If you go around the Finnish church, you will find yourself in a small square called Bollhustäppan, which is not even a square, but a courtyard that can be recognized by a well-marked spiral staircase. The square appeared in the 60s on the site of a ballroom for dancing and playing ball (Bollhus - "ball house"), built in the 17th century. 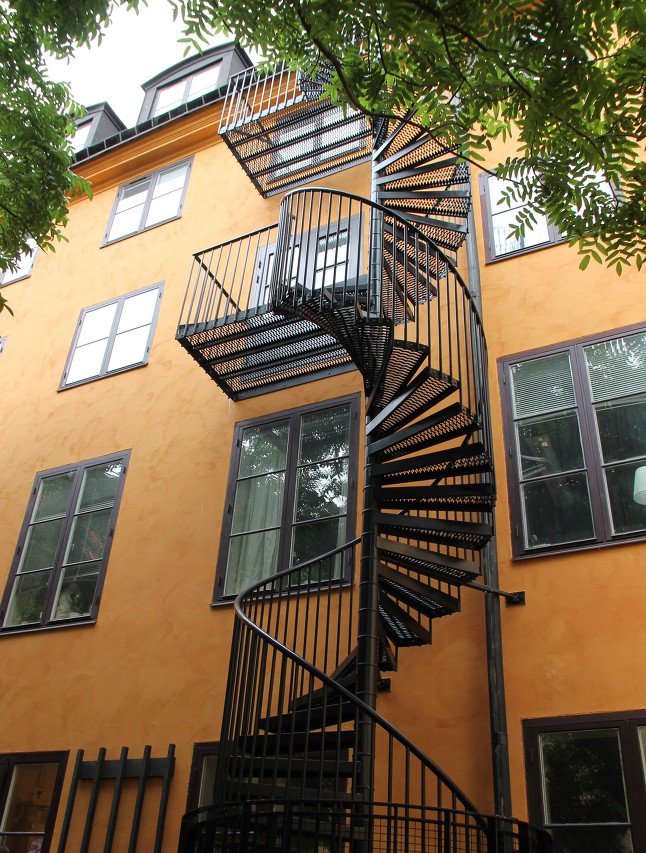 Under the wide crown of a large ash tree hides the famous Iron Boy (Järnpojke), the creation of the sculptor Liss Erikson. The author named this figure "the Boy looking at the moon" (Pojke som tittar pe menen), and the locals gave it the name Olle. This is the smallest street sculpture in Sweden, and possibly in the world. The sculptor made the figure in 1954 to embody his childhood memories: "I remember what it was like when you can't sleep and the moon shines. Then you sit on the bed, the room may be a little cold, so you had to cringe." The small size of the figure also has its own meaning, it visually increases the surrounding space, thereby emphasizing the loneliness of a small person in a huge world. 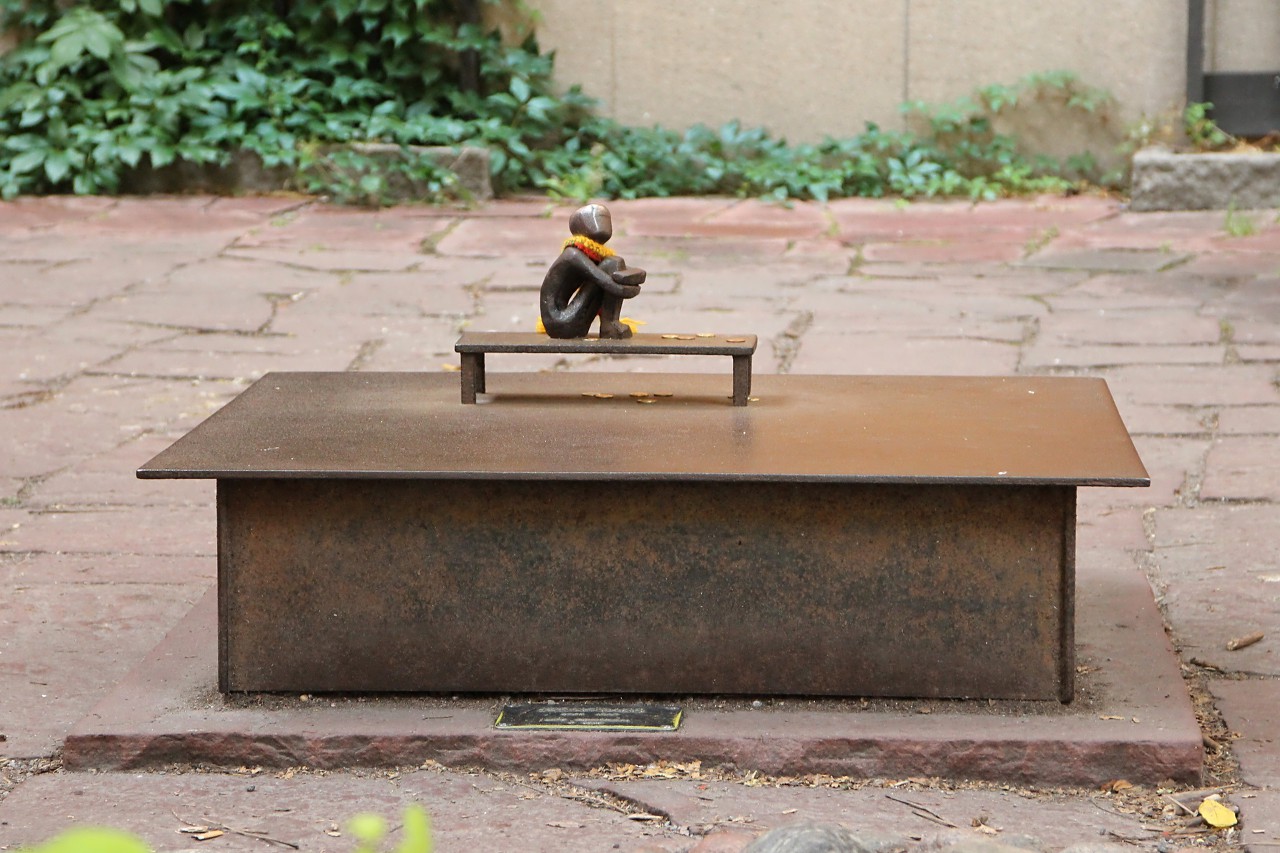 The sculpture was installed in 1967 and immediately became one of the most visited objects in Stockholm. Tourists stroke the boy's head, make wishes, leave coins, some bring sweets. By winter, the figure is dressed in miniature scarves and hats. The sculpture is watched by the servants of the Finnish church, removing the things left by visitors. According to legend, this is considered theft, but if the gifts are not removed, the figure will simply be buried under them. 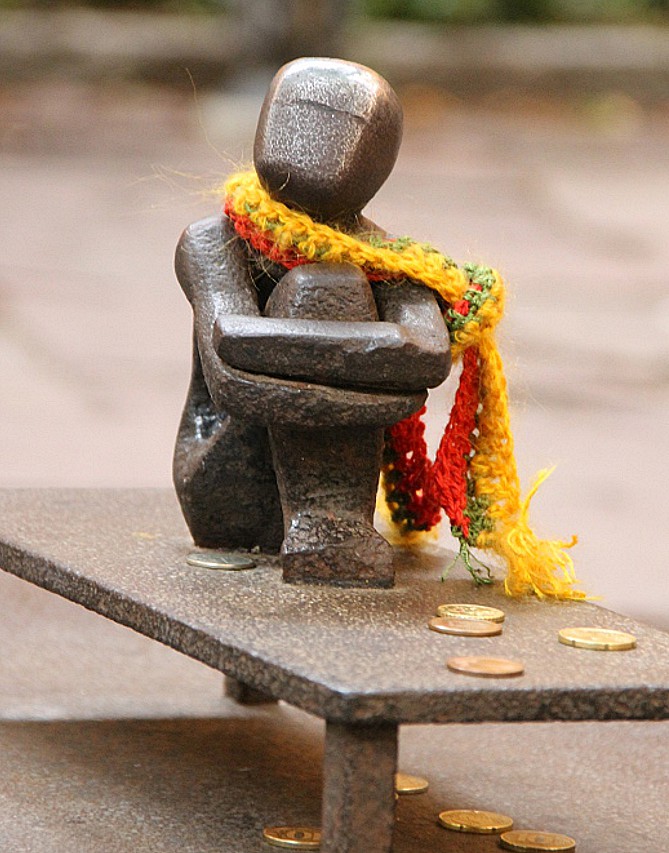