Agrigento Central station is located in the heart of the city, on the South-Eastern corner of the Old town. The railway line connecting Agrigento (until 1927 the city was named Girgenti) with Palermo was opened in 1874. The terrain did not allow the tracks to go directly to the city, and initially residents used the station a couple of kilometers North of the city. 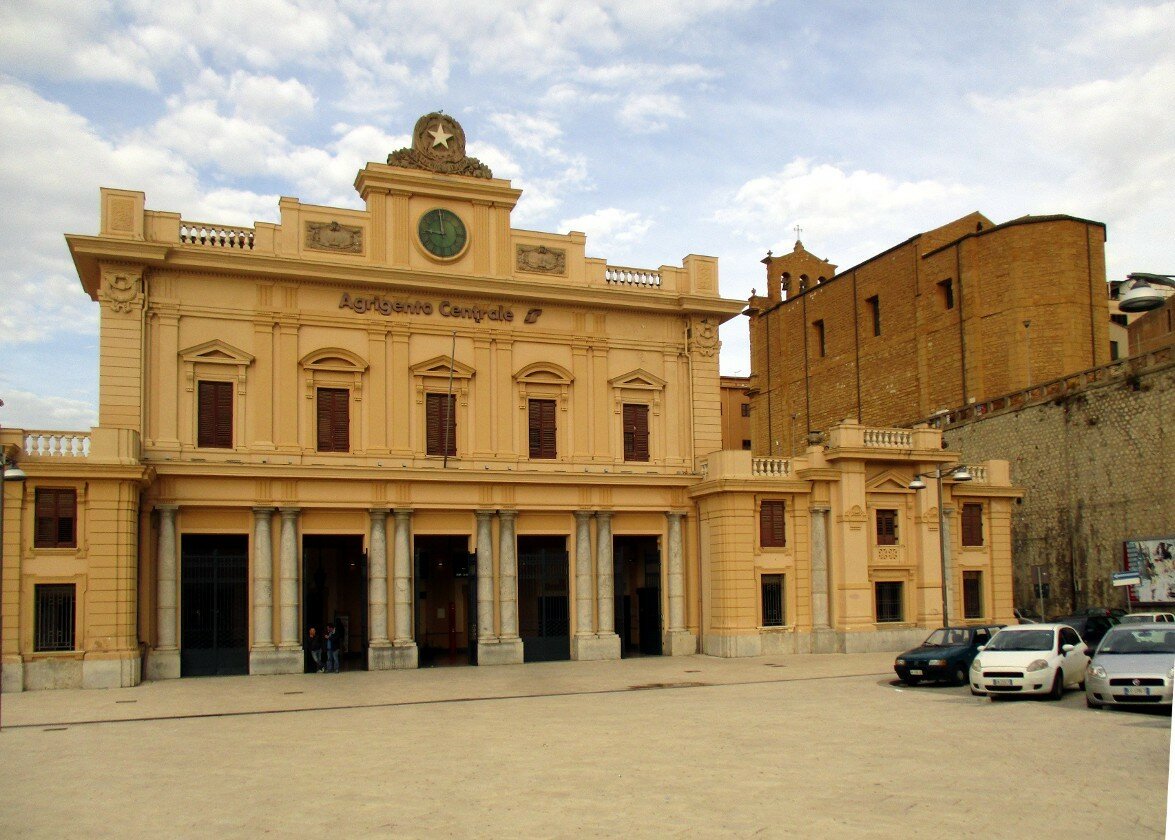 In the twenties of the last century, it was decided to build a new station, for which it was necessary to lay a tunnel under the historical center of the city. As a result of the excavation of large volumes of soil, soil subsidence occurred, causing the destruction of the medieval monastery, as well as during the laying of the line, five watchtowers built in the Norman era were destroyed. The first stone in the Foundation of the station was laid by Benito Mussolini on may 9, 1924, but construction began only in 1927. The new station was opened on October 28, 1933, and was named Agrigento Central, while the old station was named Agrigento Bassa. 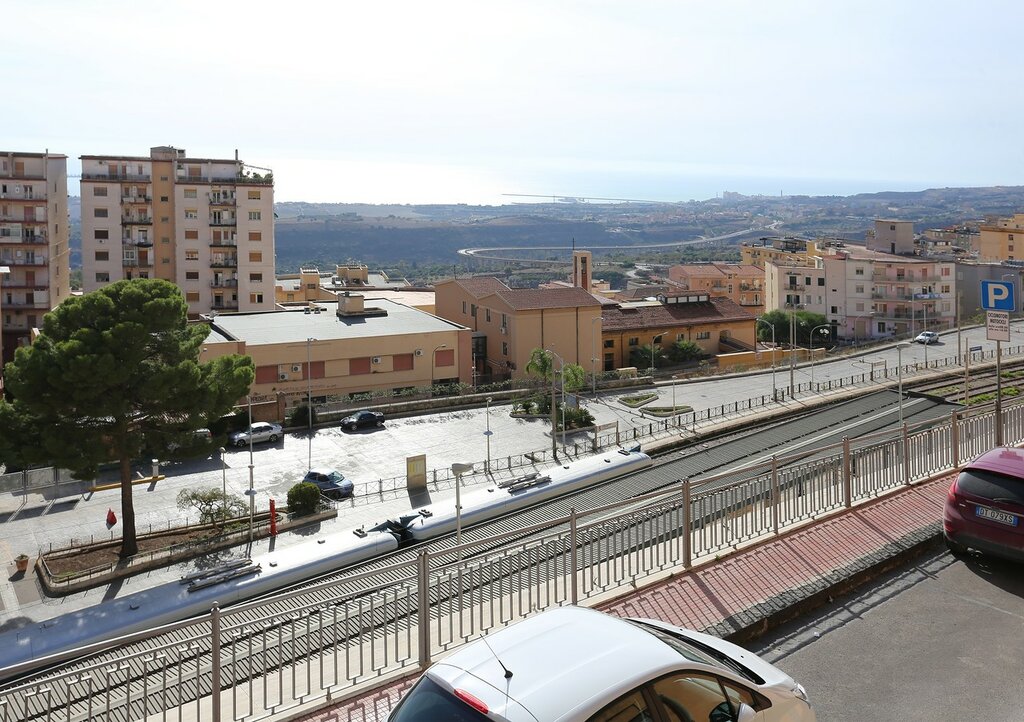 The project of the station was designed by the architect Luigi Carnois, the building is built in the neoclassical style of the fascist period. The entrance from the city and the platforms are located on different levels. in order to get to the trains, you need to go down the stairs or in the Elevator. 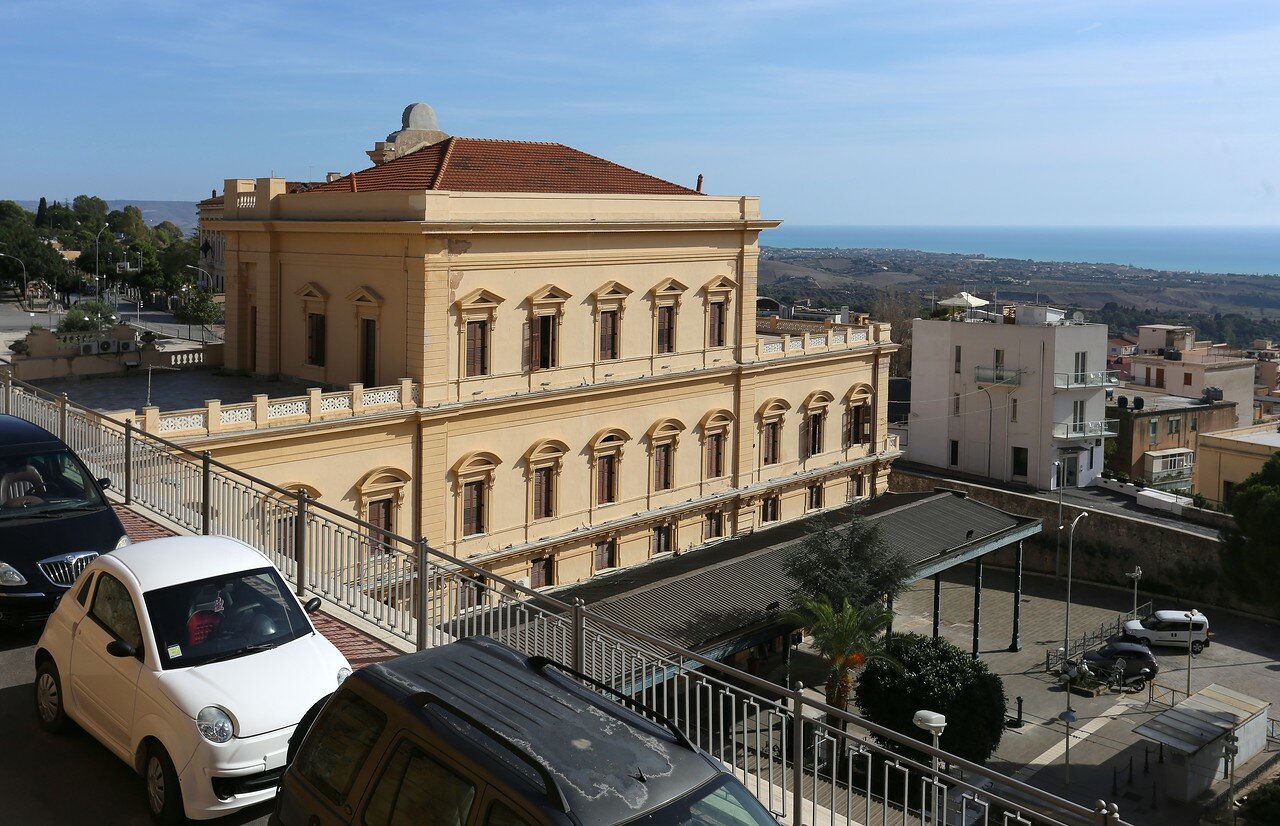 The cash register is located on the lower level, in the center of the hall there is a sculpture depicting who knows what...The ticket office is only open during the day on weekdays, and during other hours you can buy tickets from vending machines. 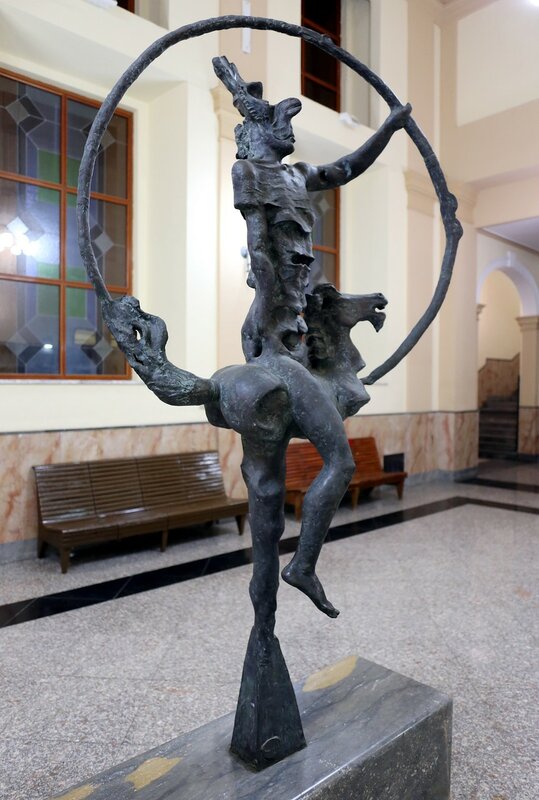 You can also buy a ticket for cash at the vending machine on the platform, whereas the ticket office only accepts cards. 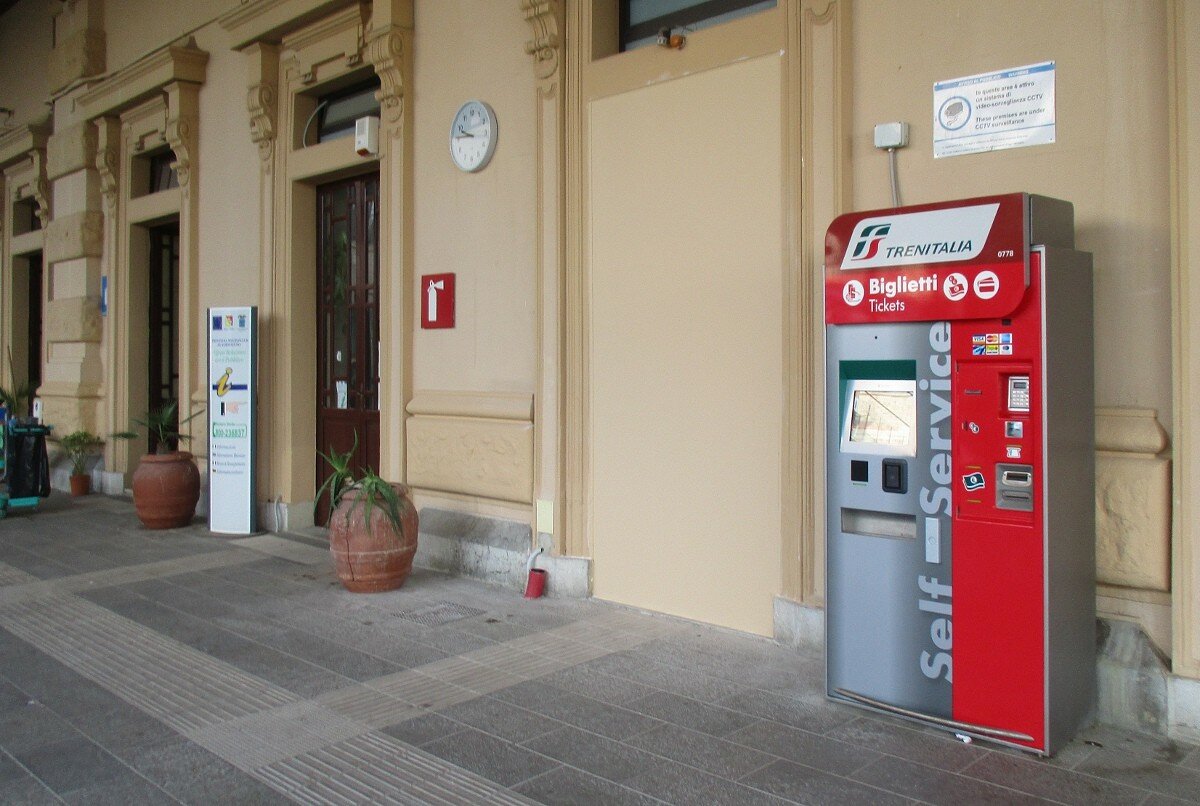 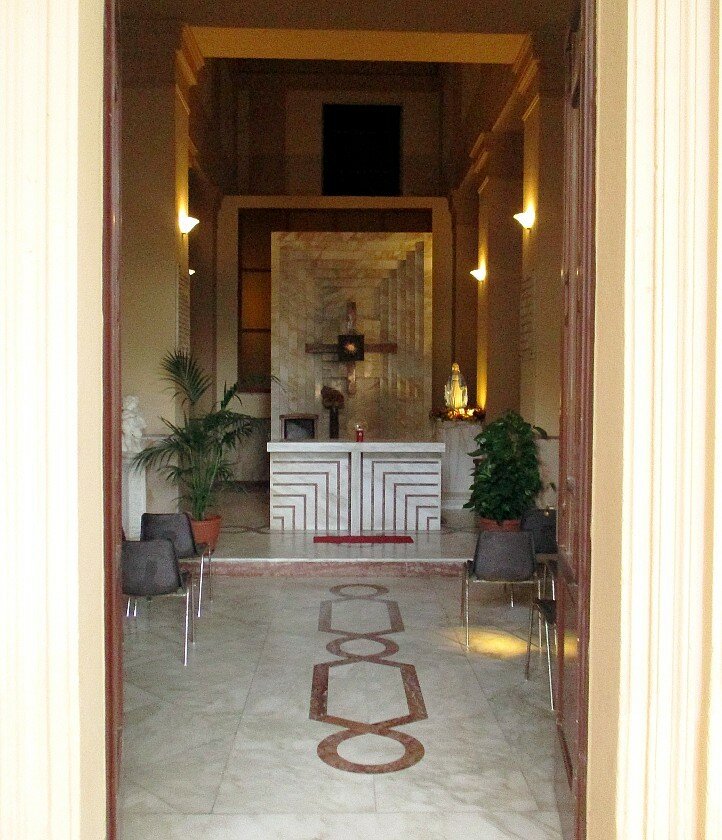 Validator-composter. Tickets must be composted before boarding - the name of the station, date and time are printed in a special field on the edge of the ticket. Tickets received at the box office, big sheets, everything is clear with them. But the machines give a small piece of paper - it must be inserted end-on with an arrow in the left part of the slot. Without a note validator the ticket is not valid, never forget them to be composted. Tickets on Italian trains are always checked! Of course, you don't need to put a printout of an electronic ticket purchased over the Internet into the device - the ticket collector only needs a number or barcode. Yes, and the paper is not particularly necessary - reading the barcode from the smartphone screen is a common thing. 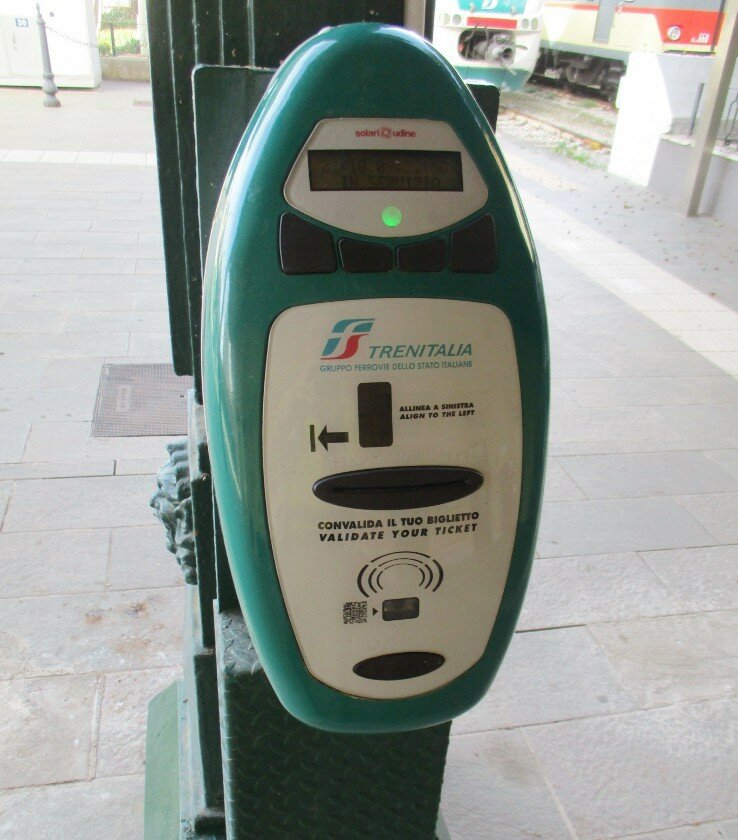 In the direction of Palermo, trains run at intervals of an hour and a half, the journey time is about two hours. There are direct trains to Caltanissetta and Catania. 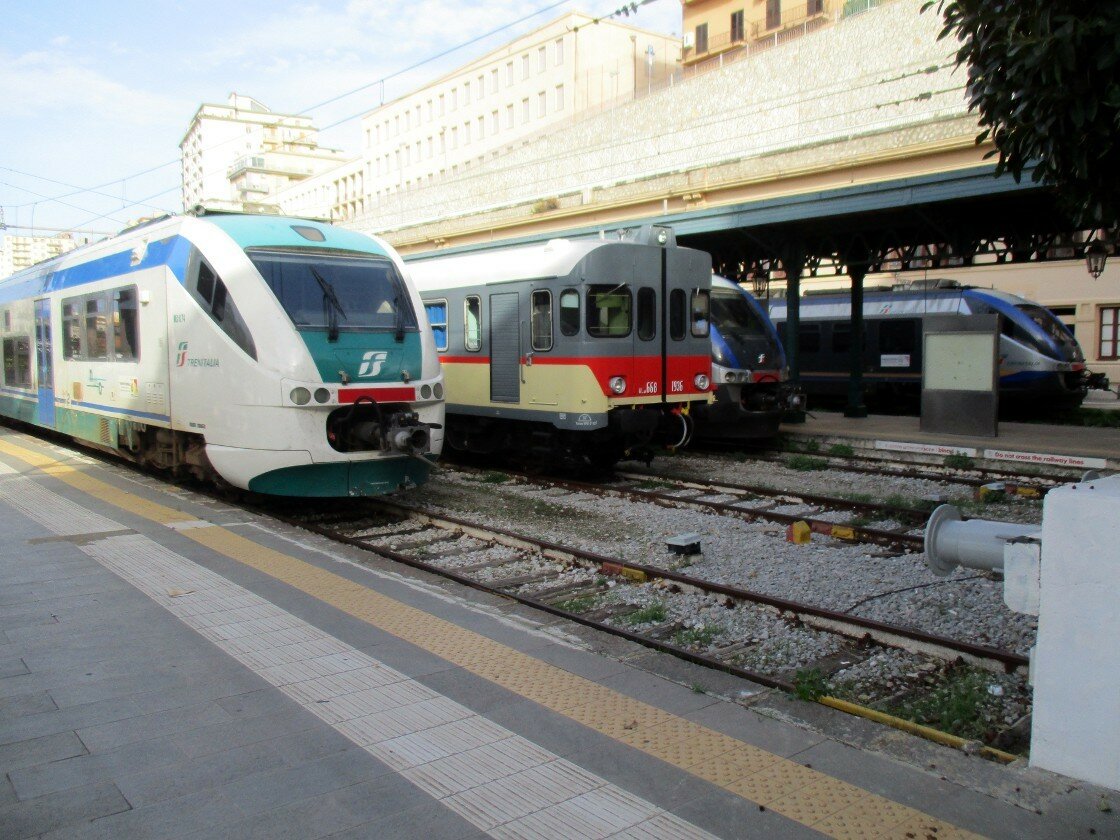 At the station, you can see both modern high-speed trains and rare local cars. 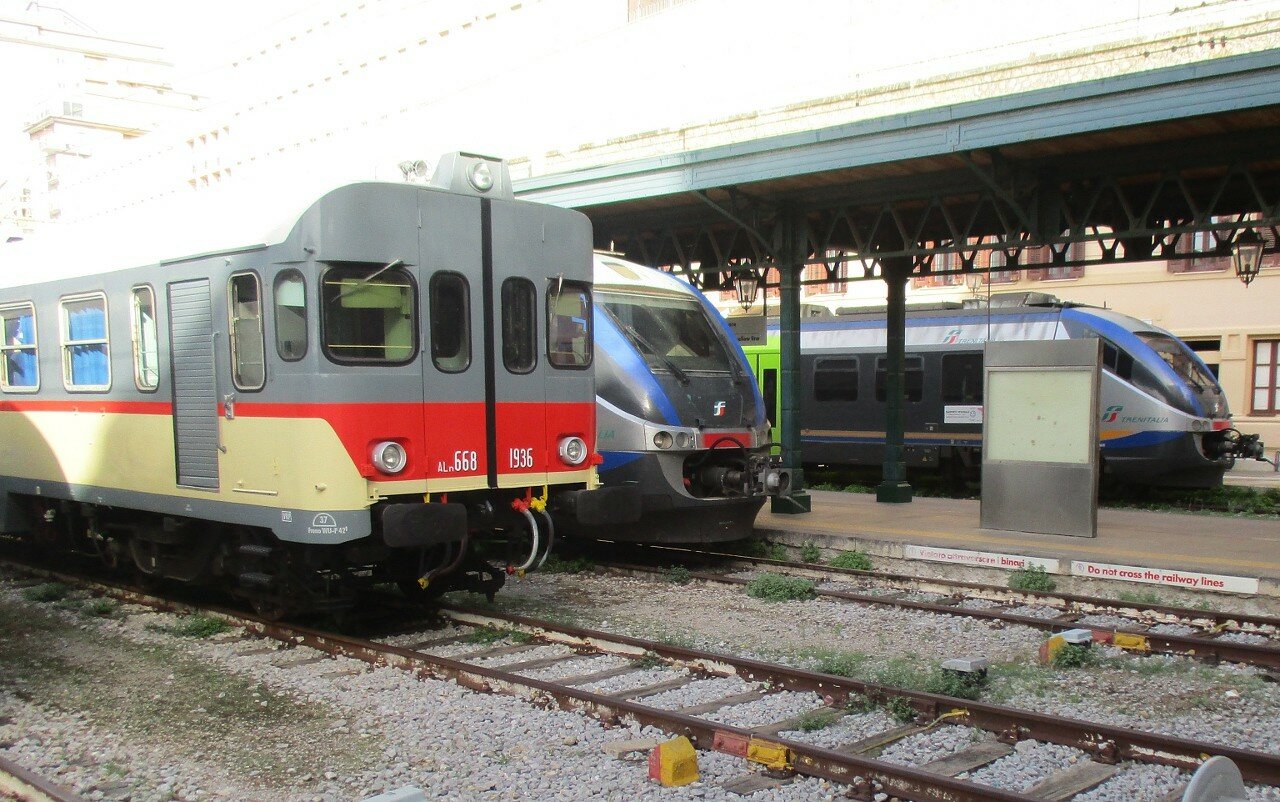