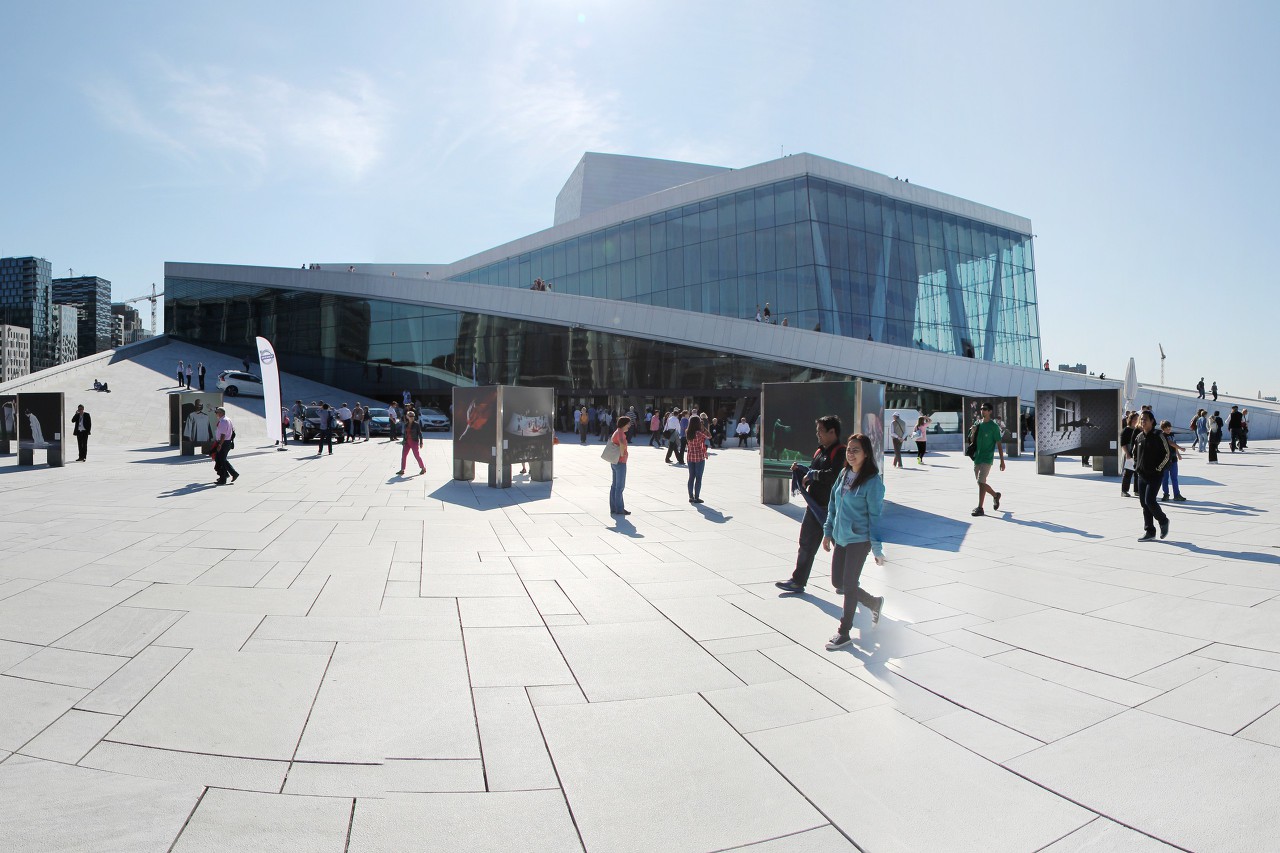 It is not surprising that Oslo is probably the only European capital that did not have an Opera house until the third Millennium. The need for its construction was discussed at the end of the 19th century, but the decision was made only in 1999. After a long debate in Parliament, the Norwegian government decided on the construction site and announced an international architectural competition. The competition was attended by leading architects from all over the world, they presented about two hundred projects, but the victory went to the Norwegian architectural Bureau Snøhetta. 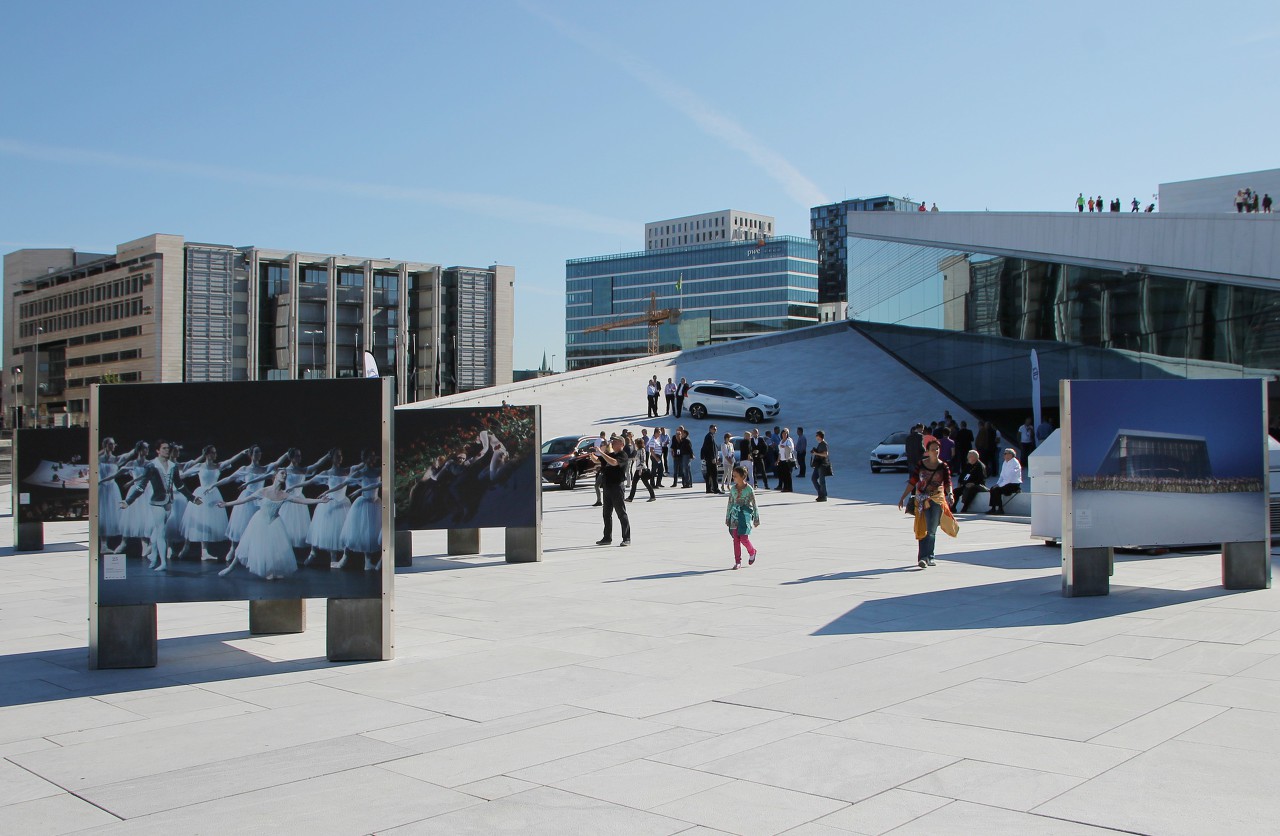 Snøhetta's architects proposed an ultra-modern high-tech structure that would serve as a link between the modern development of the Eastern part of the city and the historical center. NOK 300 million was allocated for construction, a huge amount that made up 7% of Norway's annual budget. Construction of the theater began in 2003. The excavation of the Foundation was carried out under the supervision of archaeologists, the Bjorvik Peninsula appeared as a result of raising the bottom and there was a high probability of finding the remains of sunken ships in ancient times. They are capable of generating up to 20 thousand kilowatt-hours of electricity per year. the theater was officially opened on April 12, 2008 in the presence of king Harald V of Norway, Queen Margrethe II of Denmark and President of Finland Tarja Halonen. 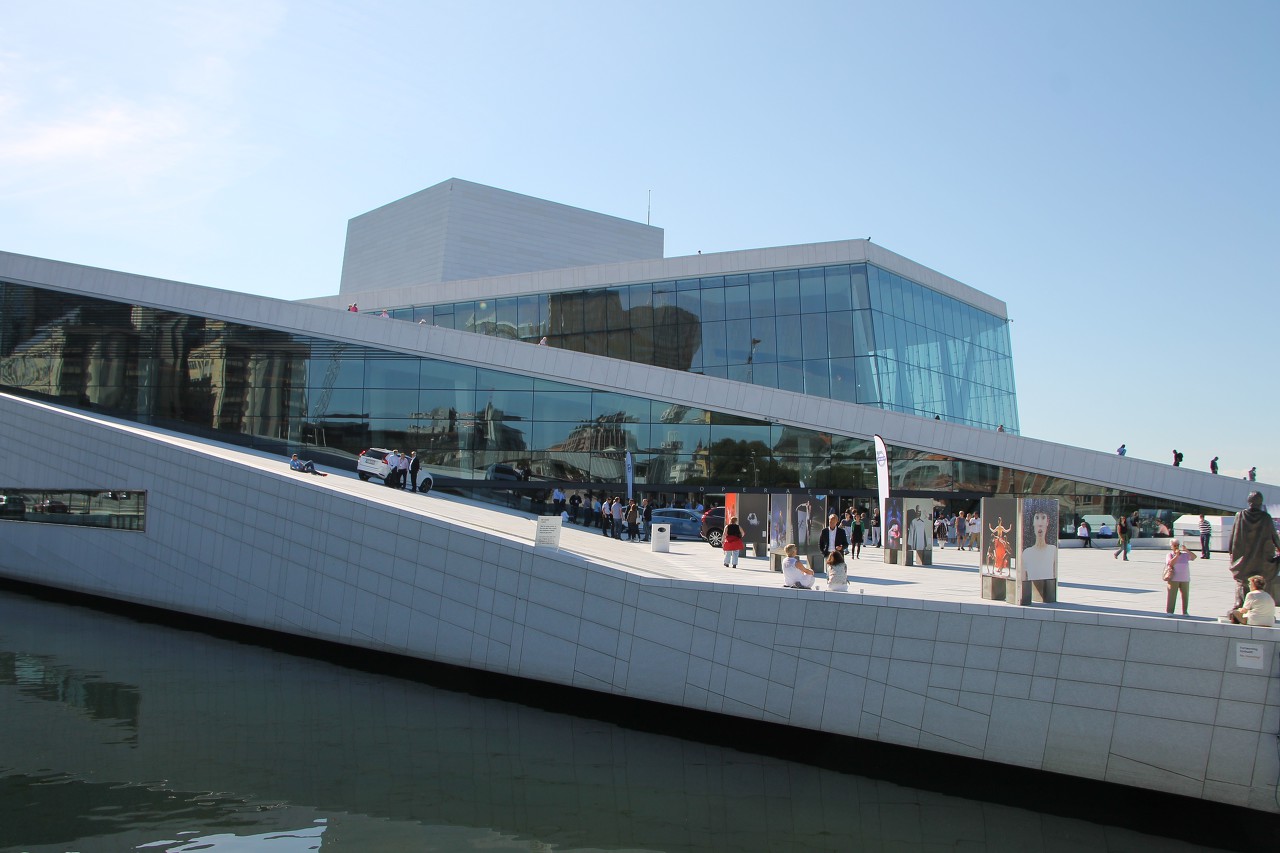 The snow-white building with asymmetric broken shapes resembles a huge iceberg. The designers paid great attention to energy saving technologies, in particular, the theater's electricity needs are partially covered by solar panels with a total area of 300 square meters, located on the southern (rear) facade of the building. 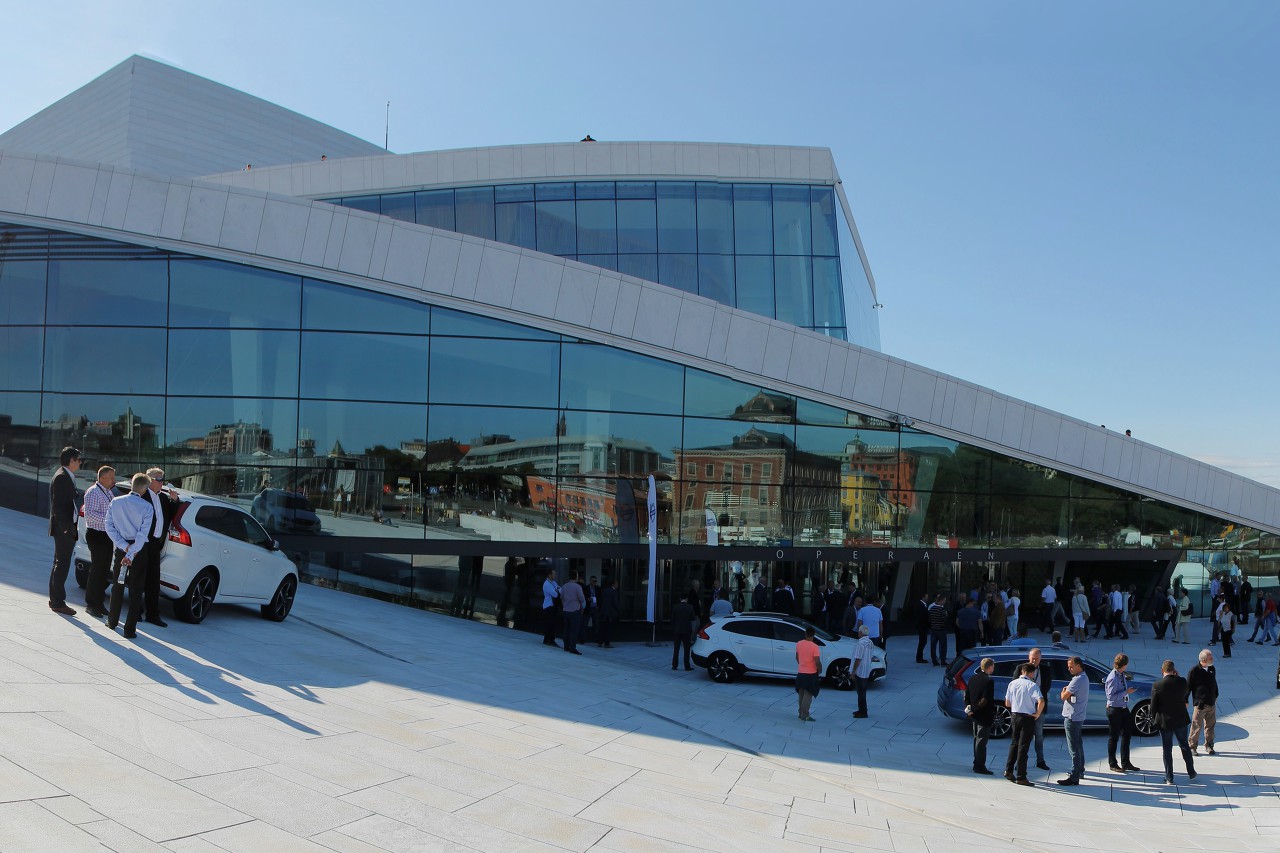 The roof of the theater is three connected inclined planes covered with 36 thousand slabs of white Italian marble. The slabs have a different texture, and the changing slope creates a play of light, giving the building a larger volume. 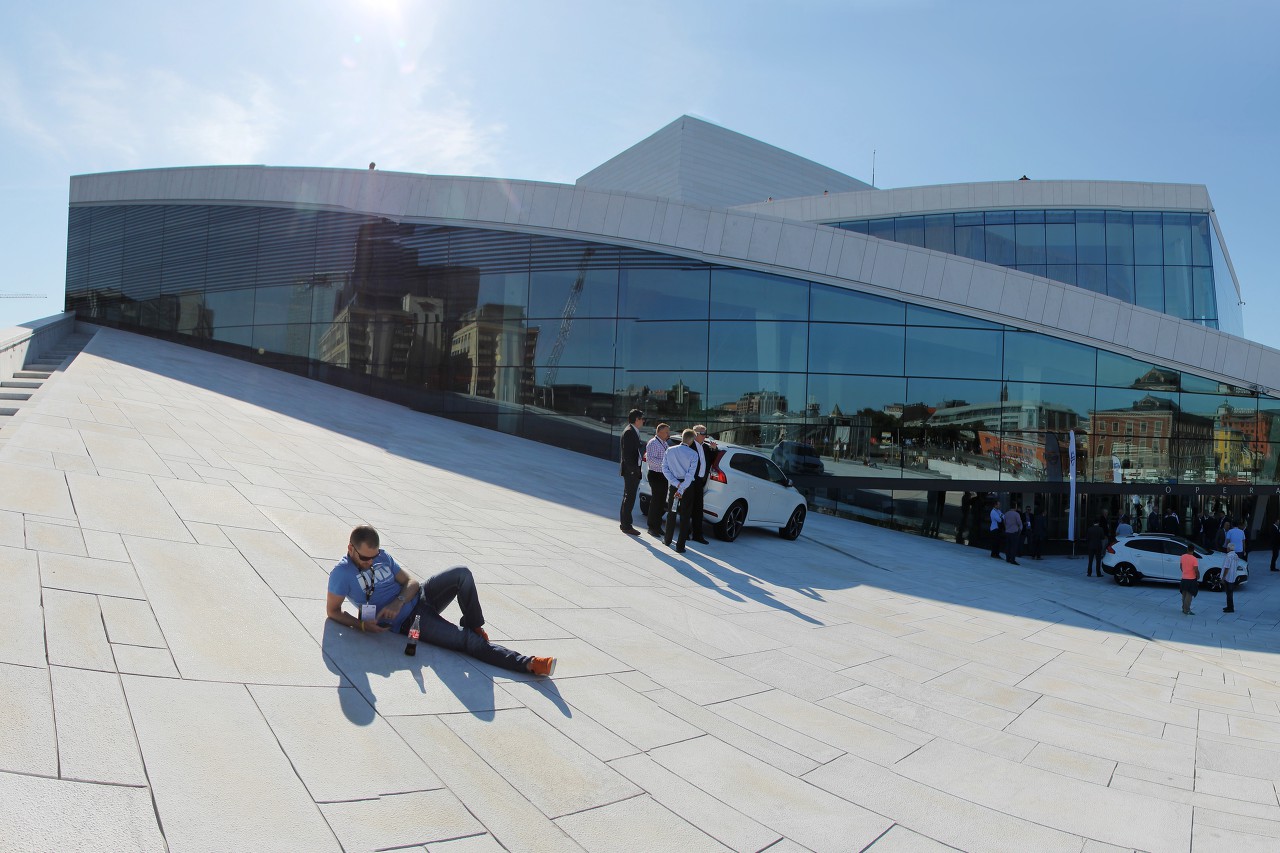 In fact, the roof is a continuation of the promenade Operaen, which anyone can use climb to the top of the building, where you can enjoy a wonderful view of the Oslo fjord. 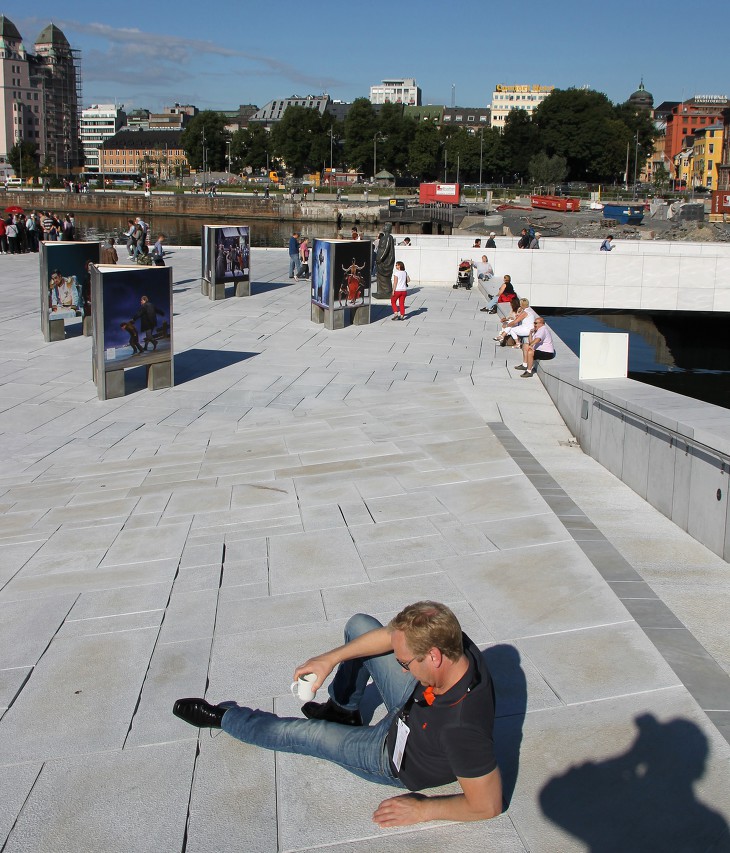 The roof of the theater quickly gained popularity among citizens and visitors of Oslo. Only in the first eight months after the opening of the theater 800 thousand people walked through it. 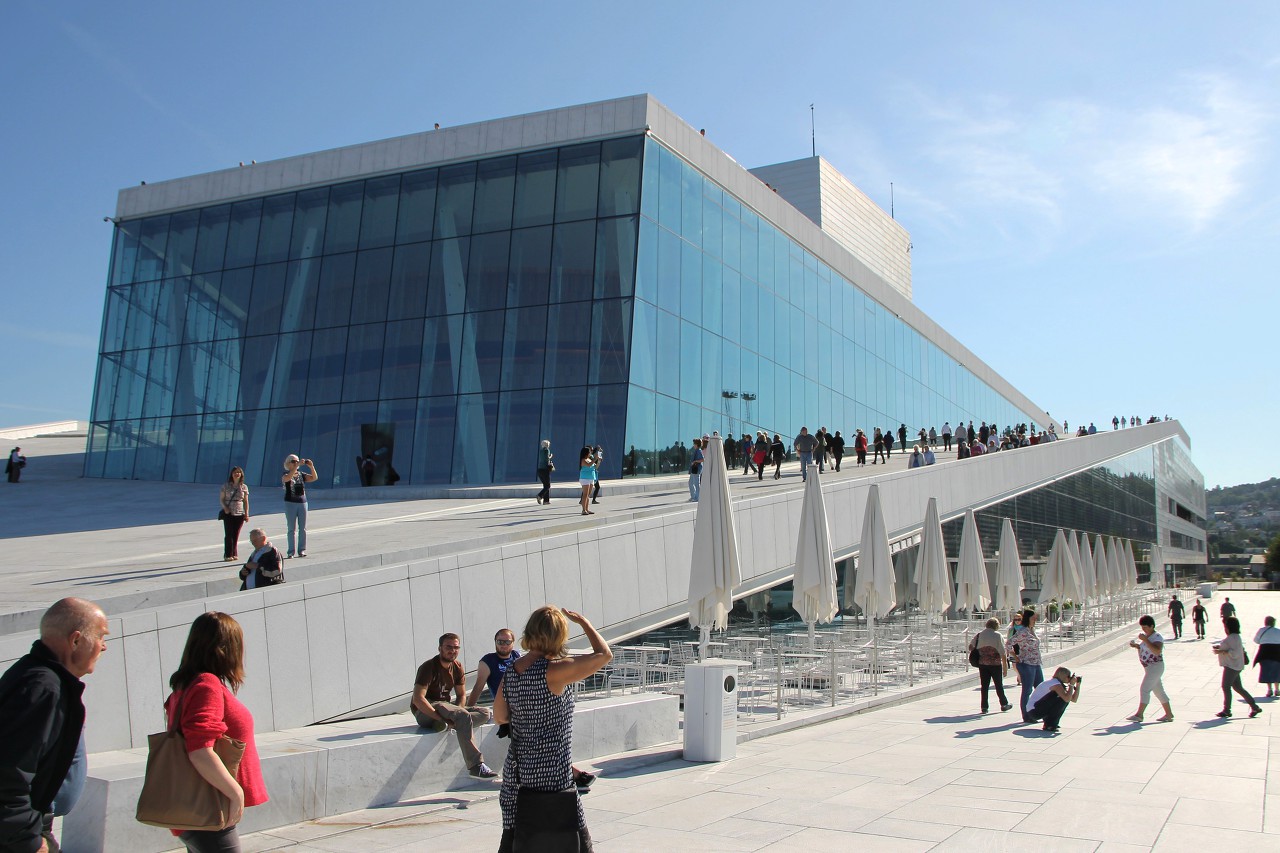 In the year of its opening, the theater building received an award at the world architecture festival in Barcelona. At the same time, the theater in Oslo was noted not only for its original architecture, but also as a tourist destination that instantly became popular. In 2009 the theater was awarded the European architecture award Mies van der Rohe Award. 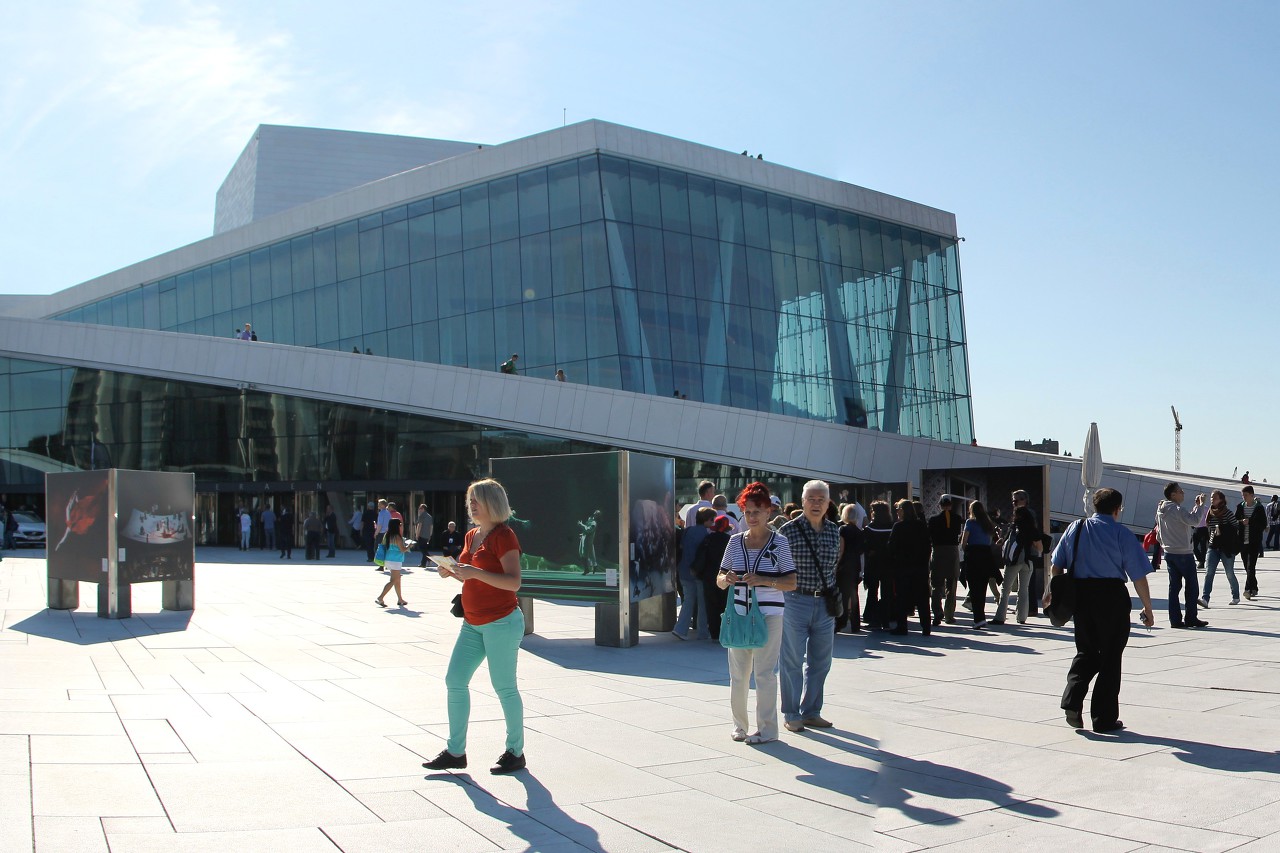 In front of the theater there is a monument to Kirsten Flagstad, soprano Opera singer, recognized as one of the greatest performers of roles in Wagner's musical dramas. Her voice had power and brilliance, but at the same time lyricism and flexibility. Kristen was born on July 12, 1895 in Hamar, in the family of a conductor and a pianist. She studied in Oslo and Stockholm, and made her Opera debut in 1913. Flagstad came to prominence in 1932 when She first performed the role of Isolde in Wagner's Tristan und Isolde. In 1935, she made her debut with great success at the Metropolitan Opera in new York as Sieglinde in Valkyrie. Since then, she has performed frequently in the US and London. In addition to Wagnerian roles (Isolde, brunhilde, Sieglinde, Elizabeth, Elsa, etc.), she often performed the role of Leonora in Beethoven's Fidelio. The singer collaborated with many outstanding conductors, such as Wilhelm furtwengler, Fritz Reiner, sir Thomas Beecham, and others, her partner was the great tenor Lauritz Melchior. Kirsten Flagstad left the stage in 1955, and in 1957 her last concert was held, where she performed Grieg's songs. In 1958-1960 she was the artistic Director of the Norwegian Opera. 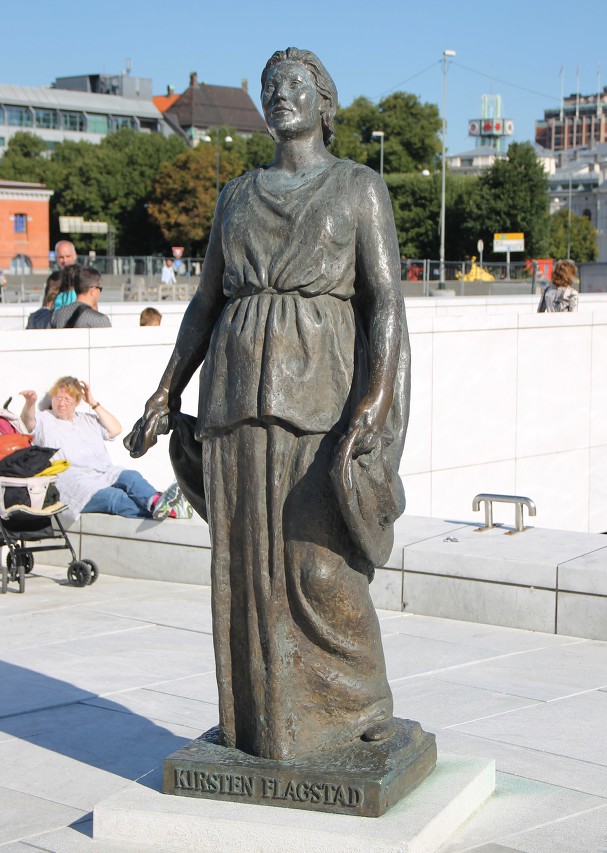