After a short acquaintance with Finland we will spend the night on the Europa ferry, which will take us to Stockholm. The ferry reached the port after dark, and I watched with great interest as such a huge vessel maneuvered at high speed. I had seen a lot of mooring operations on Russian river cruises, and they usually took a long time, so I never expected the Europa to dock with such speed and accuracy. Boarding also took place very quickly, in several streams, in order to get on Board, you just need to attach a ticket with a barcode to the scanner on the turnstile. No one asks for documents. Then you need to follow the gallery to the desired ramp specified in the ticket. This way, passengers get on Board the ferry as close to their cabin as possible. 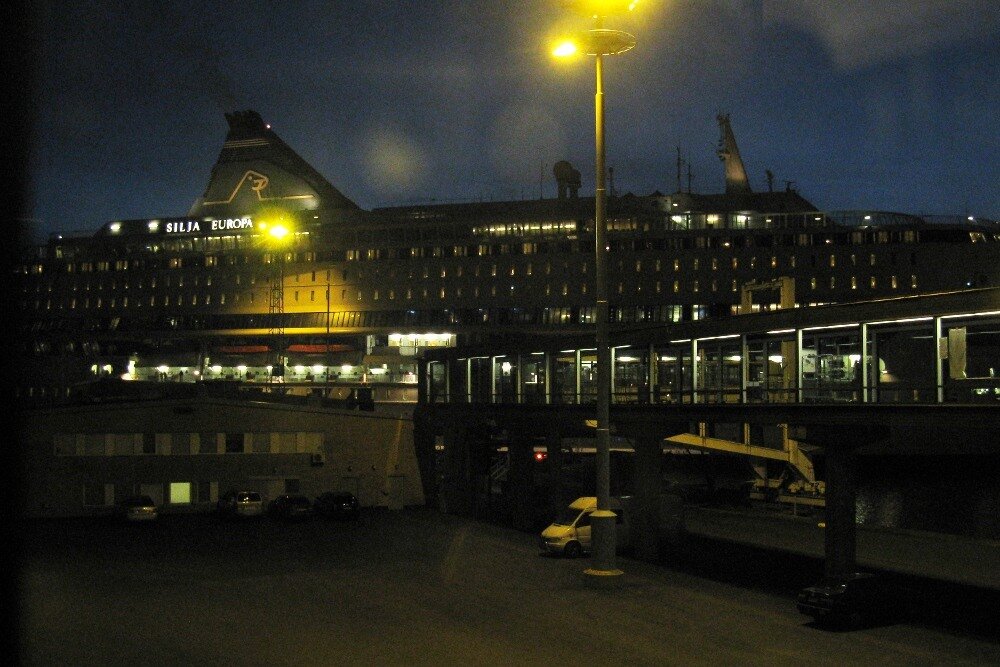 Our cabin was on the second deck, well below the waterline. Oddly enough,I didn't feel any discomfort or signs of claustrophobia, although I had expected something similar. The stairways leading down were very wide, and the corridors were just as wide. The four-person cabin was much more spacious than similar rooms on the river boats mentioned above, mainly due to the very wide berths. The cabin, of course, had a bathroom with a shower. Perfect cleanliness, fresh air, as well as a smoke detector and a sprinkler on the ceiling contributed to a sense of comfort and security. 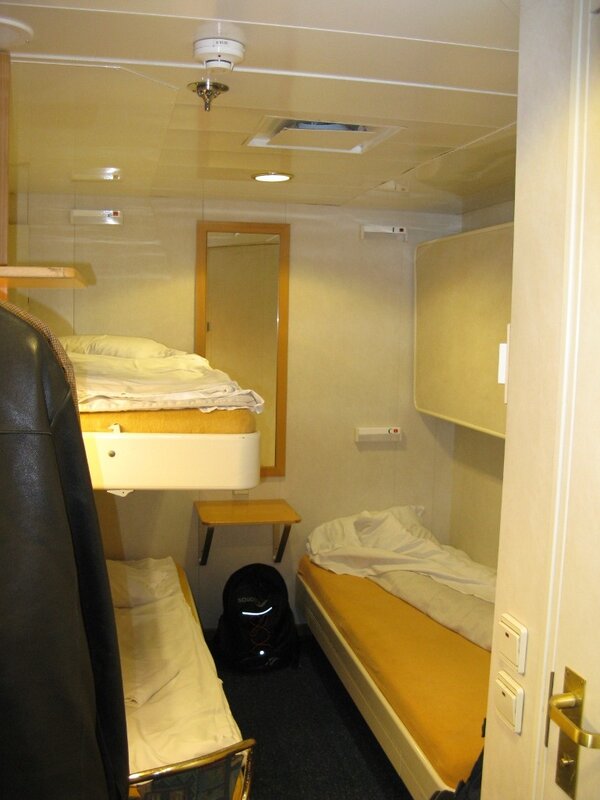 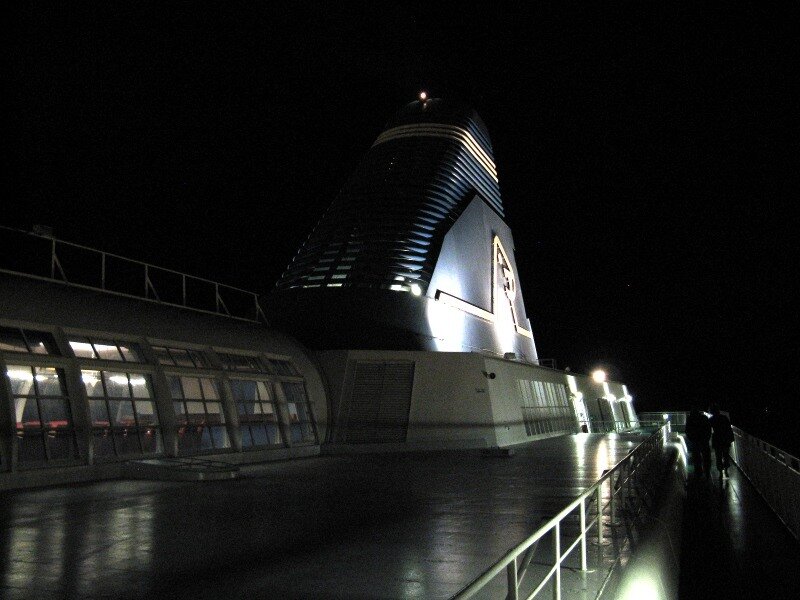 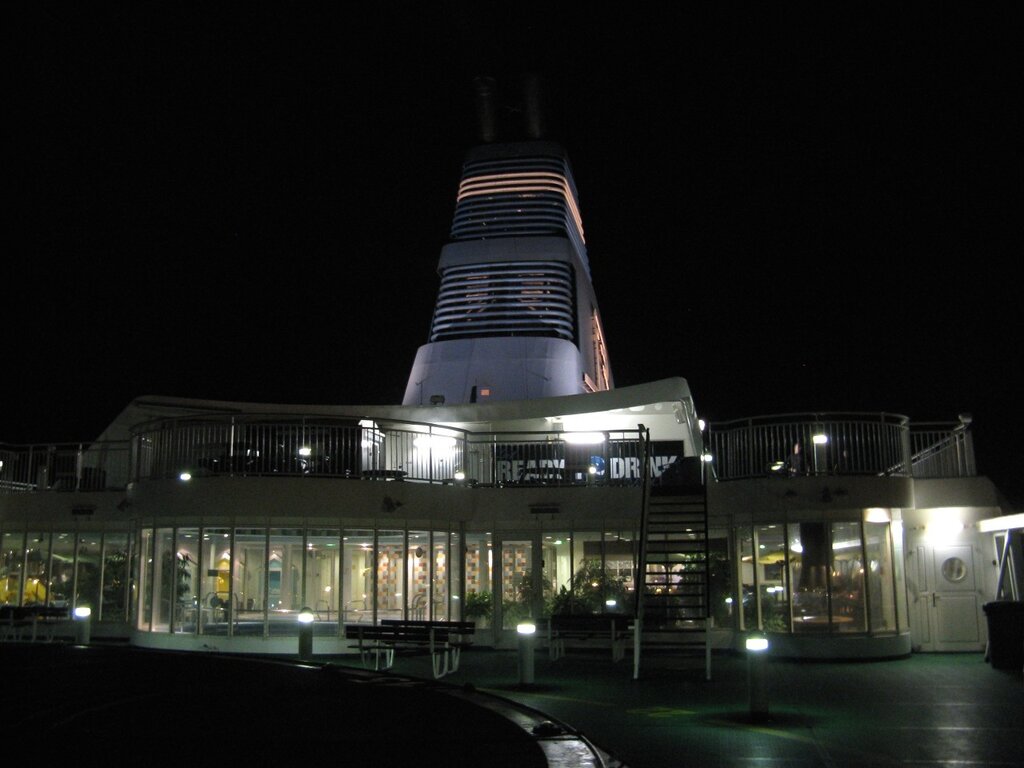 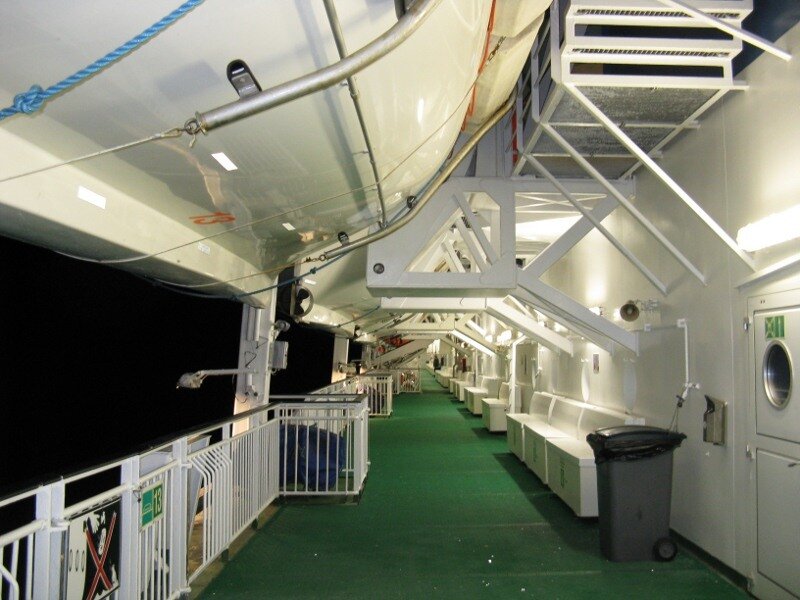 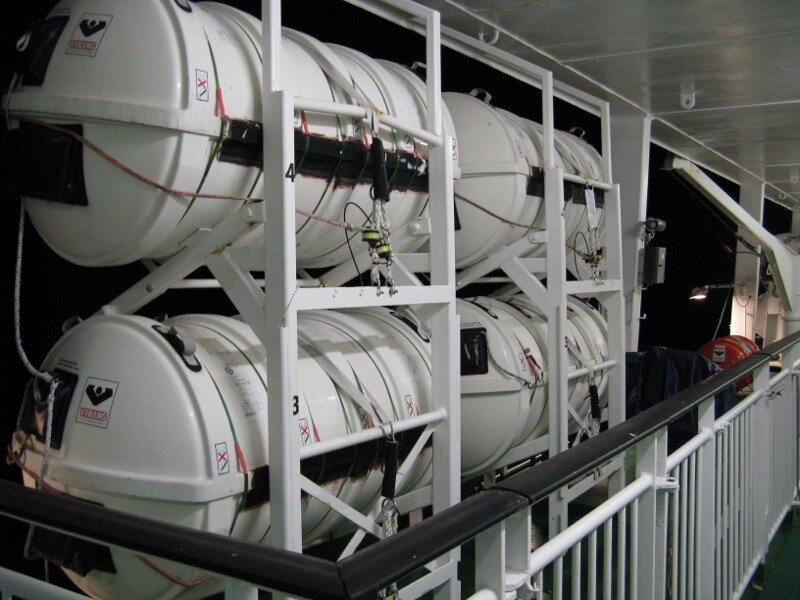 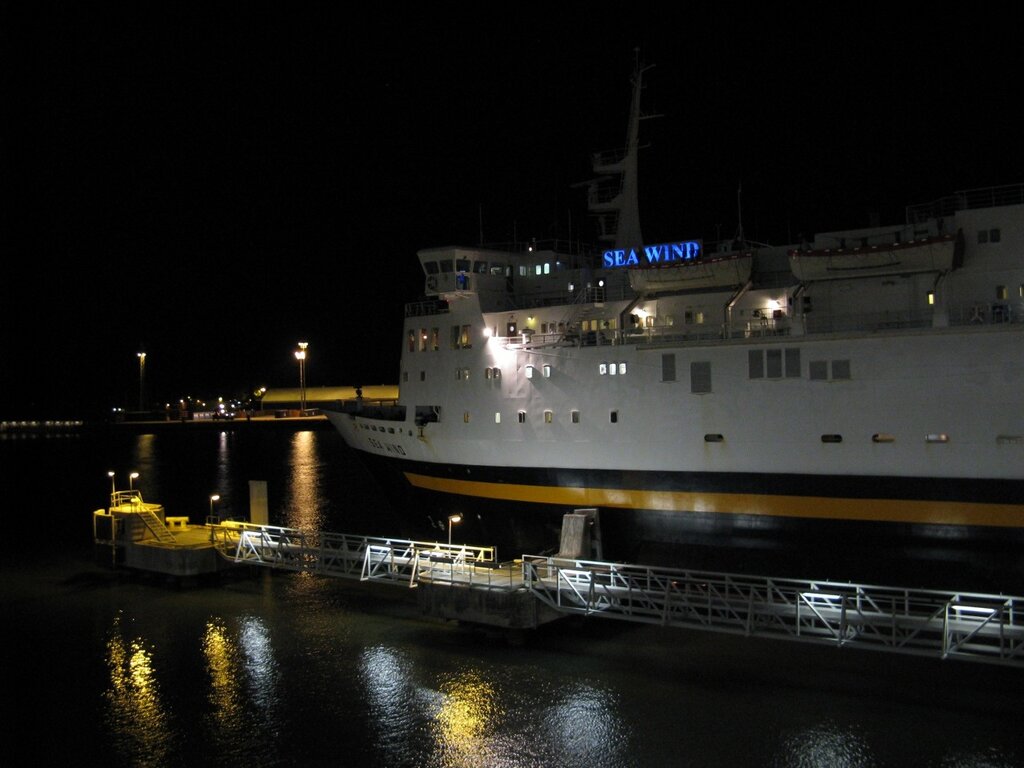 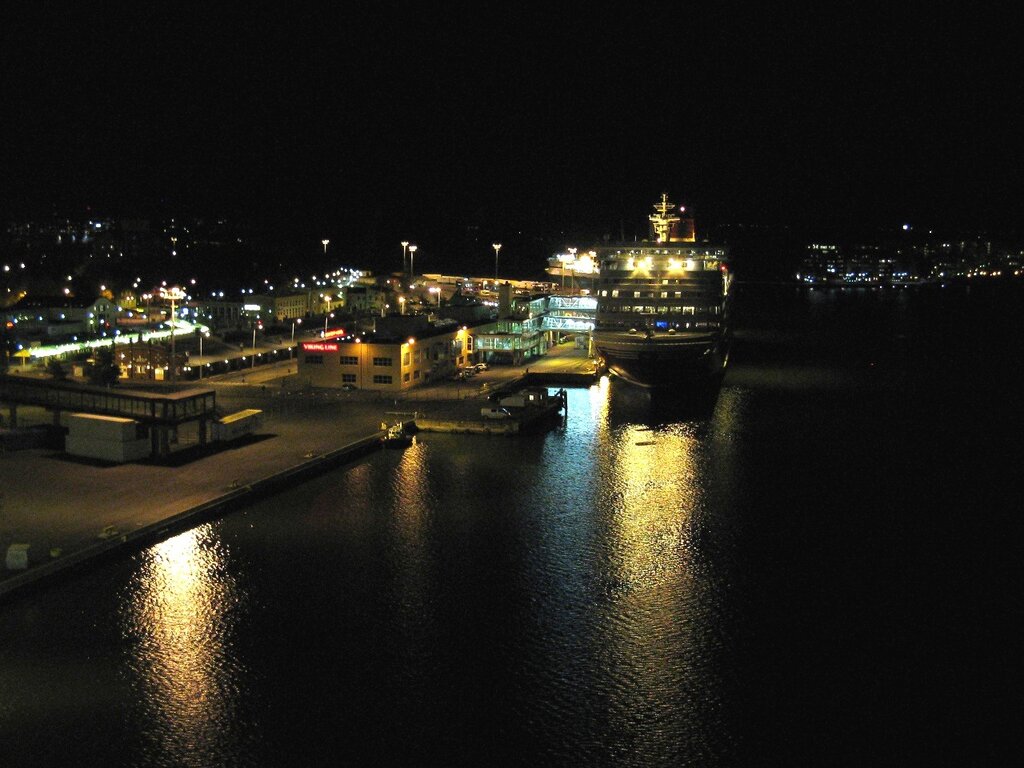 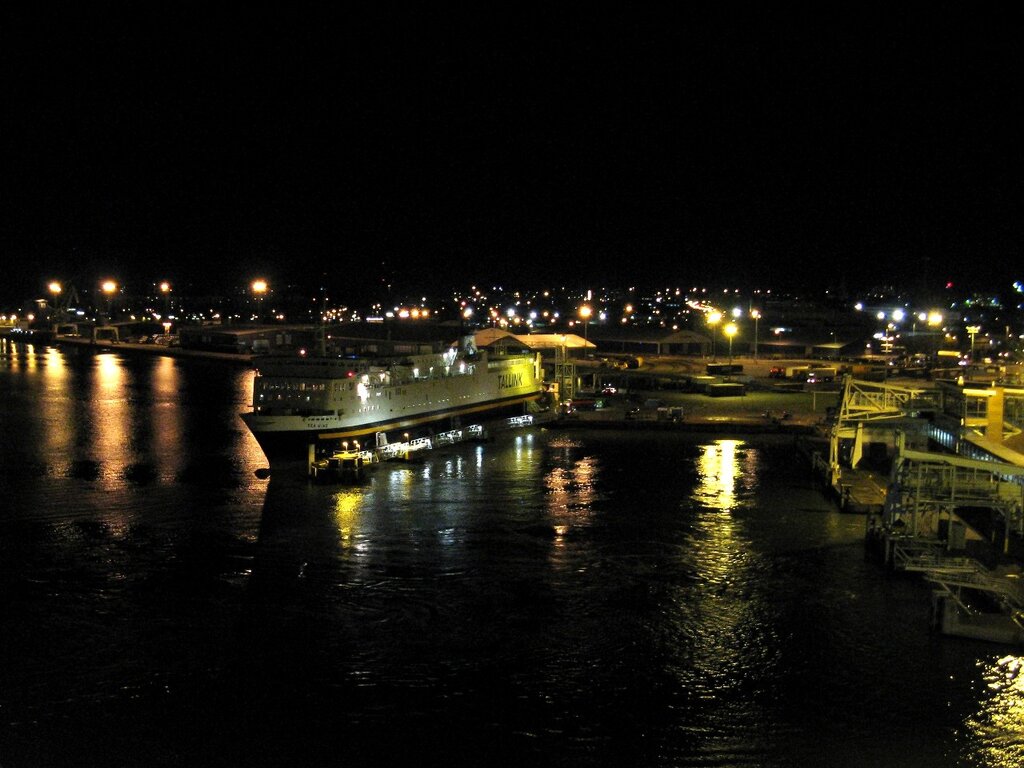 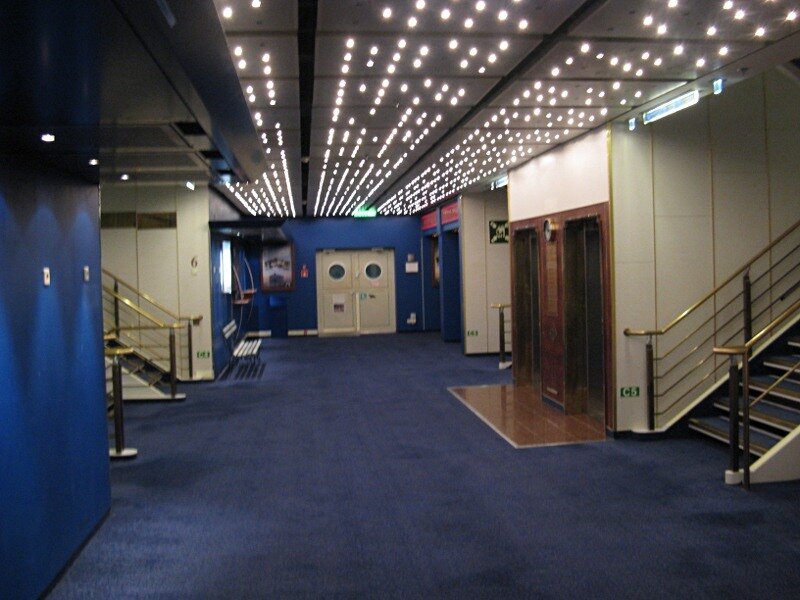 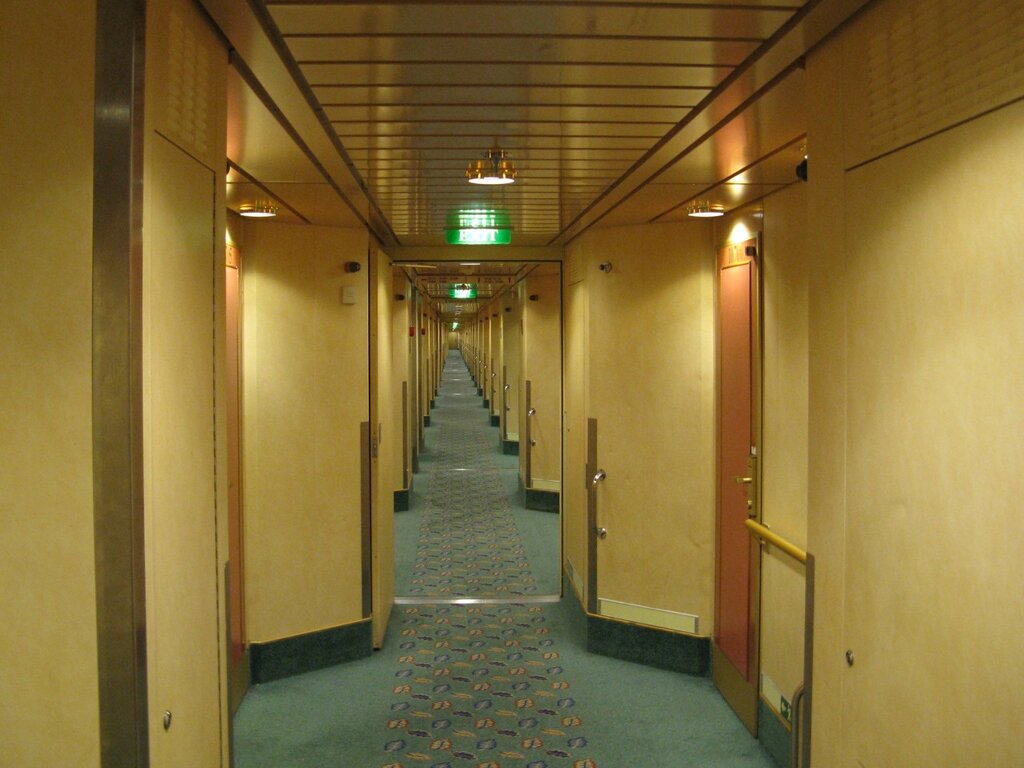 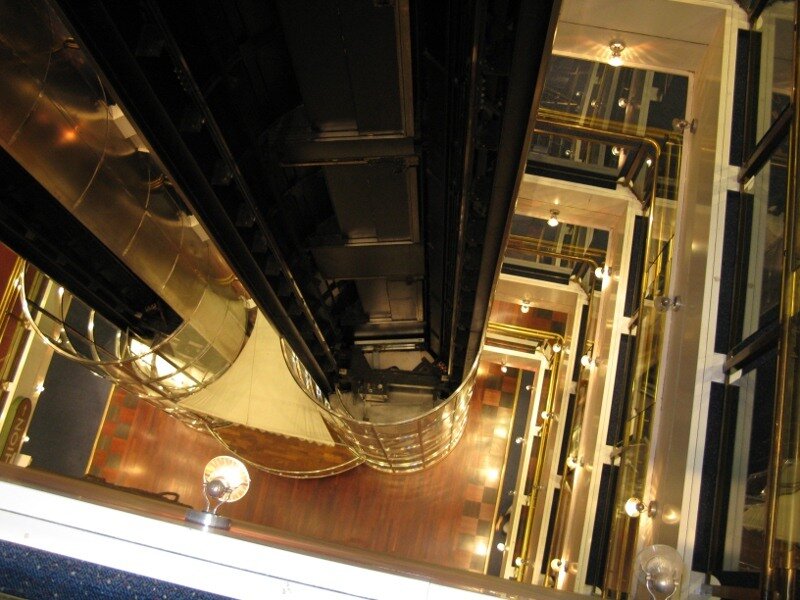 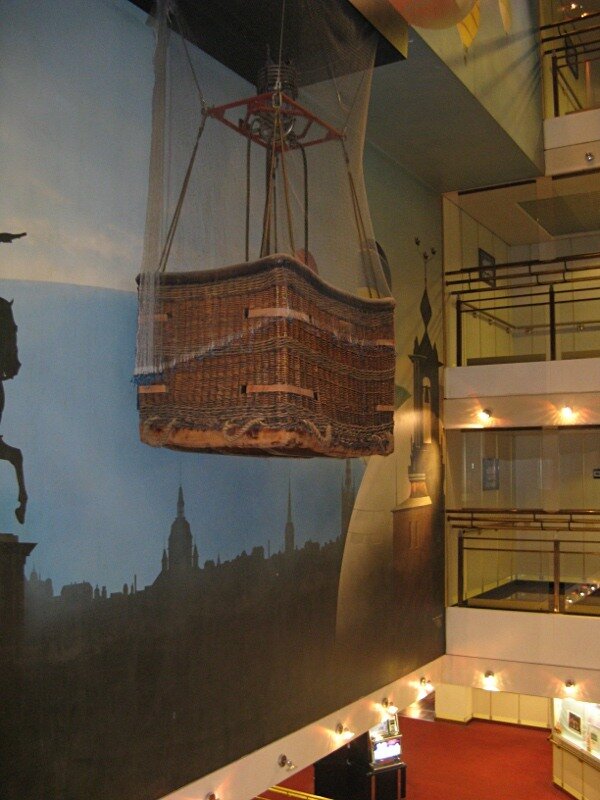 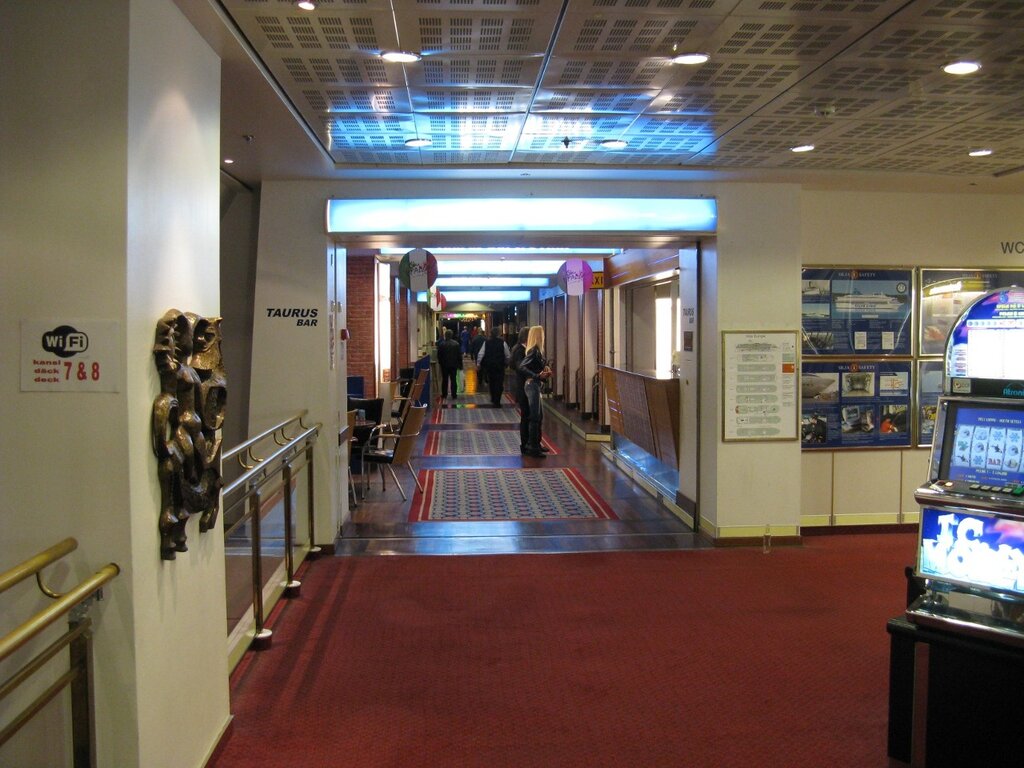 In the halls of the ferry hang the original arrows a clock that shows both Finnish and Swedish time, which differs by an hour. 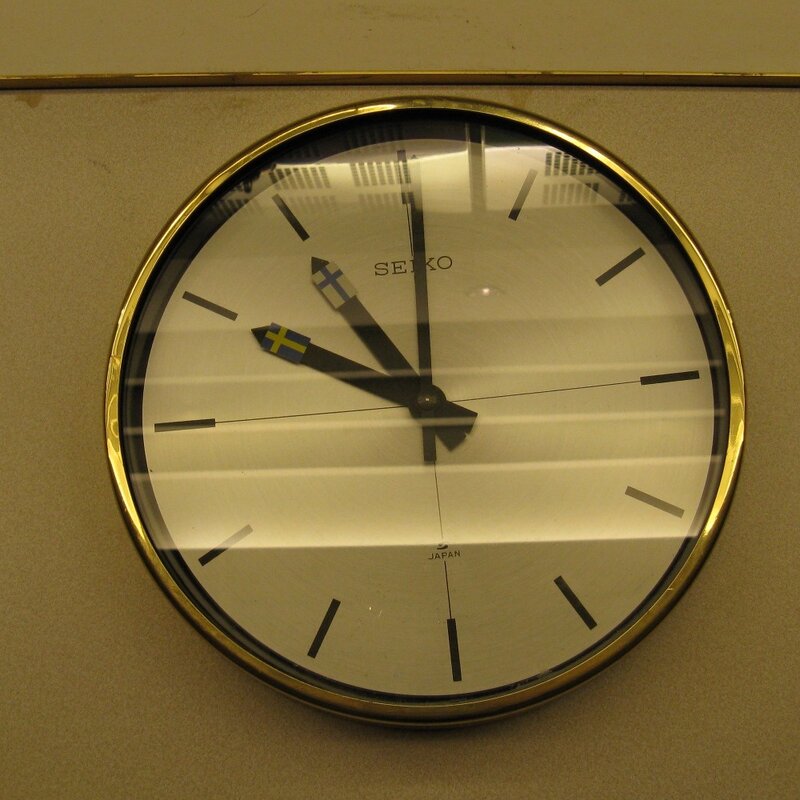 After wandering through the endless corridors, I headed to the Ocean club, where the entertainment program continues well into the night. This is an institution for a relaxing time, the musical repertoire is appropriate, although there is a place for dancing in front of the stage. Of course, this is not the only place on the ferry where you can pass the time, there are also a couple of bars at the service of passengers, a disco until 5 am. There is a sauna, a beauty salon and a Barber shop. 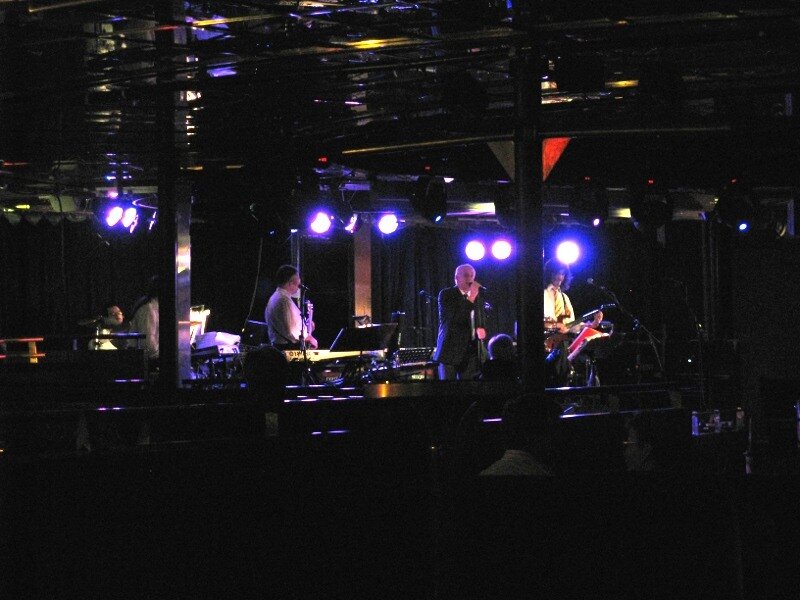 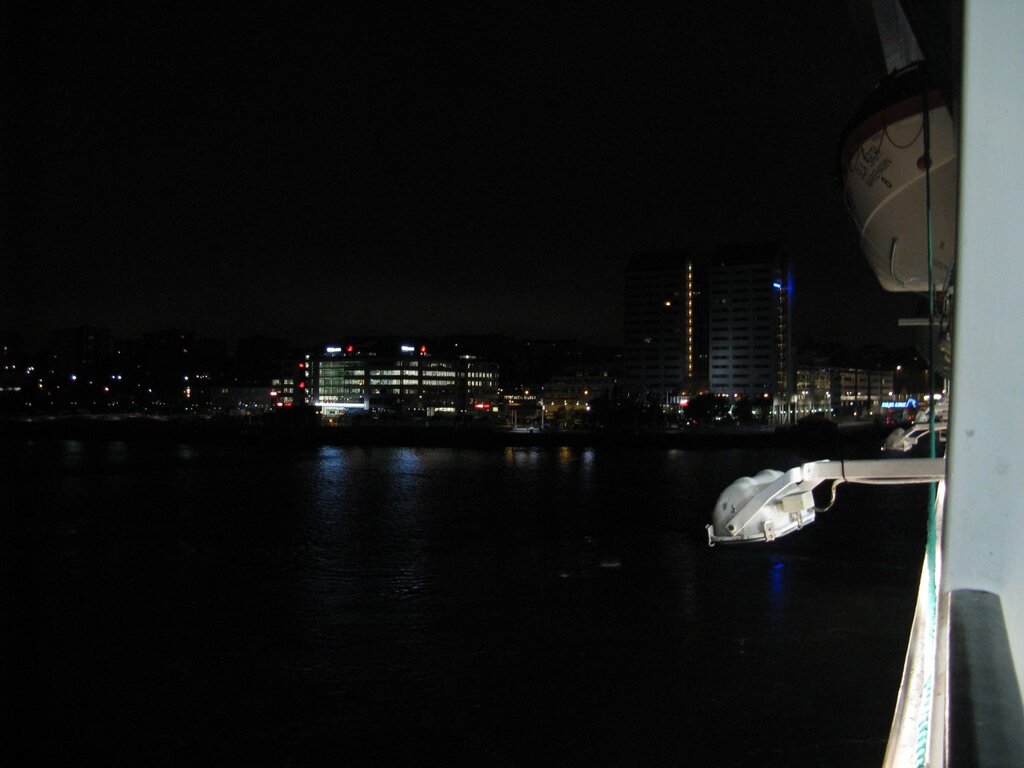 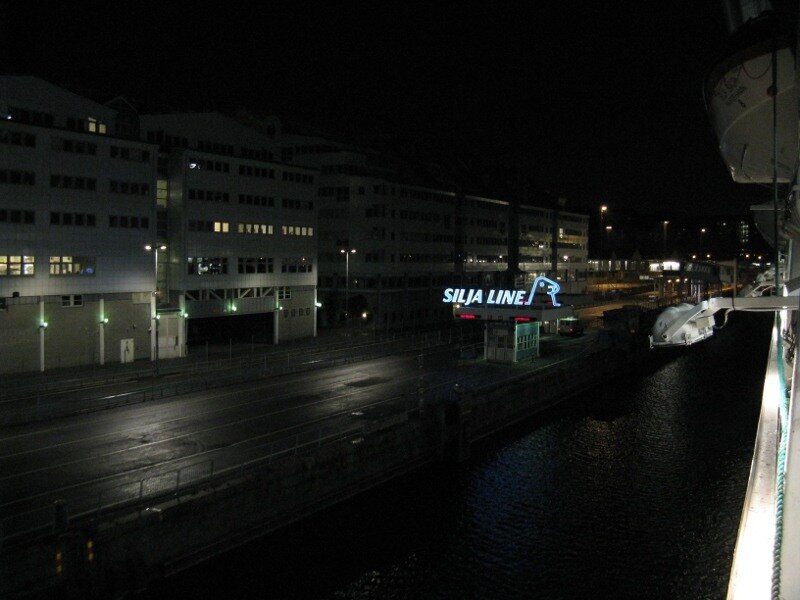 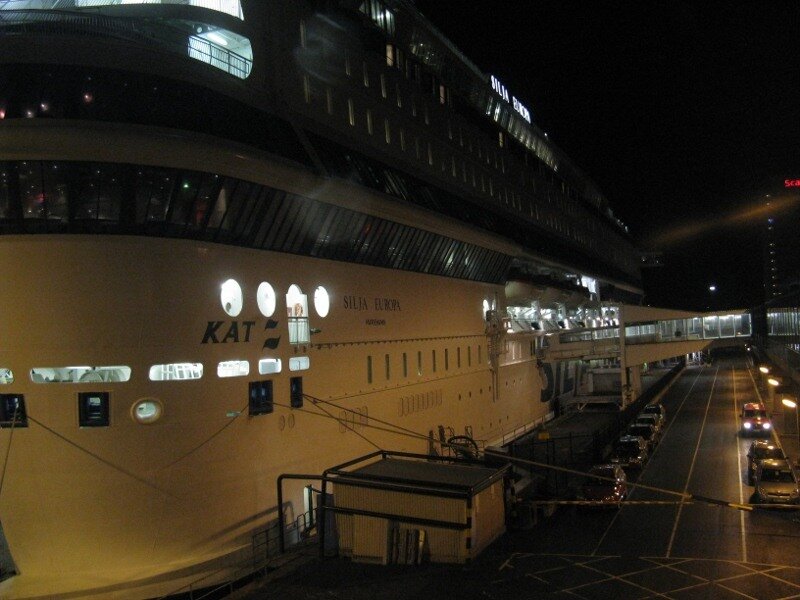 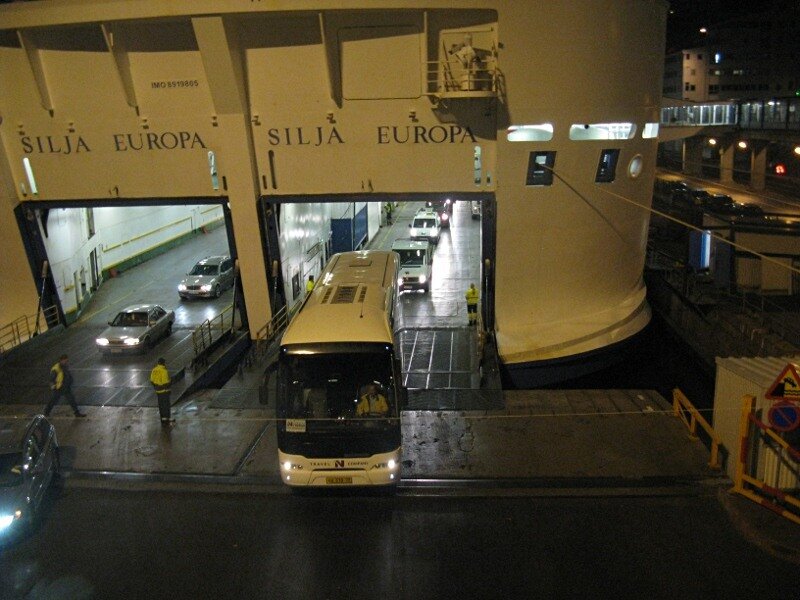 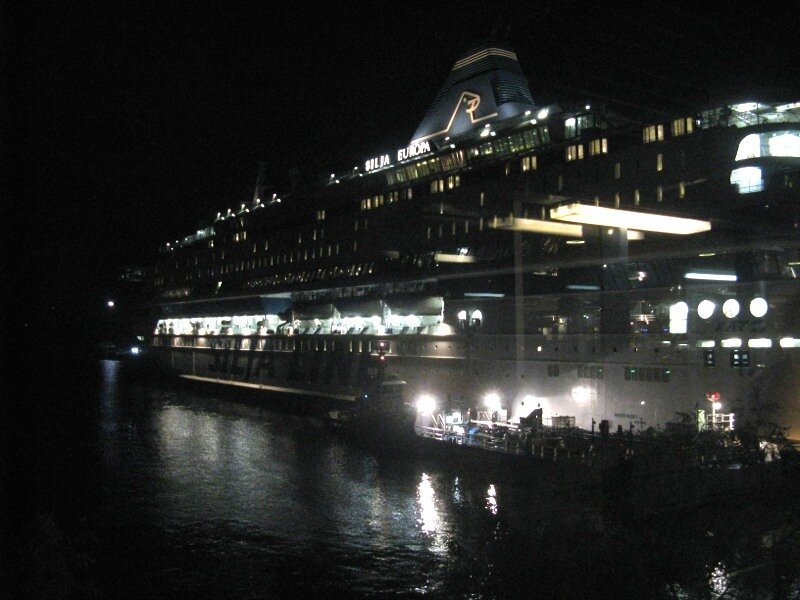