Catholic patron of seafarers, is considered to be Saint Michael (Spanish  Sant Miquel). In Barcelona, in the seaside quarter of La Barceloneta there is a Church dedicated to him - Sant Miquel del Port. 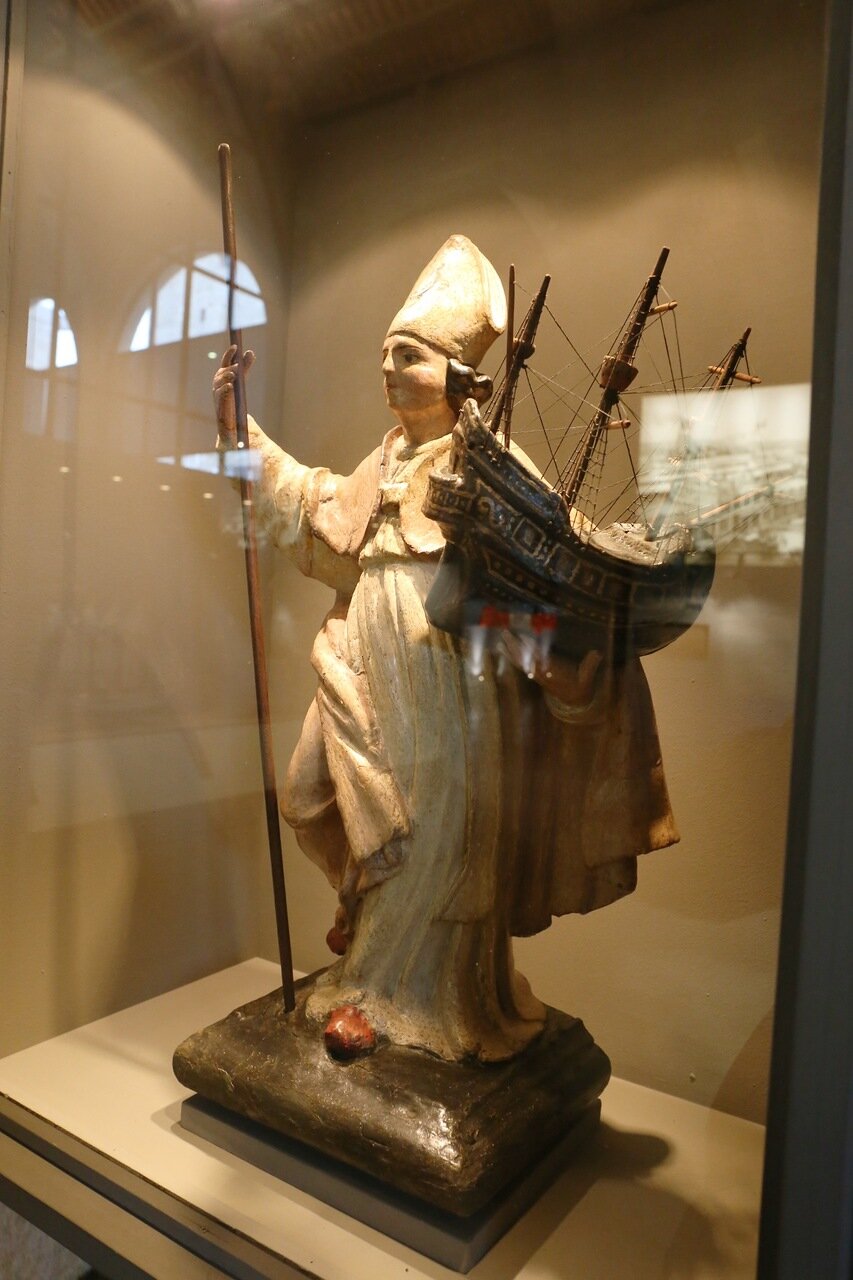 Barcelona at all times was a major center of shipbuilding. Here was the Royal shipyard, which is now the Maritime Museum, and many small workshops manufacturing fishing boats. In the hall of the Museum recreated a corner of this Studio - on the shelf varied tools to work with wood, the main material for the construction of ships in the sailing era, and a table for sewing sails. 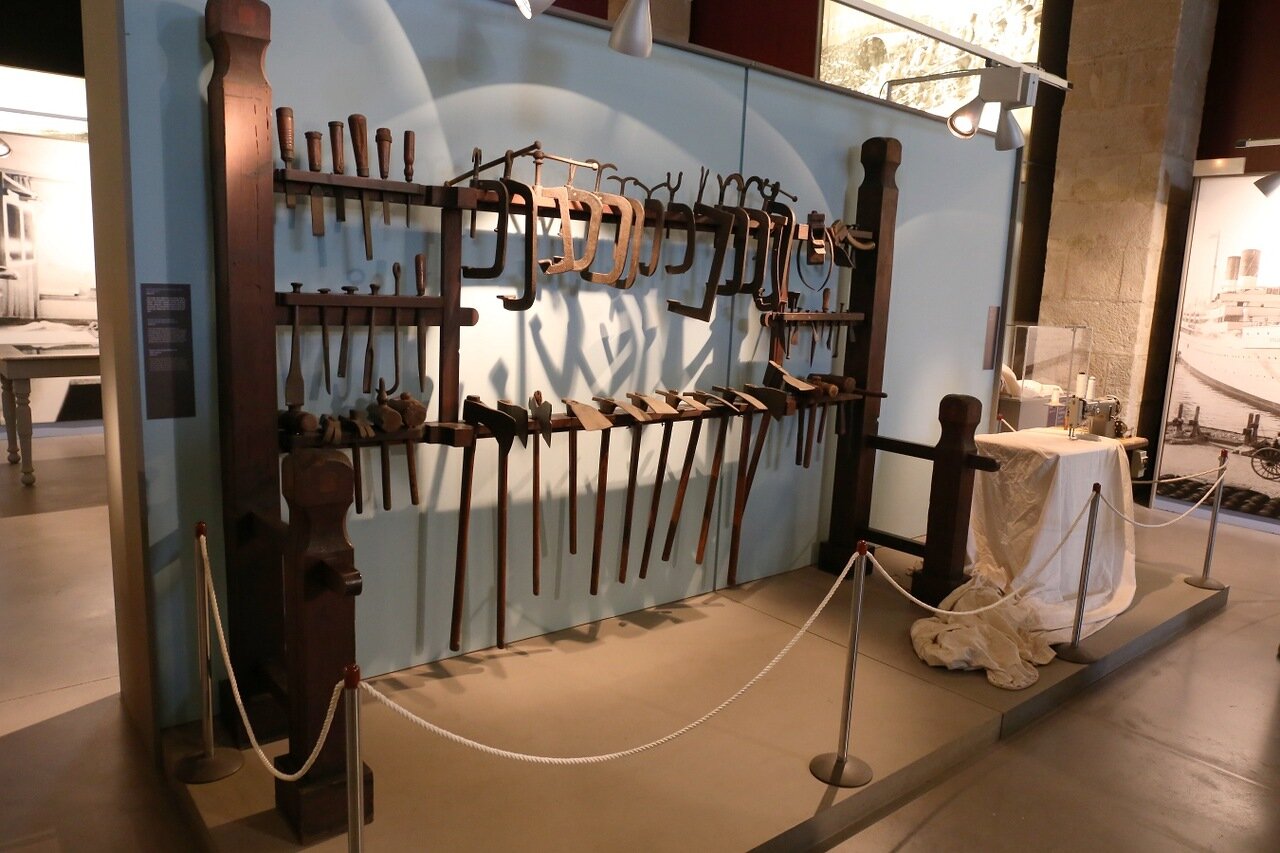 Galumna shape, a mandatory attribute of any sailing ship, at the same time was its symbol and mascot. Tradition followed since ancient times when the ancient Greeks began to decorate the prows of triremes statues of the gods, referred to as "cariatidi". From Roman galleys the figure was called "Rosstroy". The modern name comes from the word "latrine" meaning nasal overhang of the ship. In the old days there were arranged a latrine for the crew, and to this day the shipboard toilets are called by this word. 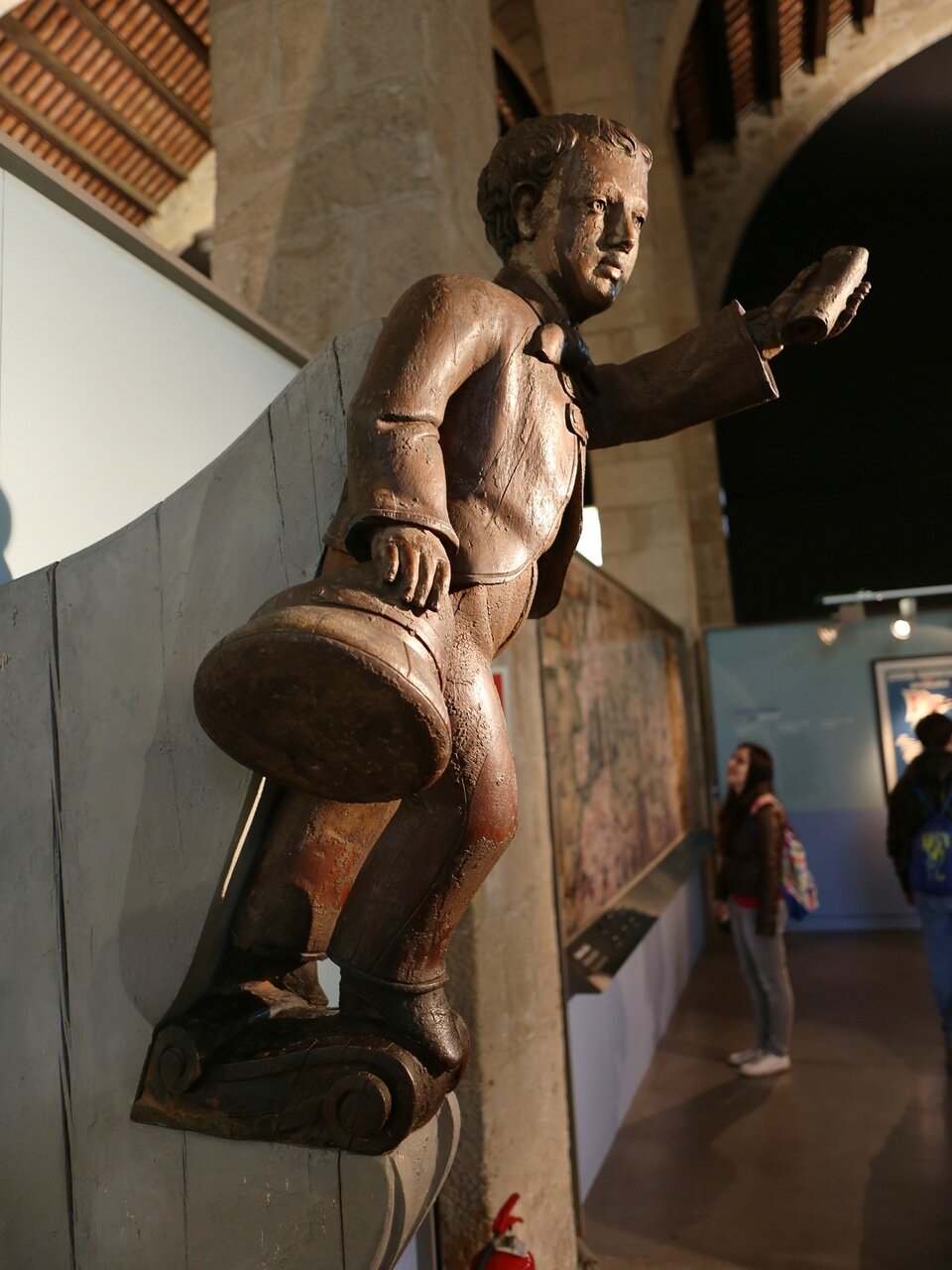 Careenage it's the cleaning the ship's bottom of glued mollusks, which reduce the speed of vessel. The ship tilted to one side, and the underwater part of the opposite side of ship's bottom become above the water level. 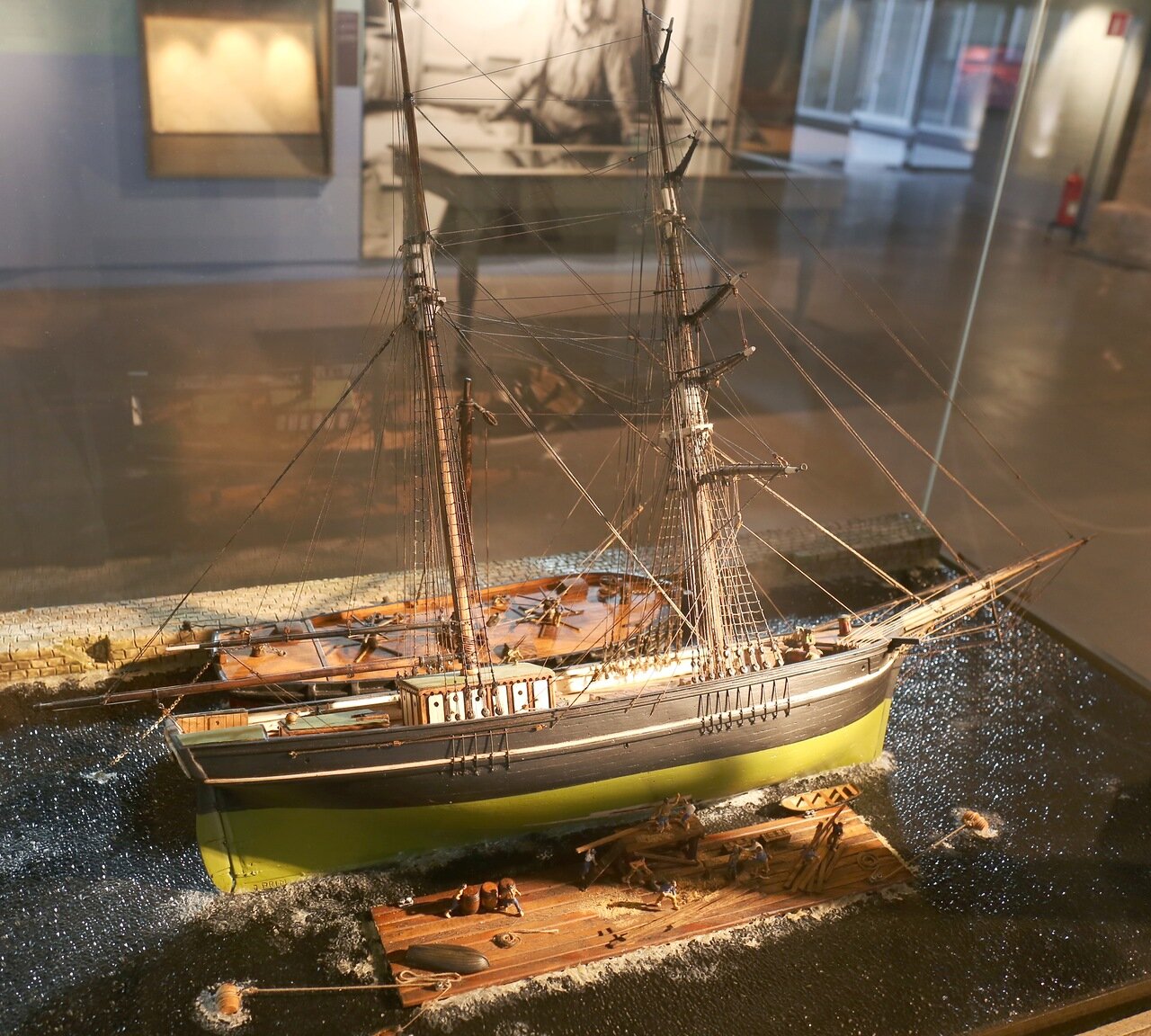 The location of the ship in those rough times was determined by the stars, using simple tools such as the astrolabe. 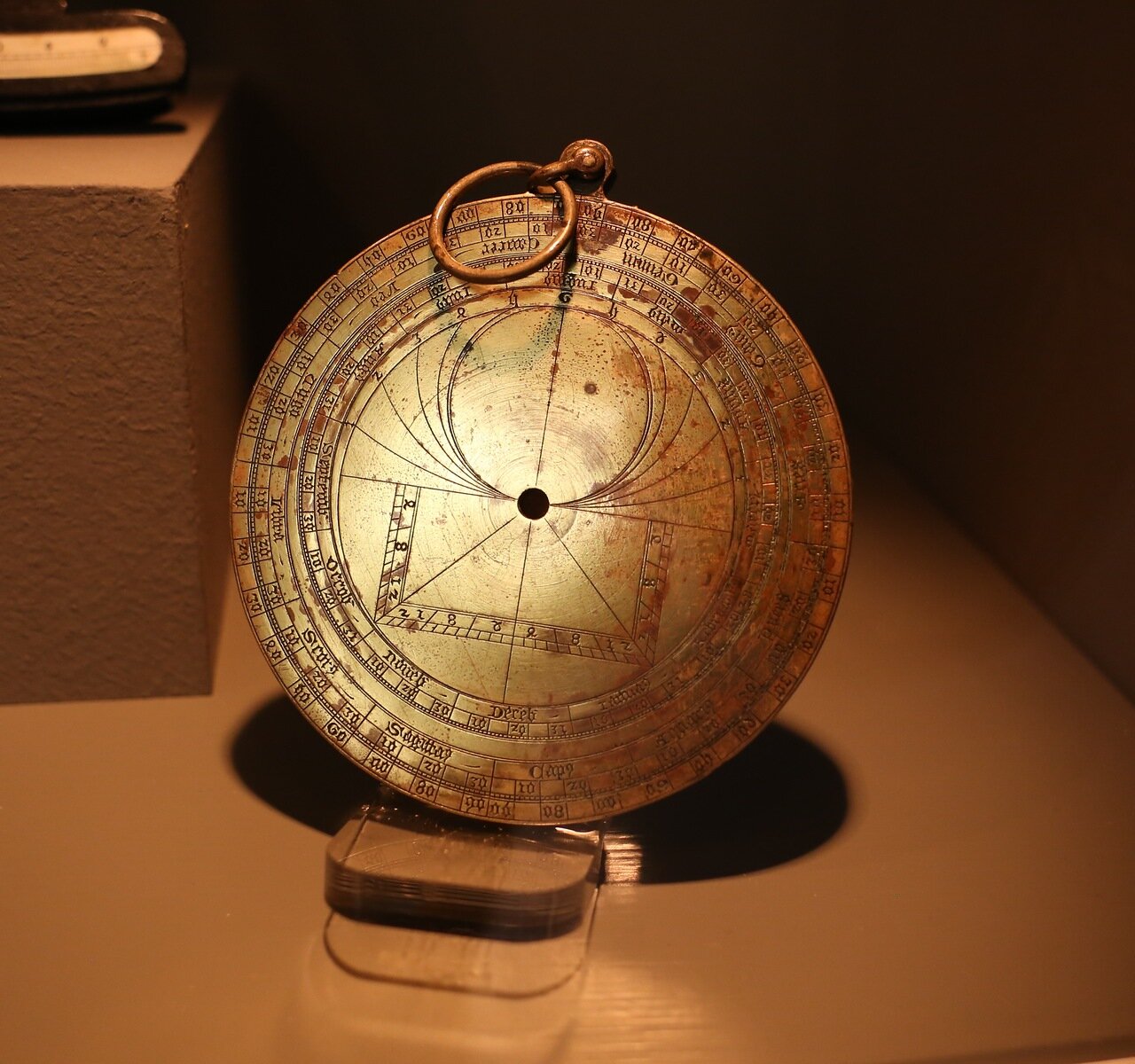 Globe of the constellations. Despite the use of such, it would seem quite unreliable methods, navigation was considered an exact science, founded in the age of Great geographical discoveries. 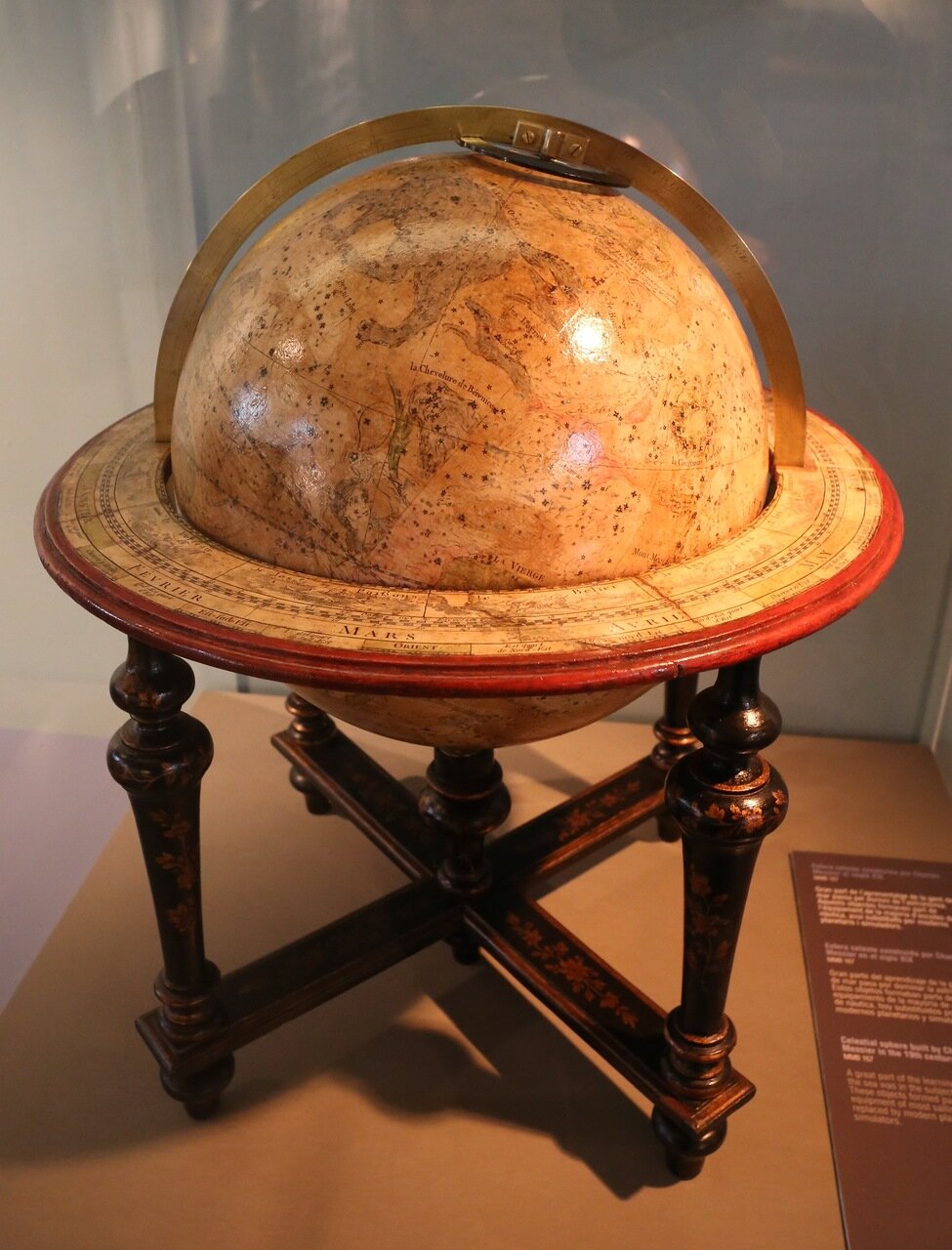 For calculating the traveled distance was periodically measured the speed of the vessel. For this sailors used a simple device - the lag. The device is a rope and float. The float is thrown overboard and count marks on rope for a period of time. In the old days as the labels used nodes on a rope, hence the unit of speed at sea is name "the knot". 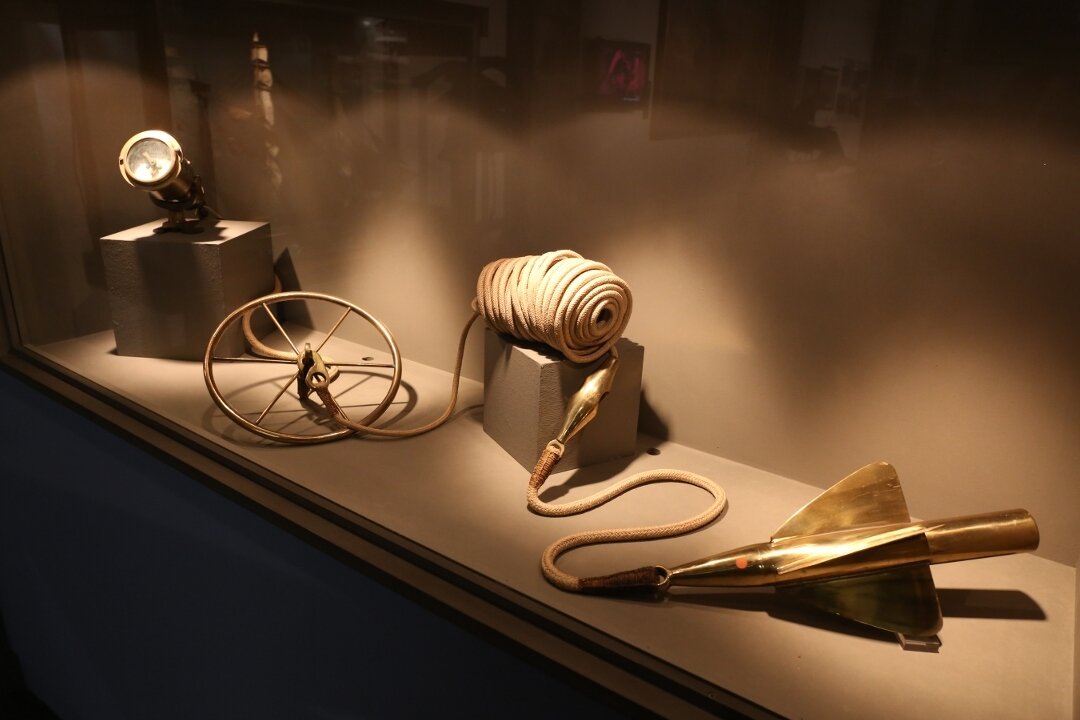 Collection of traffic trunks from different eras - an indispensable attribute of sea traveler. 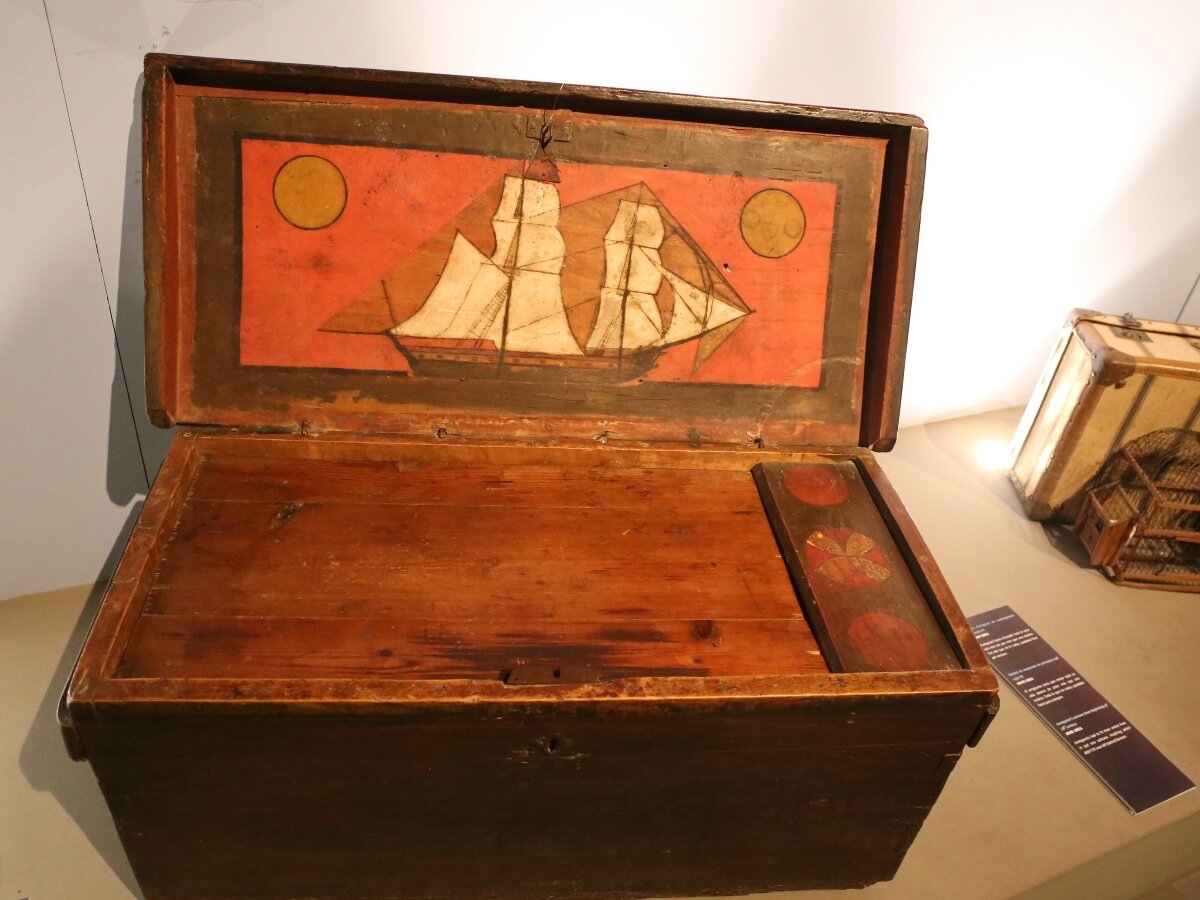 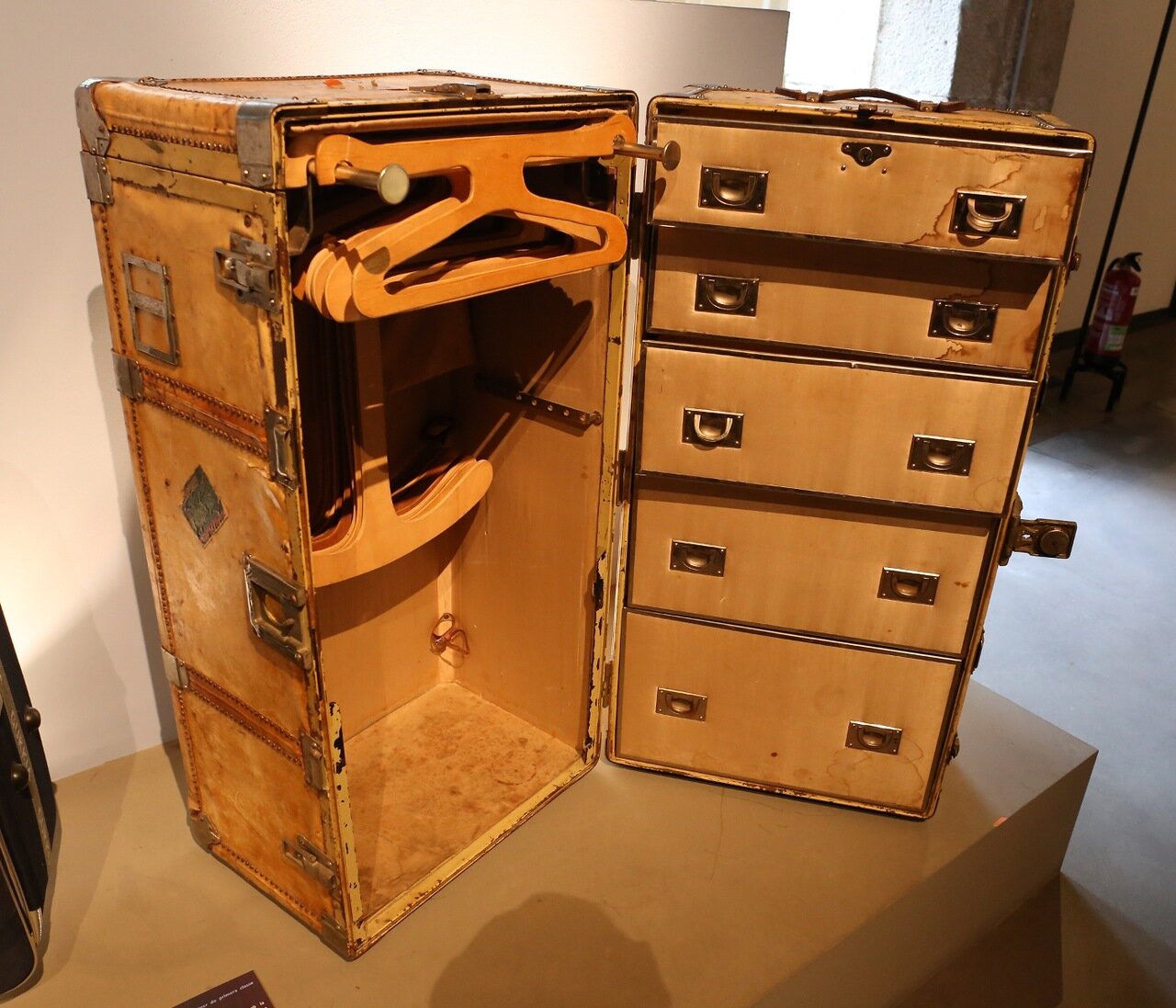