While I was walking around Porto di Ischia, in its waters came the ferry Agata and with amazing speed for such a large vessel, turned around almost on the spot, stood up to one of the piers, still on the move opening the loading ramp. 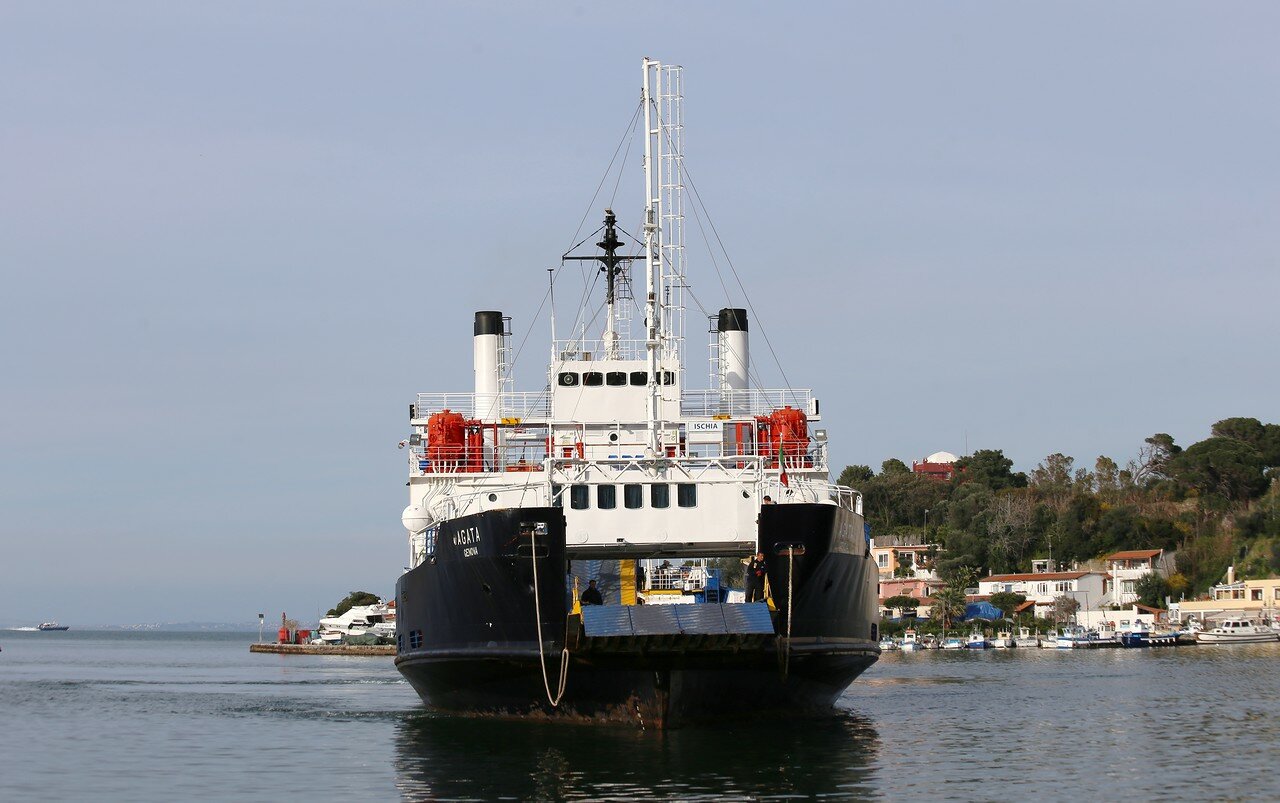 The Agata classe project is represented by two vessels built by Cantieri Navali del Tirreno e Riuniti at the Riva Trigoso shipyard near Genoa. Ferries designed to carry 400 passengers and 92 cars were ordered by the state railway company Ferrovie dello Stato to operate in the Strait of Messina. (It is not entirely clear why the customer is a railway ferry, and the ferries were originally built as automobile ones). The ferry Agata was laid down on January 2, 1973 and commissioned on November 10 of the same year (fast building in Italy!), the second vessel, called Pace (peace), laid down on February 5 of the same year, entered service on January 24, 1974. The ferries were then chartered by ENEMAR to operate on the Villa San Giovanni-Messina line until 2003. Then ferries operated in Sardinia-between Palau and Maddalena, where they worked until 2011. After being replaced by HB ferries, Agata and Pace were idle in Genoa until they were bought out by Medmar in January 2013 to operate on the island of Ischia. First of all, the vessels underwent a slight upgrade of the loading ramps - they were adapted to work in new conditions, and in February ferries started operating on the Ischia-Pozzuoli line. 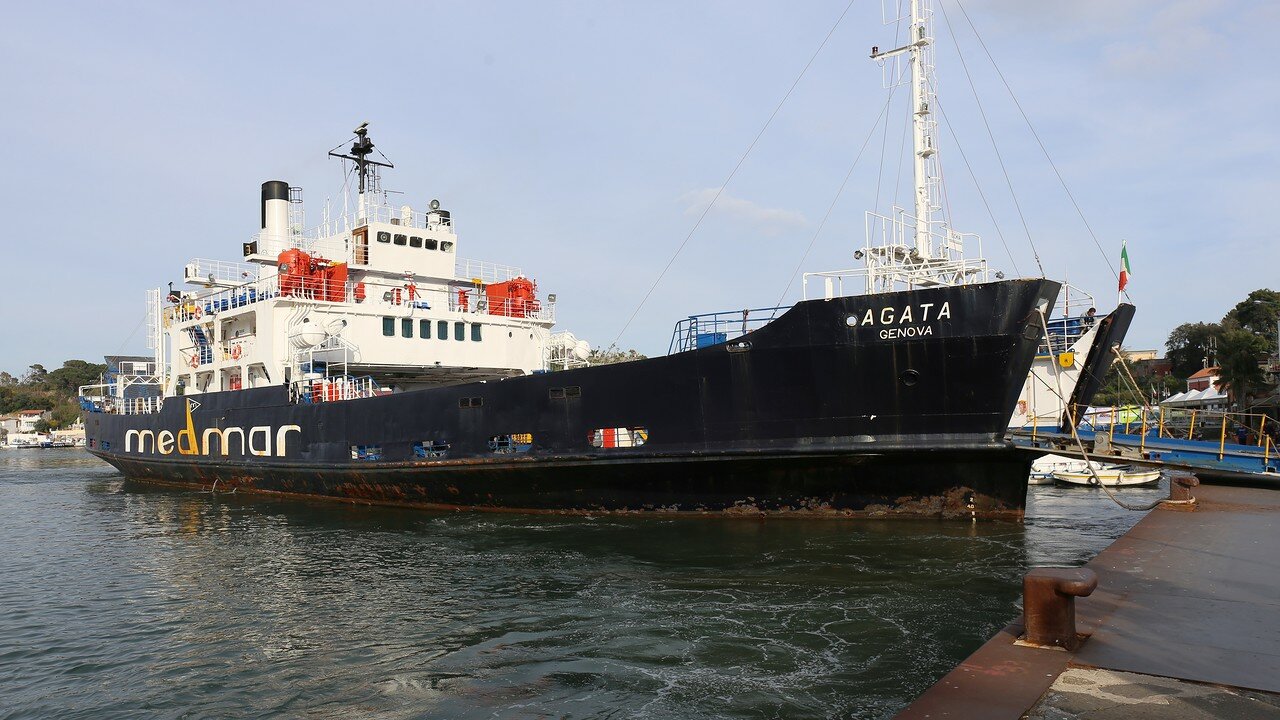 The secret of the ferry's amazing maneuverability lies in the Voith Schneider engines located at the ends (it is difficult to determine where the bow is and where the stern is, because the ends are almost identical). Thanks to them, vessels can go in any direction, even sideways, and turn around on the spot. The main engines of the ferries have a power of 3570 kW, which allows you to reach a speed of 13.5 knots.

It is difficult to determine where the bow is and where the stern of the vessel is, because the ends are almost identical. The only difference is the presence of foam-generator tanks of the fire extinguishing system - probably this is the nose part. 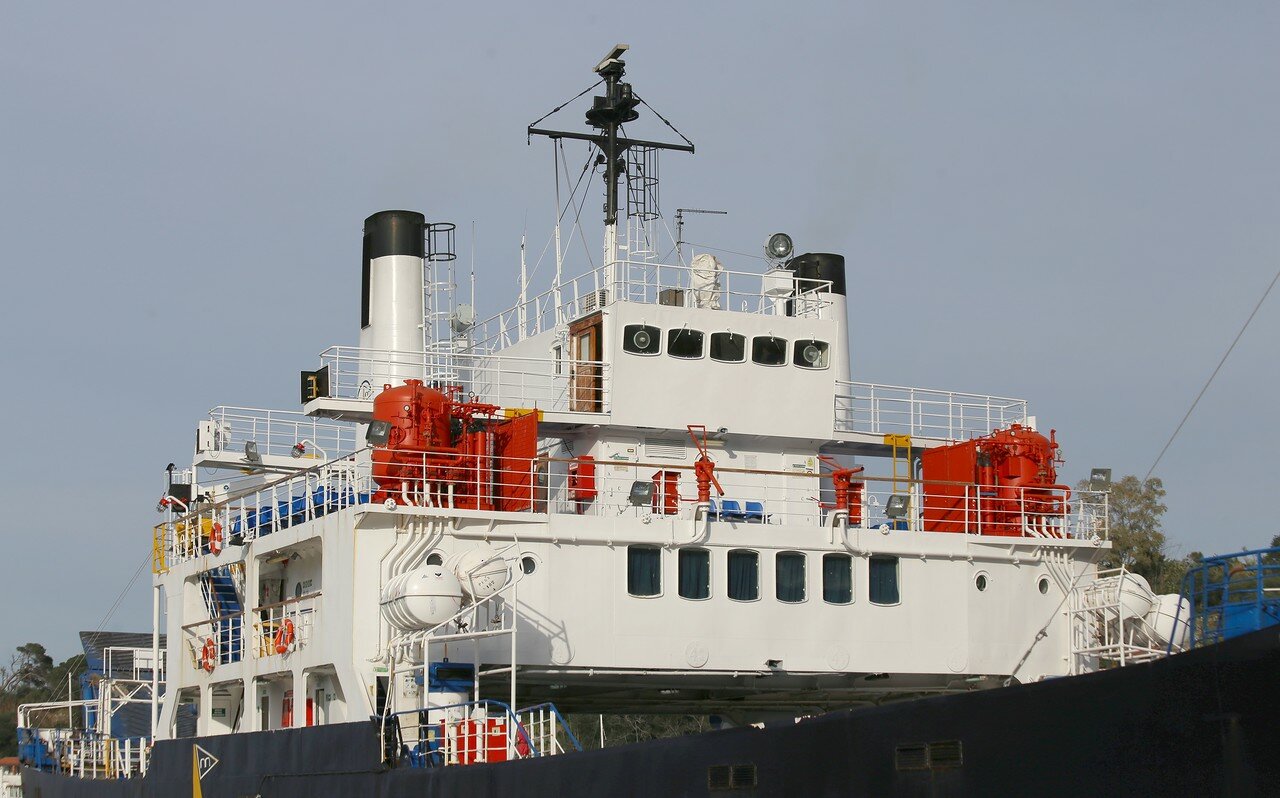 I took another picture of the Agatha the next morning, from the side of a ferry bound for Naples. 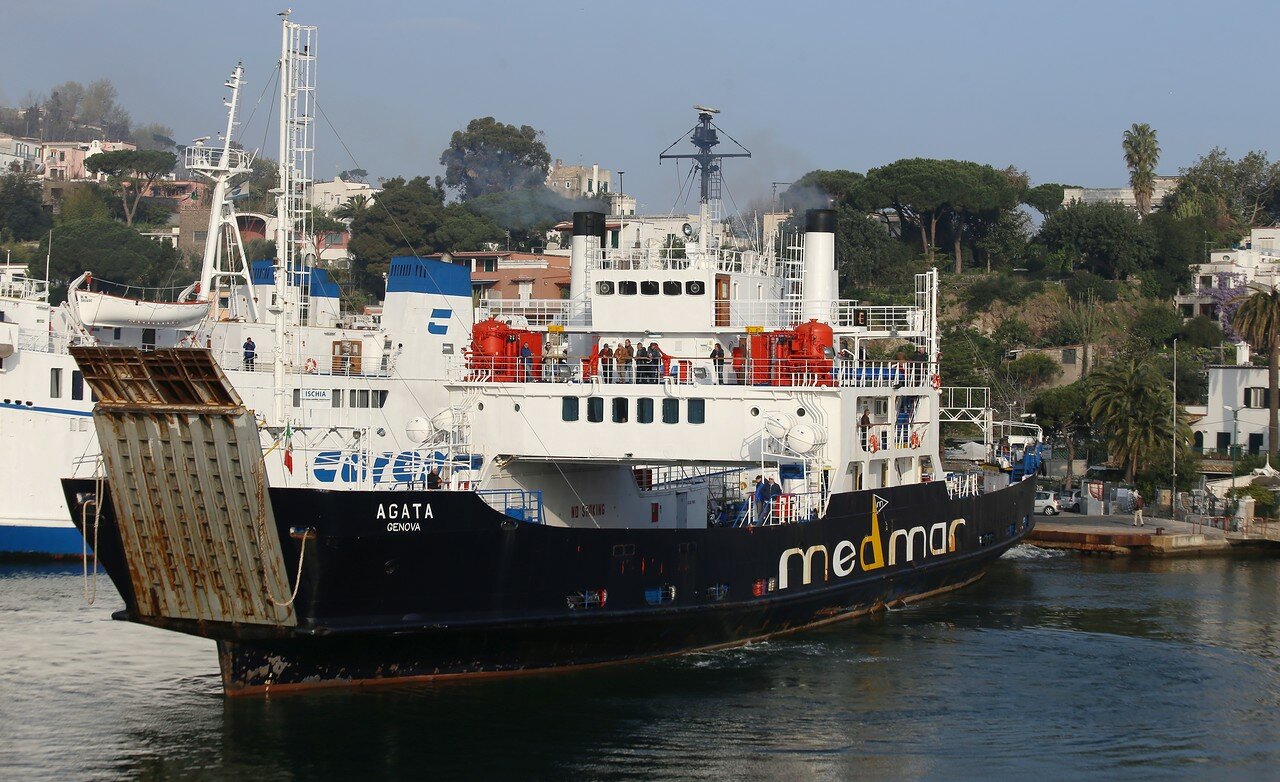 Ferry Agata near the Ischia coast 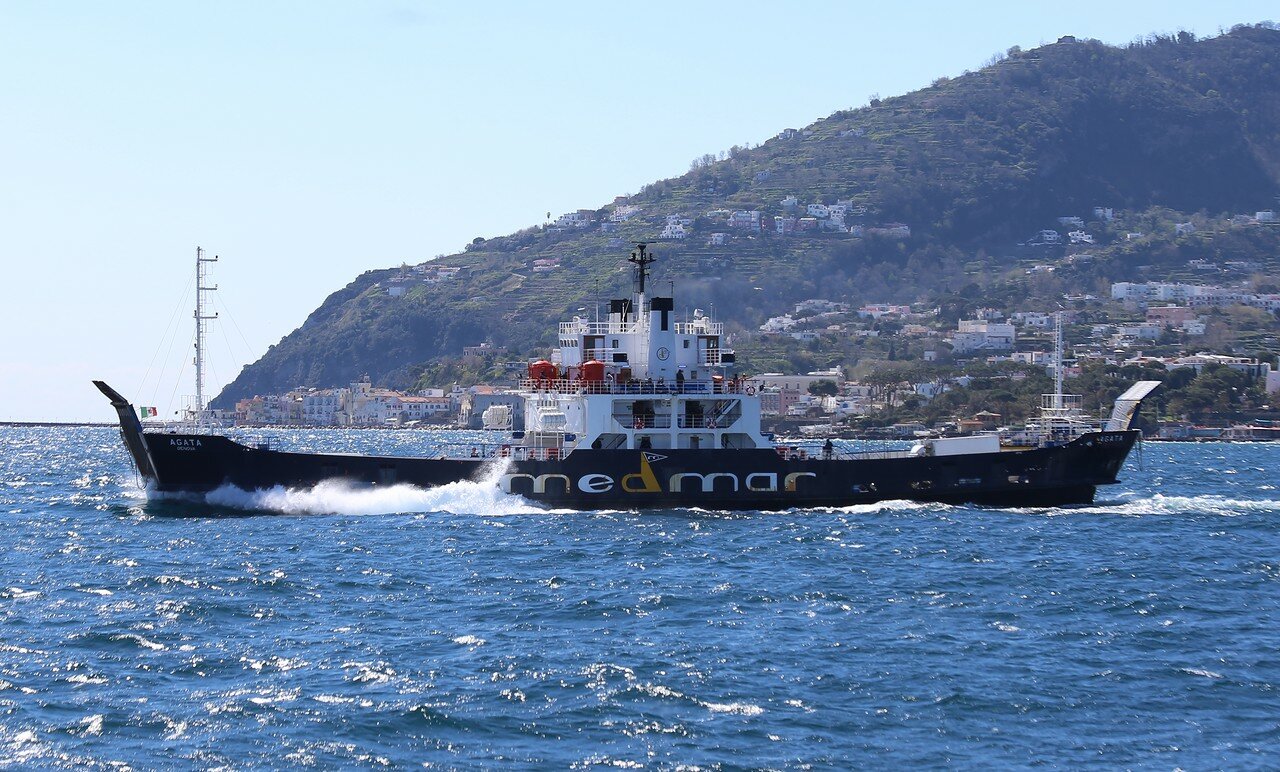