I visited Malaga for the first time in early may 2013. It was a short acquaintance, I stayed in town for just one day. My hotel was right in the center, a block from Alameda Principal Boulevard (main alley), map). 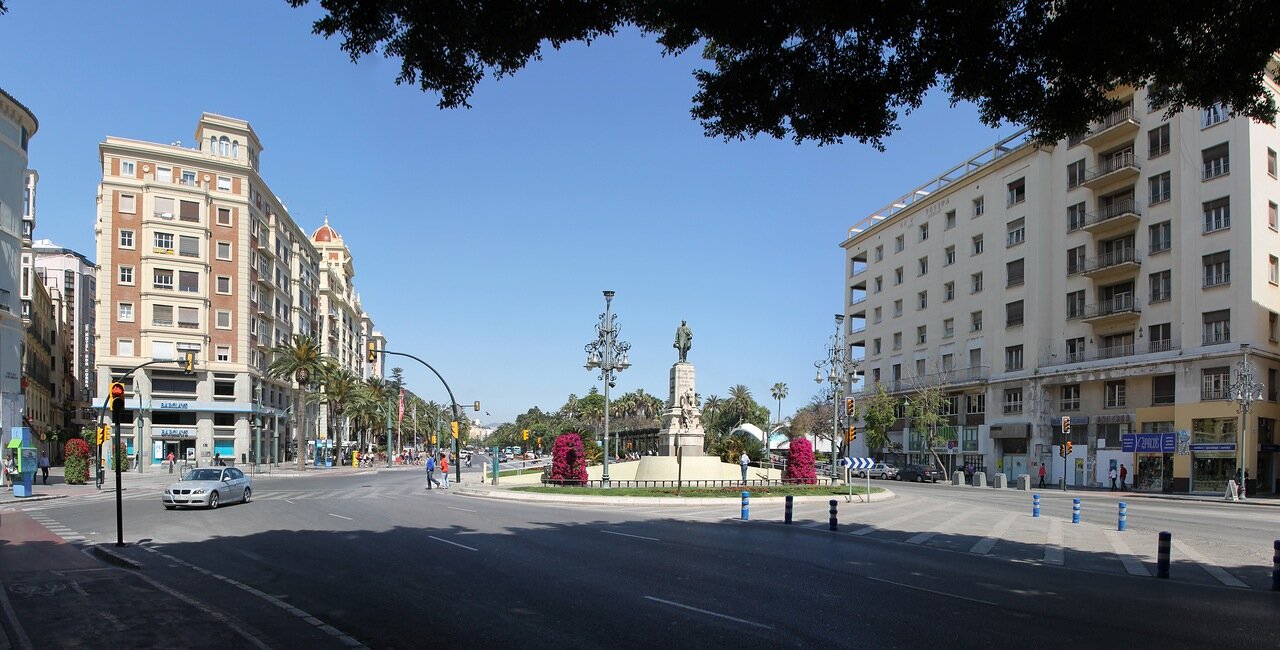 Monument to Manuel Domingo Larios (Marqués de Larios) - industrialist and philanthropist, who has done a lot for the industrialization and improvement of Malaga. 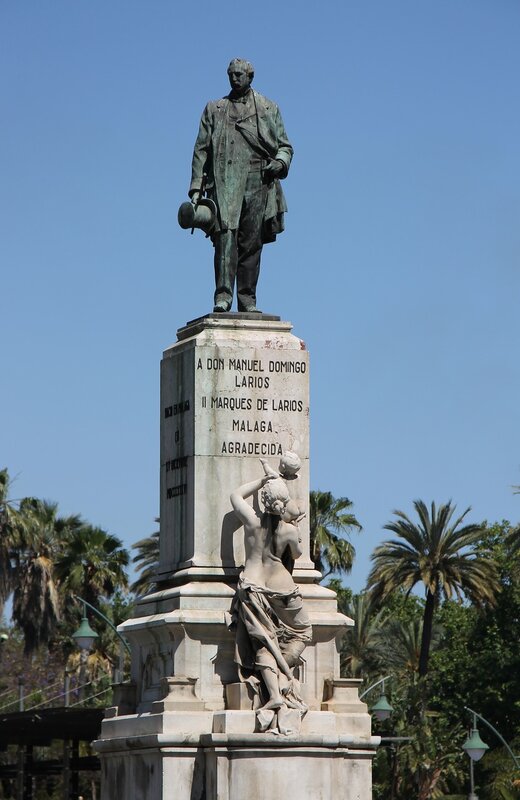 The main shopping street of the city, originating from the monument, is also named after him (Calle Marqués de Larios). The street gained its present appearance in 1891 thanks to its direct support. 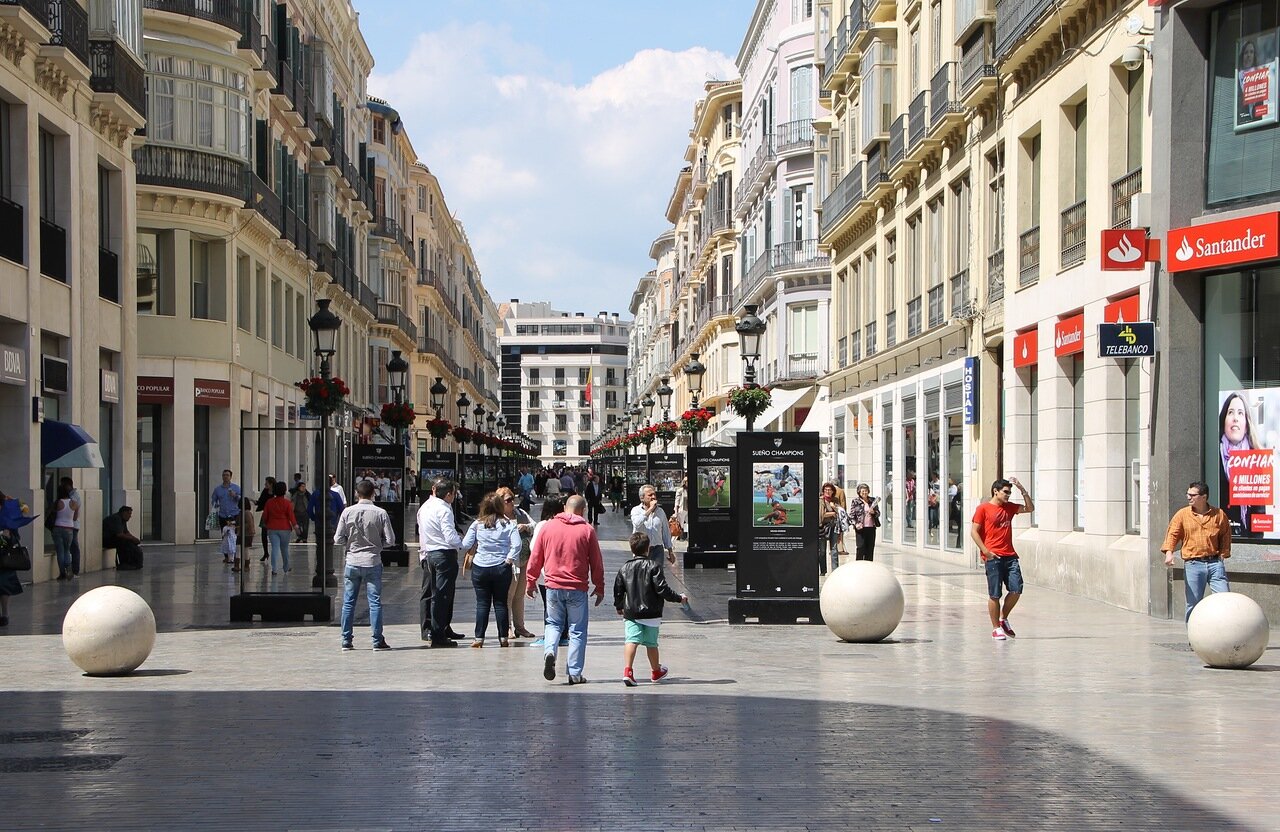 The center of the modern city is the Plaza de la Marina (Sea square). There is also a tourist information office. 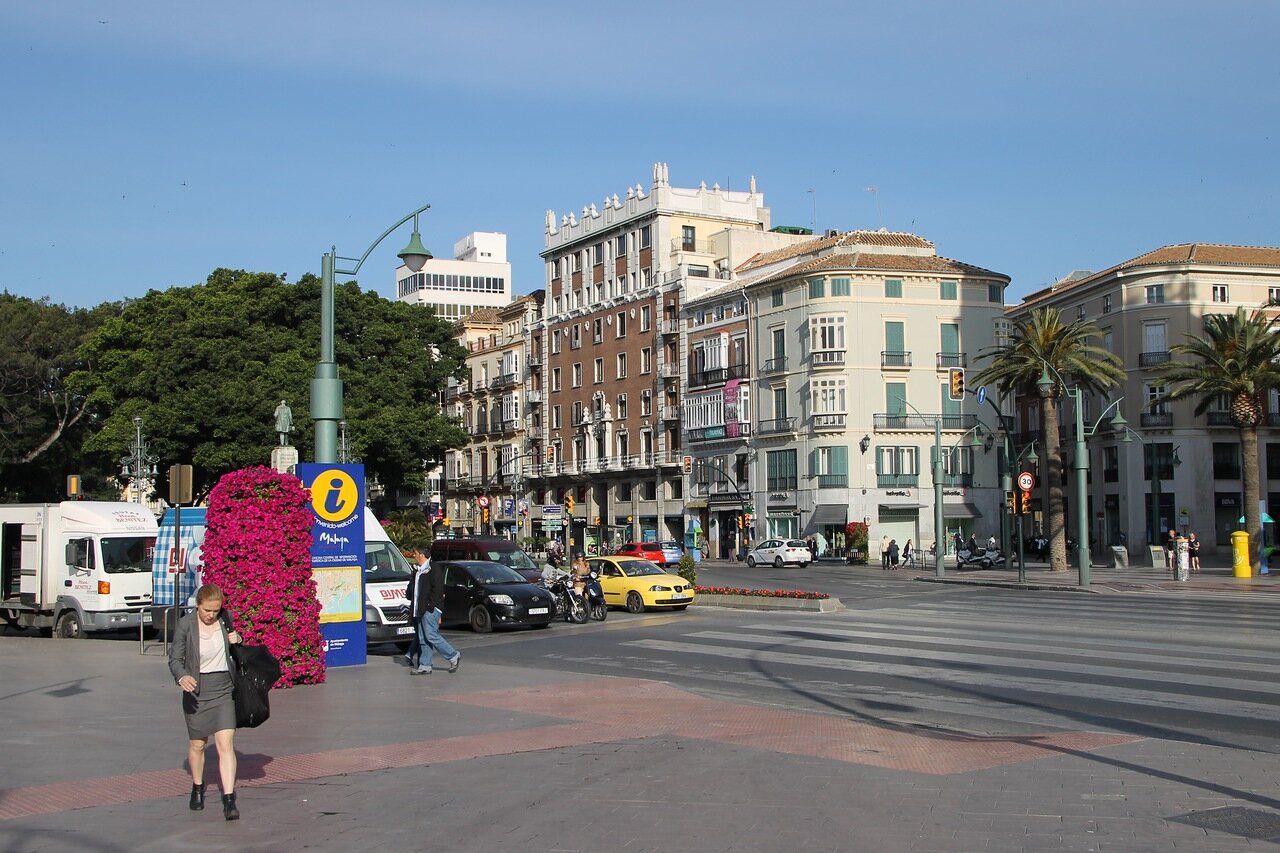 Looking through the Plaza de La Marina towards the sea, we will see columns indicating the main gate of the port and the port Management building. 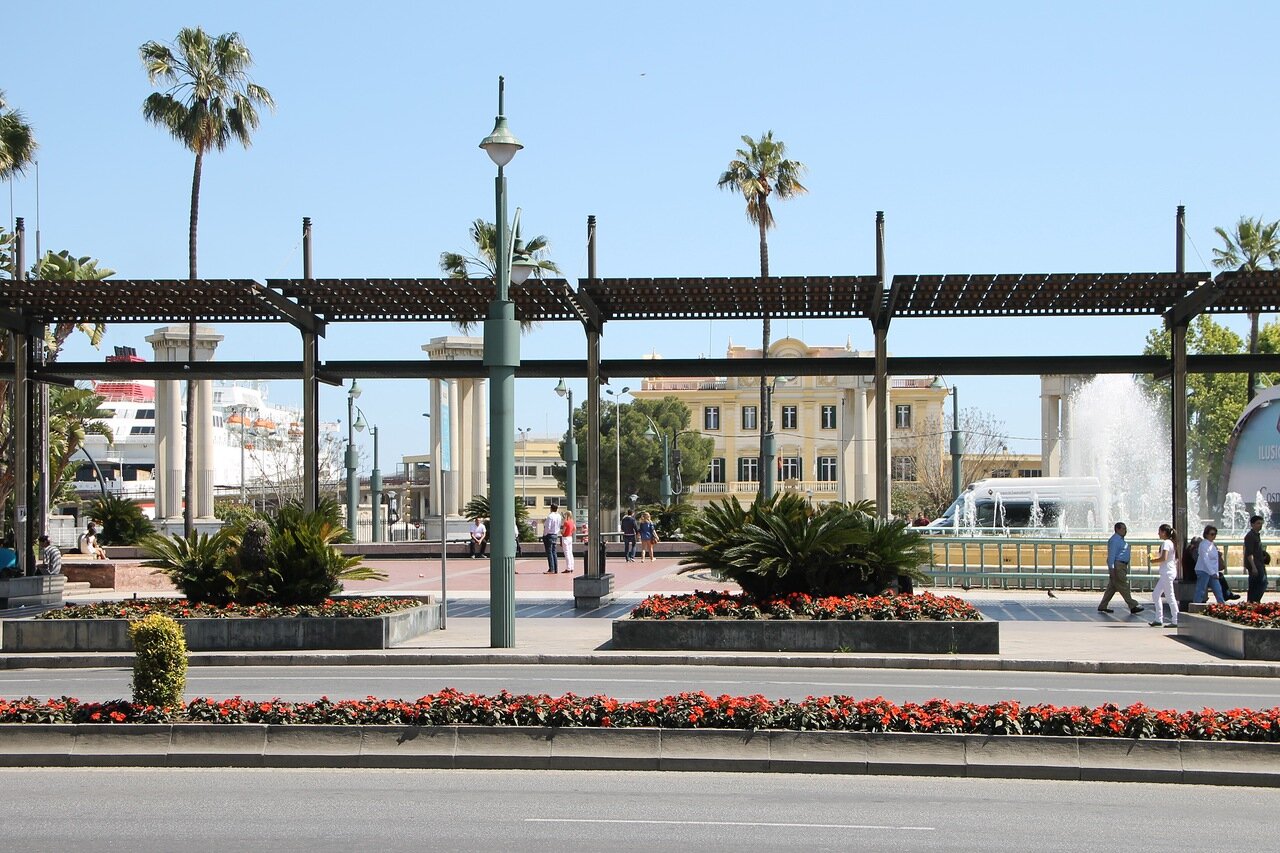 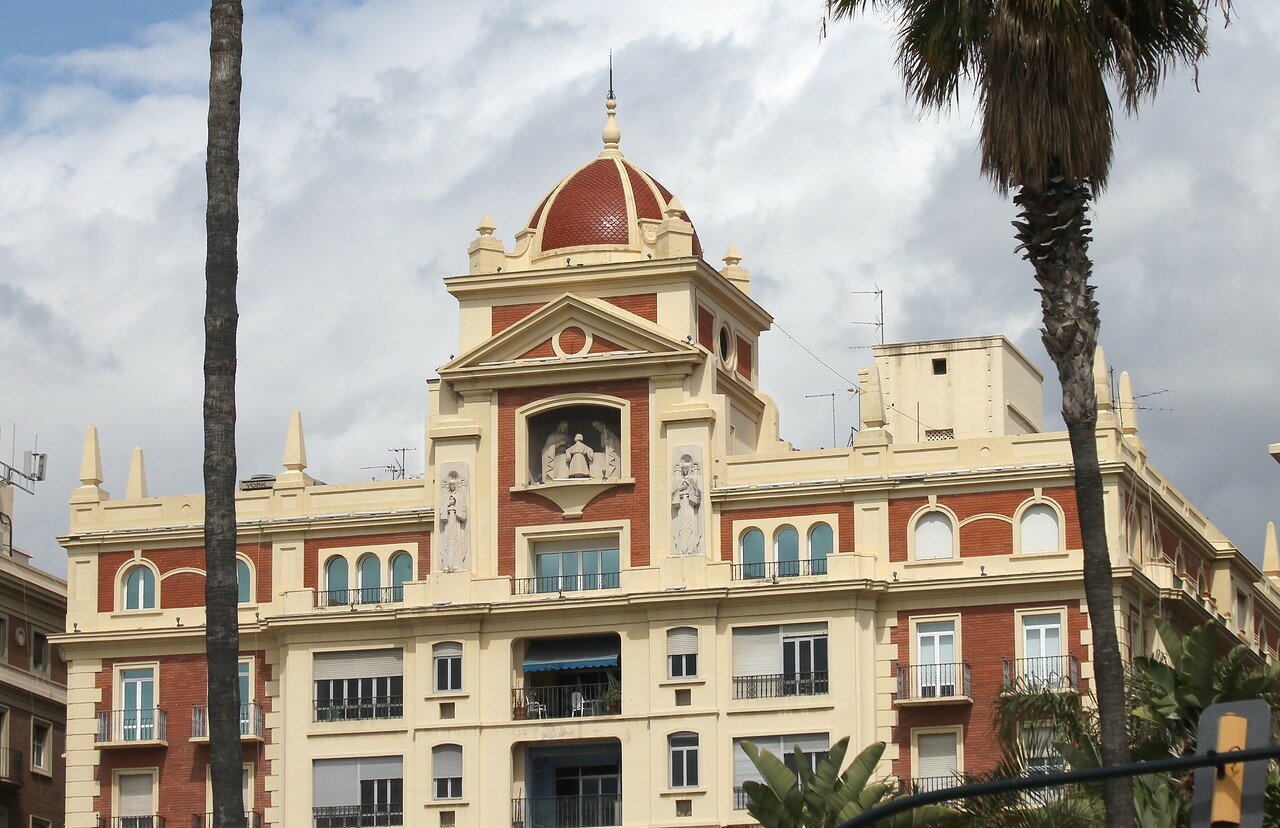 Before entering the Bank you can sit on a bench near Hans Christian Andersen. The monument was presented to Malaga by the Danish Royal house and opened in 2005. Sculptor Jose Maria Cordova depicted the writer sitting on a bench with a travel bag and a pocket guide. The great storyteller visited Malaga in October 1862, about what he wrote in His "Journey to Spain": "not in one Spanish city I did not feel as happy and comfortable as in Malaga". 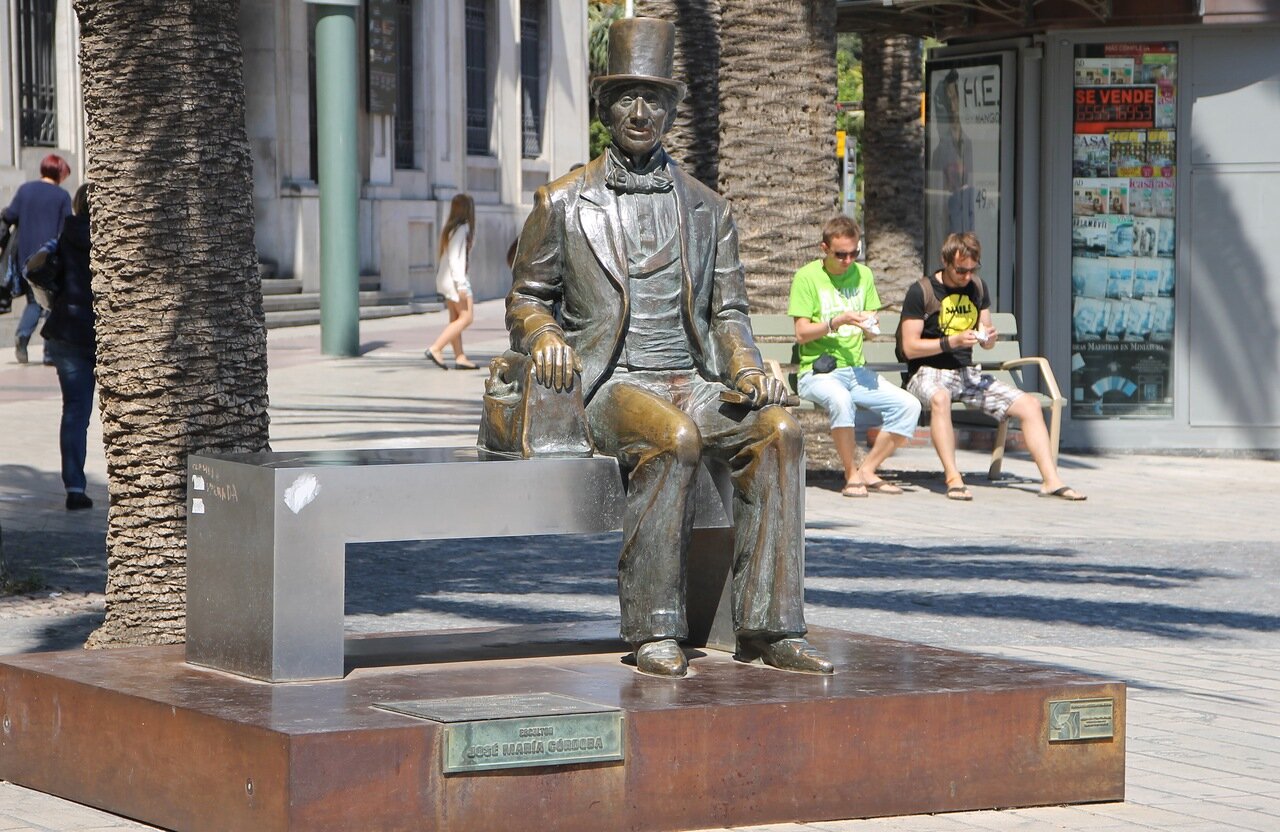 For the Plaza de La Marina begins the Park of Malaga (Parque Málaga), but a walk on it I left for the future, and turned left, towards the Alcazaba fortress. 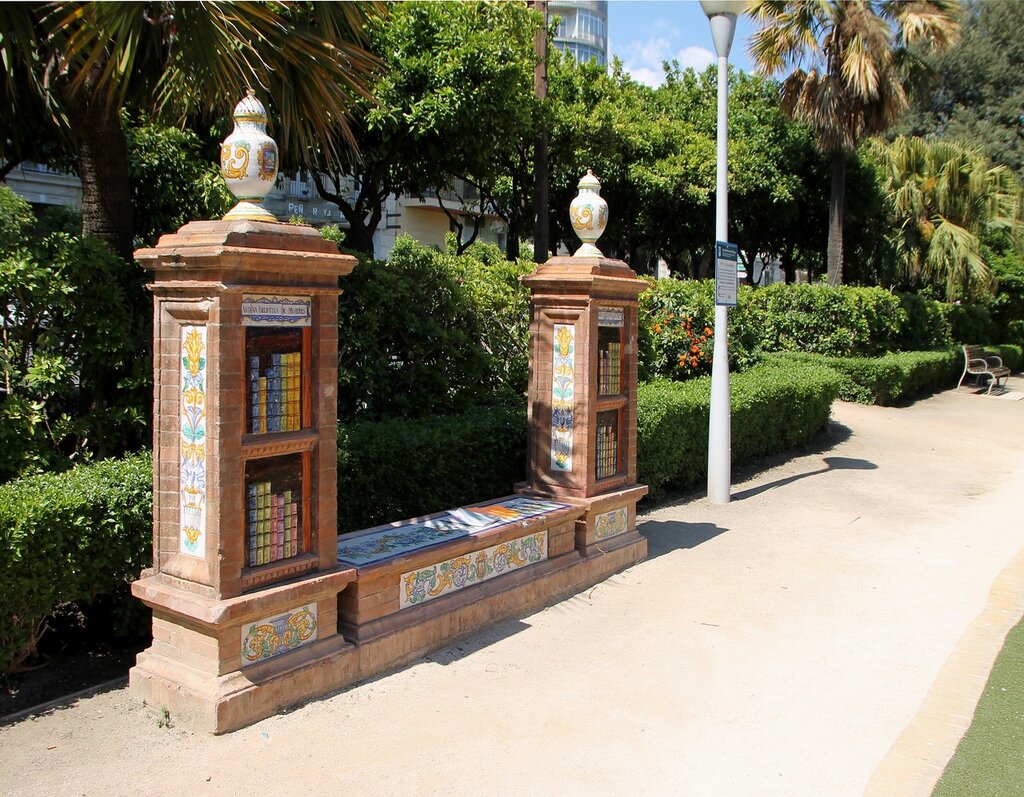