Very close to Moltke Palace and Odd Fellow Mansion, Bredgade Street runs through Saint Annae Square (Sankt Annæ Plads, on the map), separating the Frederiksstaden area from the New Harbour (Nihavn). An elongated square-boulevard appeared in the 50s of the 18th century on the site of a canal filled in during the construction of the ambitious Frederikstaden district. The greening of the square, which turned it into a shady boulevard, was the first initiative of the Copenhagen Improvement Society, founded in 1852. 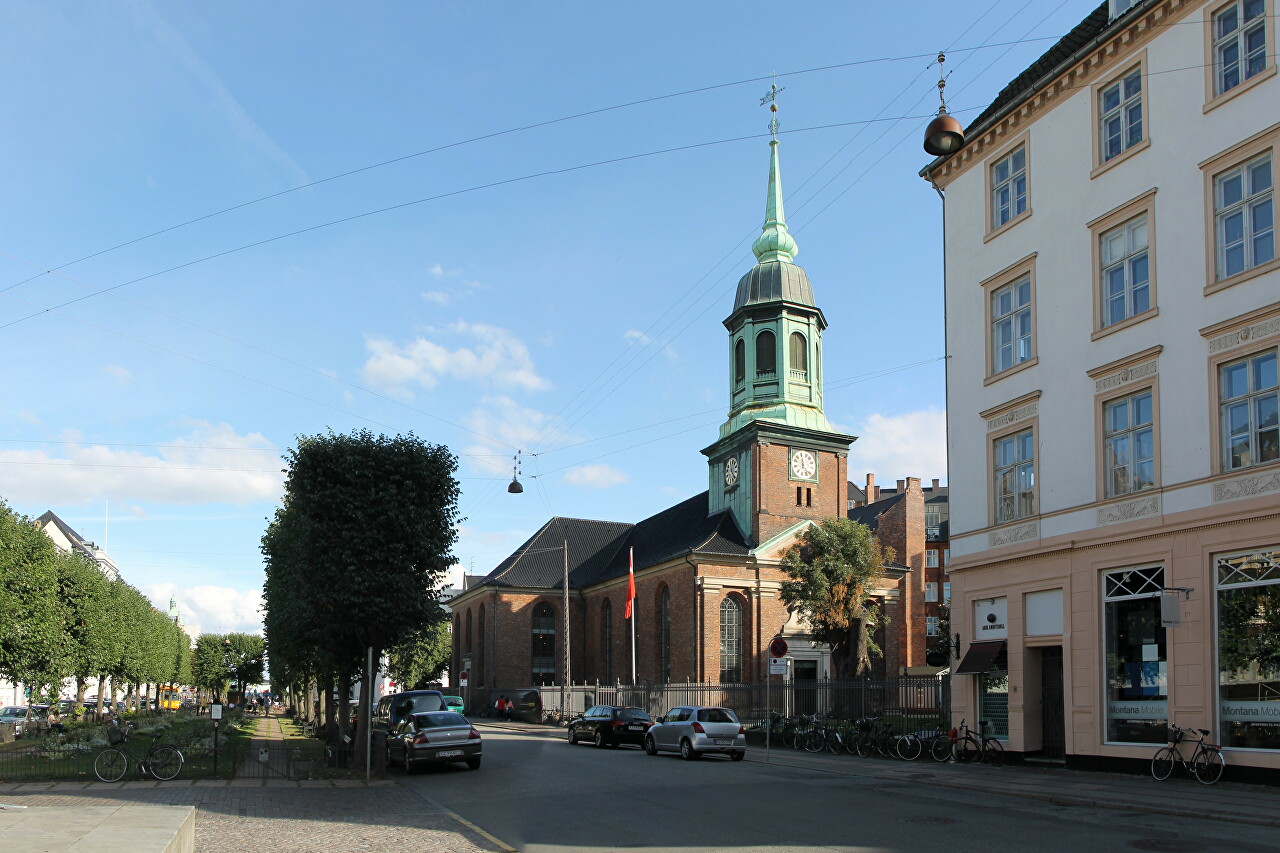 In the 17th century, Copenhagen was a fortress city with a large number of service people, and while sailors could send religious needs to the churches of the Holmen naval base, built in 1670, soldiers and officers of the citadel had to serve prayers in parish churches. On his accession to the throne in 1699, Frederick IV ordered the construction of a Garrison Church (Garnisons Kirke) to the south of the gardens of the residence of Queen Sophie Amalie (later the Amalienborg Palace was built in its place). The author of the project was a mechanical engineer Georg Philipp Muller, who also showed architectural skills. Construction began in 1703 and the church was officially opened on March 24, 1706. The western side is built of brick, the rest of the walls were wooden, painted "under the brick". The clock appeared on the bell tower in 1710, replaced in 1883. At the end of the 18th century, the church was popularly known as "the church of the Lord of Sabaoth" (Den Herre Zebaoths Kirke), but this had nothing to do with the name of the Old Testament God, the name of the German priest who served in the church since 1767 (Seeboth). 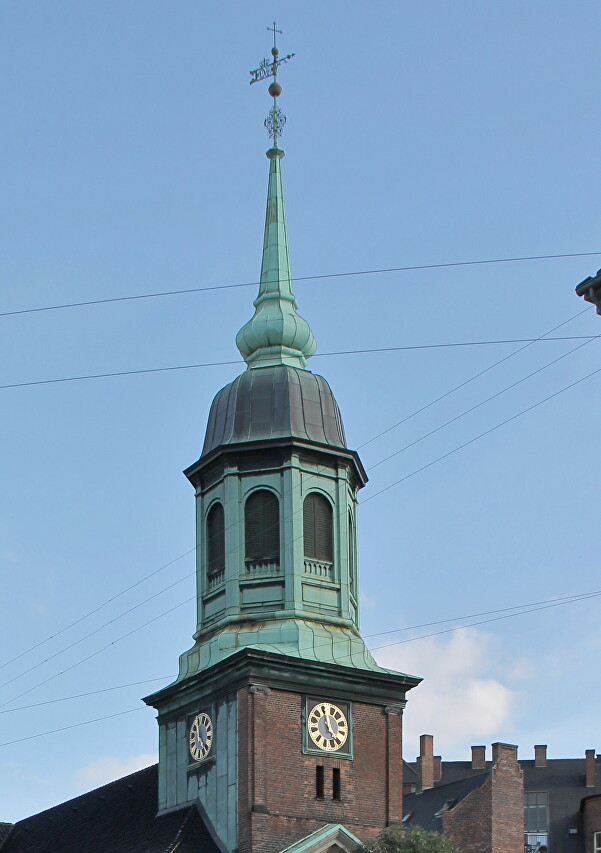 King Christian X of Denmark, who ascended the throne on May 14, 1912, was a nephew of Princess Dagmara of Denmark (Russian Empress Maria Feodorovna) and a cousin of Nicholas II. His younger brother Prince Charles became King of Norway under the name Haakon VII. Christian X had the ranks of Prussian Colonel-General and Swedish general, Norwegian, Swedish, British and German admirals.After the occupation of Denmark in April 1940, the king remained in the country and became a symbol of the moral resistance of the Danes. The king's famous speech in 1942 at the Copenhagen synagogue, in which he declared that "if the Jews of Denmark are forced to wear a symbol that distinguishes them from other fellow citizens, then I and my family will also wear this symbol", after which he was actually placed under house arrest. The monument designed by Einar Utzon-Frank was erected in 1954. 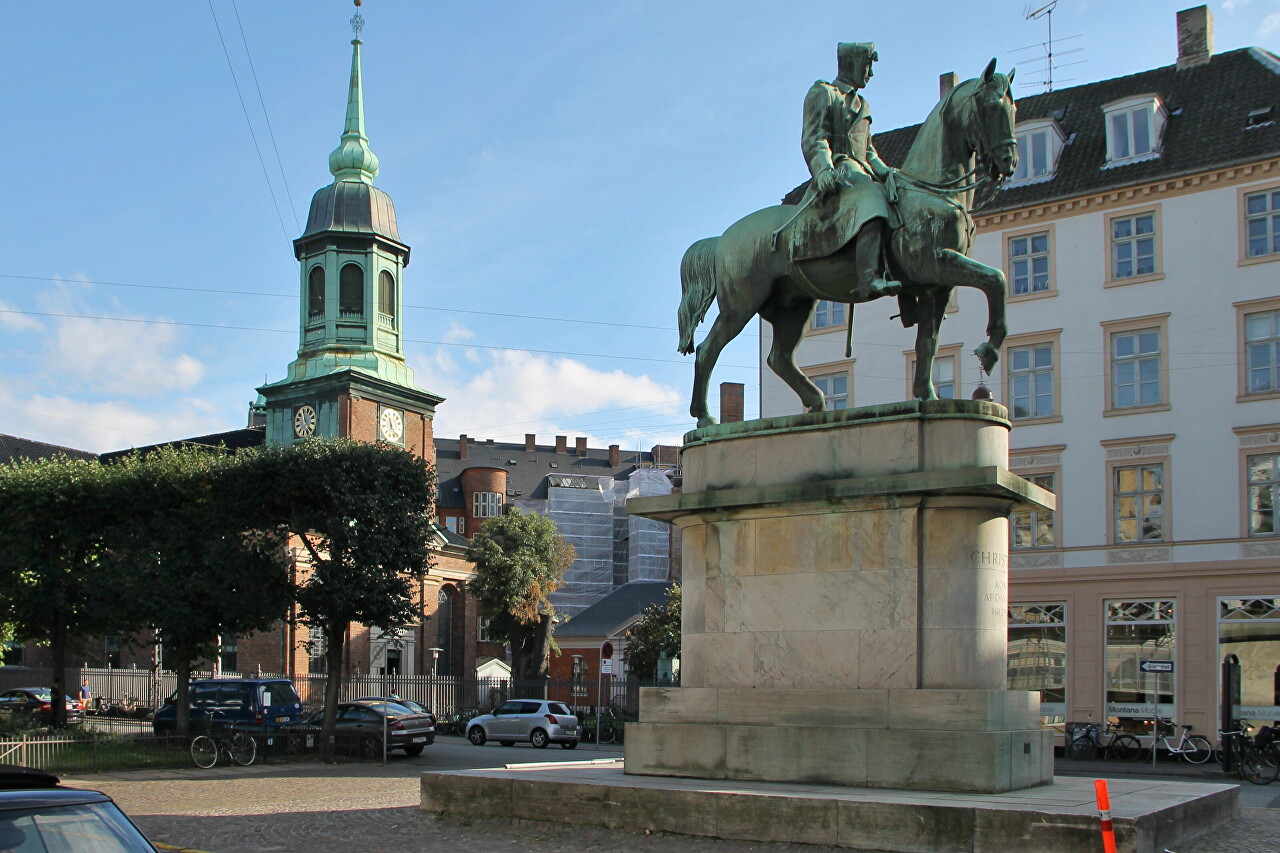 We continue on the road to Berdgada. This part of the street already belongs to the shopping district of Copenhagen. Here, the building with the golden letters LAUTRUP TOWER and a very original lower floor attracts attention. It is the headquarters of Lautrup Chemicals, the largest distributor of polymer materials in Northern Europe. 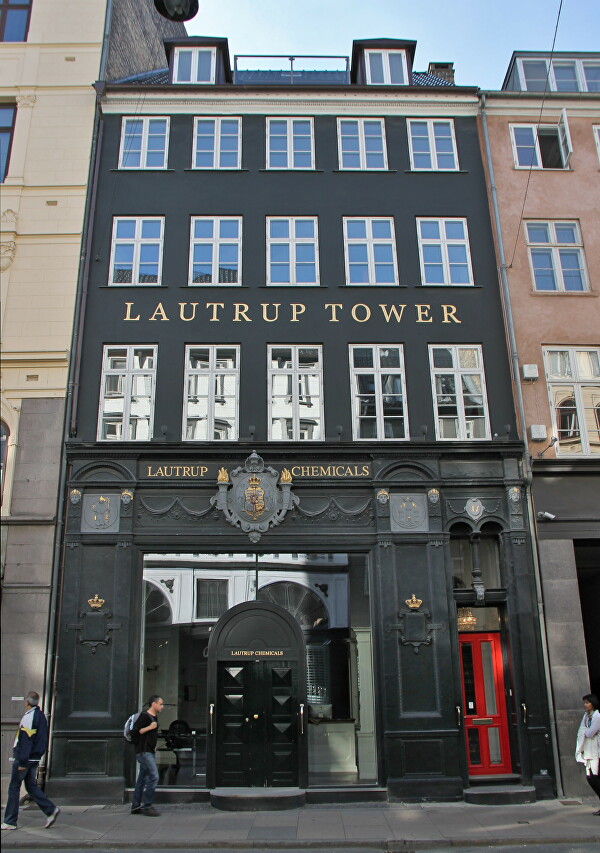 The next building on the corner of Palægade was built in 1902 in the Art Nouveau style by architects Emil Blichfield and Gottfried Tvede. 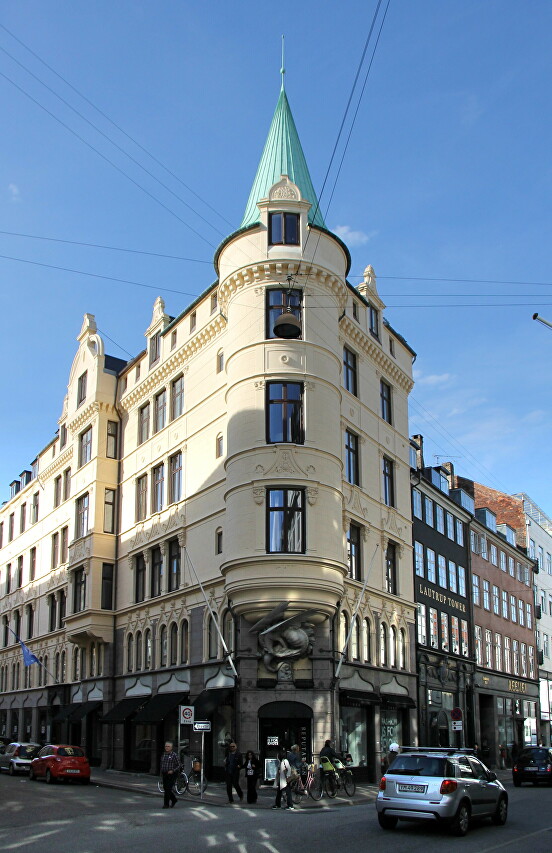 The corner of the building is formed by a round bay window with a hipped roof, resembling a castle tower, and the portal below it is decorated with a wonderful sculpture depicting a dragon from the Scandinavian epic. 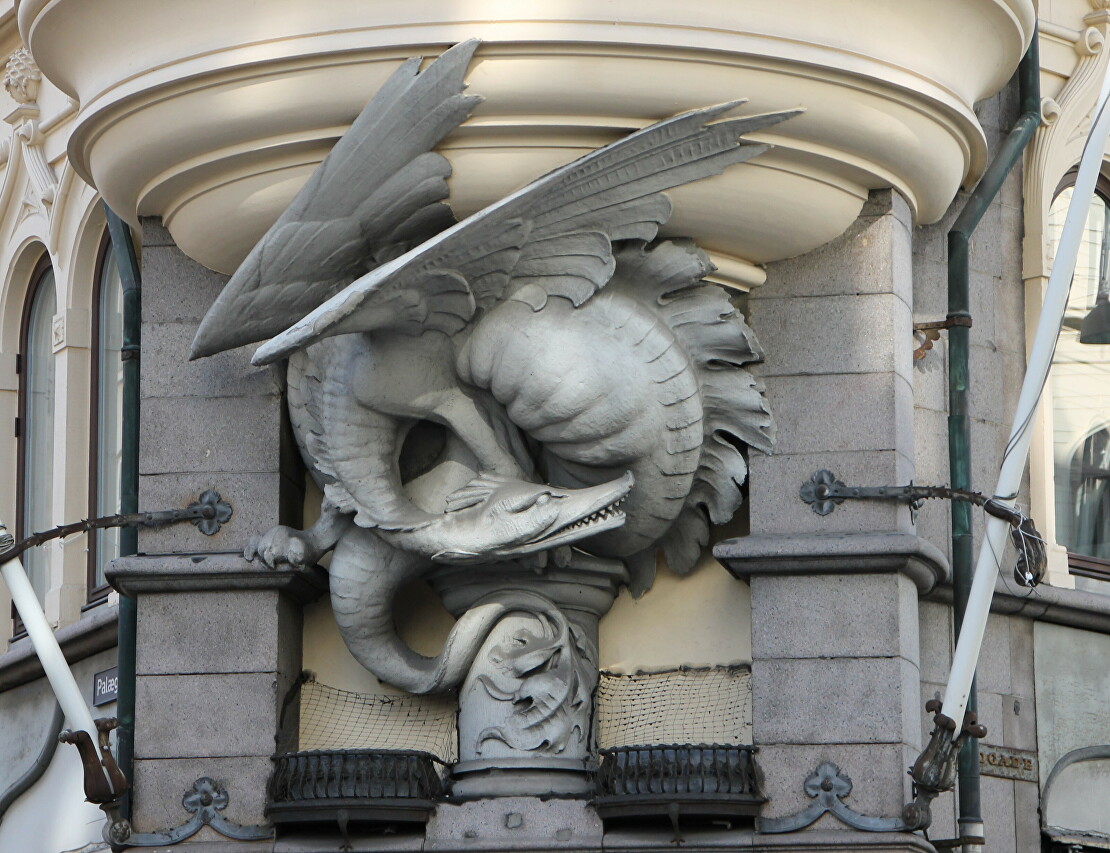