The Cathedral (Catedral de Santa María de Tortosa on the map), the center of the diocese of Tortosa, is located a block from the Rambla de Felip Pedrell, opposite the Bishop's Palace. The first Christian Basilica in Tortosa was built by the Visigoths on the ruins of the Roman forum and rebuilt into a mosque during the Muslim rule. 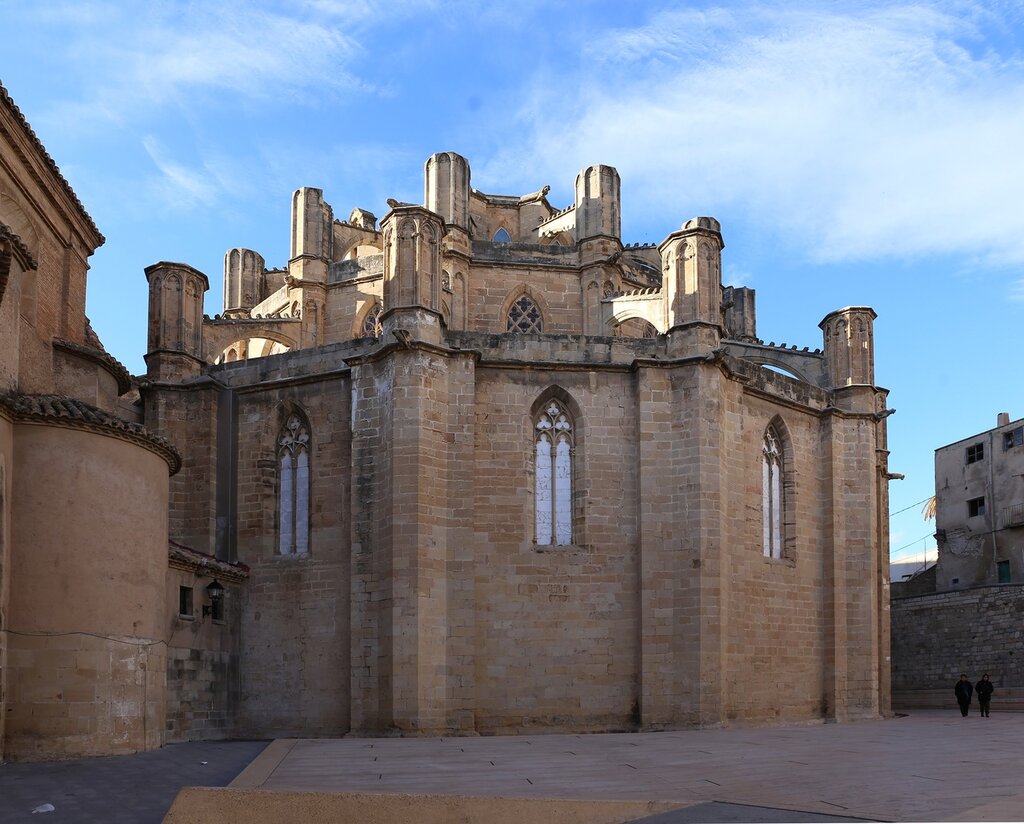 In 1148, the Catalan count Ramon Bereger VI freed Tortosa from the Moors, after which the mosque was transferred to Bernard of Tortu, Bishop of Tarragona. Thanks to the efforts of Torta, who became the temporary Bishop of Tortosa, the Augustinian monastery was founded in 1153 in the buildings adjacent to the mosque, and the mosque became a Christian temple. The monastery existed until the secularization of 1772. 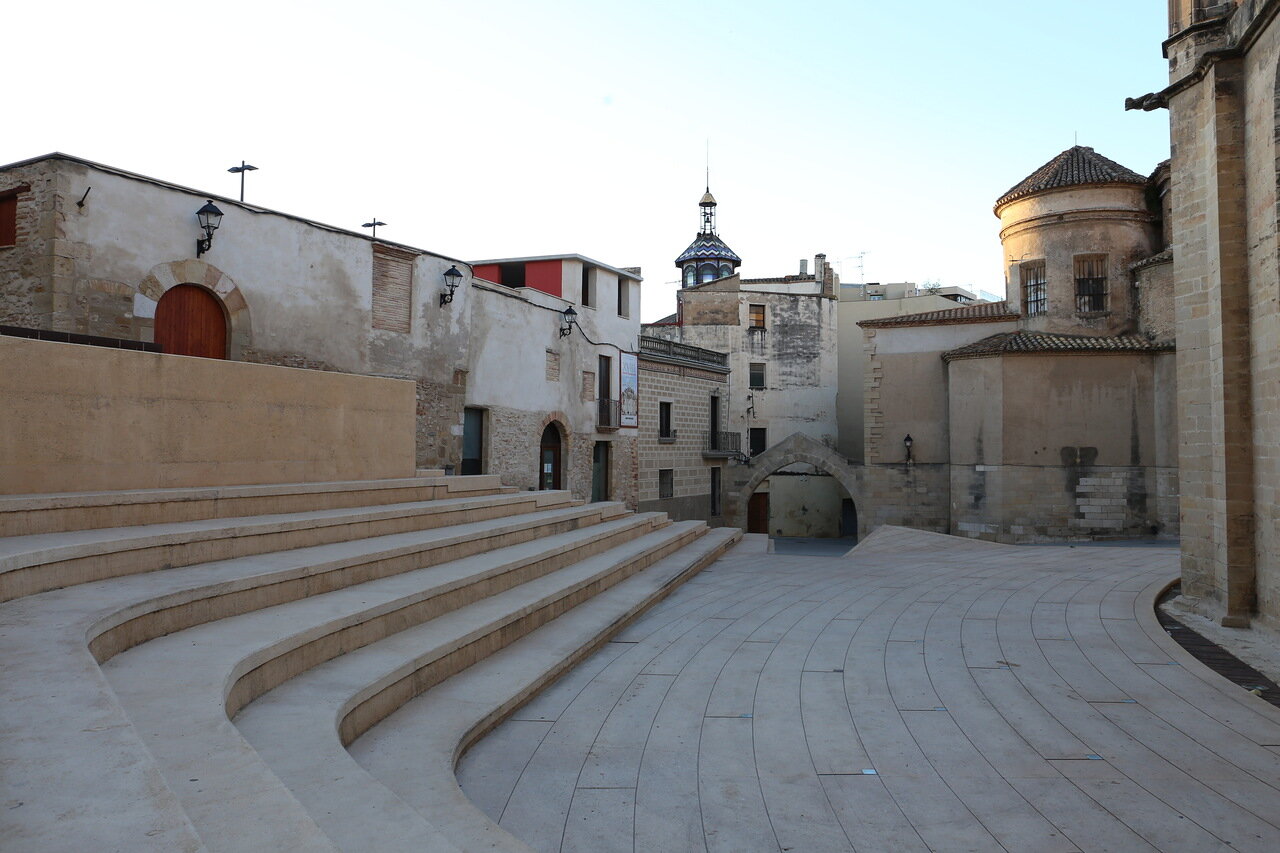 After 5 years, the construction of the Romanesque Church began, which was completed in 1178 and consecrated in the name of the Holy virgin Mary. From that building, only the courtyard with the Gothic gallery has been preserved. By the middle of the 14th century, the old Church was too small for the growing parish, and in the forties the diocese decided to build a new Church. A design competition was held and in 1346 Bernat Dalguaire was appointed architect of the construction. The work began a year later and lasted for more than 300 years. 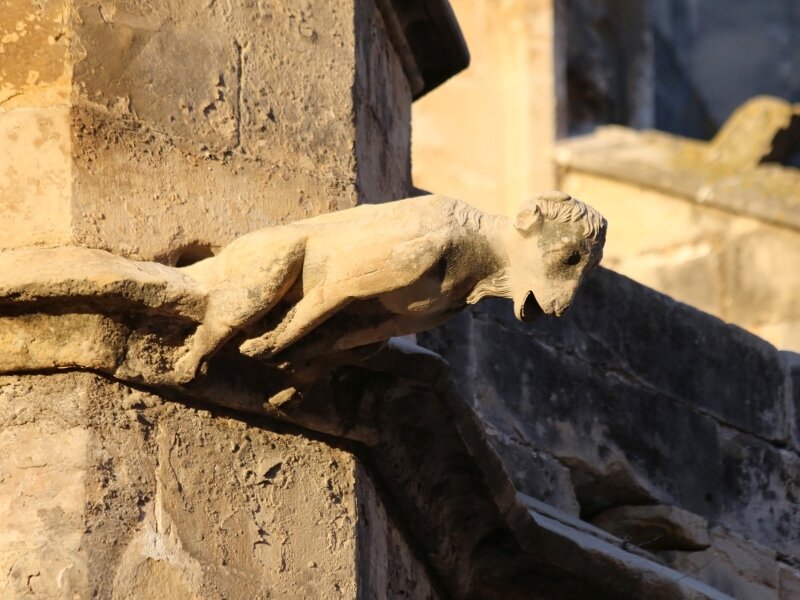 The first consecration of the Cathedral was held in 1441, when the altar was erected, only then began to build the nave. The Church was re-consecrated in 1597, although it was still very far from completion. 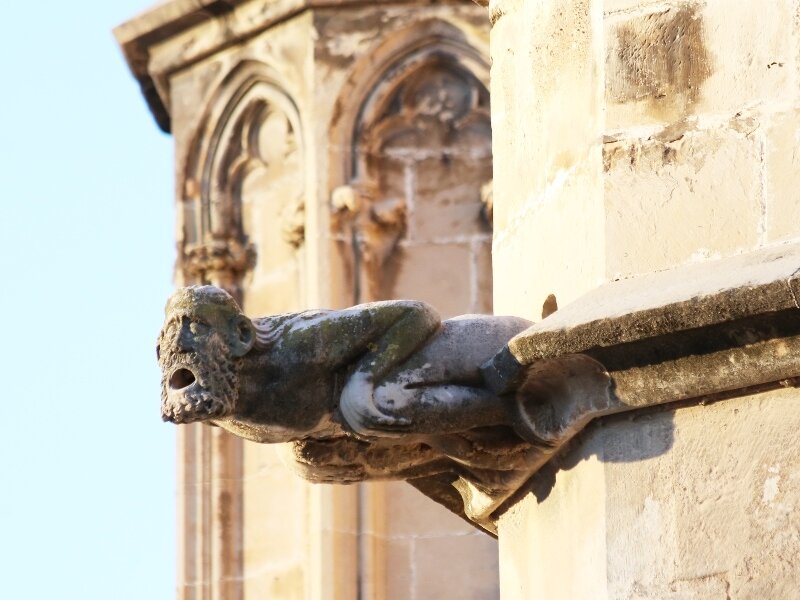 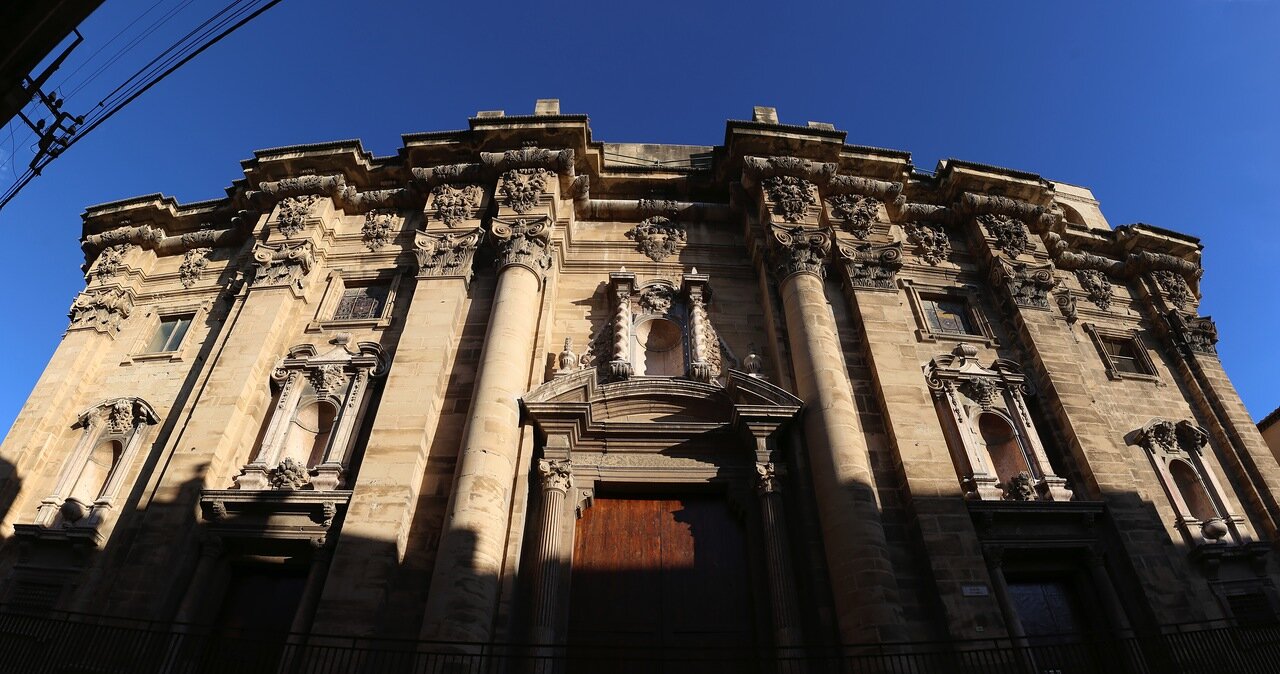 The facade of the Cathedral is separated from the urban development only by The narrow Plaza del Palau Cruera, so it is quite difficult to assess its overall appearance. 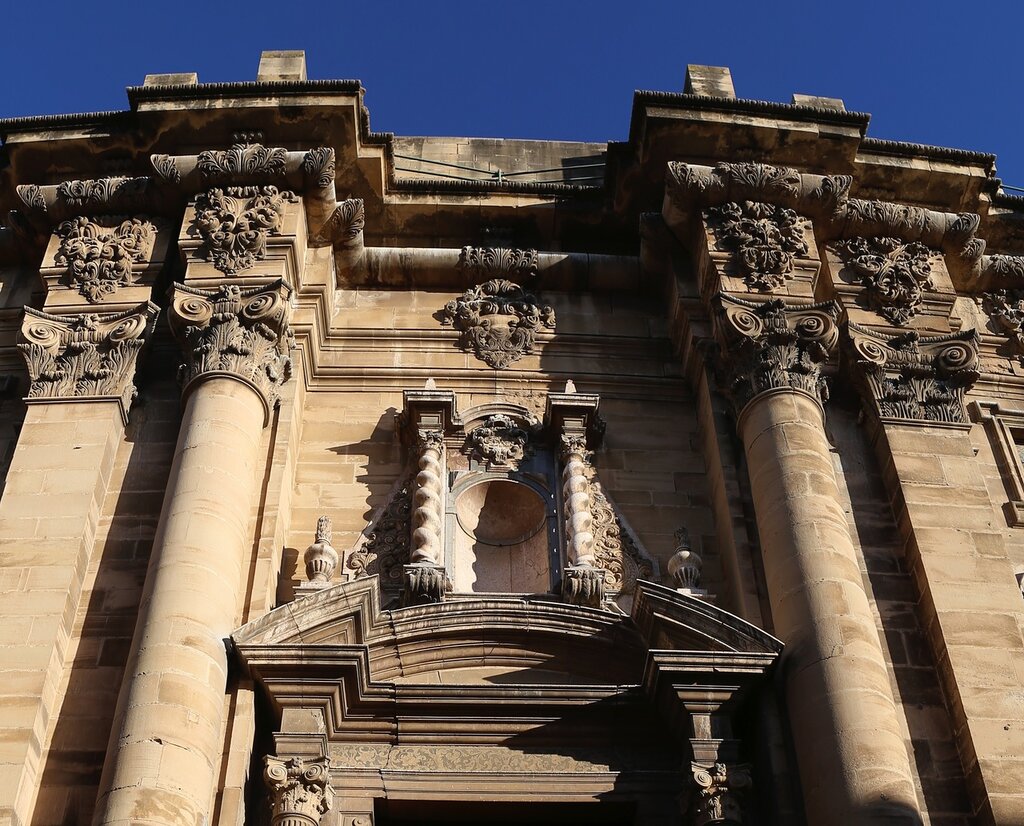 This is how the main nave of the Cathedral looks from the height of the castle De La Souda. Only here do you understand the scale of the construction. It is surprising to see a flat roof and the absence of a bell tower, characteristic of any medieval Church. 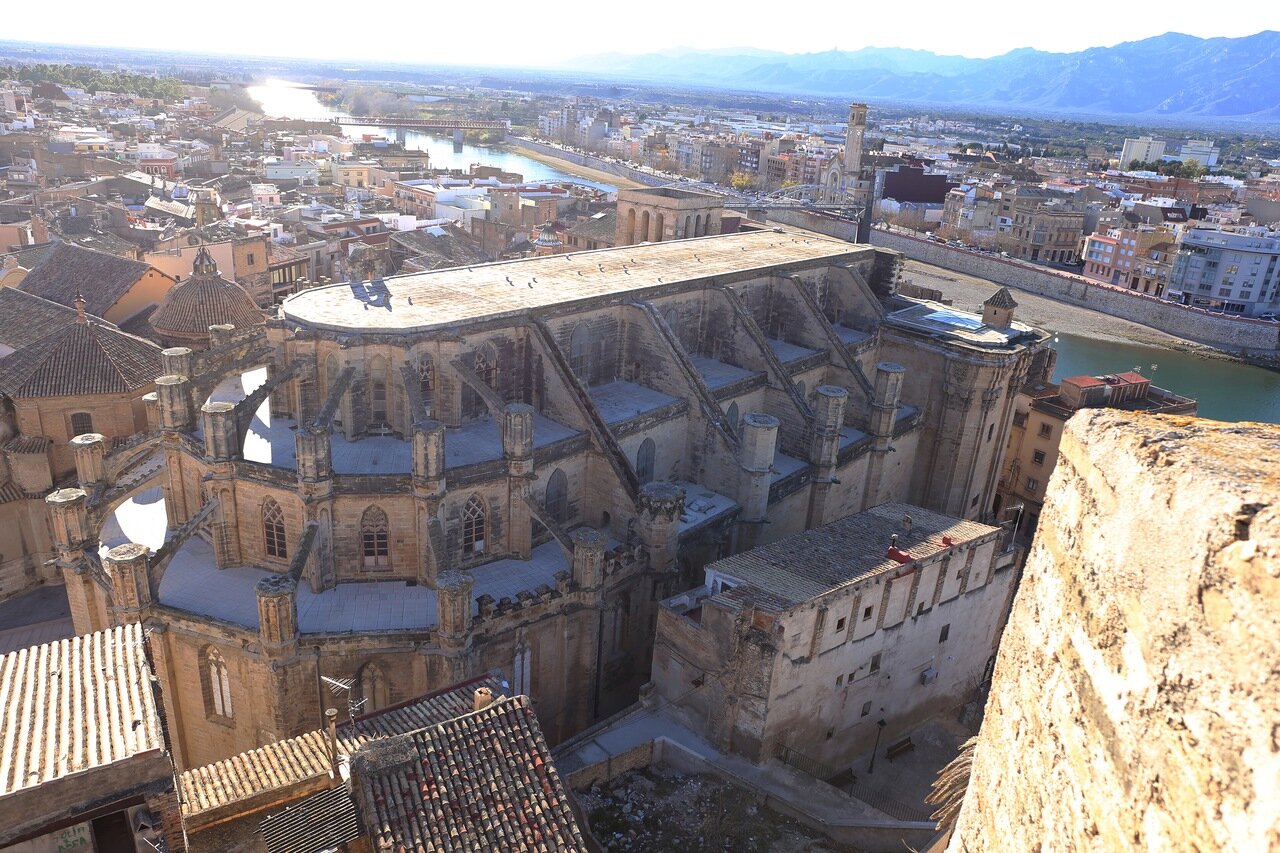 The interior of the Cathedral is also grandiose, and I was particularly impressed with the dungeons. The diocesan Museum contains a large number of exhibits. It is forbidden to take photos in the Cathedral. A visit to the Cathedral costs 3 euros, but you can buy a tourist card for 5 euros, which also allows you to see the Royal colleges, the Prince's Garden and the city Museum. The card is valid for 3 days.