The Fortress of San Juan (Avançades de Sant Joan map) was a part of the outer fortifications, built in the second half of the 17th century under the leadership of the Italian fortifier Luis de Gandolfo. This system of fortifications covered the access to the citadel De La Suda from the East. 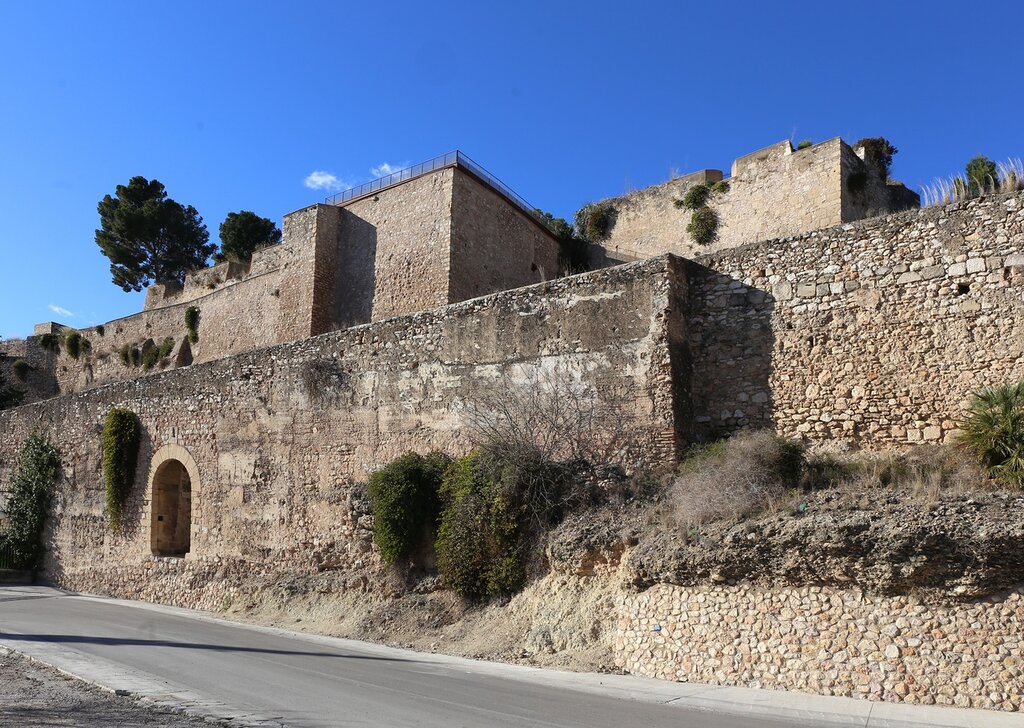 Enter the territory strengthen you by Gardens of the Prince, through the gate (map) leading to Chateau De La Suda, then you need to climb to a walkway, the serpentine leading to the bastions of the fortress. 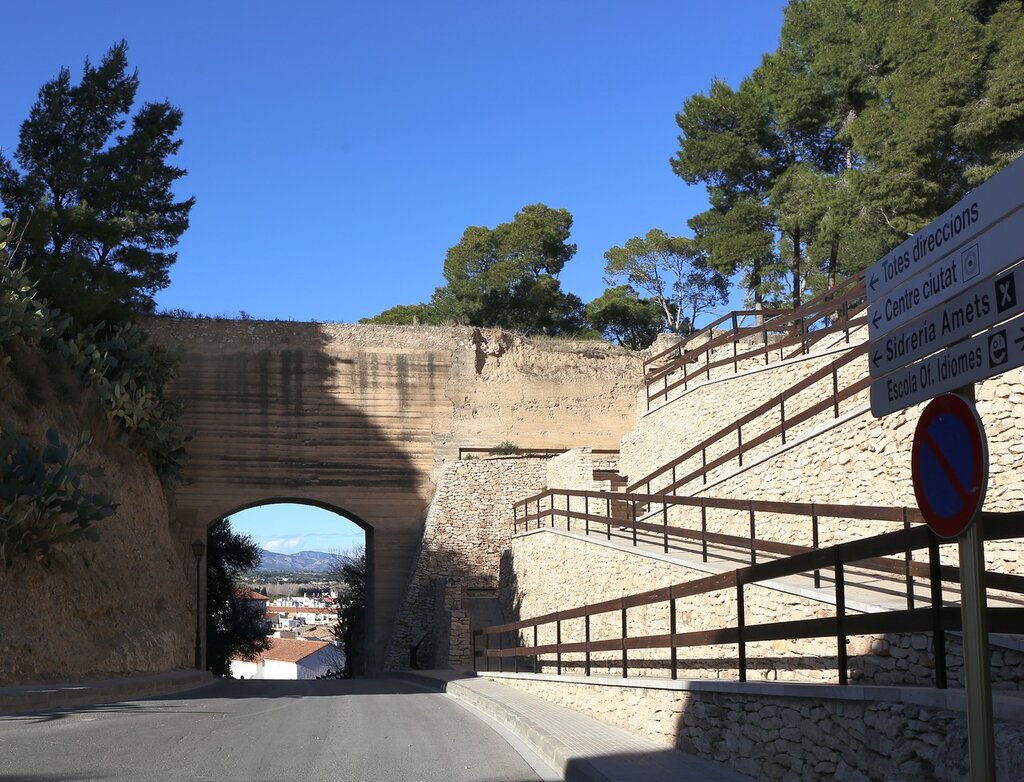 Climbing up the serpentine, walk through a medieval gate cut into the rock and decorated with the emblem. 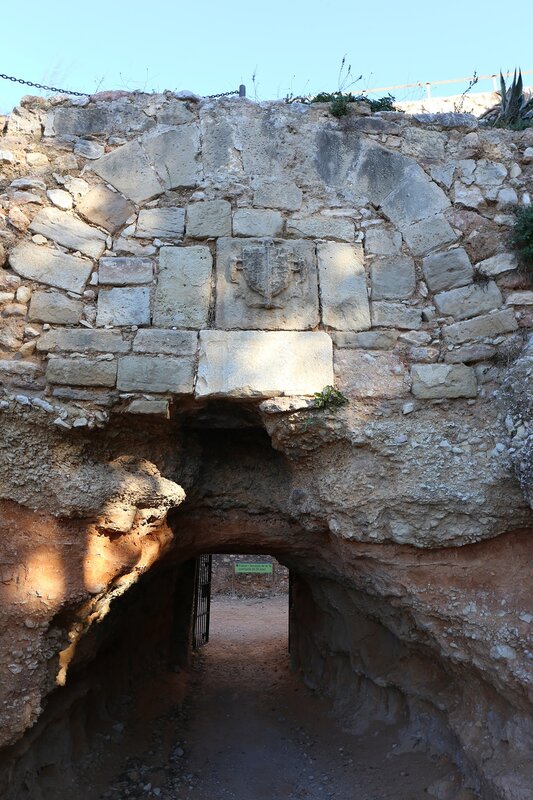 Fortification is quite extensive, and consists of two systems of fortifications - the main, built on top of a hill, and Ravelin, which is the Eastern Outpost and separated from the upper part of a wide moat. 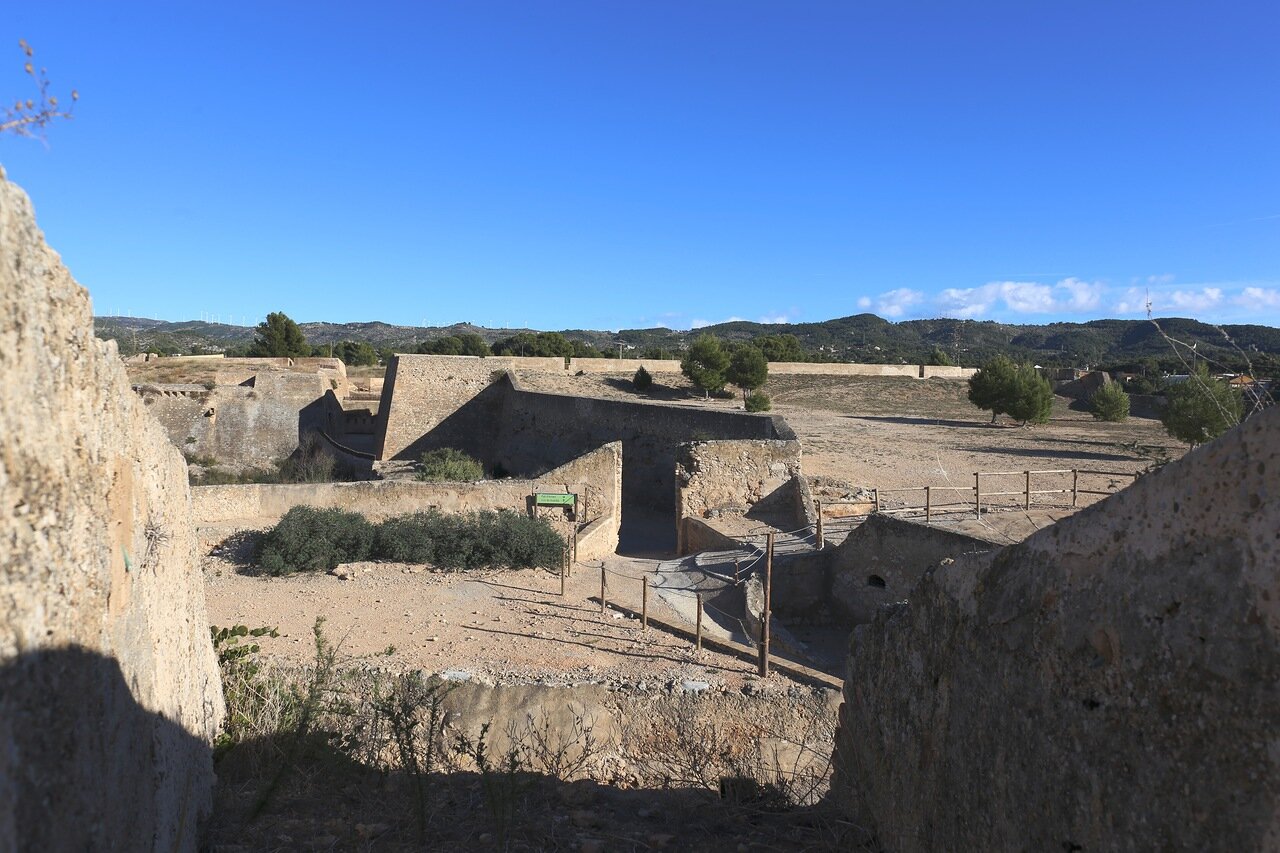 Walls of the fortress San Juan, along which the path winds, are a superb observation deck. 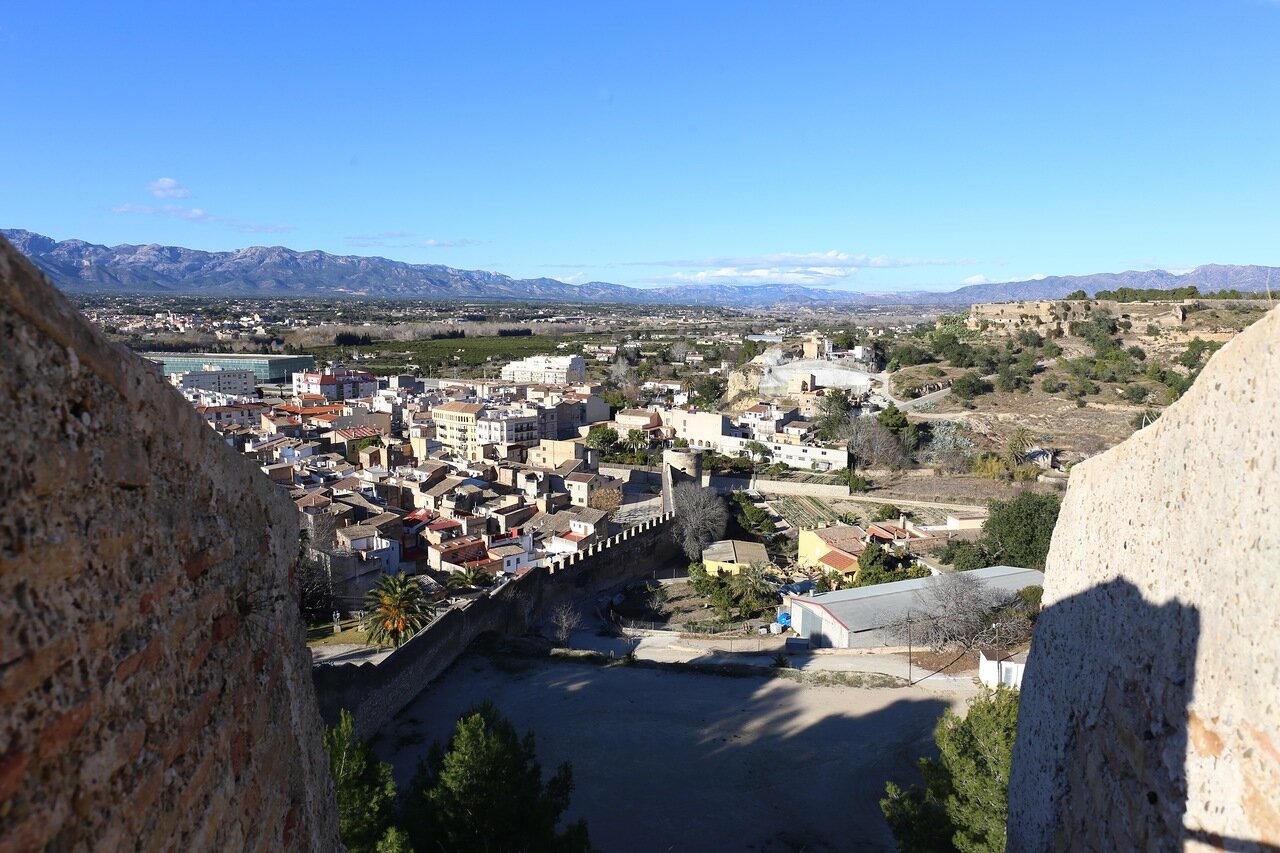 From the Bastion you can see the fortress de Terasses (Castell de Tenasses map), defending the city from the North. This fortification was built in the early 18th century until the seventies of the 20th century was under the jurisdiction of the Ministry of defence. One time, the castle was owned privately, but later became the property of the city. Judging by the reviews, the condition of the fortress deplorable, derelict for many years, she has turned into a dump. I think over time it too will put in order. 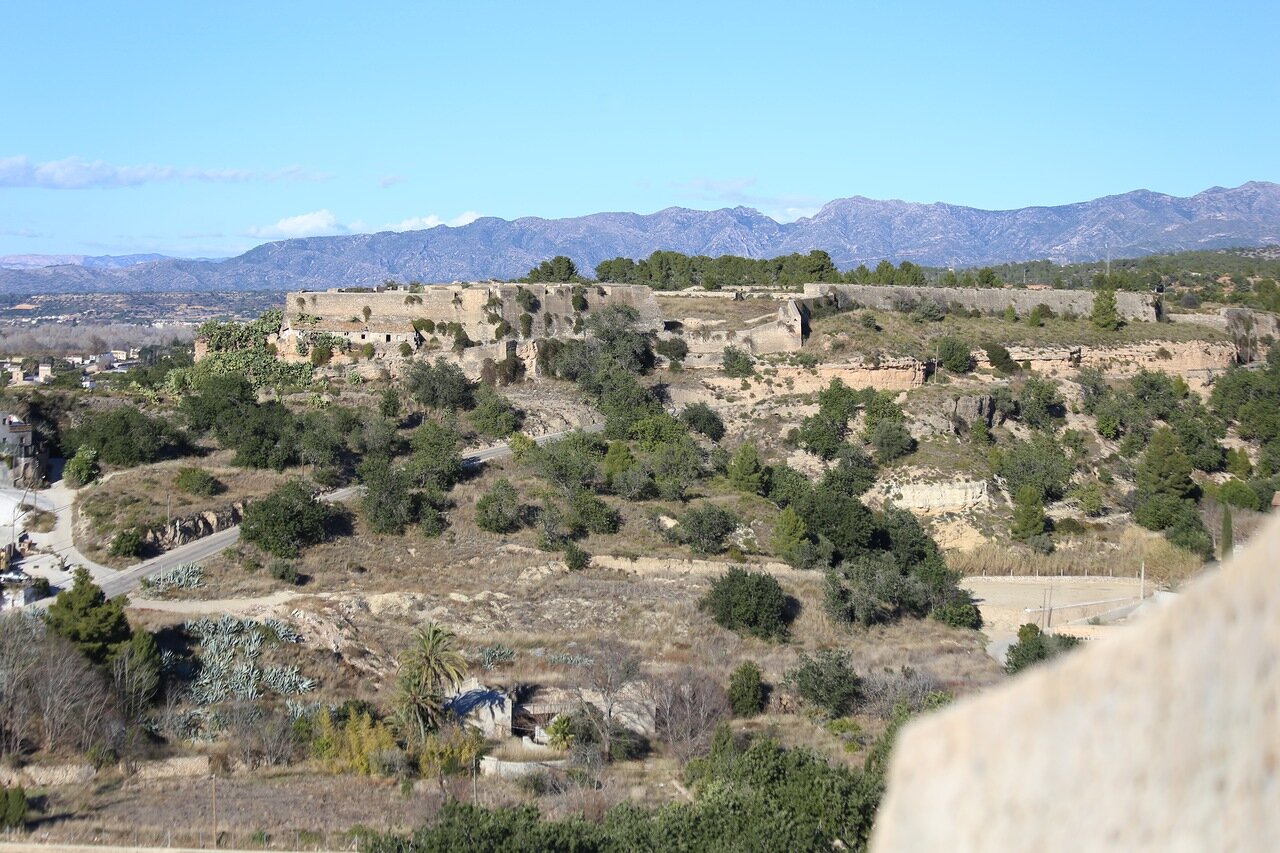 Looking to the West, will see the splendid panorama of the mountains and the valley of the river Ebro.

In the South-West you can see the building of the College feast of St. James, and Matthew (Col·legi de Sant Jaume i Sant Maties de), which belongs to complex of Royal colleges (Reials Col·legis de Tortosa). 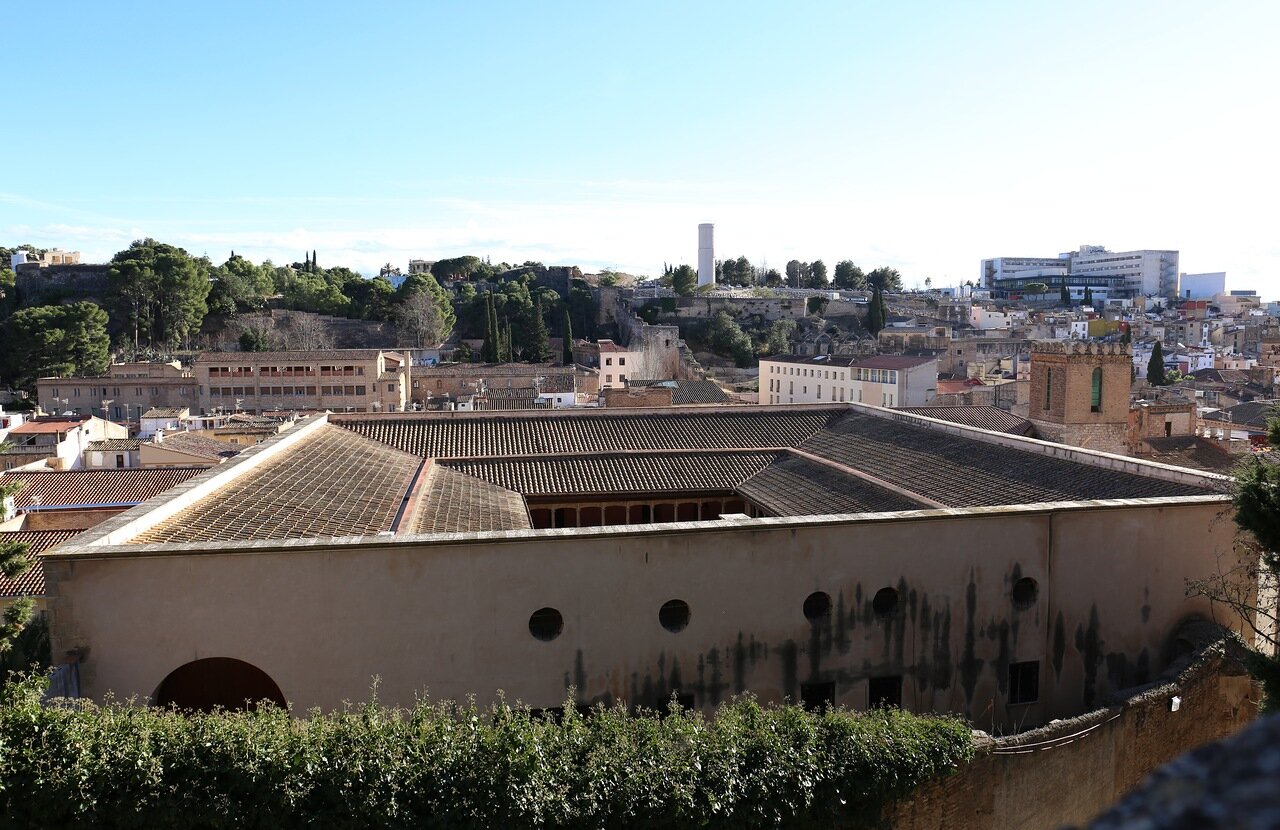 The dome of  the Church of Repair (Església de la Reparació) released their multi-colored roof and glass lantern. 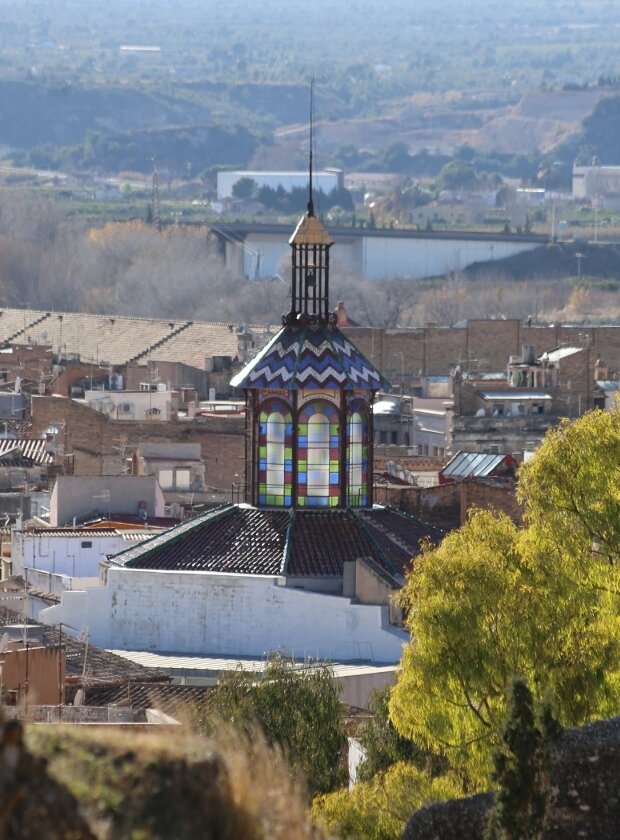 And to the West is Chateau De La Suda where we will go. 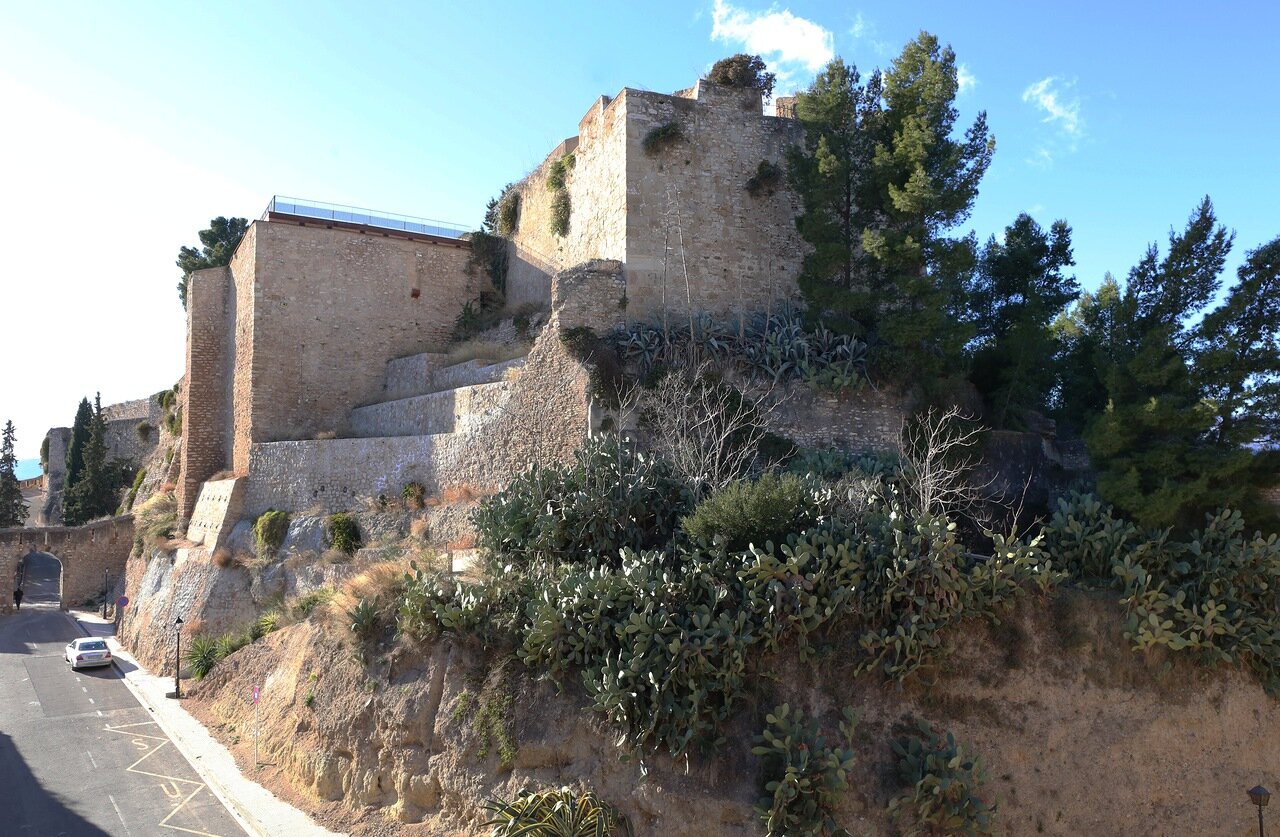