The Central square of the district is named after the Spanish Renaissance poet Juan Boscana (Plaça del poeta Boscà on the map).

A good half of the square is occupied by the municipal market of Barceloneta (Mercat de la Barceloneta). Since the founding of the district, the center has been Barceloneta square in front of the Cathedral of San Miguel del Port, there was also a local market there. In the second half of the 19th century, when the area began to be built up with high-rise buildings, the area became too small to meet the needs of the increased population. The city authorities decided to demolish some of the old two-story houses in the heart of the district and build a large indoor market on this site. The building was designed by Antoni Rovira i Trias and opened in 1884. It is a 2600-square-meter pavilion with a metal frame, like most similar buildings of that time. In 2007, as part of the reconstruction of the square, the market building was also modernized. The author of the renovation project, Josep Miàs Gifre, created a modern shopping center with original architecture and equipped with advanced technologies on an old frame. For example, almost half of the electricity consumed by the market is generated by solar panels placed on the roof of a building. Now in the building, in addition to the traditional shopping malls, there are also 2 good restaurants, cafes, bars, a supermarket. 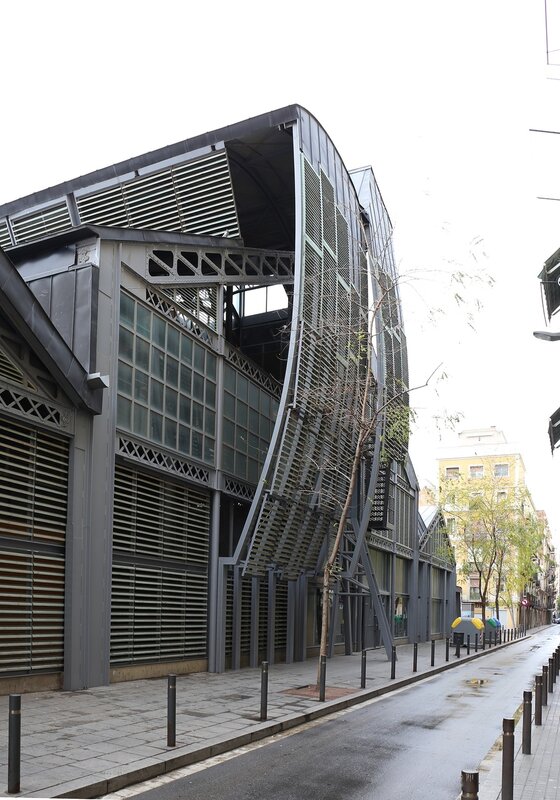 Before the trip, I read a lot of sad reviews about this place - shabby houses, piles of garbage, a gathering of tramps and drunks. Maybe it used to be, but now it is clean, beautiful and safe. 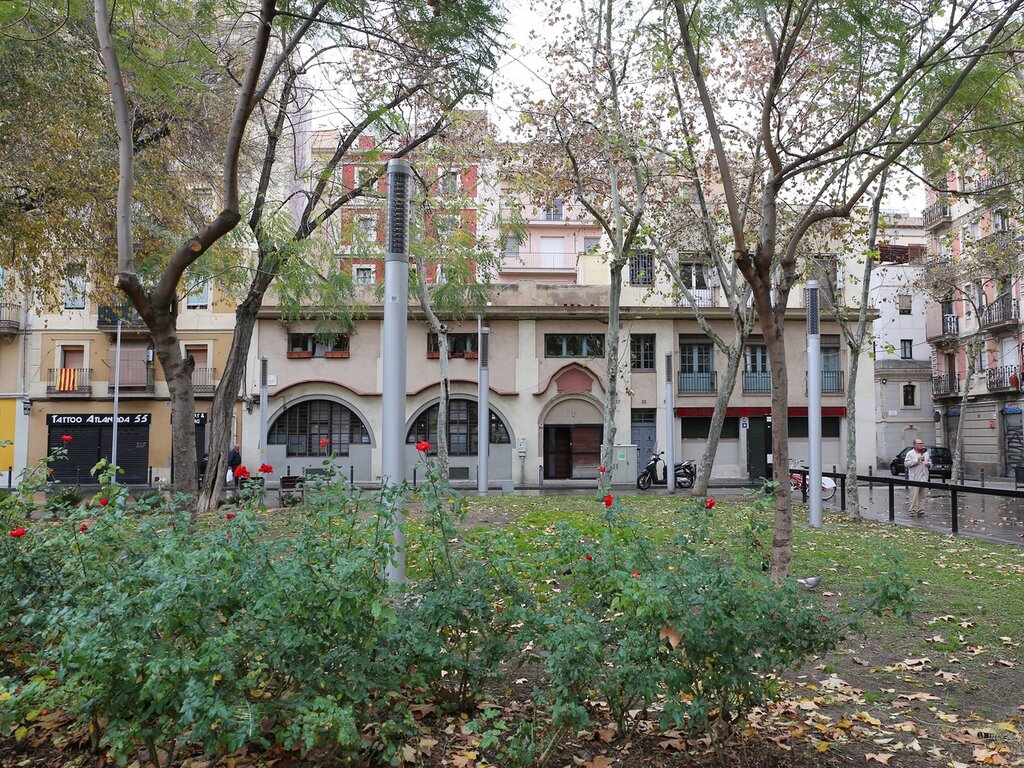 In 2007, the square was reconstructed, with ping-pong tables, garden furniture, and a children's Playground. The space under the square is occupied by a huge Parking lot. 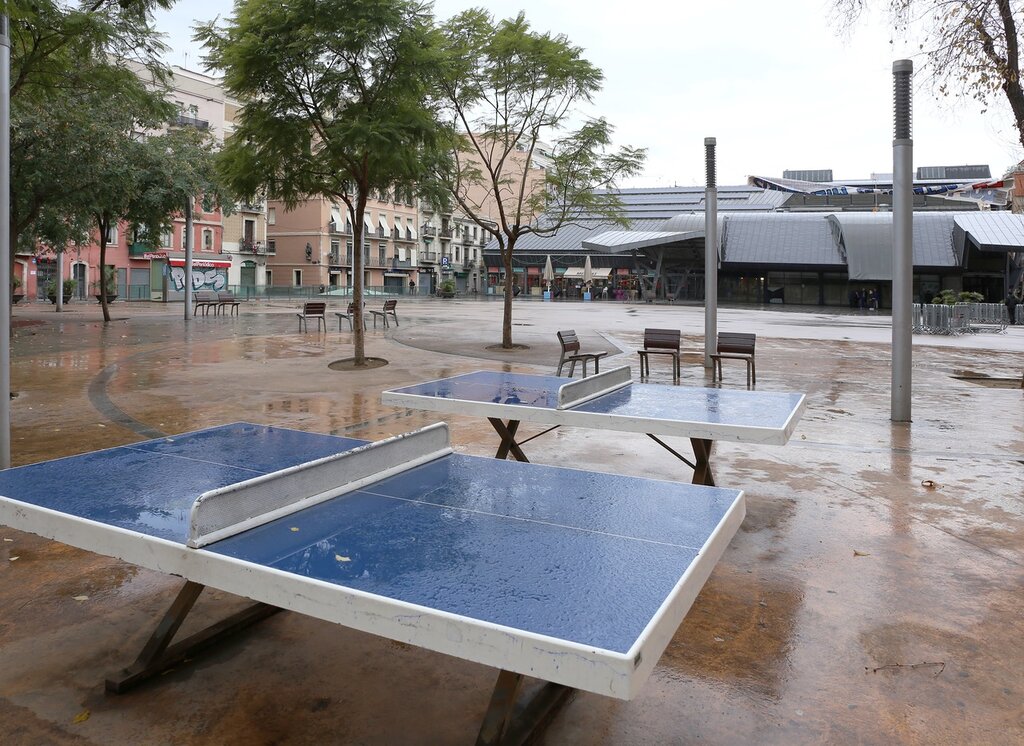 The square is surrounded by buildings of a wide variety of architectural styles and eras: 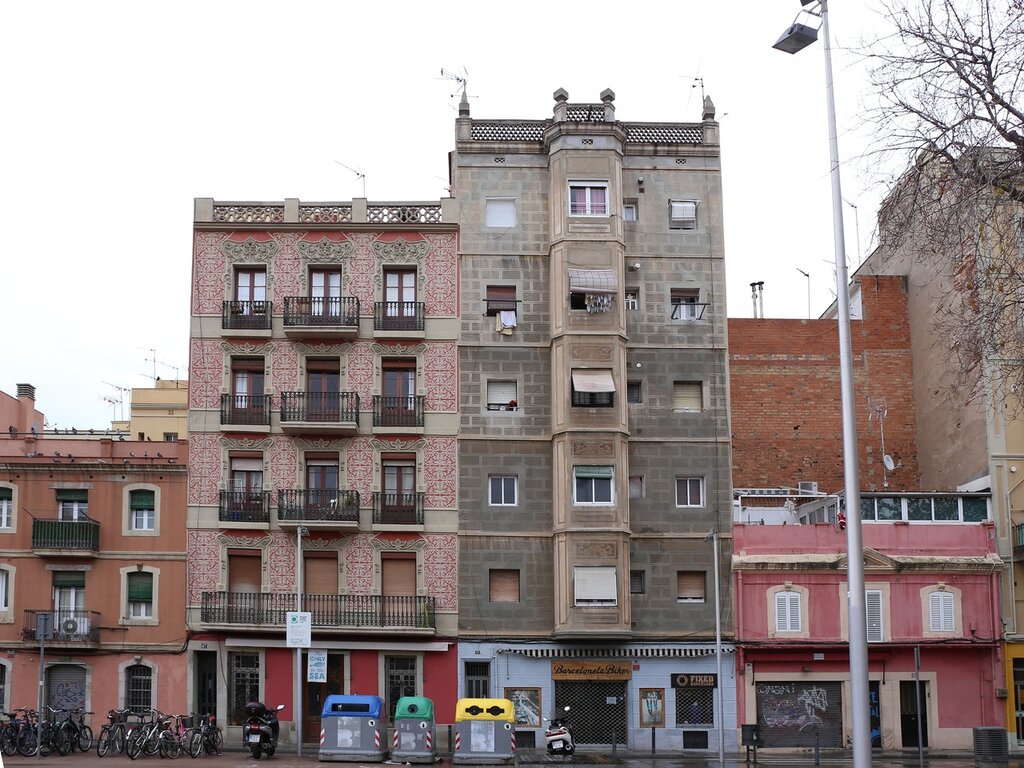 The Casa Magret building, decorated with stucco and sgraffito, 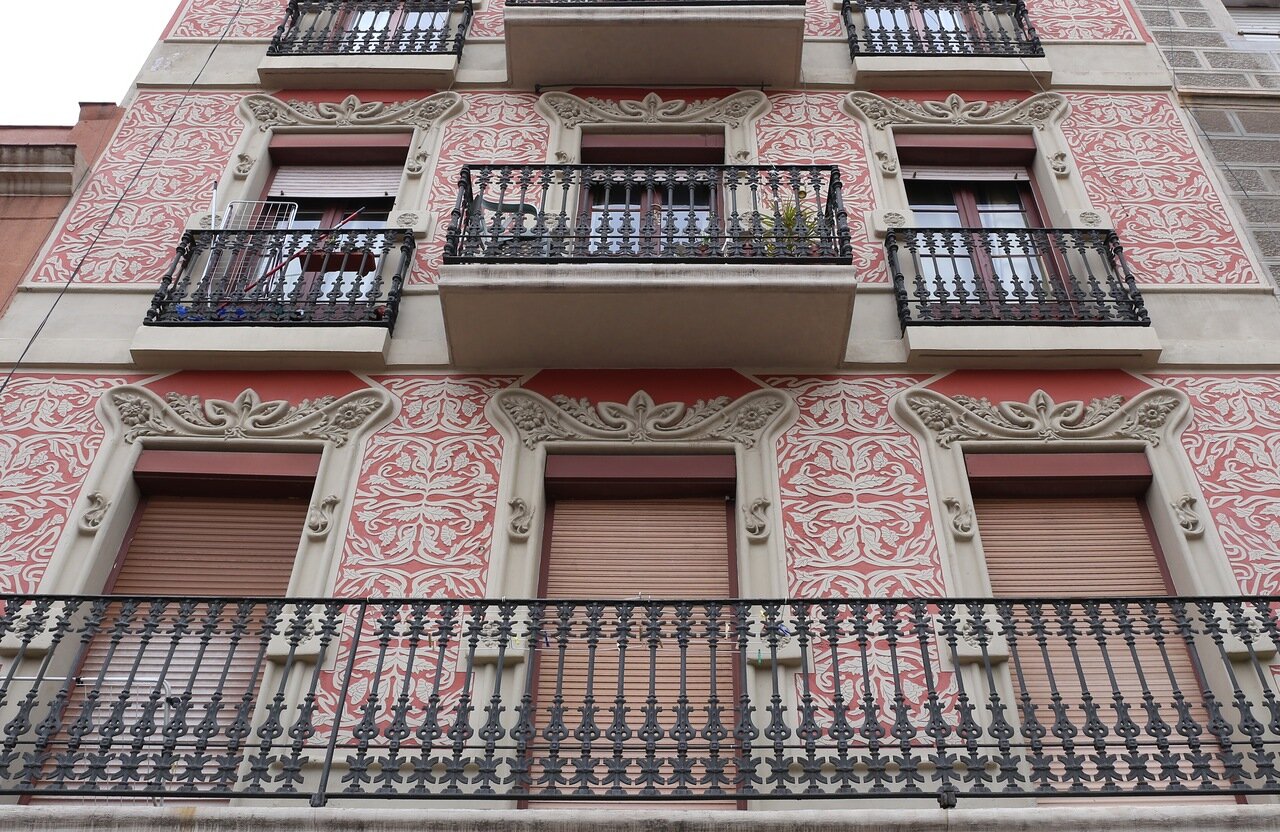 and a ramshackle two-story house from the era of prosper Verbom, which miraculously survived the era of urbanization. 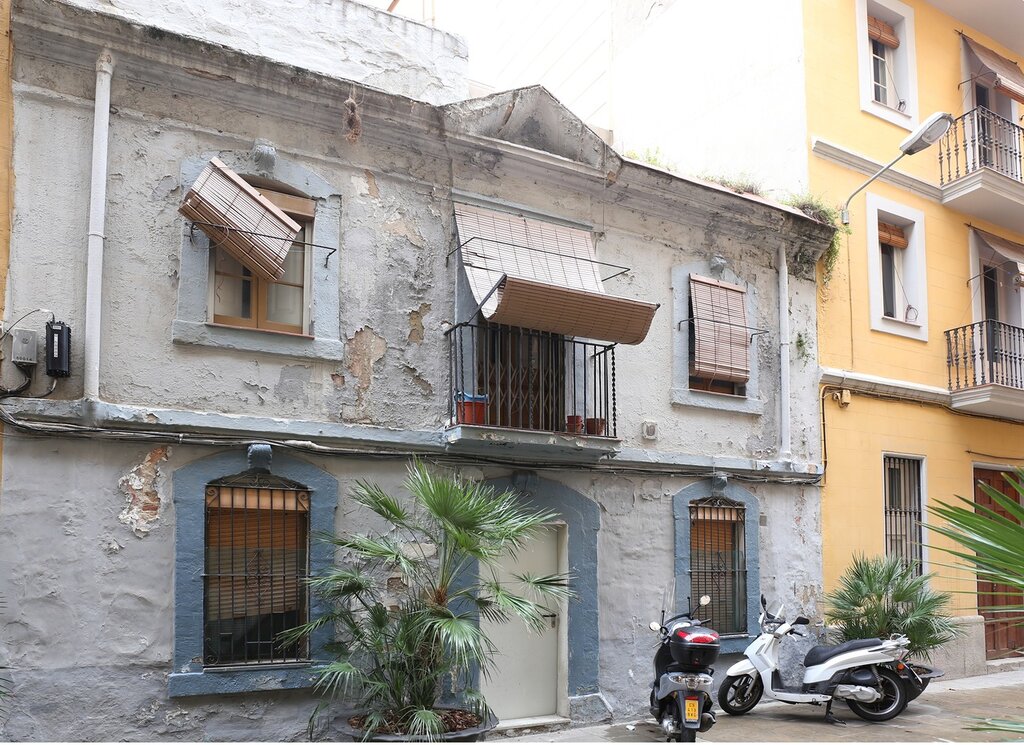 As well as sedate high-rise buildings in the style of rationalism. 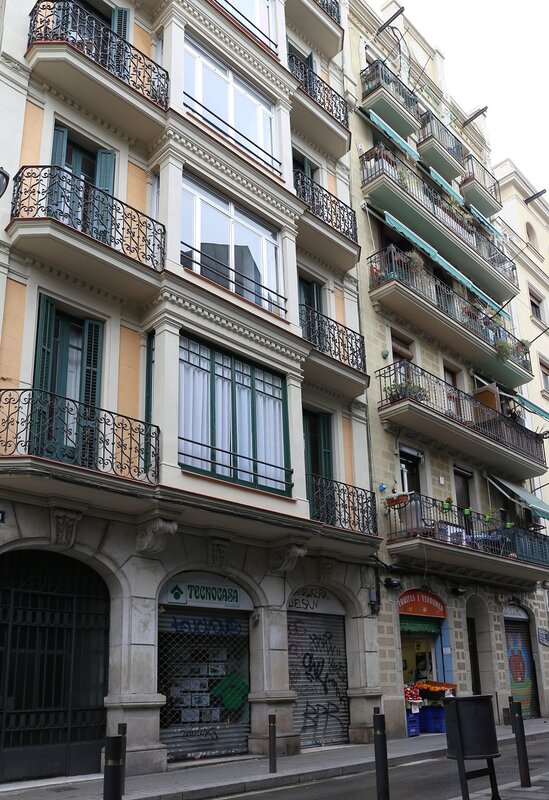 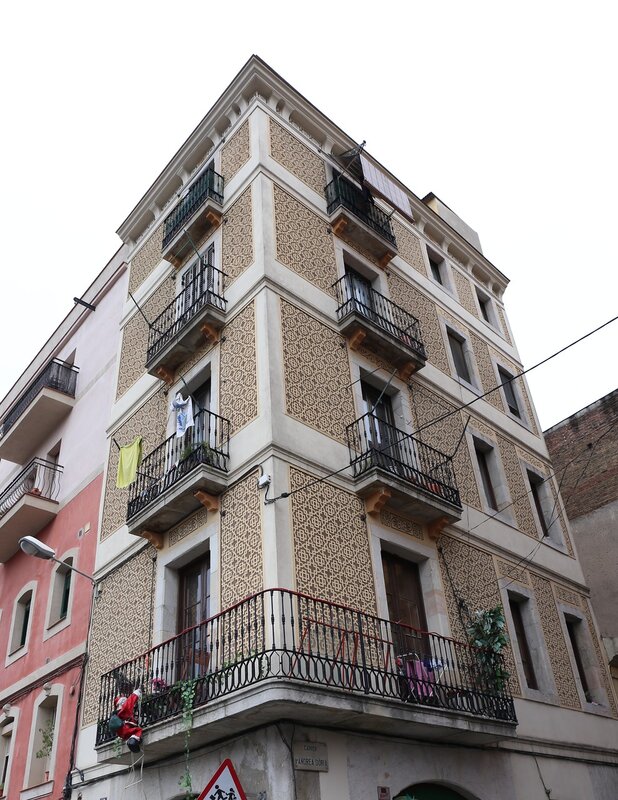 On the wall of one of the publications, you can see a sculpture called Negre de la Riba ("the Negro from RIBA", on the map), looking at which you can think that it is carved from wood and it is not one hundred years old. In fact, the figure was sculpted from fiberglass by artists David Castillo and Oscar Perezpo in 2003. The history of this statuette is quite interesting and began in 1860, when a merchant brig was wrecked off the coast of Barceloneta (according to other sources, it was broken up for firewood), which arrived from South America. The prow of this ship was decorated with the figure of an Indian, which somehow turned out to be the property of the owner of the tavern, on The moll de la Riba (now the promenade Barceloneta), who installed it in front of the entrance to his establishment. Under the influence of time and salt winds, the paint with which the statue was painted has peeled off, and the wood has turned black, and the statue has become black, receiving its current name. The black figure with the ferocious expression took on mystical features, scaring naughty children. After the tavern was demolished, the figure wandered around various shops and restaurants for a long time, until it found shelter in the Maritime Museum of Barcelona. In 2003, to commemorate the 250th anniversary of Barceloneta, a replica of the figure was placed on the wall of one of The houses surrounding boscana Square. 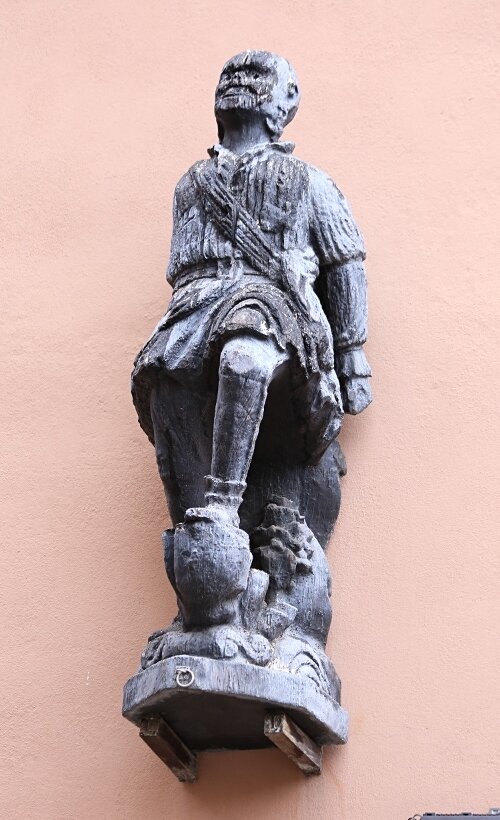 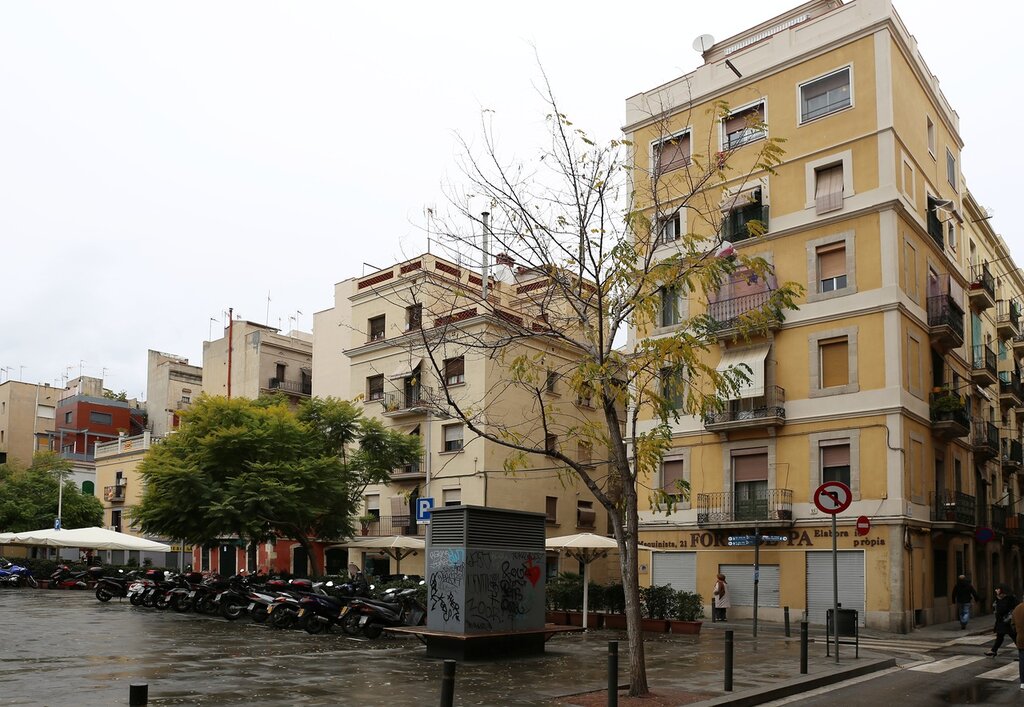