After looking at the play of light from the Agbar tower, I head towards the city center along Gran Via (full name Gran Via de les Corts Catalanes), the longest street in Barcelona. Its length of 13.1 kilometers is the second in Spain, second only to Gran Vía de la Manga, which stretches along the sandbar along the La Manga lagoon near Cartagena. The street follows the line of an ancient road that connected coastal villages.

The arena "monumental" (La Monumental on the map) was opened on April 12, 1914 and originally bore the name "Sport". In 1916, it was renamed "Monumental". The arena is built of brick, and its style is a mixture of Moorish and Byzantine architecture. There was a traditional Spanish entertainment — bullfighting. The last bullfight took place here on September 25, 2011, and it is now banned in Barcelona. 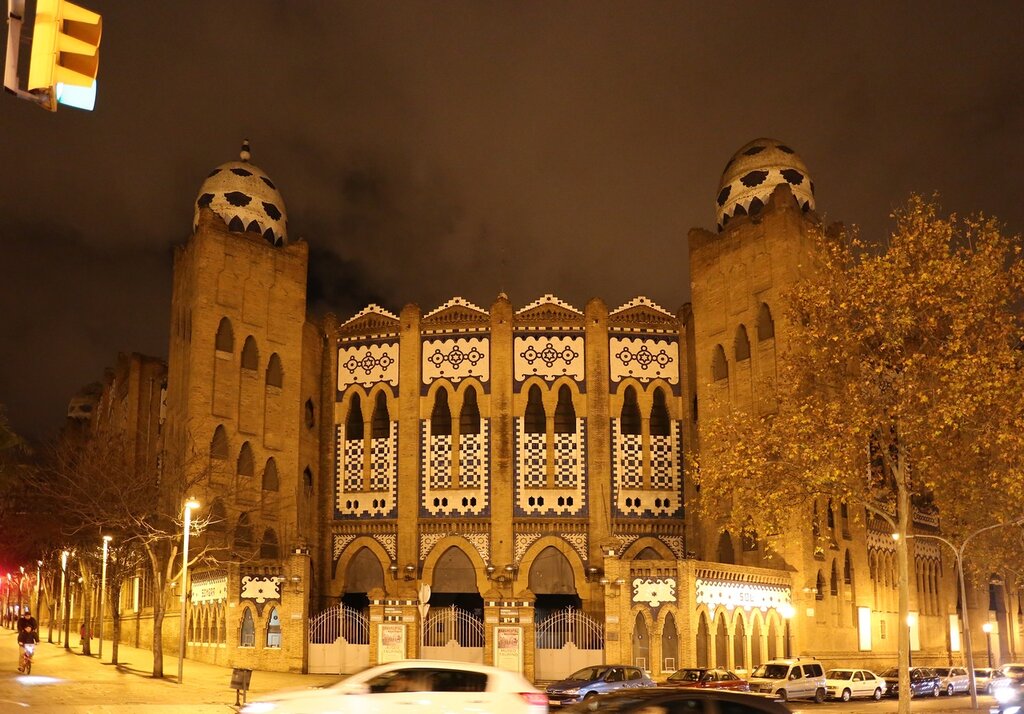 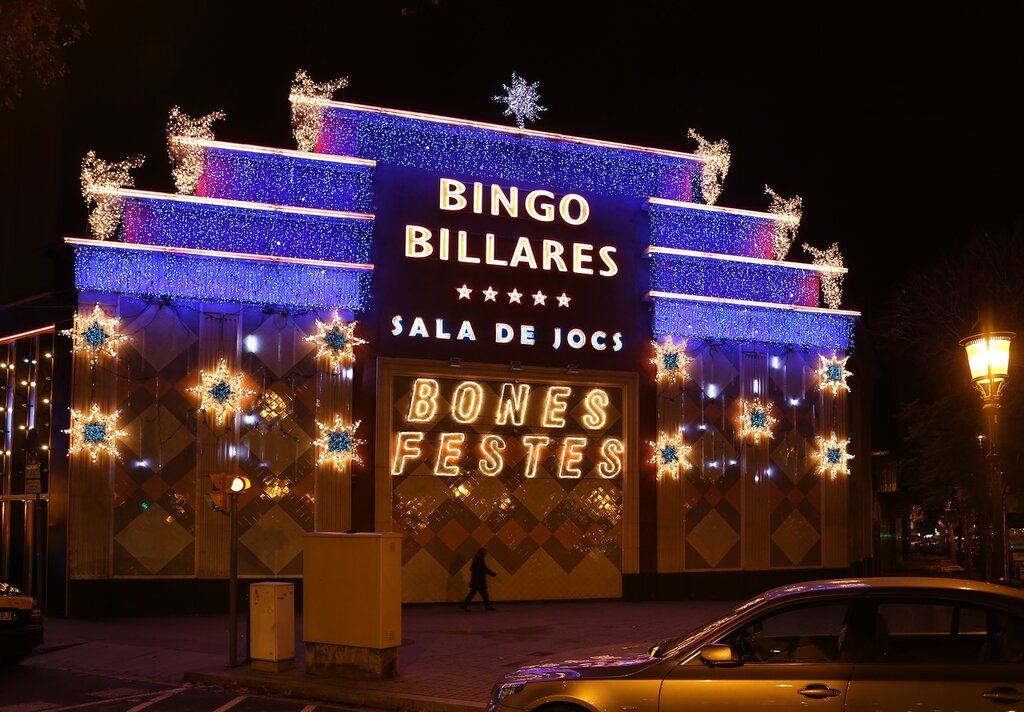 The Havana hotel is decorated in a Christmas style. 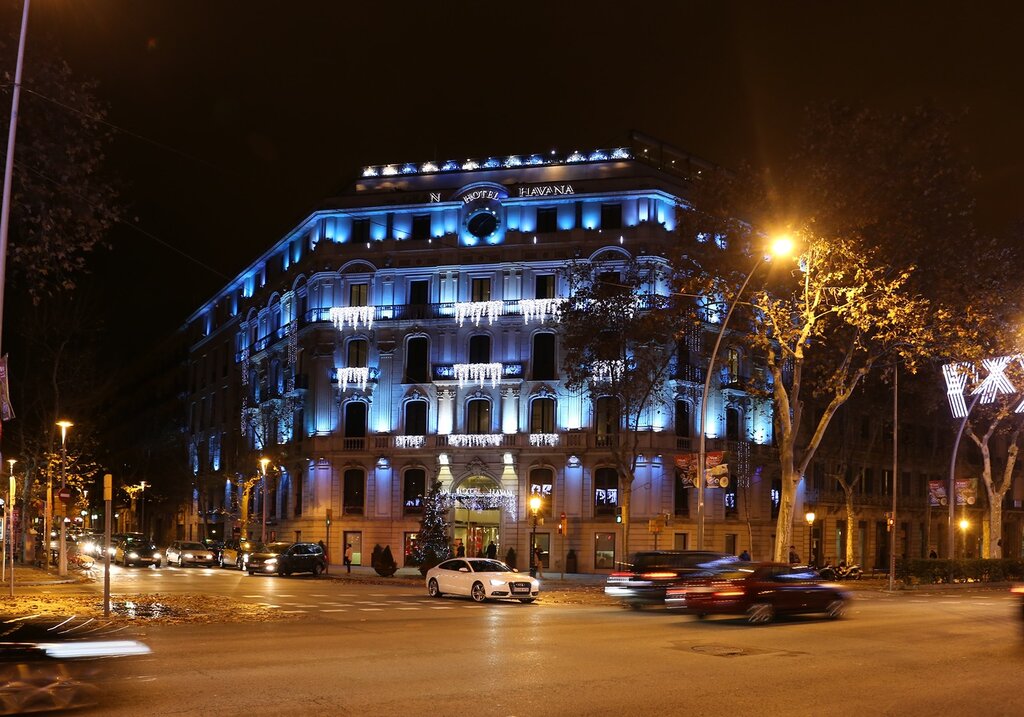 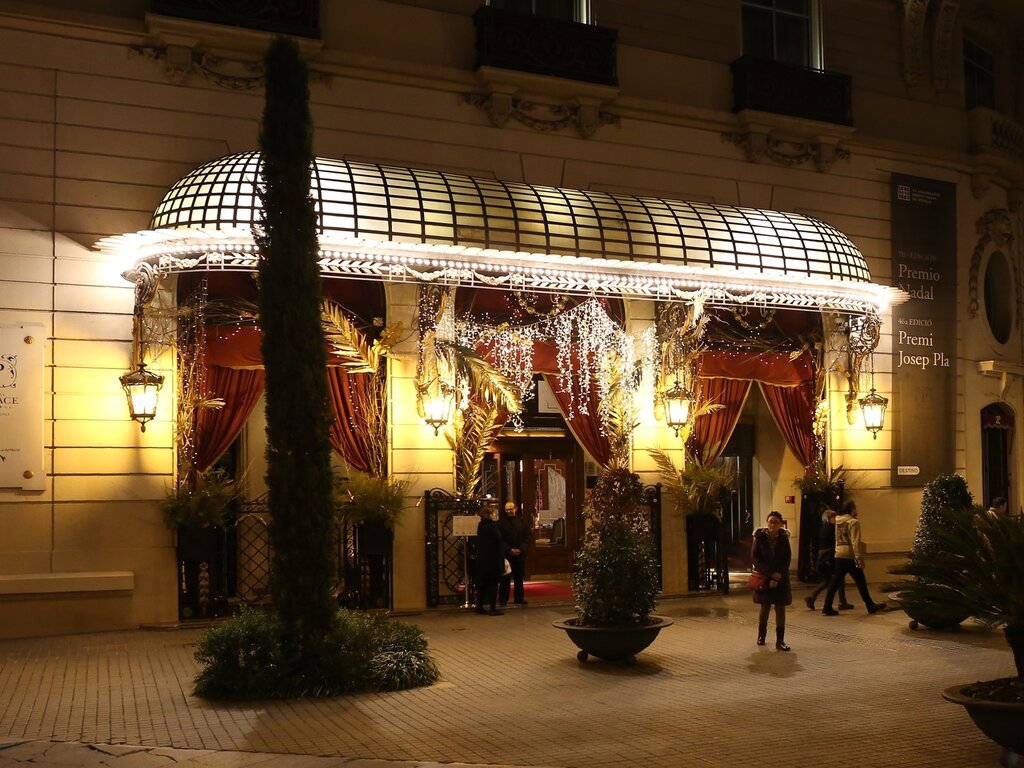 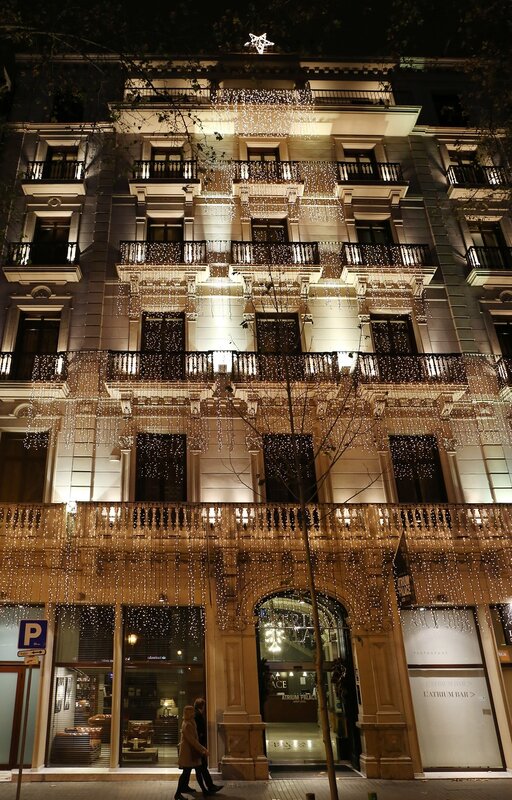 Christmas decor of a lighting store. 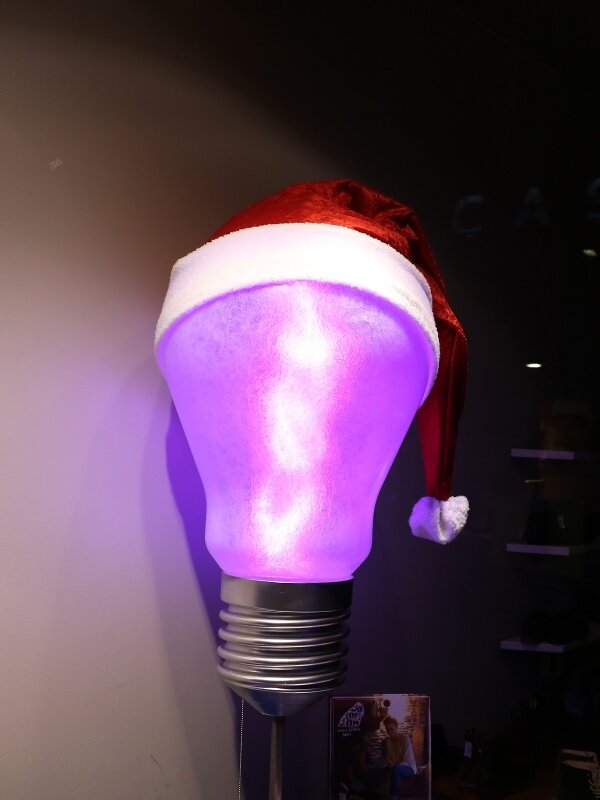 The intersection of Passeig de gràcia (Passeig de Gràcia). The Building Of The Banco VitalicioBCN. 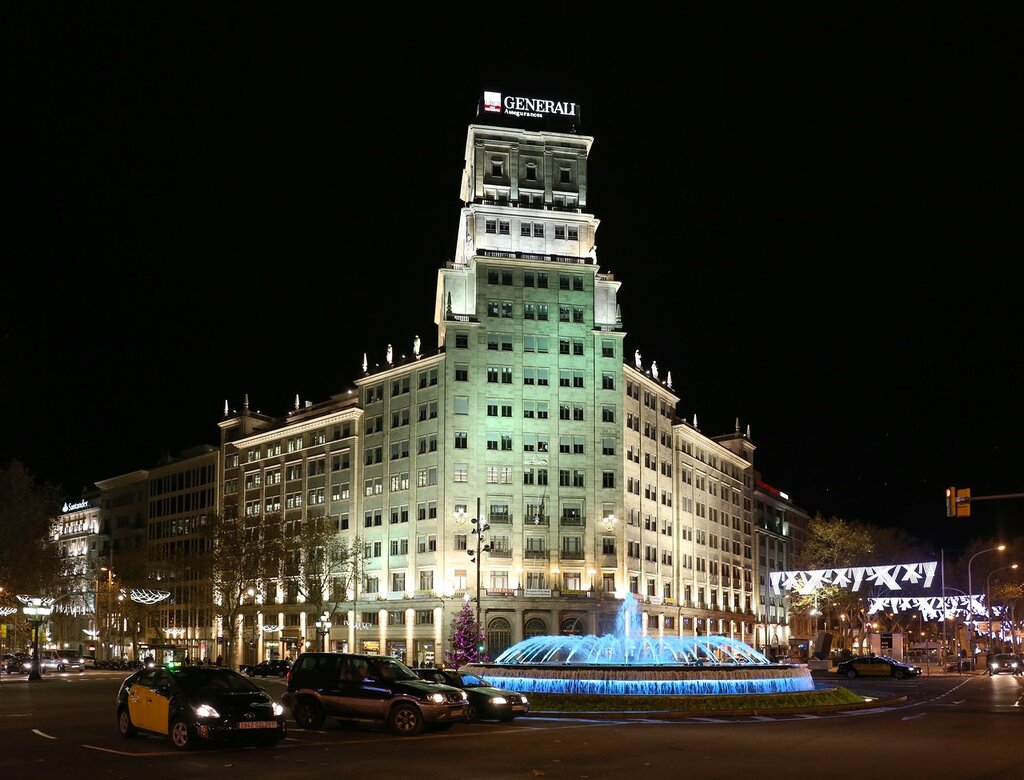 A fountain with dynamic lighting. 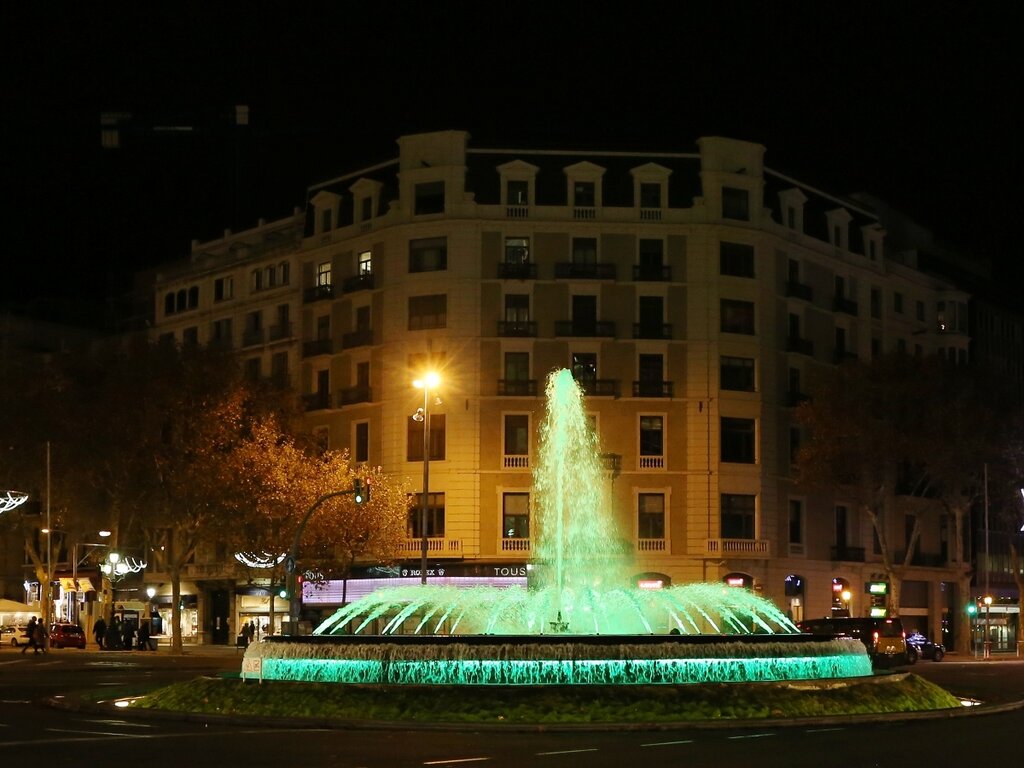