In the left corner of the civil aviation hall, there are several helicopters that were used by the Finnish air force and civil aviation at various times.
Rotorcraft appeared in Finland in the 50s. The first helicopter purchased by the Finnish air force was the Bell-47D-1, which served for more than 20 years, until 1976. It is this, the very first Finnish helicopter, that is now in the Museum. 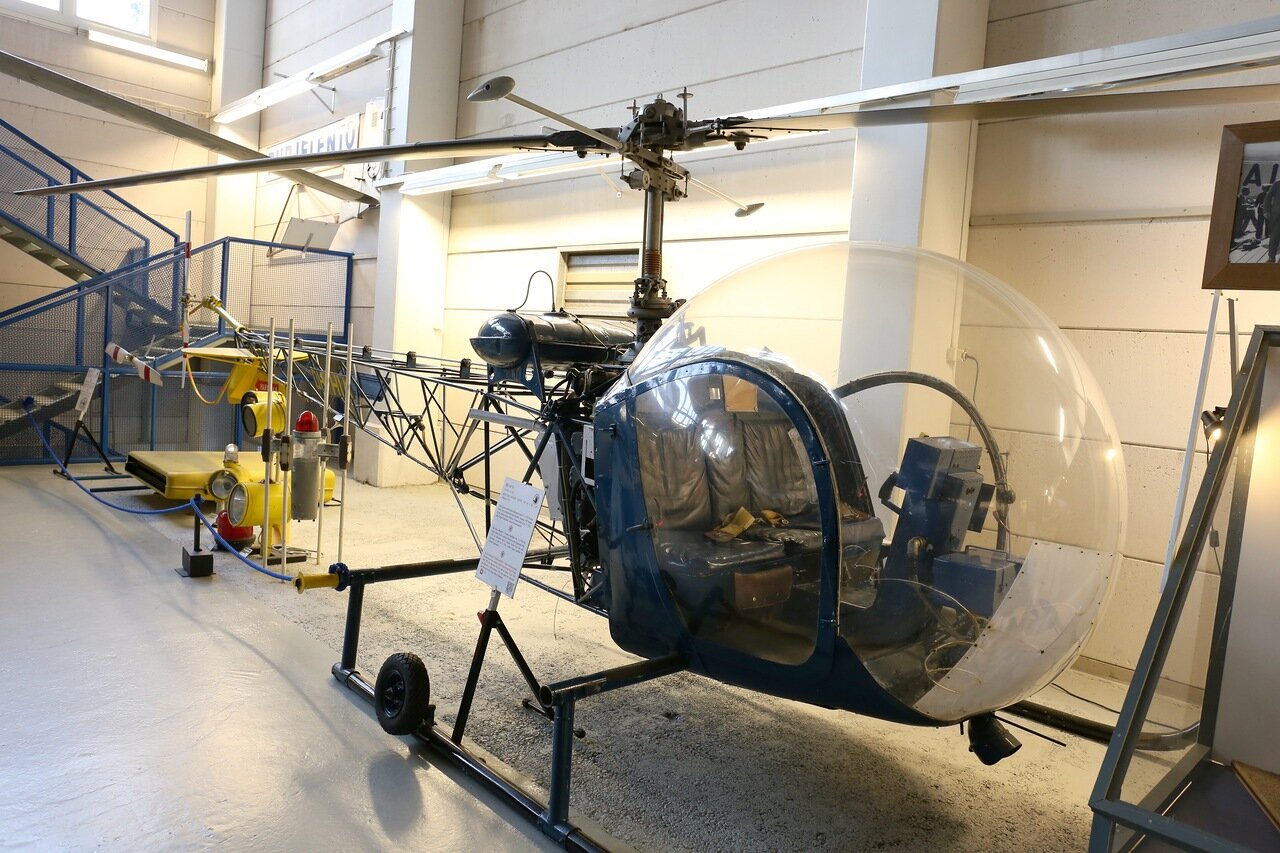 The helicopter was designed by Bell Helicopter designer Arthur M. Young and made its first test flight in 1945. In March of the following year, the car received a certificate of airworthiness in the United States. This is the world's first certificate of a new class of "Helicopter" aircraft, which opened the way for rotorcraft for mass use. In the same year, serial production began, which lasted until 1973, Becoming the first serial helicopter in history, the machine was widely used in the Korean war of 1950-1953. A total of 5,600 vehicles were produced in more than 30 different variants, which were widely used in both military and civil aviation, remaining the best light helicopter until the mid-60s. The Italian firm Agusta, Japanese Kawasaki and English Westland Aircraft also acquired licenses and produced the helicopter. 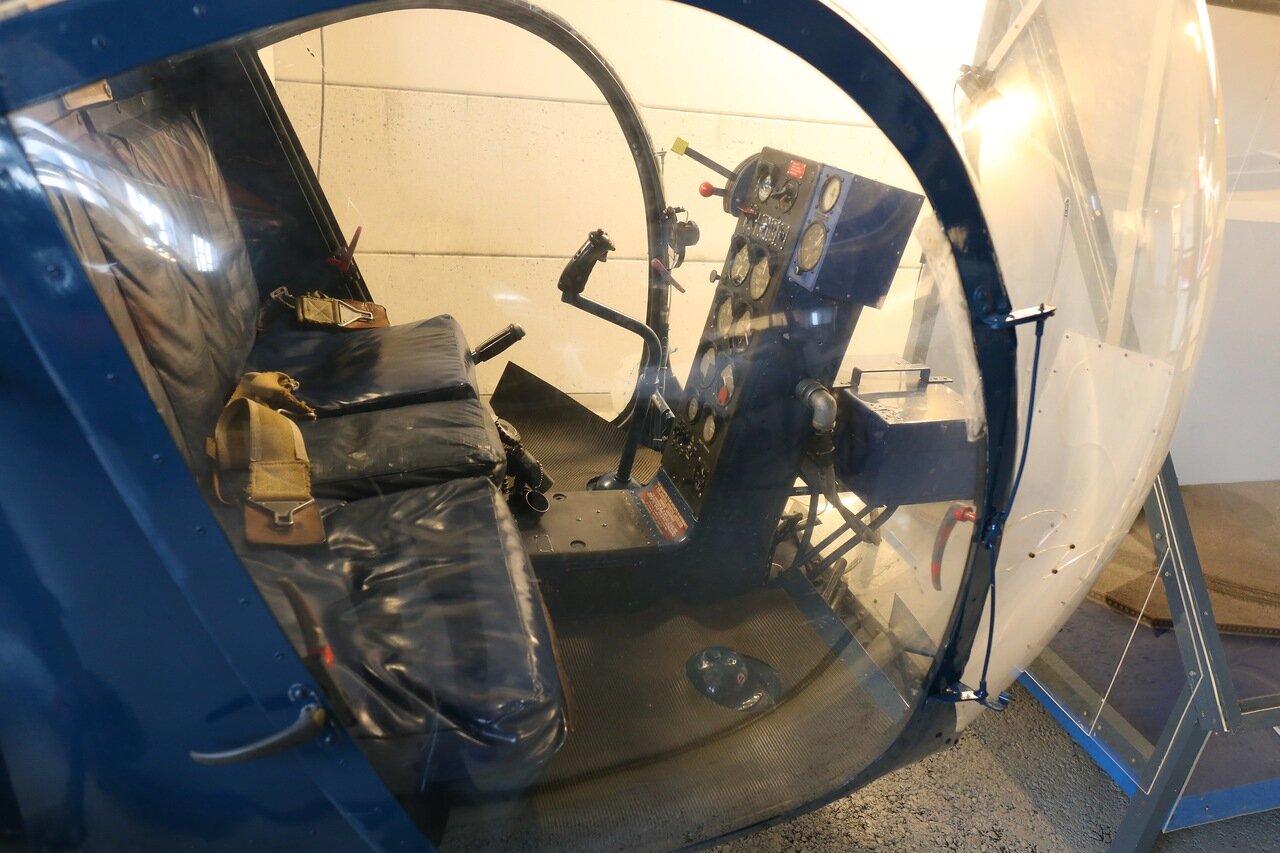 The gyro Kokkola KO-04 Super Upstart-autugiro. Built by an Amateur Seppo Kokkola in 1968. 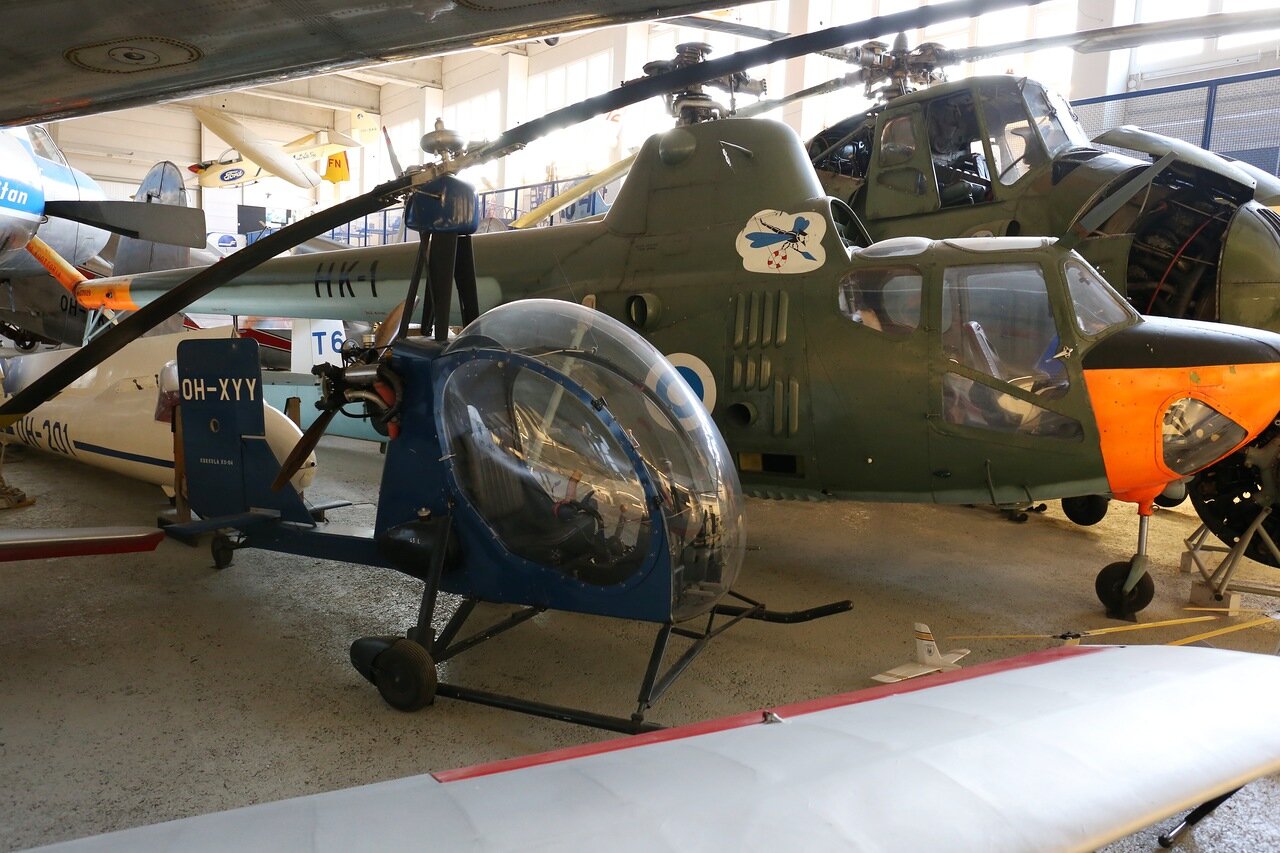 PLZ SM1SZ is a Polish clone of the Soviet Mi-1. The copy presented in the Museum was presented by N. S. Khrushchev to President Kekkonenen on his sixtieth birthday. For a long time, the helicopter was used by the Finnish air force as a training vehicle-the machine was equipped with dual controls. 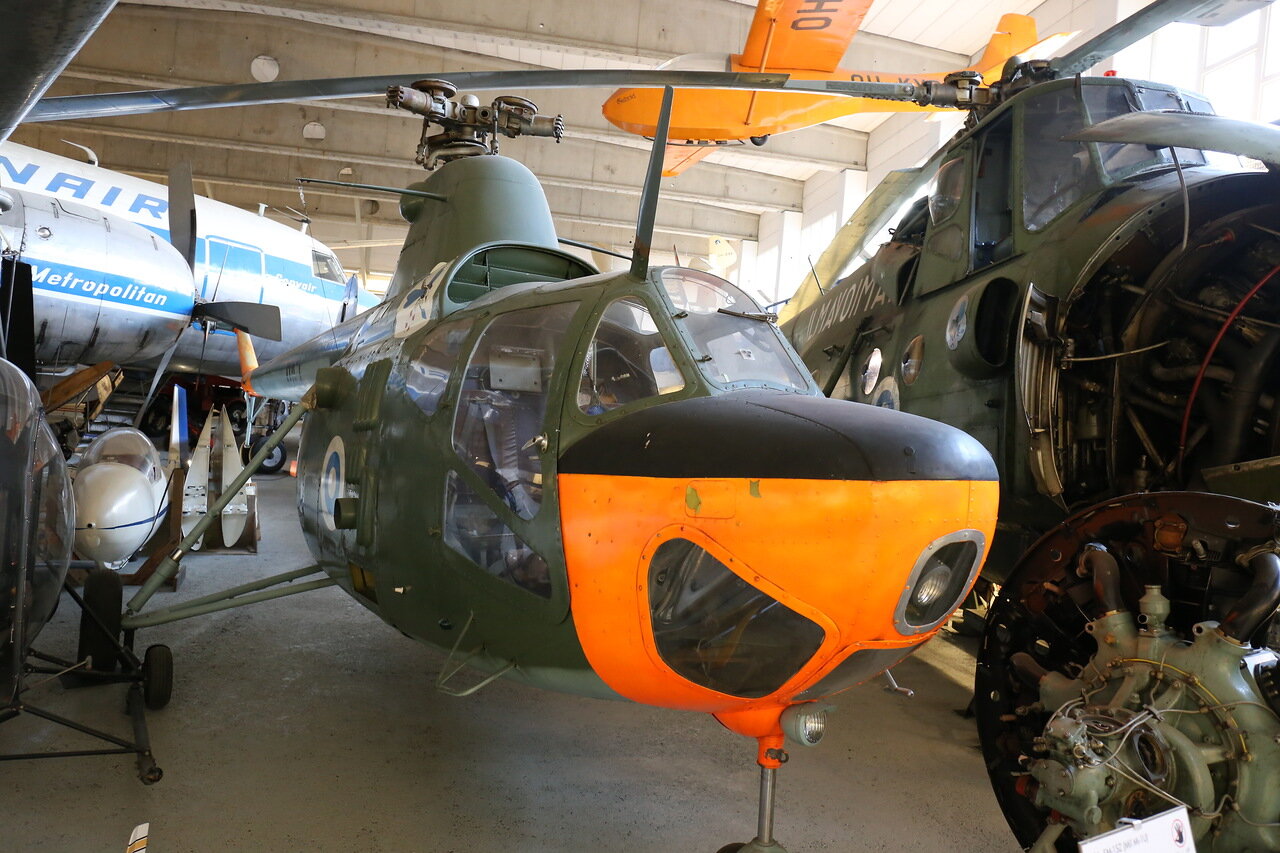