My journey to Andalusia started with a flight Yekaterinburg-Helsinki. Previously, a large A-321 flew on this route, but recently, due to the decline in passenger traffic, Finnair has put on it's a small Embraer-190 with a hundred seats. Plane of the Brazilian I liked the aircraft building consortium right away: the cabin has only 4 seats a row of chairs, but does not give the impression of a tight tube, as it was, for example, in the domestic Tu-134, approximately the same capacity and flight range. The seats seemed even slightly wider than in the Airbuses, I read that in these planes there are even individual sockets, but in my there were none found in the instance. 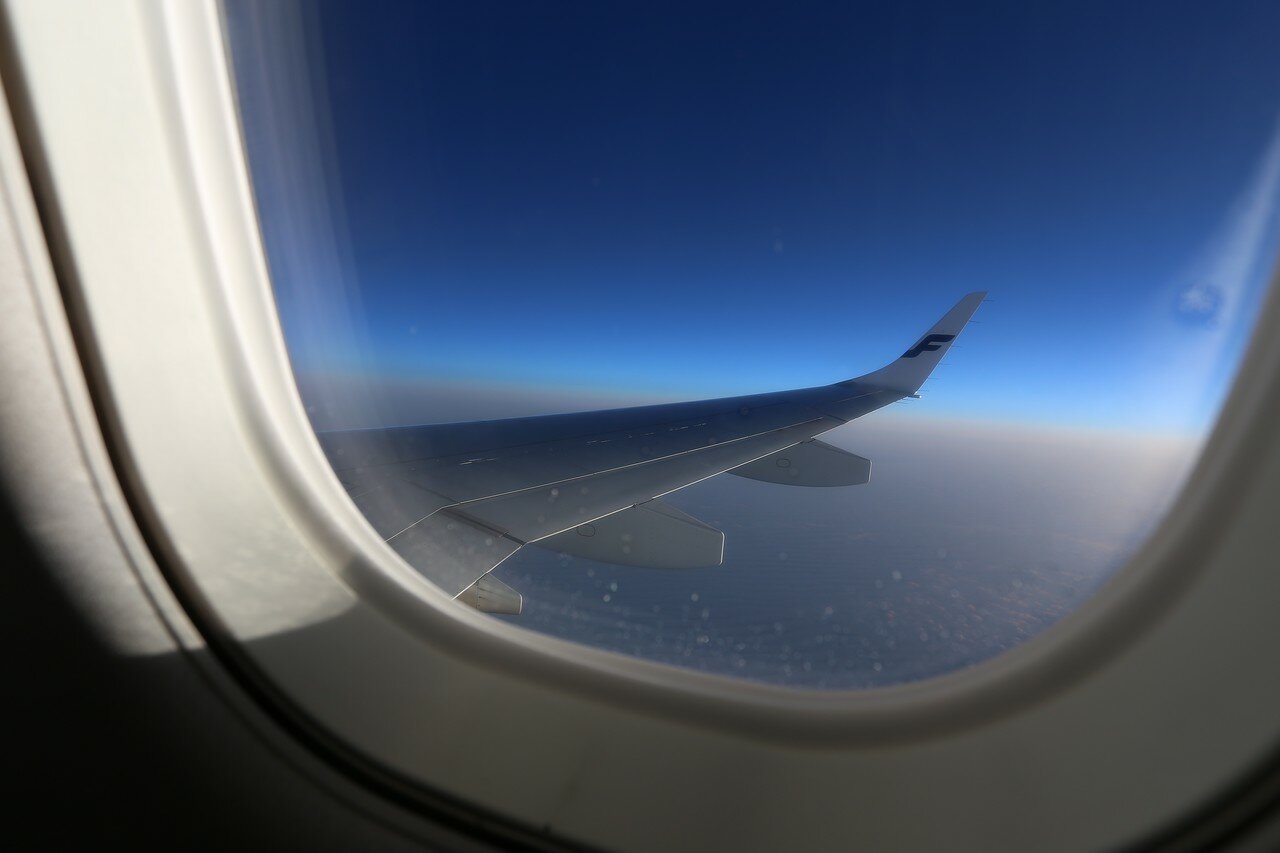 The thrust of the engines only one-third less than those same A320, accelerates and takes off a small plane in a matter of seconds, the cabin noise is noticeably lower than the familiar Airbus and Boeing. All in all, the flight was exhausting. I have already looked at the flightradar24 flight route and asked for a window seat at check in on the right, closer to the tail, as I wanted to take a picture from above on the Northern side the capital. Unfortunately, the entire flight took place over a solid cloud cover, the city on the Neva was also hidden, so I didn't pull out my own photoalto. And quite in vain, because over the Gulf of Finland there was a clear sky. it was clear and at the approach to the landing there were wonderful views of the skerries, and then on to the picturesque suburbs of Helsinki. But according to the broadcast it was in it is stated categorically that any electronics must be turned off and hide it, and I dared not disobey...I must say that even on the On an Aeroflot flight, I once filmed the landing without problems, although they were they are known for their severity...Well the harsh Finnish flight attendants turned out to be even worse more severe. Yes, another unpleasant moment - I rolled my lip for Breakfast on Board a standard Airpass, even if it was cold, as it was before on Finnair flights, however, only non-alcoholic beverages were offered for free drinks. A real low-cost airline...what is true is the price of tickets via Helsinki out of competition, at least from Yekaterinburg. 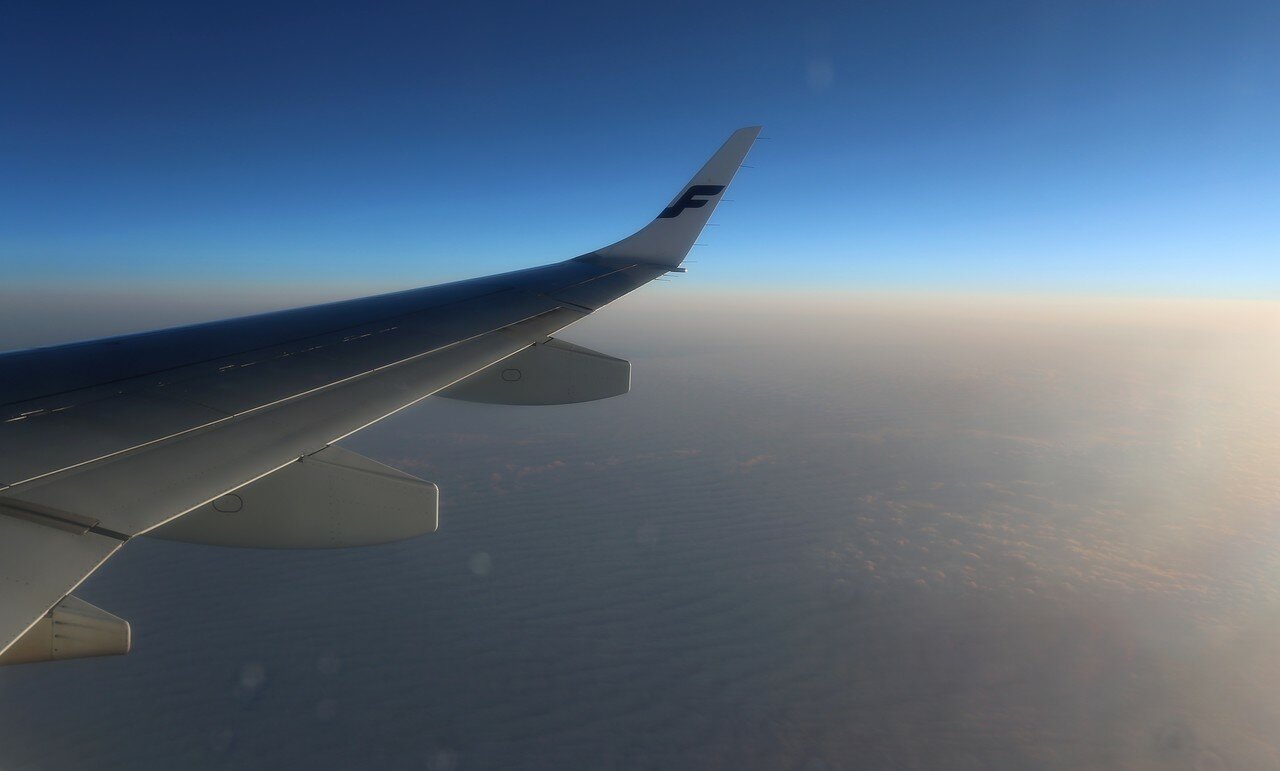 The next flight, to Malaga, was an internal one on an EU flight, I went through passport control first. Harsh the Finnish customs officer asked about the purpose of the visit, and although I said "Touring, transit, Malaga, Spain", expressed a desire to see my a ticket, mainly a return one - when will I deign to leave the EU go home. Such vigilance has not been seen before in other transit centers at airports, most often they put a stamp in the passport without any questions. Before I still had about 11 hours left on my next flight, and I set off search for bus stop 615 that goes to the city center. Stop it was found in the place where the other day I showed GoogleMaps - to the right of other bus stops, closer to the multi-level Parking lot. Same place there was a schedule and an electronic sign that said the bus would be ready after 3 minutes. Exactly 3 minutes later bus number 615 without stopping he passed me by, and I started looking for the ambush. Since the bus came from the side of the three-lane stop before exiting terminal T2 (where I am from, actually, I got out), I went there, and began to study the signs with numbers, since there are a dozen or more stops there. There were all sorts of things rooms, shuttles to major hotels, but there was no room 615. Look around once again, I noticed that people with suitcases were huddled together in one place, clearly intending to leave for the city, and went there. In a few minutes I came to the right bus, and bought a ticket for 5.5 euros from a black man so I went downtown. Of course, it was possible not to be tormented by the search, and paying to the buy more to go on pennarossa Express standing just before leaving the terminal, but hurry me nowhere, and even one Eureka would be amiss to something more useful in my long journey. You can also go by train for 5 euros to the Central Station perhaps this is the fastest option. I chose the bus because I wanted to view the picturesque suburbs of the Finnish capital. 615 bus goes to Station square, aka Rutatientori, exactly 50 minutes and stops in front of the main entrance of the Finnish national Theatre, as follows we can see it in this photo. 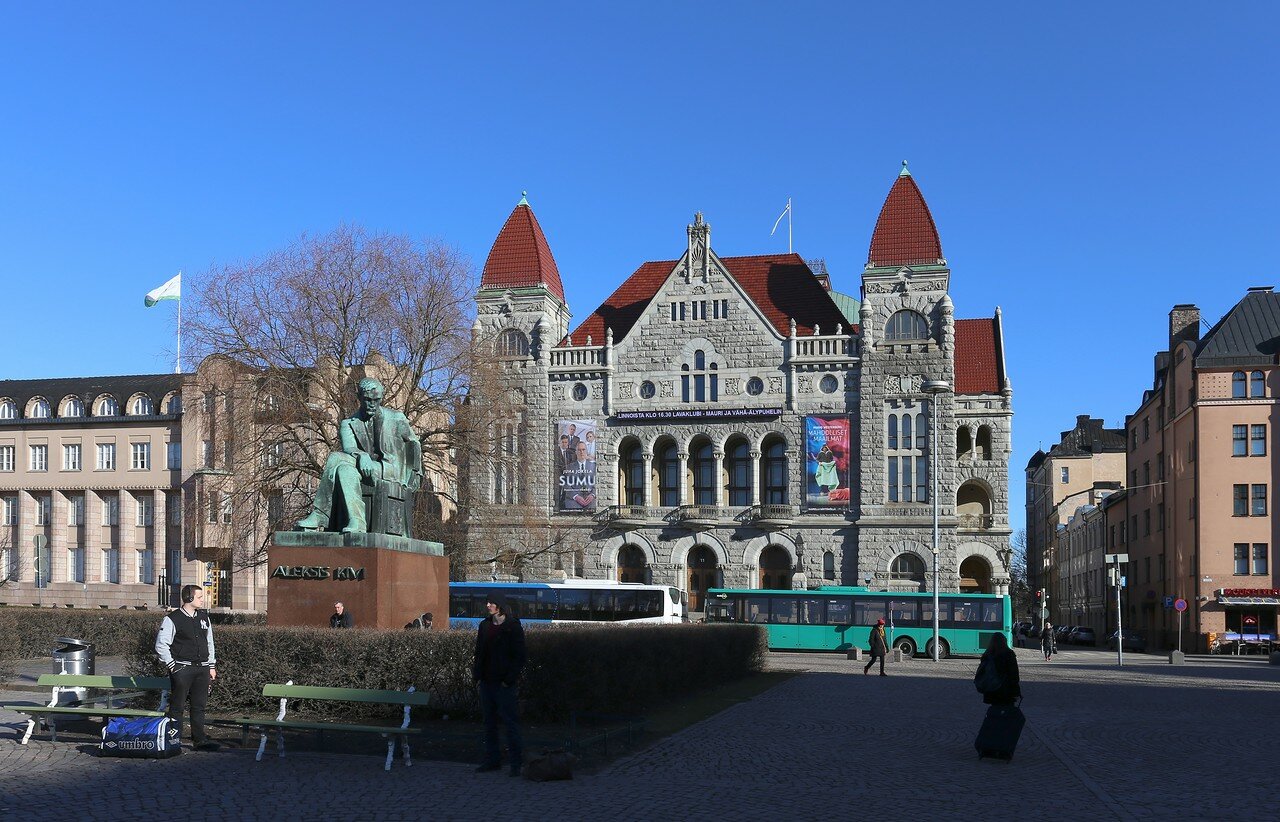