The Romans, seized Taorminian 210 year BC brought to public infrastructure is another object of the Odeon theatre (from the Greek "ode" - singing, "Odeon" - "a place for singing"), built, according to archaeologists, during the reign of Octavian Augustus in 21 BC (on the map). 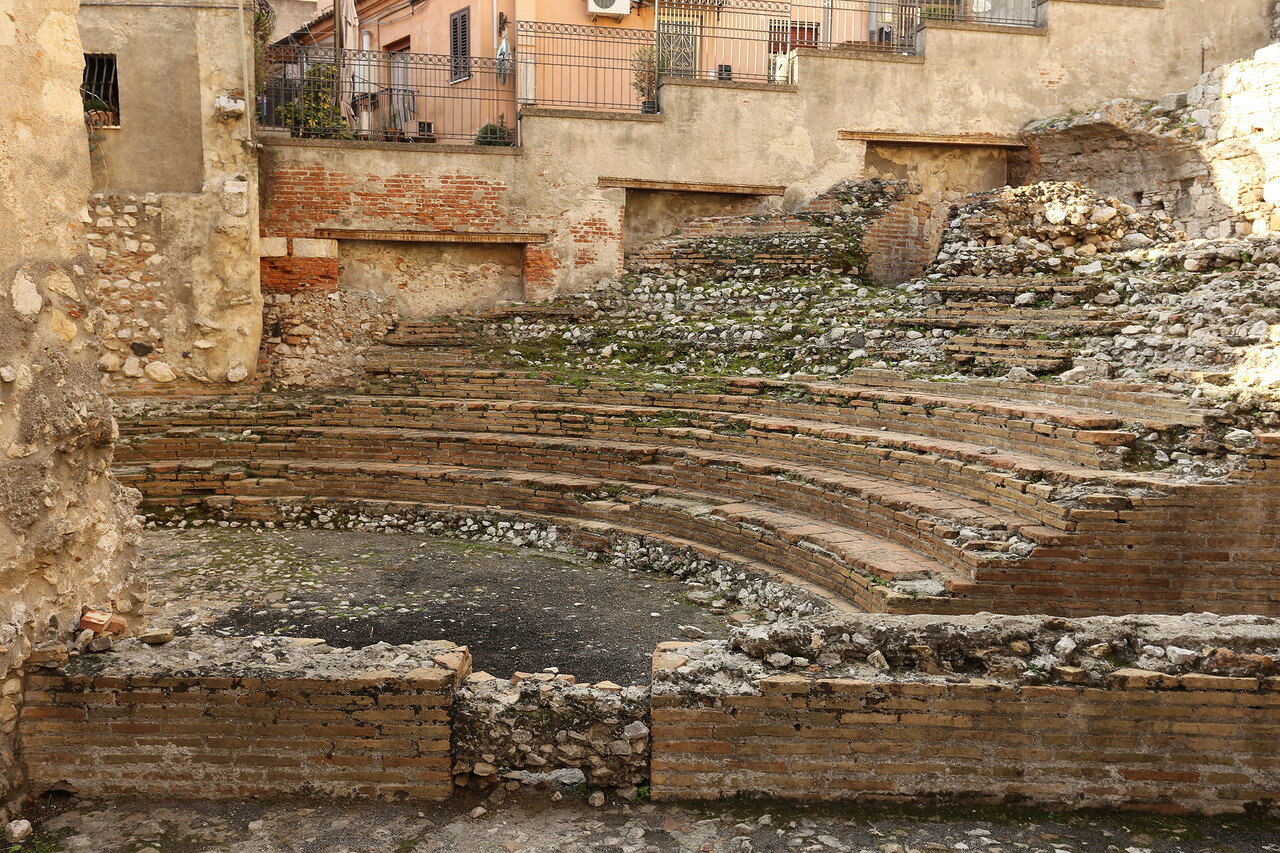 About the existence of the theater, no data has been preserved and the remains of this structure were found quite accidentally in the late 19th century. June 5, 1892 the blacksmith Antonio Bambara, who owned a plot at the back of the Church of Santa Caterina, had been digging a hole in his land for years. The story is silent - whether he was engaged in agricultural work, or digging the Foundation for the building, but anyway, under the layer of soil, the blacksmith found masonry made of red bricks. It must be assumed that the blacksmith was a man of education, since he notified about his discovery to whom he should. A year later, the ancient structure, or rather what was left of it, was freed from a two-thousand-year-old layer of soil. The ruins turned out to be a small theater with a classical layout, including a stage, an orchestra and a grandstand for two hundred spectators, located in an amphitheater. 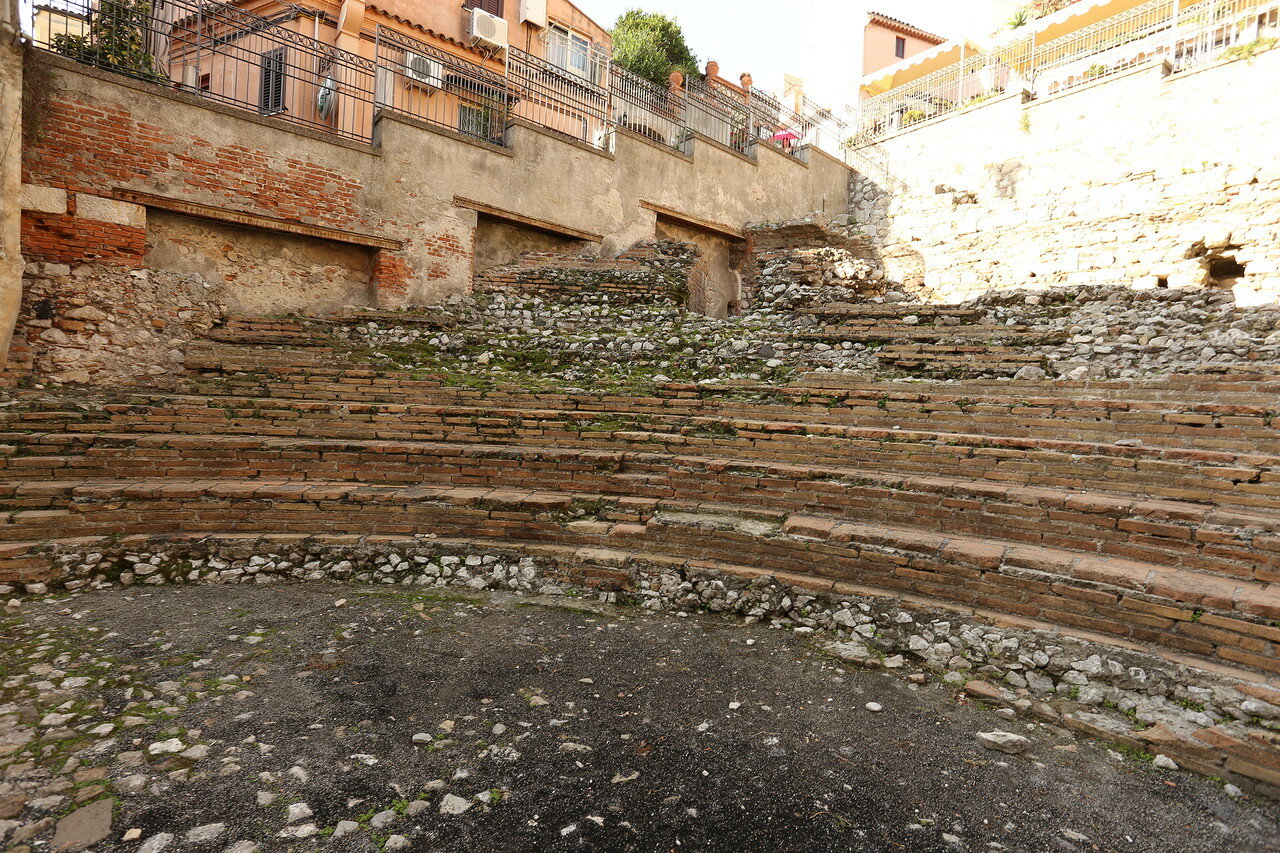 The audience got to their seats from the gallery under the stands, through 5 aisles, each leading to its own sector. At the edges of the amphitheater you can see facilities for artists and musicians. The geographical orientation of the theater is somewhat different from the standard one - usually such structures have a stage facing South, for better illumination. The stage of the Odeon directed to the North-East, as the builders had used as a stage stylobate Greek temple (presumably dedicated to Aphrodite). 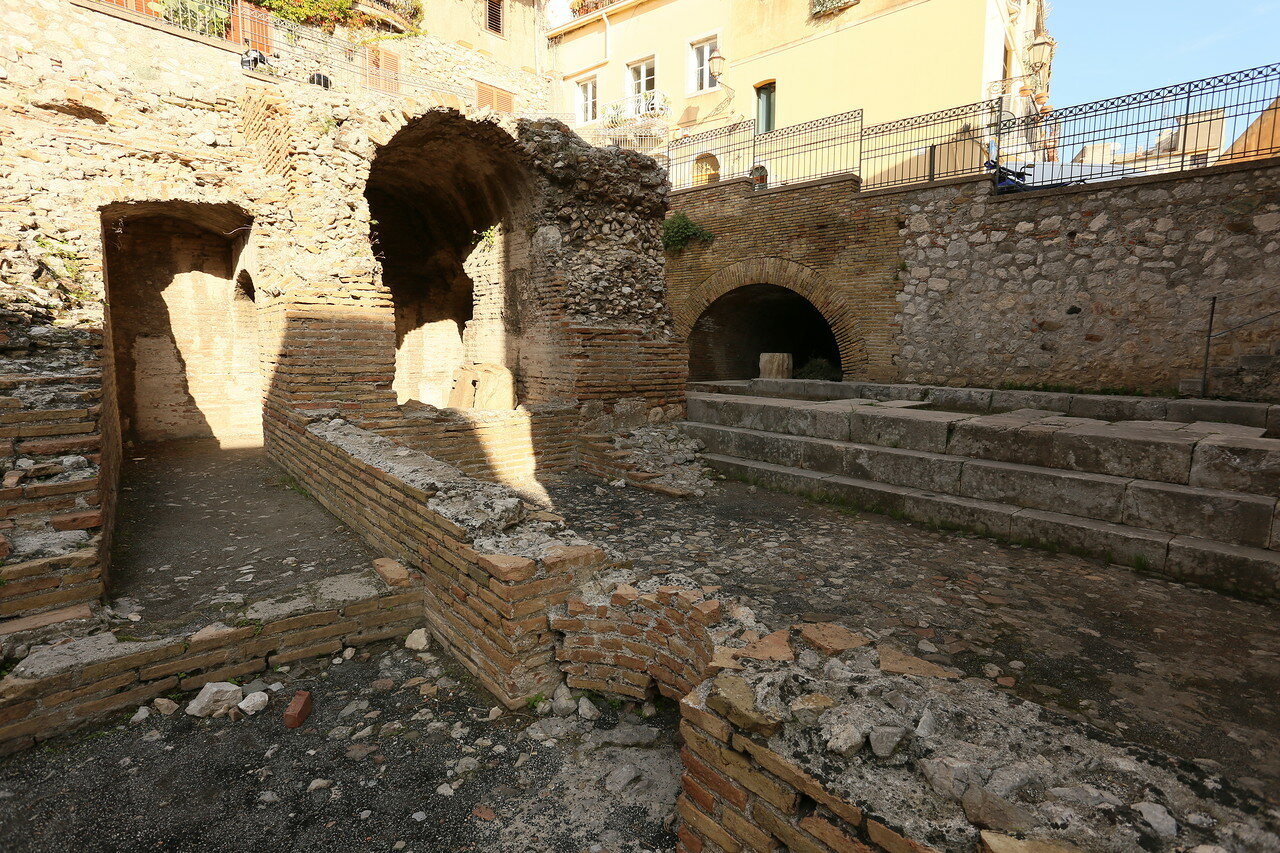 Since the theater was located in the very center of Tavormenia, it is quite possible that it was used not only for performances, but also for court hearings, speeches by officials and clergy. 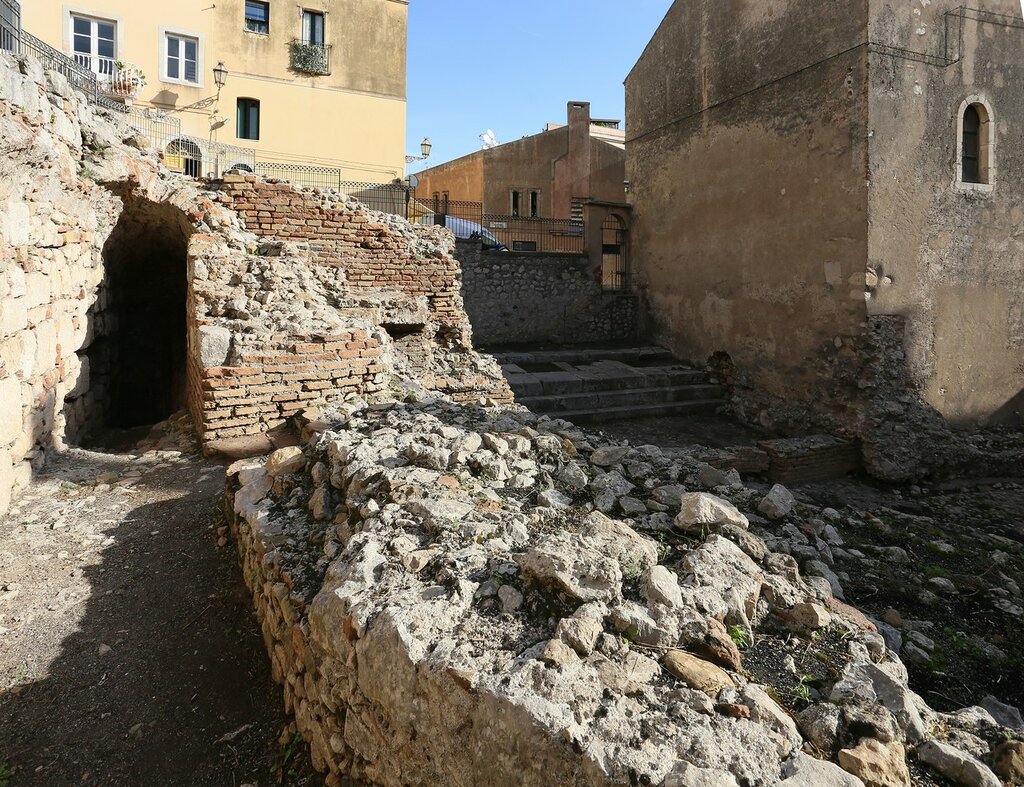