Square of 9 April is the heart of Taormina, it is located approximately in the middle of the main street of Corso Umberto (map). There are several historical buildings here - the Clock Tower, the Church of San Giuseppe. 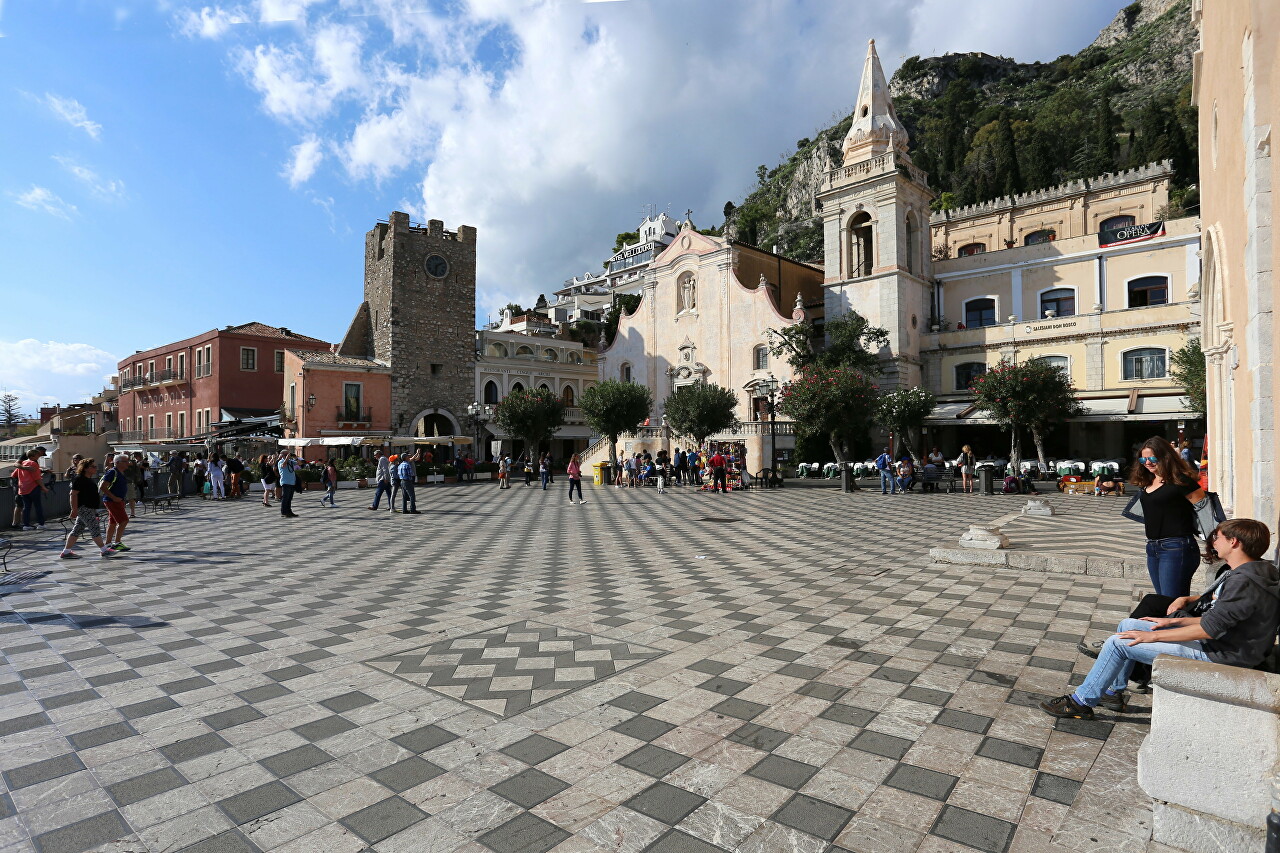 The former church of St. Augustine, which is now occupied by the city library. 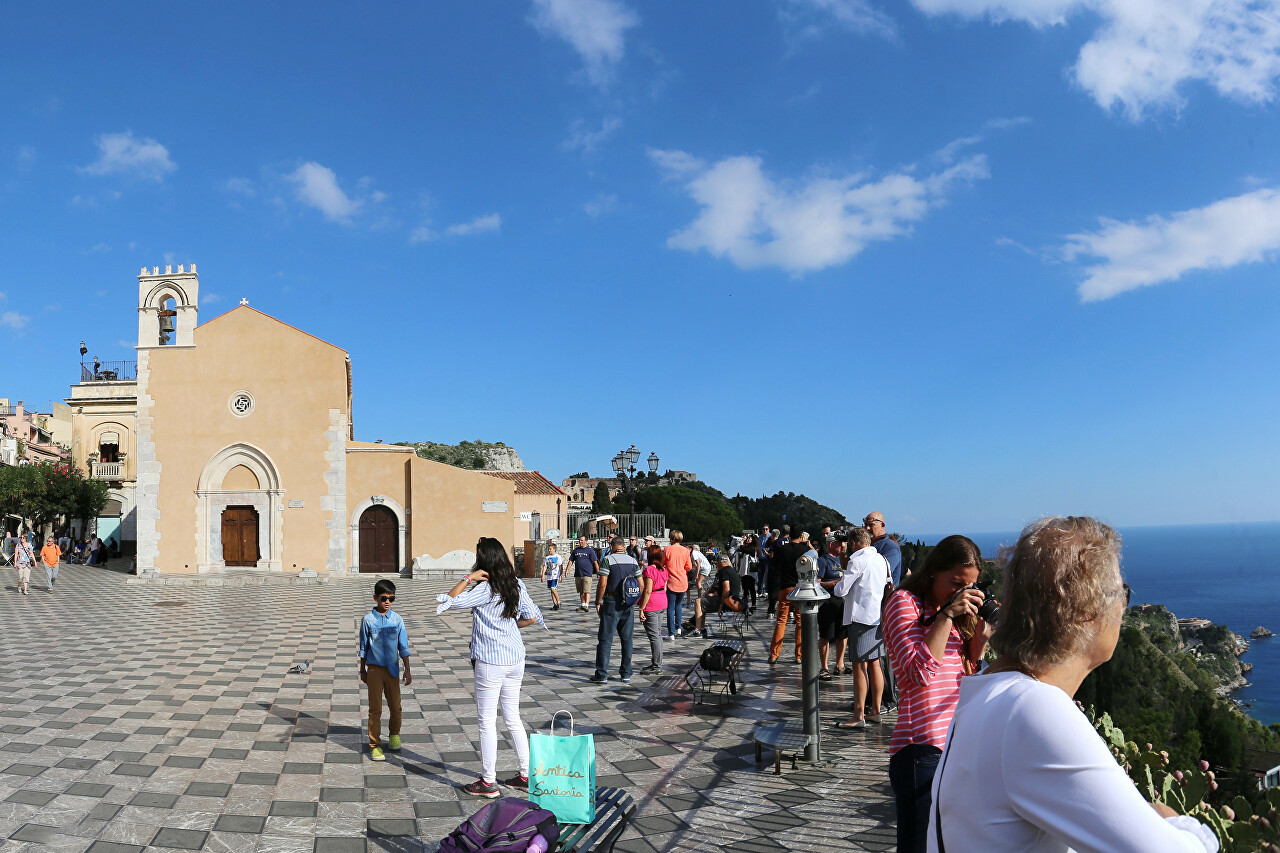 The square is always full of tourists, it is one of the most popular places in the city. 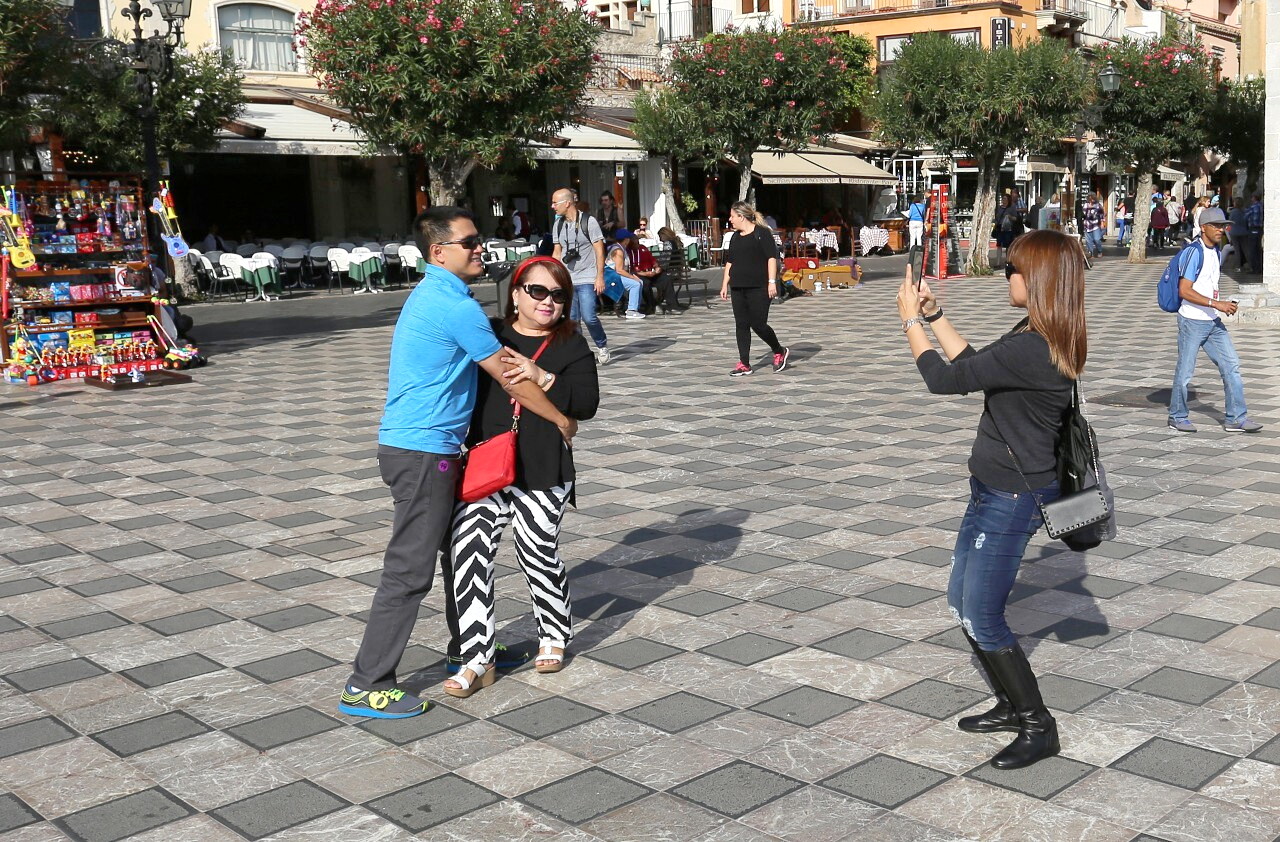 There are several cafes and restaurants, where people sell sweets and souvenirs from stalls, and street performers perform. 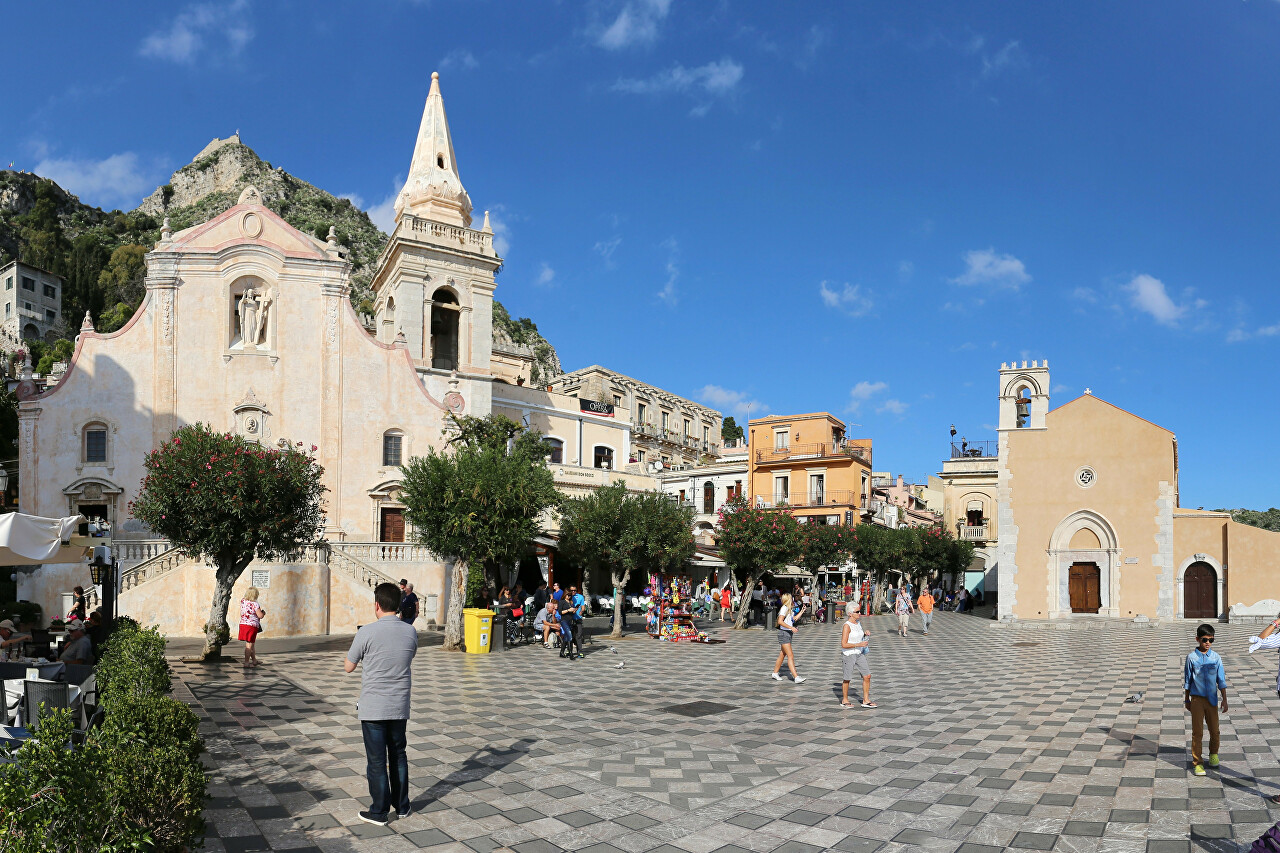 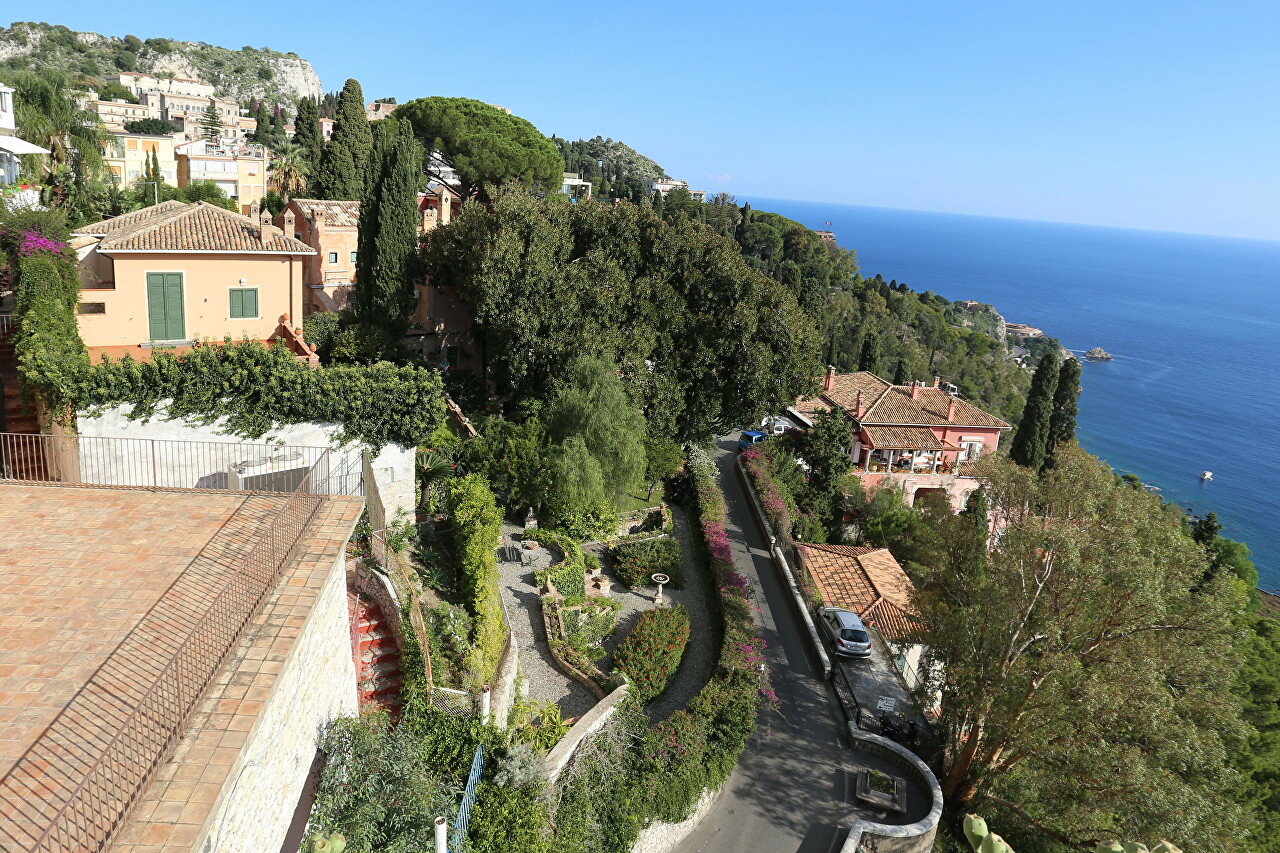 If you look to the left, you will see terraces descending to the sea with hotels and villas hanging over steep slopes. 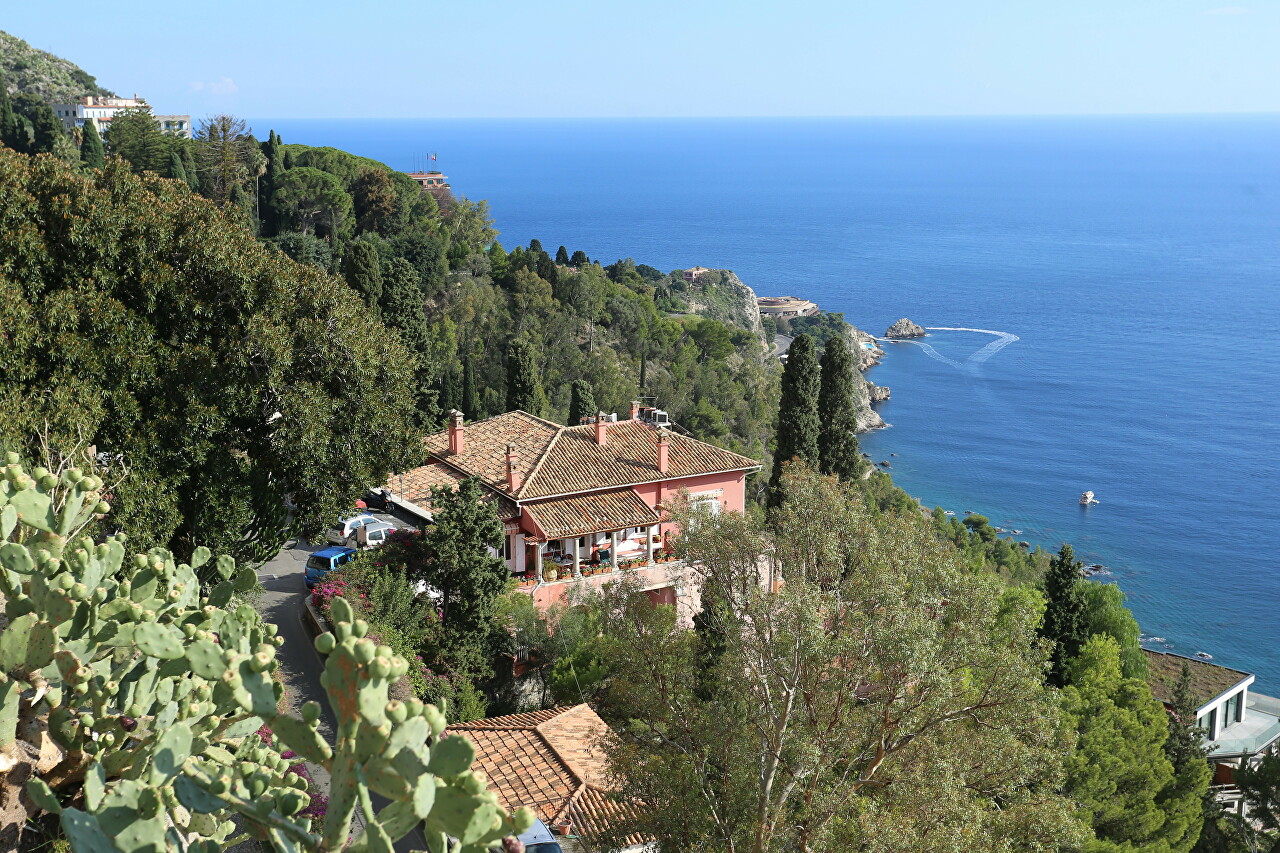 Down go steep winding streets, almost hidden by the crowns of trees. 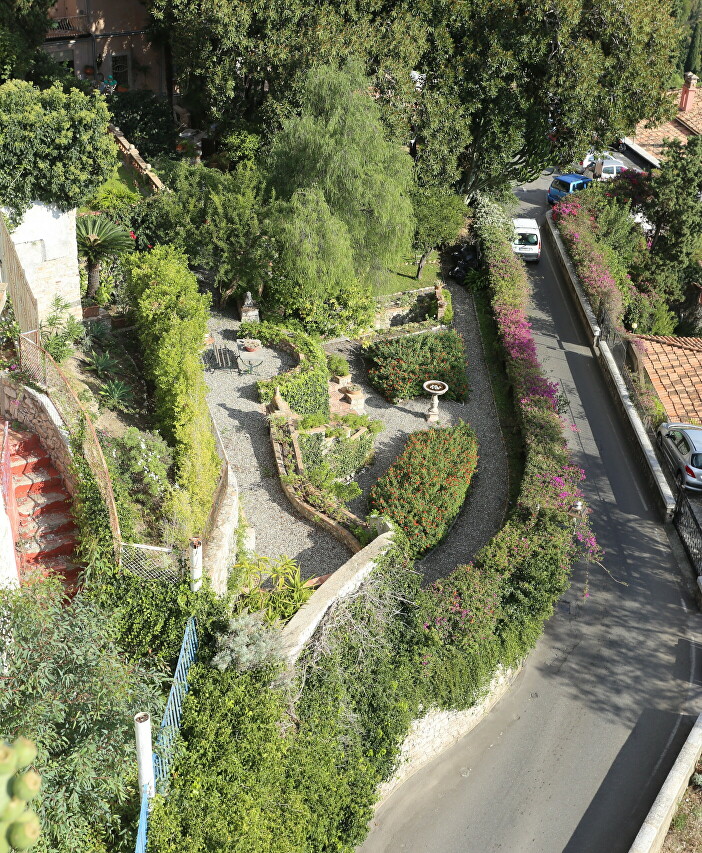 In the distance, you can see the cape of Capo Taormina, where the four-star hotel of the same name (Atahotel Capotaormina 4*) is located . 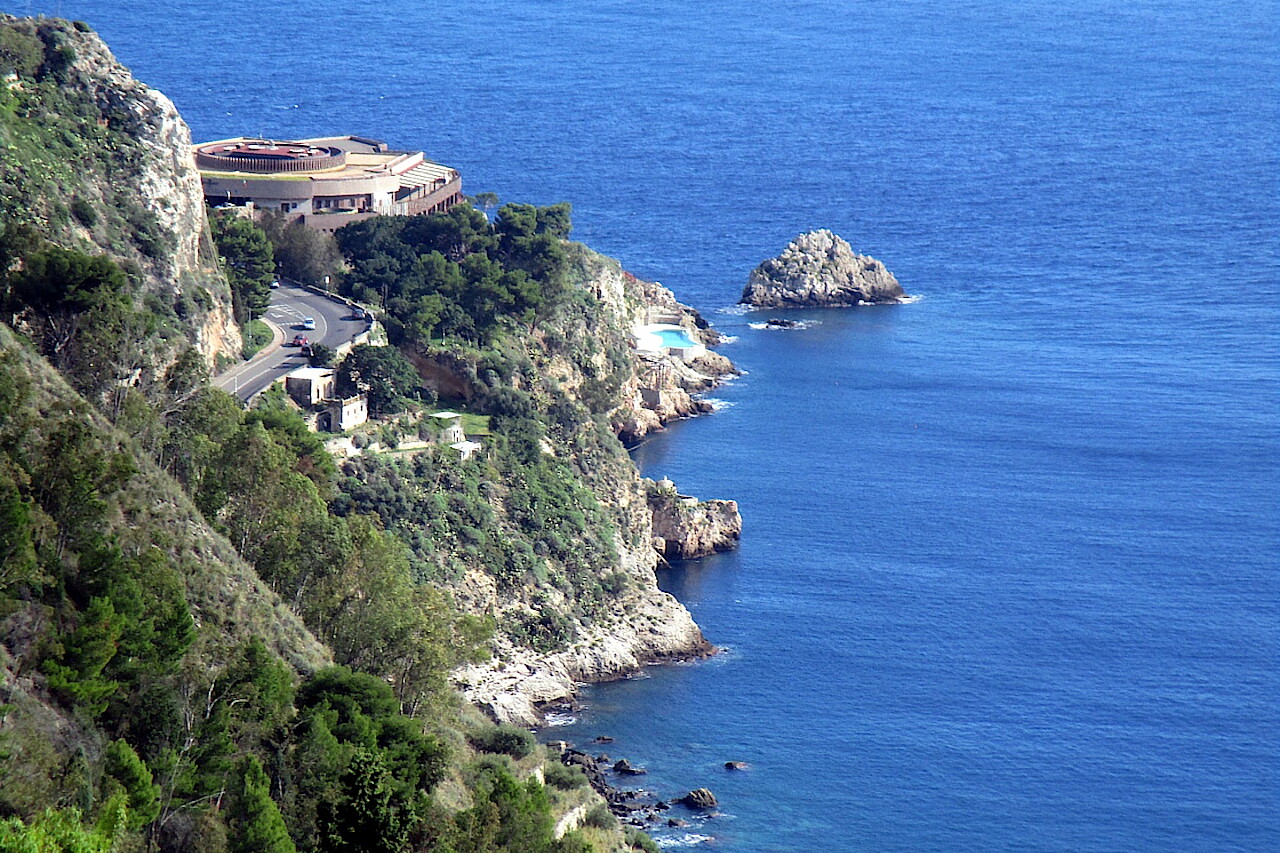 Let's look down and see a gorge with steep slopes. Here, a hiking trail descends to the seashore, but a few years ago it was destroyed in a landslide. 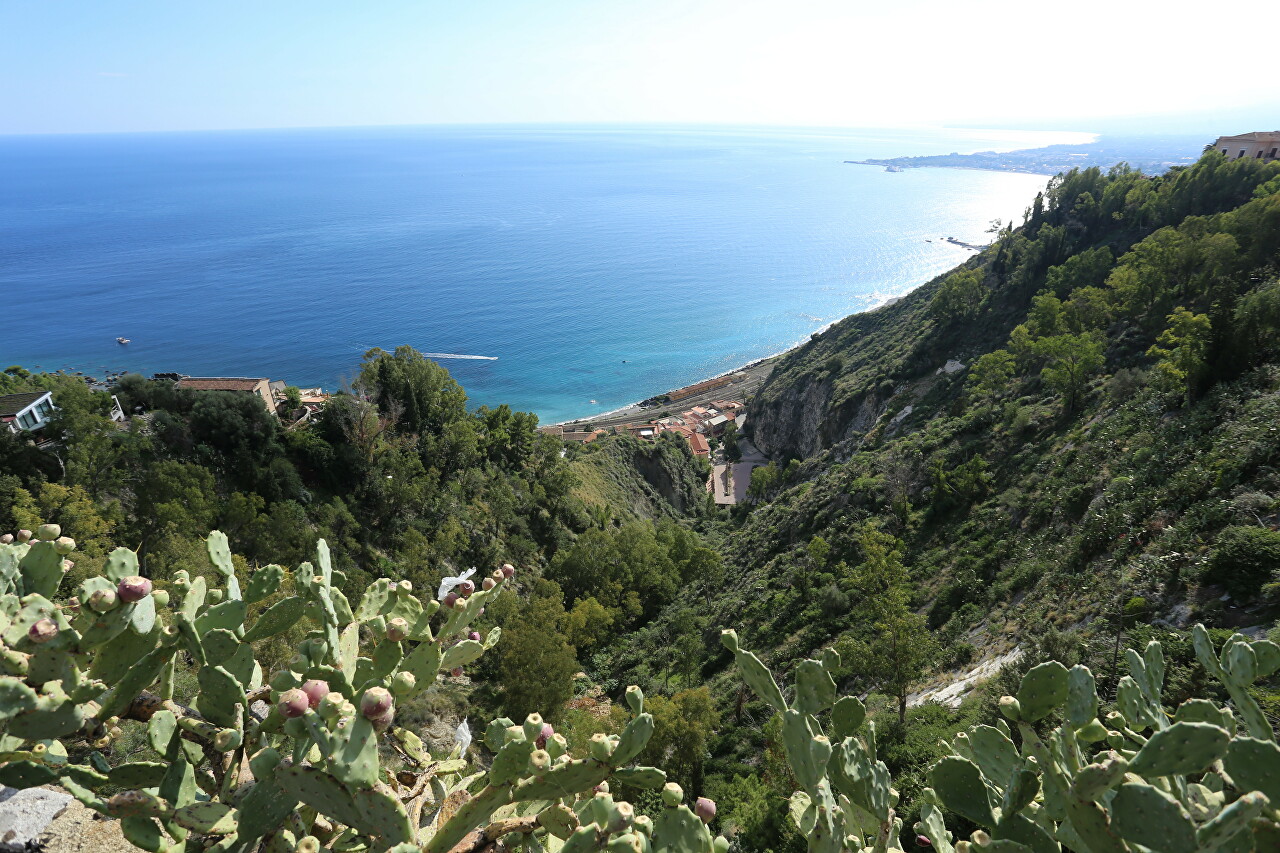 At the very bottom of the gorge, you can see the Tarmina-Giardini railway station. 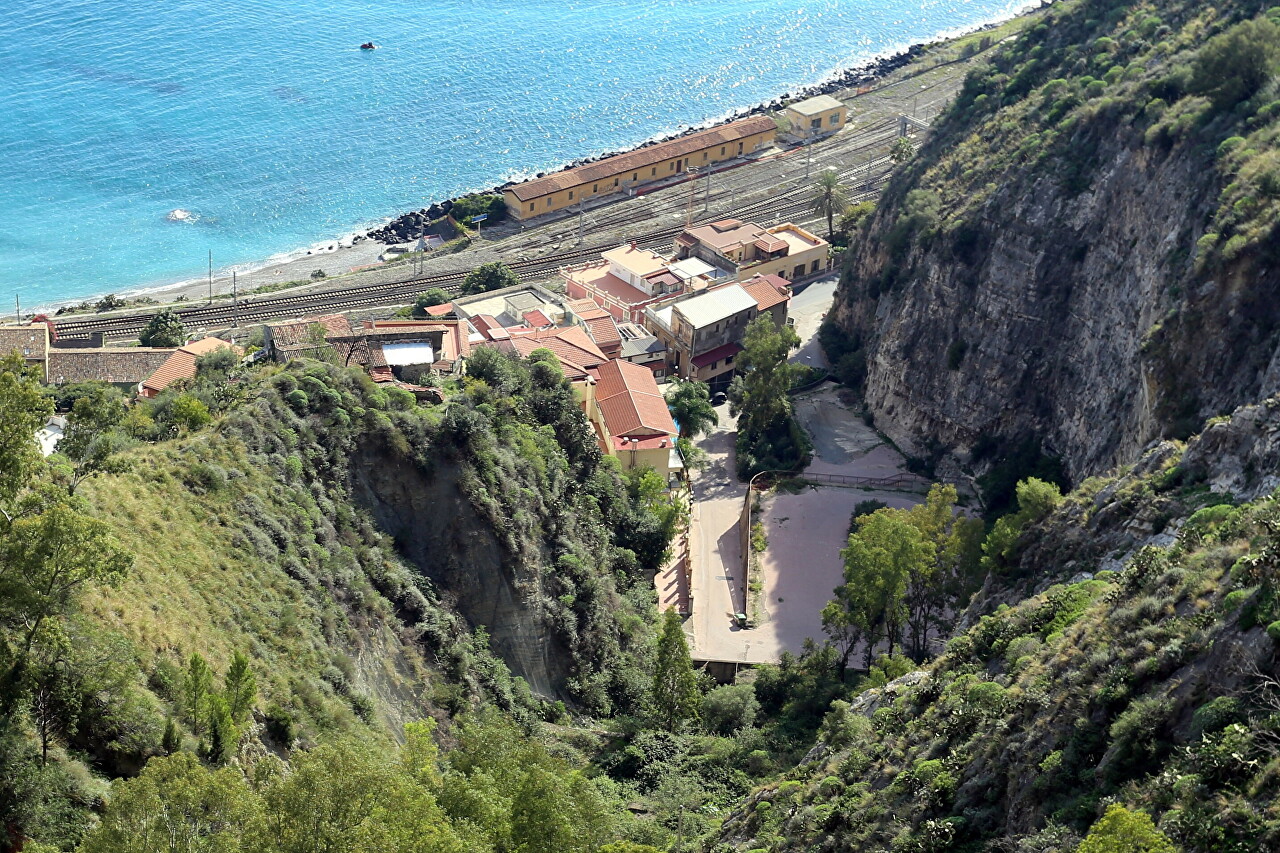 Turning in the opposite direction, look up at the walls of the fortress of Tauro, which dominates the city. 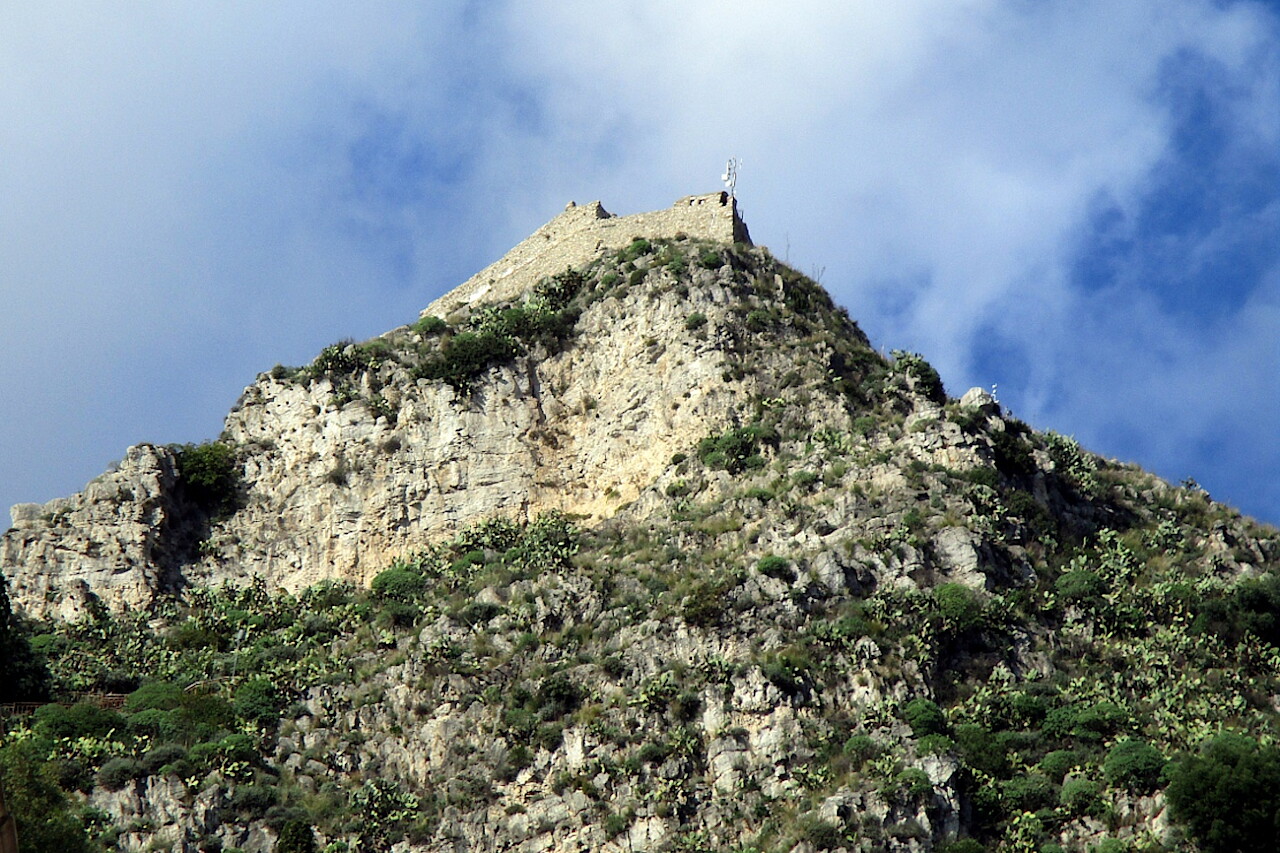 To the right and below the fortress, a large cross is clearly visible on a rock ledge, and behind it is the "church in the rock" of the Madonna della Roca. 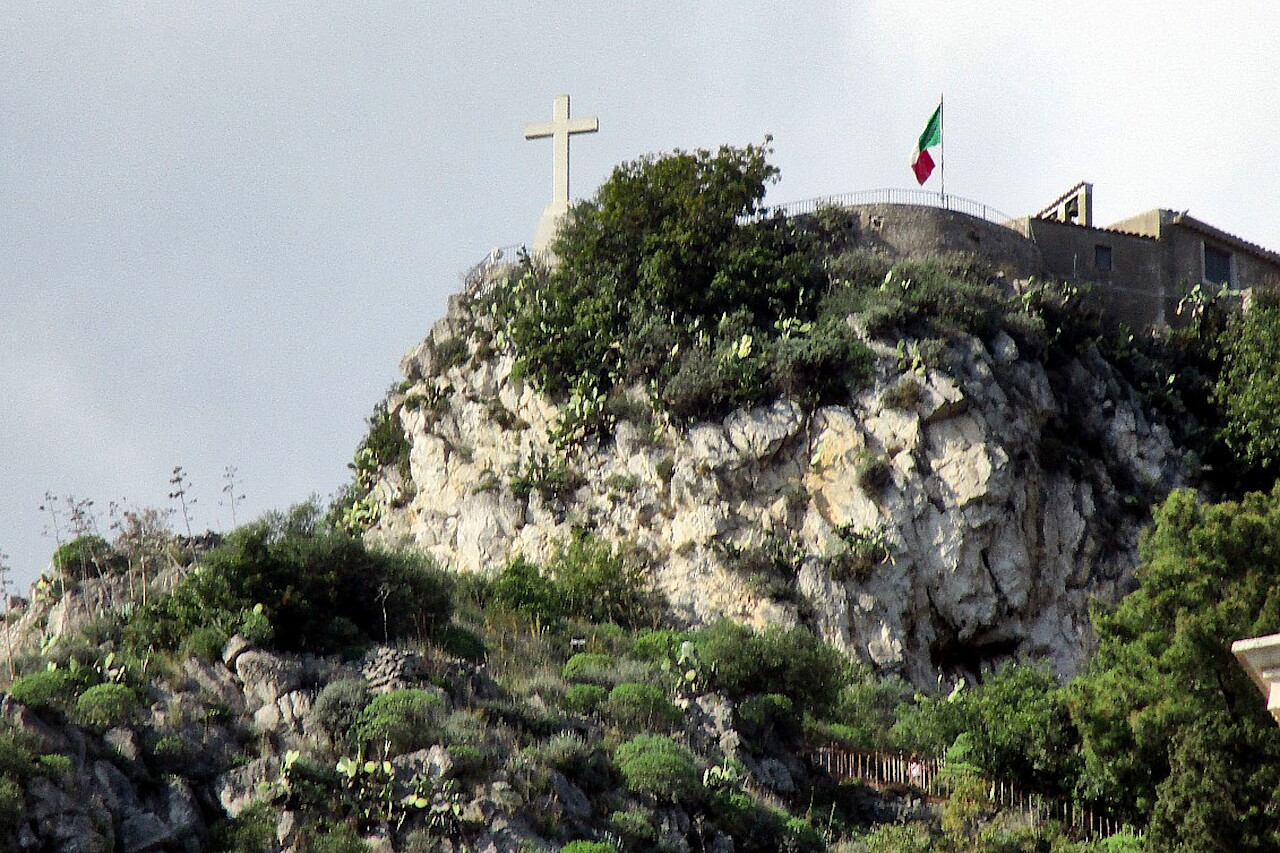