Stazione ferroviaria di Ragusa is located on Piazza Antonio Gramsci, also known as Piazza Stazione, in the south-eastern part of the city. It is very easy to find it - From the Cathedral to the south along Via Roma, pass the bridge over the ravine, then from Piazza Libertà another block still south along Viale Tenente Lena and after a hundred and fifty meters you will see a large station square (on the map). The station turned out to be a two-story building with tightly sealed windows and doors. Even the Bar Stazione was closed. 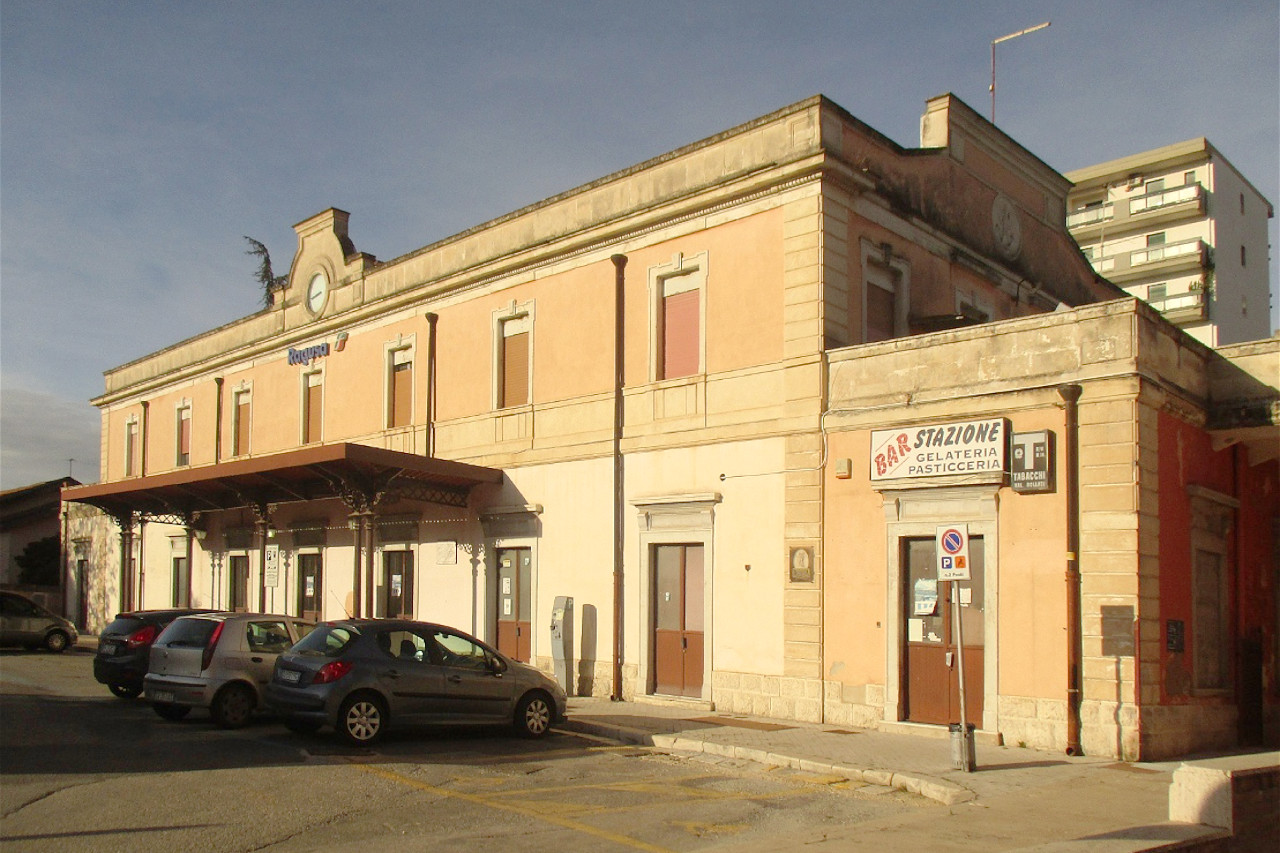 All the doors inside the station were closed and I bought my ticket at a vending machine that accepts only bank cards. However, you can buy a ticket directly on the train from the conductor. Or take advantage of online booking, as most local residents do, showing the conductor an electronic ticket on the smartphone screen. 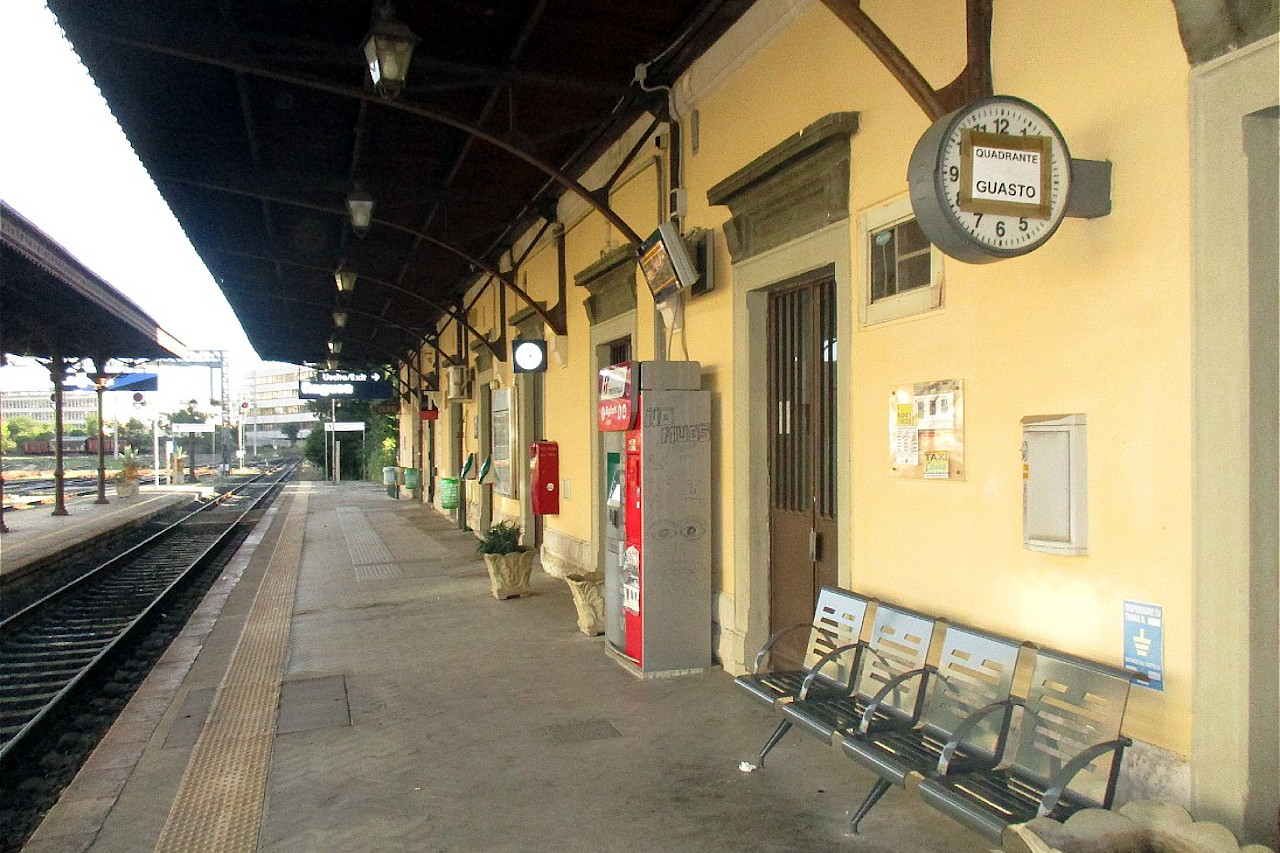 While waiting for the ya train, you can admire the beautiful mansion located on the other side of the tracks. In a green courtyard with a fountain, some white trumpets of unknown purpose are piled up. 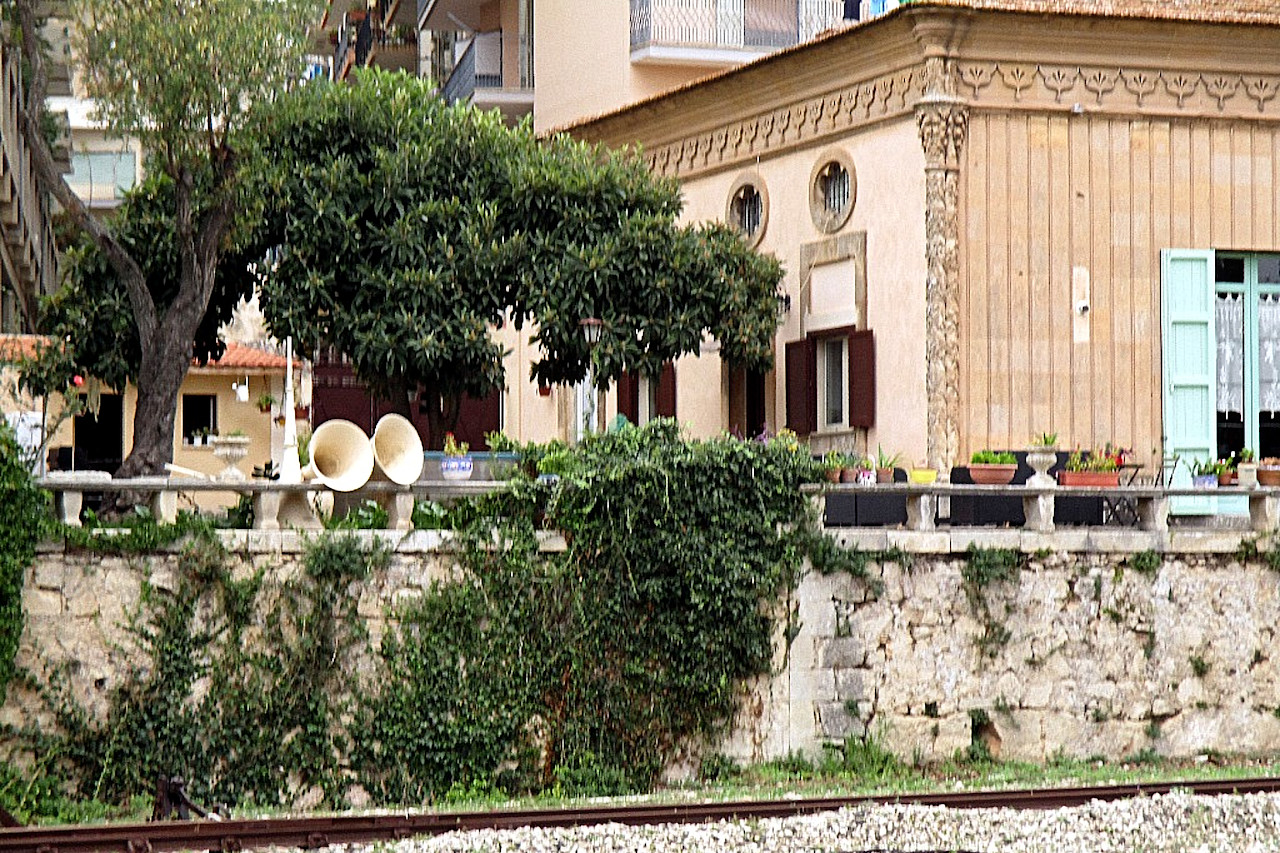 Italy is one of the few countries where you can see railway signalling in action. The equipment is installed on the wall facing the platform. Here you can see the central cabinet and two alarm panels with electric bells. About ten minutes before the train arrived, the bell on the left panel woke up, indicating that the train was heading in the direction of Vittoria. The right panel works in the direction of Modica. 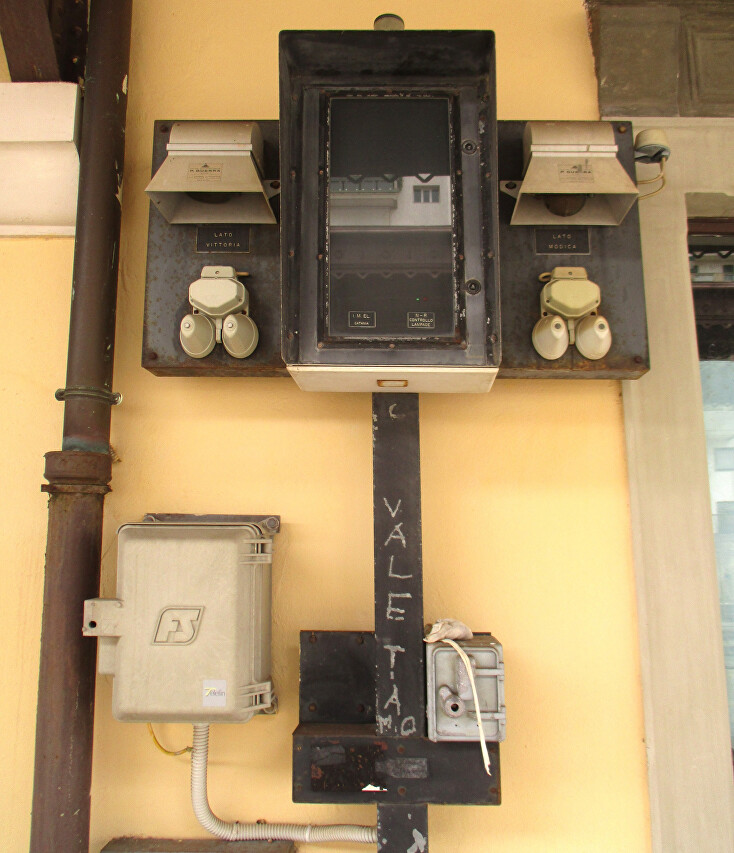 After looking at the timetable, I found that the trains here run quite often. However, during the entire time I was waiting, I was the only passenger on the platform. Here comes my train to Jela. This is not even a train, but one car of an archaic type, but it turned out to be quite comfortable inside. 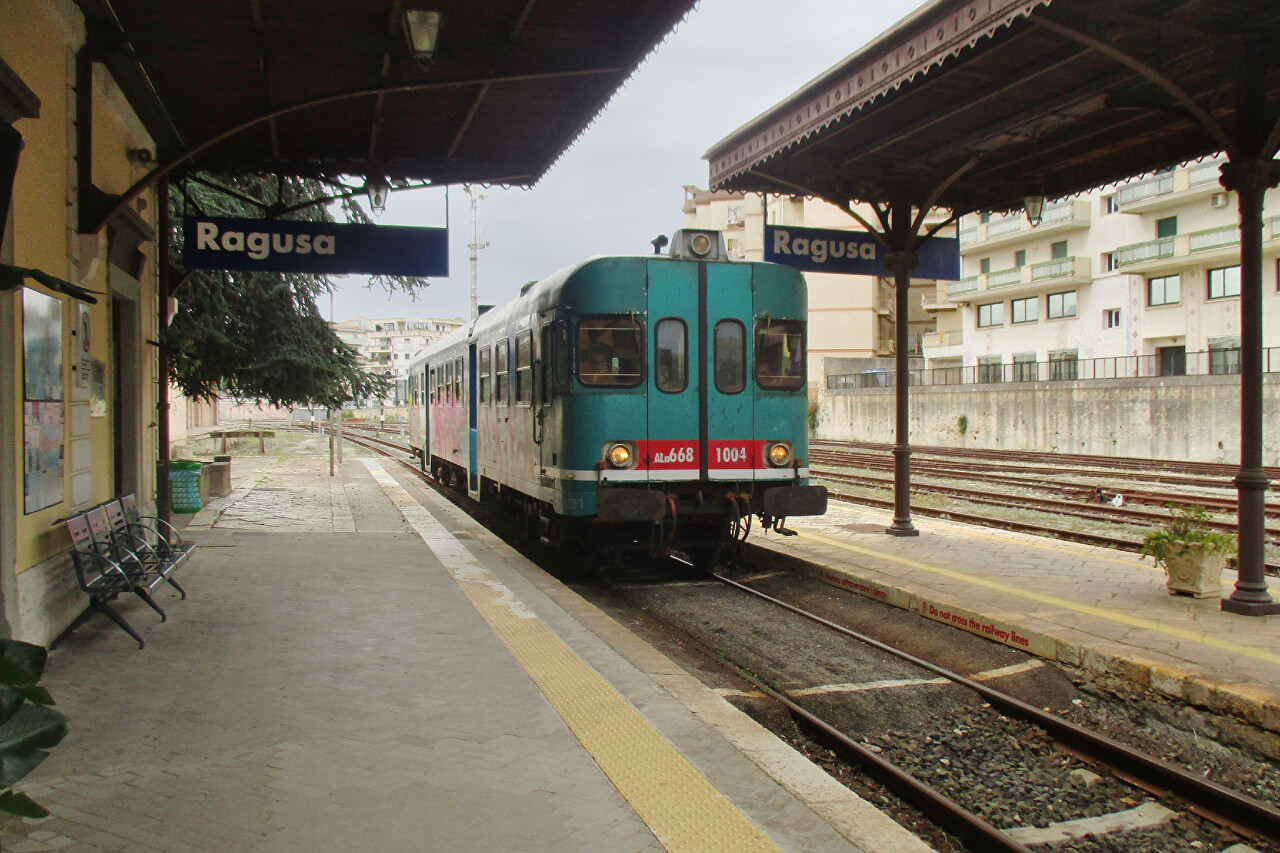