The building was built in the late eighteenth century by order of don Salvatore Floradine in the late Baroque style. 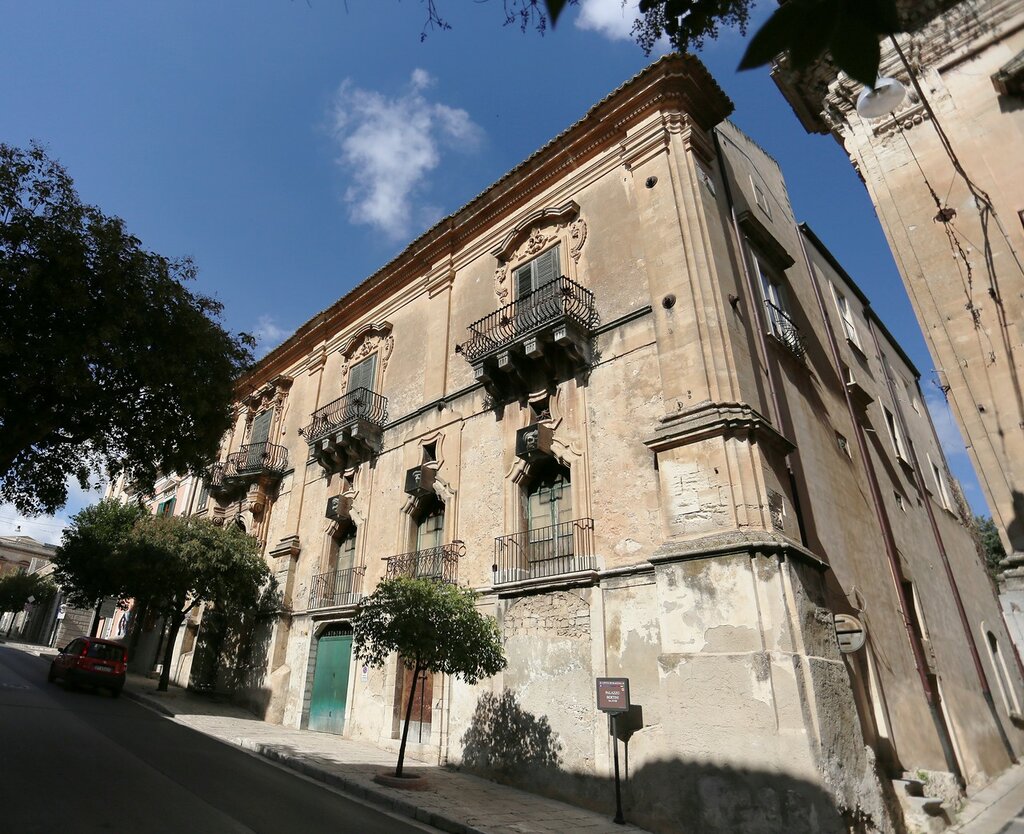 In the following century, the Palace was bought by the Bertini family, securing the house's current name. 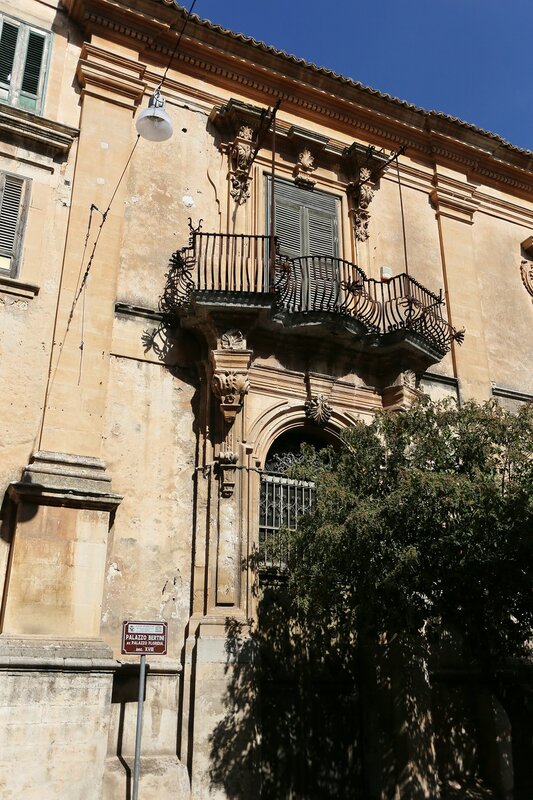 The arches of the Windows are decorated with three grotesque heads - "masks": a beggar, a noble and an Arab. In the Baroque era, these characters symbolized poverty, nobility and wealth. 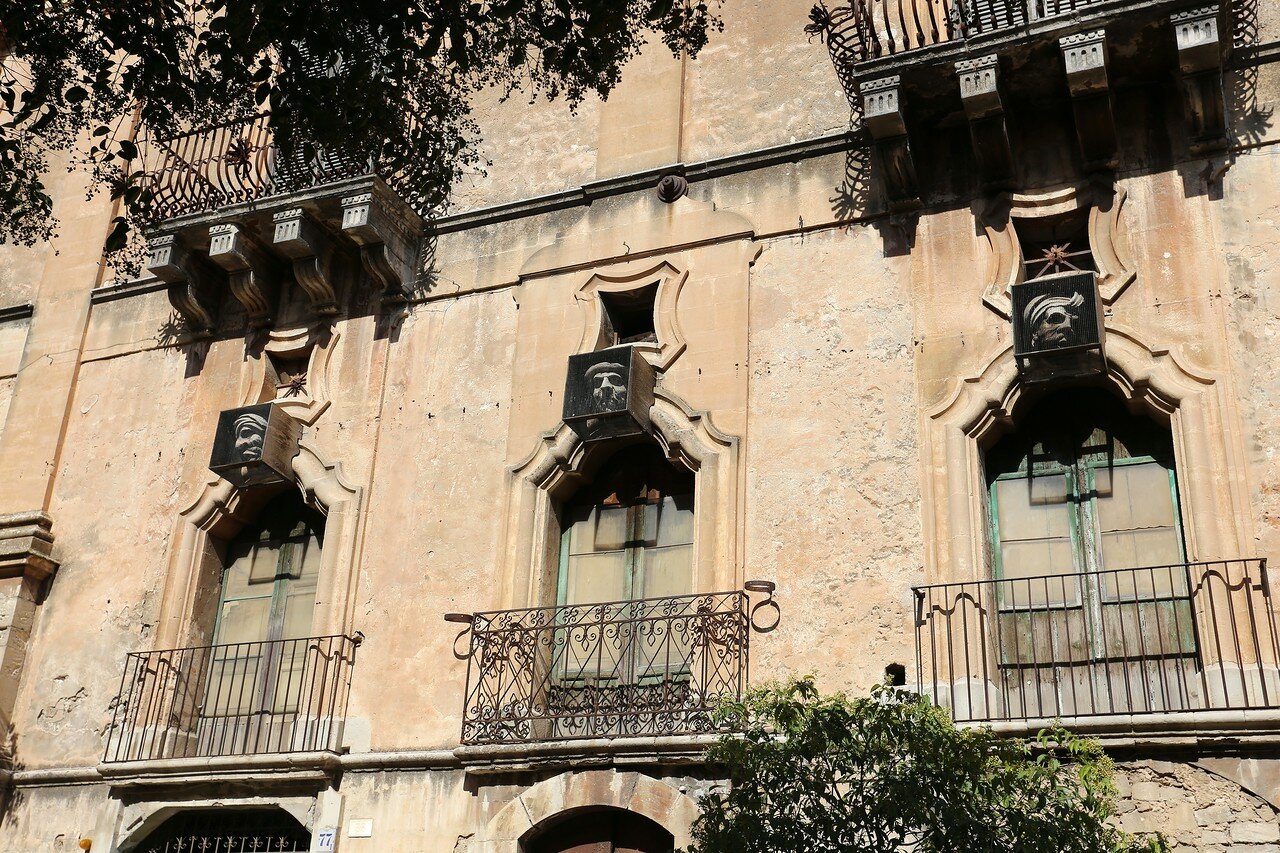