Less than a kilometer from Palermo Centrale train station, on the Corso dei Mille, there is a unique monument of the Norman era-the Ponte del Ammiraglio. This is a twelve-arch stone bridge that connected the city center with gardens and villas located across the Oreto river. 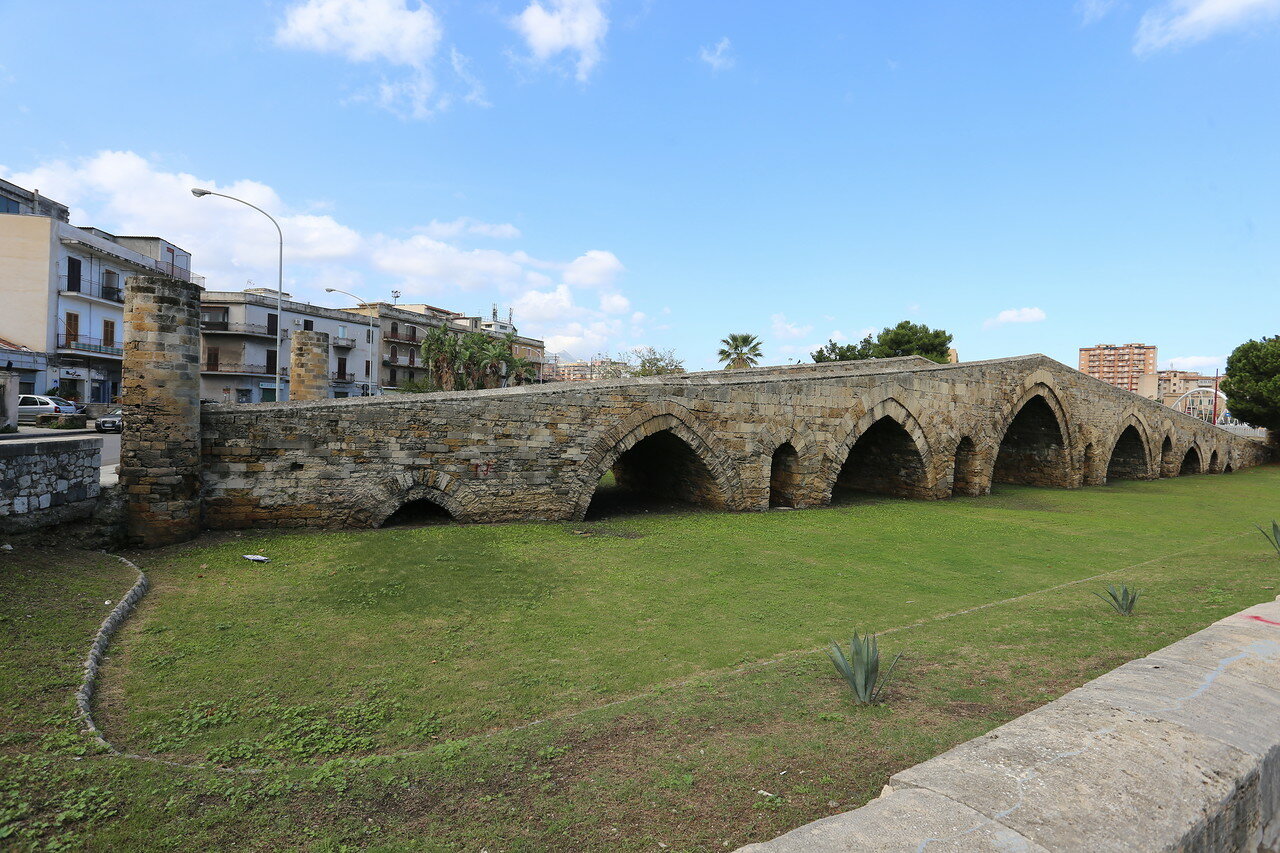 The construction was initiated by gorgius of Antioch, Admiral (ammiratus ammiratorum - Admiral of admirals), the chief naval commander of the Sicilian king Roger II. Accordingly, the bridge became known as the Admiral's bridge. 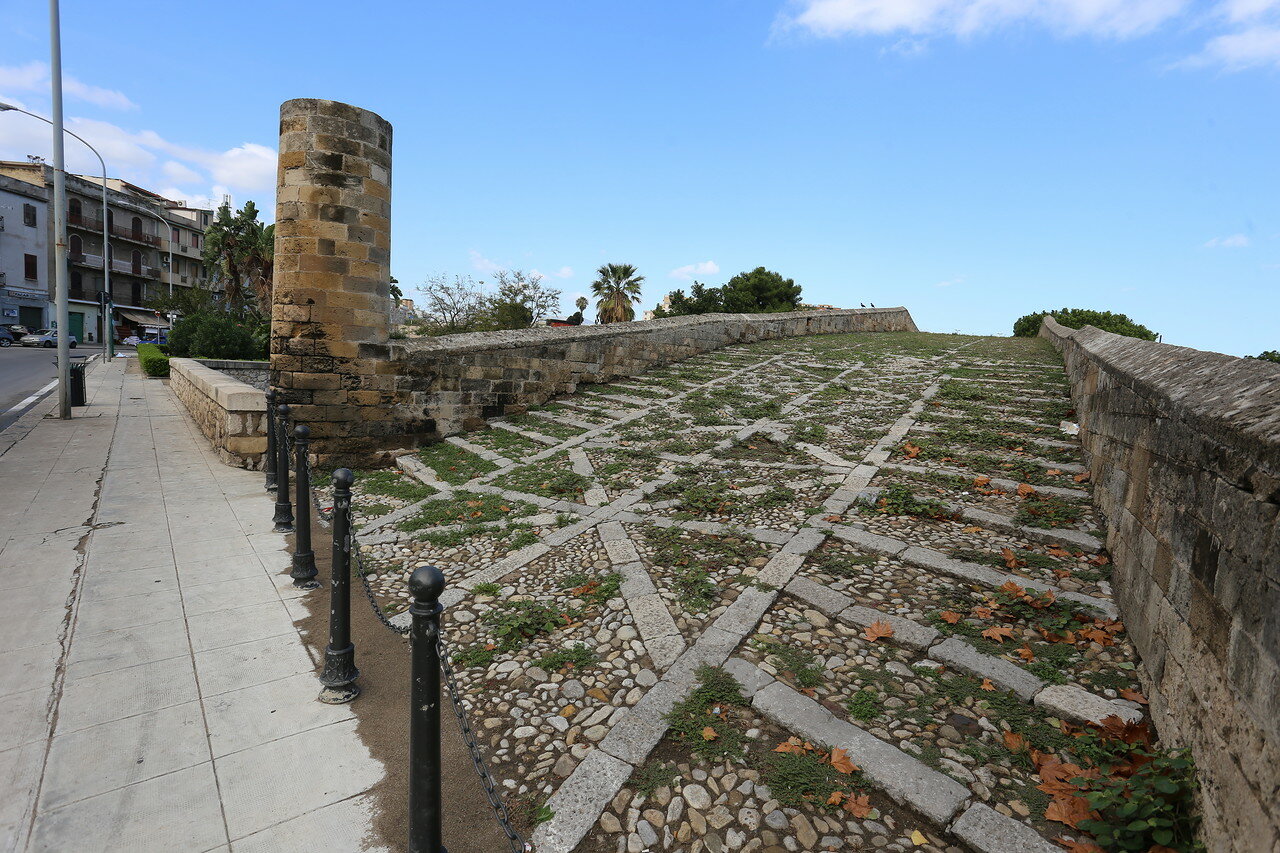 The construction of the bridge was completed presumably in 1131. The roadbed is supported by seven pointed arches, between which there are five narrow arched tunnels that facilitate the passage of water. 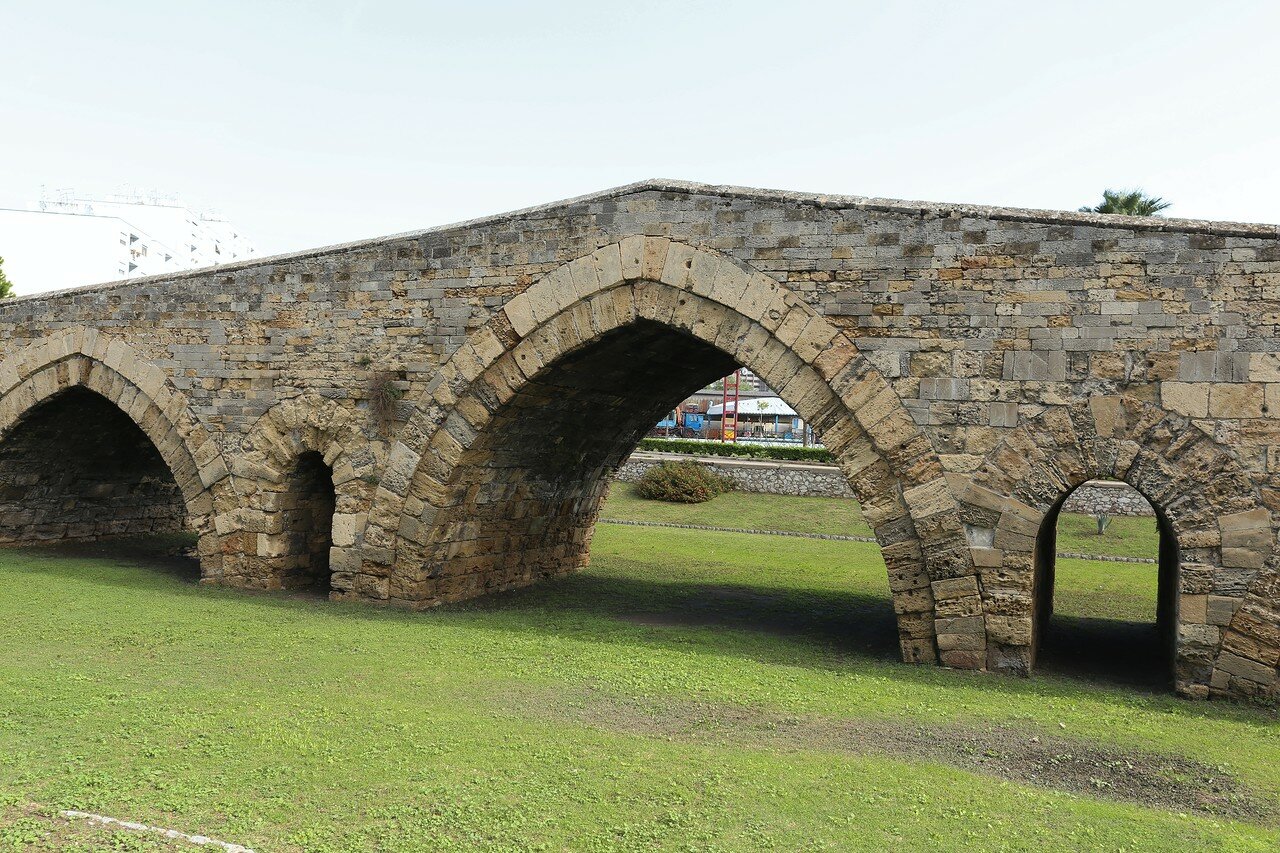 On may 27, 1860, Garibaldi's volunteer force (the" Expedition of a Thousand") approached Palermo and stopped at the Admiral's bridge, which was guarded by Bourbon troops. The Palermo garrison was several times outnumbered by the rebels, but they were helped by the inhabitants of the city, who rose in revolt. #After a three-day standoff, the garrison laid down their weapons. 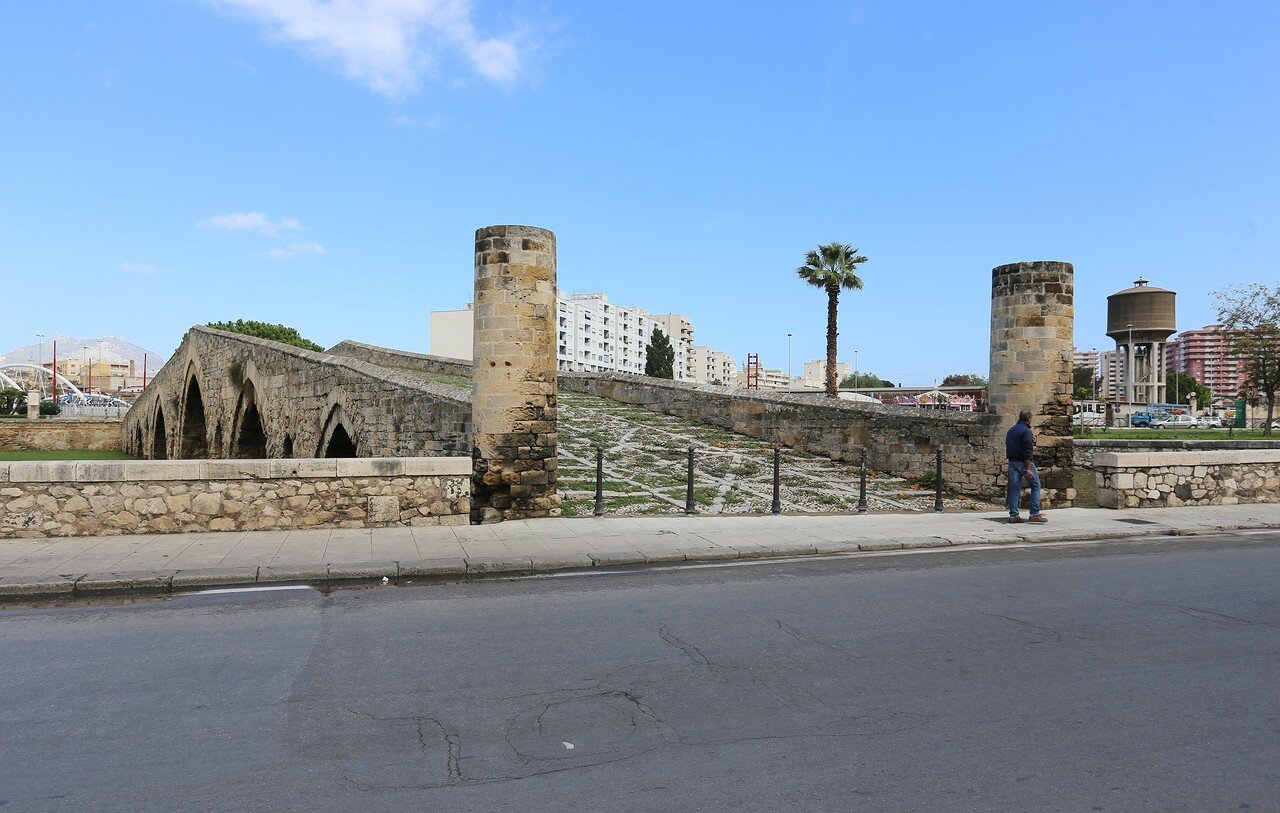 Now the water under the bridge does not flow, it is surrounded by green lawns with plantings of agave. After the disastrous flood of 1931, a new channel was dug bypassing the old bridge, over which a new bridge was opened in 1938. The fact is that the narrow arches of the ancient structure did not have sufficient carrying capacity, and they were also clogged with debris that was brought by the river during downpours. As a result, the bridge turned into a dam and the area above it was subjected to flooding. I must say that the Norman building for centuries withstood the pressure of water without any damage.

The construction of a new channel, wide and straight, with high fortified banks, permanently solved this problem, and the new bridge made the Coroso dei Mille a powerful transport artery, which contributed to the development of the Eastern part of Palermo, Brancaccio. In 2015 Ponte del Ammiraglio was included in the world heritage list of UNESCO. 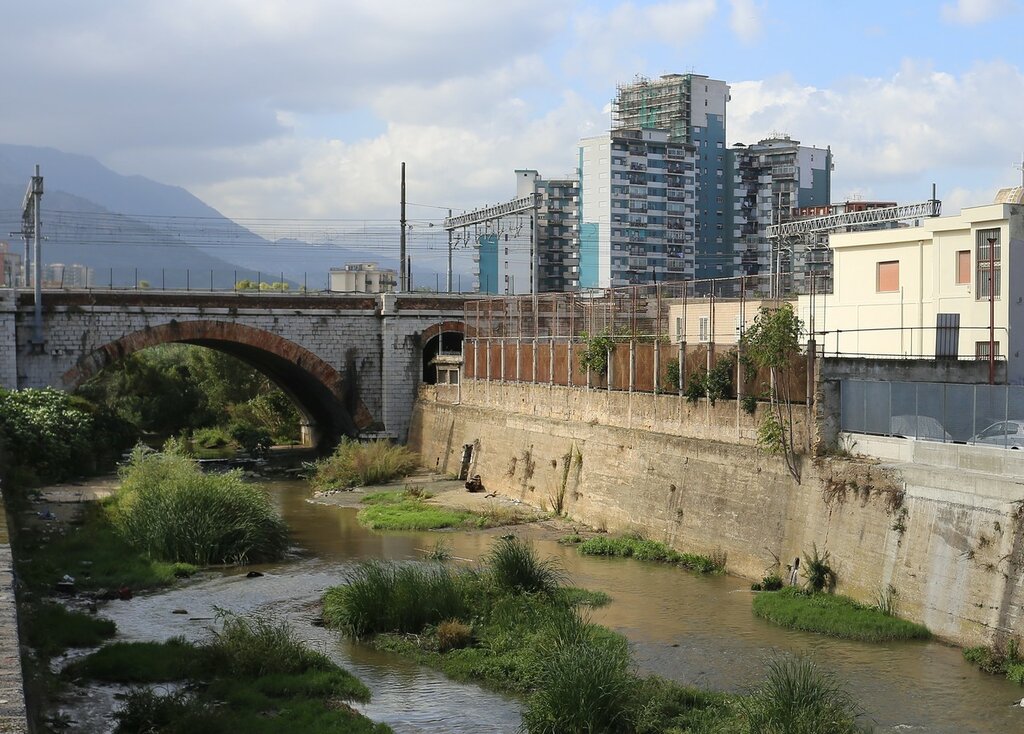 From the Central station, you can reach the bridge by tram line 1, which connects the city with the Palermo Forum shopping area, but you can also walk for 10-15 minutes. 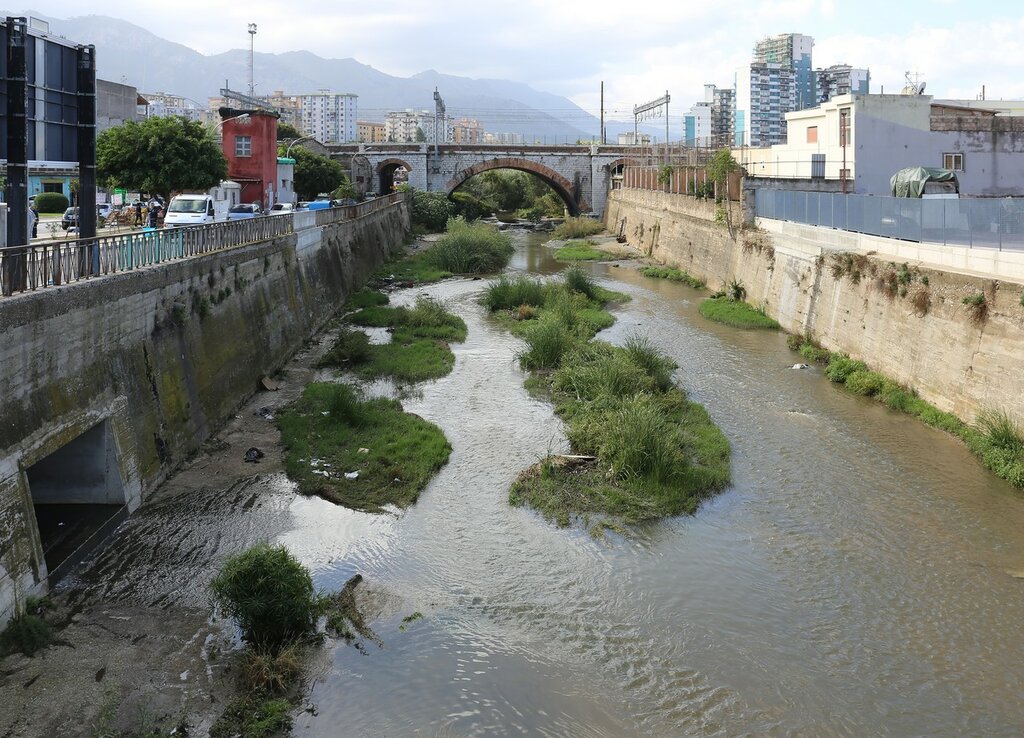