In the dry dock No. 1, formerly owned by the shipbuilding company H. Parry & Son in Casillas (on the map), on June 25, 2013, the submarine "Barracuda" of the Portuguese Navy came to permanent rest. 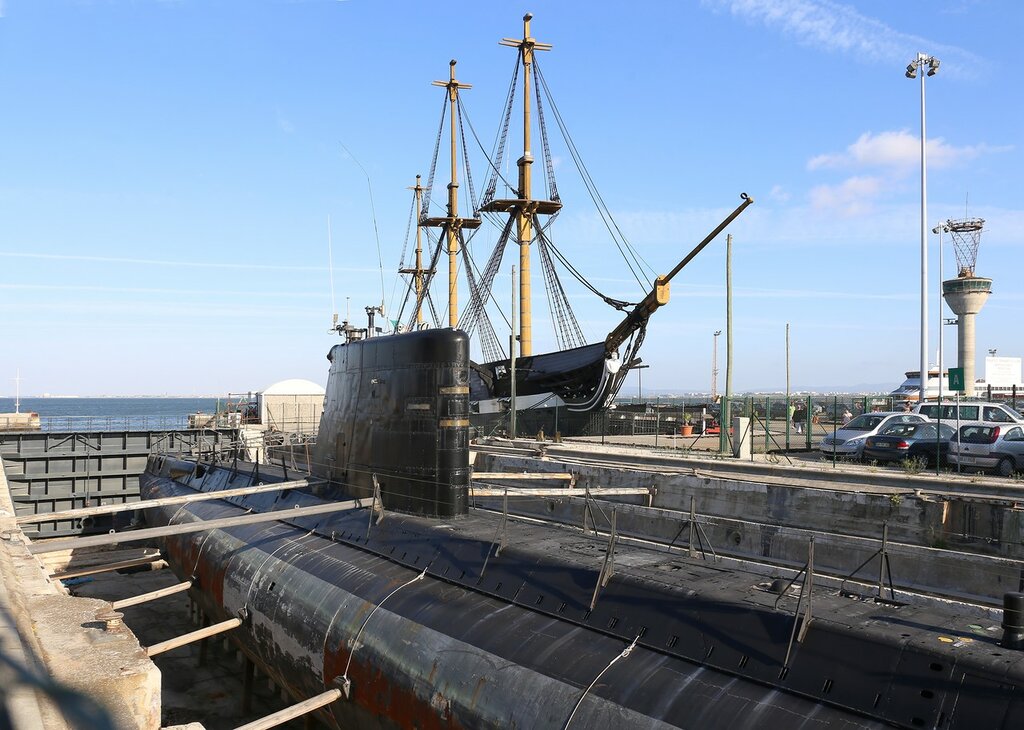 The submarine belongs to the Albacora class, developed by order of Portugal on the basis of the French project Daphne (Daphné) and built in a series of 4 units at the Dubigeòn shipyards in Normandy. All the vessels became part of the 4 division of submarines in 1968-1969, where they served until the beginning of the 21st century, when they were replaced by modern German submarines of project 209. "Barracuda" was decommissioned in 2010, remaining in service longer than all its sister ships. 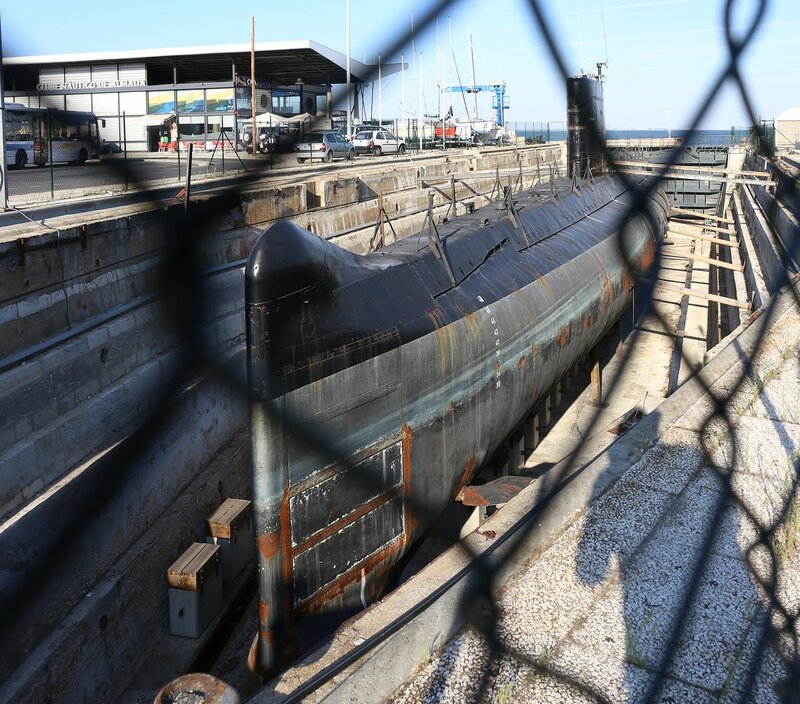 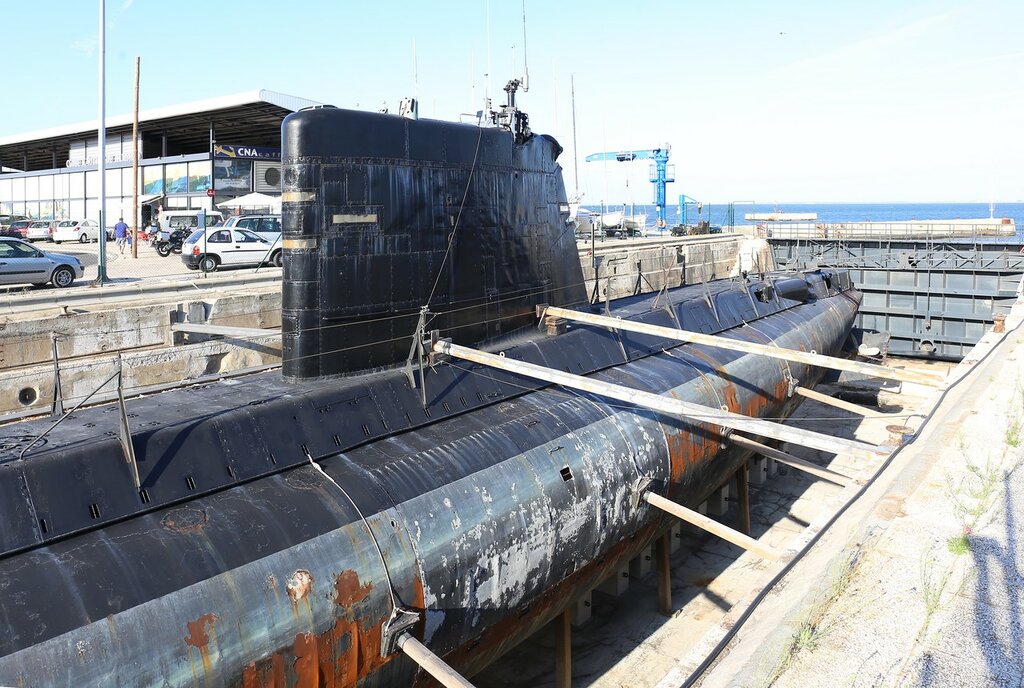 Boats of the Albacore class had the following characteristics: the surface displacement of 860 tons, underwater 1038 tons, a length of 57.75 m, a width of 6.74 m and a draught of 5.25 m. the Power plant consisting of diesel generators and propeller motor a total capacity of 1600л.with. provided the surface speed of 15 knots (28 km/h), underwater dive under snorkel (on diesels) 12 knots under full immersion (from batteries) 8 knots (15 km/h). The boat could pass in a surface position at an economic speed of 7 knots (13 km / h) 10 thousand miles (18.500 km - a very good indicator!), autonomy was 30 days. All boats were tested to a diving depth of 300 meters. The crew consisted of 6 officers, 24 Junior officers and specialists, and 20 sailors.
Armament-12 torpedo tubes of 550 mm caliber (8 bow and 4 stern), ammunition for one torpedo per unit. 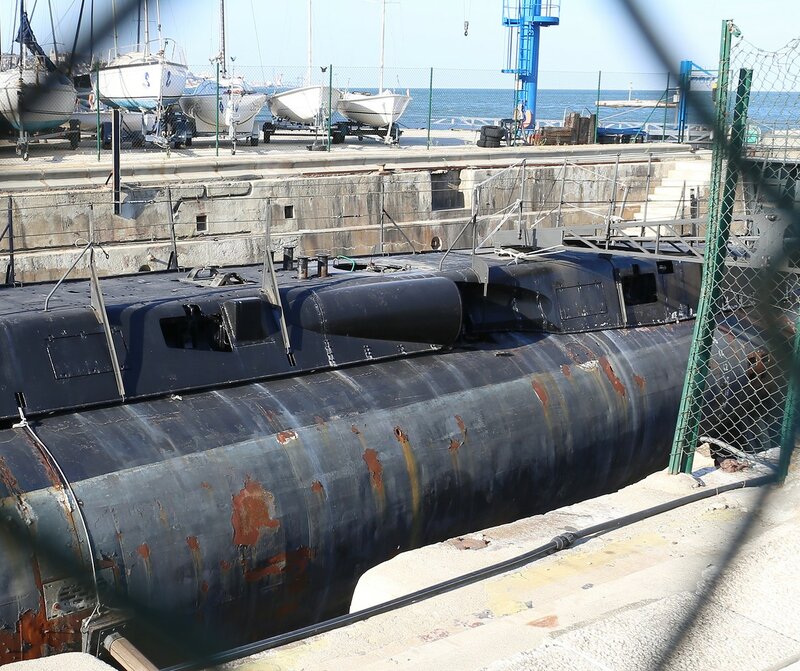 In 2012, as part of the tourism development program, Almada municipality allocated half a million euros for the repair of the dock and the restoration of the boat. Inside the submarine, they plan to create an atmosphere of a combat campaign, as a result of which the ship will undoubtedly become one of the most interesting tourist attractions in Lisbon. 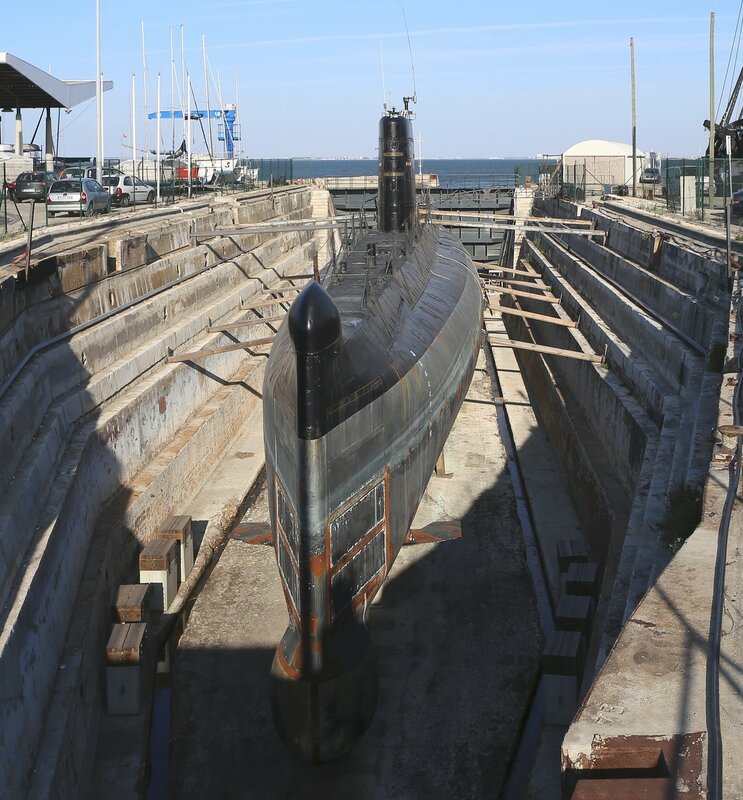 Adjacent dock No.2 is occupied by another ship-Museum frigate "Fernando II e Gloria". 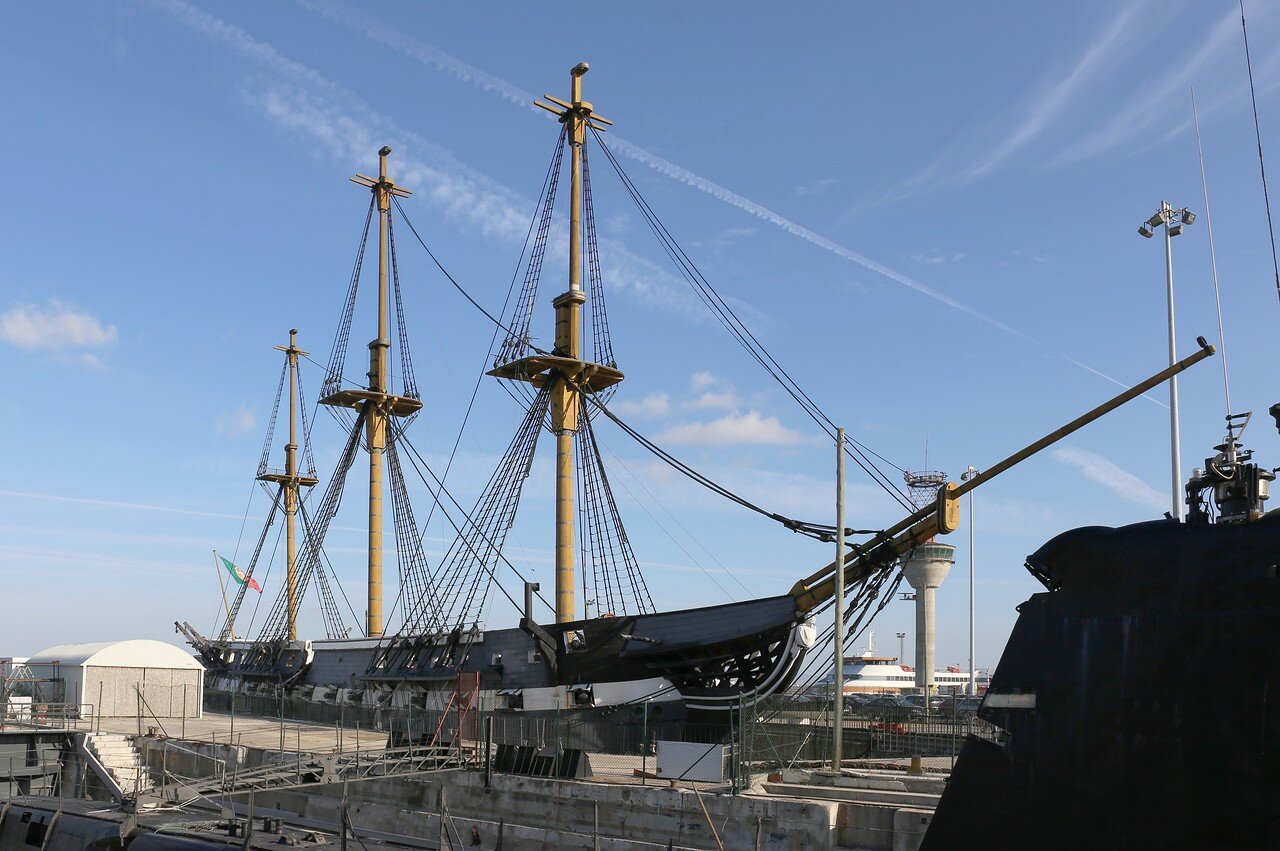