In the spring of 2011, in the port of Naples, I had the good fortune to admire two elegant fast catamaran ferries that belonged to the SNAV company at that time. These vessels are designed for transportation of passengers and cars on short sea lines. 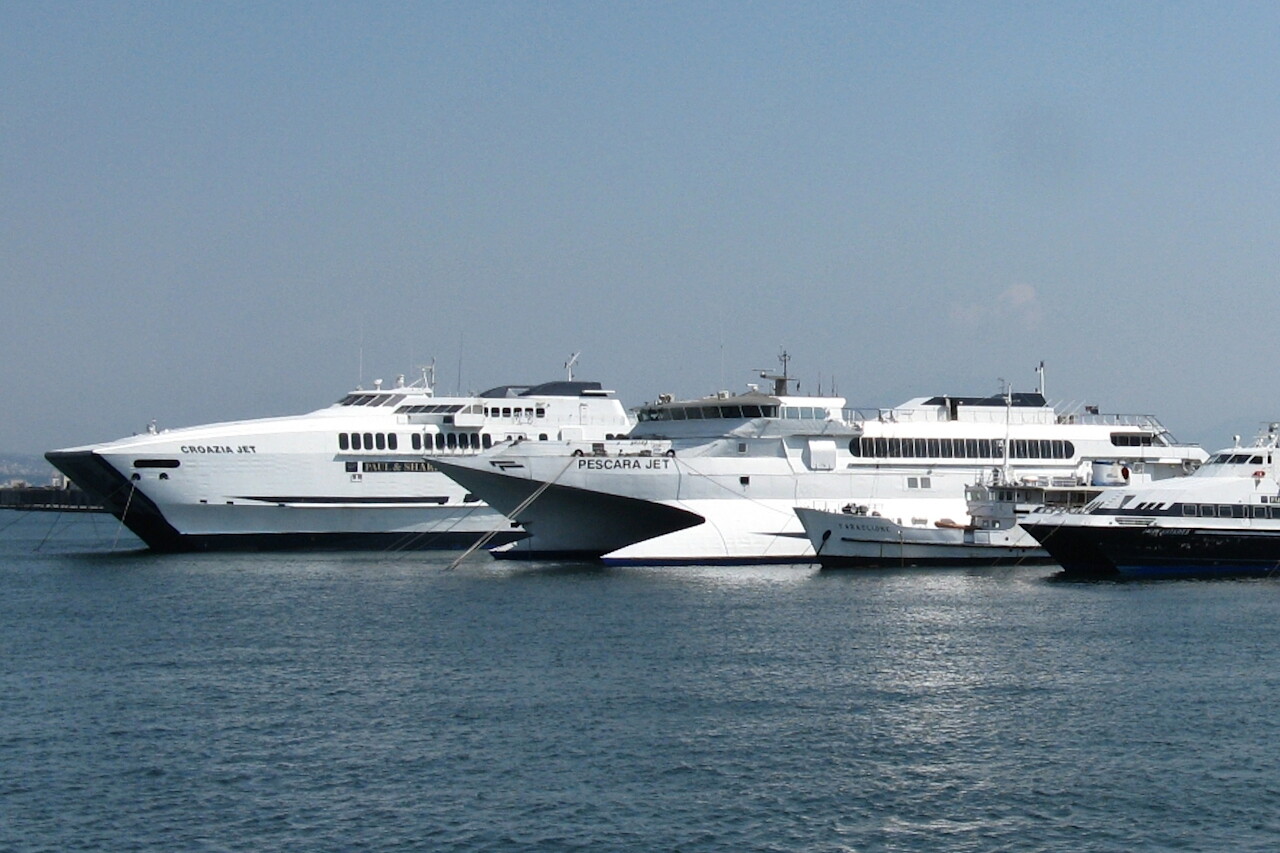 The Pescara Jet high-speed ferry was built in 1991 by the Australian company Incat Catamarans Pty. The 77-meter-long vessel carries 450 passengers and 85 vehicles at a speed of 38 knots (70 km / h). Strictly speaking, the ship is a trimaran (it has three hulls), although the middle hull does not touch the water. 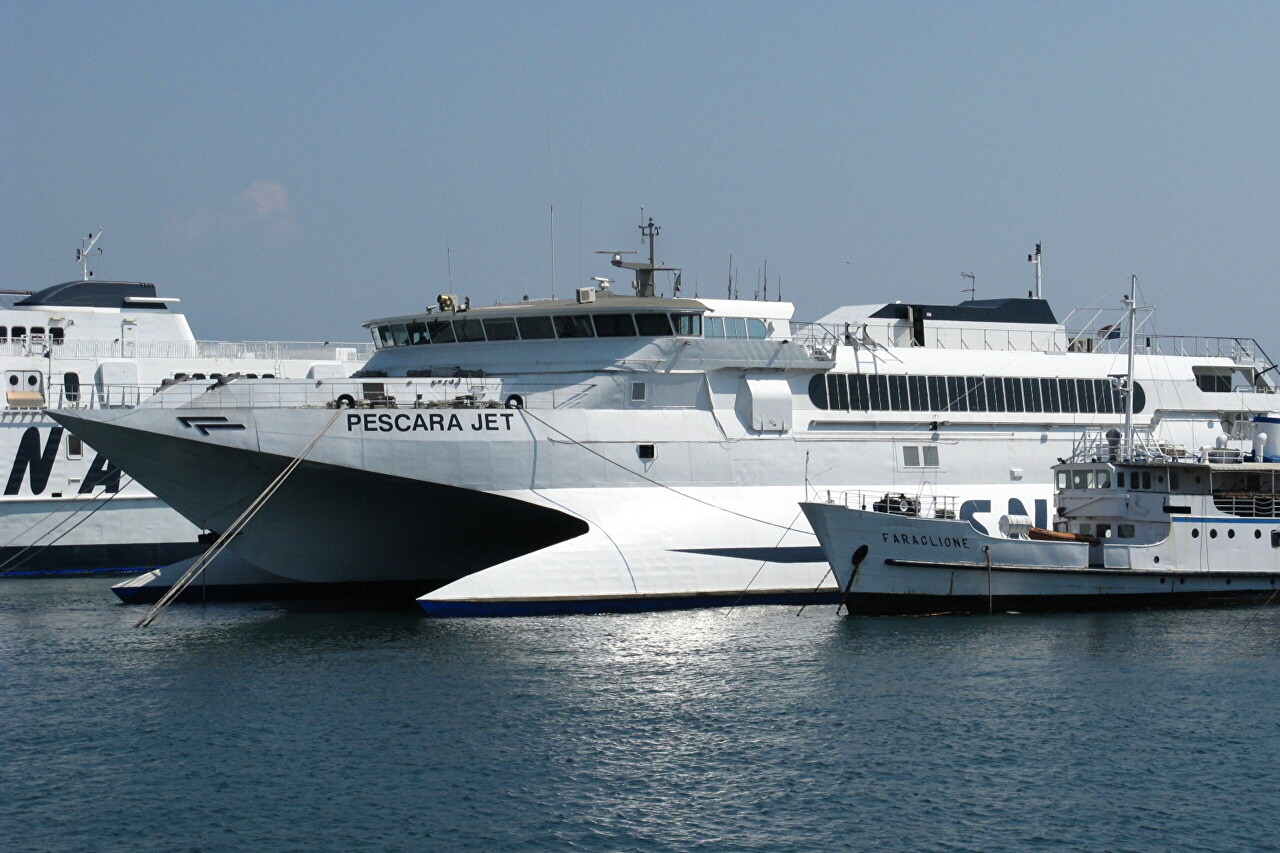 Initially, the catamaran was owned by the Northern European companies Hoverspeed, la Sea Containers, Color Line, then Silja Line, and worked on the Calais-Dover and Liverpool - Belfast lines. Since 2004, the ferry has been owned by SNAV and operated on the Adriatic (Pescaro-Spalato-Javar line). In 2011, the ship was bought by the Greek company Golden Blaze Cruises. Since 2015, the ferry is owned by the Argentine company Colonia Exress and under the name Atlantic Express operates regular flights between the ports of Buenos Aires and Colonia del Sacramento. 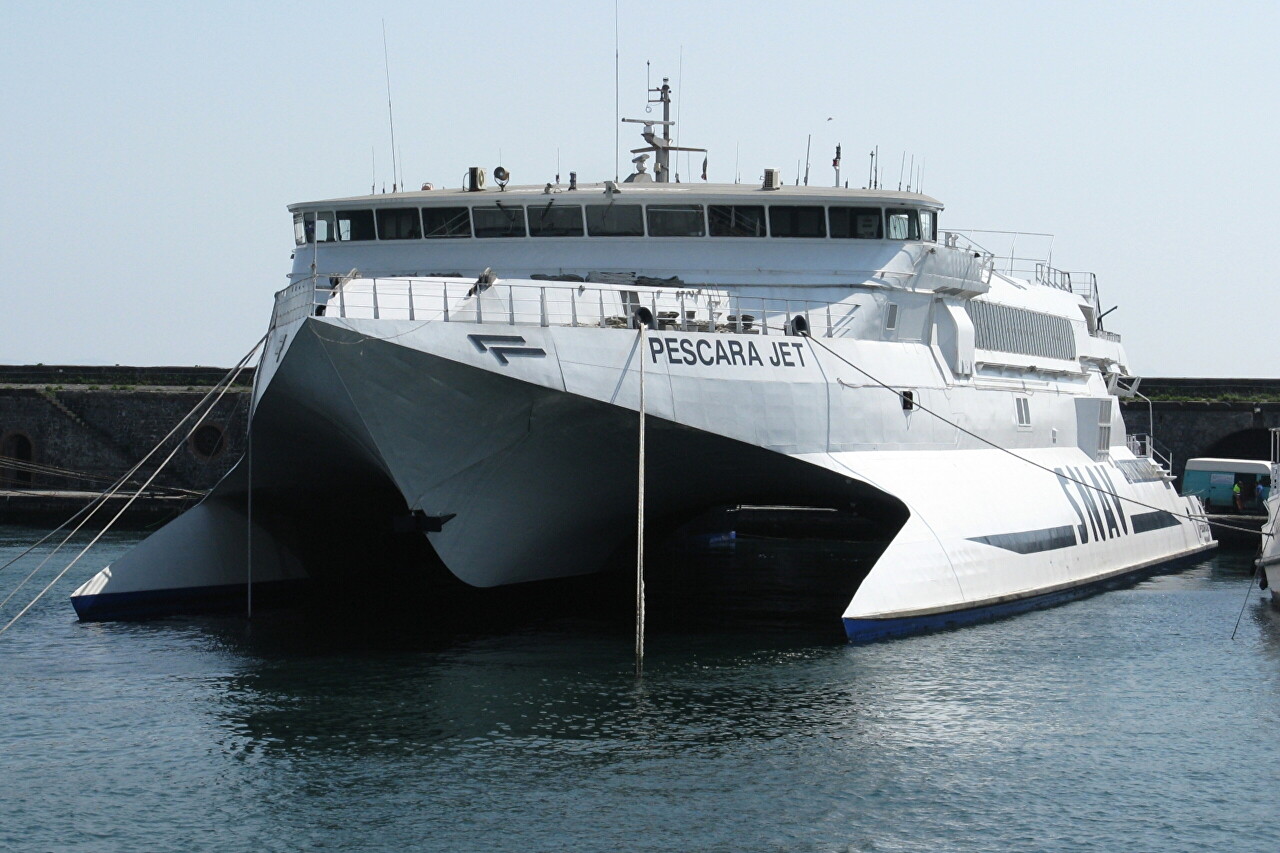 The ferry Croazia jet was built in 1996 by the Australian company Austal and under the name Felix Jet was in the hands of different owners-Scandlines in the Baltic, then worked on lines connecting Spain with North Africa. In 2002, the vessel was acquired by SNAV, a catamaran operating in the Adriatic and the Tyrrhenian Sea. In 2021, the catamaran became the property of the Greek company Seajets and once again changed its name. Now it is called Speed Jet and operates under the flag of Cyprus in the Caribbean Sea. The vessel is 83 meters long, accommodates 650 passengers and 156 vehicles, and has a speed of 40 knots (74 km/h). 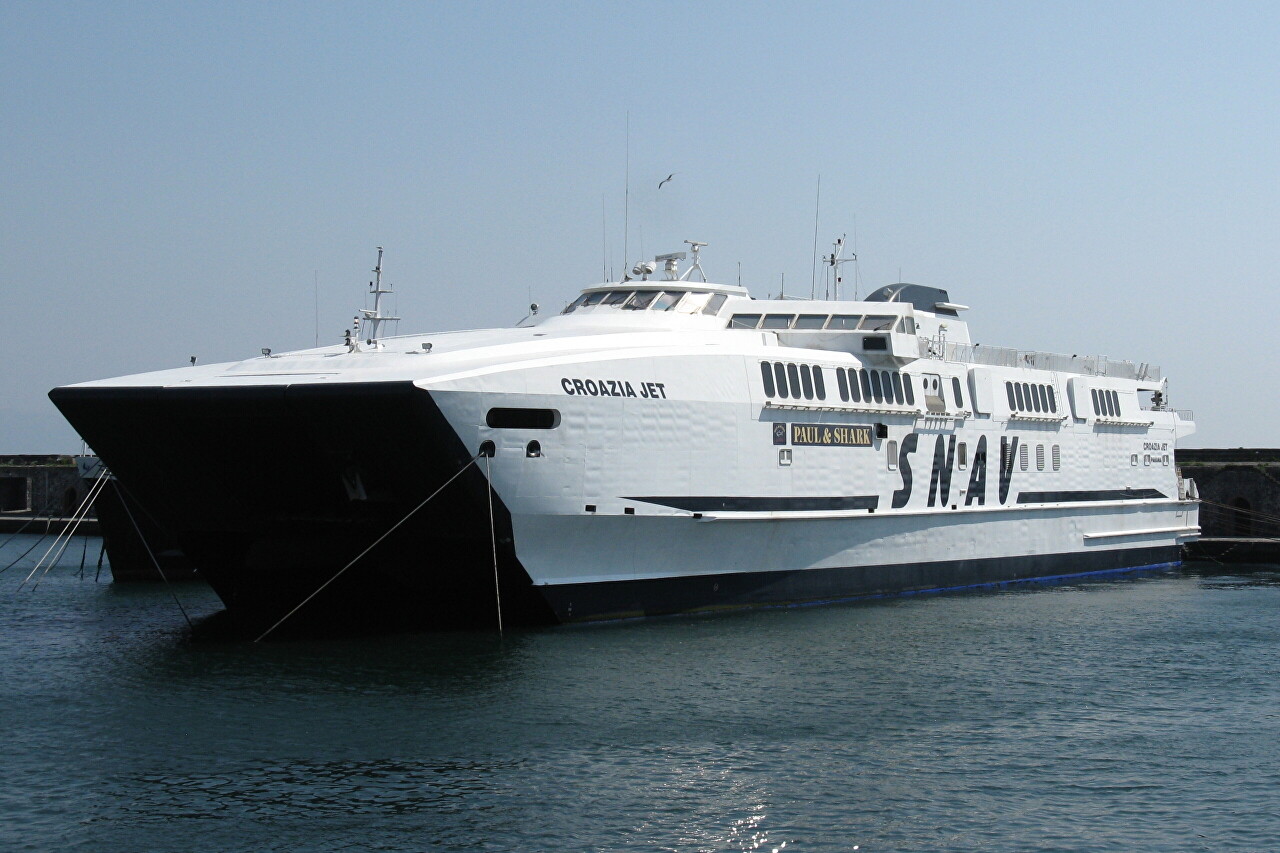