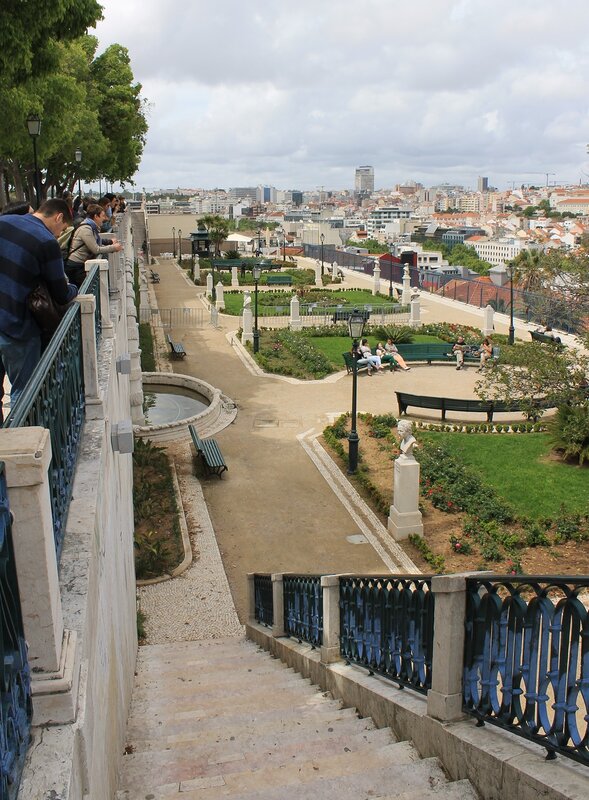 The garden is dedicated to writers - the alleys of the lower terrace are decorated with busts of Portuguese writers. 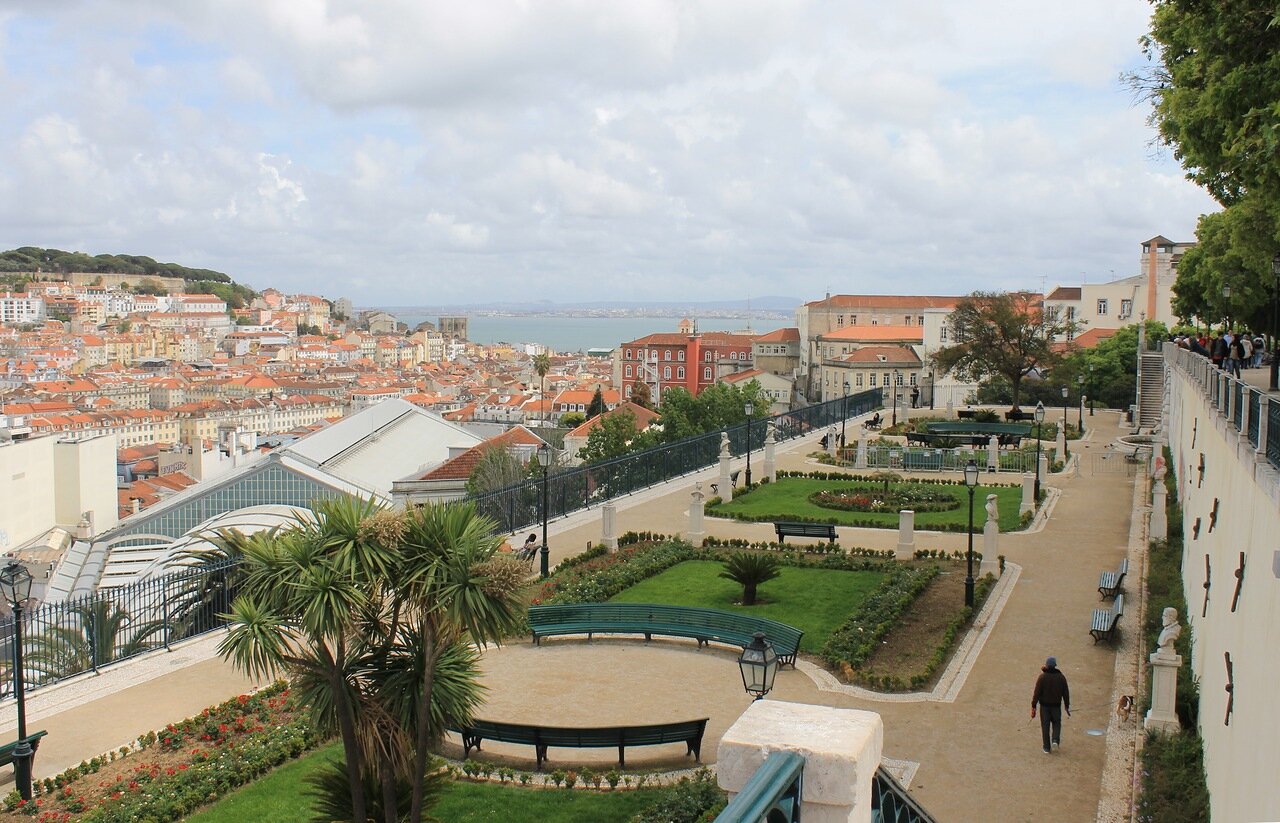 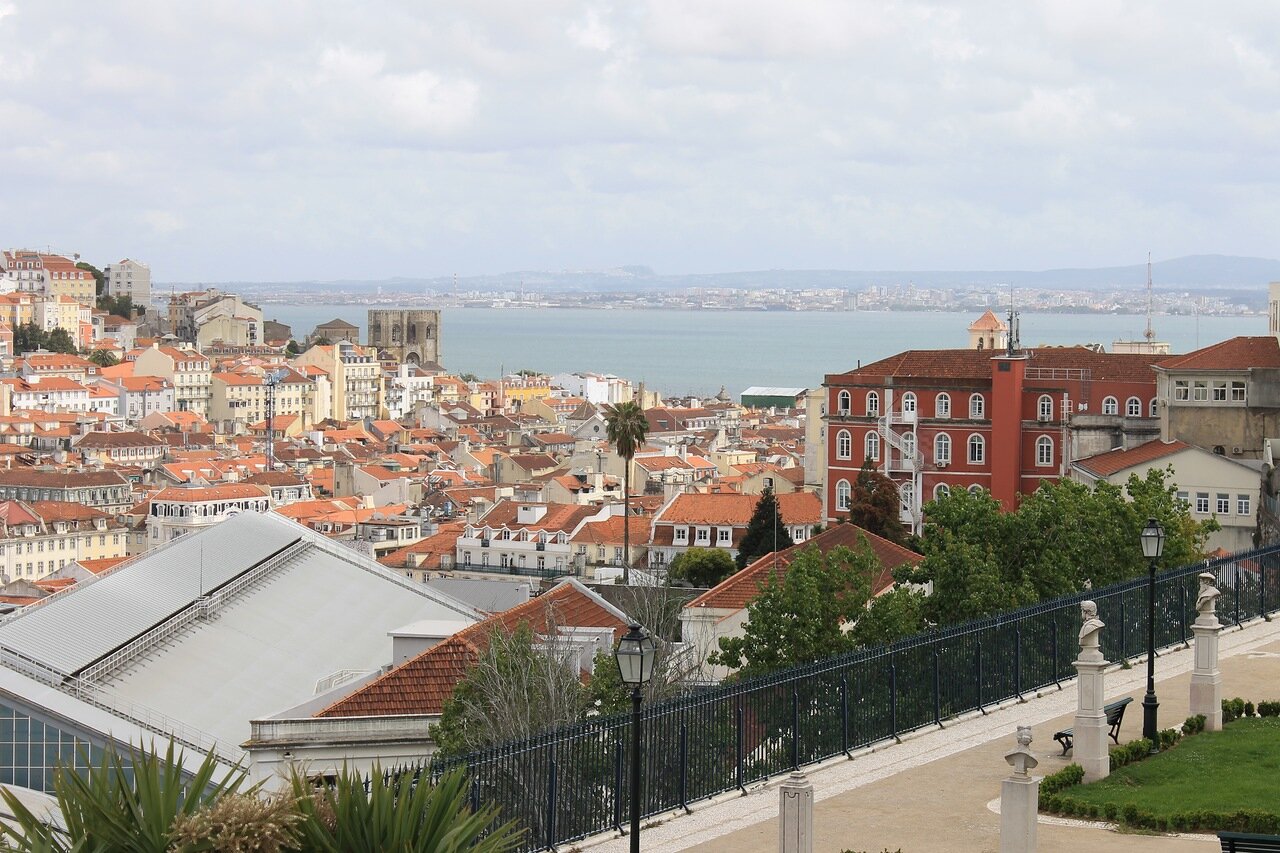 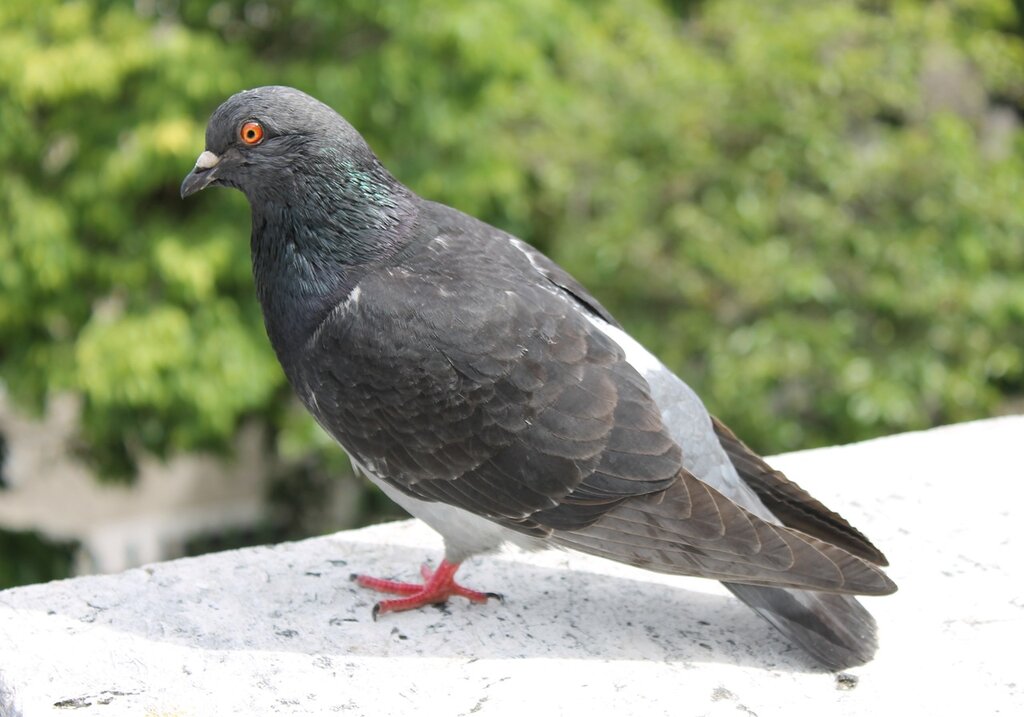 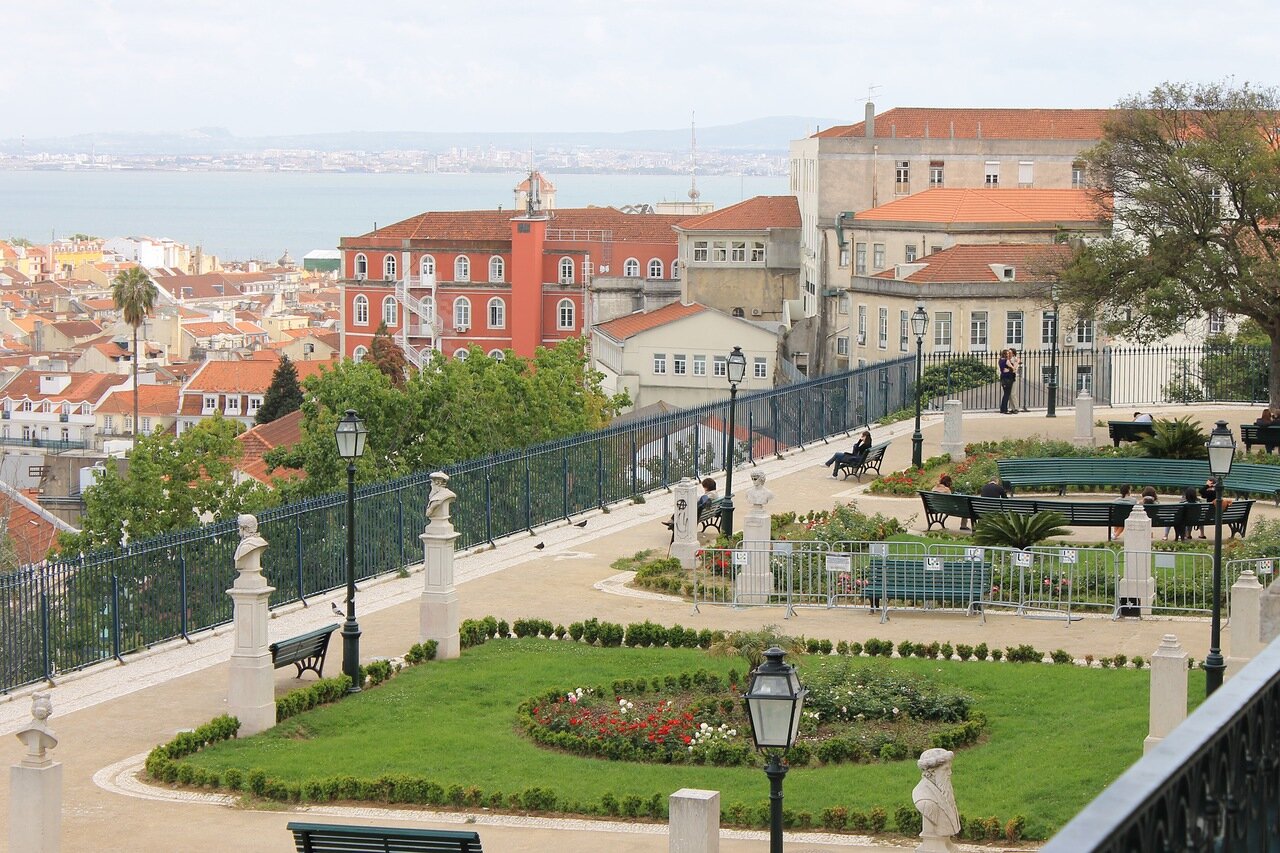 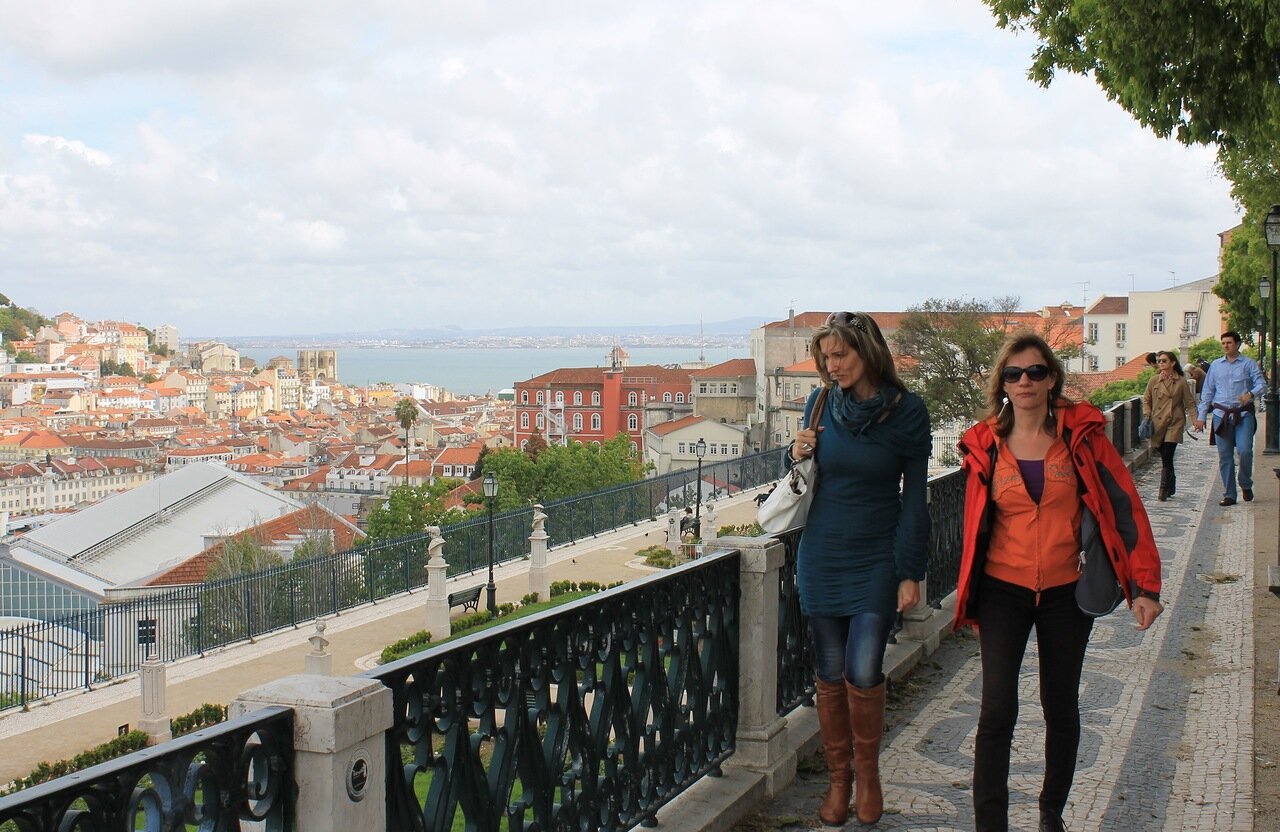 As Semyon semyonych Gorbunkov said: "But I was in Paris - there are dogs everywhere. A dog is a friend of a person" ... Yes, a friend, and they walk everywhere, but the owner never forgets to put away the products of life after his friend. 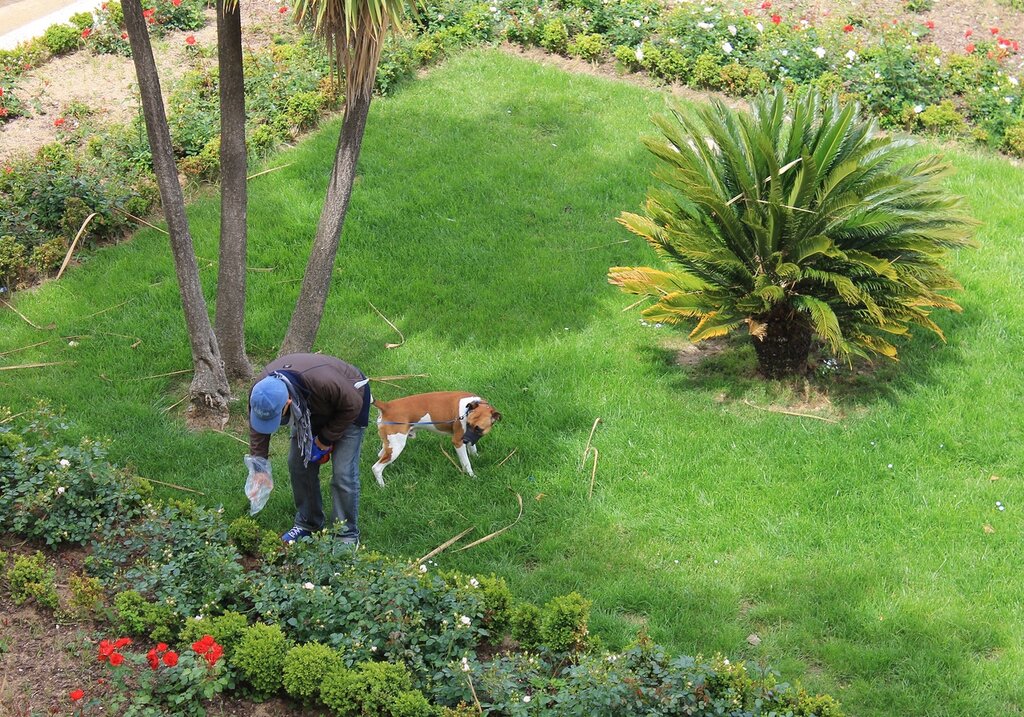 On a shady alley, you can sit near the monument to the writer, journalist and philologist Eduardo Coelho (José Eduardo Coelho, April 23, 1835-may 4, 1889), who founded the most popular newspaper Diário de Notícias in 1864 (Daily news). The monument was erected in 1904, and the sculptor Costa Motta executed it in the form of a column with a bust of a journalist, in front of which a bronze figure of a newsboy is installed. 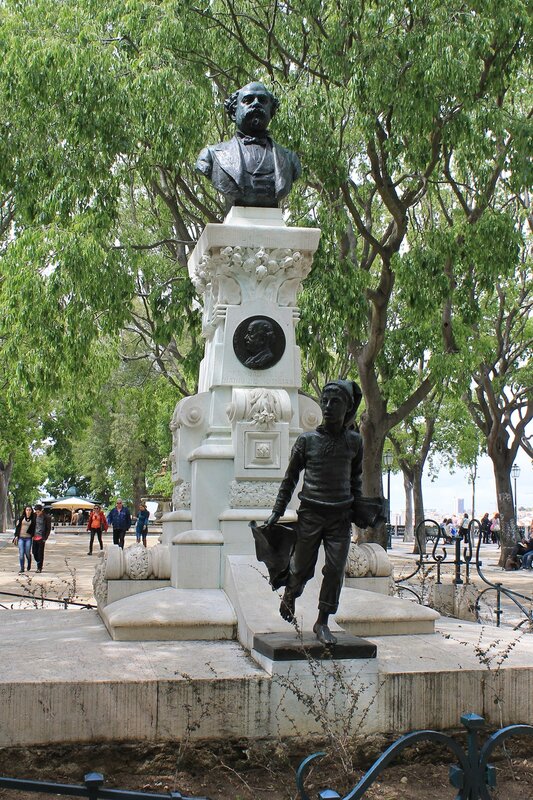