This is probably the most famous catering place in the Portuguese capital. With him, we began our acquaintance with the city. The cafe is located near the monastery of Jeronimos at Rua de Belém, 84 (map), the full name of the place is a "Fábrica dos Pastéis de Belém". Every day there are sold about ten thousand hot cakes, made according to the " secret monastic recipe". 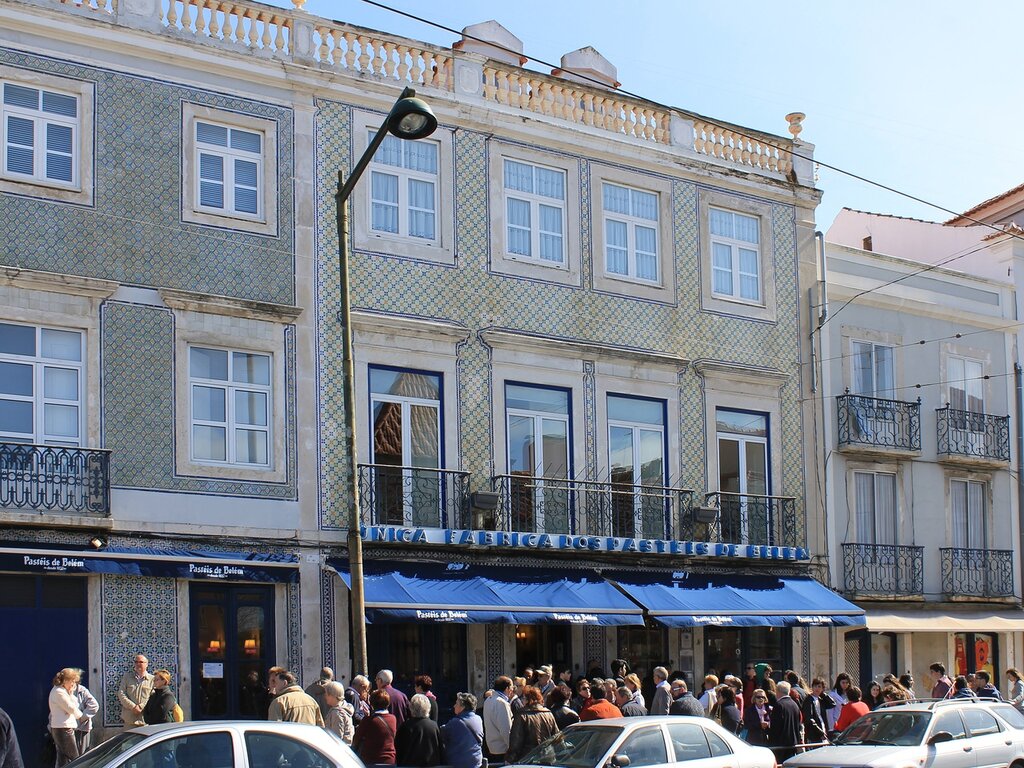 Portuguese monks were great lovers to eat, and in the manufacture of delicious and healthy food have achieved considerable success. Monastic cuisine is now the basis of traditional Portuguese cuisine. The emergence of the famous cakes was promoted by the ways of caring for clothes and linens - for nekrahmalistye used large quantities of egg whites. Remaining egg yolks, too, found a use for - they were used for cooking cakes and pastries. 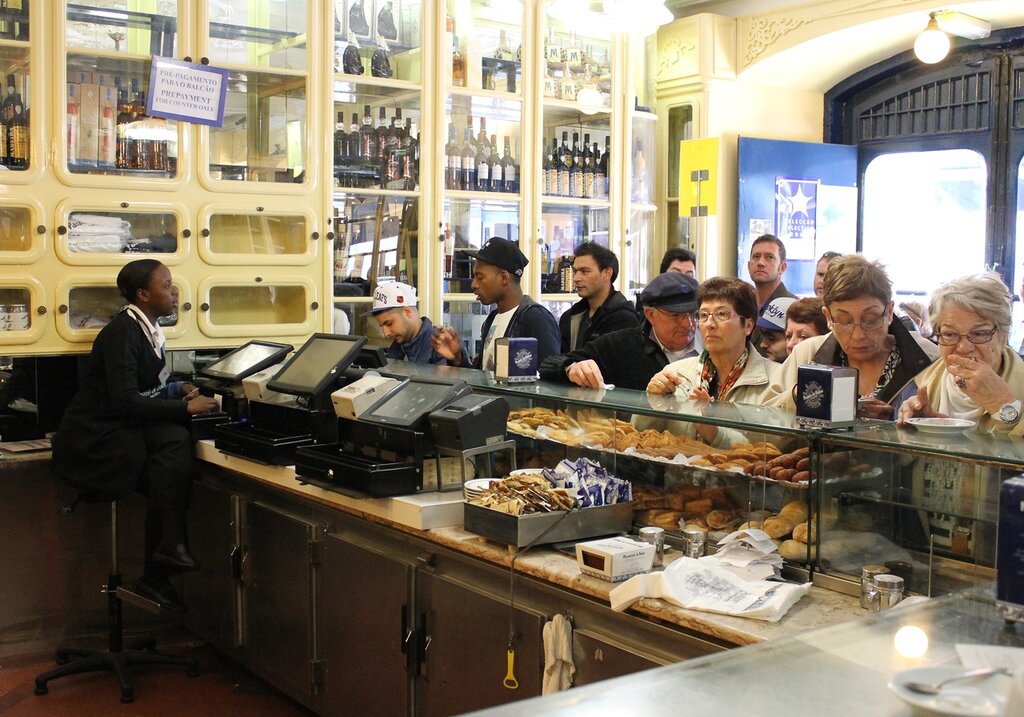 The phenomenon of this recipe to a wide audience resulted from the liberal revolution of 1820, abolishing the contents of religious orders by the state, the monasteries have been forced to provide for themselves. One of the sources of income of the Jeronimos monasteryw as baking confectionery, which they sold through a shop located nearby a small sugar factory. 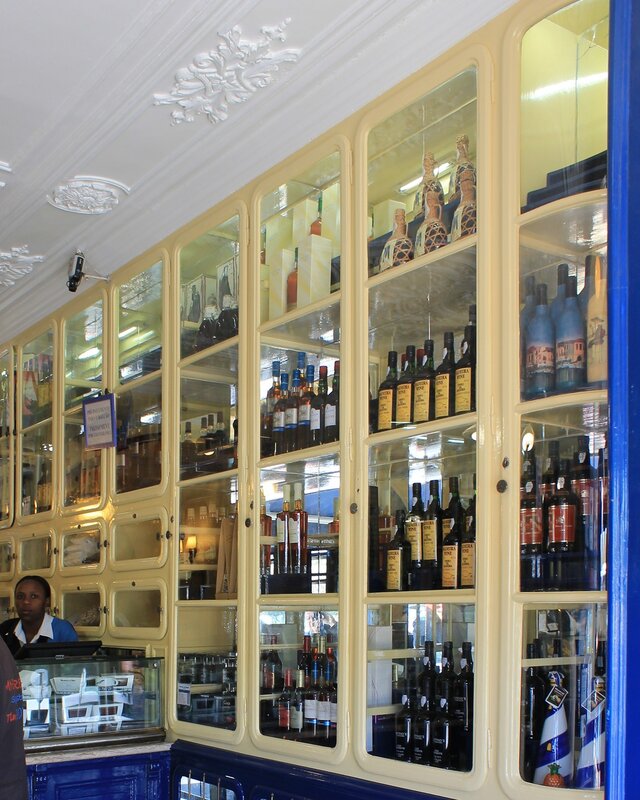 In 1834 the monastery was closed and the monks sold their recipe to the owner of the sugar factory. In 1837 opened "cake Factory in Belen", where you can taste the sweetness directly from the oven. The store immediately gained popularity, it began to come even from Lisbon (belém was then a separate city). With the advent of mass tourism in the late 19th century, to take a look at the wonderful architecture of the monastery and the tomb of Vasco da Gama was visited by travelers from around the world, and the glory of the unique taste of Belem cakes spread across all countries. 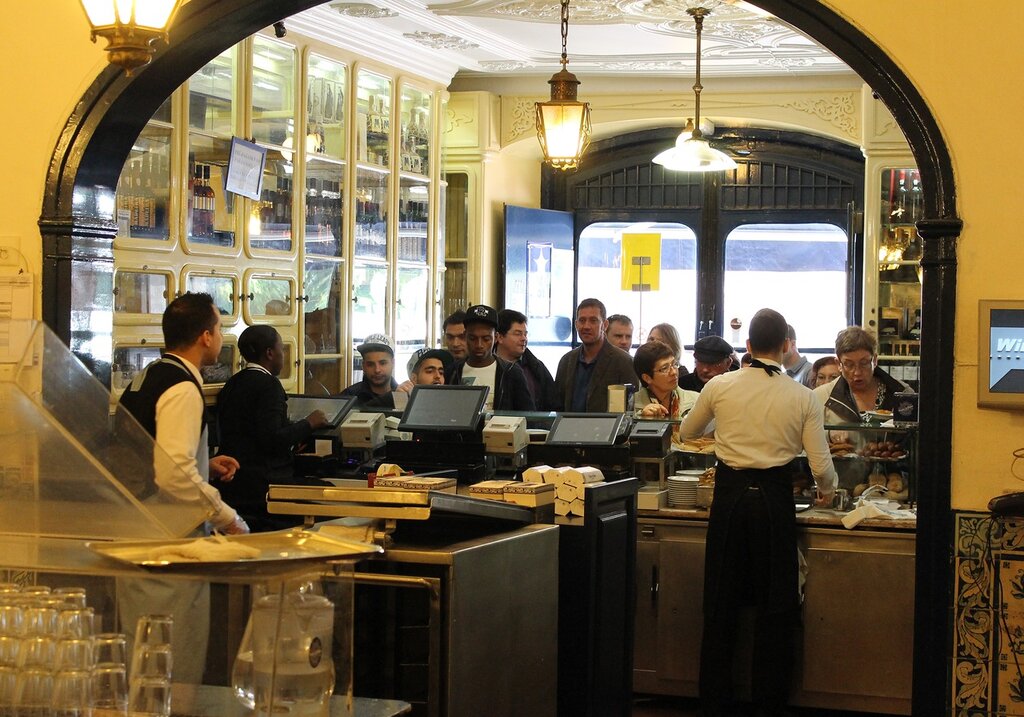 And yet the majority of visitors were local residents. Worldwide popularity has not turned the cafe into a pure tourist attraction, here, as a hundred and fifty years ago, the descendants of the owner of the sugar factory continue to bake famous cakes carefully adhering to the old recipe, while maintaining quite affordable prices. 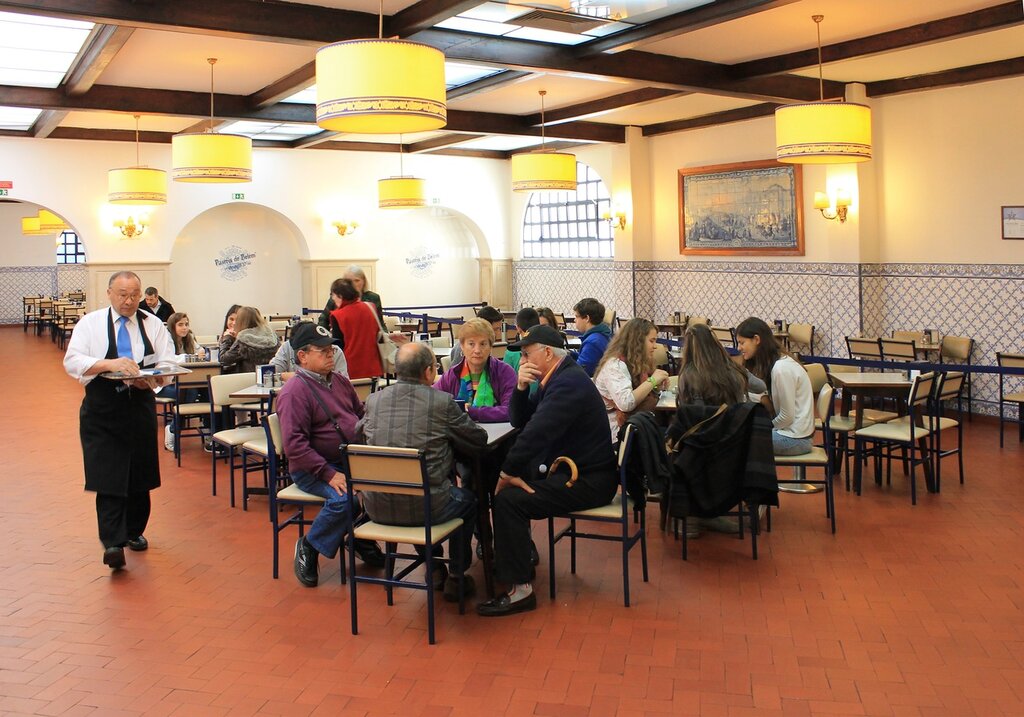 You can also admire the interiors of the cafe, where you can see a few things that convey the spirit of the past. 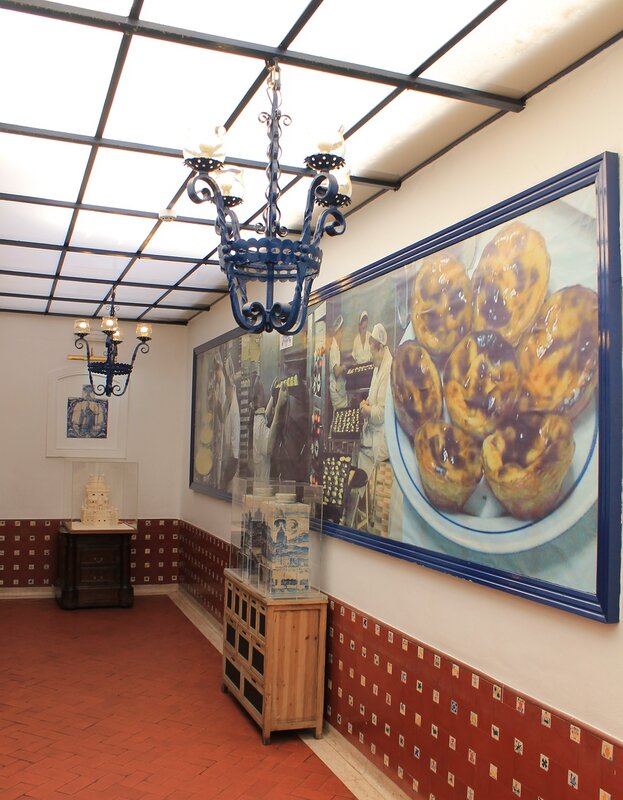 For example, this cash register. It would seem a utilitarian thing, but looks like a work of art. 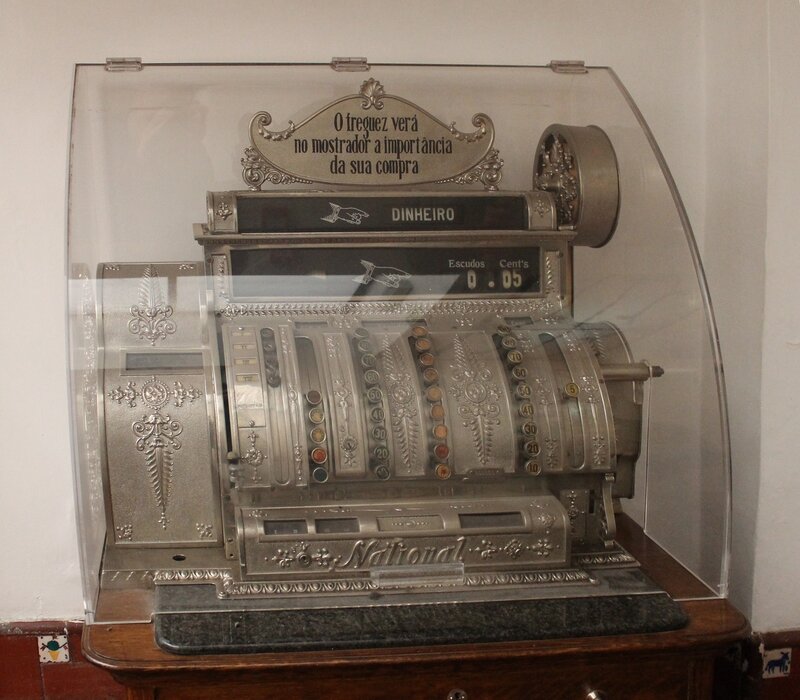