Lisbon welcomes us with the monument to Cristo Rei (Christ the King), built in 1959. 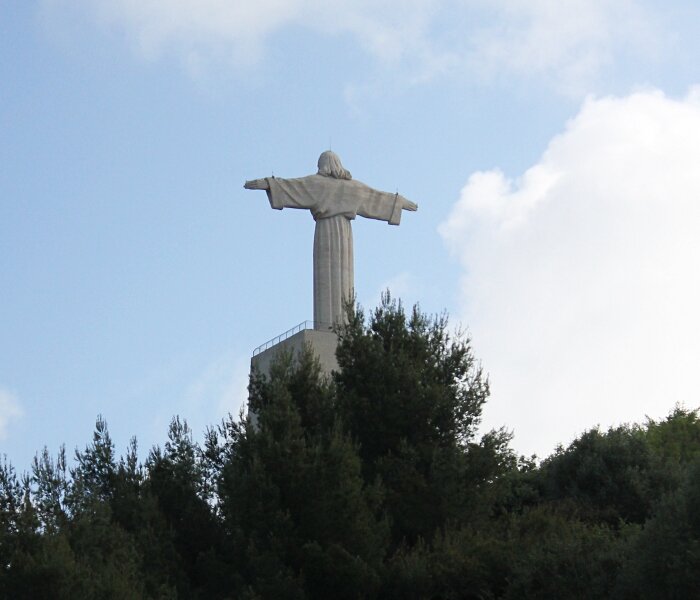 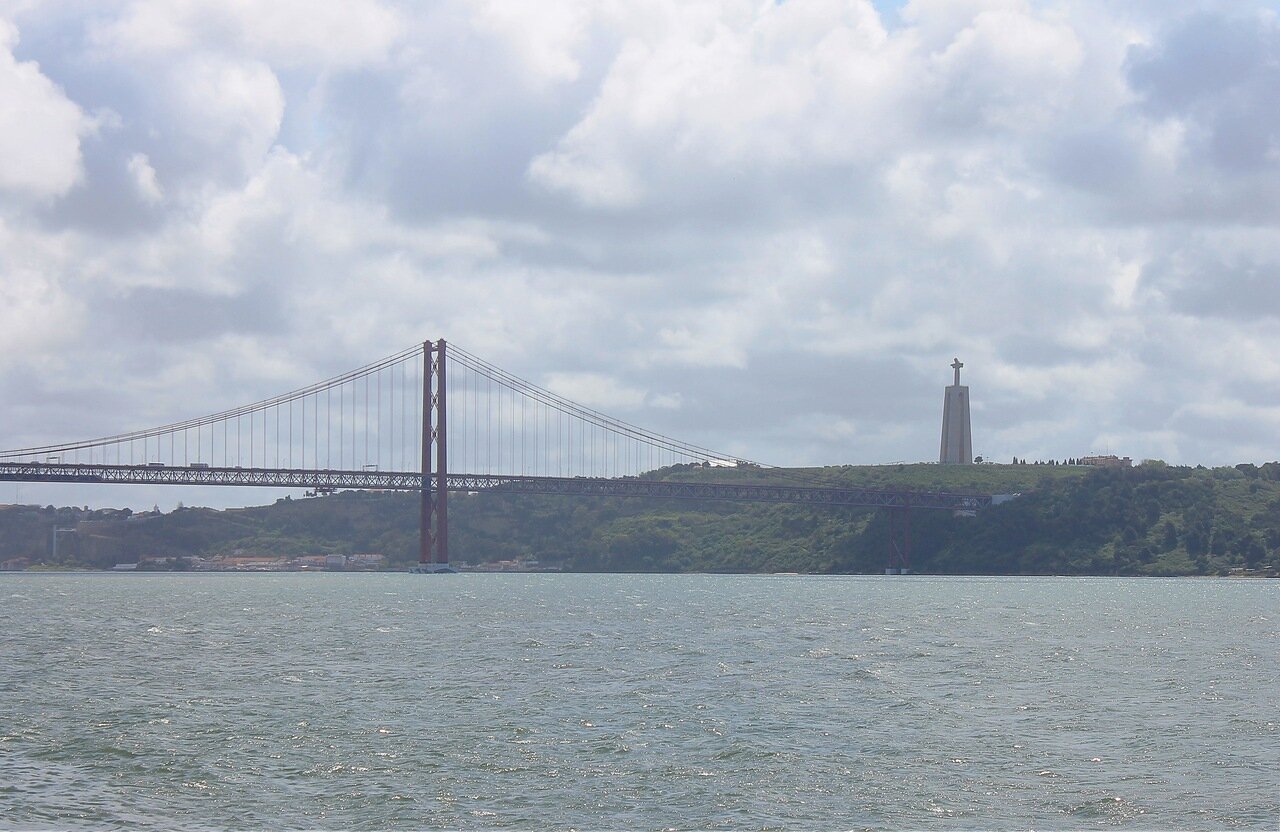 In 1962, construction of a bridge over the Tagus began next to the statue, the need for which was discussed as early as 1876. In 1929, this issue was revisited when the Portuguese engineer António Belo initiated the construction of a railway crossing over the Tagus river. The issue was debated for a long time in the government, and in 1933 a Commission was created to assess the feasibility of this project. A year later, a decision was made on the prospects of construction. A design competition was announced and as a result, in 1951, the railway bridge named after the Marshal Carmona (Ponte Marechal Carmona) was built outside the city, higher up the river, in a narrower place. However, the problem of automobile communication with the other Bank remained open, and in 1953 the government was again puzzled by the construction of a bridge in the city limits. In 1958, the construction decision was finally made, and a year later an international project competition was announced, the winner of which was a consortium led by the United States Steel Export Company, which had submitted its project in the first competition held 20 years ago. Construction began on November 5, 1962, with the contractor being the author of the project, and 11 Portuguese companies taking part in the work. On August 6, 1966, six months ahead of schedule, the bridge was inaugurated in the presence of the highest officials of the state. The bridge was named after the Prime Minister and became known as the Salazar Bridge (Ponte Salazar). The construction of the bridge cost 201 million US dollars in terms of current prices, four workers died during the construction (very few for such a large-scale construction), and the bridge was among the twenty longest in the world. 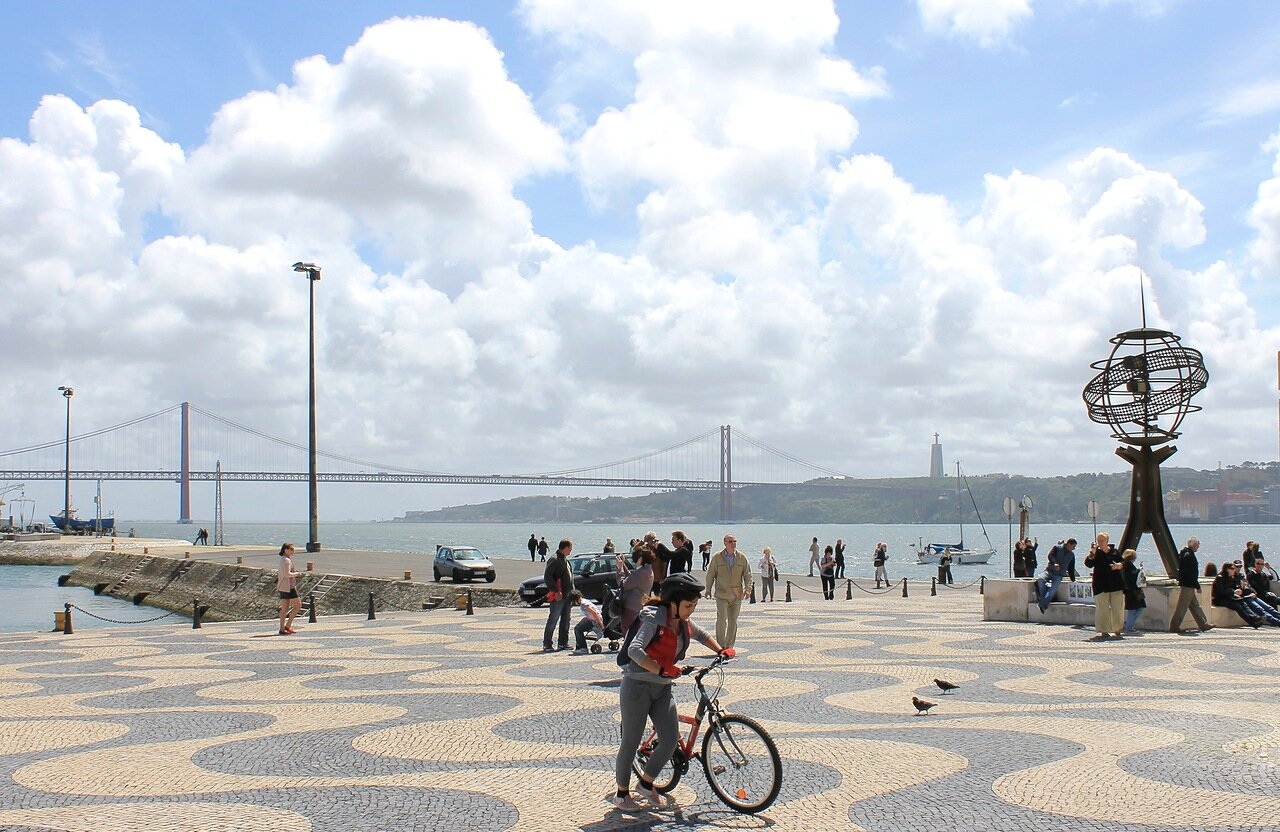 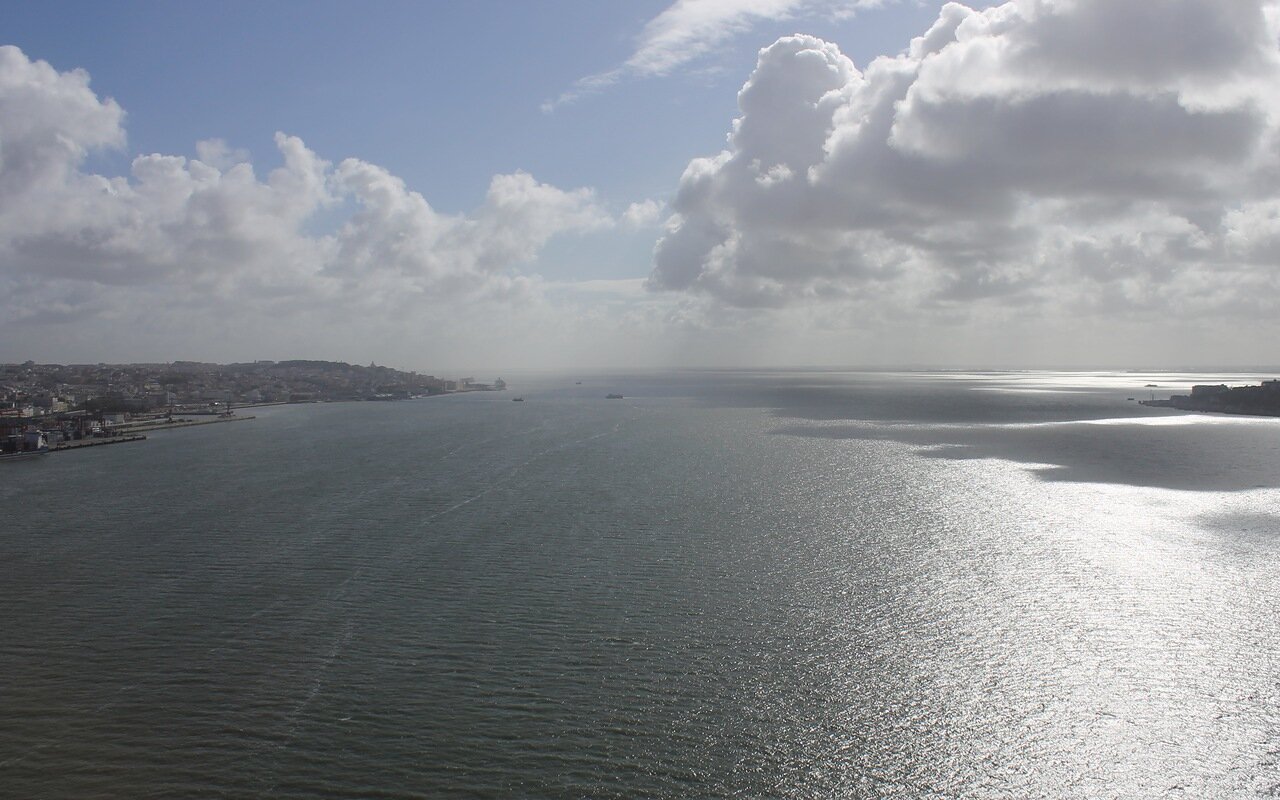 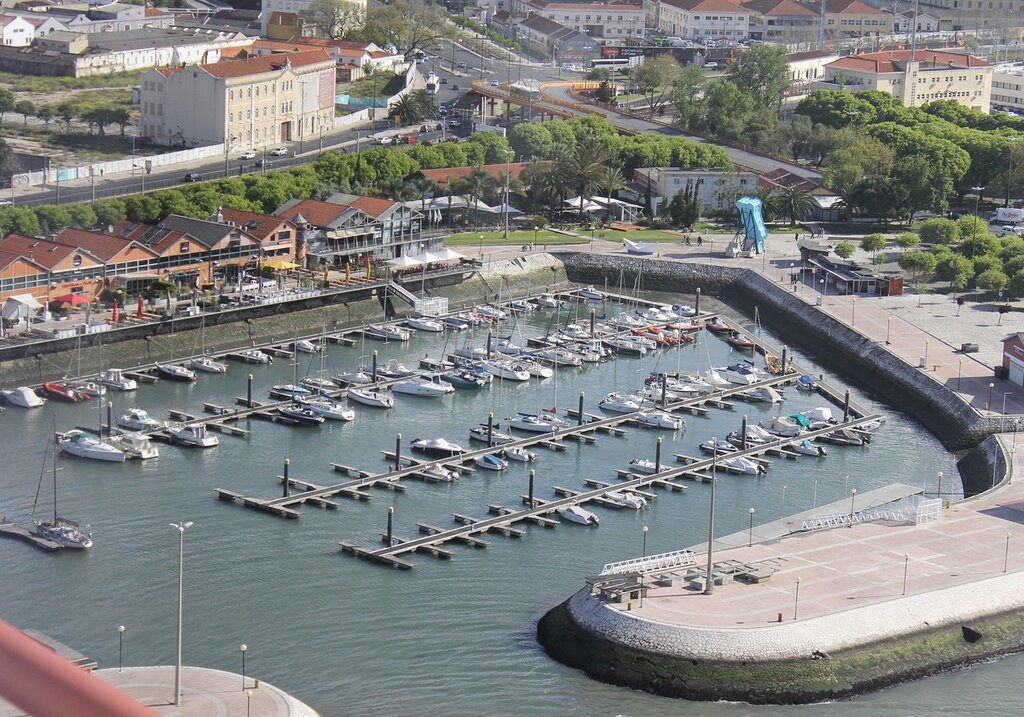 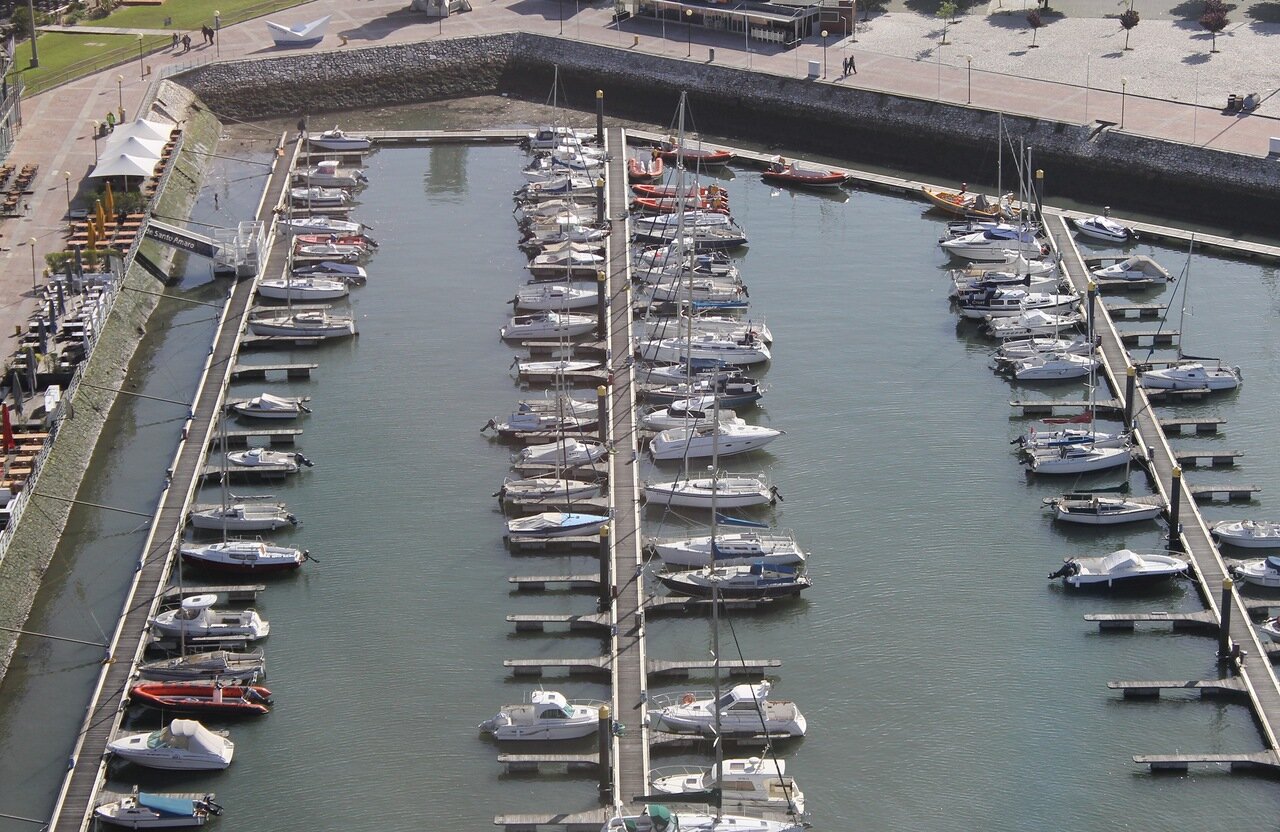 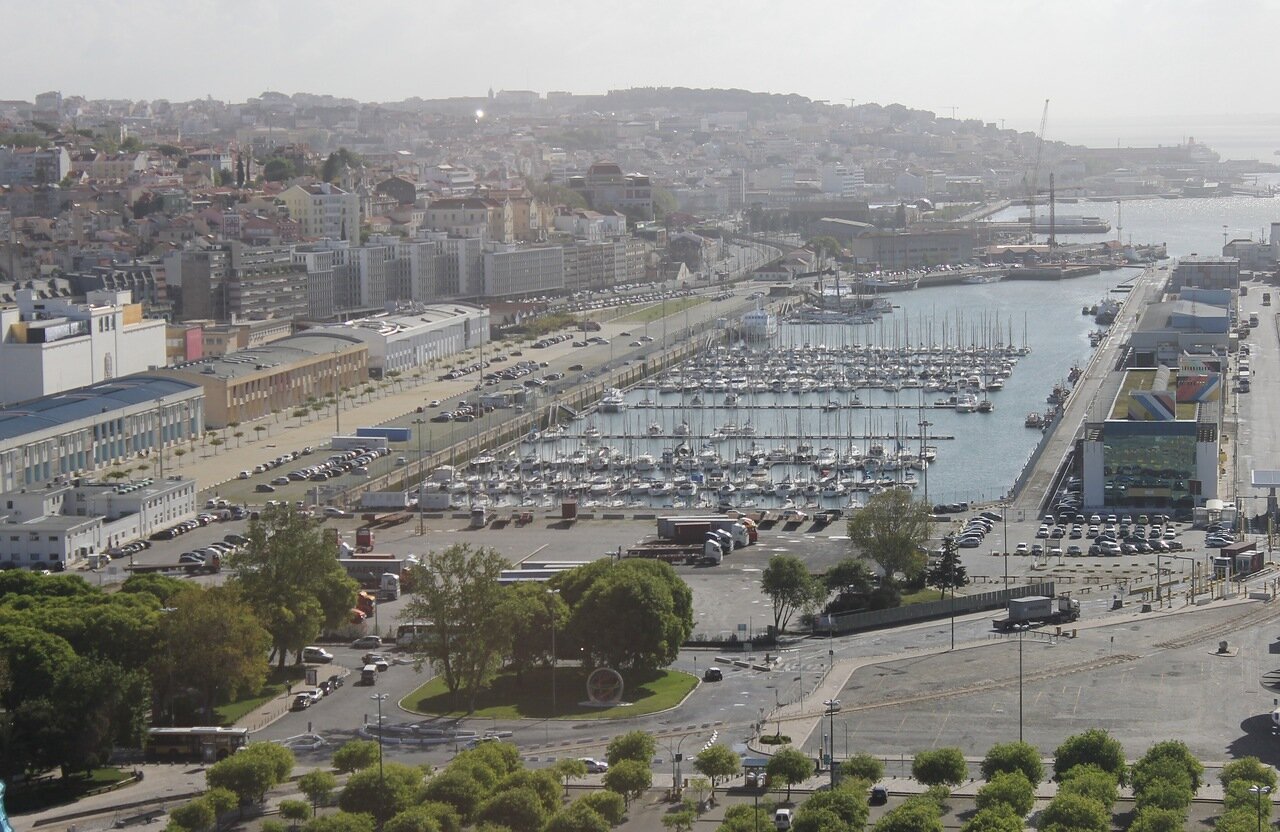 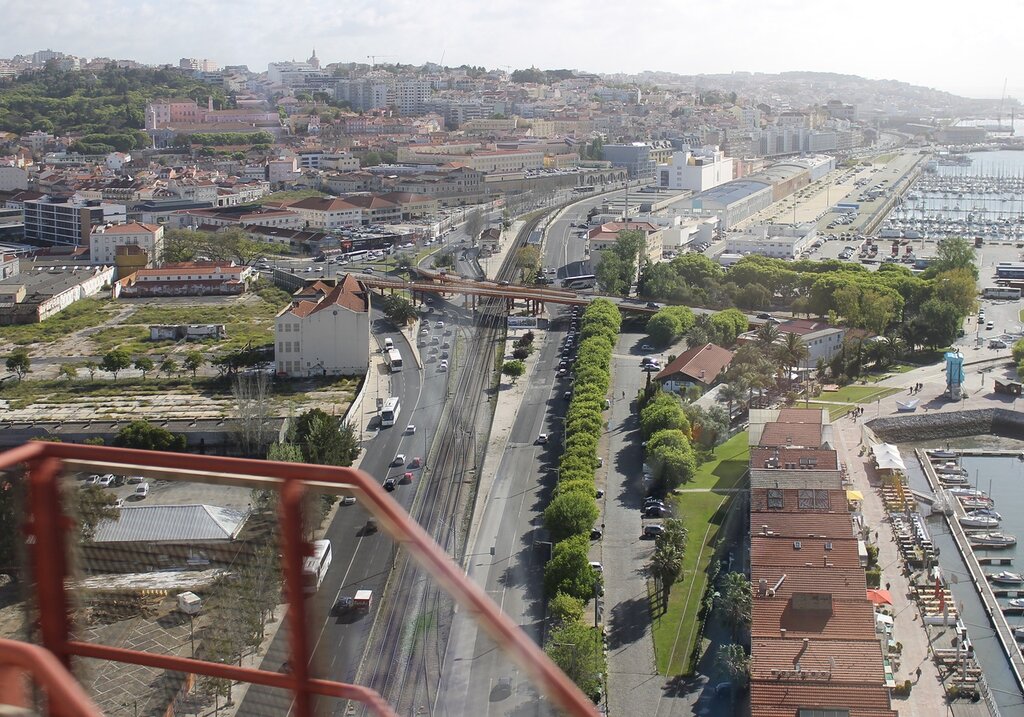 Soon after the "carnation Revolution" of 1974, the bridge was renamed, and became known as the "Bridge named April 25" - the date when the revolution took place. In 1998, the bridge was significantly modernized - the roadway became a six-lane one, and on June 30, 1999, the train traffic was opened under the roadway of the bridge. According to 2006 data, 150 thousand cars crossed the bridge per day. 157 trains a day passed through the railway tracks. More than 380,000 people cross the Tagus river every day. 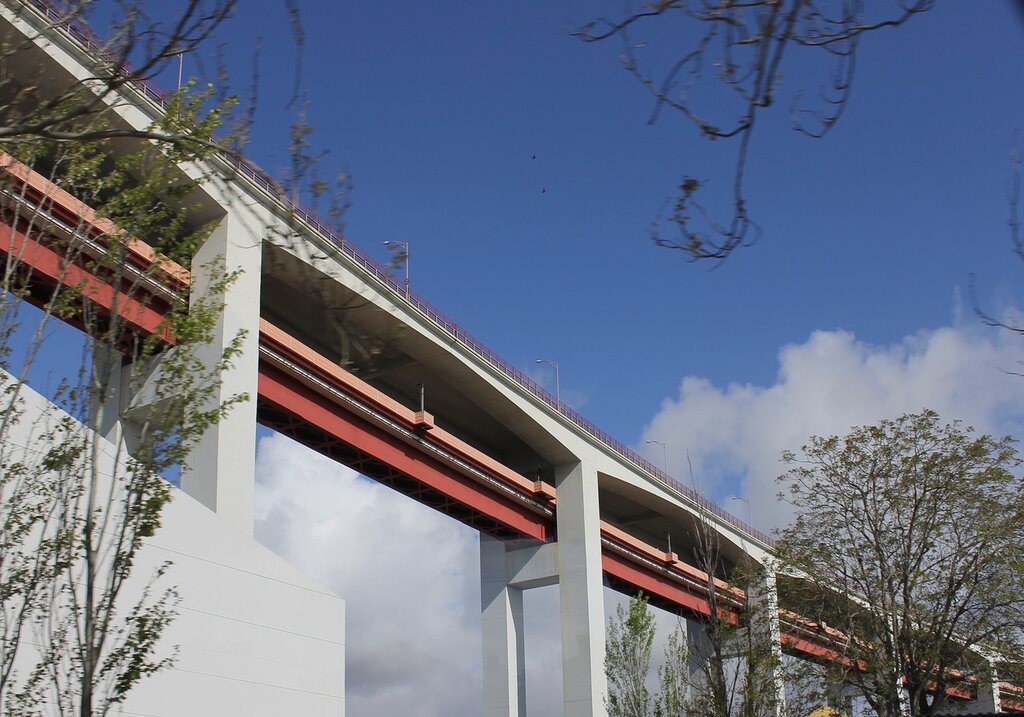 Bridge named after him. April 25 is often compared to the Golden Gate bridge in San Francisco. However, there it also has a closer relative-the Oakland bridge. The similarity is explained simply - both bridges were built by the same company in similar geological conditions (seismic hazard zone). The bridge is depicted in some films, most famously the episode from Bond "On Her Majesty's secret service". 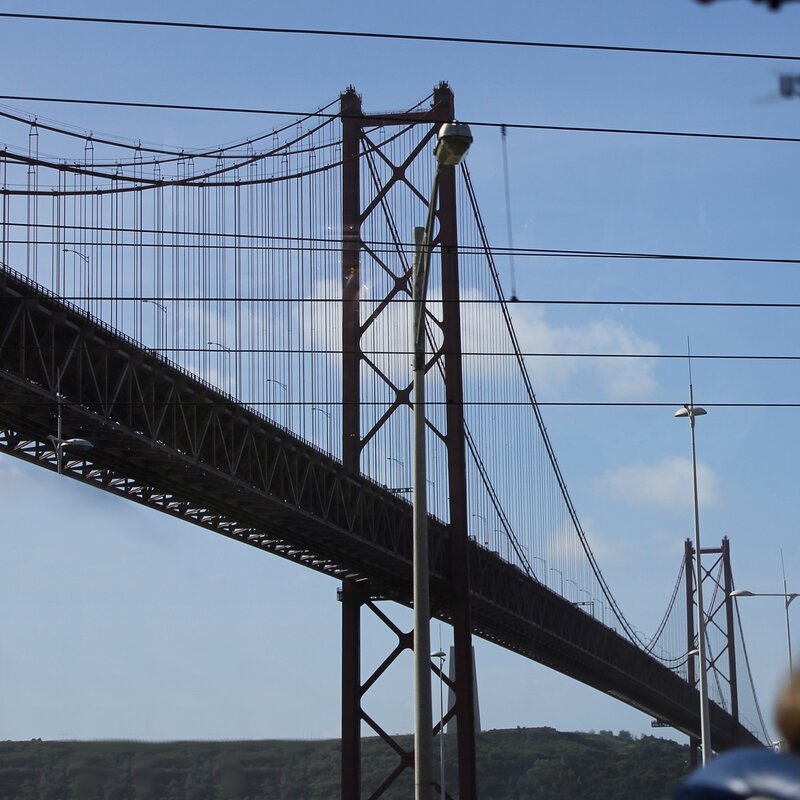 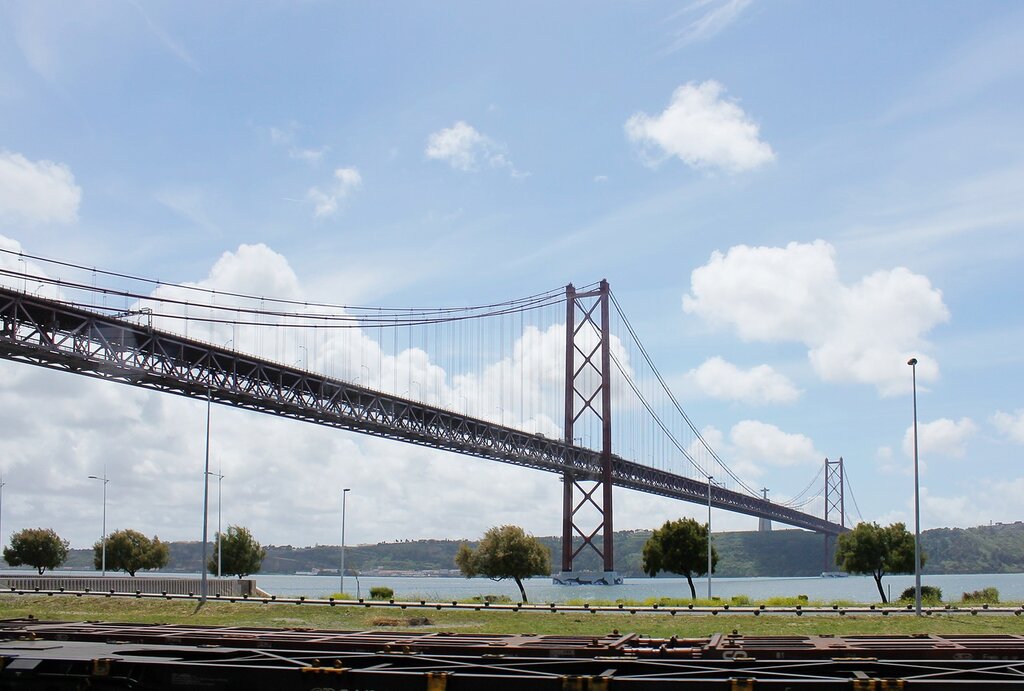