About half an hour after disembarking from the ferry to Casillas, I slowly reached the Park, which stretches at the foot of the most famous monument of Portugal, Cristo Rei, or "Christ the king" in Portuguese. History this magnificent structure began in 1934, when the Portuguese cardinal M. Cerejeira visited Rio de Janeiro. The giant statue of Christ with his arms outstretched in the form of a cross made an indelible impression on the Patriarch. In April 1940, the Council of bishops gathered in Fatima, where there was a convincing reason for the construction, the Patriarch proposed to build a Grand monument, as an appeal to God with a request to protect the people of Portugal from the World war. 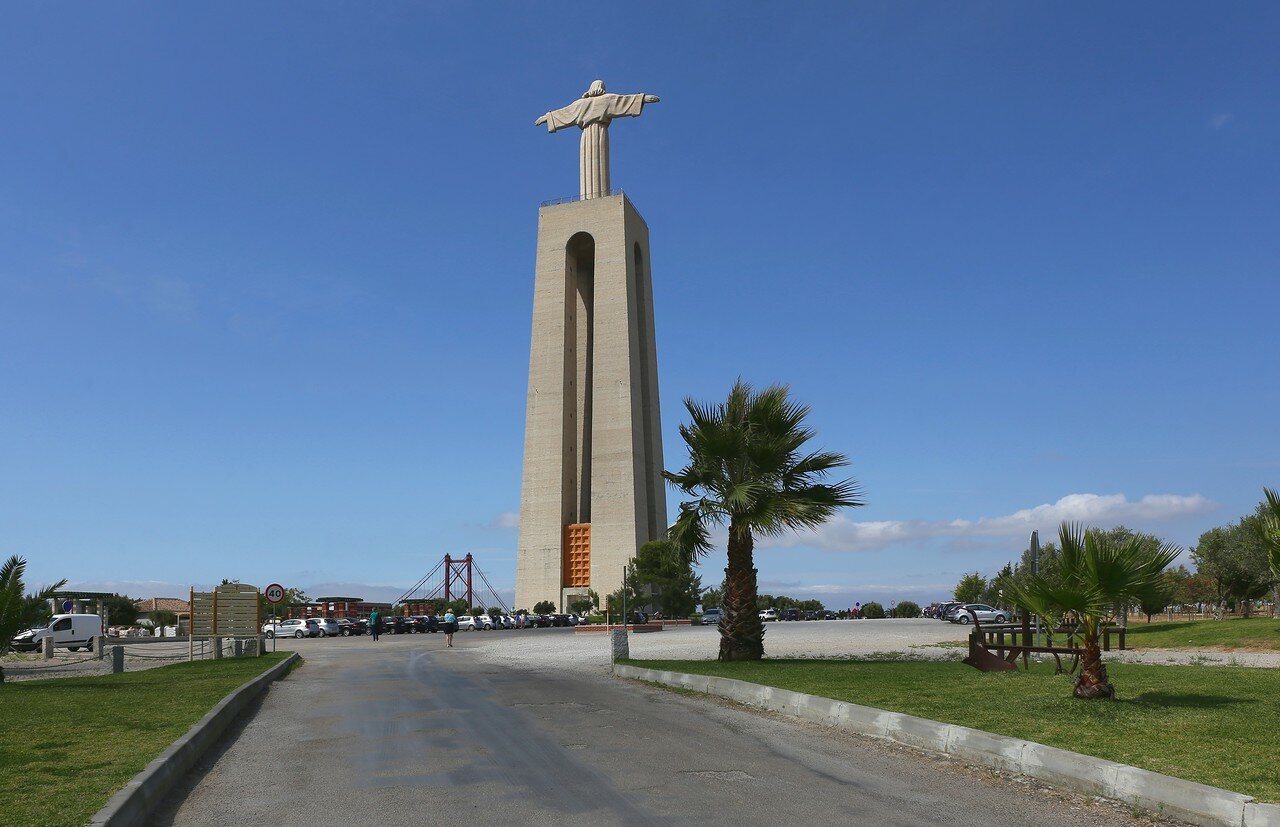 With the help of God or not, but Portugal managed to maintain neutrality and avoid participation in the massacre, but the construction of the monument had to wait for economic reasons. It is widely known legend that the funds for the construction were allegedly collected by women of Portugal, whose sons and husbands escaped death on the fields of war, but official sources do not confirm this. Construction was carried out at the expense of the Catholic Church and donations of the international society of Apostolic prayers. Place for the monument was allocated in 1941, the first stone was laid only in 1949, and the official opening of the monument took place on may 17, 1959. But even after this work continued until almost the end of the twentieth century. 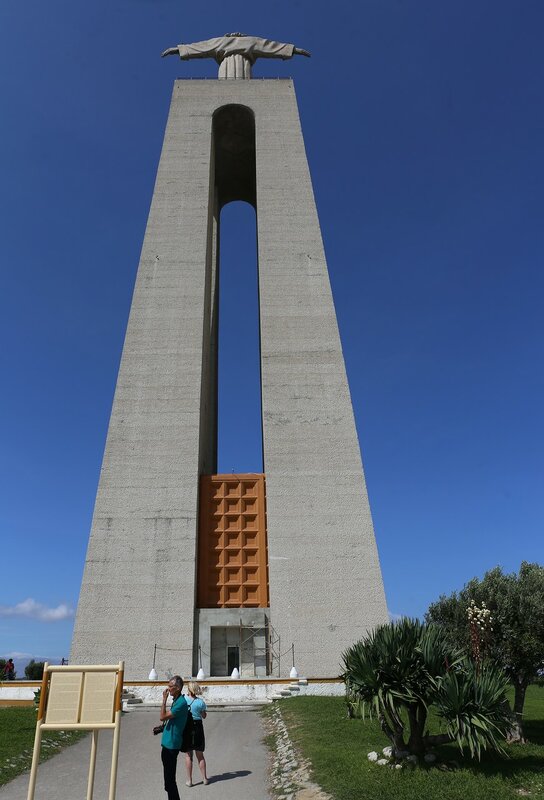 The pedestal in the form of four arches has a height of 83 meters, the project was developed by architect António Lino. Columns holding arches, hollow, inside one of them is mounted a elevator. 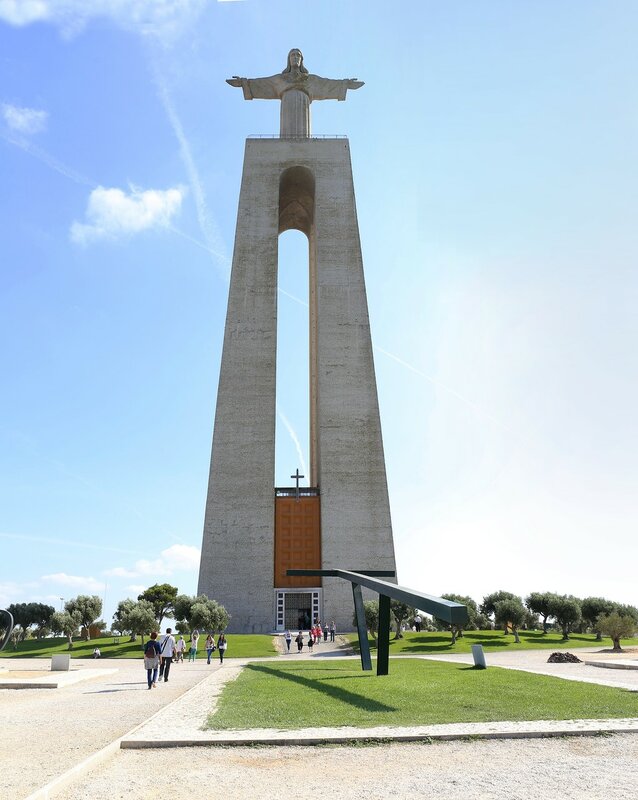 The height of the statue is 28 meters, it is the work of the sculptor Francisco Franco de Sousa. 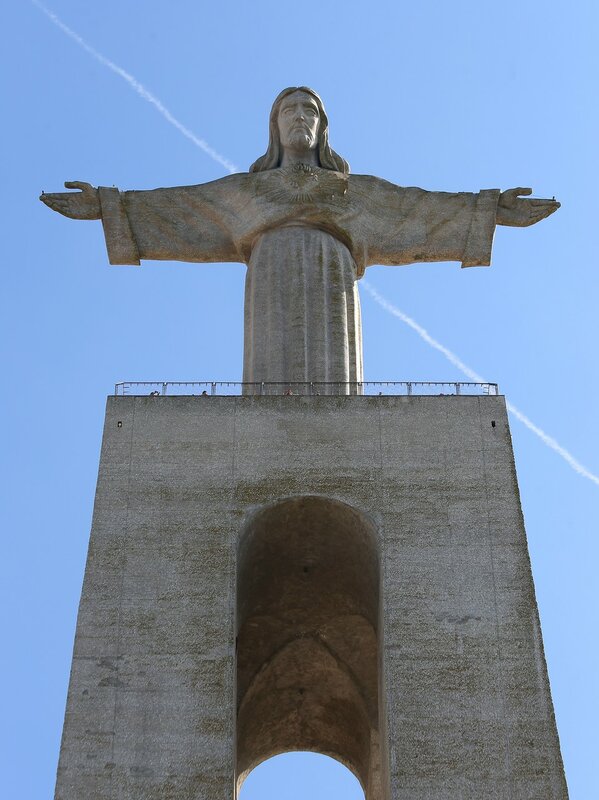 Christ spread his hands over the river Tagus and the city at 24 meters. 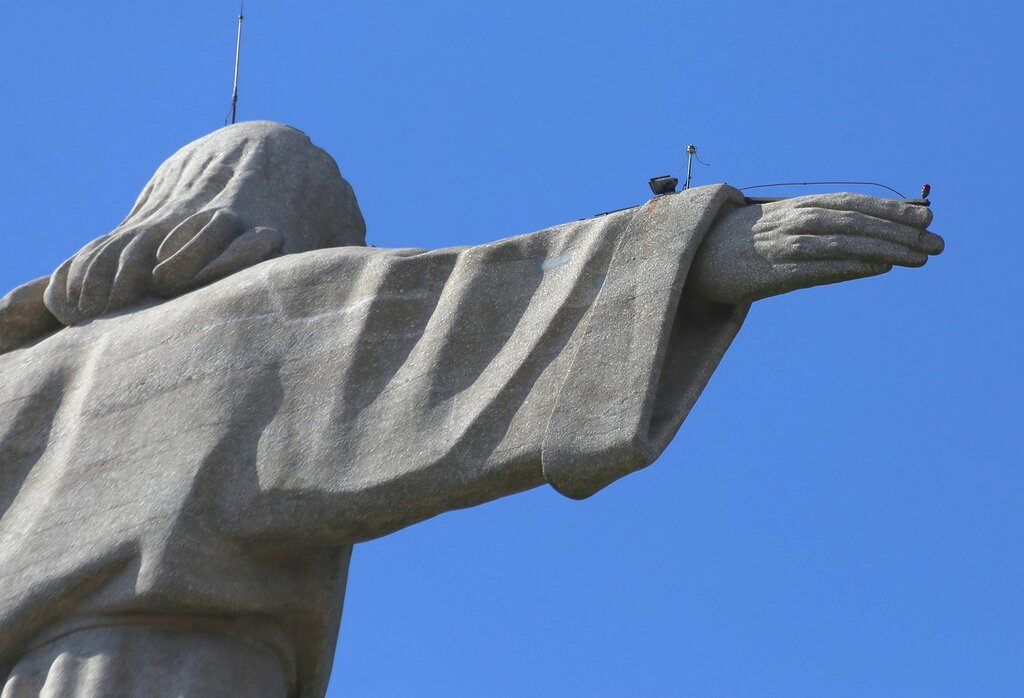 At the foot of the statue, at an altitude of 113 meters above sea level, a viewing platform. 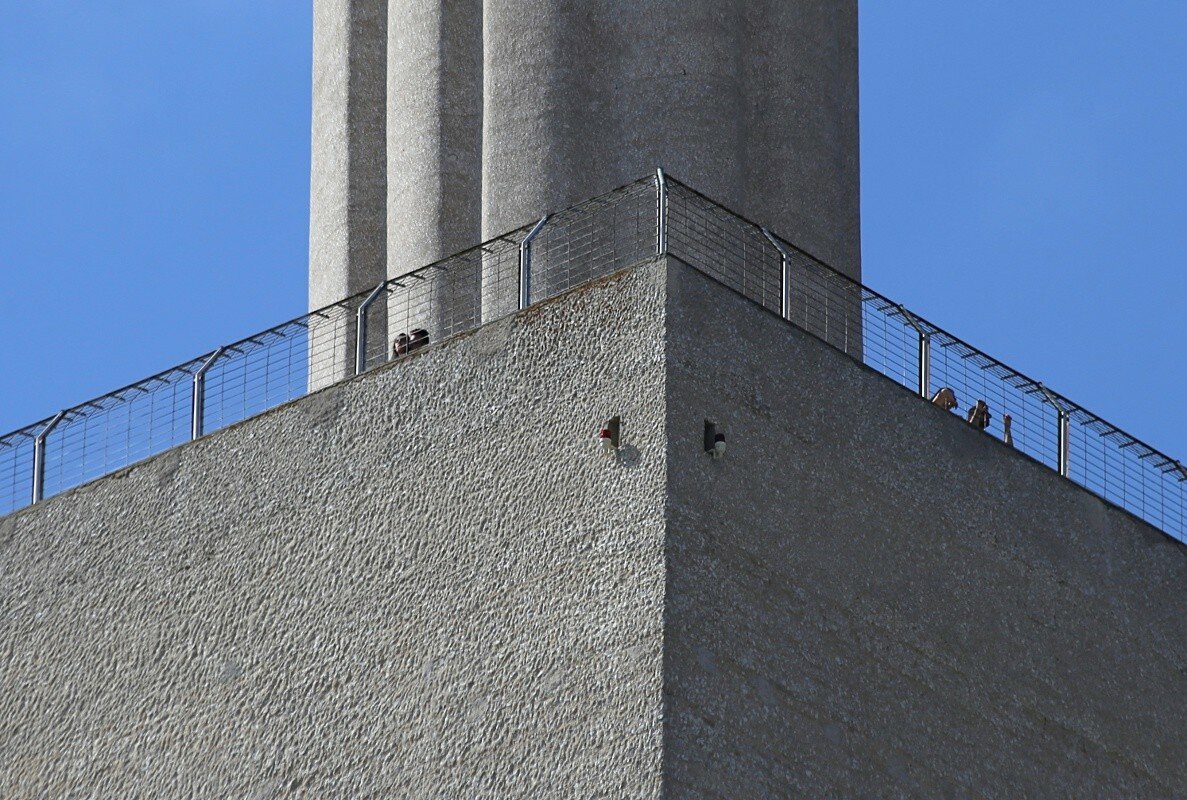