Getting to know the city usually starts from the train station, which is located three hundred meters from the central square of Sorrento, Piazza Torguato Tasso. 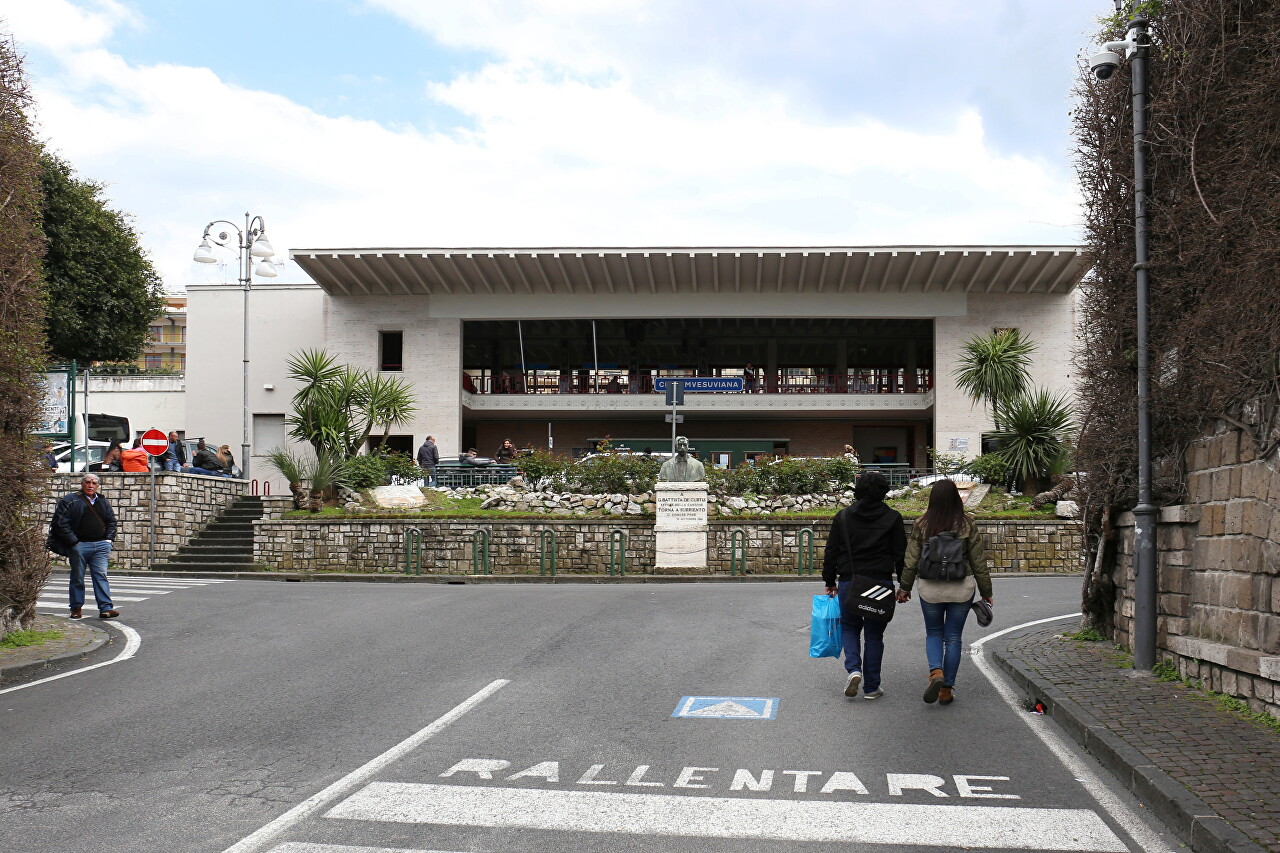 There is no need to look for a tourist information office in Sorrento, it is located right at the station, in an old trailer. Unfortunately, I did not pay attention to it immediately and had to look for this institution in the city center. I want to add that today was Pasquetta, but the tourist information worked, which, in general, is not typical for Southern Italy. For example, in Naples, the tourist office in Piazza Gesu Nuovo was closed for the entire Easter week. 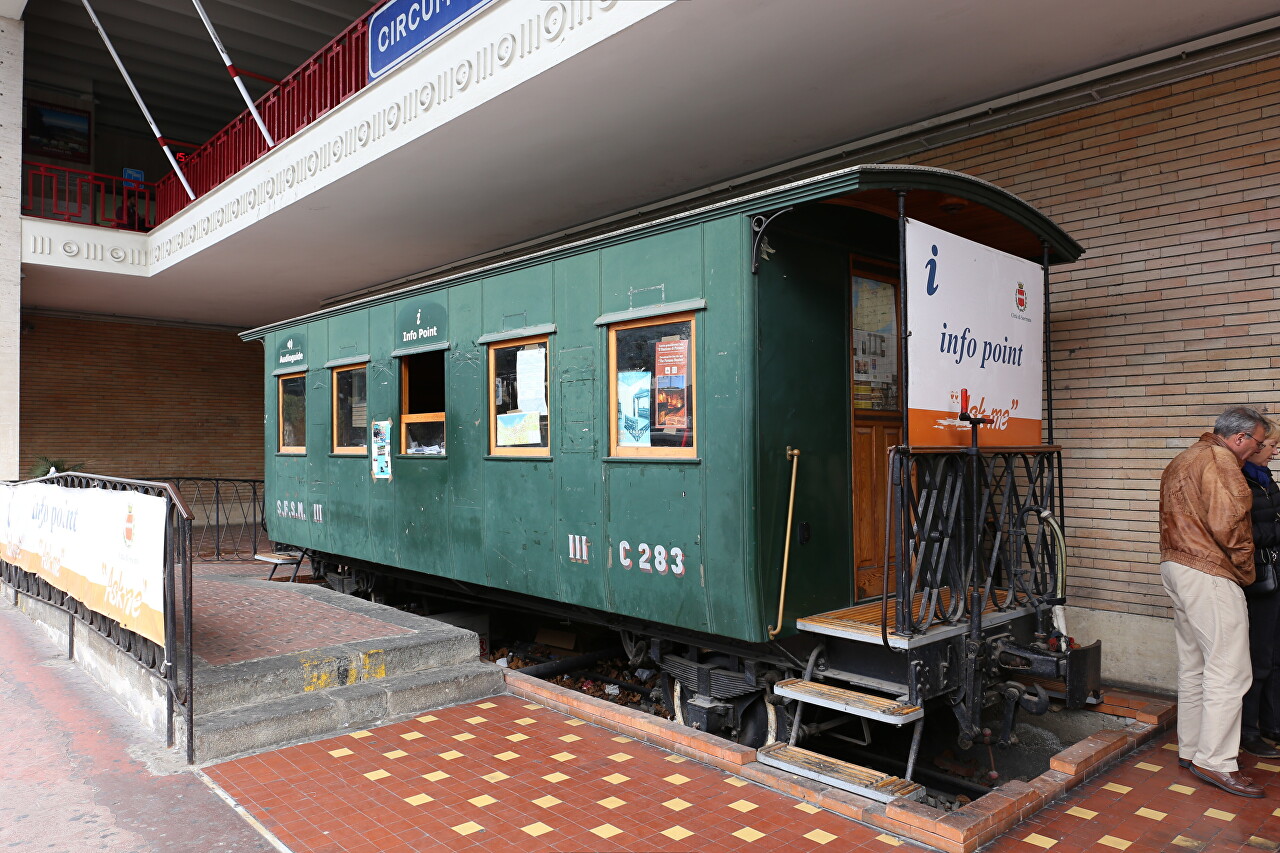 After leaving the station building, you will see in front of you a large green square of Giovanni Battista de Curtis, beyond which passes the main street of Sorrento, Corso Italia, to get to the center, you should go to the right (to the west), but I recommend that you first go to the right side to visit a lemonade shop and several beautiful churches. 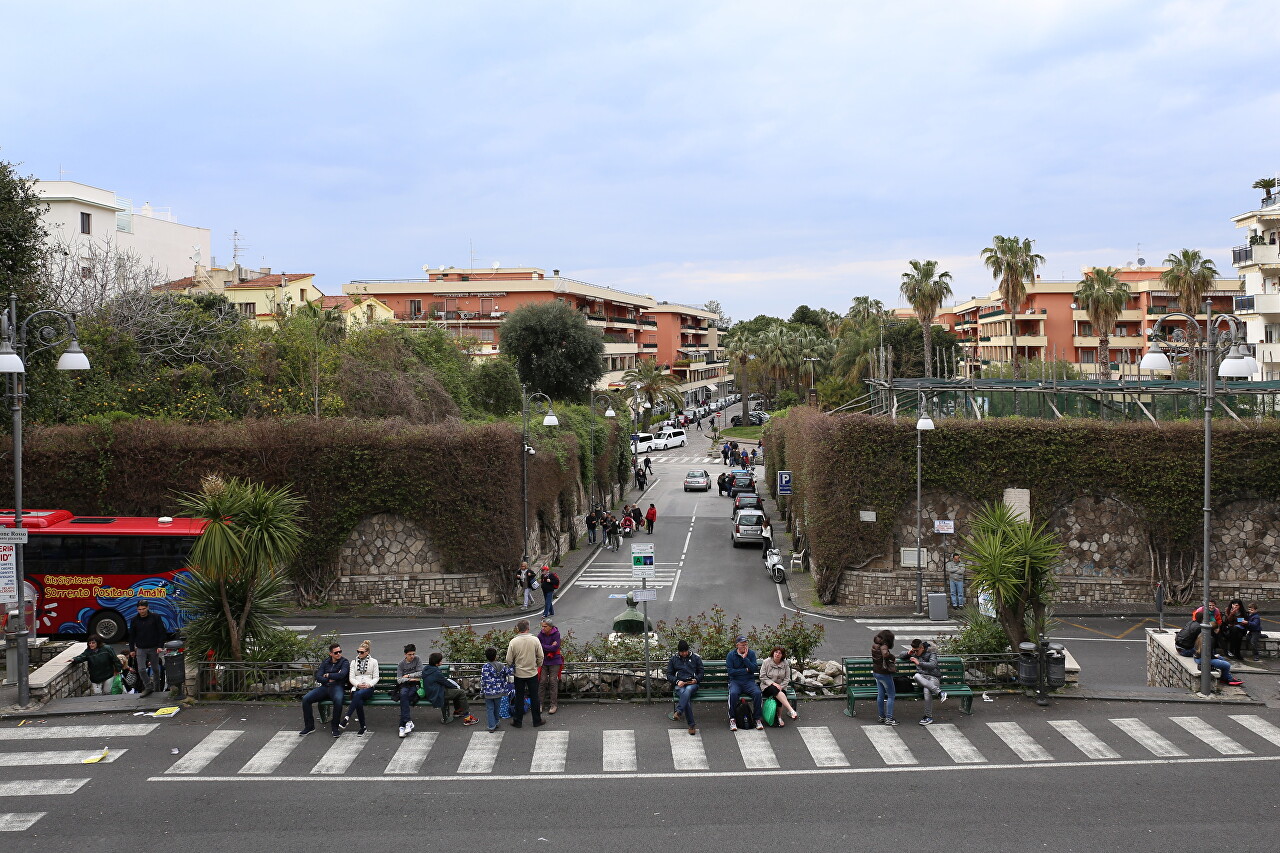 In front of the station building, a monument was erected in 1982 to the artist and poet Giovanni Battista de Curtis (also known as Giambattista de Curtis), the author of the words to the famous song Turn a Surrento (Return to Sorrento), the music for which was written by his brother Ernesto. According to local legend, the song was written on September 14, 1902, during a visit to Sorrento by the Italian Prime Minister. The mayor of the city asked the official to open a post office in Sorrento, and so that he would not forget about this, he asked his friend Giovanni to write a song. The next day, the Prime Minister's departure was accompanied by the song Turn a Surrento performed by local musicians. Eventually, a post office was opened in the city, the song became popular all over the world and was translated into several languages, the square where it was first performed was named after the author of the poems, and the street leading from the station to Corso Italia was named after the author of the music, Ernesto de Curtis. 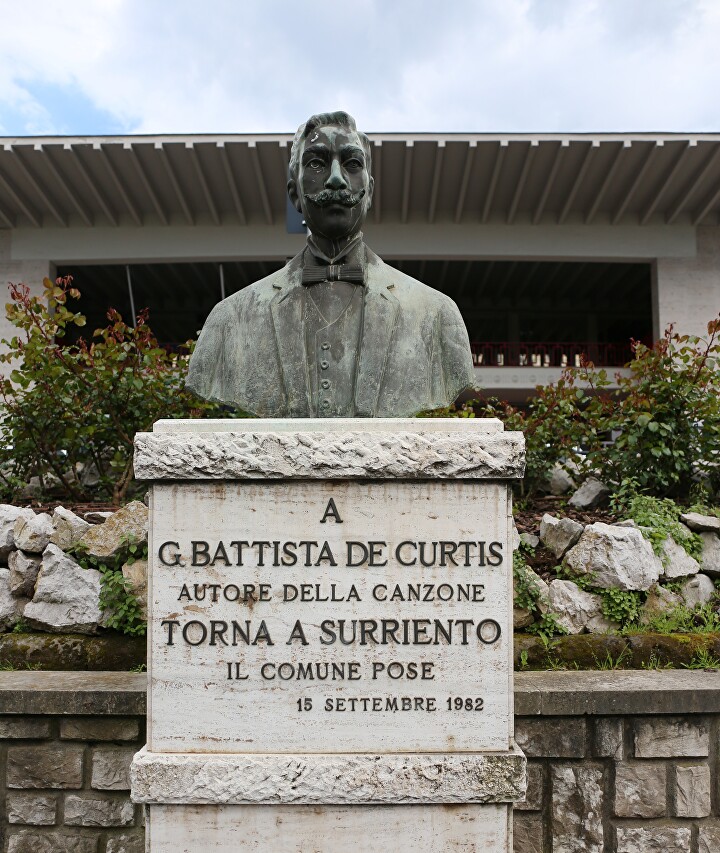