Antonino Cacciottolo was born in 555 into a family of farmers, was orphaned early and was accepted into a Benedictine monastery, becoming a monk, sought hermitage and founded a hermitage on Monte Aureo, which eventually became a place of pilgrimage from nearby Sorrento. In 618, the inhabitants of Sorrento invited Anthony to the Benedictine monastery of Sant'Agrippino, where he soon became abbot. Since then, the fame of the miracles he performed has gone, in particular, the liberation of the surroundings of Sorrento from droughts. The abbot died on February 14, 625, the coffin with the body was placed in the city wall. In the 9th century, a chapel (oratory) was built in his honor, where his relics were placed. At the same time, another miracle happened - in the process of extracting the remains of the abbot from the burial place, a stone hit one of the workers in the head, depriving him of sight, but after placing the remains in the oratory, vision returned to the victim. Anthony of Sorrento was canonized and became the patron saint of the city, and the day of his death, February 14, is celebrated annually with a solemn procession. In the 11th century, a grandiose Romanesque basilica was erected on the site of the oratory, stones and marble slabs from destroyed pagan temples were used in the construction. In 1668 the facade was rebuilt and a bell tower appeared, in the 18th century the interiors were decorated in the Baroque style. The church is located in St. Anthony's Square, a block north of the western end of Tasso Square. 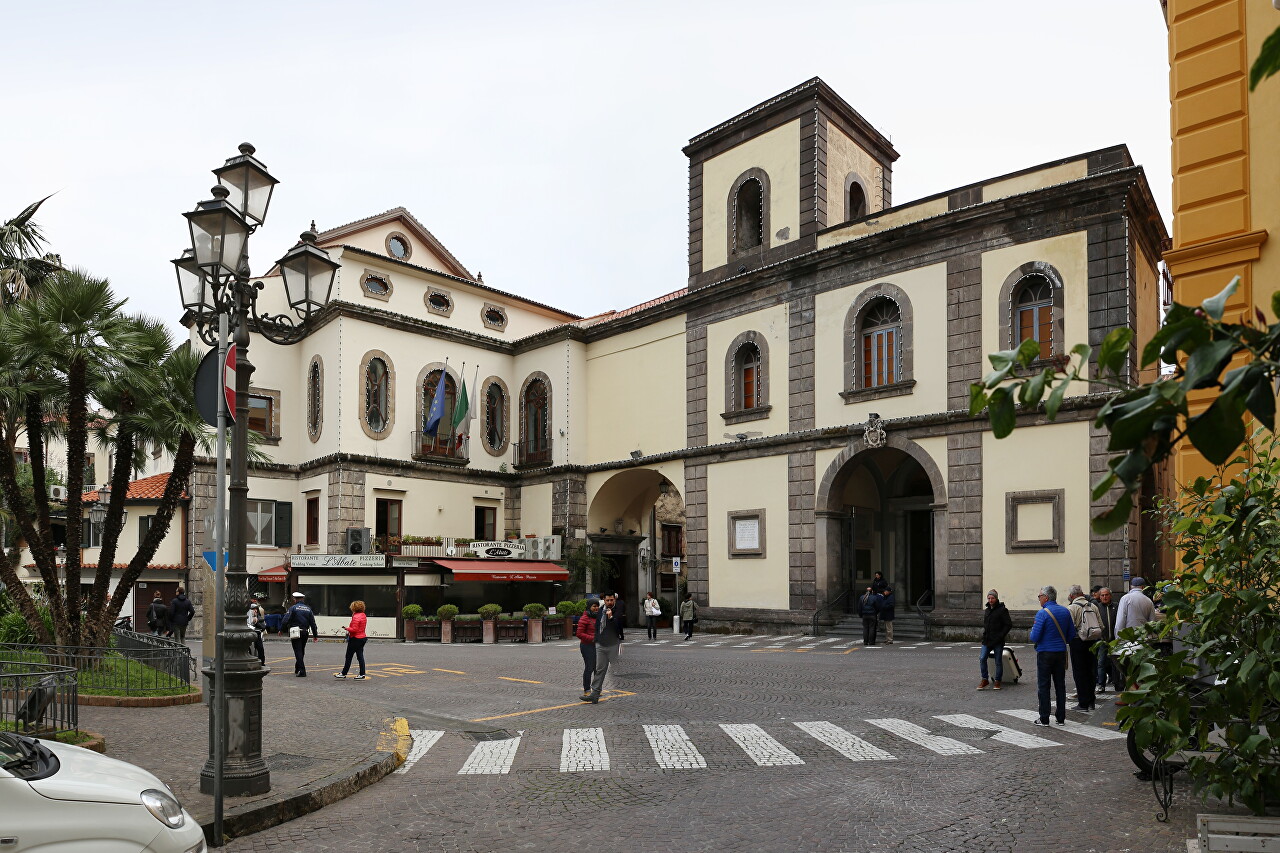 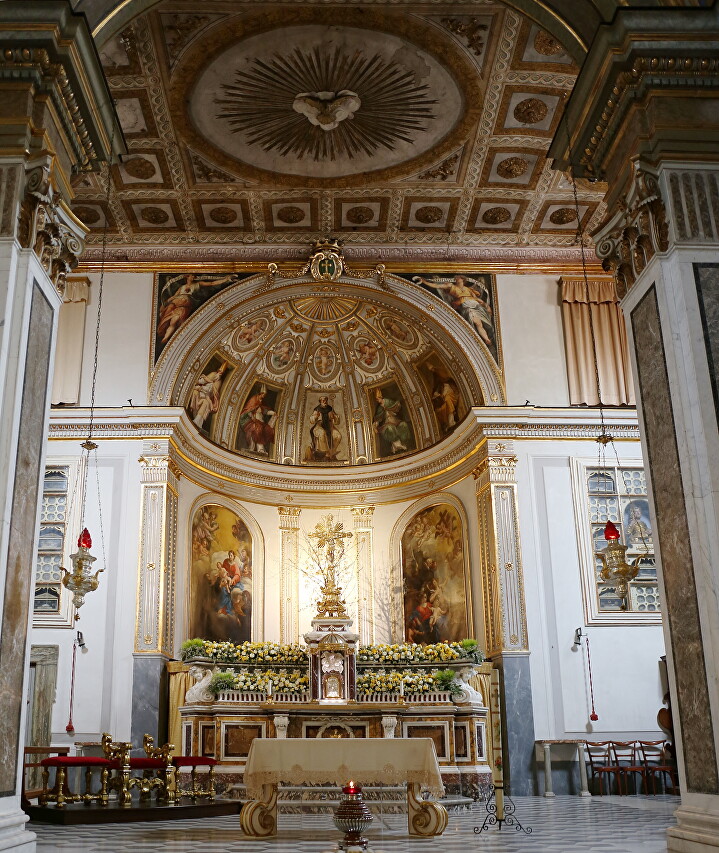 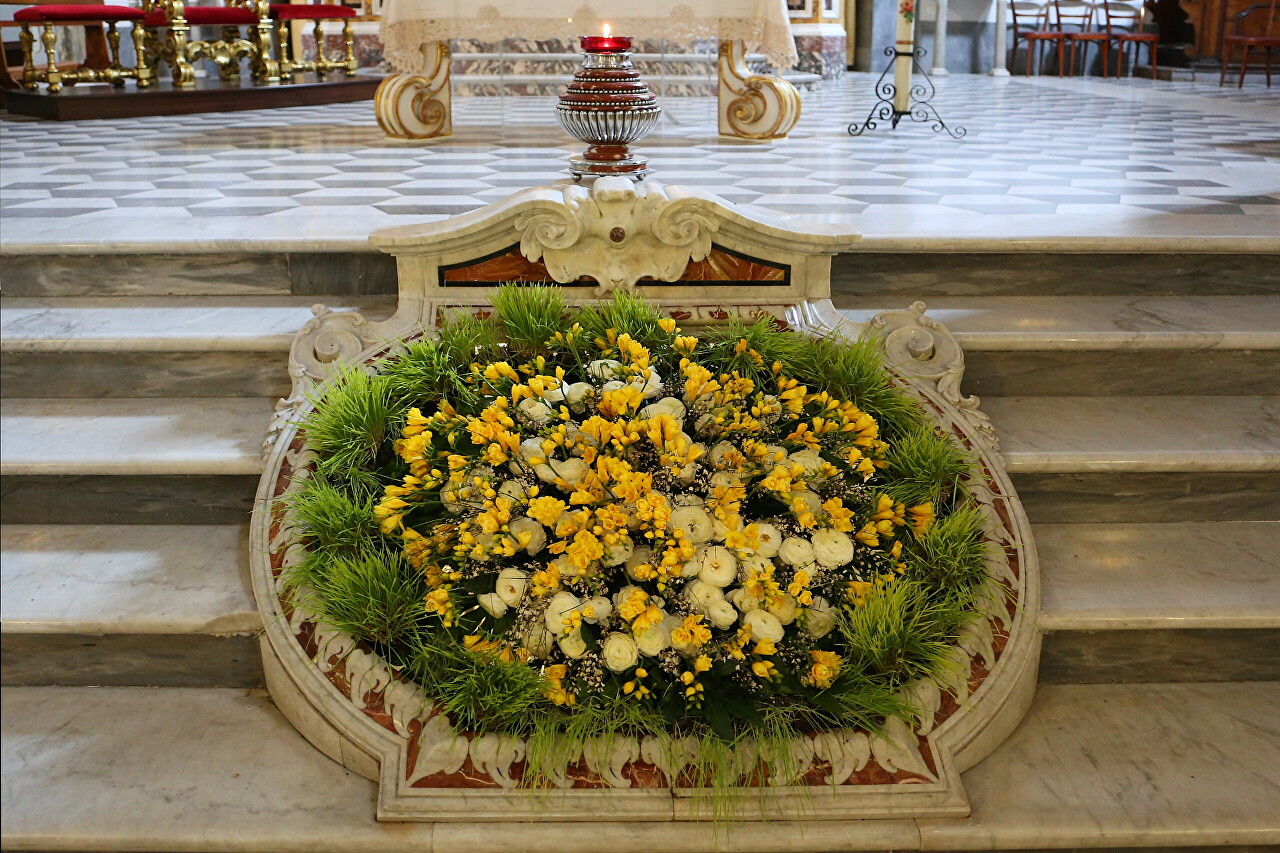 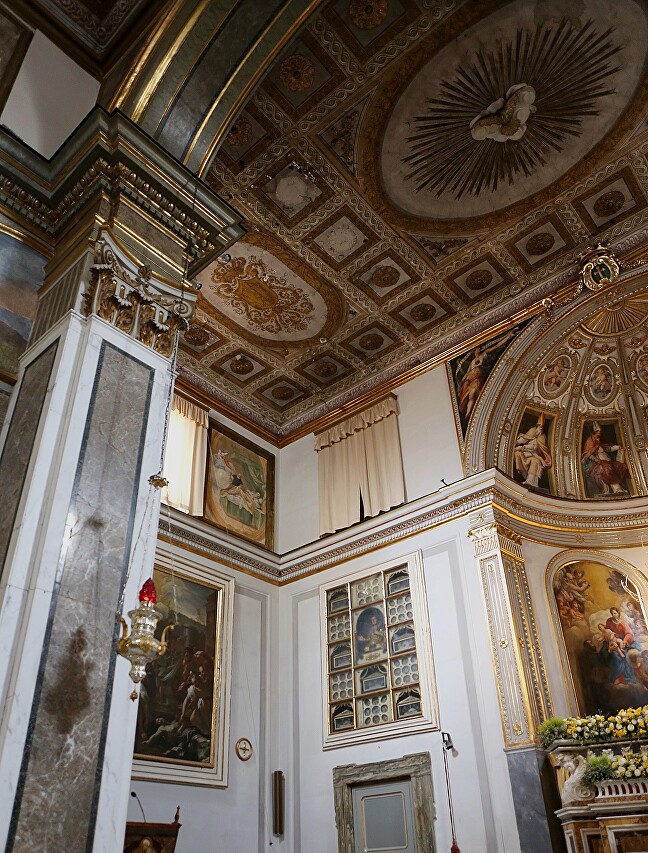 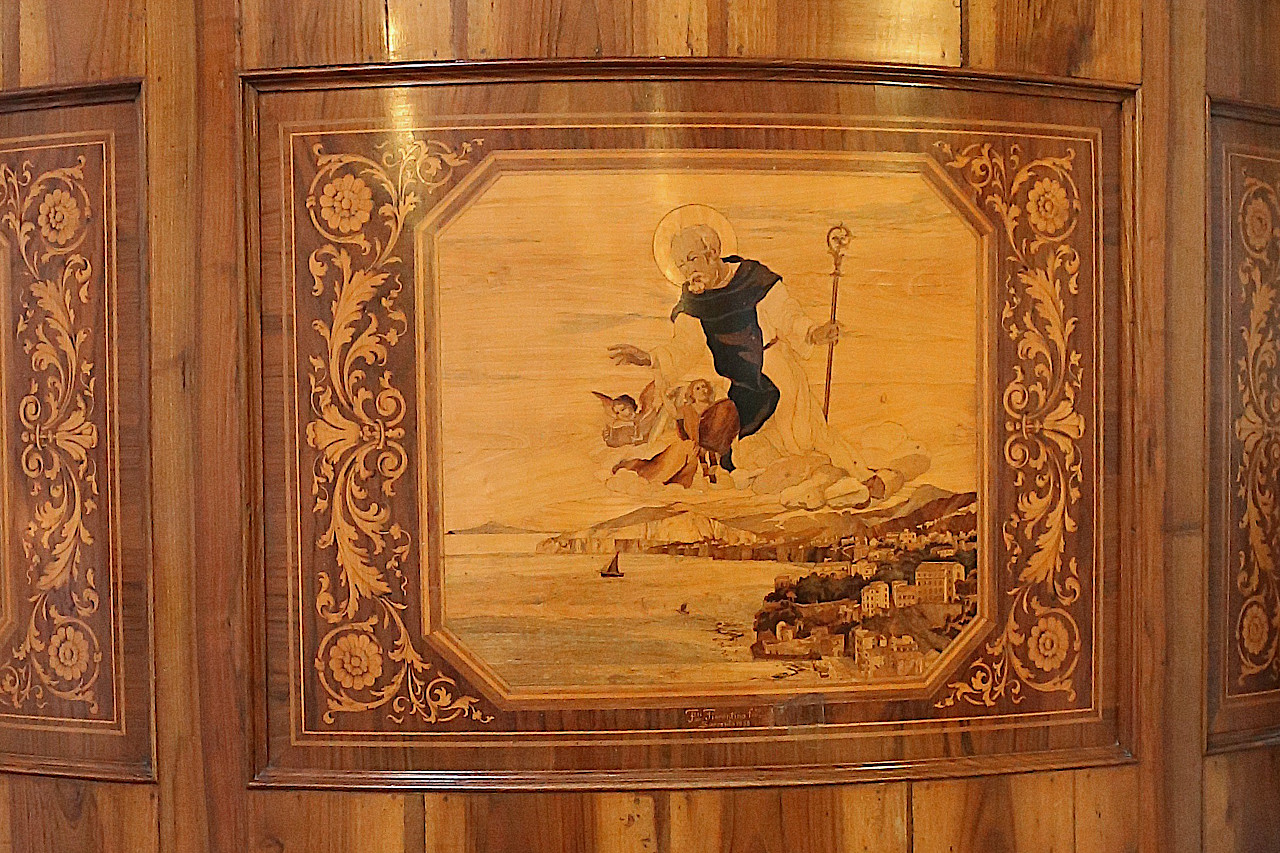 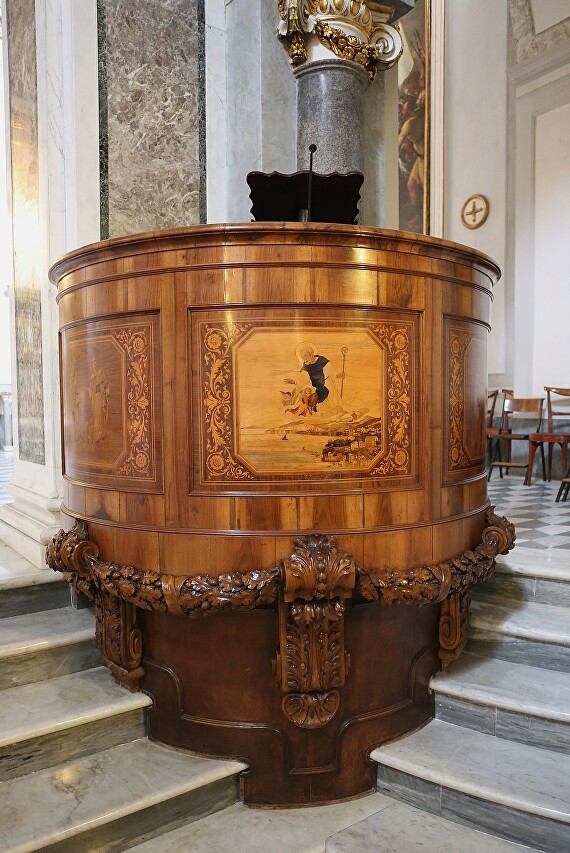 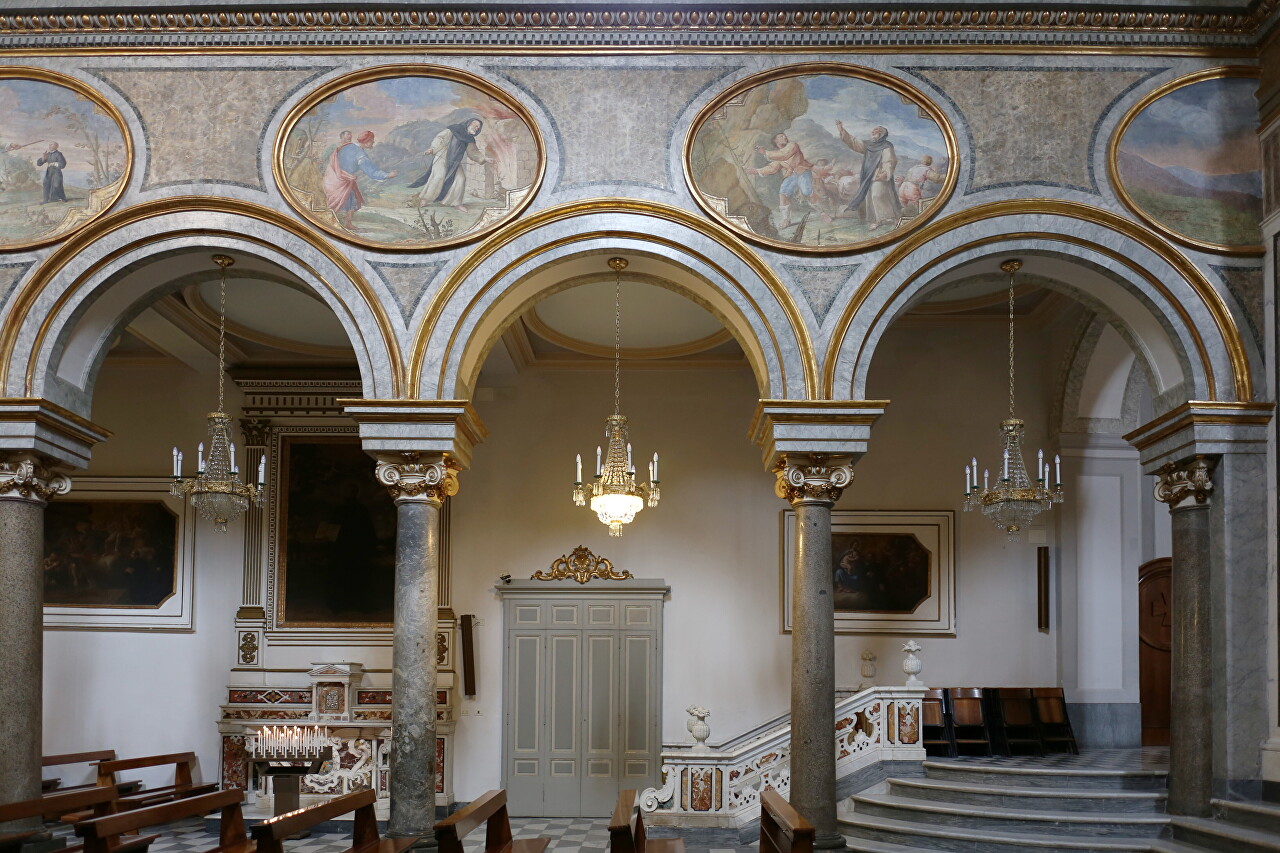 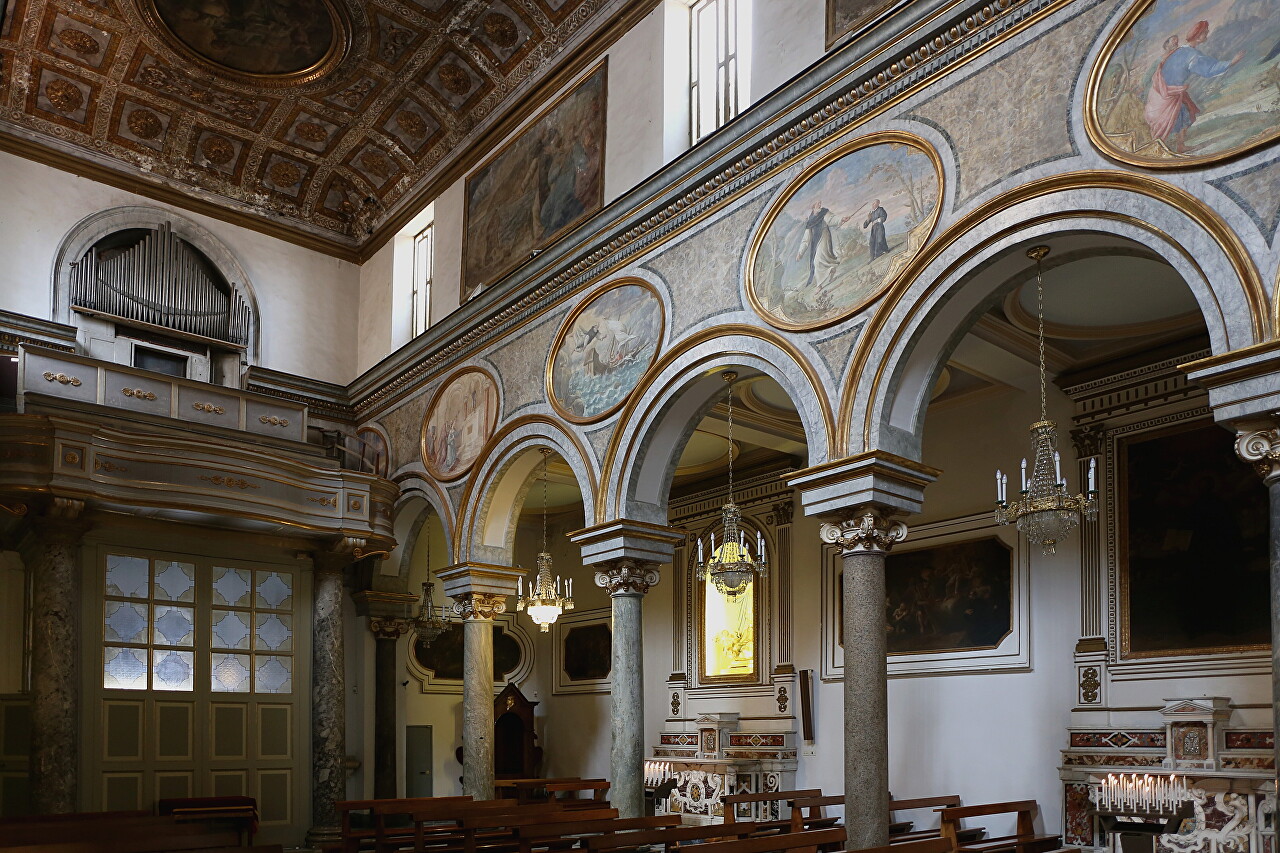 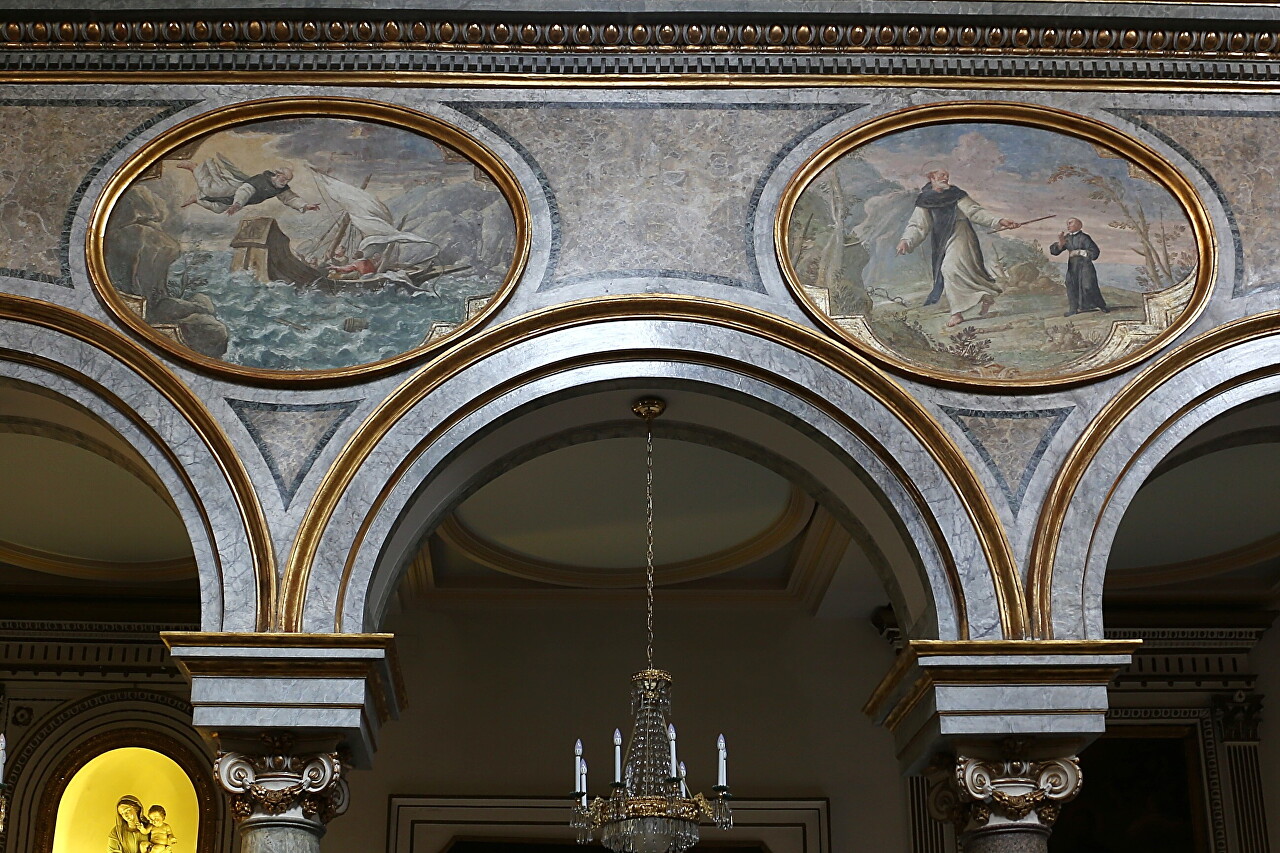 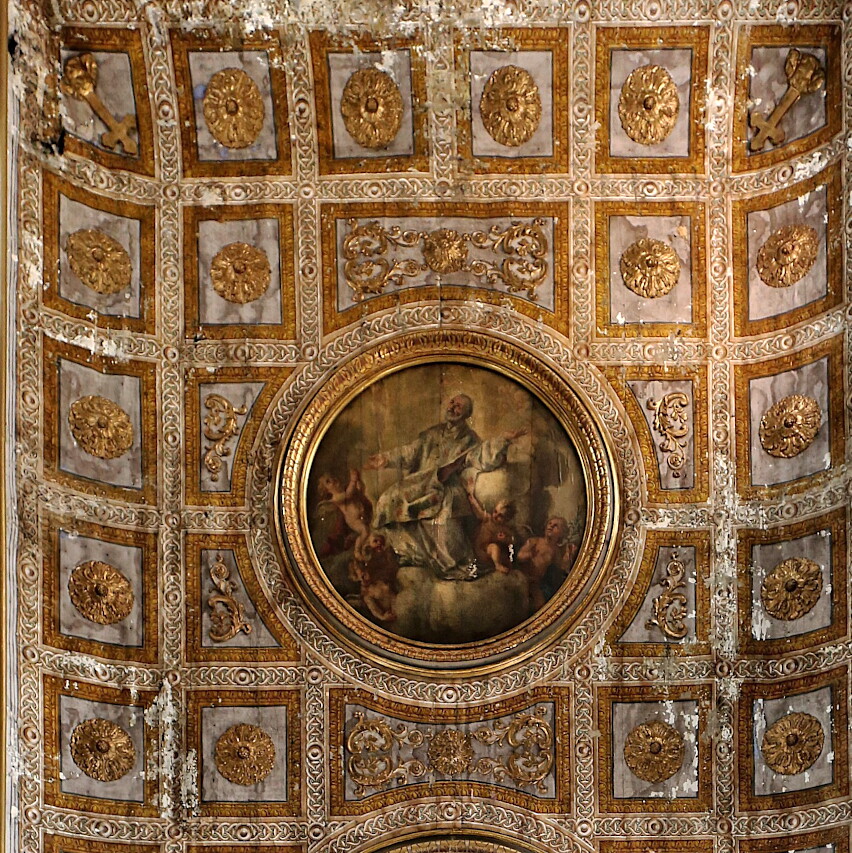 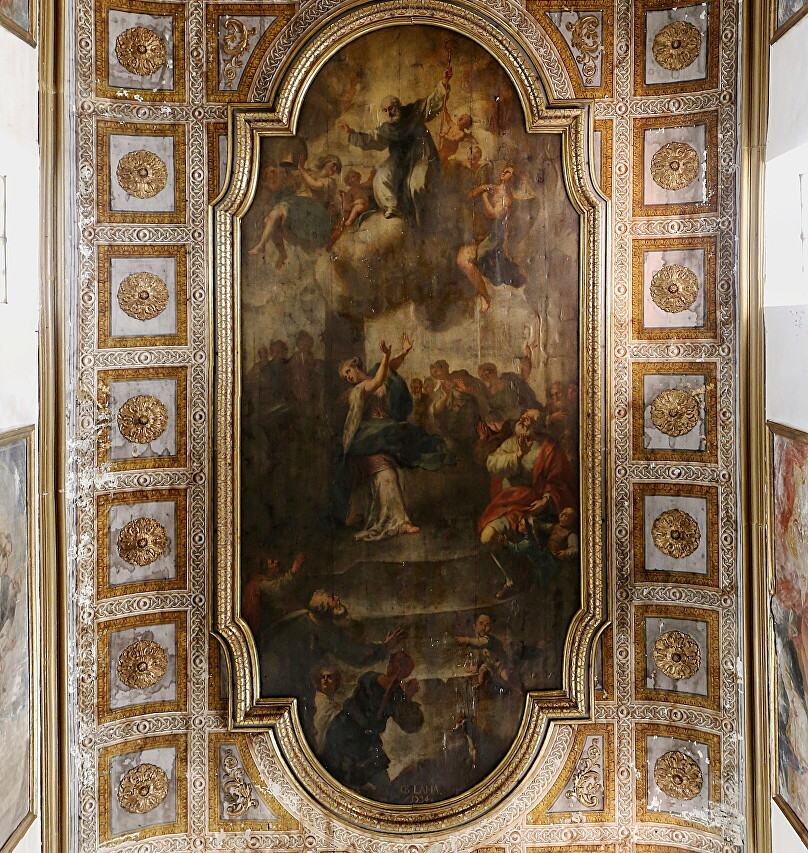 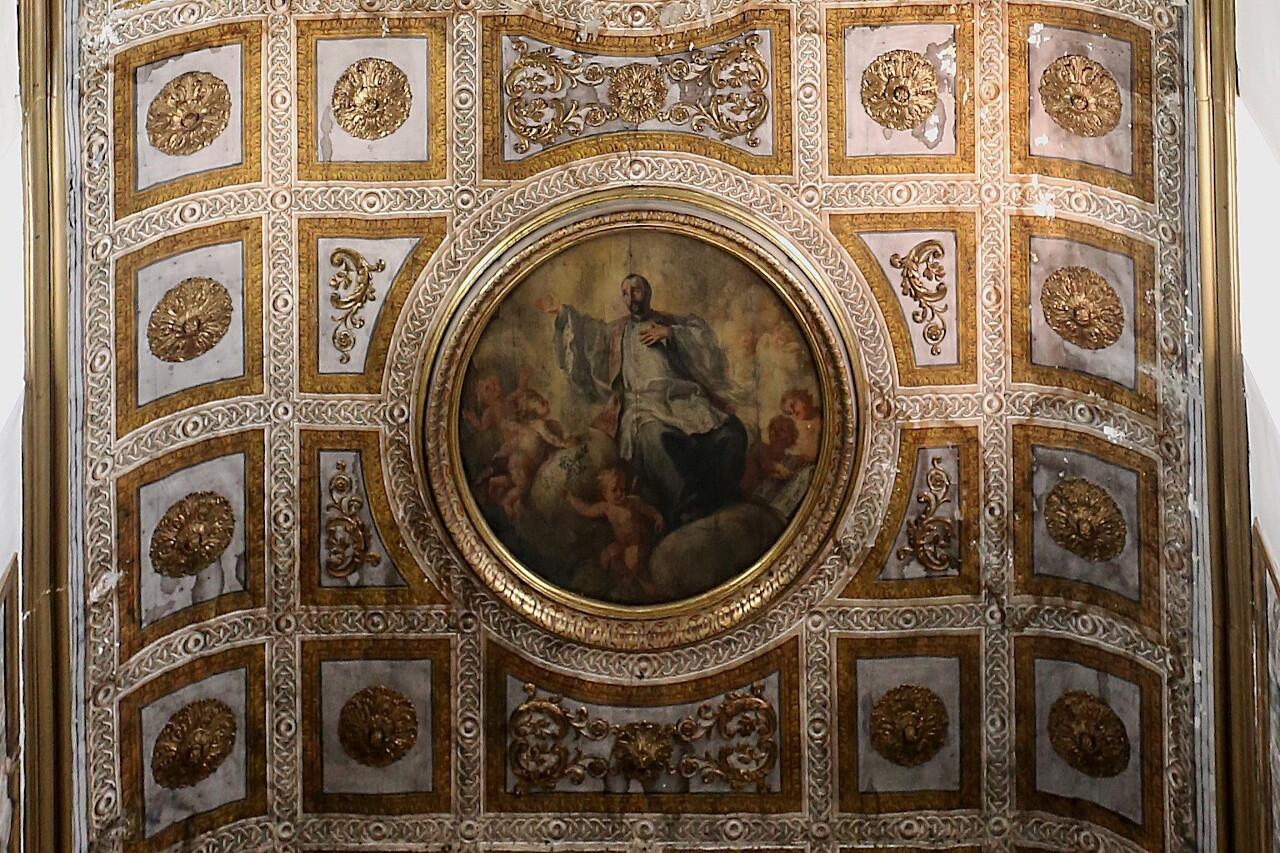 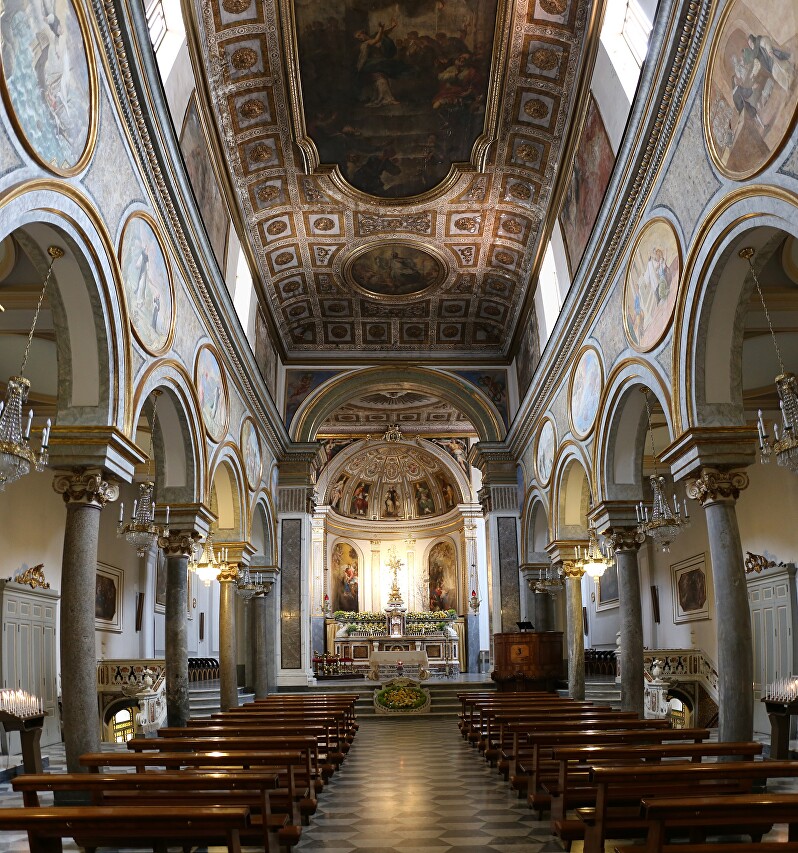