Yesterday's funicular station opens to the main square of the island, named after Umberto I, but more often we call it simply Piazzetta (La Piazzetta, "little square" on the map). Here is the universally recognized symbol of Capri-the clock tower (Torre Dell'orologio). 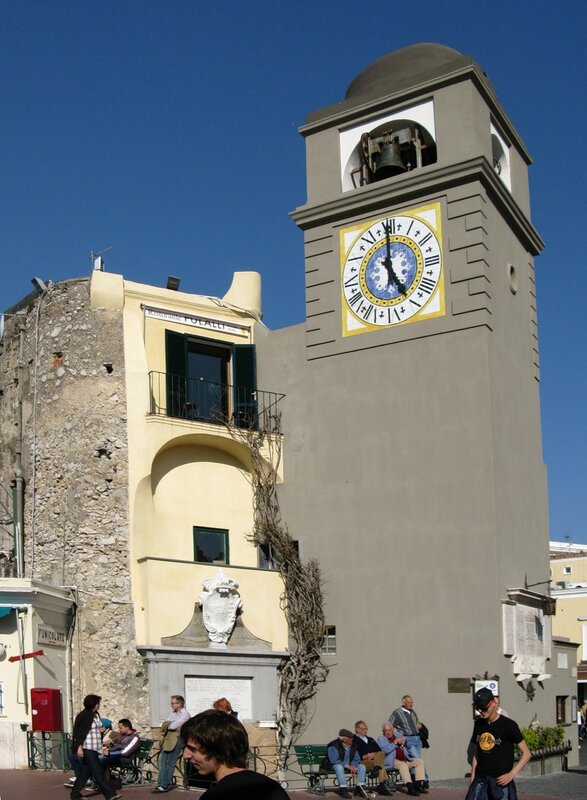 The square is surrounded by many cafes and restaurants, it is always busy, so the square is sometimes called "the living room of the whole world". Here, an ordinary tourist can easily see a world celebrity at the next table. 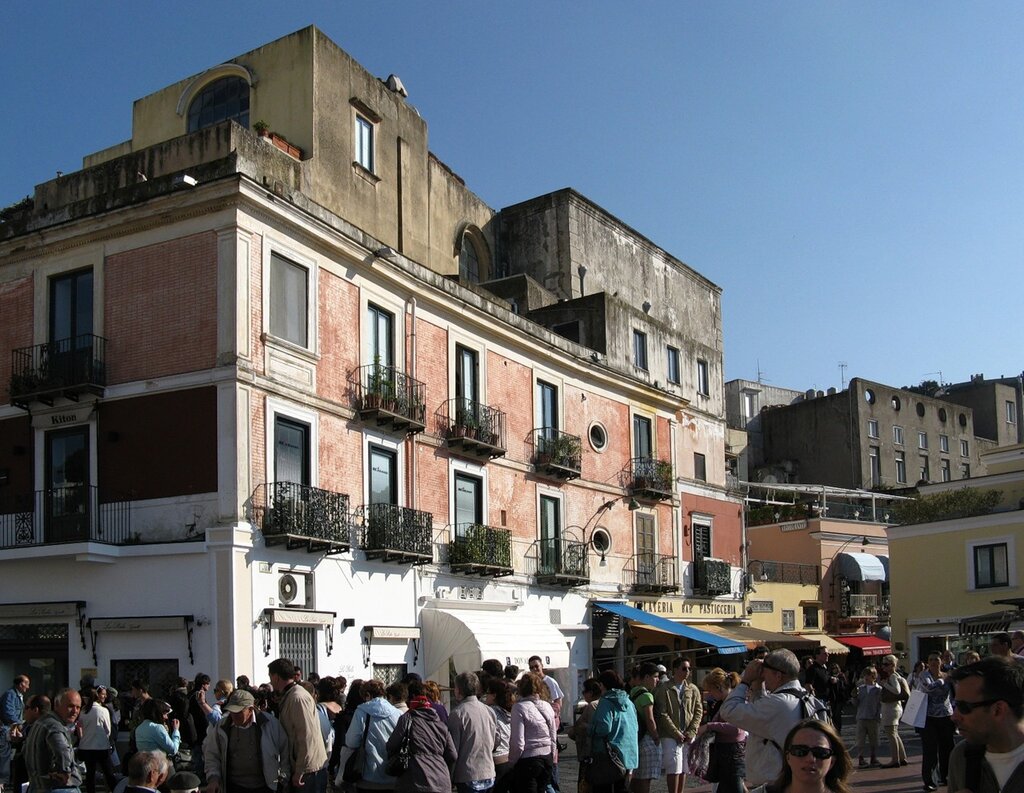 The square faces the corner of the snow-white Church of St. Stephen (chiesa di Santo Stefano), built in the late 17th century. 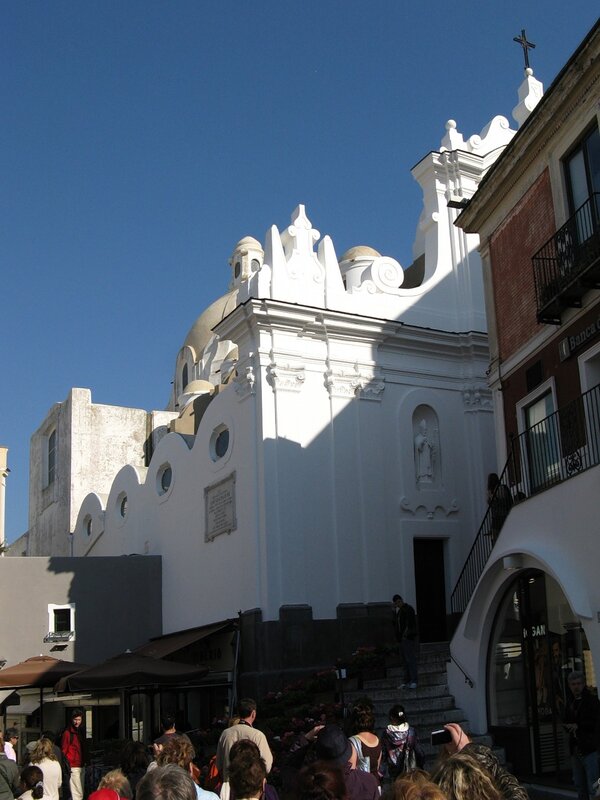 The Church was built at the expense of the rich Arcucci family, and is used as a family tomb. The temple project was commissioned by the famous Neapolitan architect Francesco Antonio Picchiati. 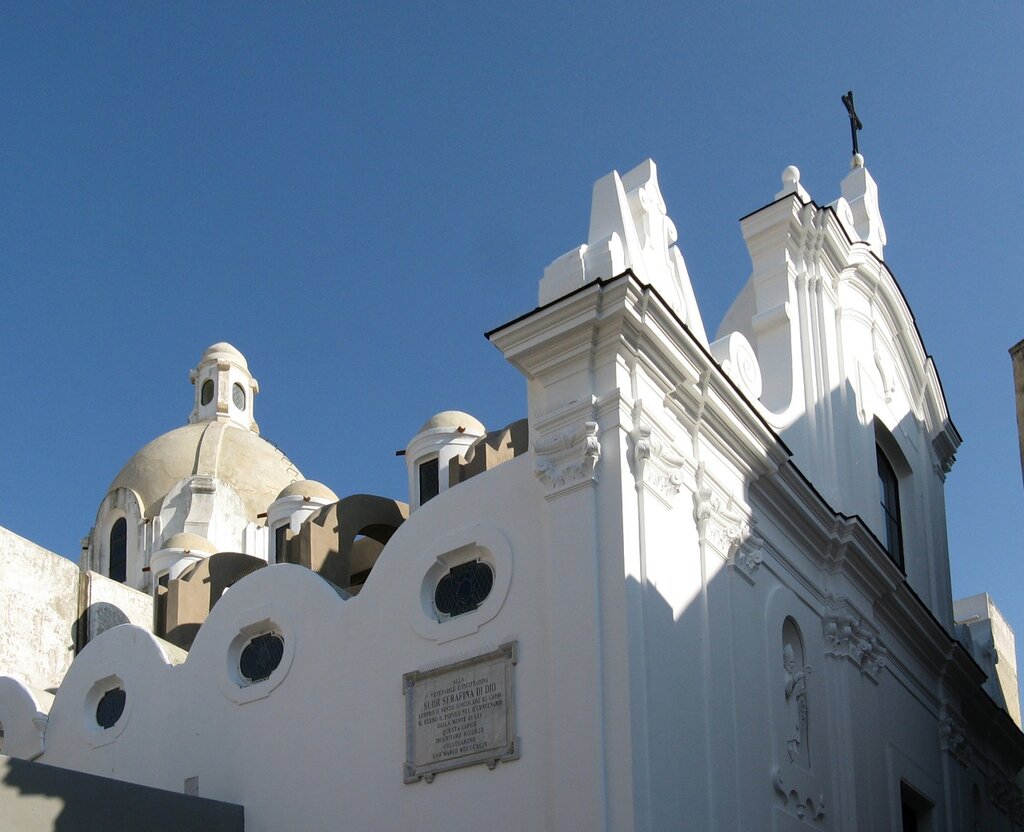 To the left of the Church begins the shopping street of Victor Emanuele (Via Vittorio Emanuele), whose shops are famous for their refined assortment. The prices also leave an indelible impression, and are comparable only with those of Venice.

On the wall of one of the boutiques, you can see a ceramic panel-a novodel in an antique style. 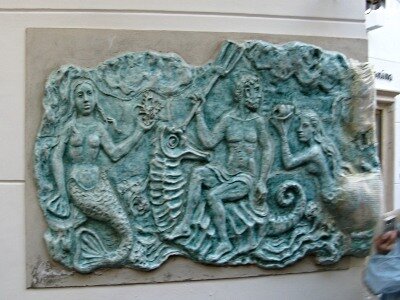 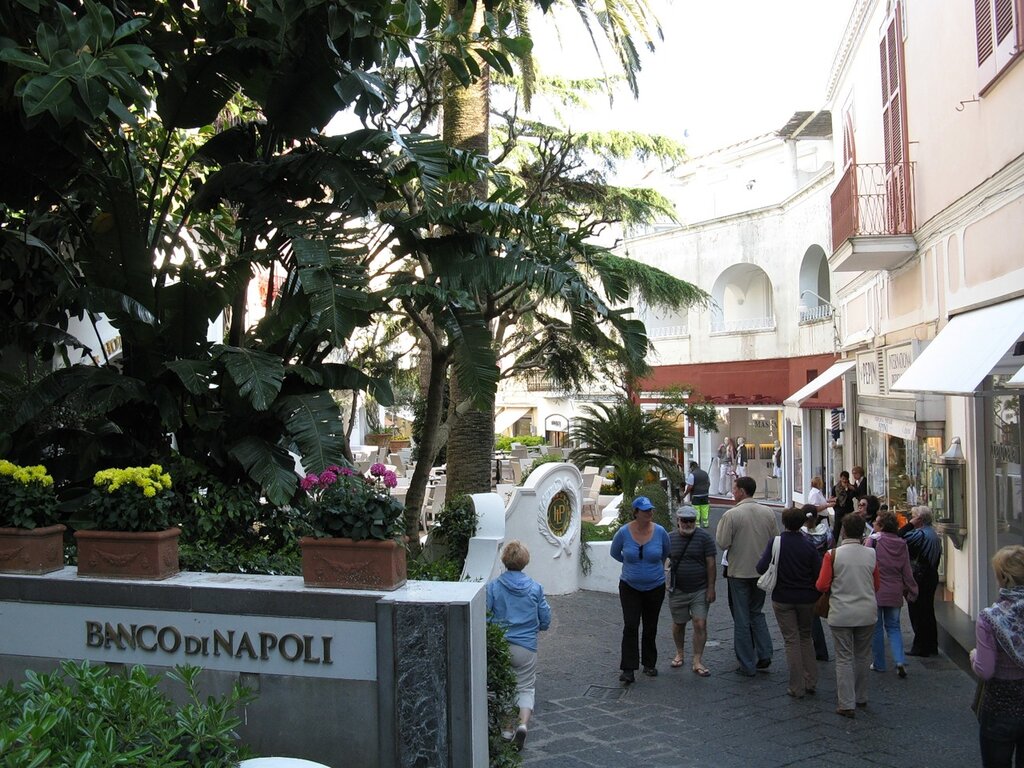 Only special electric vehicles for various purposes, including police vehicles, can move through the streets of the old city. 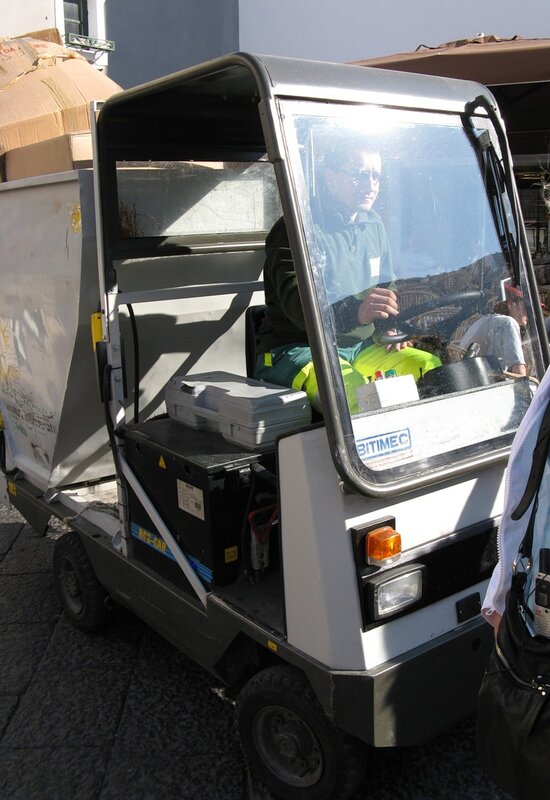 The same electric cars are used to transport tourists ' Luggage from the Harbor to numerous hotels in this part of the island. 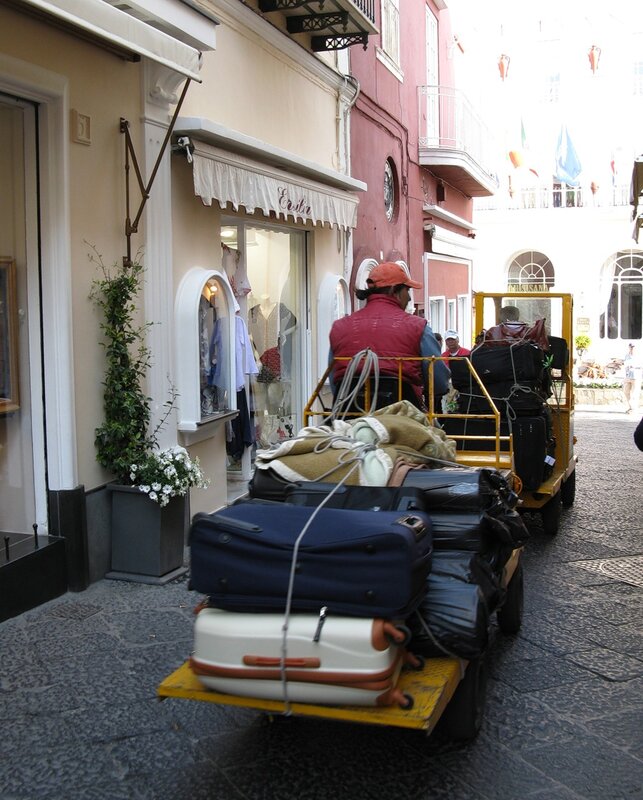 The fashionable Grand Hotel Quisisana is considered one of the best in Italy, and has more than 150 De Luxe rooms. 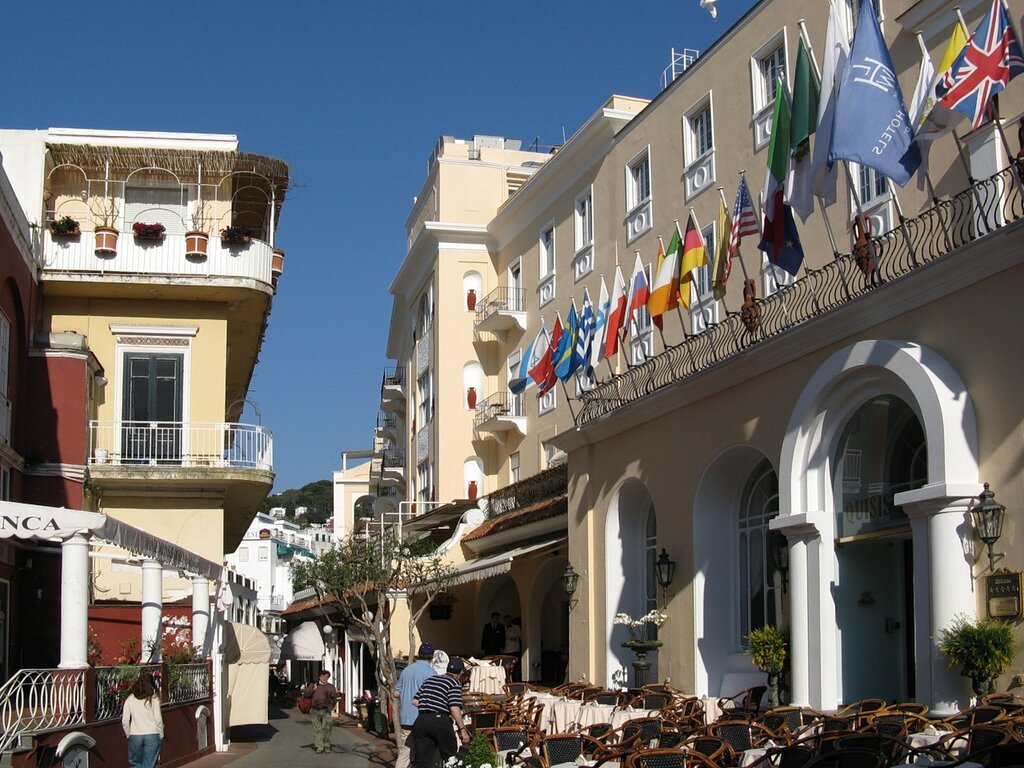 The hotel is famous for its SPA and Wellness programs. 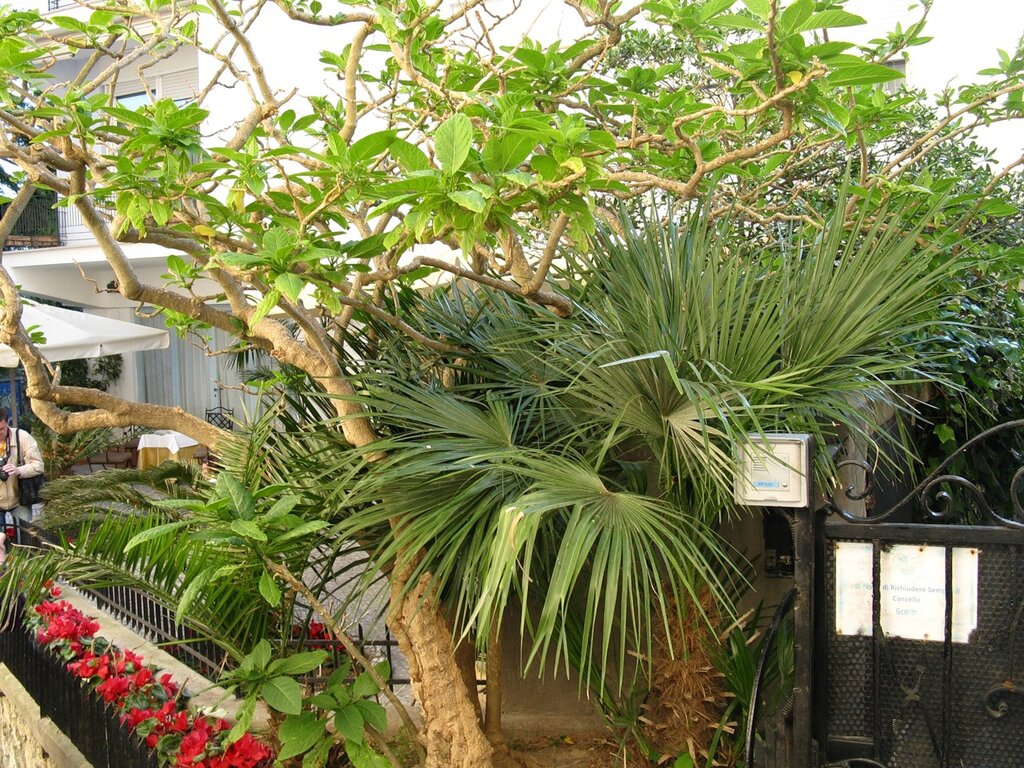 The next street is Sereno Federico (Via Federico Serena). The street is named after the mayor of the island of the late 19th - early 20th century, during which Capri became a world-famous prestigious resort and the home of celebrities. 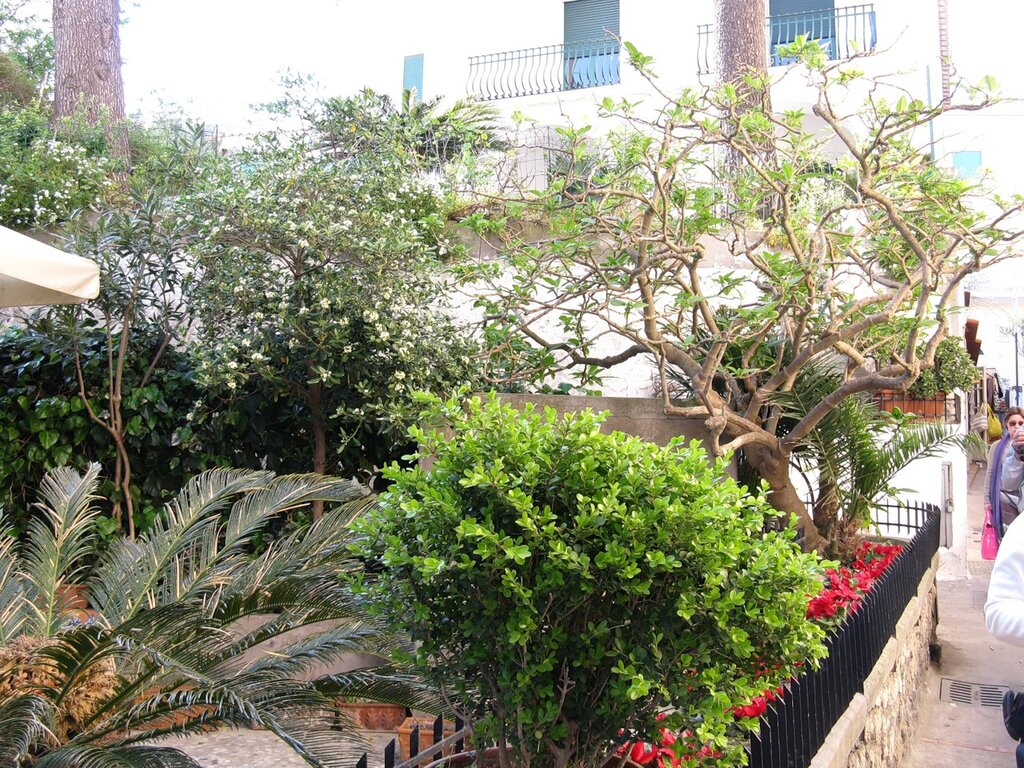 Here, too, one after another, there are small, green hotels that look more like luxury villas. 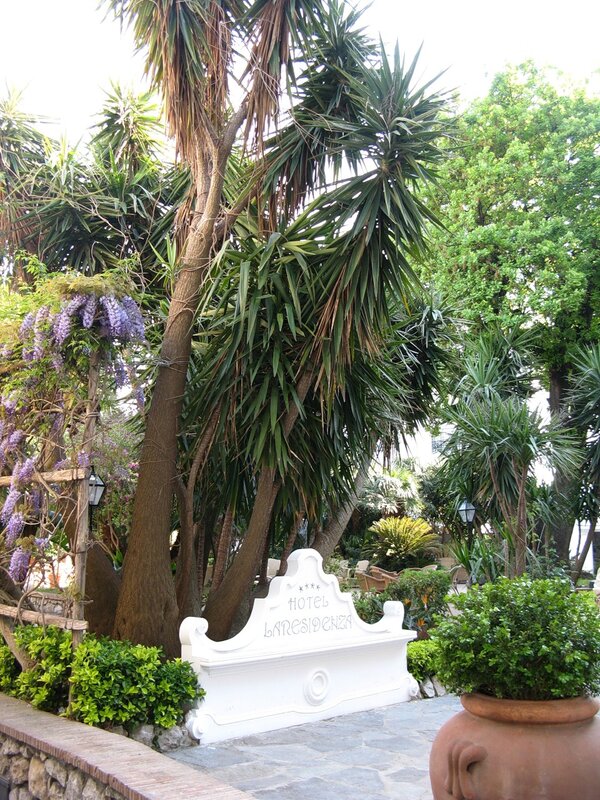 All hotels in this part of the island are distinguished by refinement, comfort and incredibly high prices. 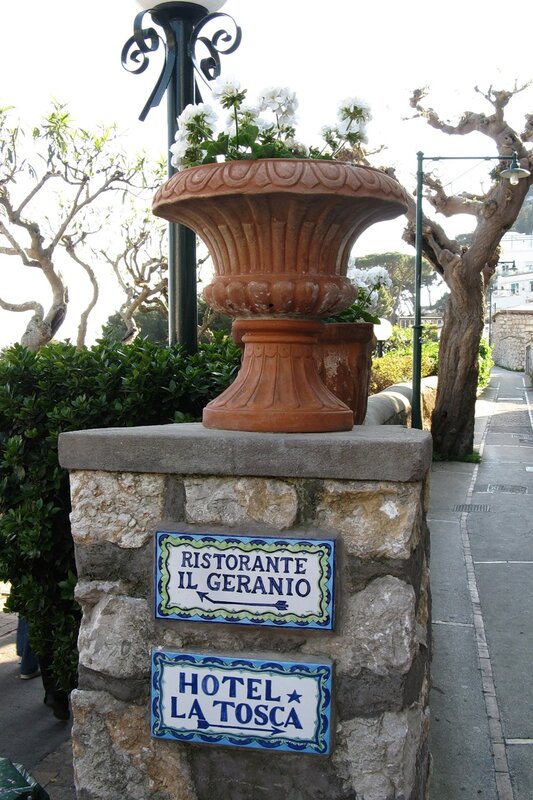 The island is considered a resort for non-poor people who value peace and privacy. The list of celebrities who have vacationed, or even permanently lived here for years, will take up more than one page. 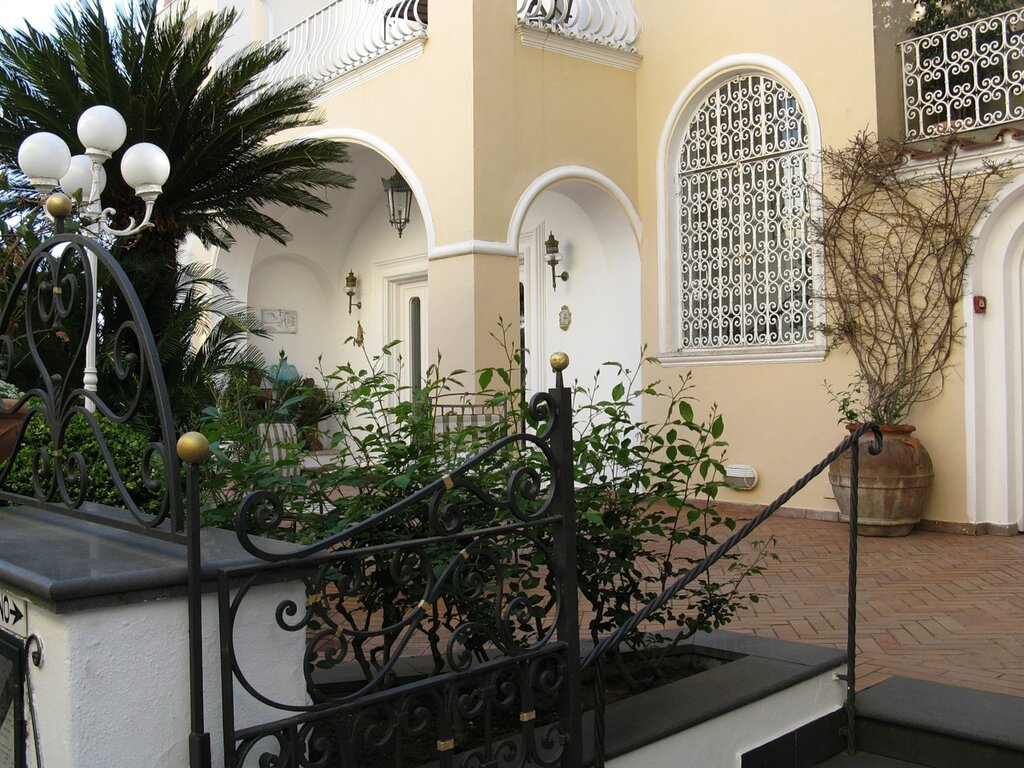 A street of expensive hotels faces the southern shore of the island, to the shady gardens of Augustus, 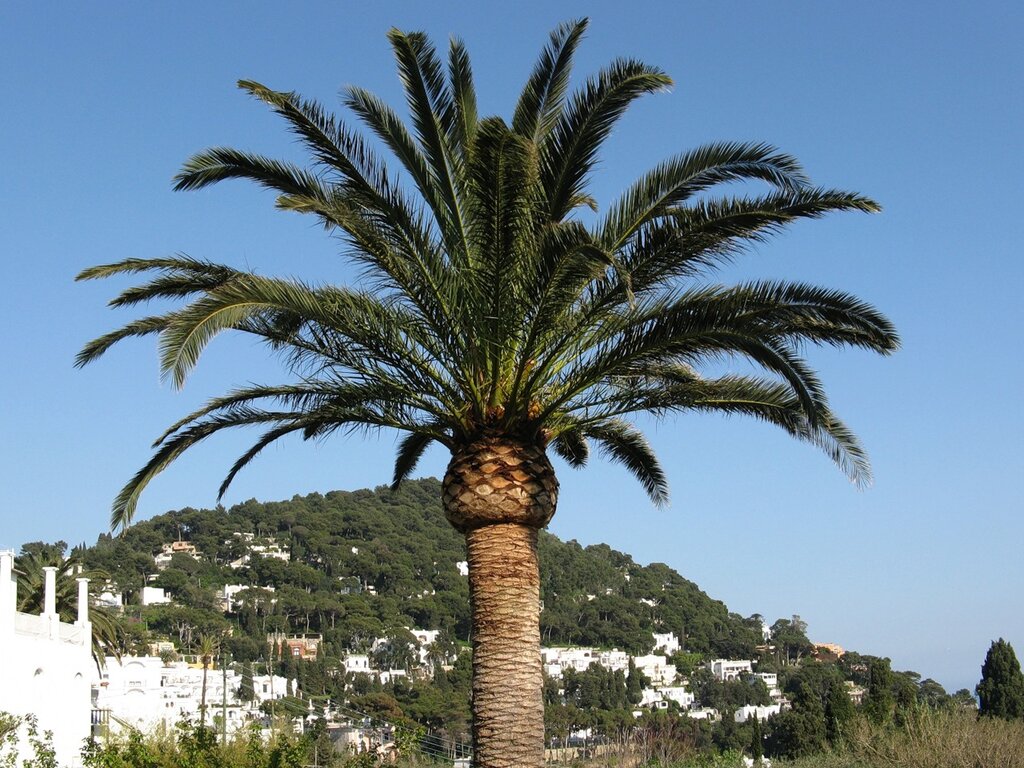 From the terrace of which there are amazing views. 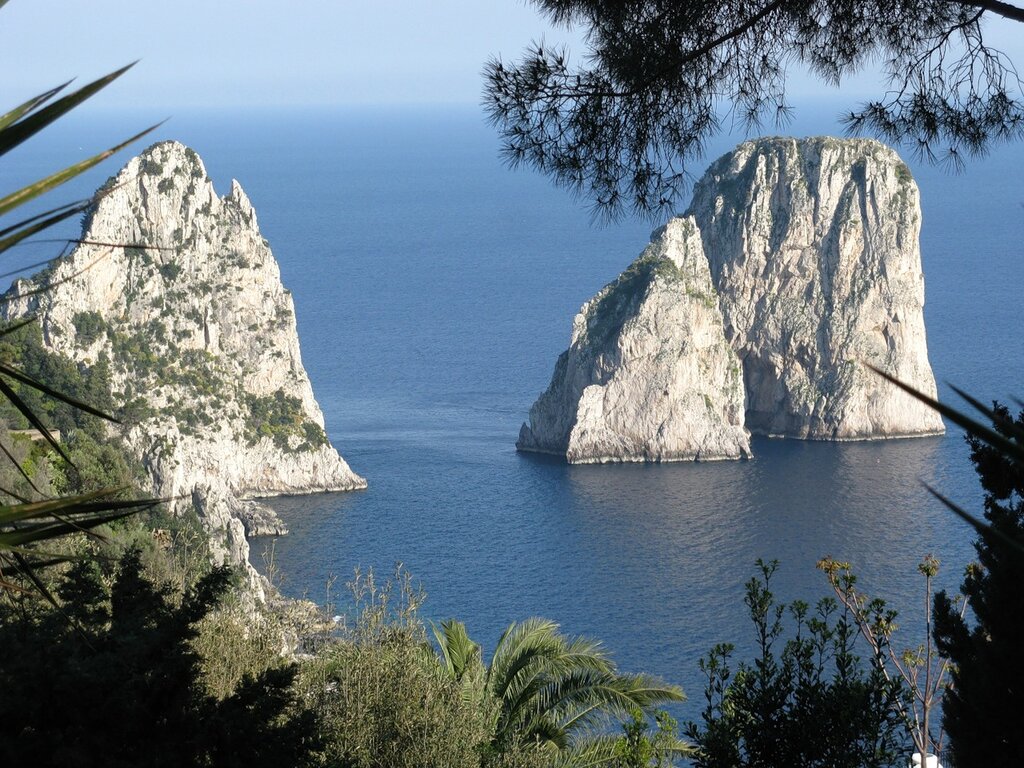