After a walk through Hesperia Park, I returned to Mannerheim Avenue. On the site that runs along the park, there are several interesting examples of urban sculpture. In front of the Crowne Plaza Helsinki Hotel in 1972, the creation of the avant-garde artist Kimmo Kaivanto appeared under the name Oodi 60,000 järvelle (Ode to 60,000 lakes). An 11-meter-high steel frame and crossbars form a perspective of incoming waves, while movable reflective elements create glare of sunlight on the water surface. 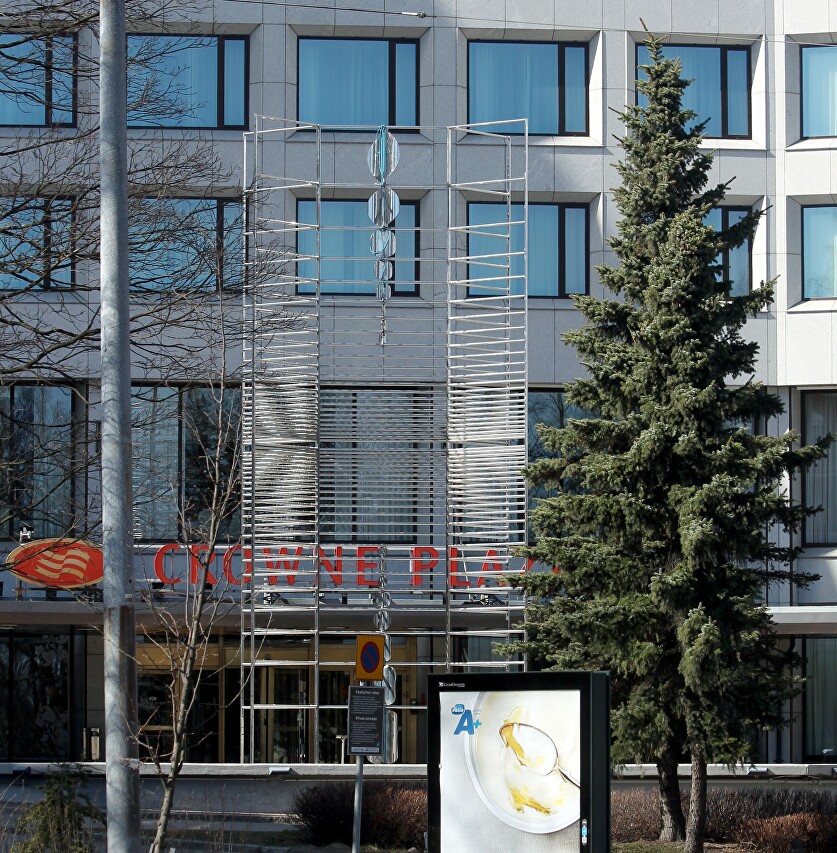 On the other side of the street there is a small bronze "Girl with a Dog" by Viljo Savikurki. Actually, the official name of the monument is Sokerityttö, which translates as "sugar girl", the sculptor depicted a girl playing with a dog, teasing it with a piece of sugar. The prototype of the girl was 12-year-old schoolgirl Seija Hanninen. The sculpture was opened on August 15, 1956 on the occasion of the 200th anniversary of the Finnish Sugar Industry Company. 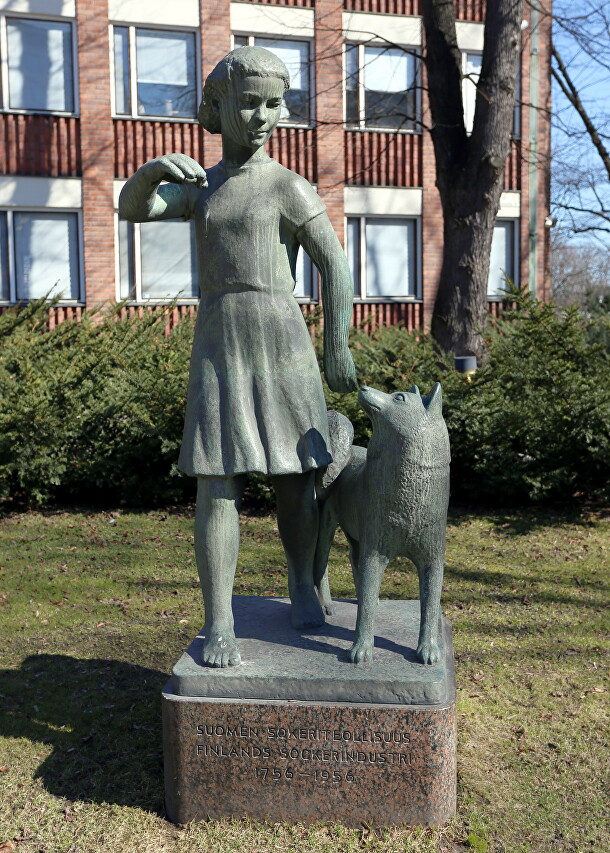 A memorial dedicated to Risto Rytin muistomerkki, the Prime Minister and later President who held these posts during World War II. Despite the fact that Ryti was convicted in Nuremberg as a war criminal at the instigation of the USSR, he is well-deserved respect among Finns. For almost half a century, the memory of Ryti was under an unspoken ban, so as not to spoil relations with the USSR. With the end of the Cold War, Ryuti's services to the nation were officially recognized and a decision was made to erect a monument. The winner of the competition, announced in 1991, was the project of the artist Veikko Miller (Veikko Myller). An unusual monument in the style of constructivism called Vastuun vuodet (Years of Responsibility), caused heated controversy in the press and among ordinary people, but was still approved and opened in 1994. 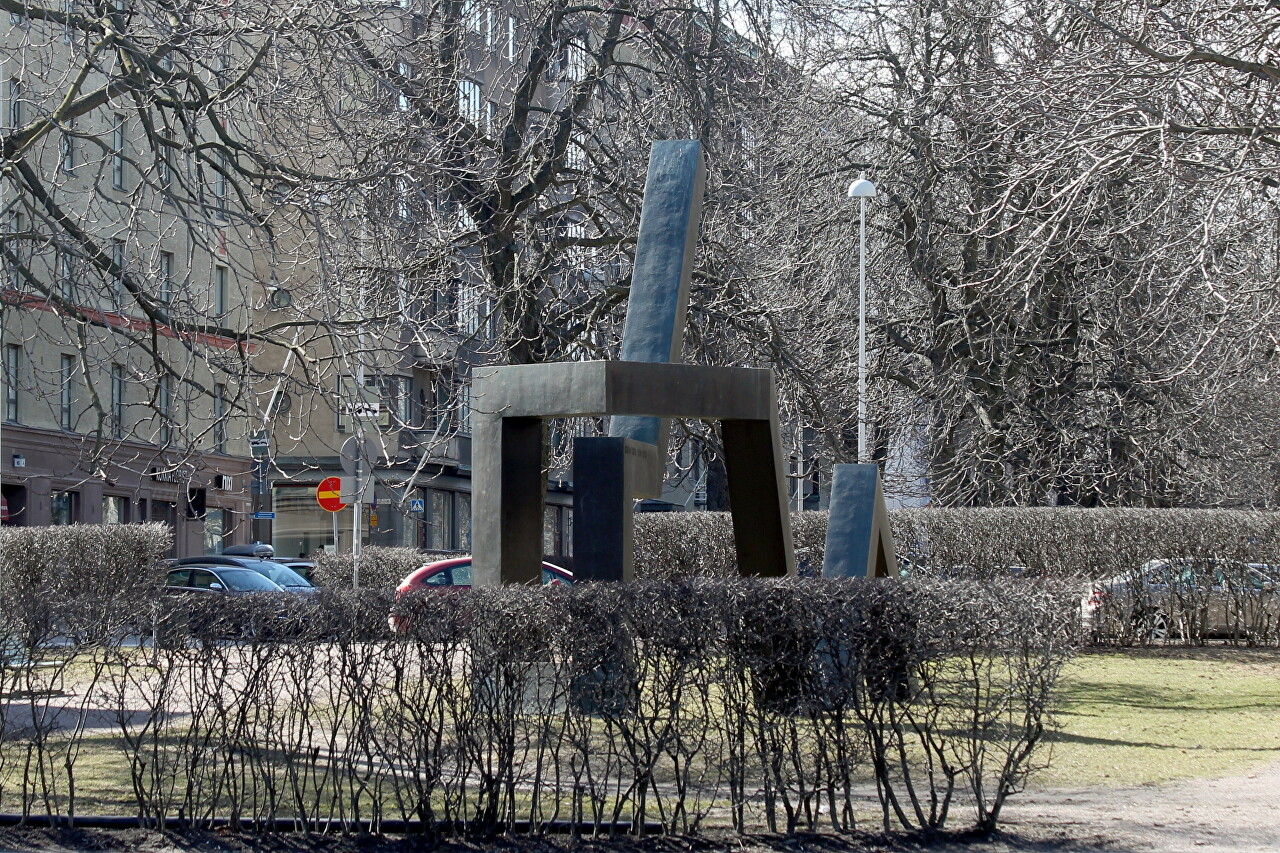 The building of the National Museum of Finland (Suomen kansallismuseo) in the style of National Romanticism (northern Art Nouveau) was built in 2010. The project was carried out by the architectural company Gesellius, Lindgren, Saarinen, based on the appearance of ancient castles and Finnish village churches. 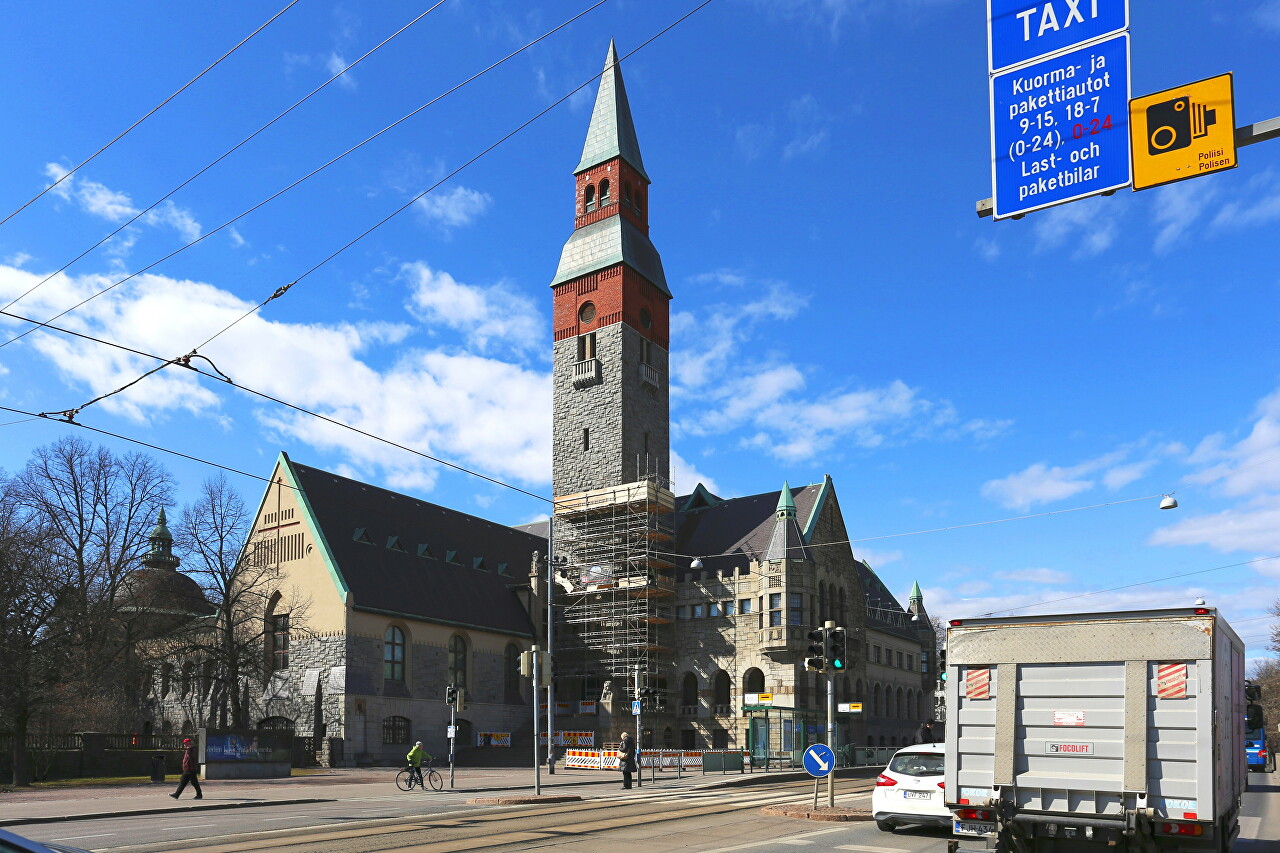 The interior decoration of the building was delayed for another 6 years and the museum was opened in 1916. The museum presents the history of Finland from the Stone Age to the present day, with many archaeological finds and an ethnographic collection of Finno-Ugric peoples. The museum is open daily, except Mondays from 11 to 18 hours, ticket price is 14 euros. 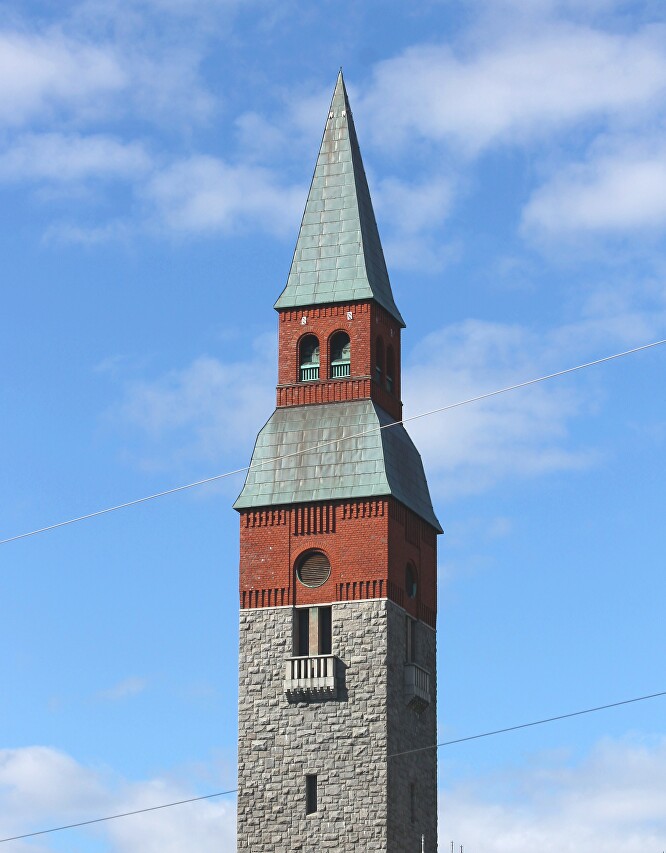 The hillock on which Hakasalmi Villa stands has a natural rock outcrop. Such corners, scattered in large numbers throughout the Finnish capital, give the city a unique charm and a sense of unity with nature. 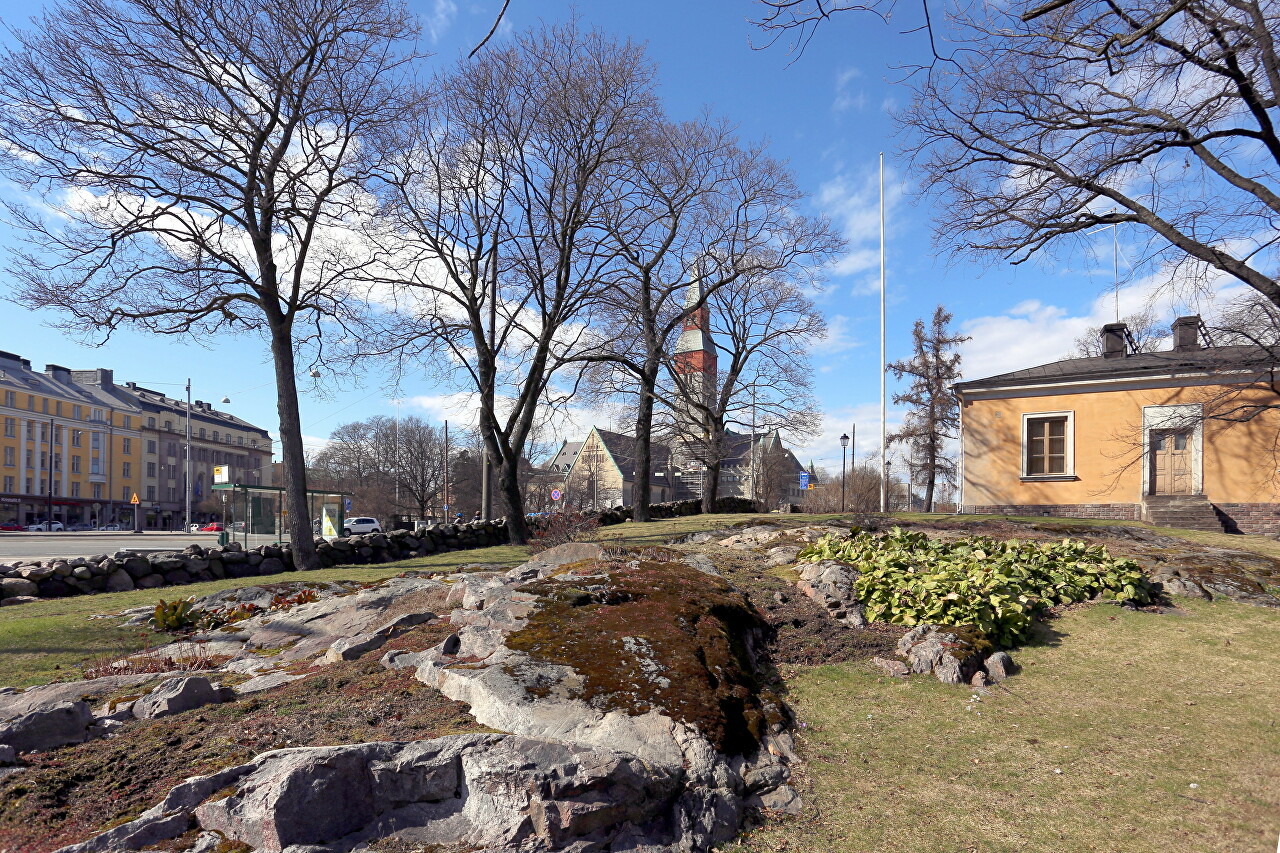 The hillock offers a view of a vast wasteland, which is cut off by pedestrian paths. This is all that remains of the old railway warehouses (VR:n makasiinit), built in 1898. Despite public protests, this industrial monument was demolished during the construction of the House of Music. The demolition was preceded by a major fire that occurred in 2006, the causes of which were never determined. 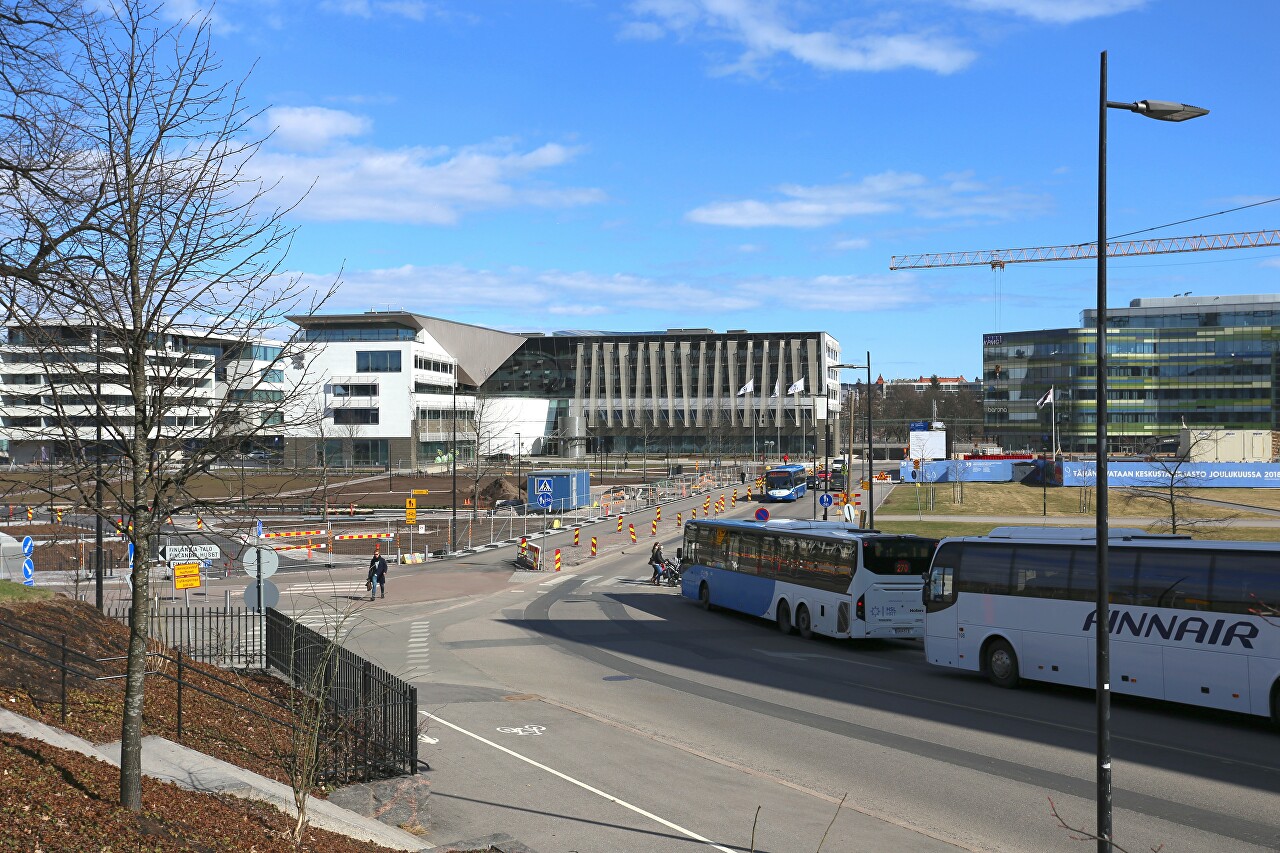 Monument to Curie Calliot (), Prime Minister of the government in the period from 1922 to 1937. He is known as the author of the agrarian reform, as well as the liquidation of the Communist Party of Finland. Becoming President in 1937, he firmly opposed the territorial claims of the USSR, which was used by the latter as a reason for the Winter War. During the fighting, he did a lot to strengthen the national spirit and will to resist. After the conclusion of a humiliating peace agreement, he put a lot of effort into resettling Finns from the occupied territories. The monument, opened in 1962, was made by the sculptor Kalervo Kallio, the son of a politician. 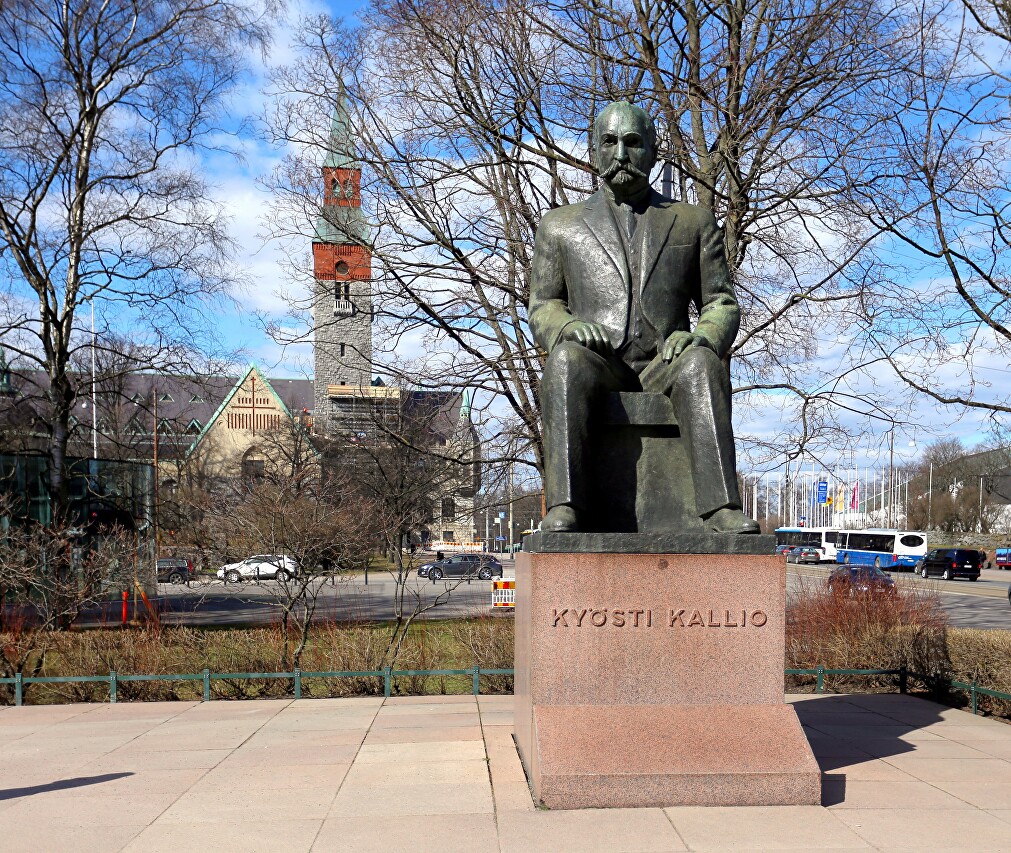 Helsinki is the only Finnish city with a tram service. Yellow-green wagons designed in the sixties are an organic part of the urban landscape. 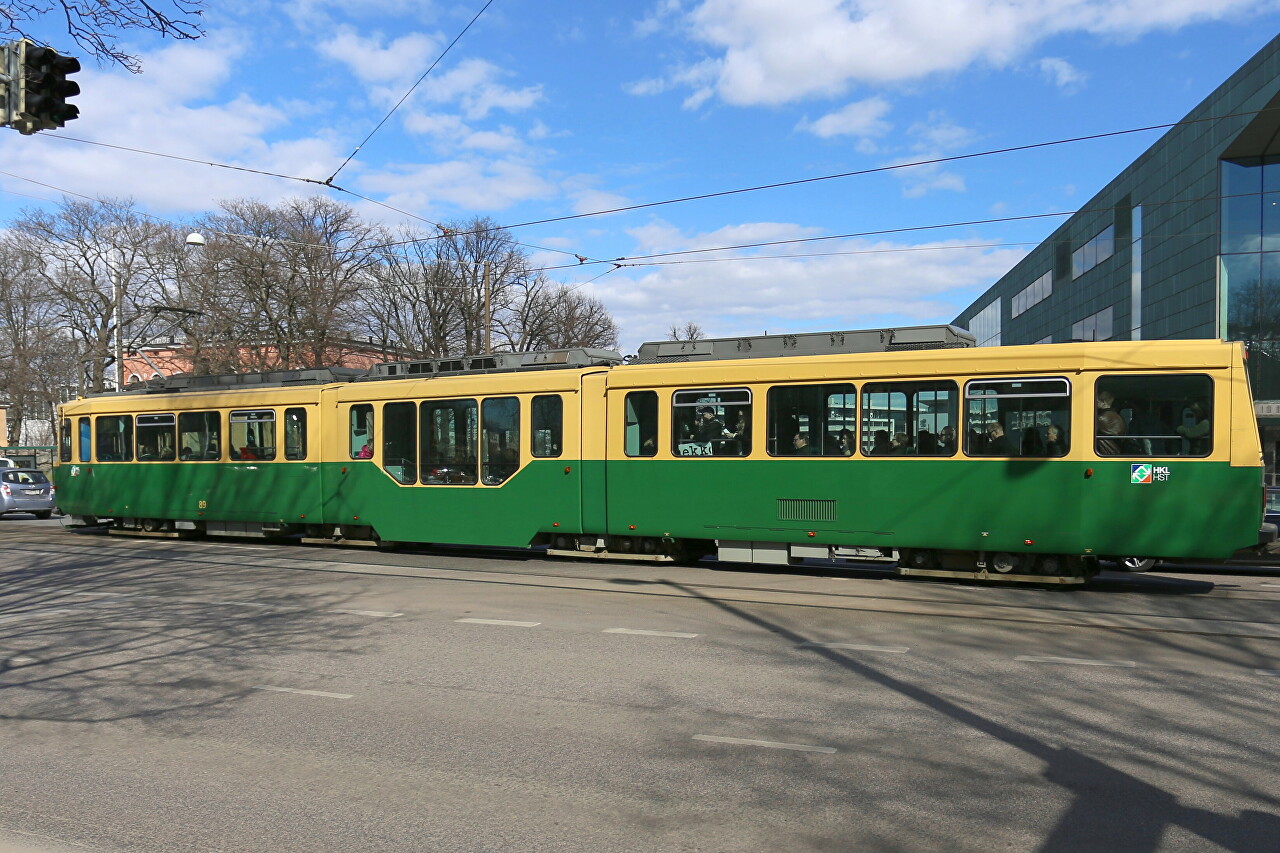