The initiative to create this fountain (Gefionspringvandet) belongs to the Carlsberg brewery, which made the city a polarok on the occasion of its fiftieth anniversary. The construction was funded by the Carlsberg Charitable Foundation and the Bundgaard Municipal Art Foundation. 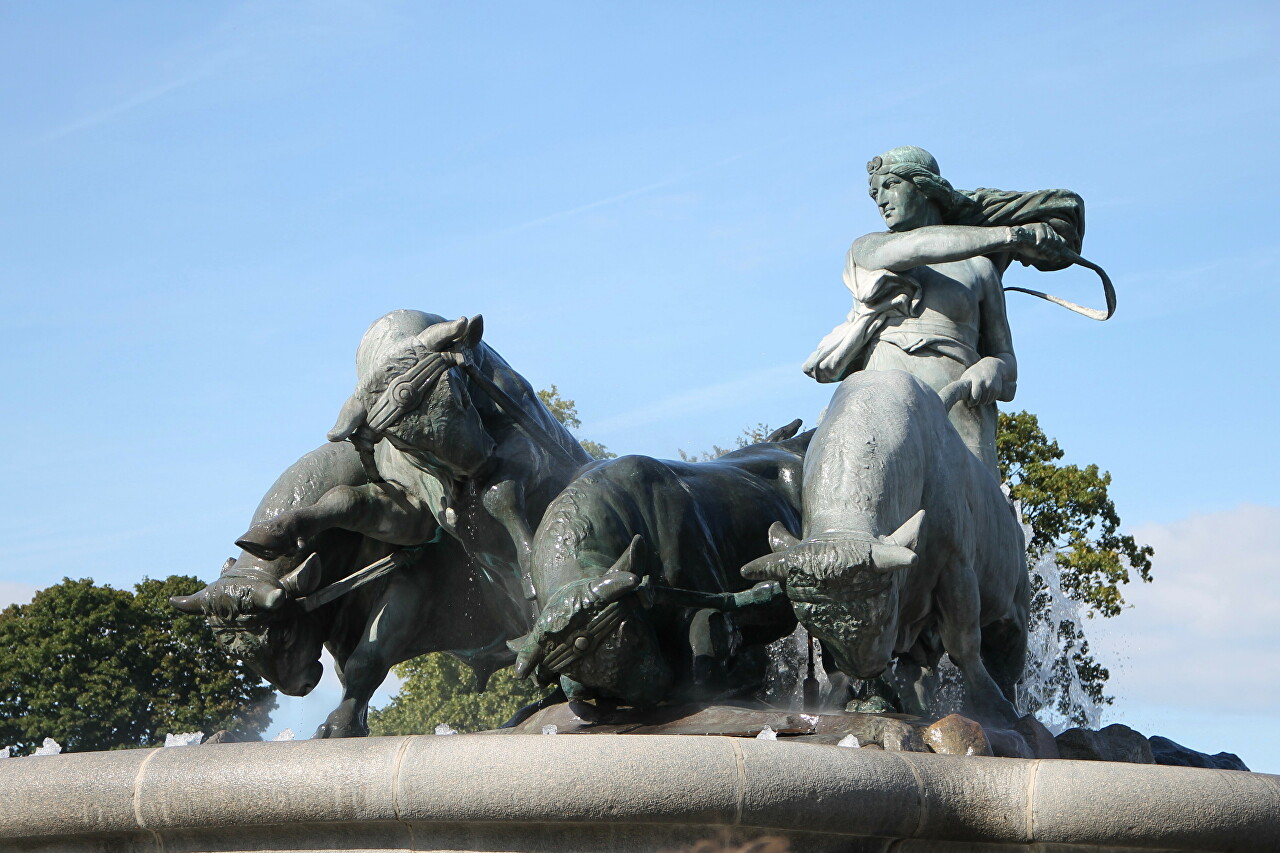 The author of the sculpture group, Danish sculptor Anders Bundgaard, worked on it for two years and finished it in 1899. The Carlsberg Foundation offered to install a fountain on the Town Hall Square, but the city authorities allocated a place for it in Langelinie Park. The fountain bowl and pedestal were built in 1908 and opened on July 14 of the same year. 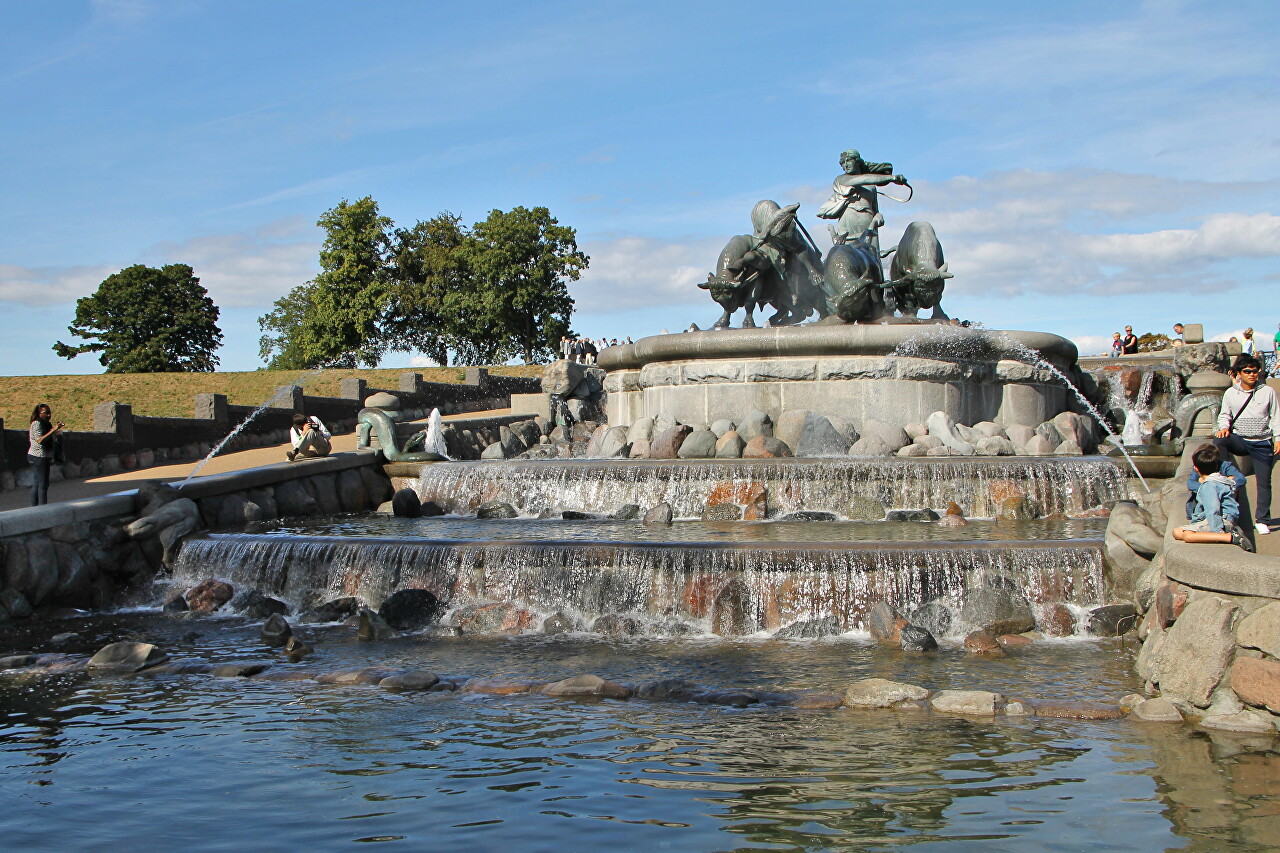 The composition is based on a 9th-century Skaldic poem written by Snorri Sturluson in the 13th century and included in his collection The Younger Edda. According to legend, in the far North, in the land of the Sami, lived the daughter of the gods Gefion (Grfion), endowed with extraordinary strength and intelligence. There she gave birth to four sons, whom she turned into bulls and set out on a journey with them. 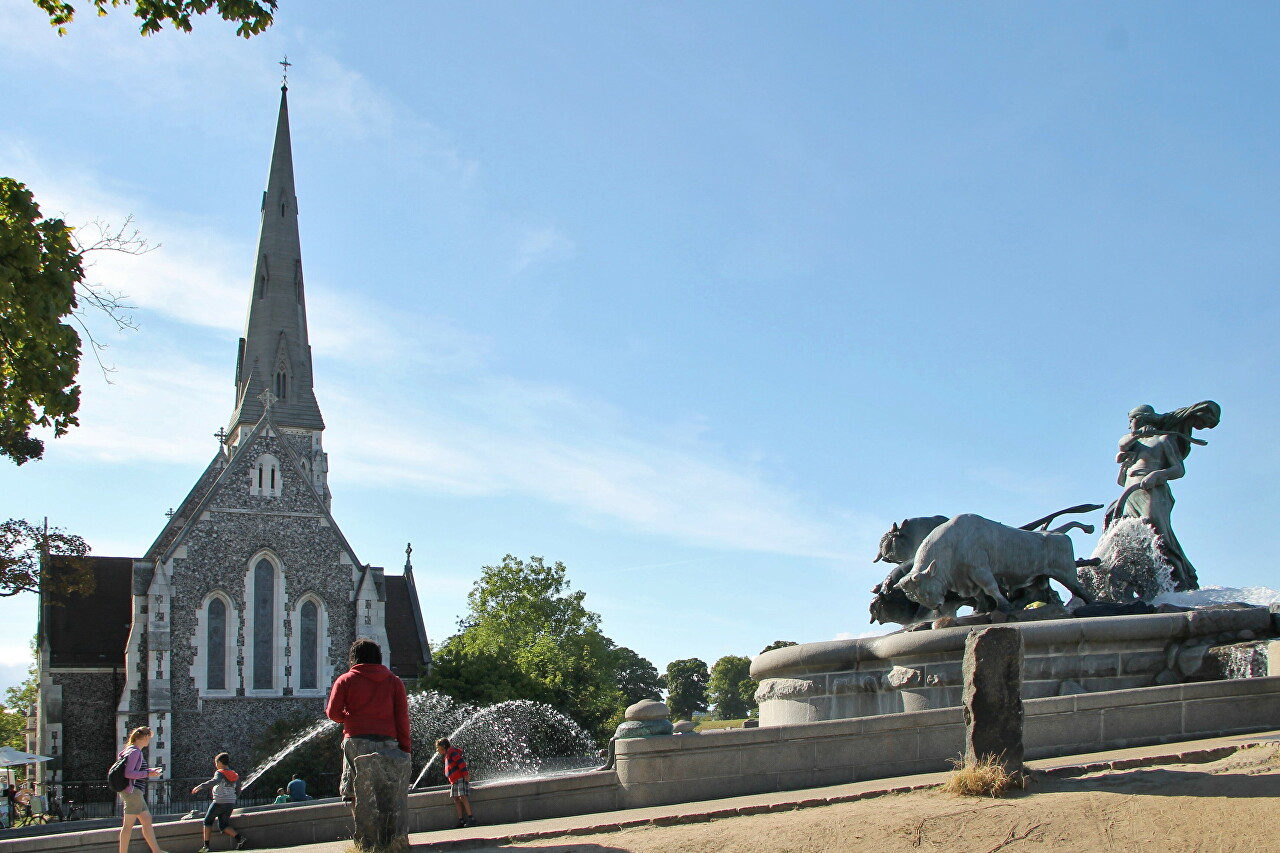 During her travels, Gefion found herself in the Swedish lands and became a guest of King Gylfi, who was shocked by her stories about distant lands. Determined to thank the woman for her fascinating narrative, the king said that he would give her as much land as she would plow in one night on her oxen. In the morning, Gulfi saw the lake that is now known as Melaren, where the Swedish capital stands, and the Zeeland peninsula separated from the mainland and became present-day Denmark. 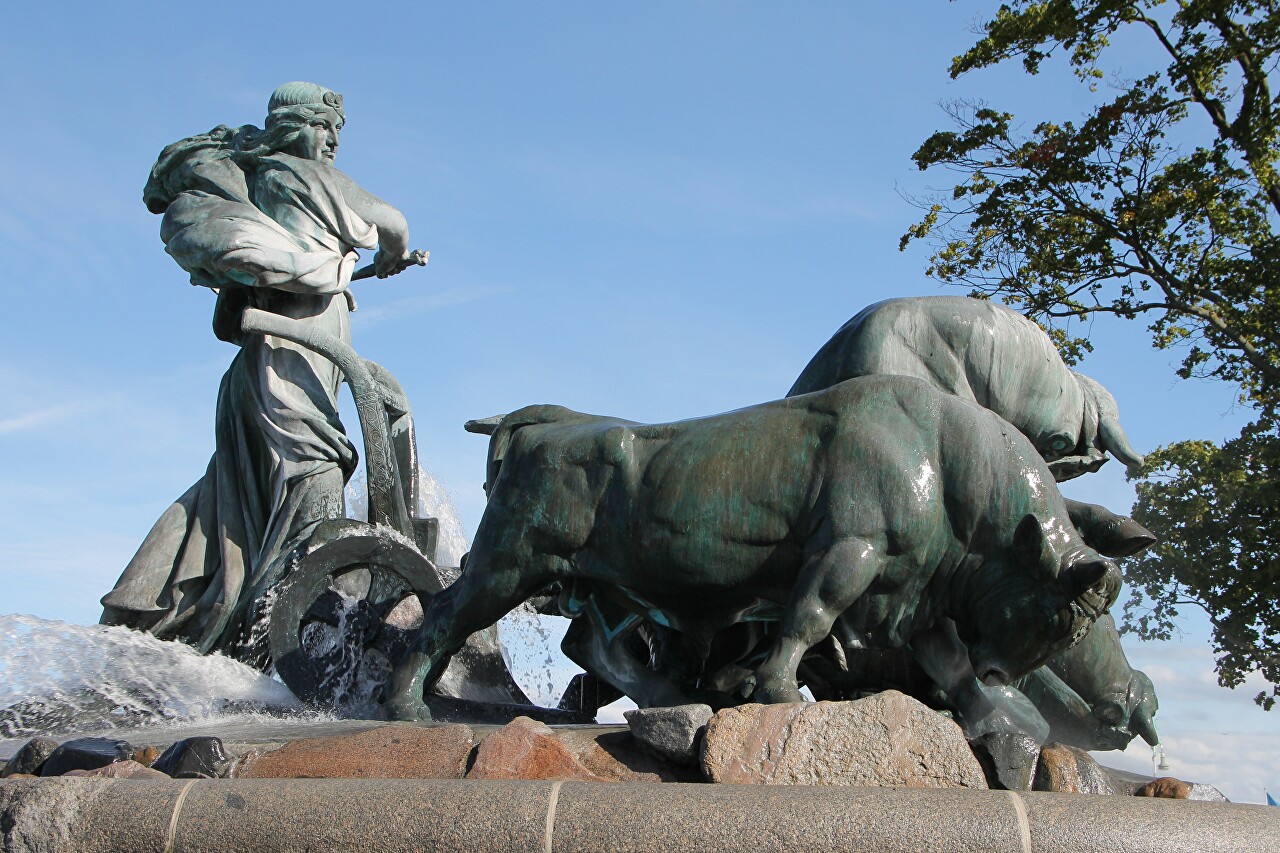