The complex of three buildings for the headquarters of the Catalan branch of CaxiaBank was built in 1983. The authors of the project are architects Francisco Mitjans Miró and José Antonio Coderch. The project was ready in 1974, but construction began five years later. 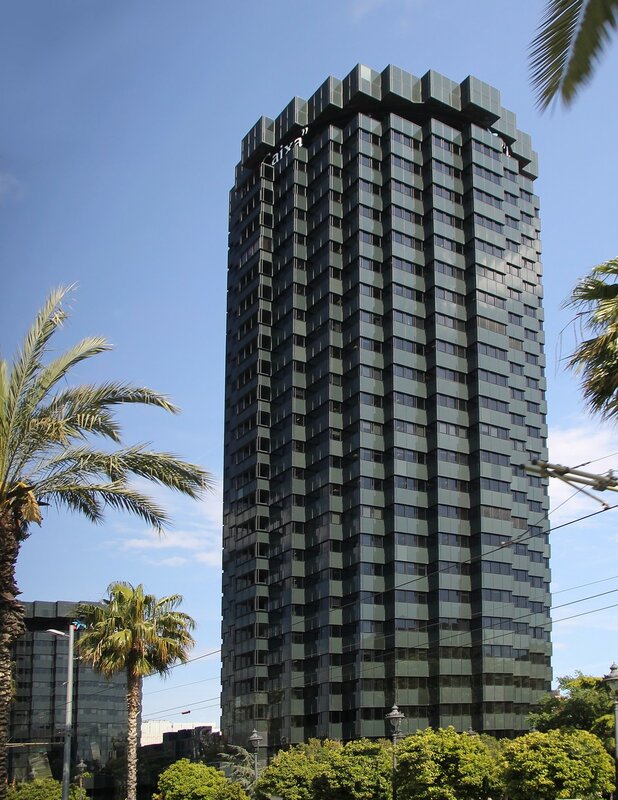 The two buildings are high-rises, similar in style,but almost twice the height. Tower La Caixa 1 has a height of 85 meters, La Caxia 2 48 meters, the number of floors respectively 26 and 14. 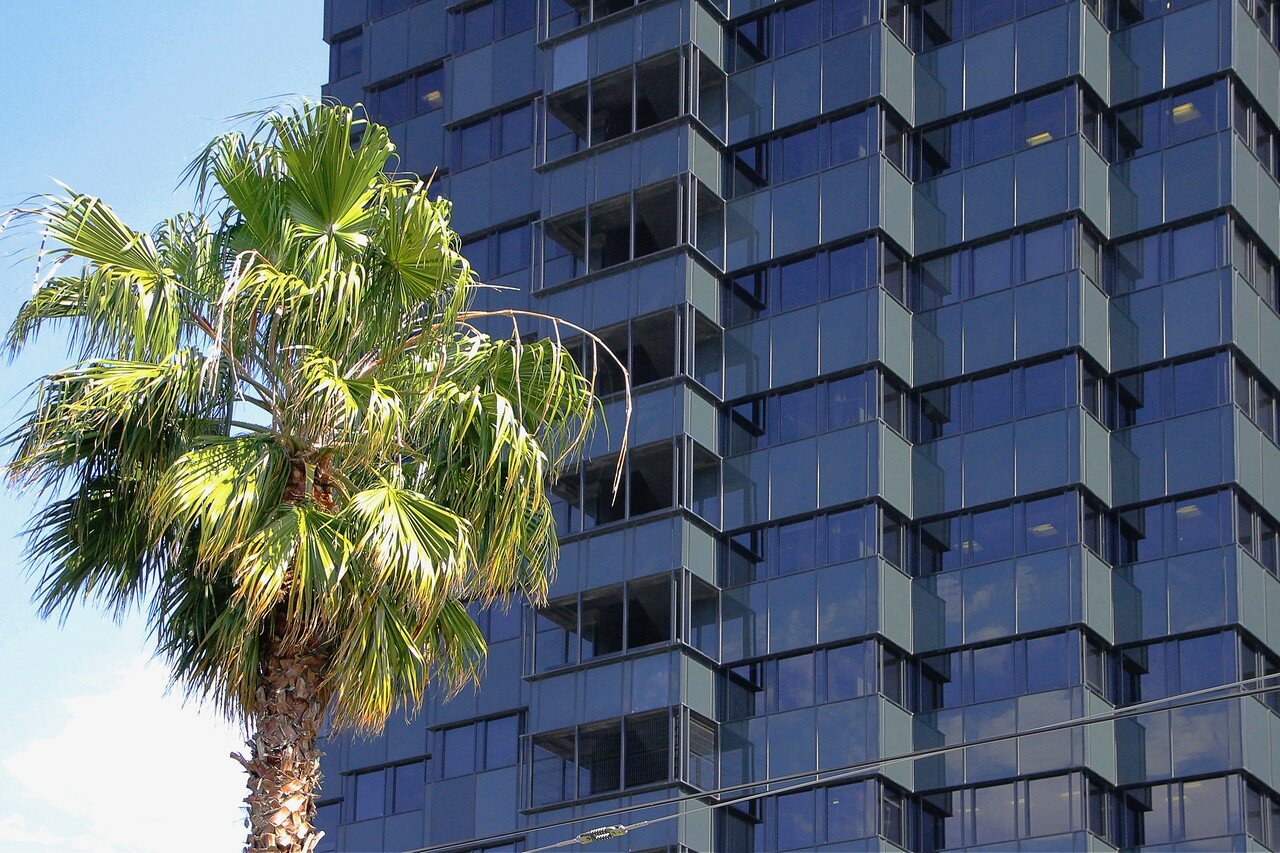 The penultimate floors of the towers have balconies, they have moving on a circle, the logo of the bank. 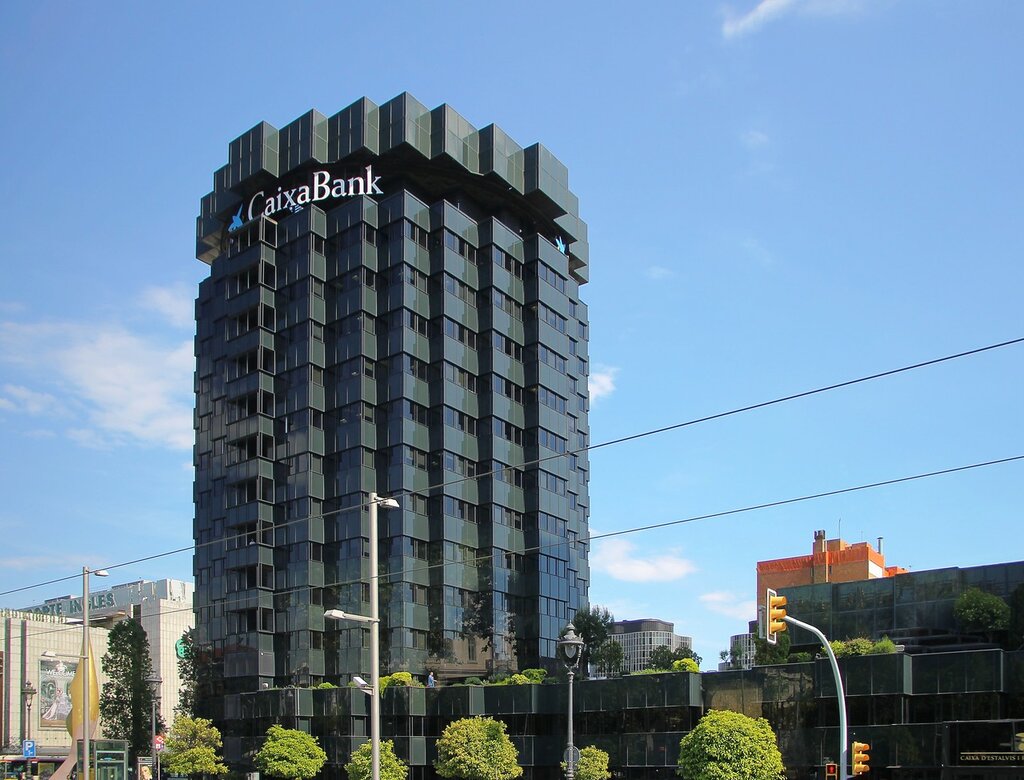