Sant Pere square is home to one of the oldest churches in Barcelona (on map), with a history spanning more than ten centuries. The church was part of the Benedictine monastery founded in 945 by count Sunier I and his wife Riquilda of Toulouse on the site of the early Christian church of San Saturino. Initially only 10 nuns lived in the monastery. 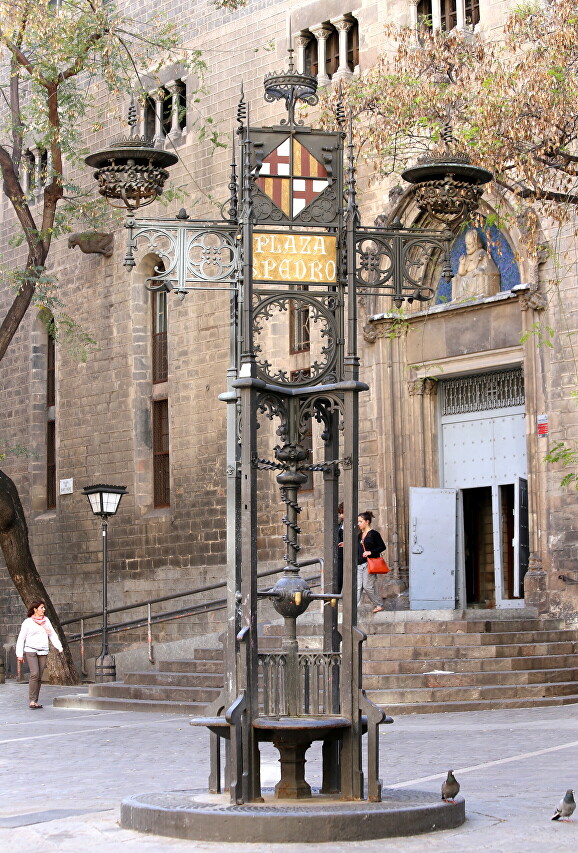 The monastery was located outside the city walls and in 985 was severely attacked by the troops of the Cordova Caliphate under the leadership of Al-Mansur. The building was looted and burned, some of the nuns were killed, and others were sold into slavery. After the invasion, Count Borrell II of Barcelona allocated funds for restoration, and his relative became the abbess. In the 11th century, the number of sisters doubled, mainly due to the daughters of the Barcelona nobility, whose parents did not find a suitable match for marriage. Thanks to this contingent, the monastery did not suffer, and powerful families of nuns provided it with substantial financial support. 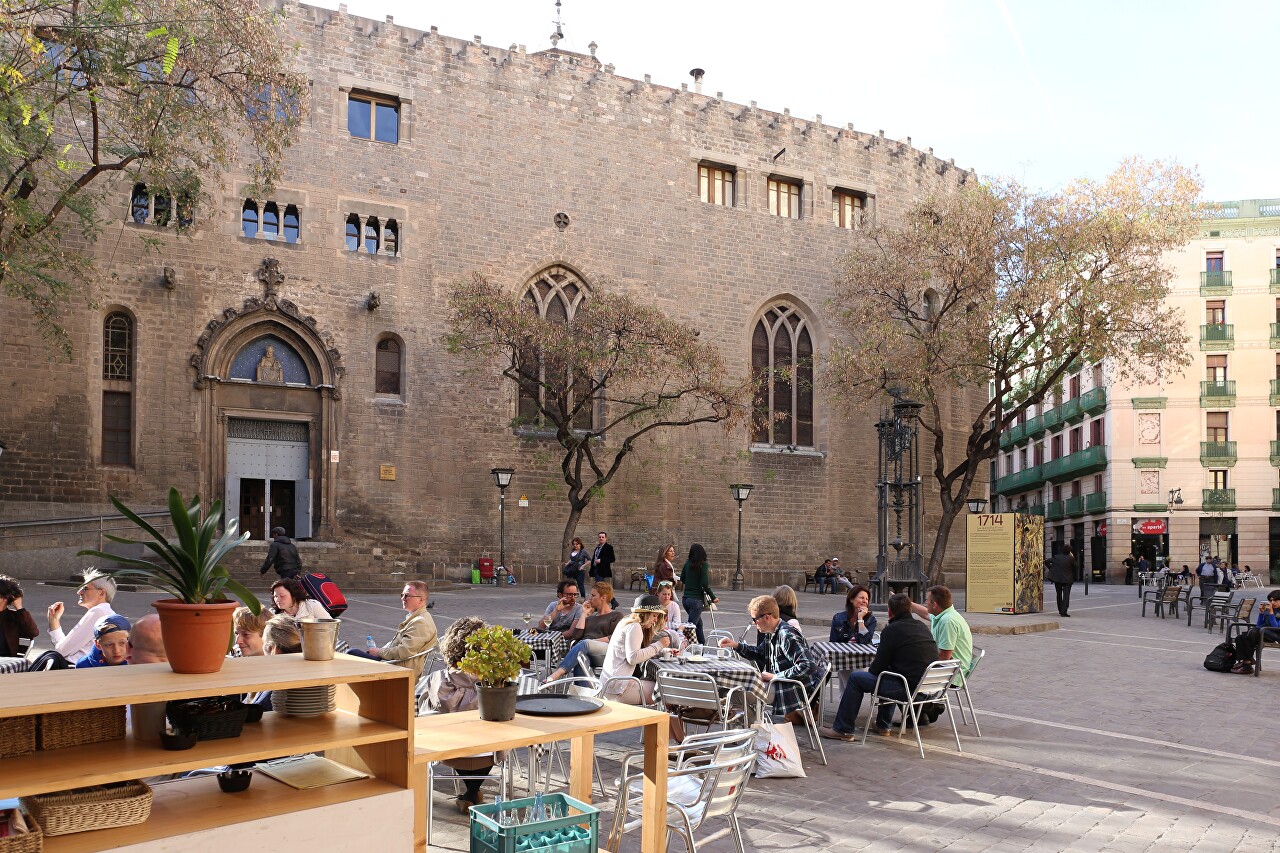 In 1147, the monastery church was built , which was dedicated to Saint Peter (catalan Sant Pere de les Puelles), its walls form the first floor of the current building and you can find features of the Romanesque style in them. The upper part was added later, in 1322, in the Gothic style. In 1752, the Church received an octagonal bell tower , called the "Bird tower" (la Torre de los Pájaros), equipped with six bells. Only one bell has survived to this day. 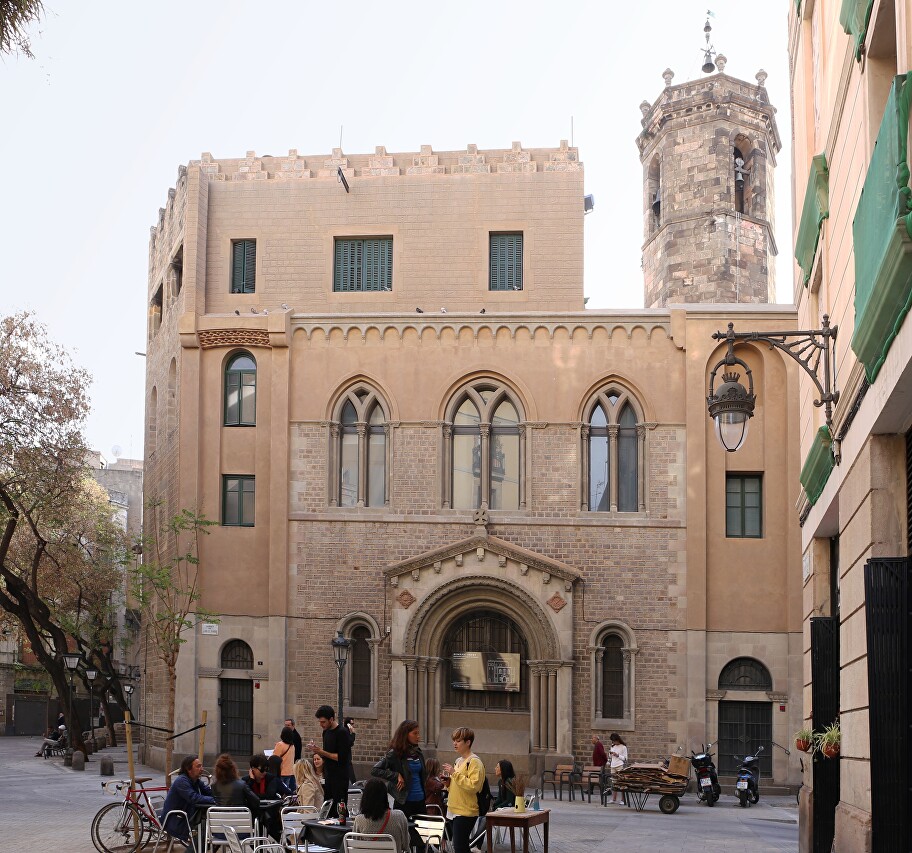 You should pay attention to the gargoyle sculptures above the main portal of the church. 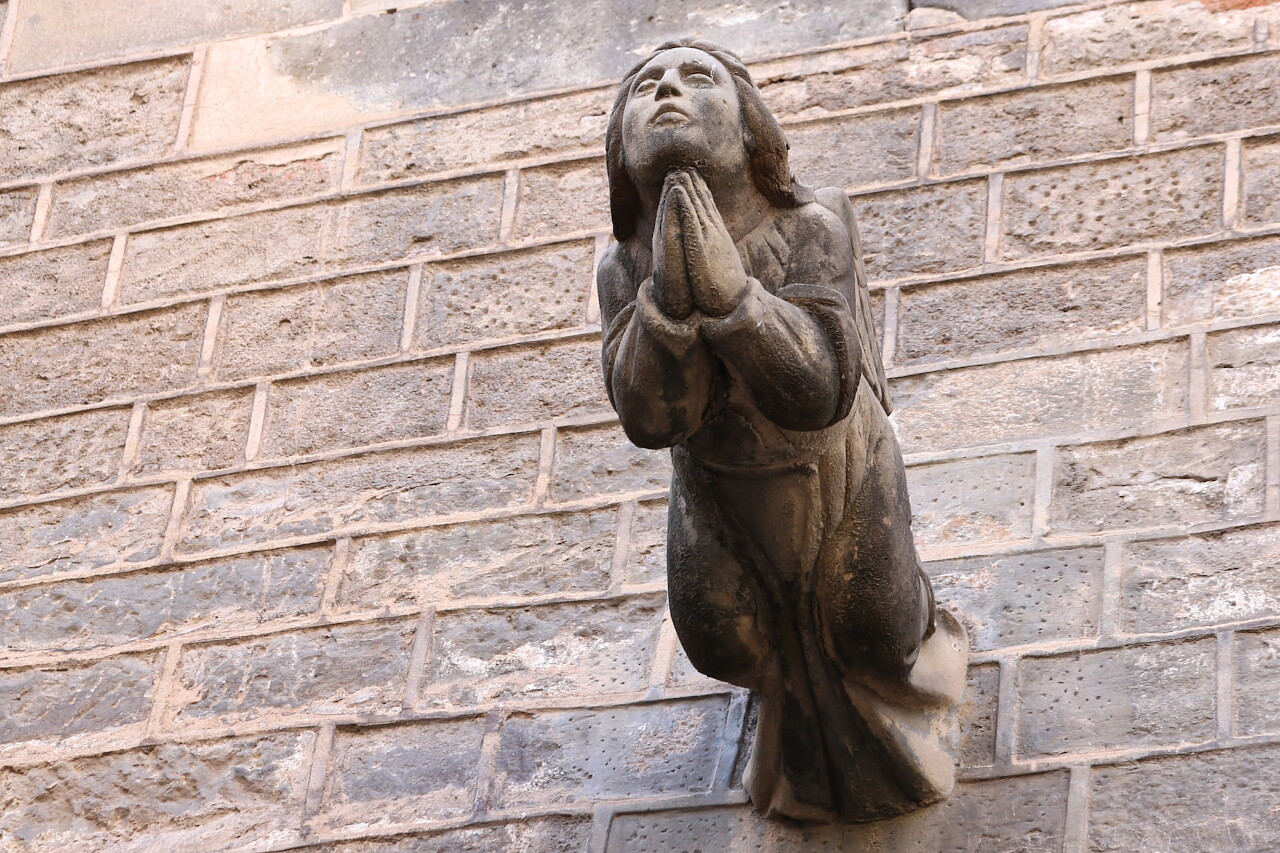 These Gothic elements are usually the decoration of drains and are located around the perimeter of the roof. 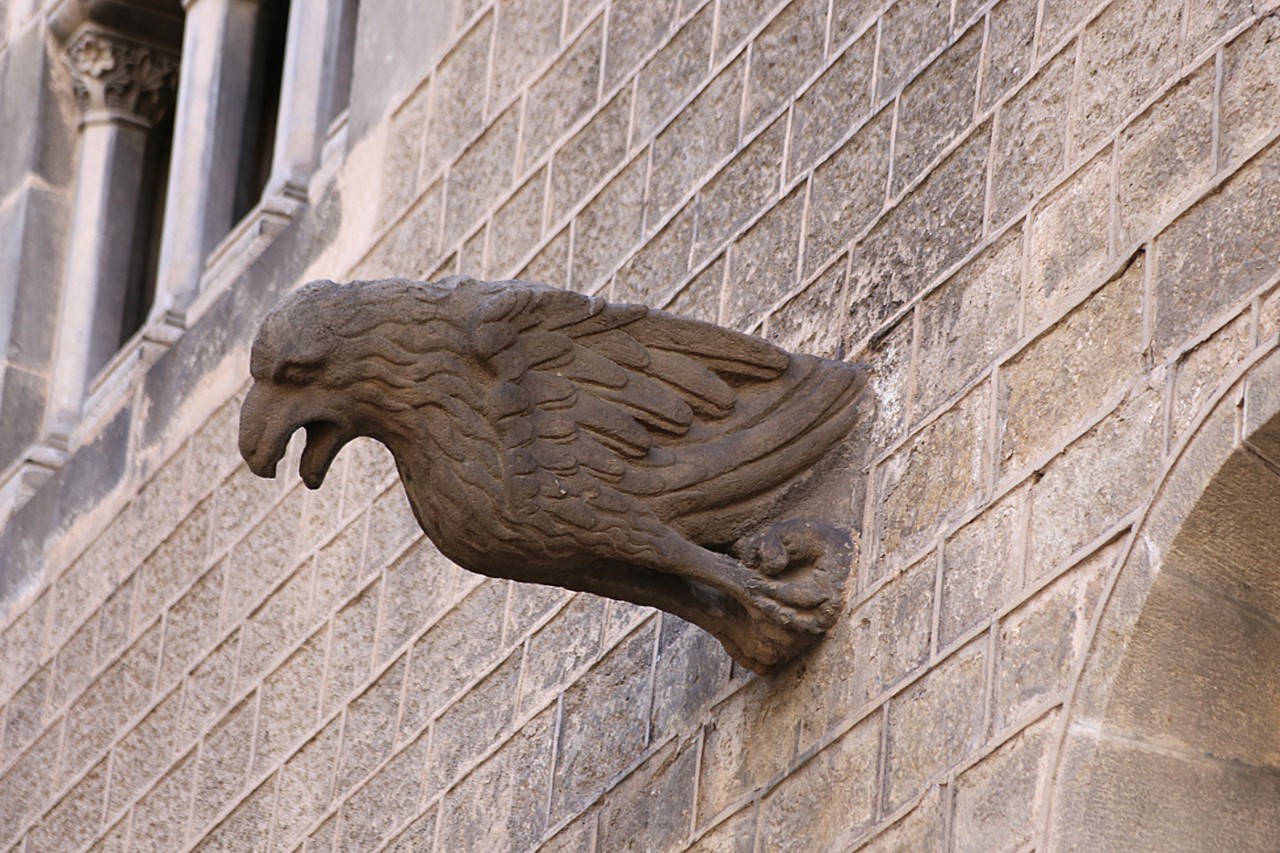 However, in the church of San Pere, these are just sculptures protruding from the wall. 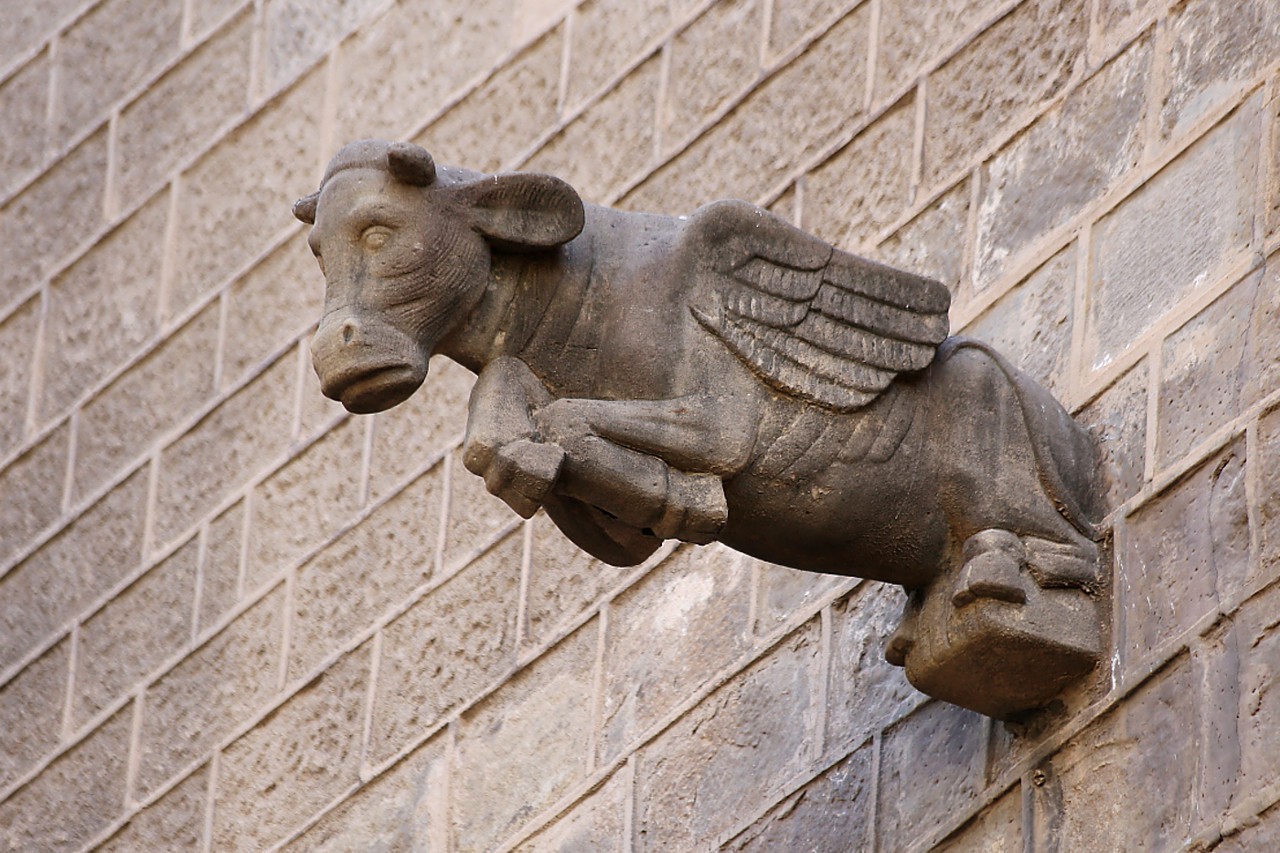 If this is not a new model, we can only wonder how these sculptures survived all the conflicts that befell the monastery. 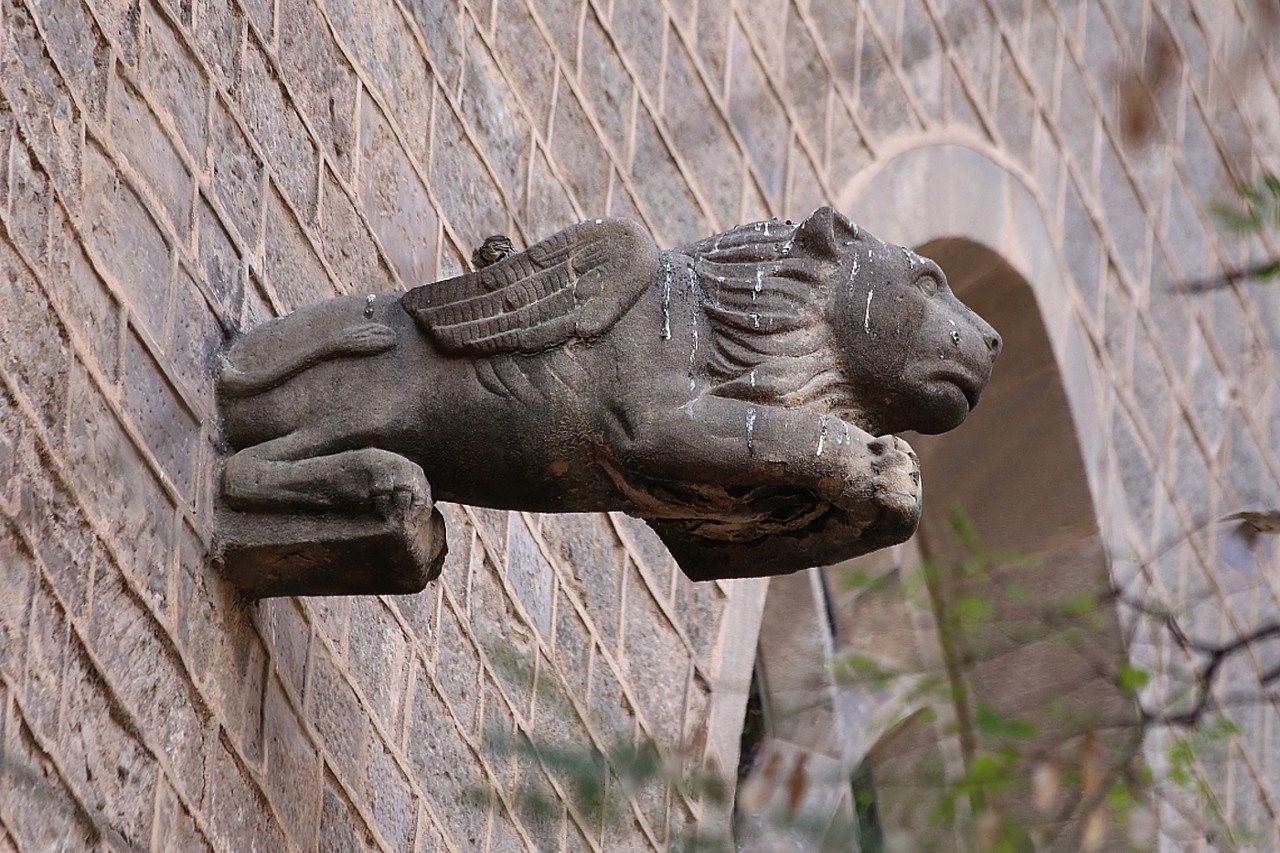 After the liberation of Spain from the Napoleonic occupation, a new Constitution was adopted that separated the church from the state, and in 1837, the Royal Minister Juan Mendizable began the process of mass seizure of church property-secularization. 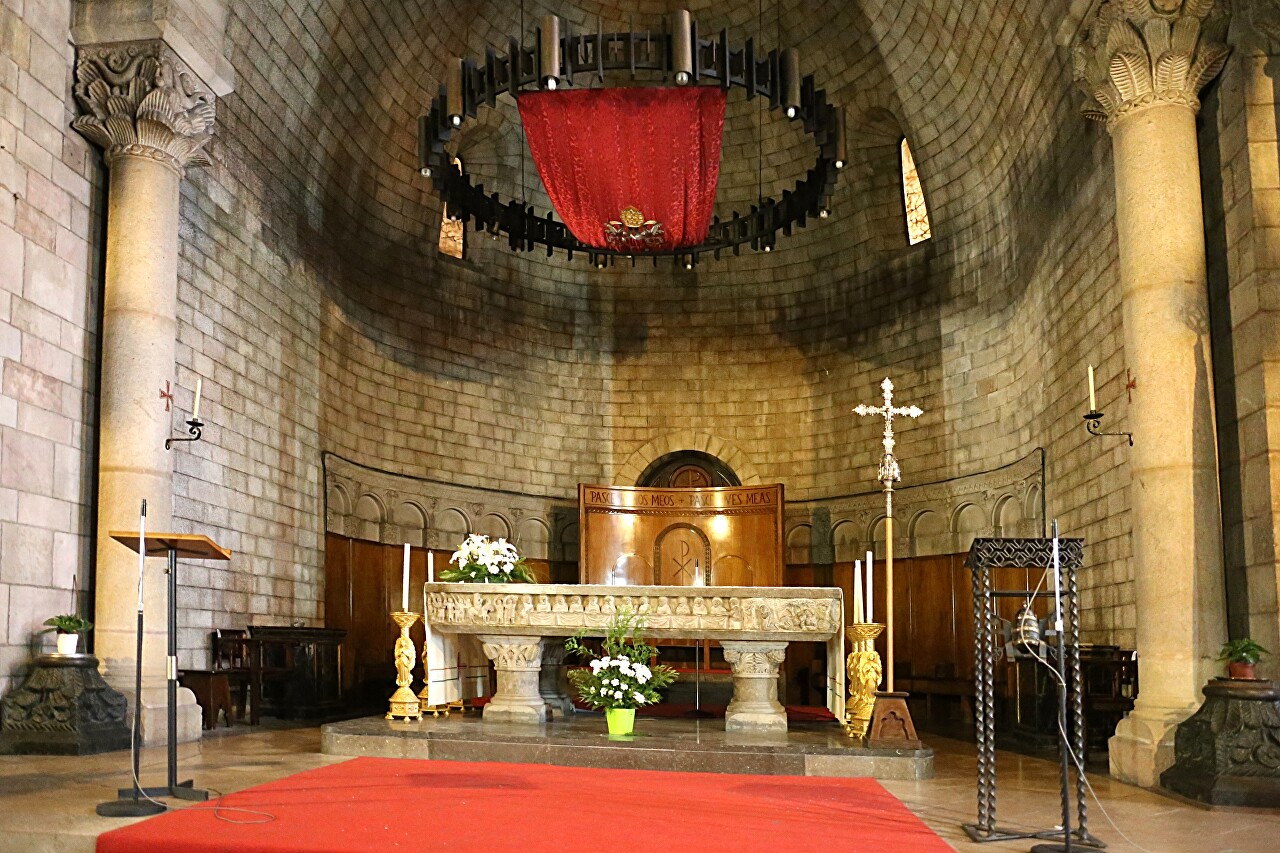 The ancient monastery did not escape this fate - the authorities turned it into a prison. However, the nuns were left several rooms where they lived for more than 40 years. In 1879 the nuns moved to the monastery in the Sarria district , which is still active today. 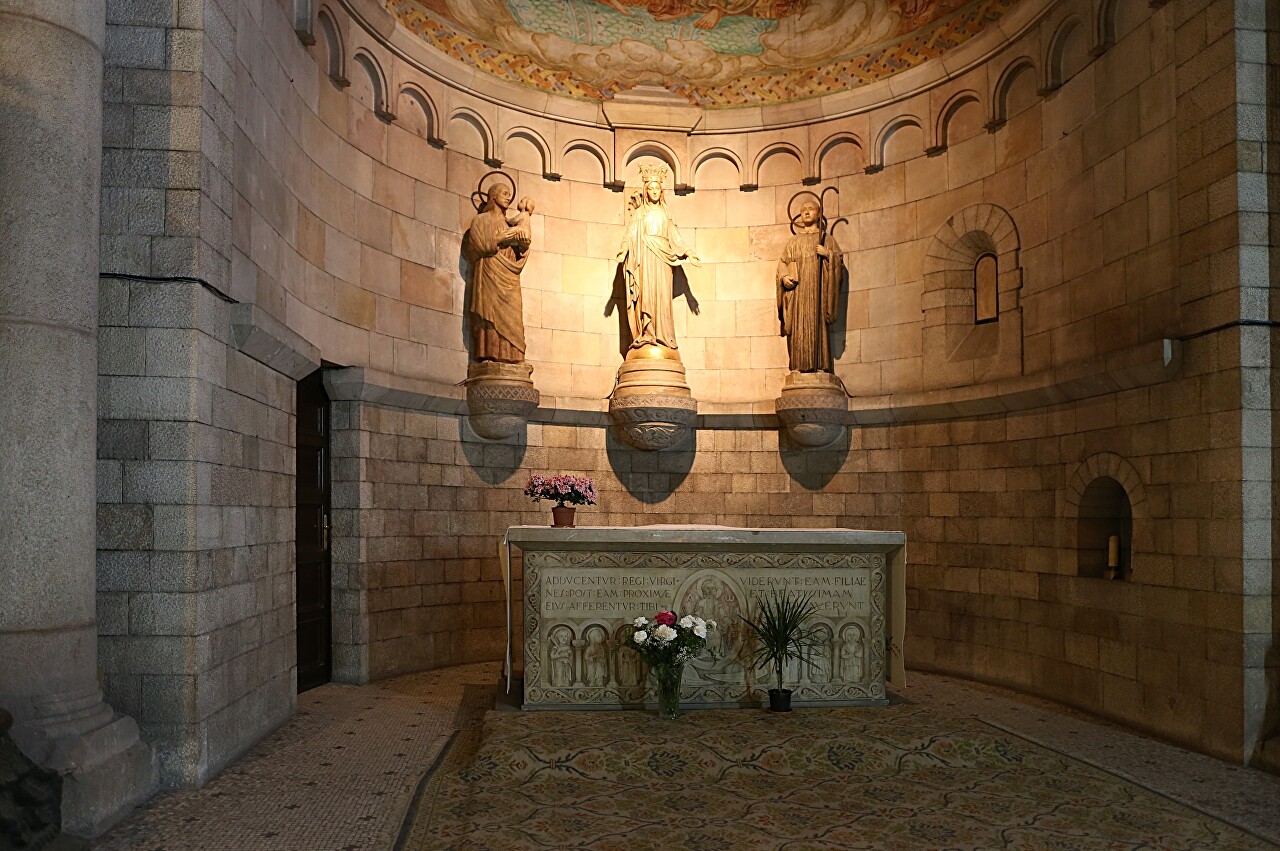 In 1909, the building was severely damaged by fire, after which it was rebuilt, almost losing its authentic appearance. After reconstruction, the building again passed into the Church Department and the parish Church of San Pedro de Las Puellas was opened in it. 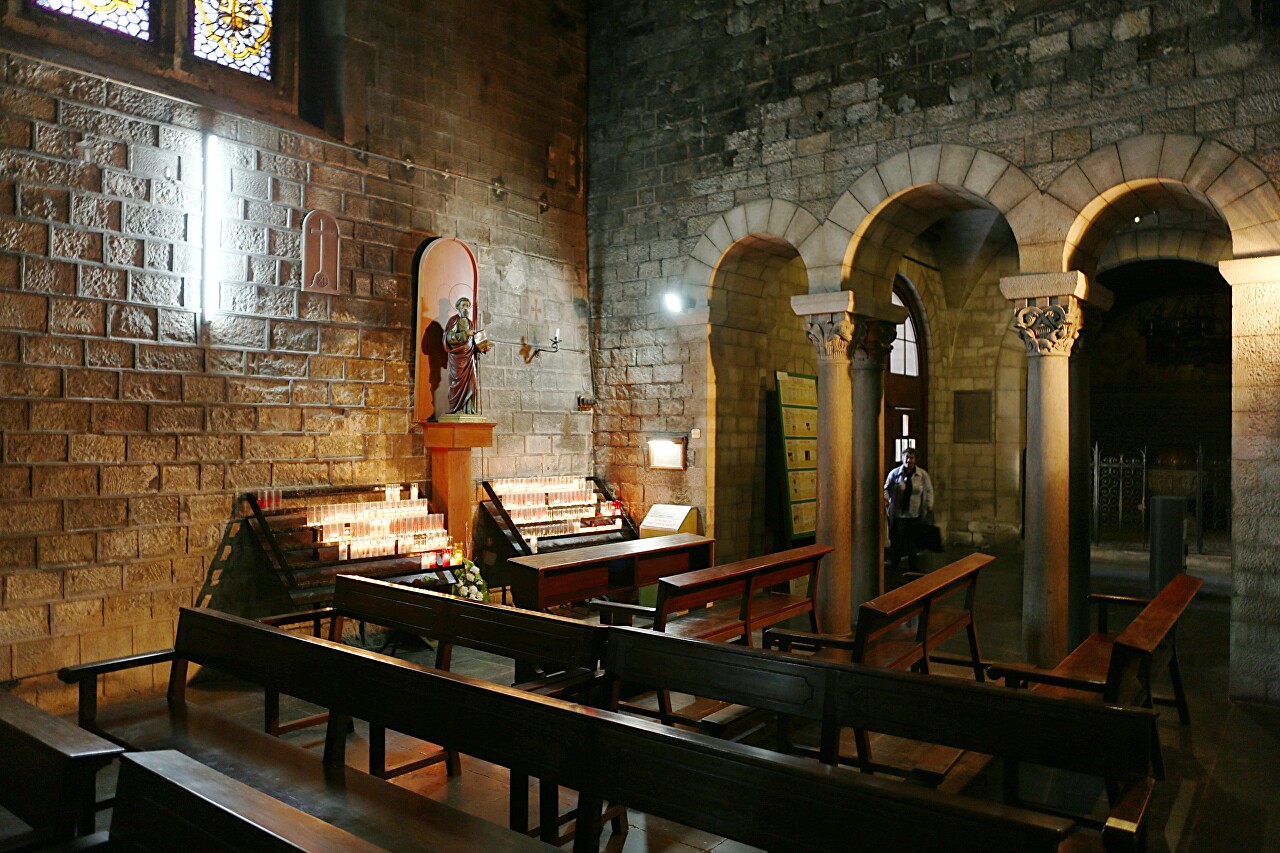 Once again the Church was burned and looted in 1939 during the Spanish Civil war. 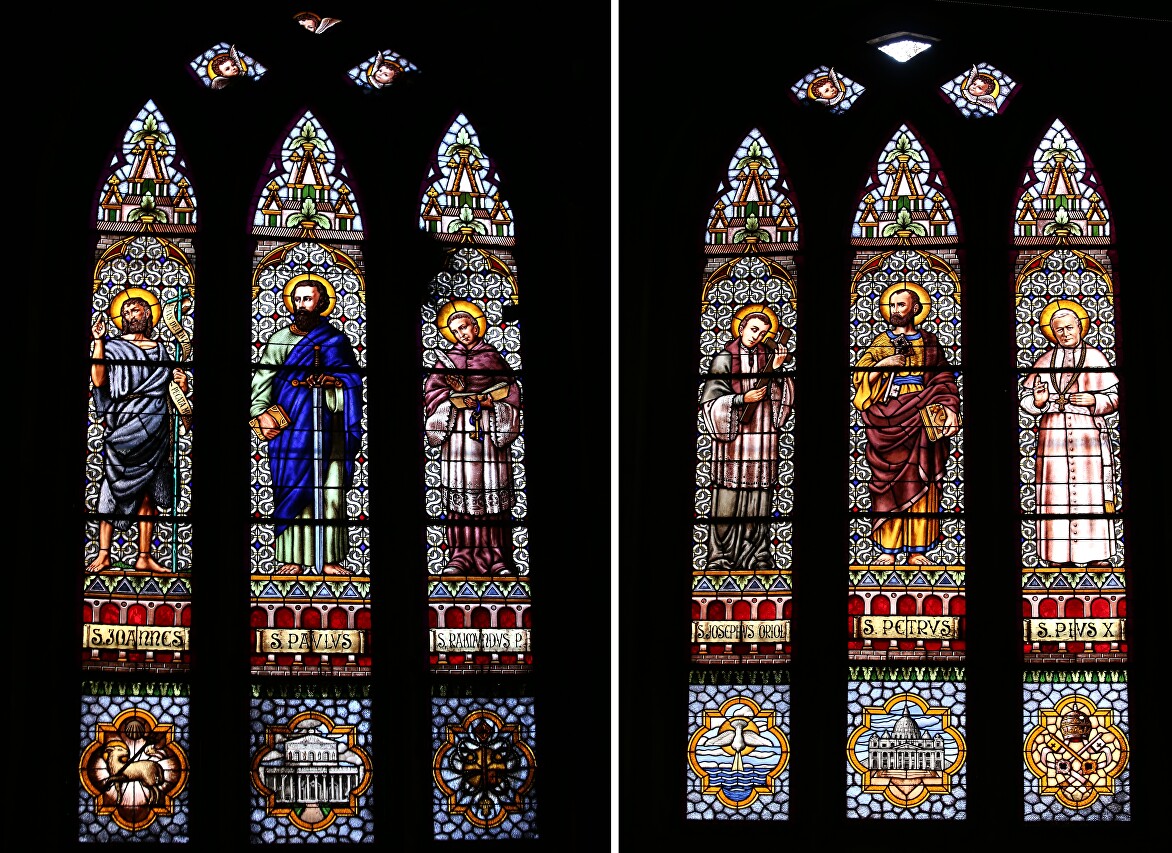 The current interiors generally correspond to the appearance of churches from the beginning of the second Millennium. Of course, the Church utensils are modern , since the authentic ones were lost as a result of fires and looting, and what survived was sold to museums in Barcelona. 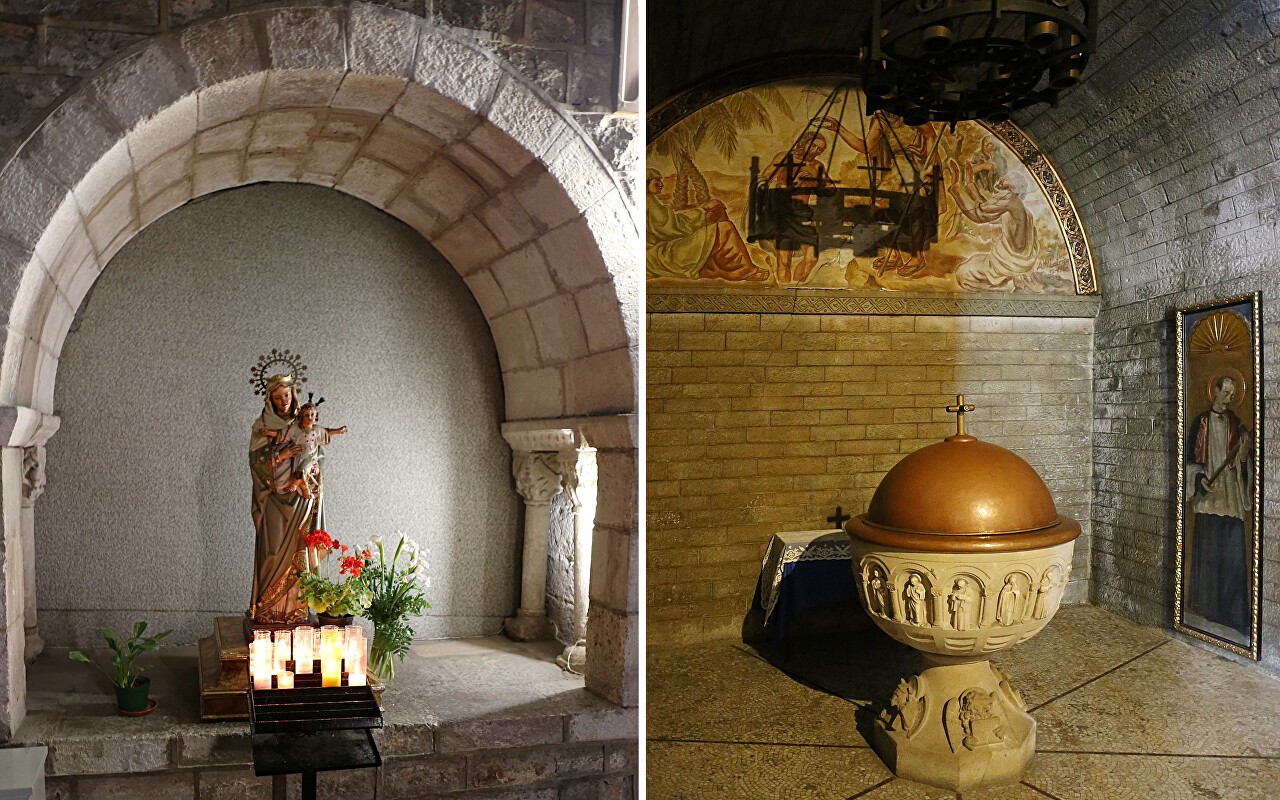