Plaza Duque de Medinaceli, or Medinaceli in Catalan (Plaza del Duque de Medinaceli on the map), was built on the site of the ancient monastery of St. Francis, founded in 1276. It was a large Abbey, whose property extended as far as the Ramblas. As a result of secularization in 1835, the monastery was abolished, and then destroyed by fire. Two years later, the land was transferred for development to the Duke of Medina (the oldest Ducal family of the Spanish Kingdom). The captain-Governor of Catalonia, Baron de Mer, persuaded the new owner to develop part of the land for public use. The square was built in the period from 1844 to 1849 according to the design of Francisco Daniel Molina (Francisco Daniel Molina), who became famous as the author of the Royal square in Barcelona. During the Civil war, the square was named after the President of the Second Republic, Manuel asanha. 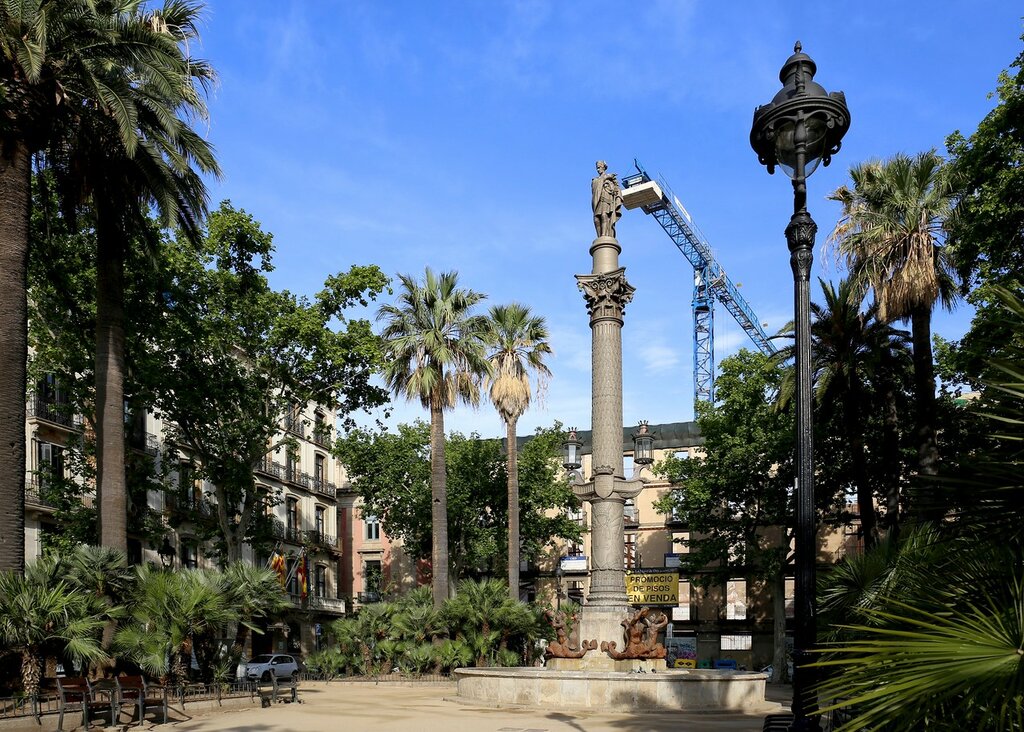 The center of the horse decorated with the monument Galceran Marquet, which fulfilled all the same Daniel Molino. The monument was originally conceived as a fountain, the proximity of the sea influenced the theme of its decorations, which were embodied in bronze by the sculptor Josep Anicet Santigosa. 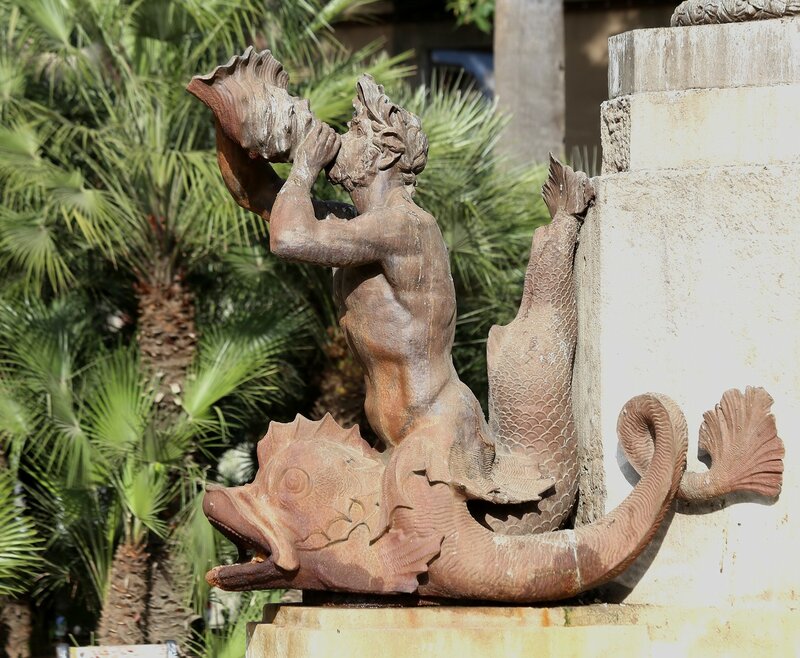 An 18-foot (5.5-meter) cast-iron column was erected on a pedestal in the fountain bowl, and this material was used for decorative purposes for the first time in Barcelona. 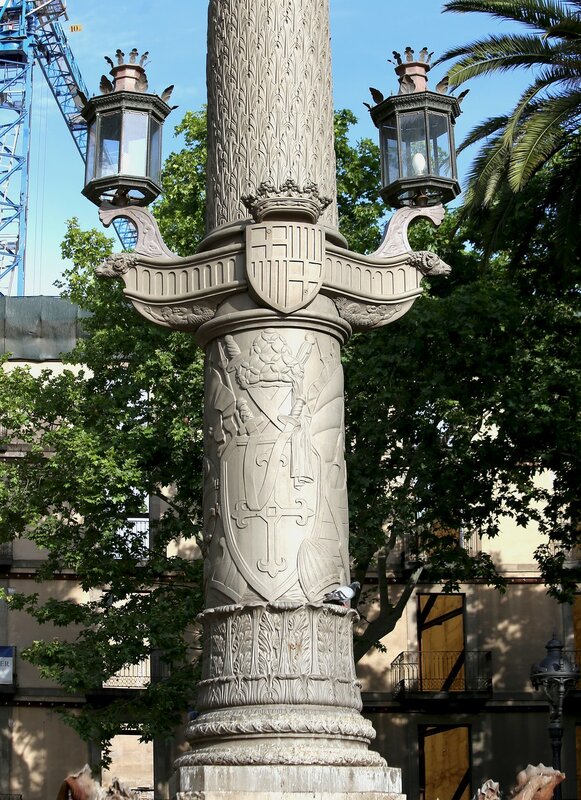 No plans were made in advance to whom the monument will be dedicated, so the question arose, whose statue will crown the fountain. There were proposals to perpetuate Christopher Columbus, Blasco de Garay (commander of the Spanish Armada of the time of Charles I), but eventually Galceran Marquet, Vice-Admiral of the Catalan fleet in the war against the Genoese in 1331, was elected. It is believed that the figure of Marche was made by the famous sculptor Damia campeni (Damia Campeni), but this raises doubts, since the master was then 80 years old. Perhaps he was only the author of the sketch, and the sculpture itself was cast by Santigosa. 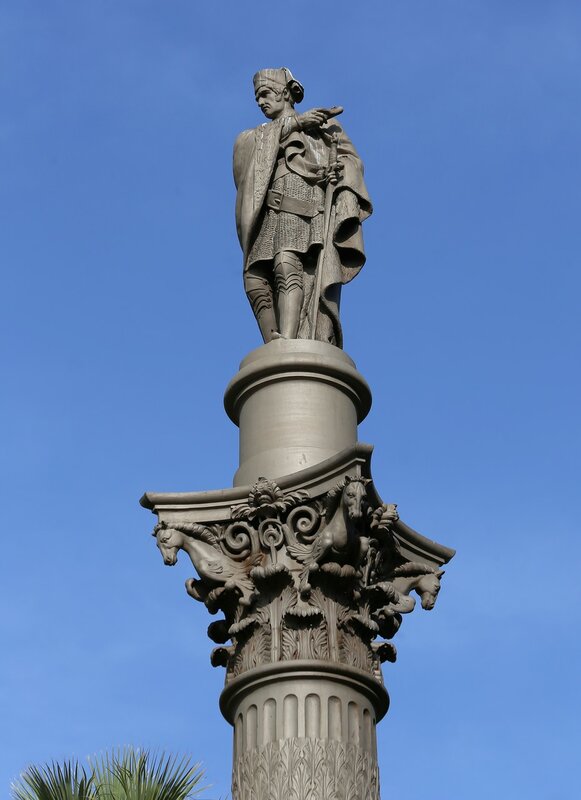 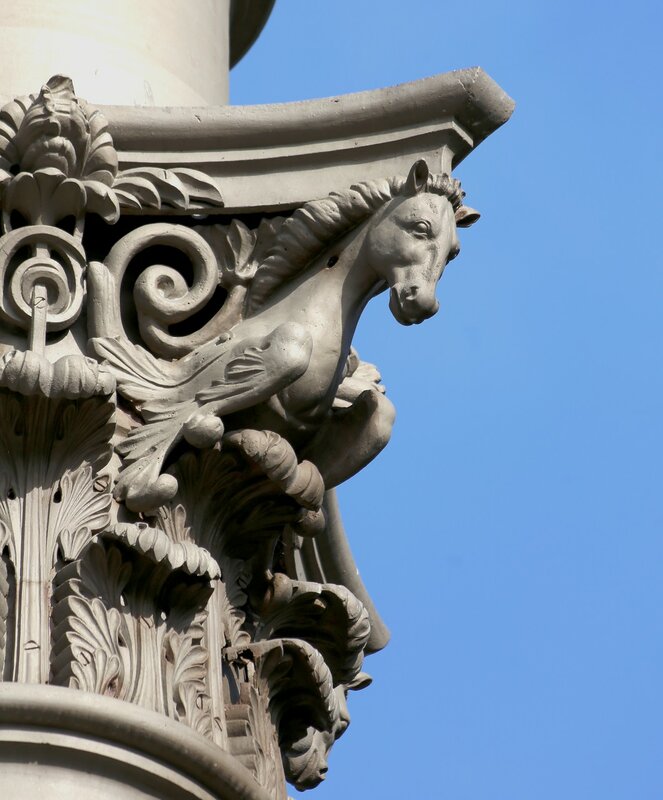