Narrow tangled streets of Santa Caterina brought me to a spacious and straight Boulevard Luis Companys. This alley is one of the most beautiful places in the city, named after the Republican President of the province of Catalonia, who was executed by the francoists in 1940 in the fortress of Montjuic. The beginning of the alley is decorated with a triumphal arch (L'arc de Triomf), which served as the main entrance to the world's fair of 1888.

The fences of the Boulevard are decorated with fancy cast iron casting. 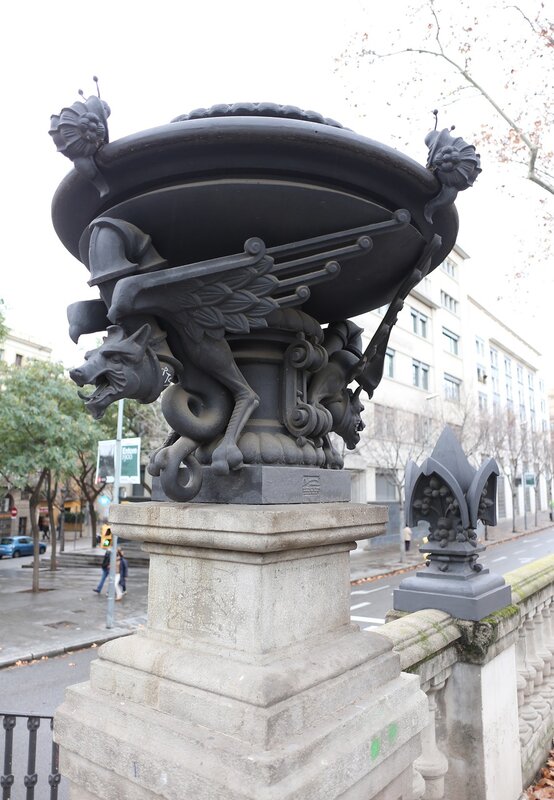 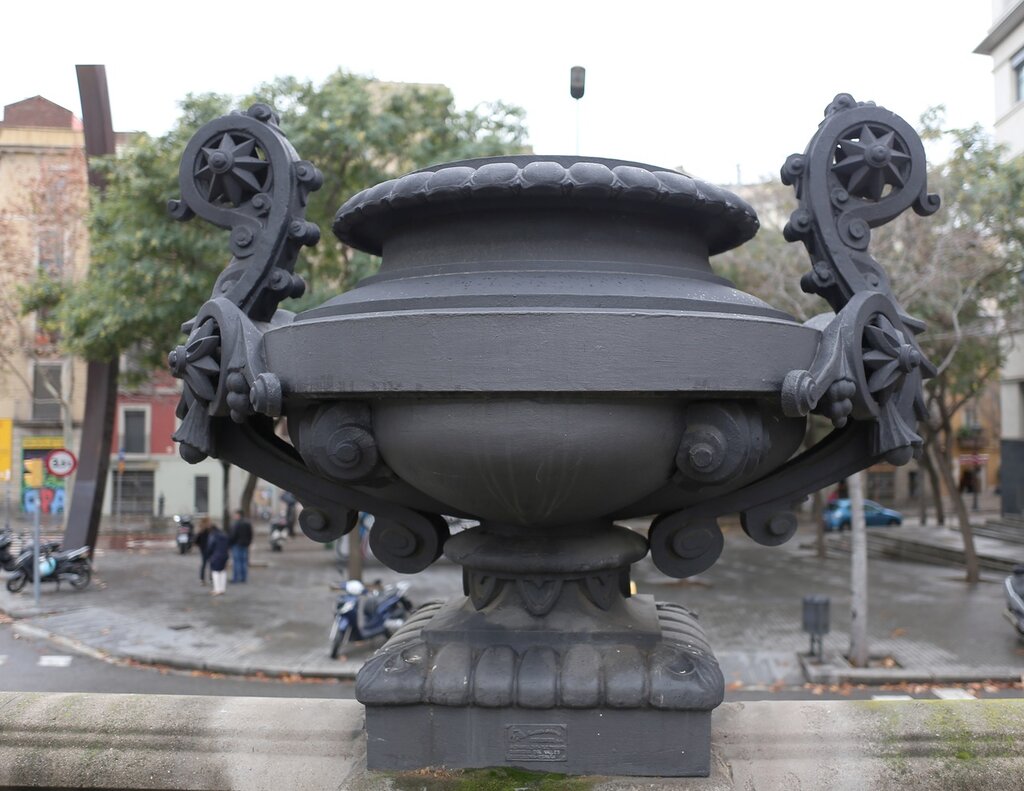 To the right of the arc de Triomphe is the Pere Vila school (Escola Pere Vila, on the map), built by the project of Josep Goday (Josep Goday) and consisting of three buildings - side for separate education of boys and girls, as was customary in pre-war Spain, between them is located the library. The buildings are connected by a gallery-colonnade. Construction began in 1921 and lasted 10 years. The buildings are built in the rationalist style and are decorated with classic elements - triangular pediments, decorative vases and bas-reliefs. There are several sculptures in the school yard. It's Christmas, vacation, so all the Windows are covered with blinds. 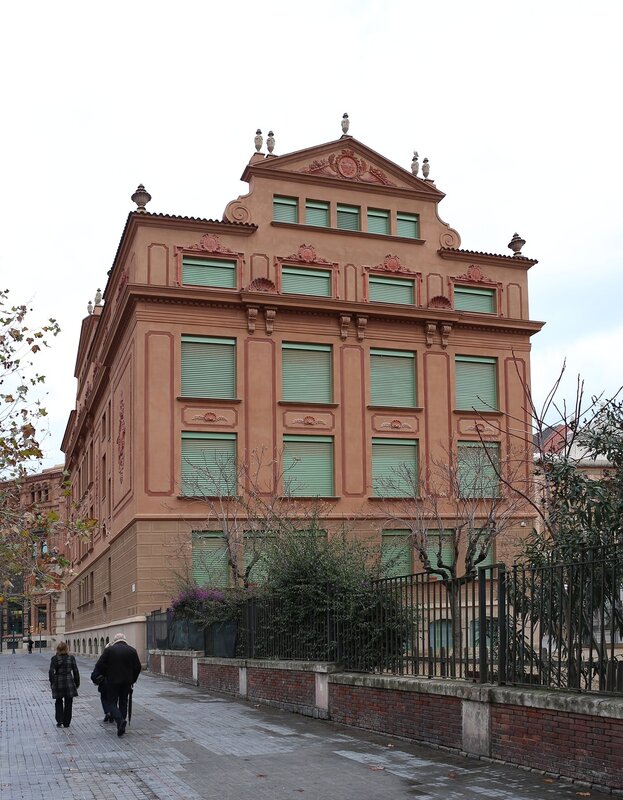 In front of the school, you can see the power station building, designed in 1896 by the architect Pere Falqués. Steel beams on the exterior of the facade emphasize the industrial purpose of the structure. The power plant was commissioned in 1910 and operated until 1977. Now the office of the electrical engineering company Fecsa Endesa, which owned the power plant, is located here. The building retains the control point of the old power plant, cast-iron spiral stairs and the bridge crane of the engine room. 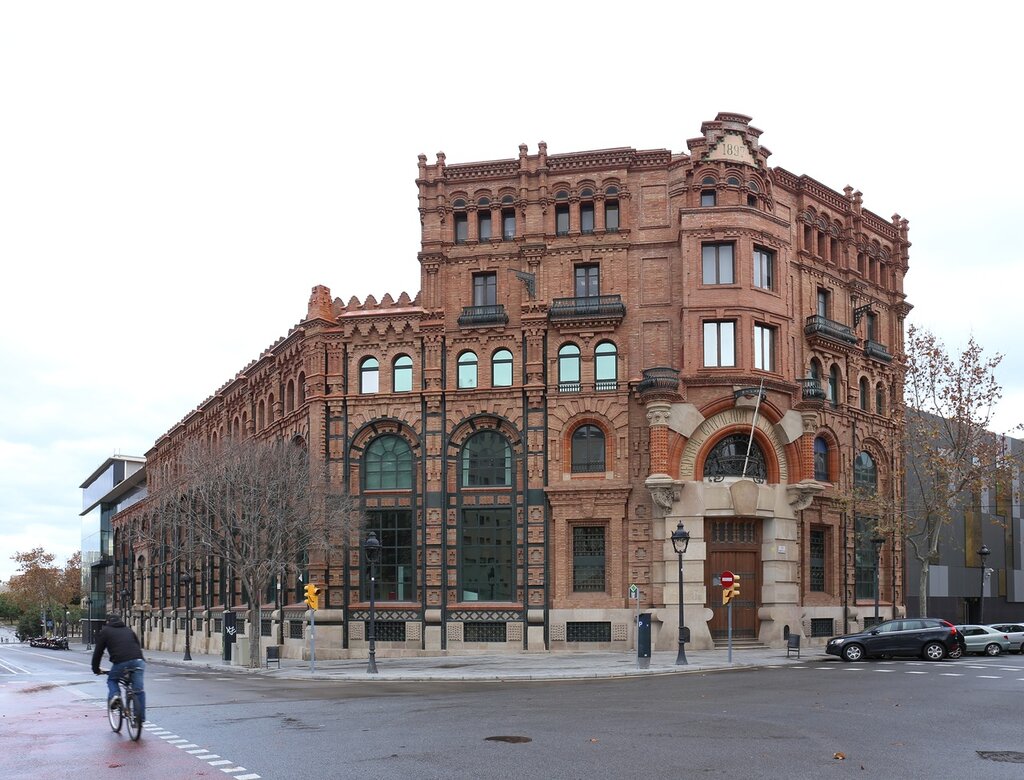 Going further, we will see the Northern railway station, to the right of which there is a sculpture ParkBeverly Pepper