Plaza Catalunya, May. Pigeons and pickets

Returning to my hotel in the evening, I paused at Plaza Catalunya. 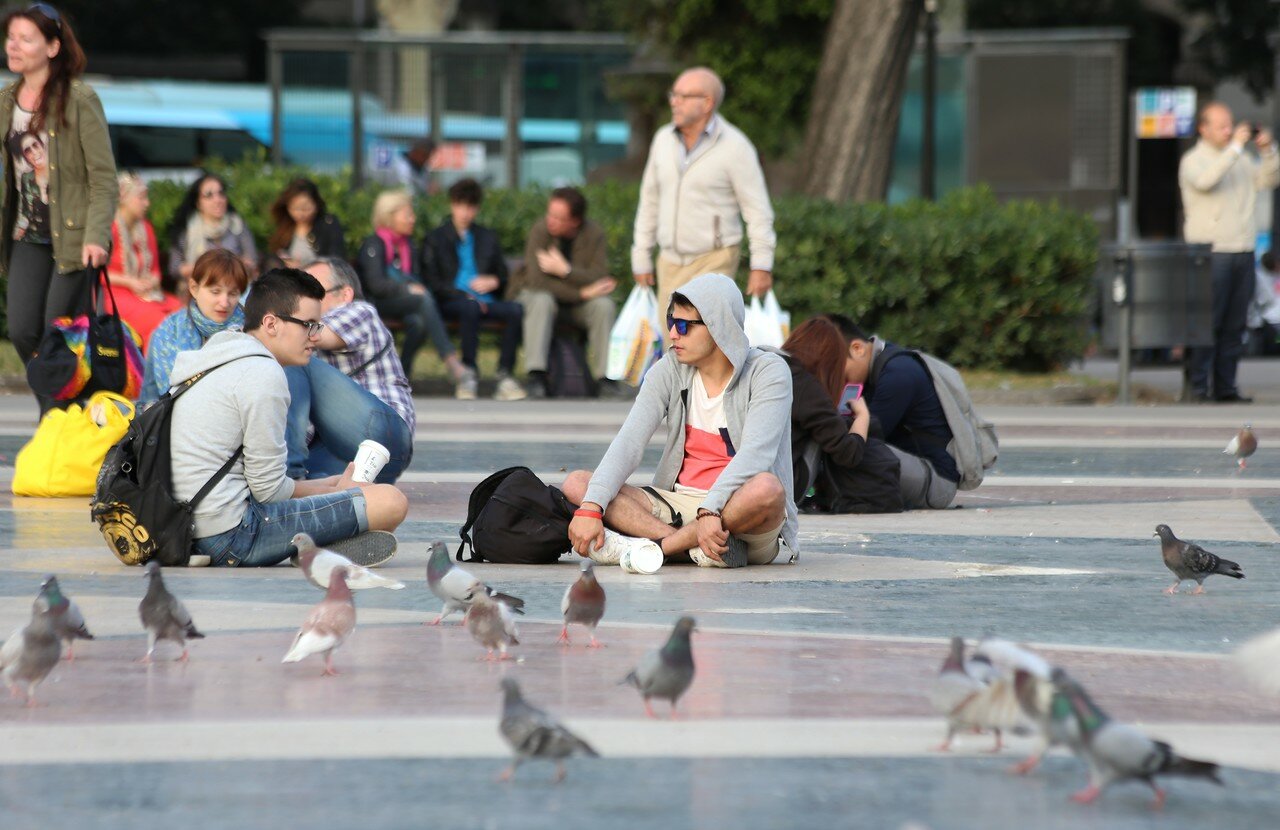 My attention was drawn to the scenes with feeding pigeons. In General, in European cities this is not encouraged, and in some places can be fined. 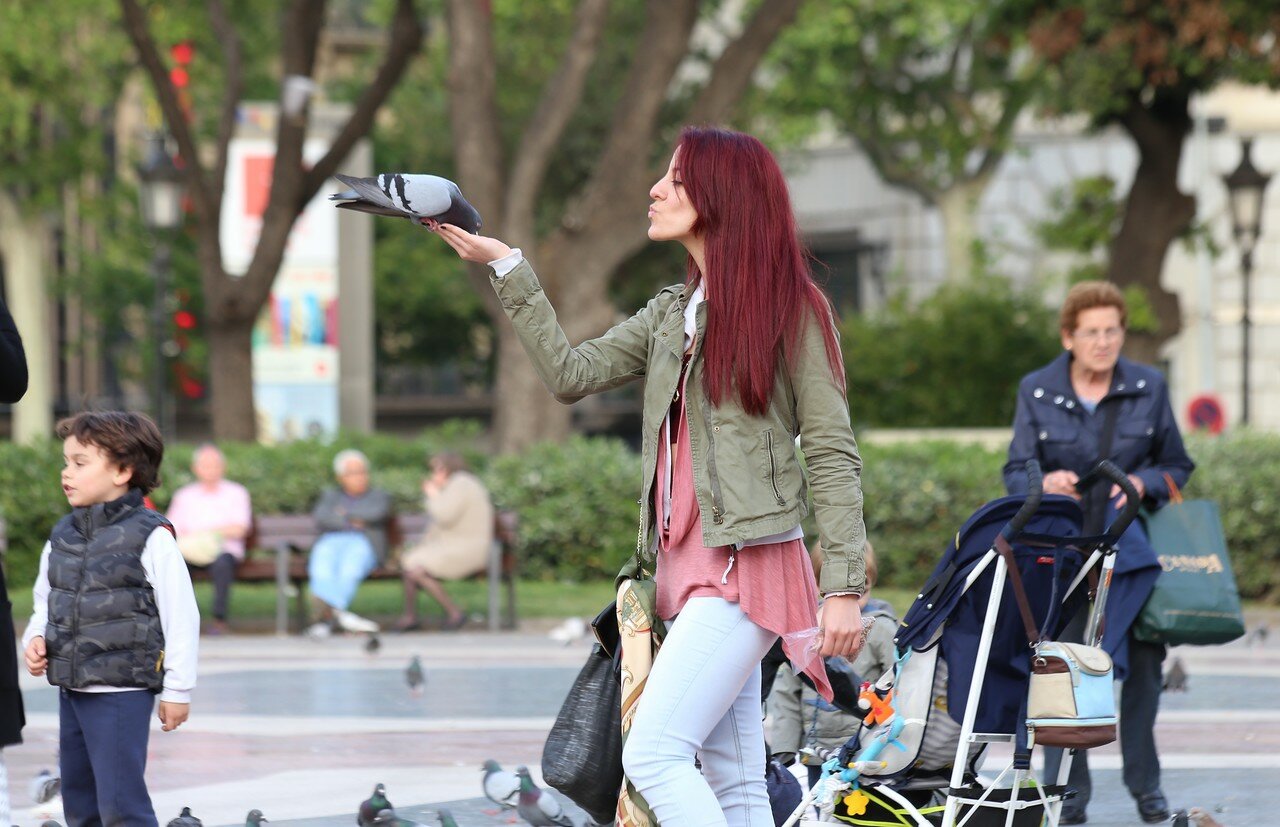 There are no restrictions in Barcelona. Pigeons are really tame, calmly sit on your hands. 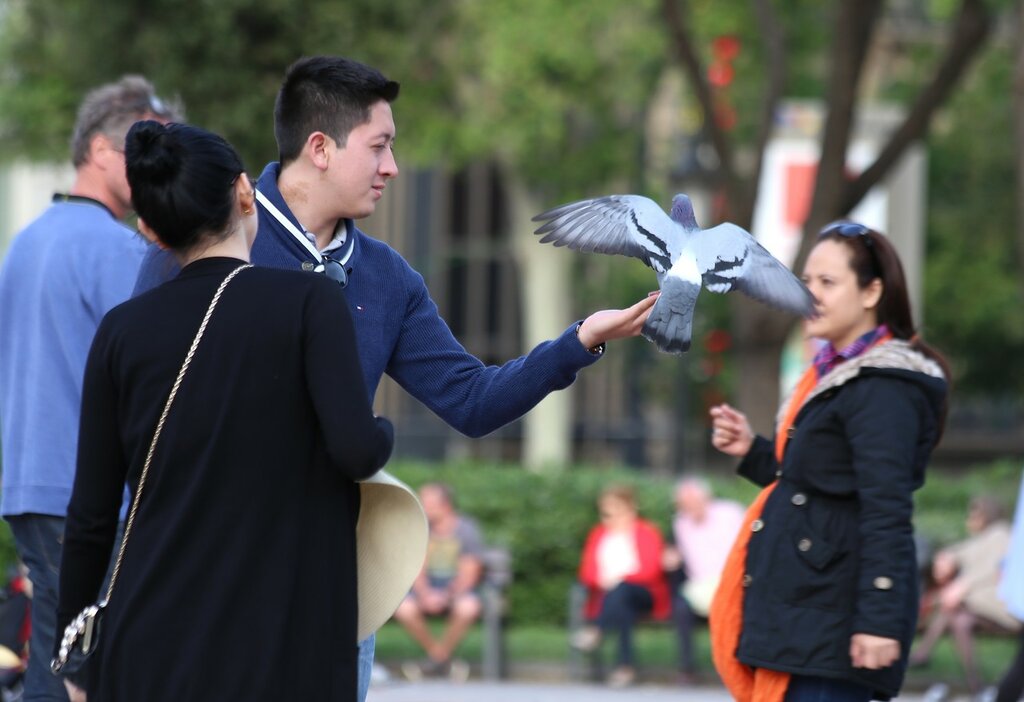 Some tourists film this process on video. 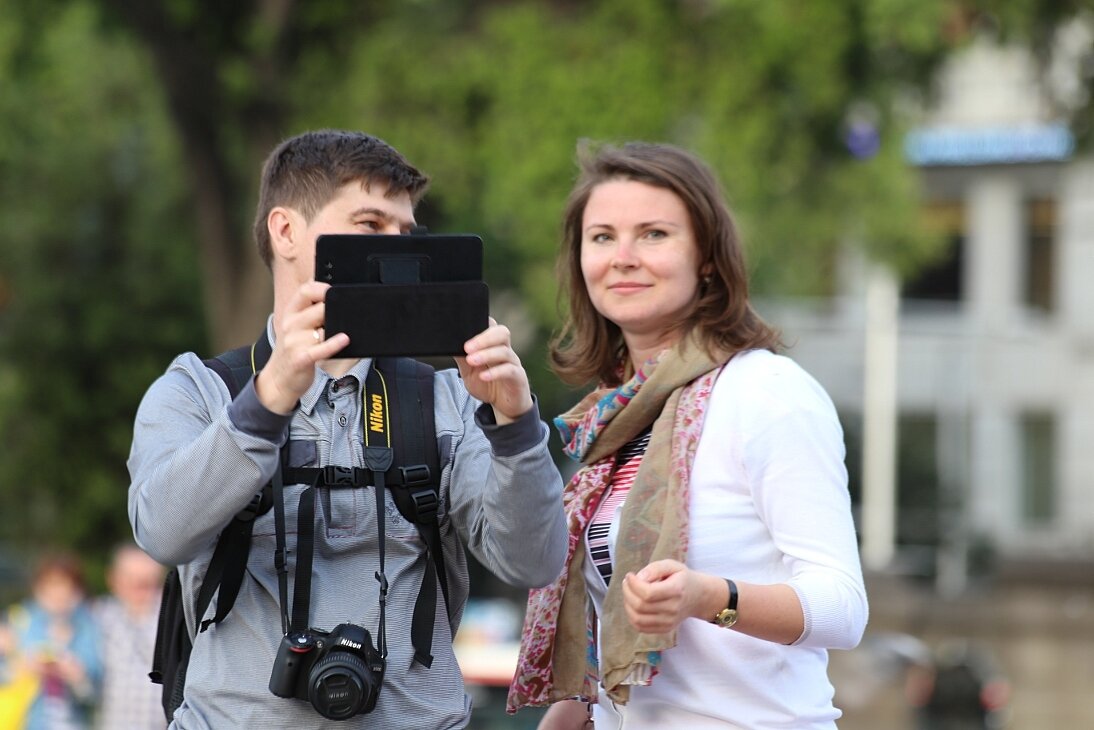 It is amazing how the authorities of Barcelona keep under control the population of pigeons, which are regularly fed by the public. In the yard next to mine, for example, there were "good people" who spread bread crumbs and cereals. There's no way out of those flying rats right now. 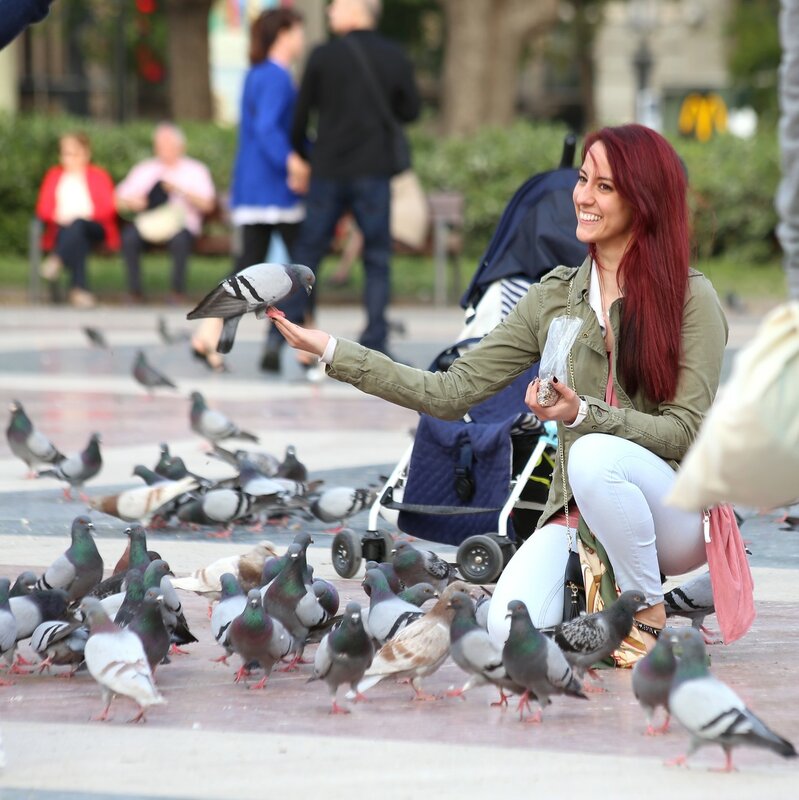 While the idle public feeds pigeons, nearby people are trying to solve social and financial problems. A small but noisy picket line gathered outside the La Caxia Bank branch. 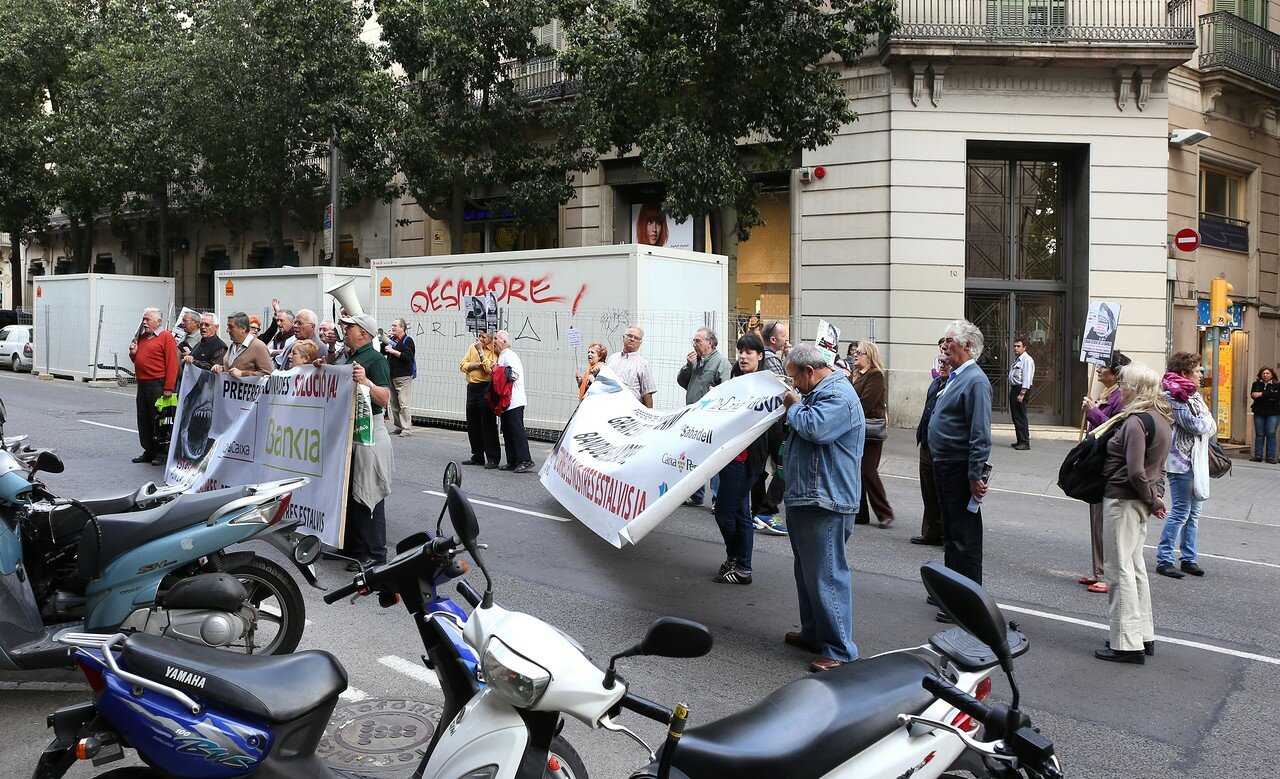 The banner reads: "Big banks and bankers are thieves, return our savings." 2014-the peak of the financial crisis in Spain, which threatened the solvency of leading banks. Despite the storm of emotions issued in a megaphone by picketers, everything is within the bounds of decency. A couple of minutes after the start, a police car pulled up, but there were no attempts to stop the riot, the police with a bored look watching what is happening. They did not show any emotions even when the protesters began to glue paper with demands on the glass of the office. 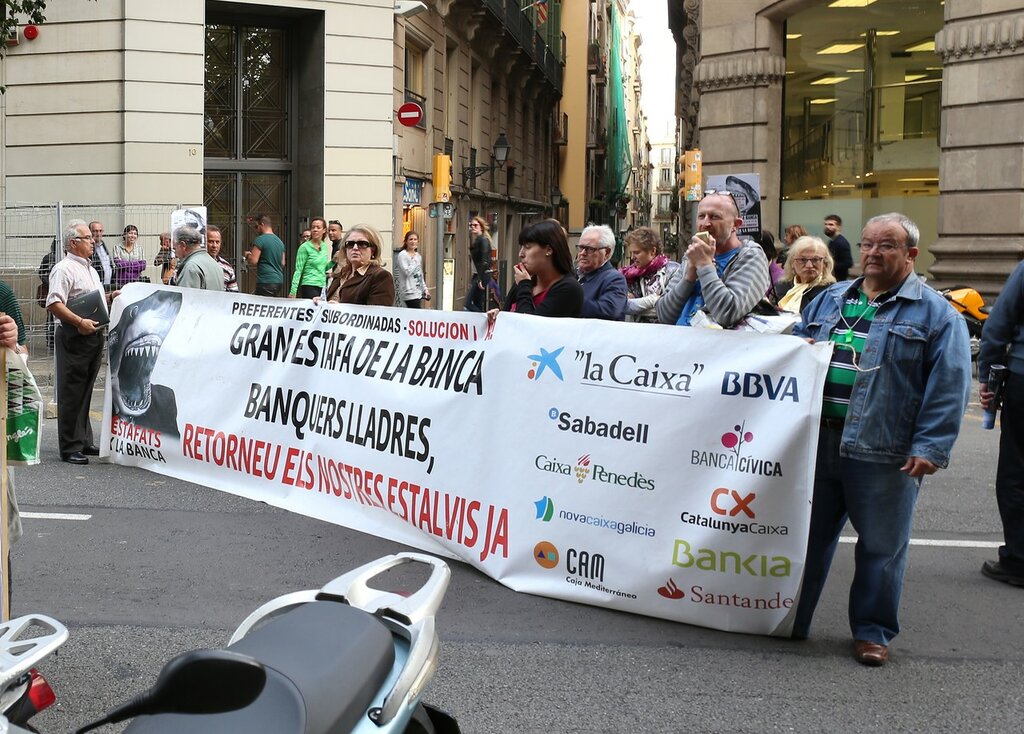