Monument to Joan Güell i Ferrer

From the Rambla de Catalunya to the Gracia Boulevard, the Gran via divides The Queen Victoria Garden into two lanes. There is a monument to Joan Guel, an economist, textile magnate, and politician (on the map). 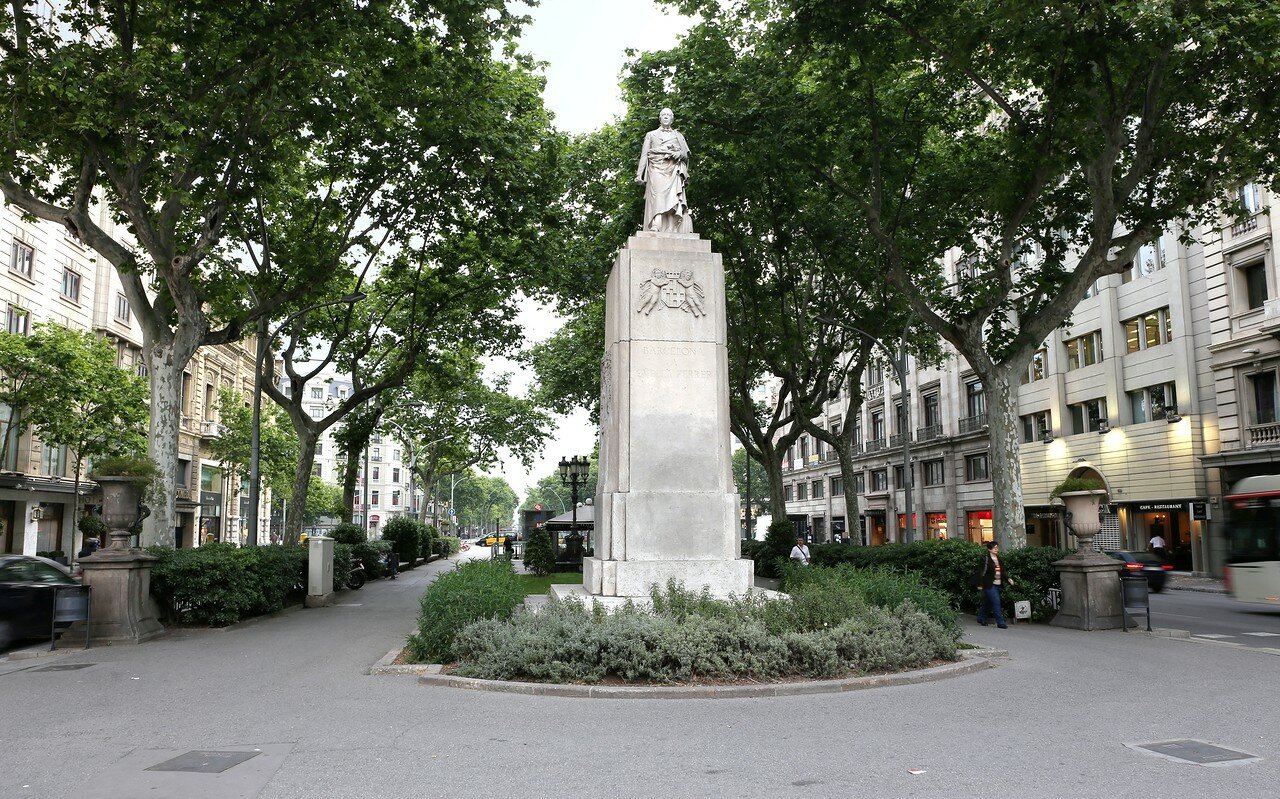 Joan Guell i Ferrer comes from a family of Barcelona merchants who moved to do business in the Dominican Republic. However, things did not go well, soon after his father died, and in 1816, Joan returned to Barcelona. After receiving a marine diploma as a merchant ship captain, Joann went back overseas to Cuba, where he founded a trading company and soon became Director of the import and export Association. The main commodity with which Cuban businessmen did business was slaves, which were "imported" from Africa and exported to the plantations of the southern United States. Over the course of a decade, Guel had made enough money to become interested in investing it in a more respectable business. In the mid-thirties, he spent some time studying industrial production in the United States, after which he returned to Barcelona, where he founded a steel company, then established the production of weaving machines. In 1946, his brother-in-law died, leaving Guel a textile factory where the industrialist established the production of velour fabric for the first time in Spain. In 1857, Guel became a Deputy of the Cortes and actively promoted the policy of protectionism - the creation of conditions for the development of domestic production and restrictions on the import of imported goods. Guel became the founder of a family of Industrialists known for their patronage. In particular, his son provided funding for the works of Antoni Gaudi, one of the most famous - Park Guel, which received the name of the sponsor.. 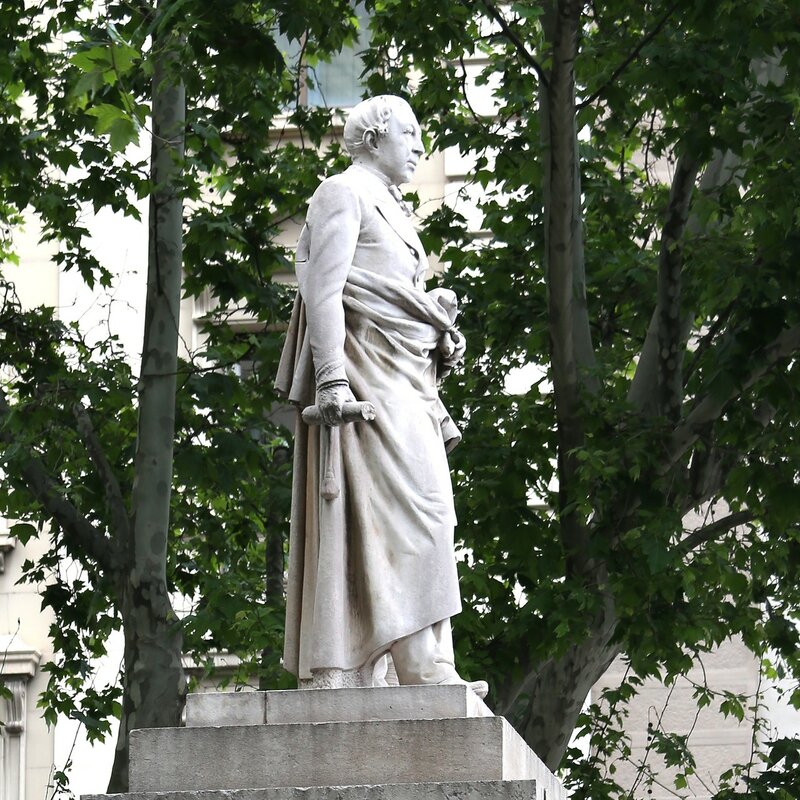 For John Gul's work in defending the interests of Catalan Industrialists, a group of businessmen led by Jose PI Solans organized a Fund to raise funds for the monument. The monument was designed by architect Joan Martorell, sculptors Rossend Nobas, Torquat tasso, Eduard B. Alentorn, Maximi Sala and Francesc Pages y Serratosa.the monument was unveiled on may 31, 1888. The pedestal is decorated with bas-reliefs depicting allegories of agriculture, industry, art and Commerce. In 1936, the monument was destroyed by anarchists (that is, the more I learn about the Spanish Civil war, the more I am convinced that "fighters for national happiness" can only destroy). In 1945, the monument was restored, although not in full, by the sculptor Frederick Mares executed an exact replica of Guel's figure in white marble, the architect Joaquim Vilaseca worked on the pedestal. 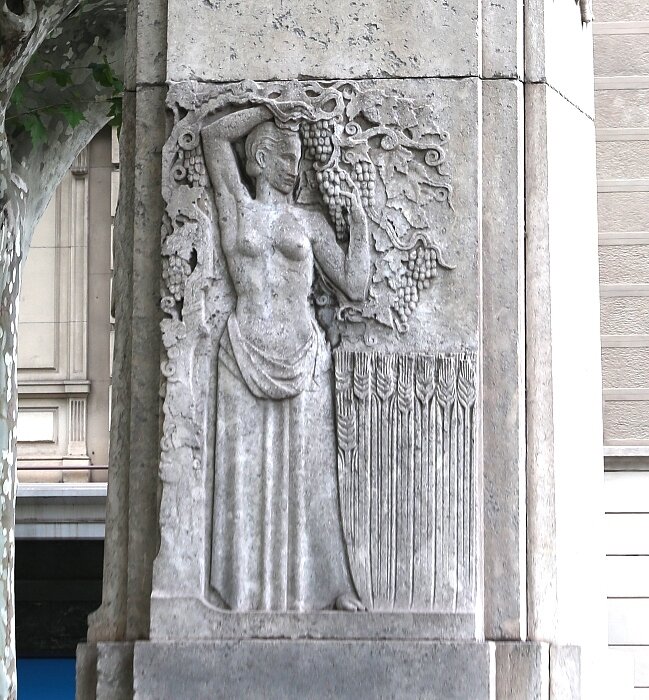