The embankment is a wide palm Avenue that stretches along the Old port (Port Vell). 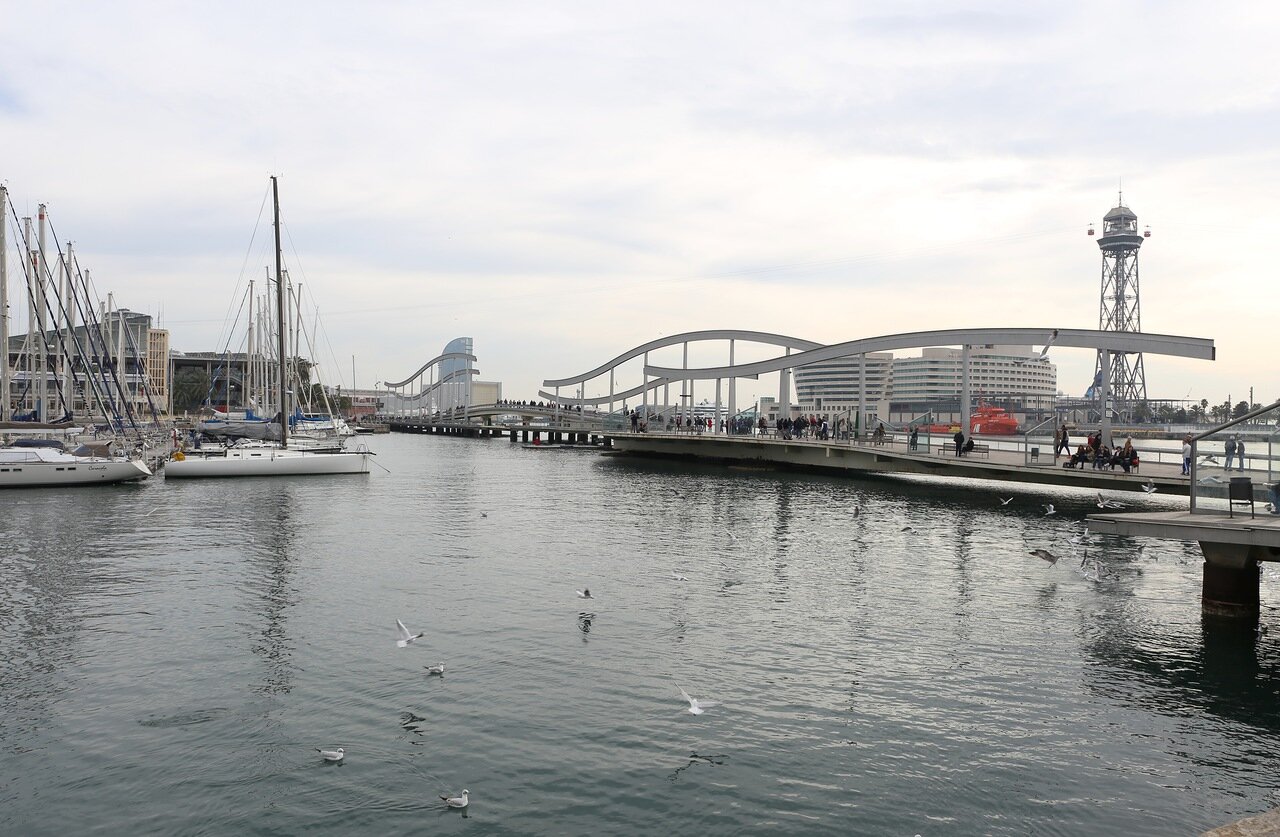 At the very beginning of the embankment, behind the port Authority building, the schooner "Santa Eulalia" is moored, the largest exhibit of the Maritime Museum of Barcelona (more detailed). 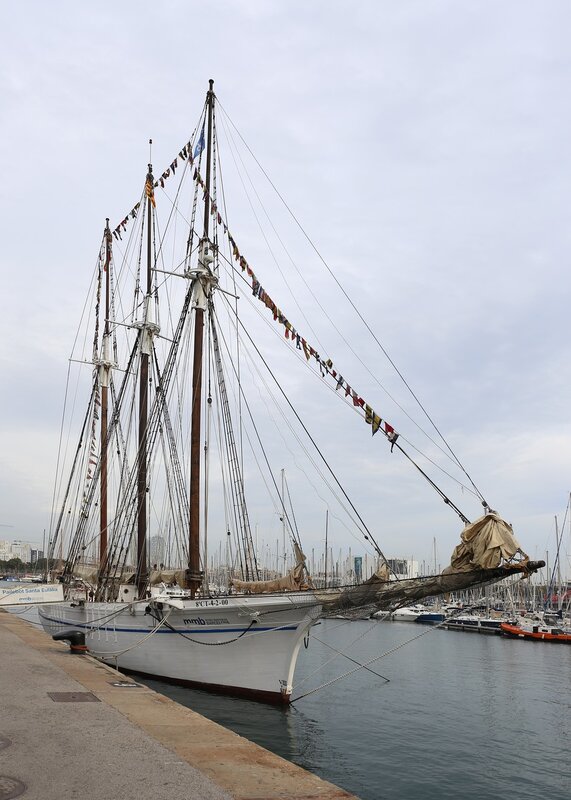 Opposite the schooner, you can see a monument to Joan Salvat-Papasseit (1894-1924), the Catalan avant-garde poet, author of the "First Manifesto of Catalan futurism". 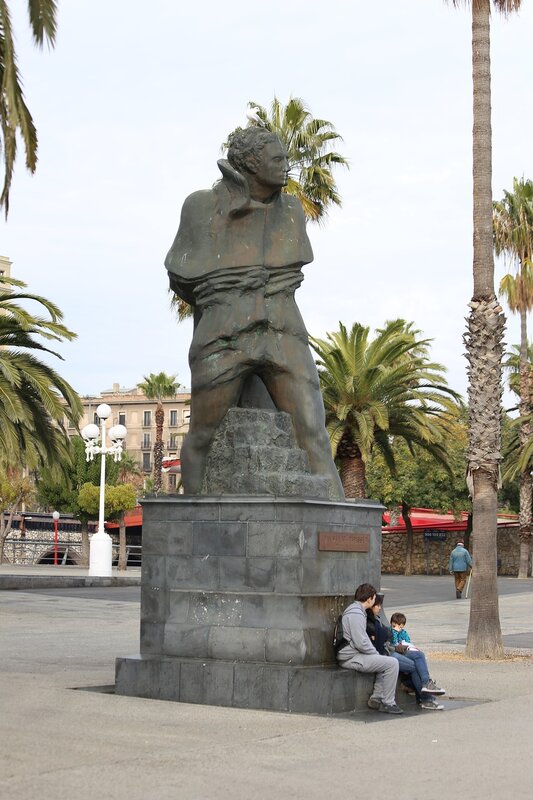 After another hundred meters, we will see the surreal sculpture "The Couple" (La Parella). So the Chilean artist Lautaro Diaz Silva depicted two lovers. 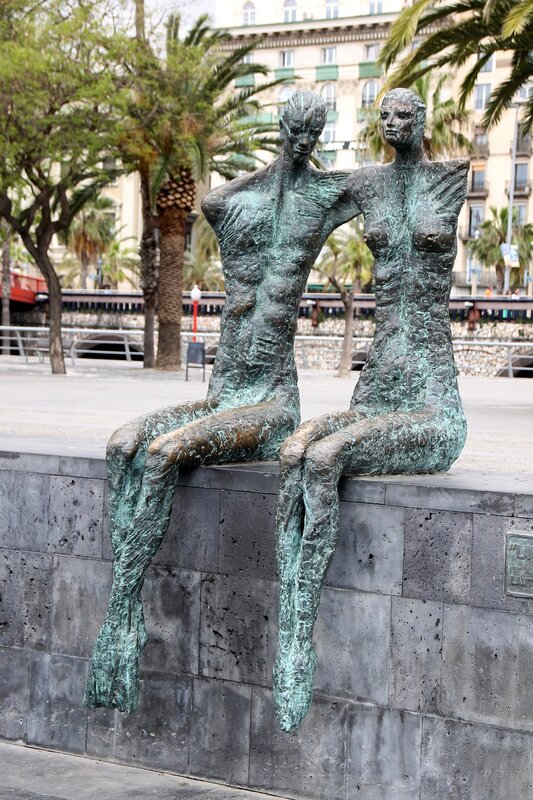 A little further on is a steel pedestrian bridge painted bright red. 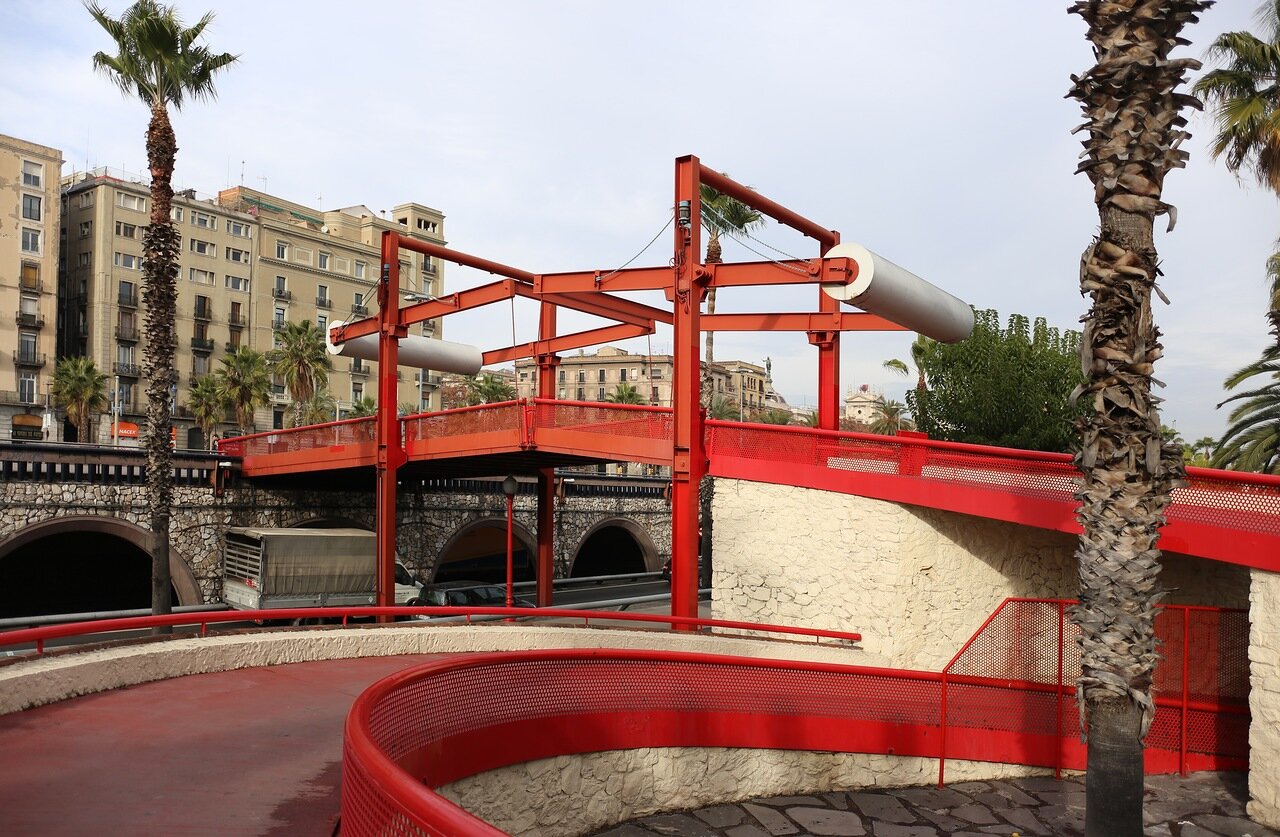 Why it was made a divorce is unclear. I have seen bridges of this design on canals in France. 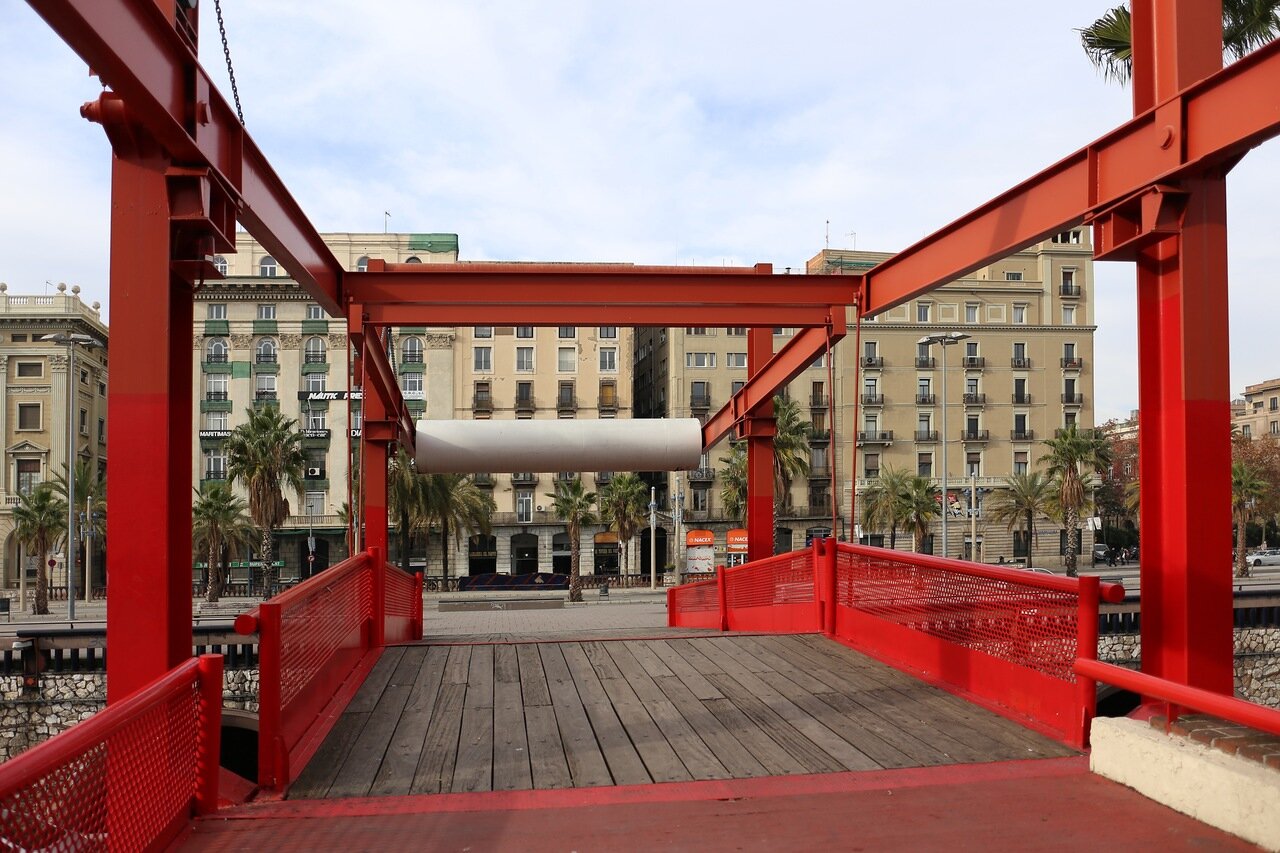 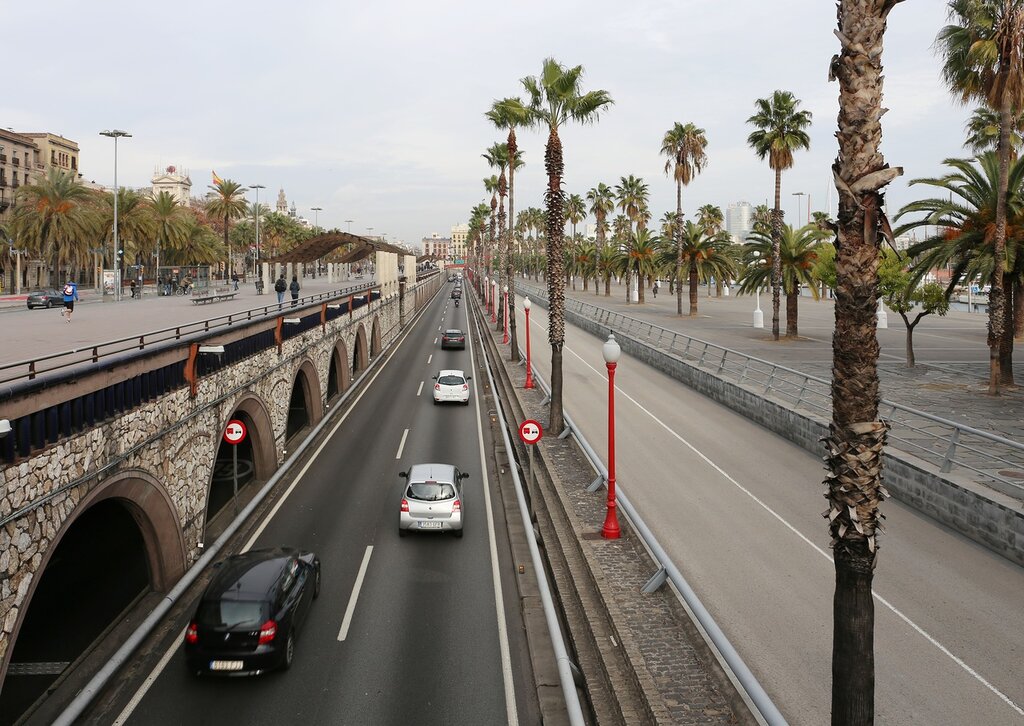