After looking at the bizarre monumentsFrom the Gare du Nord Park, I went out onto the Meridian Avenue, which starts from the Citadel Park and extends to the Sant Andreu district. This is one of the most important highways in Barcelona, connecting the center and Northern part of the city. Absolutely straight street strictly oriented from South to North, for which it got its name.
This building, which looks like an ordinary shopping or office center , is actually a huge ritual complex "Tanatorio Sancho de Ávila". The unique architectural solution includes a mortuary, 20 farewell halls, 2 funeral halls, a crematorium and tombs, a restaurant, a hotel and Parking. There is absolutely everything necessary for sending the departed on their final journey. The institution, the first of its kind, was opened in 1968 and caused a lot of controversy about the feasibility of placing such an institution practically in the center of the city. It is noteworthy that in June 2013, the management of the complex decided to corporatize the institution. The owners of most of the shares were employees of the company, just like Lenin: "factories - workers". This became a kind of incentive for employees to perform their duties better and gave them the opportunity to influence the decisions of the administration related to the work of the company. Time will tell how successful this experiment will be. 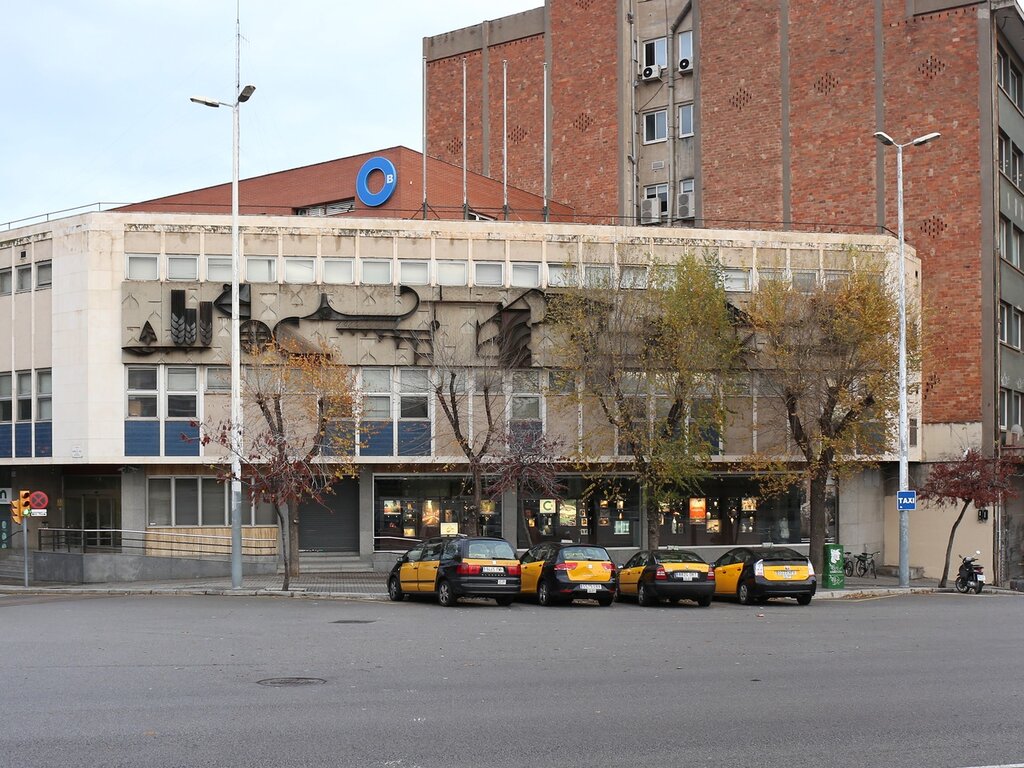 The weather finally settled down, the evening sun appeared, and I moved on, deciding to still reach the "Banana" - the "Agbar"tower . 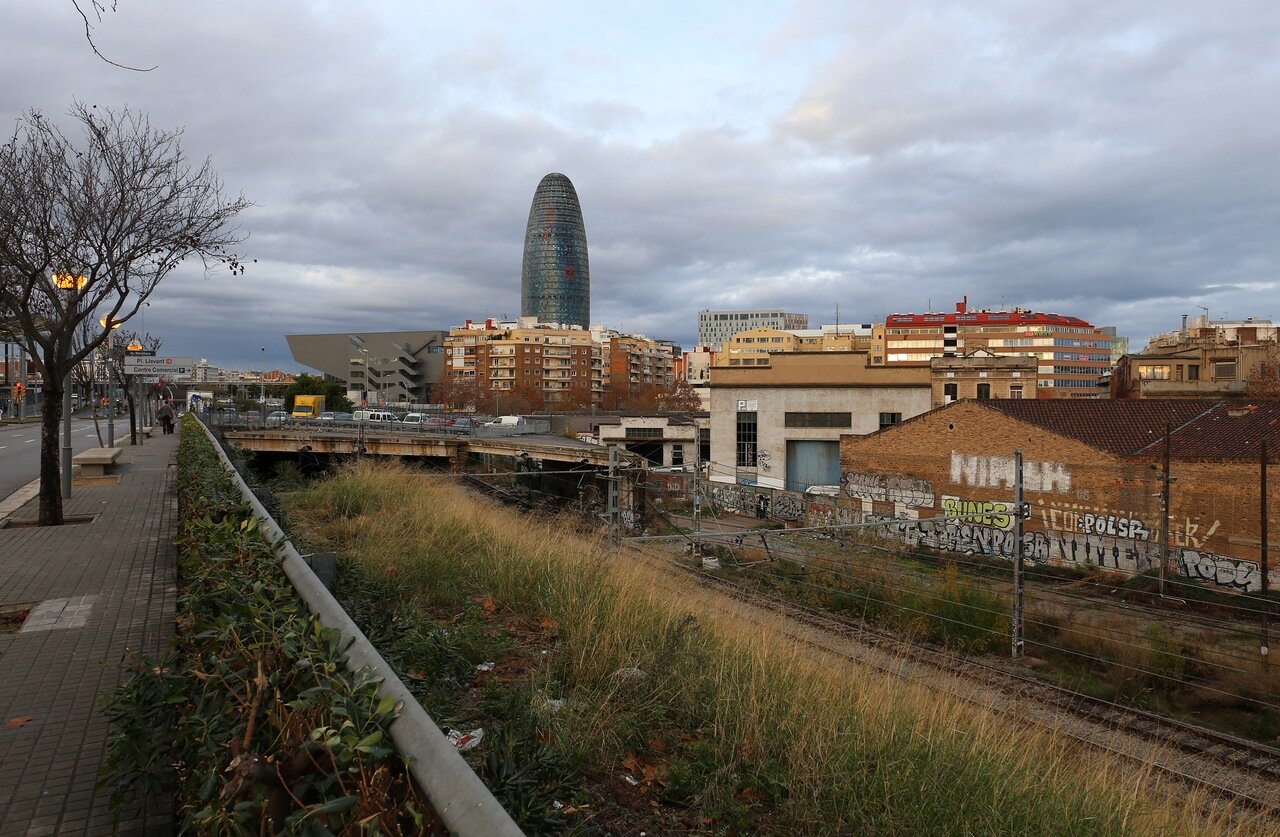 The section of the Meridian from the Gare du Nord to the place de La Glorieuse is bounded on the right by the old railway line, and on the left is a real center of culture. Here is the Barcelona concert hall (I don't know why, but I didn't get it in the frame) and the national theater of Catalonia (Teatre Nacional de Catalunya). The building was built in 1996 according to the project already known to us by Ricardo Bofill (Ricardo Bofill). The glass facade of the building forms a kind of greenhouse - the lobby of the theater is decorated with exotic vegetation. In three halls of the theater, performances are given in a variety of genres - from classics to children's plays and musicals, productions are performed in the Catalan language. 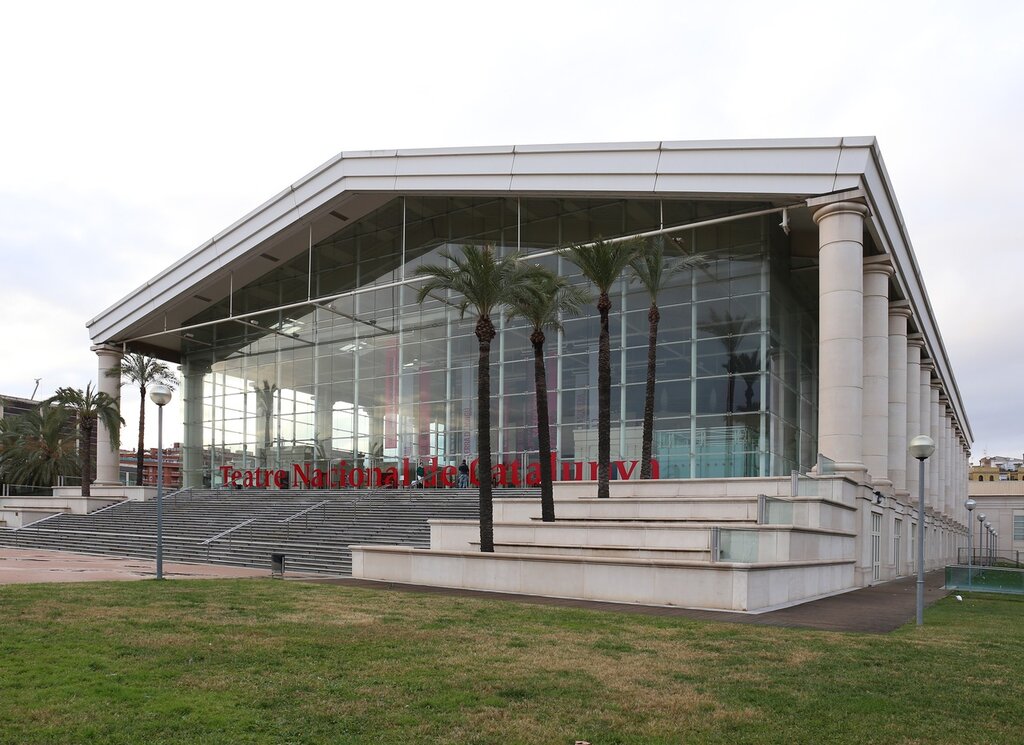 Then there is a building of futuristic architecture - the market of fra-de-Bellcarees, more often called" Old charms " (Encants Vells). 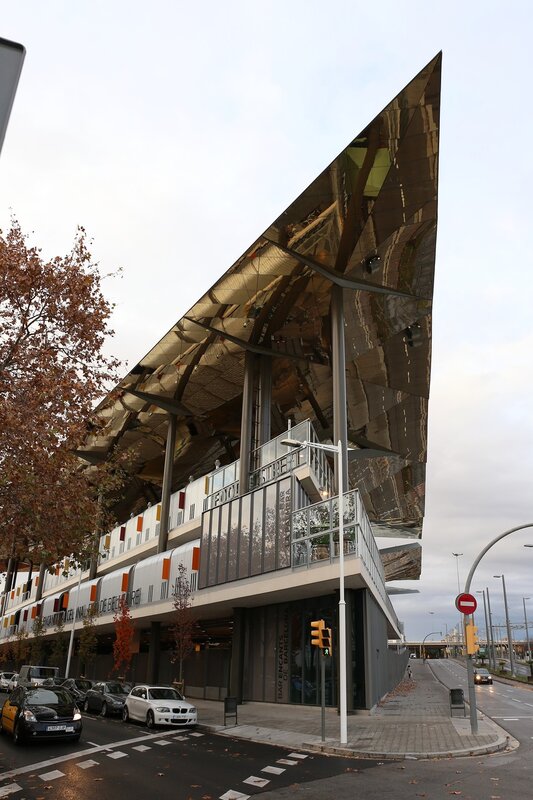 Behind the market, you can already see the Plaza De les Glòries Catalanes, next to which is the Barcelona HUB and the Agbar tower. 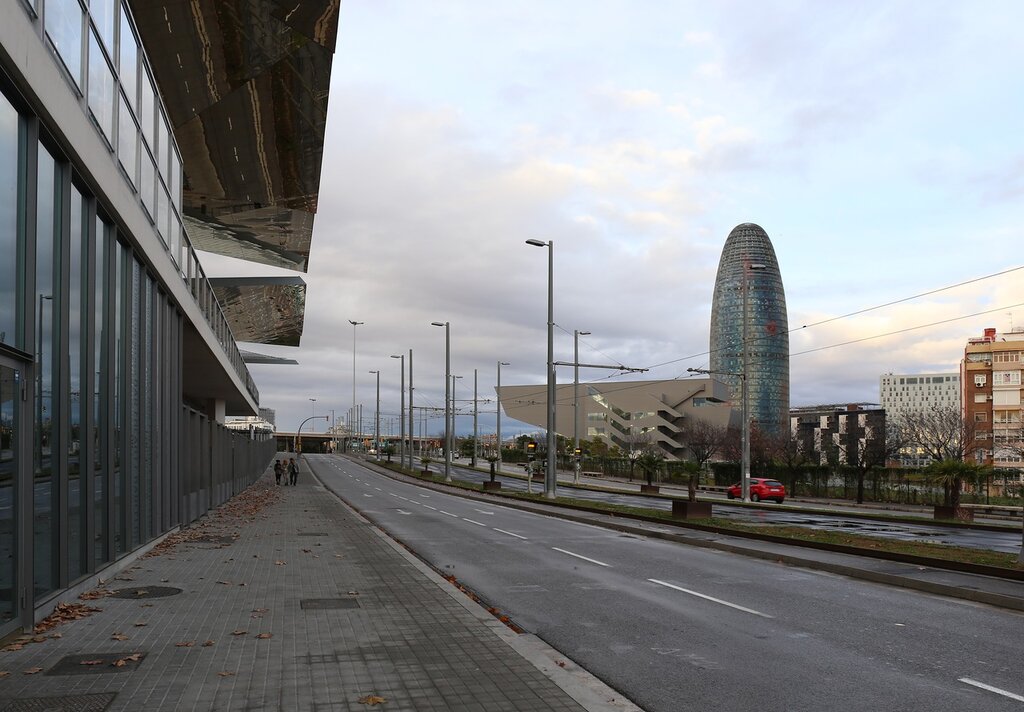