Let's move to another part of The alcalde Park, which is located above the South-Eastern slope of Montjuic mountain. 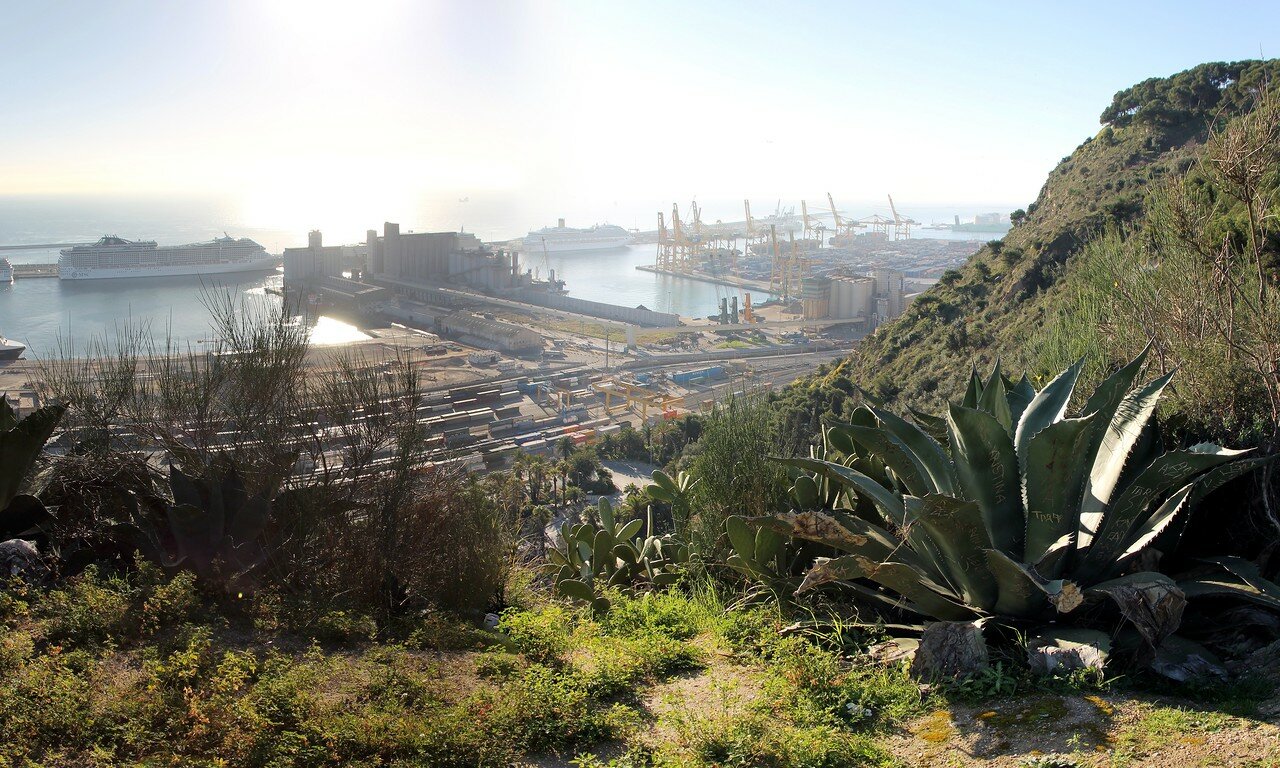 From this position, you can view the panorama of the cruise port of Barcelona.

The passenger docks of the port of Vell (on the left) were built in the early 20th century, but eventually stopped accommodating huge cruise liners. After the 1992 Olympics, Barcelona became a true tourist Mecca, and by the beginning of the new Millennium, the cruise port was significantly expanded. 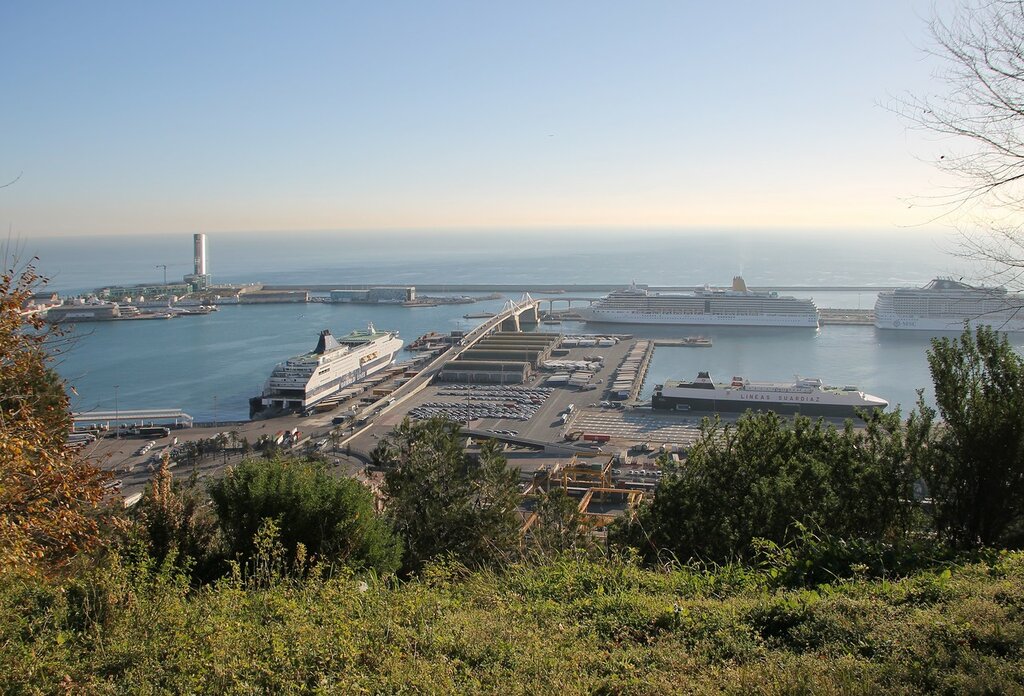 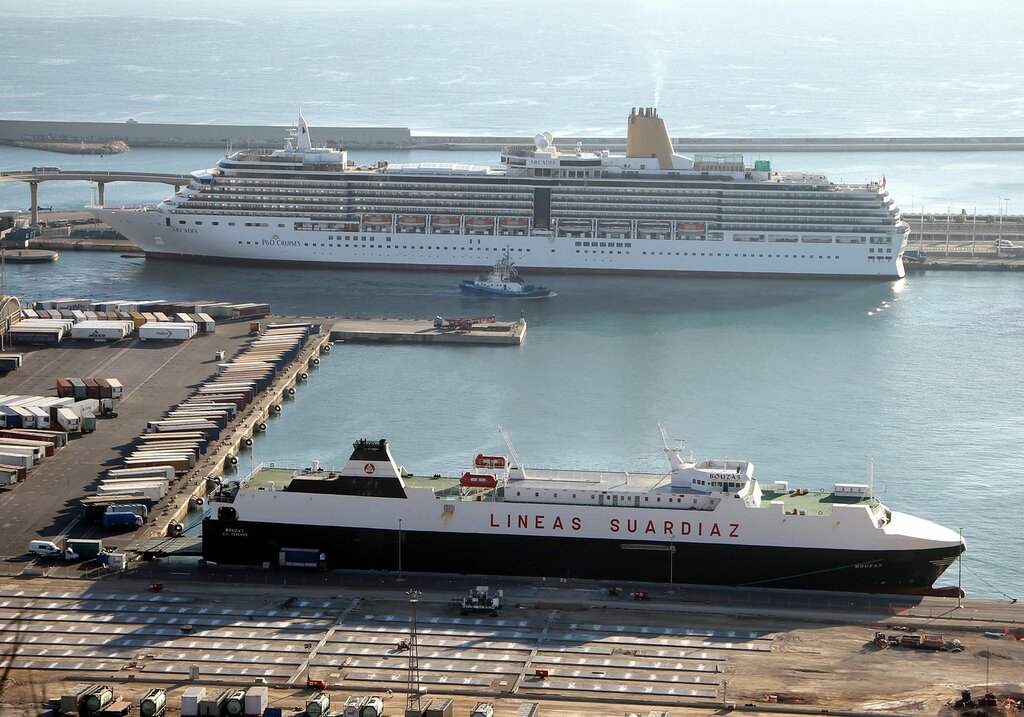 These are the most remote Parking lots from the city center. You can get here by taking the Blue bus, which goes to the port from the Porta de La Pau square. 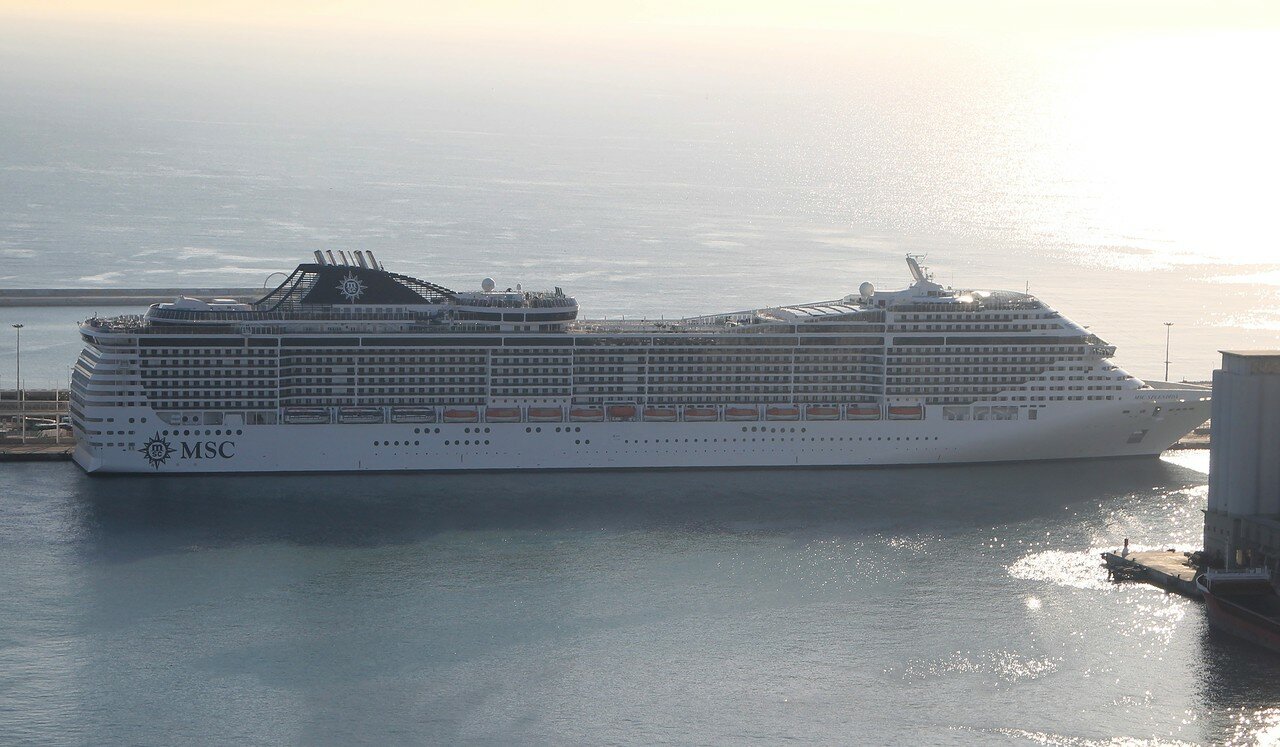 The pier is connected to the shore by the Pont De la Porta d'europa bridge, opened in 2000. 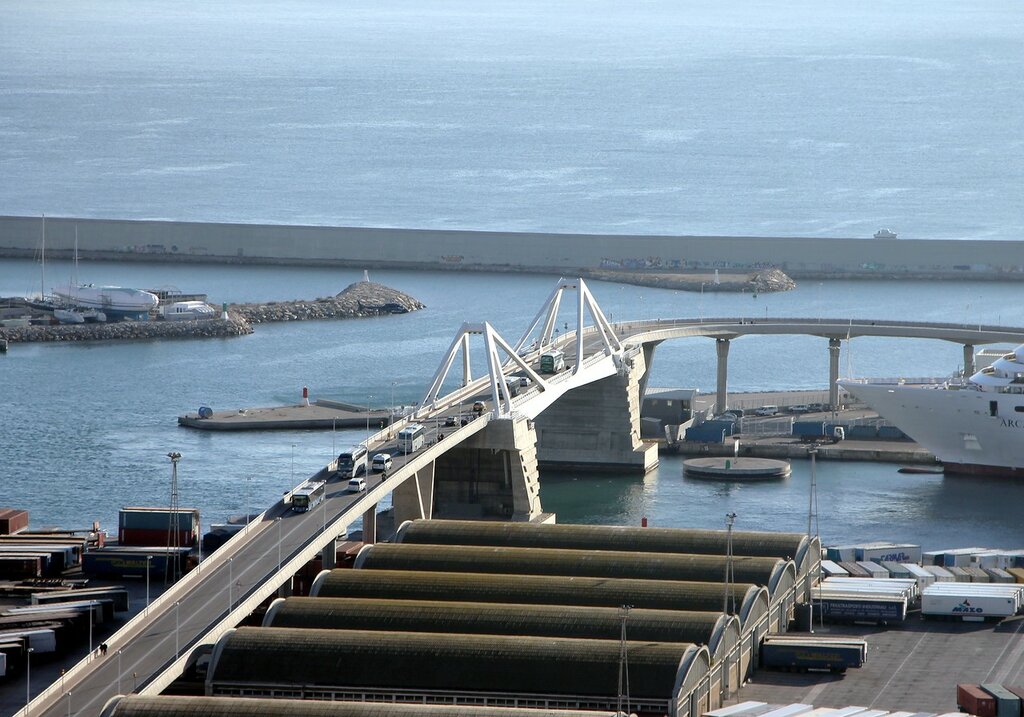 The old part of the port is now used by regular car ferries connecting Barcelona with the Balearic Islands, Sardinia, and Genoa. 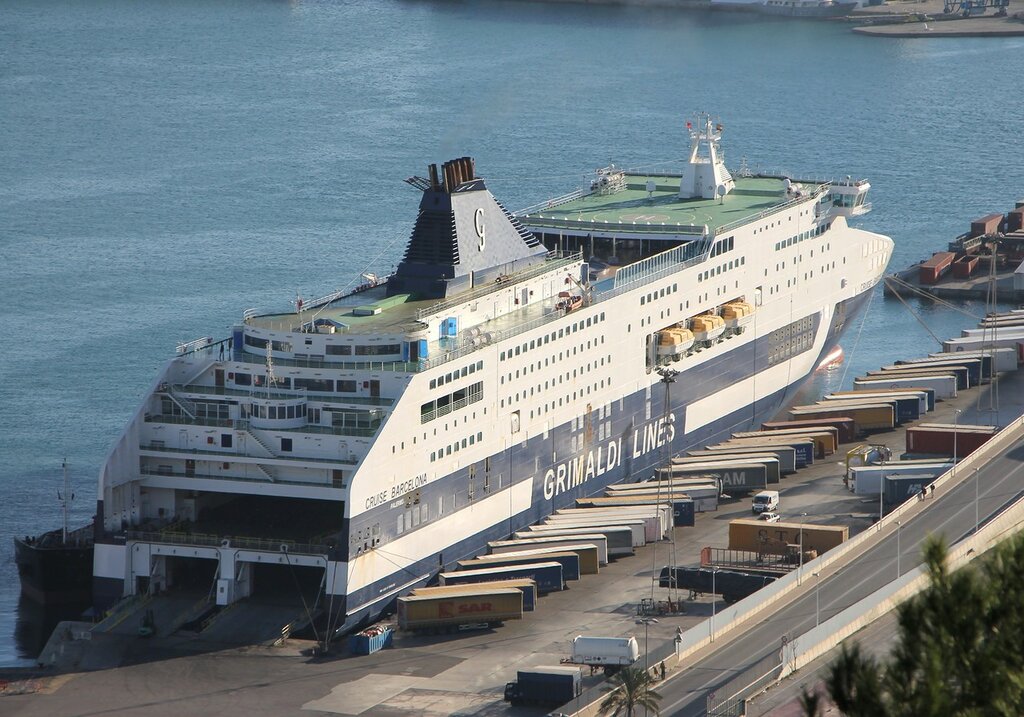 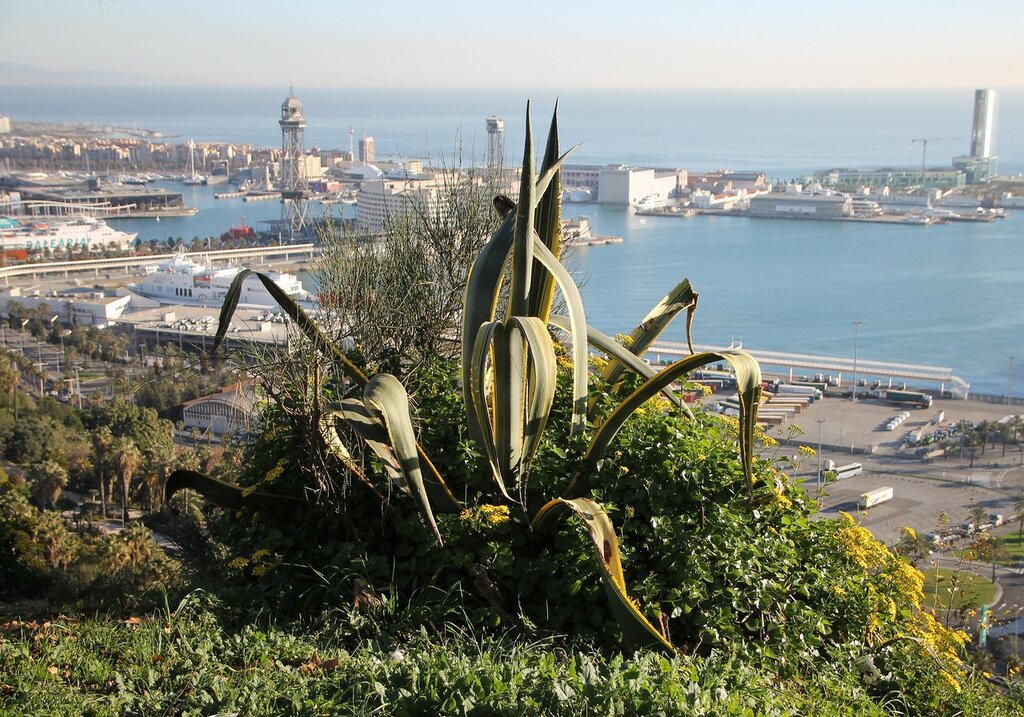 A few words about the Park where the observation platform is located. The Park was built in 1968-1969 according to the project of landscape architect Joaquim Casamar, the author of the fountain-sculptor Carles Buigos. 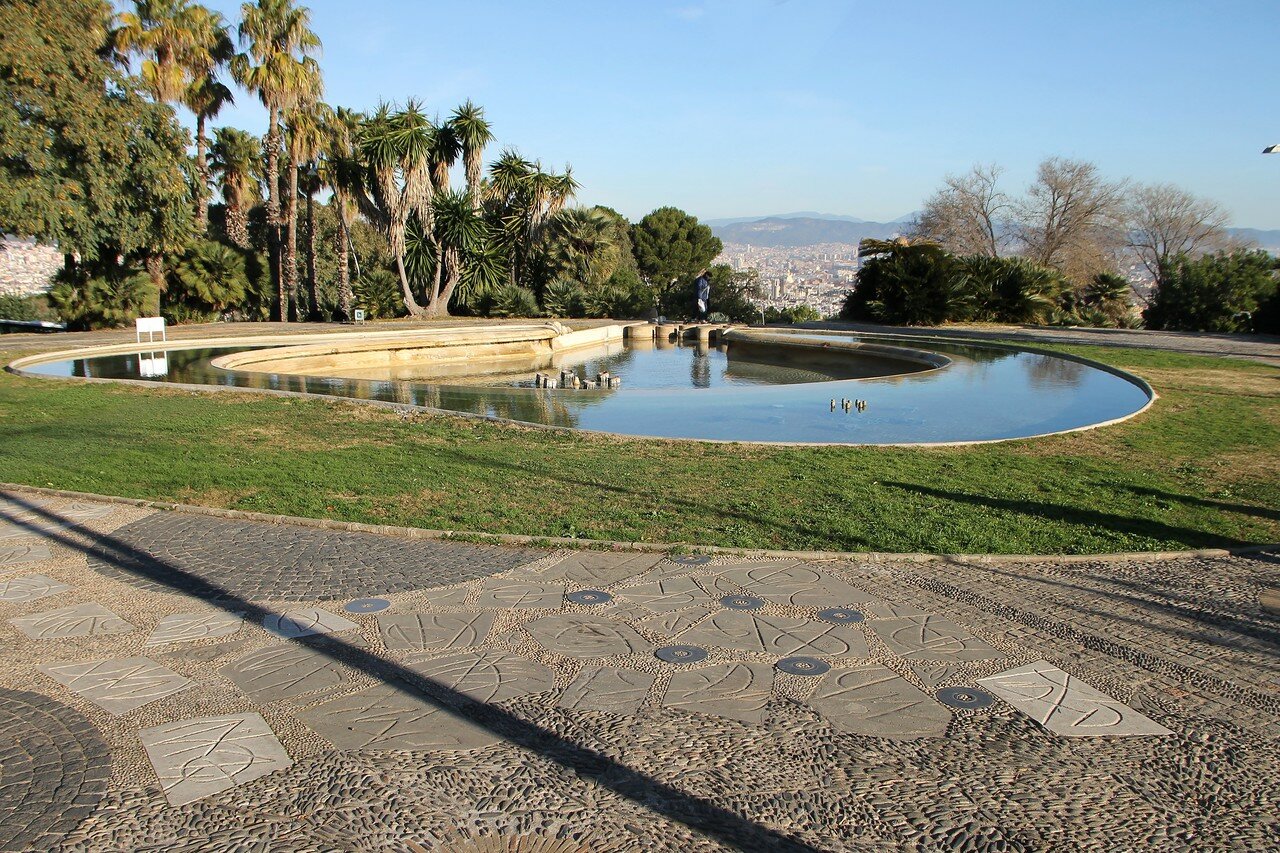 The pavement of the Central square of the Park is notable for the fact that in addition to pebbles and red bricks, you can see the details of mechanisms under your feet - gears, bushings, washers, and so on. 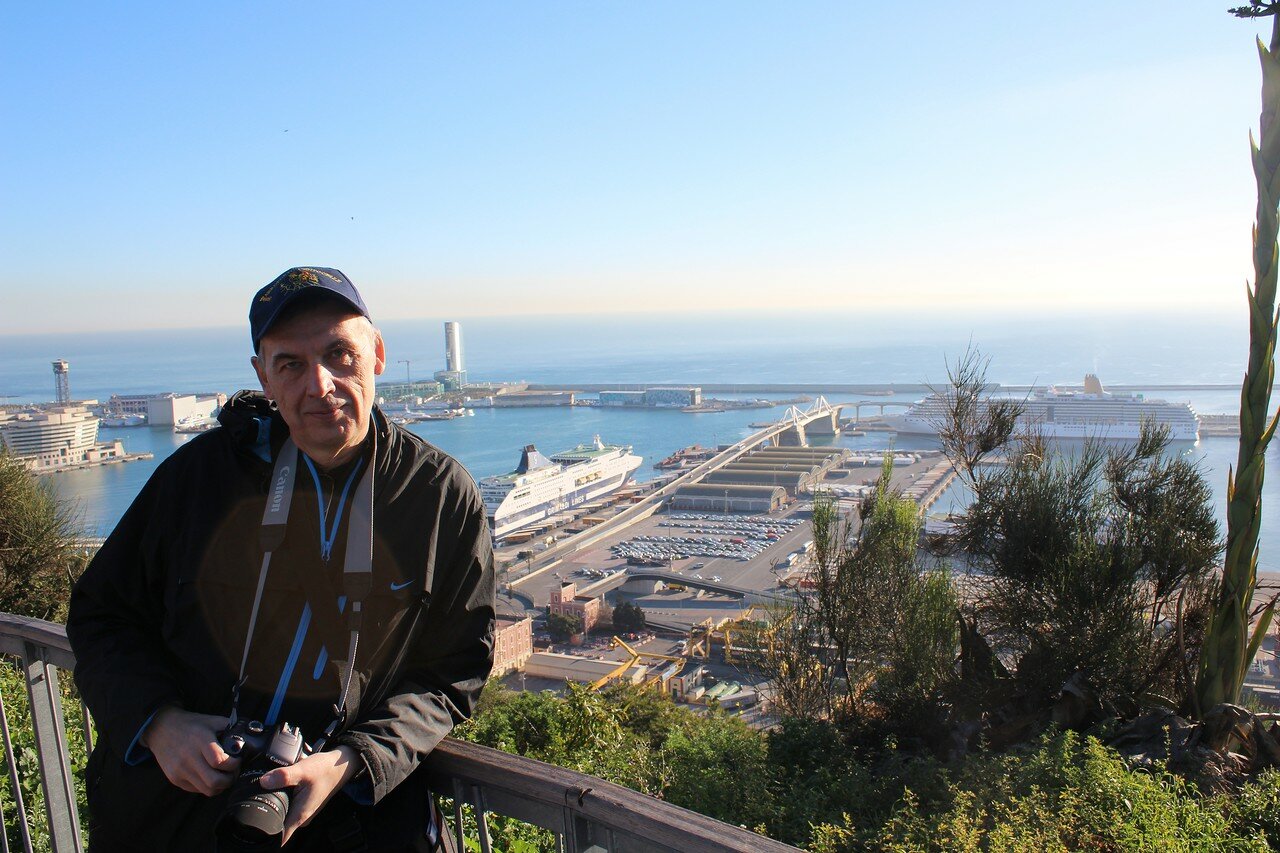