This mansion, named Casa Las Sirenas (House of Sirens, map) was built on the West side of Alameda square to order Lazaro Fernandez de Angulo, Marquise Actively. . The house was built in 1861-1864 and got its name thanks to two statues decorating the entrance to the mansion(not preserved). 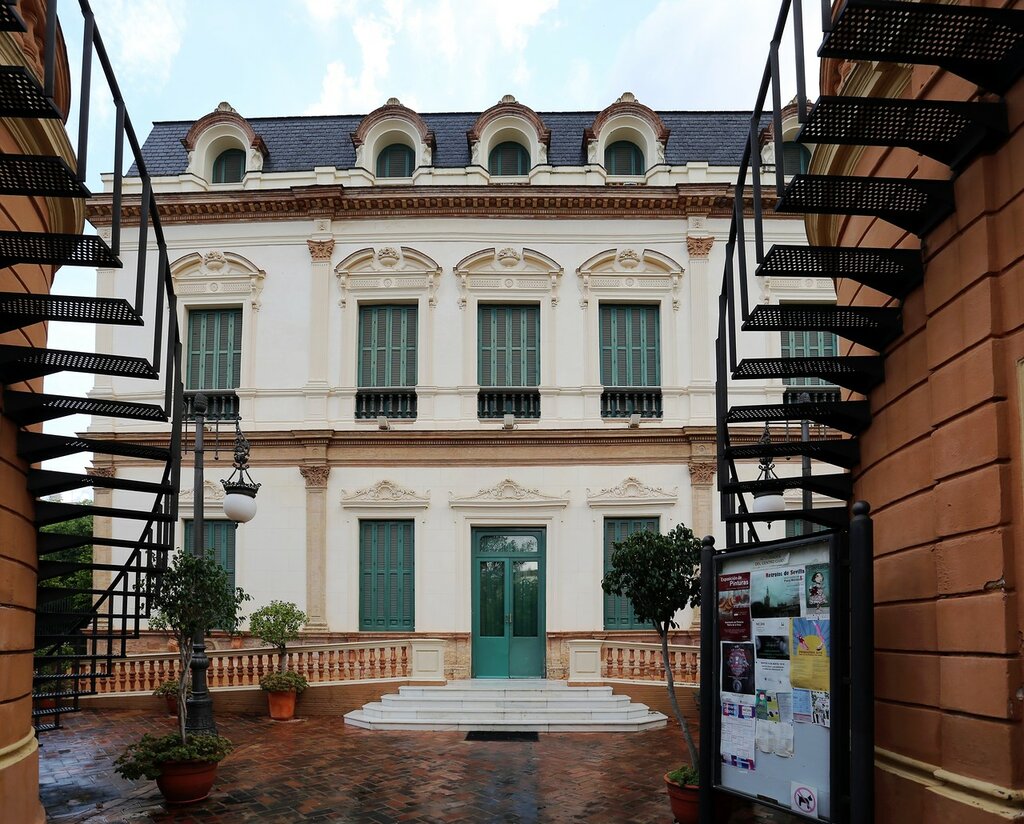 The author of the project, the architect joaquín fernández Aracari, recreated the appearance of a typical French Palace 18th century. 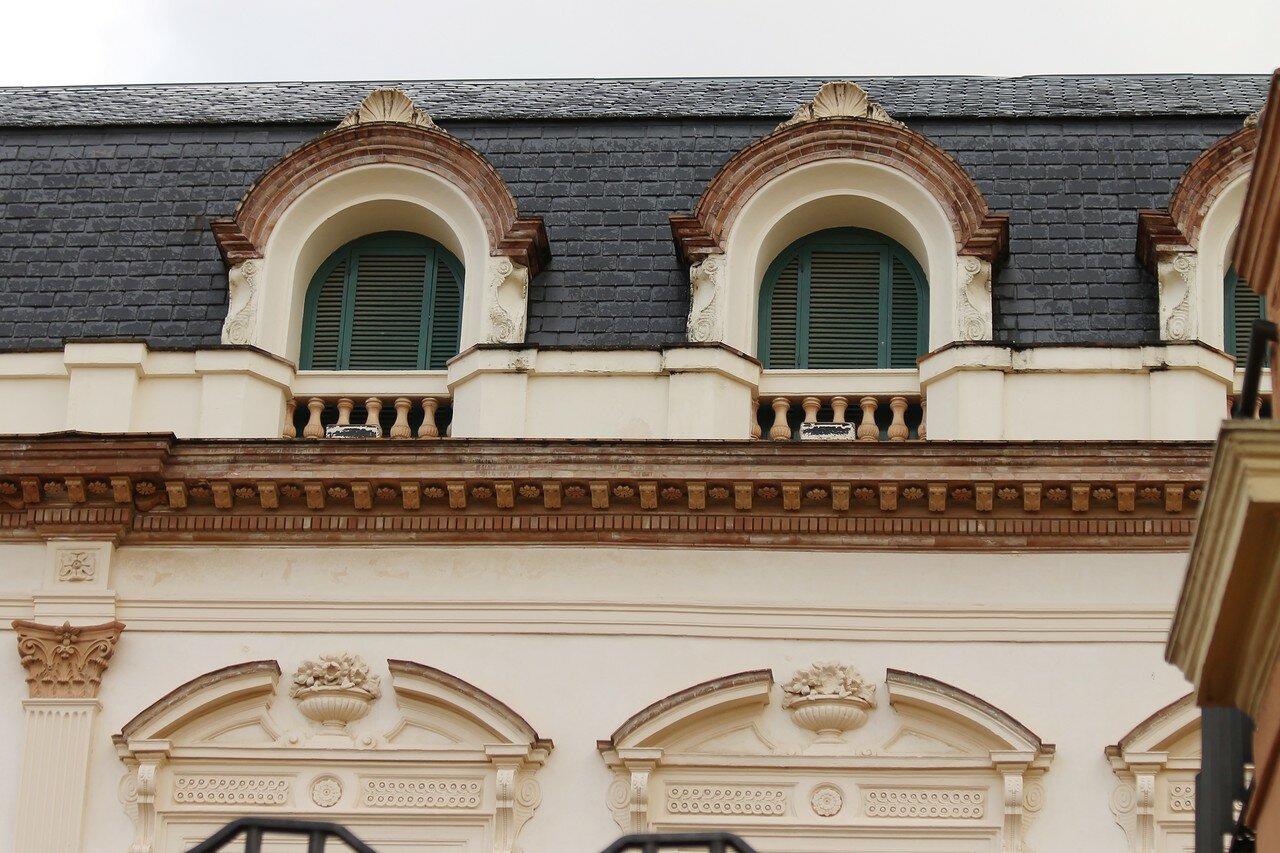 The house fenche is independent architectural structure, built in 1862 by architect Hermanos Portilla. 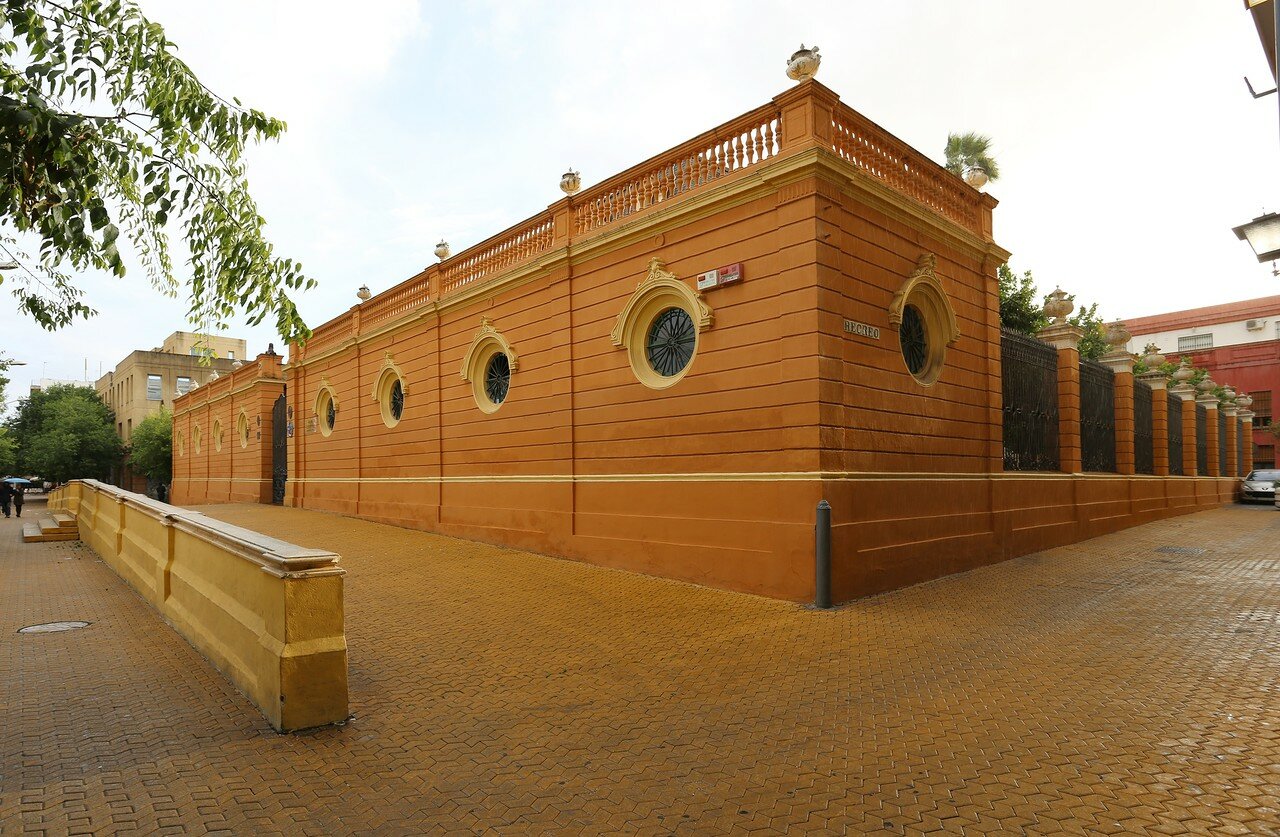 Marquis de Exively enjoyed to new building not long, selling a building to construction company of brothers Basilio del Camino in 1870. Subsequently the house changed several owners, and to the seventies of the twentieth century came to a complete standstill. in 1989 the house was acquired by the city Council and after a long restoration, in 1998 the house of Sirens settled community center (Centro Cívico), where a variety of public events. 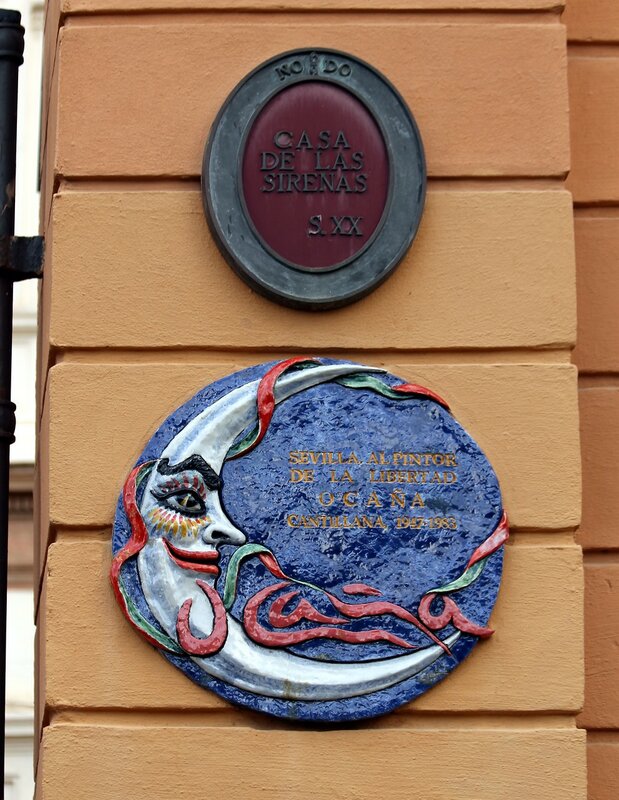