From the Plaza de Alameda de Hercules, I headed towards my hotel along via Trajano, where there are several interesting architectural sites. Two-storey house in art Nouveau style on the corner Banging and Alameda area (on the map). 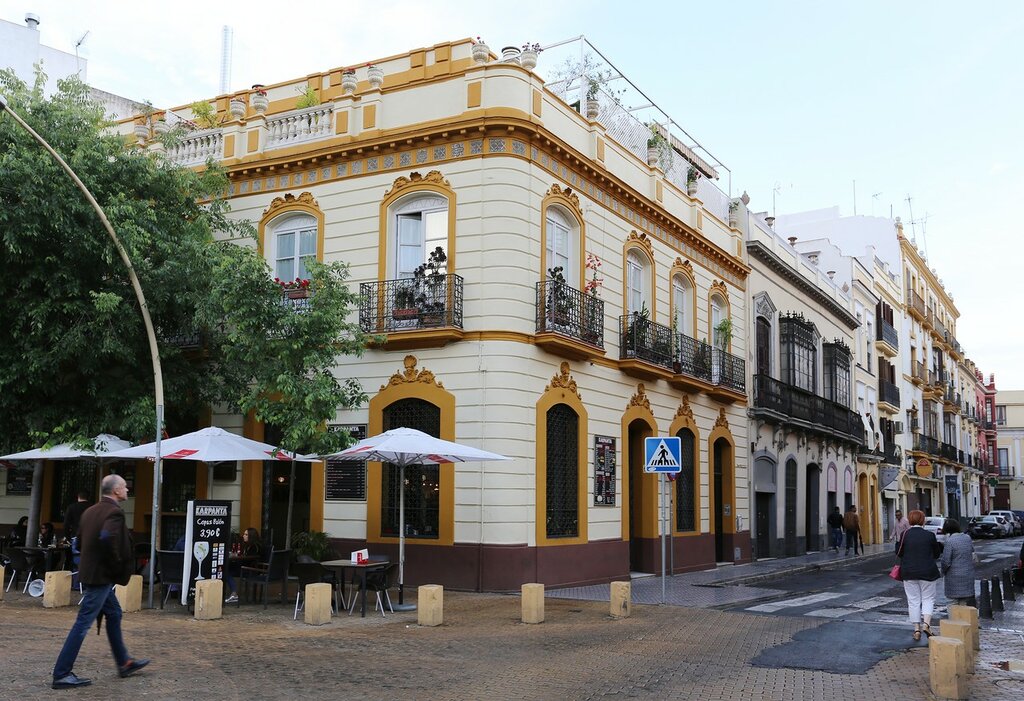 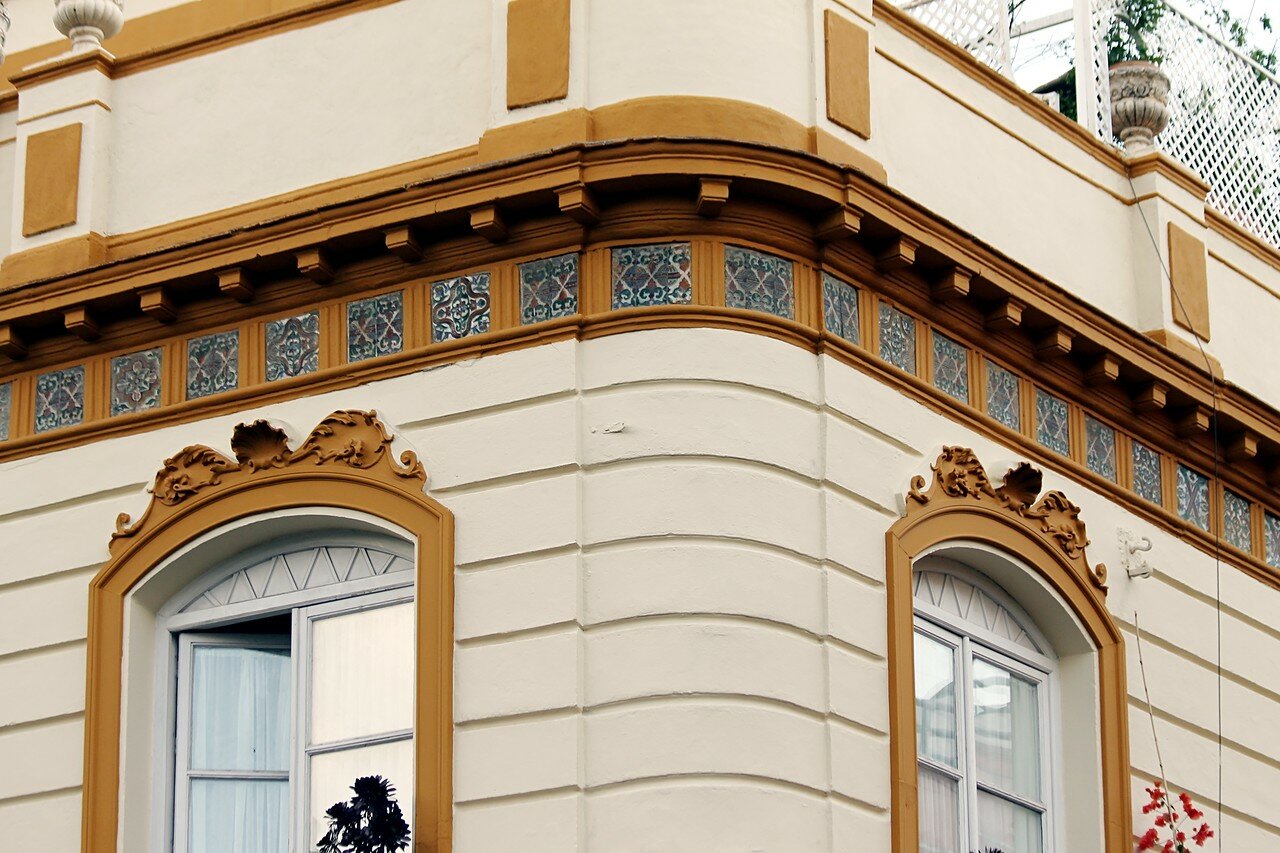 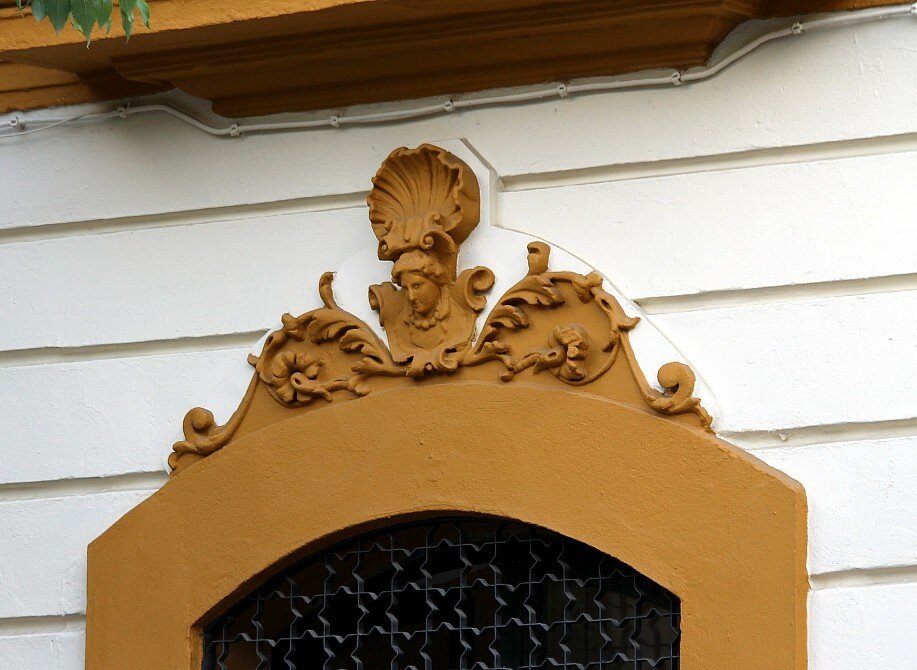 In the perspective of Conde de Barajas, dark clouds appeared, promising another downpour. As you can see from the cobblestones of the street, the last rain was quite recently. 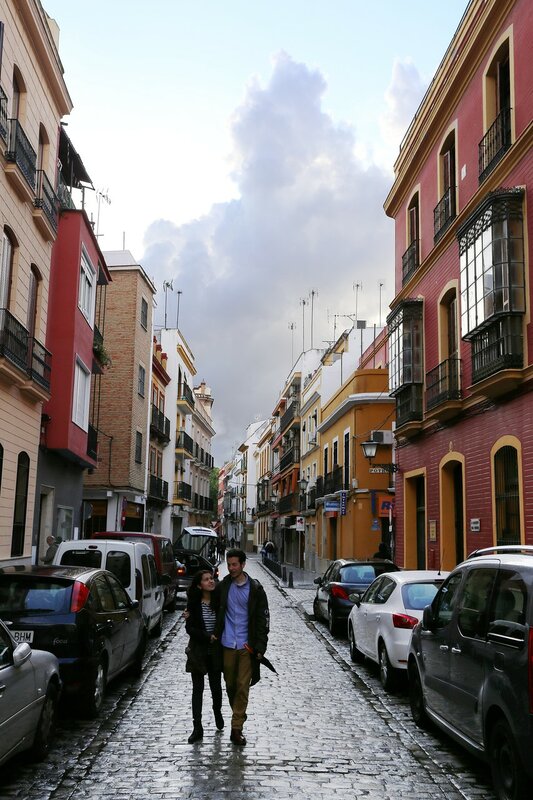 If yesterday was just a gloomy day that ended with heavy rain, today the sky was periodically cleared almost completely, and the sun shone cheerfully, sometimes for up to two hours in a row. The beginning of may is still considered a wet month in Spain, in April I traveled for two weeks in perfect weather, and three days ago, in Ronda, the weather turned bad. 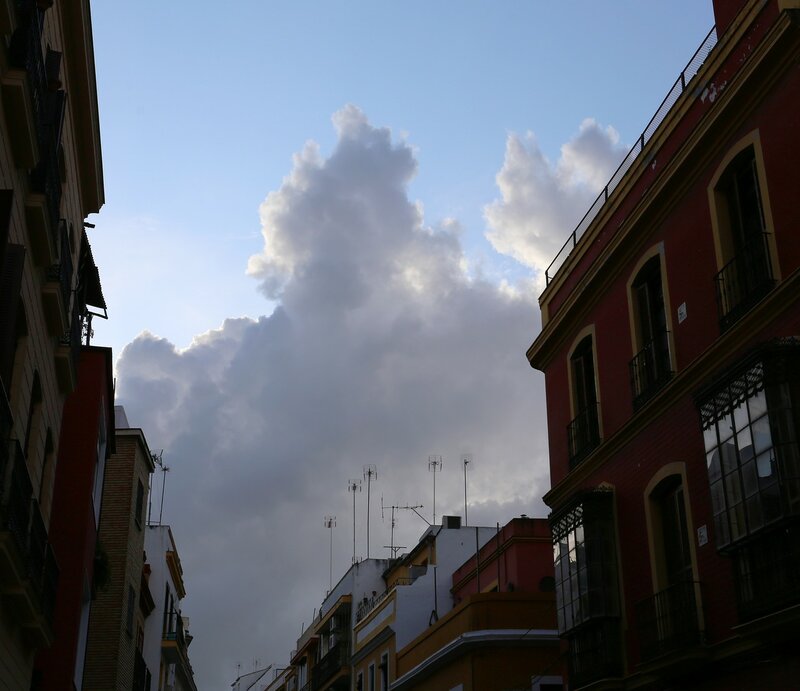 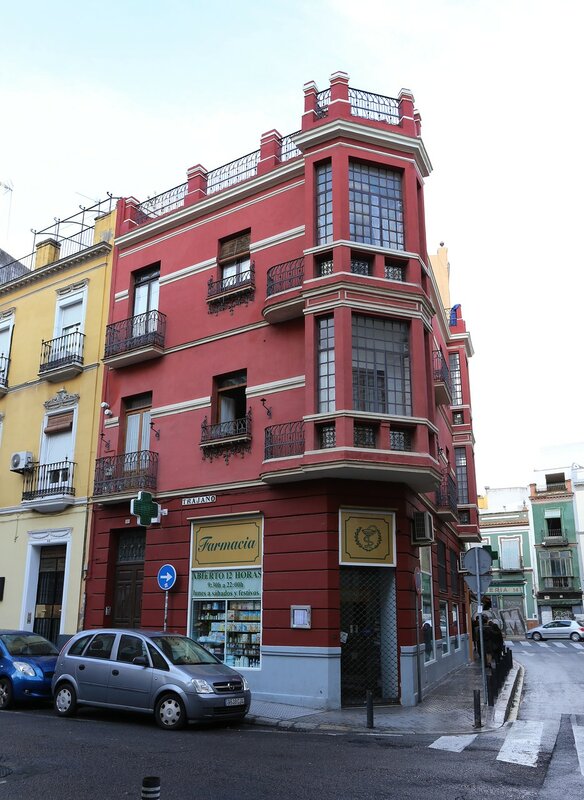 The next house is decorated with pilasters. 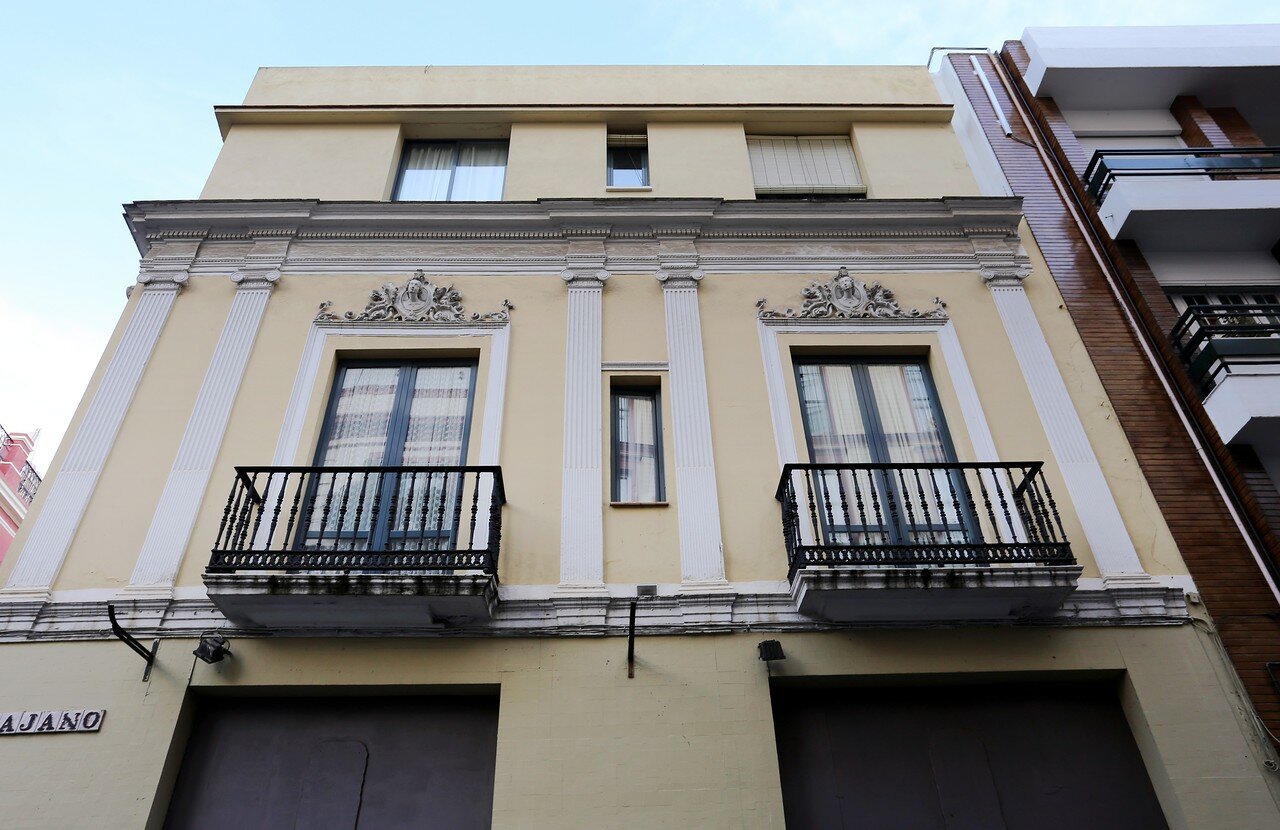 And again, female heads surrounded by curls that mimicked vegetation. 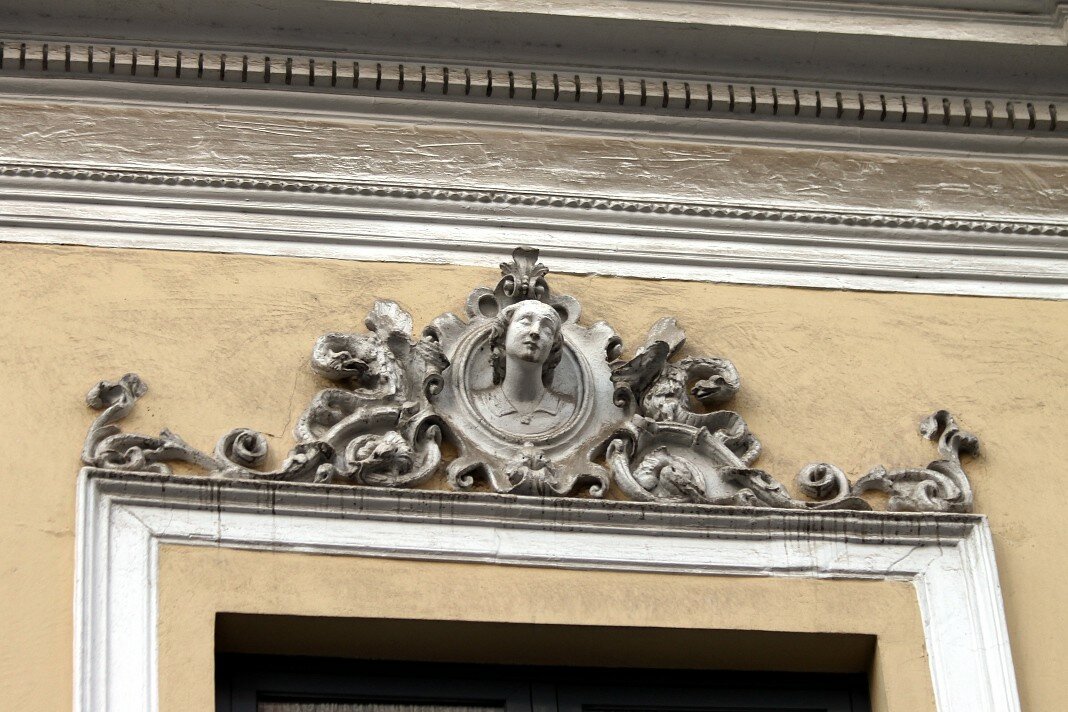 On the contrary, to my considerable surprise, there was A supertodo 24h store, judging by the name of the store, which is generally nonsense for Spain. In any case, this is the first such outlet I have seen in Spain. For those who will find themselves hungry at night in this place of Seville, I will tell you the address: Calle Trajano, 41 (on the map). 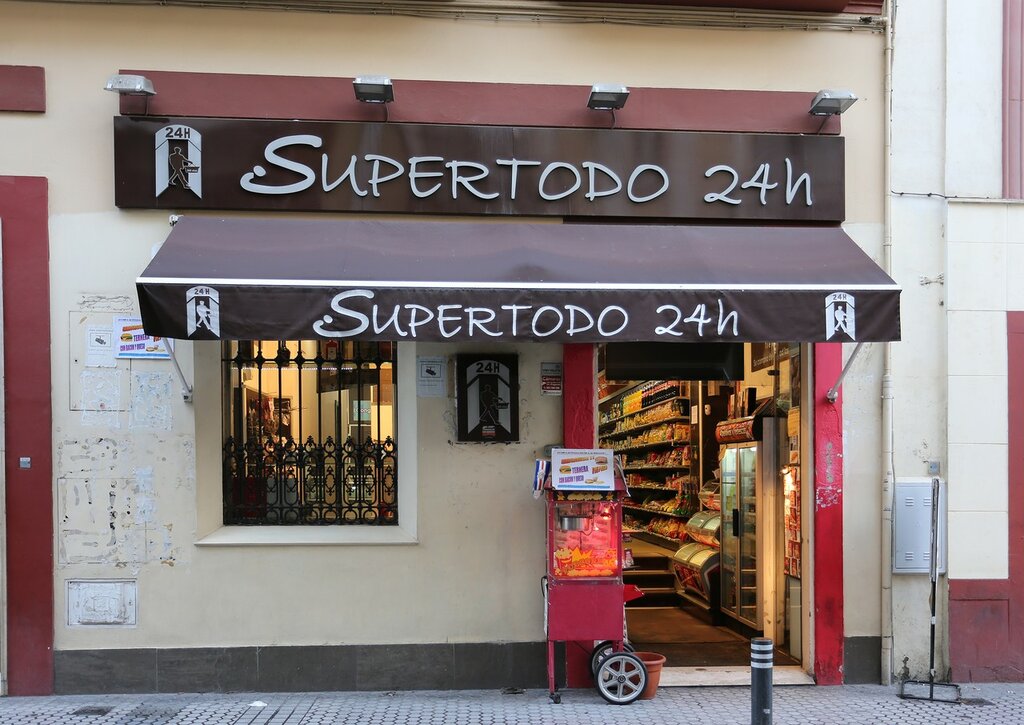 Church of the sacred heart (Iglesia del Sagrado Corazón on the map). 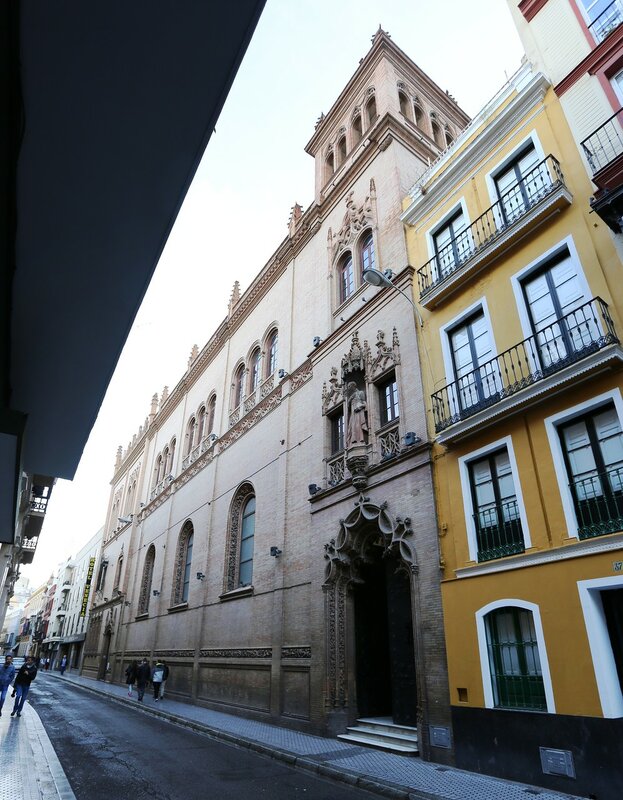 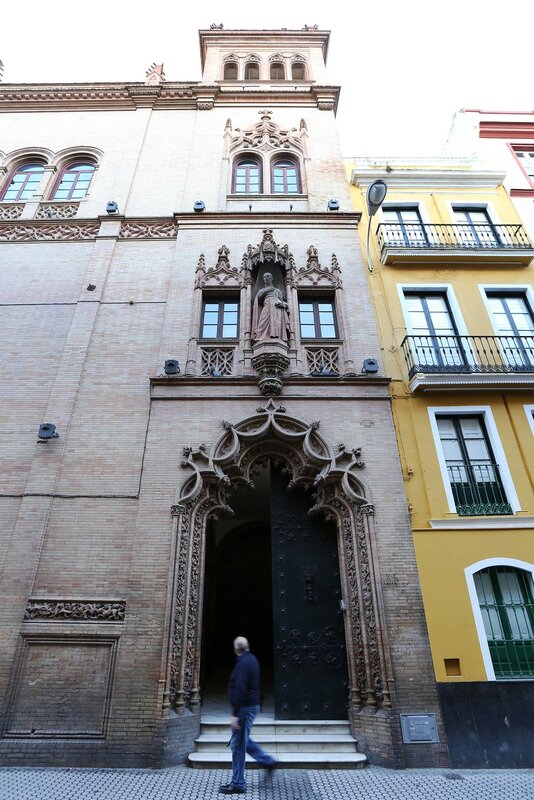 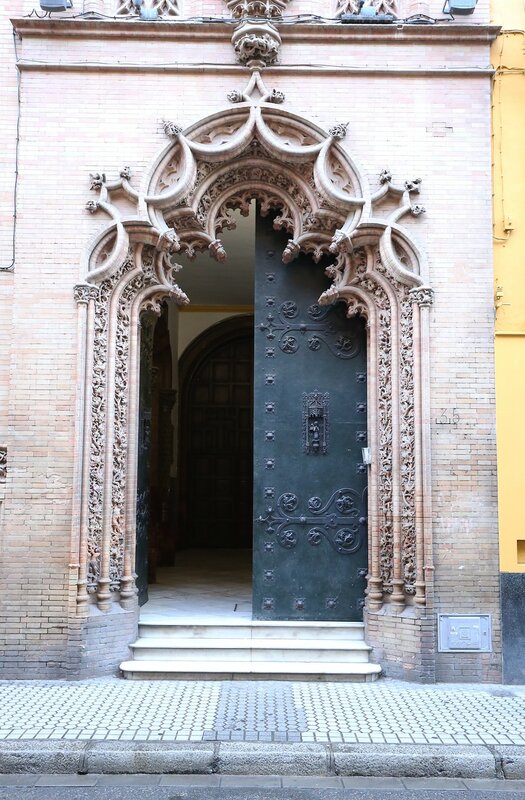 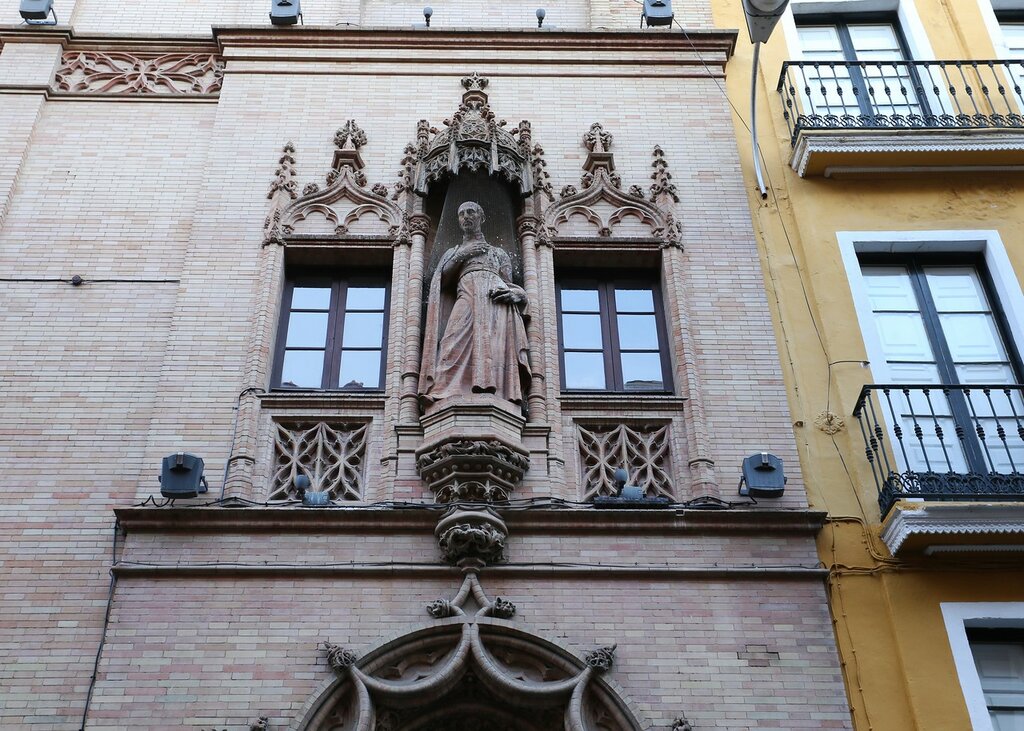 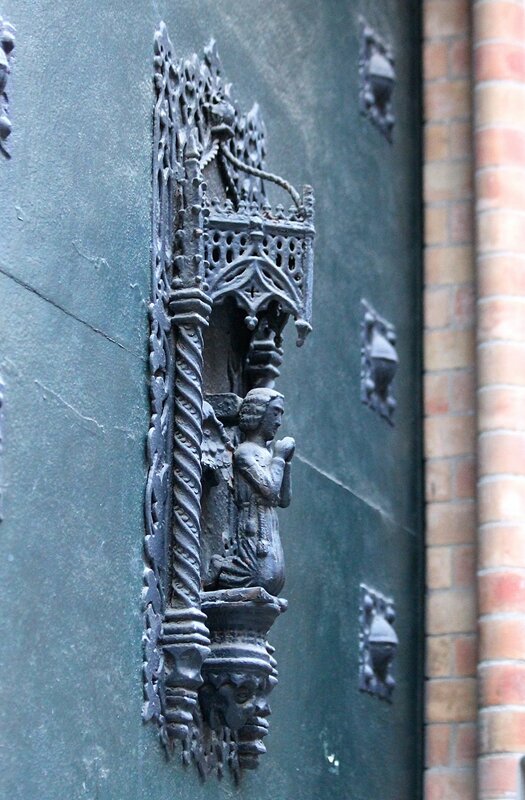 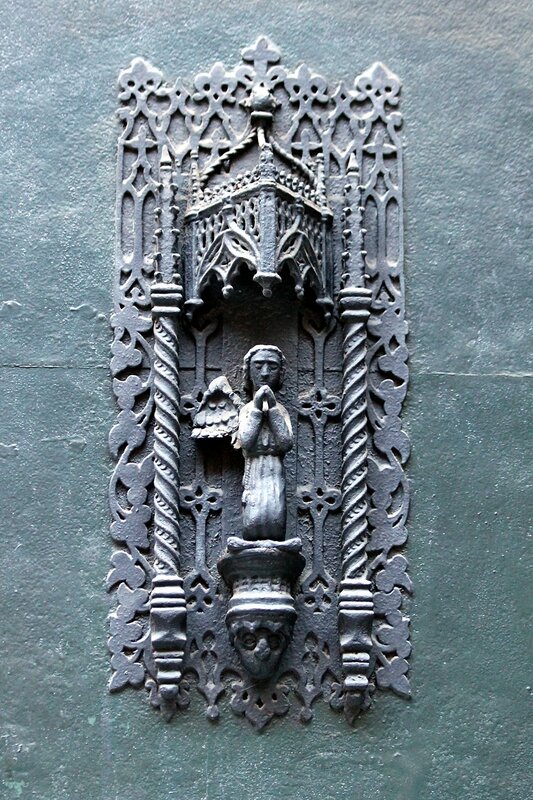 An immortal green doubledecker, a rare bus running along a tourist route. For me, it also became a symbol of Seville. 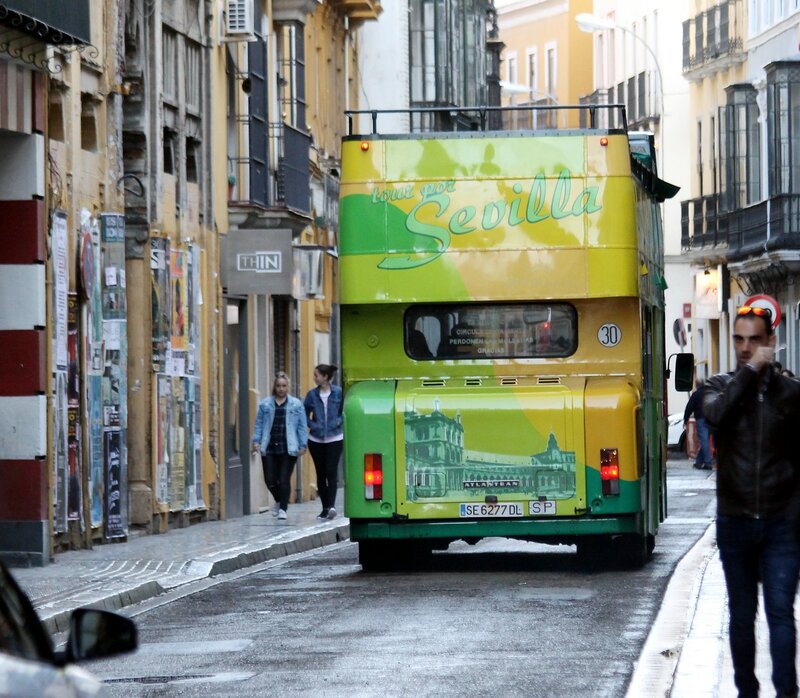 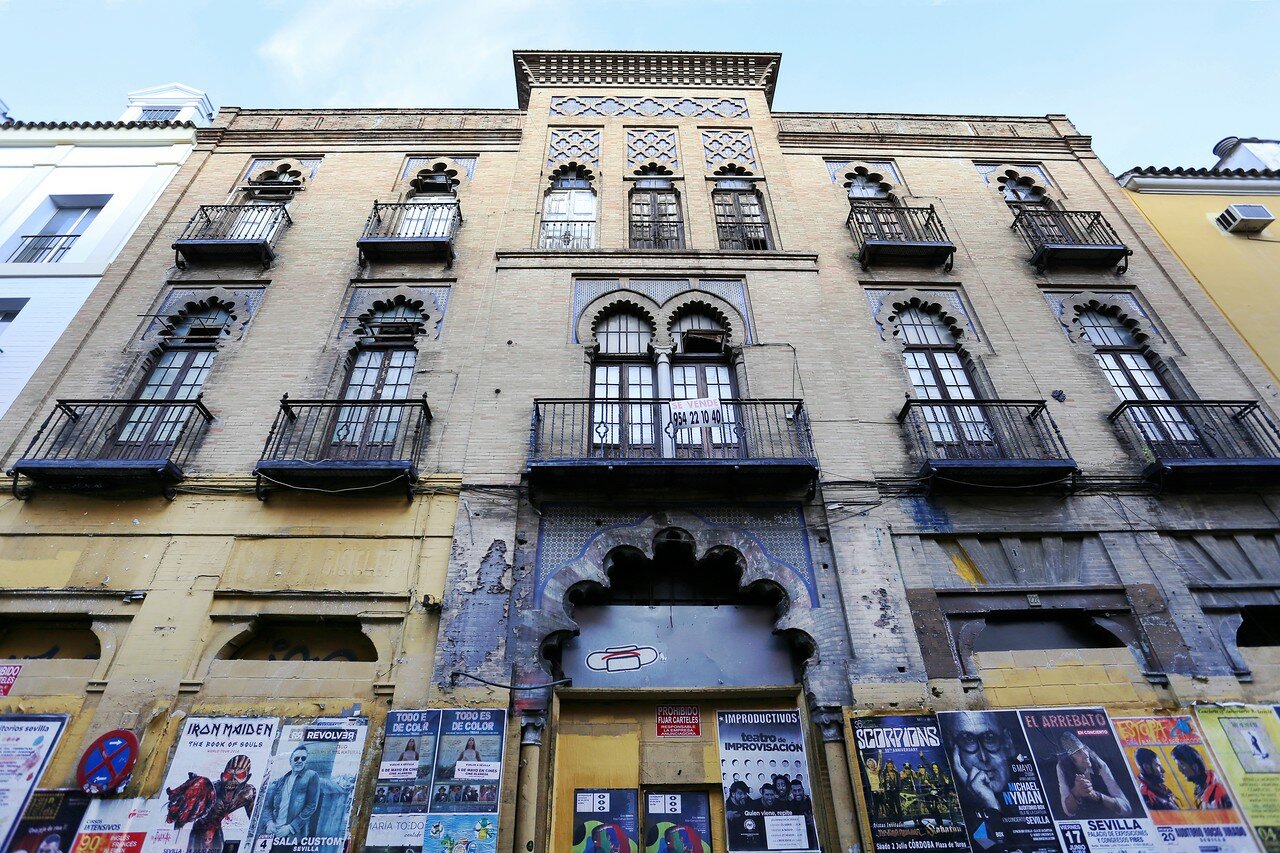 It was built in the neomudejar style in 1920-1923 by architect Anibal Gonzalez. Now part of the building occupies one of the cinema halls Banging. 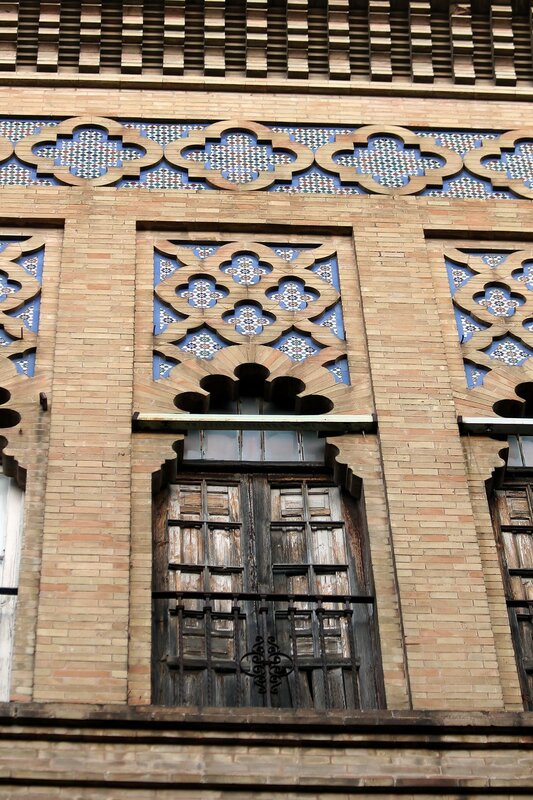 Trahano street ends at the Duque de La Victoria square, where the El Corte Inglés Department store is located (on the map) 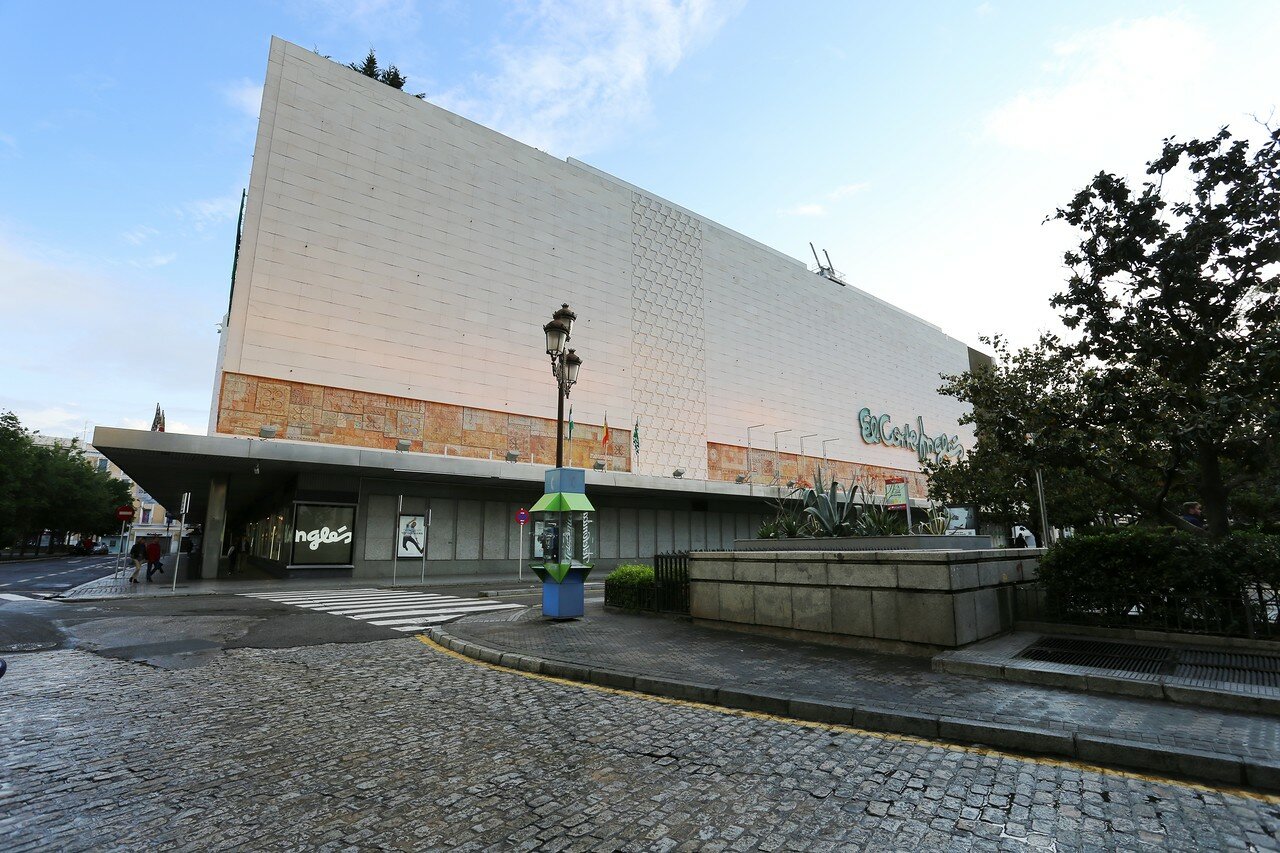 The blank walls of the huge building are enlivened by bas-reliefs that repeat fragments of Andalusian patterns. 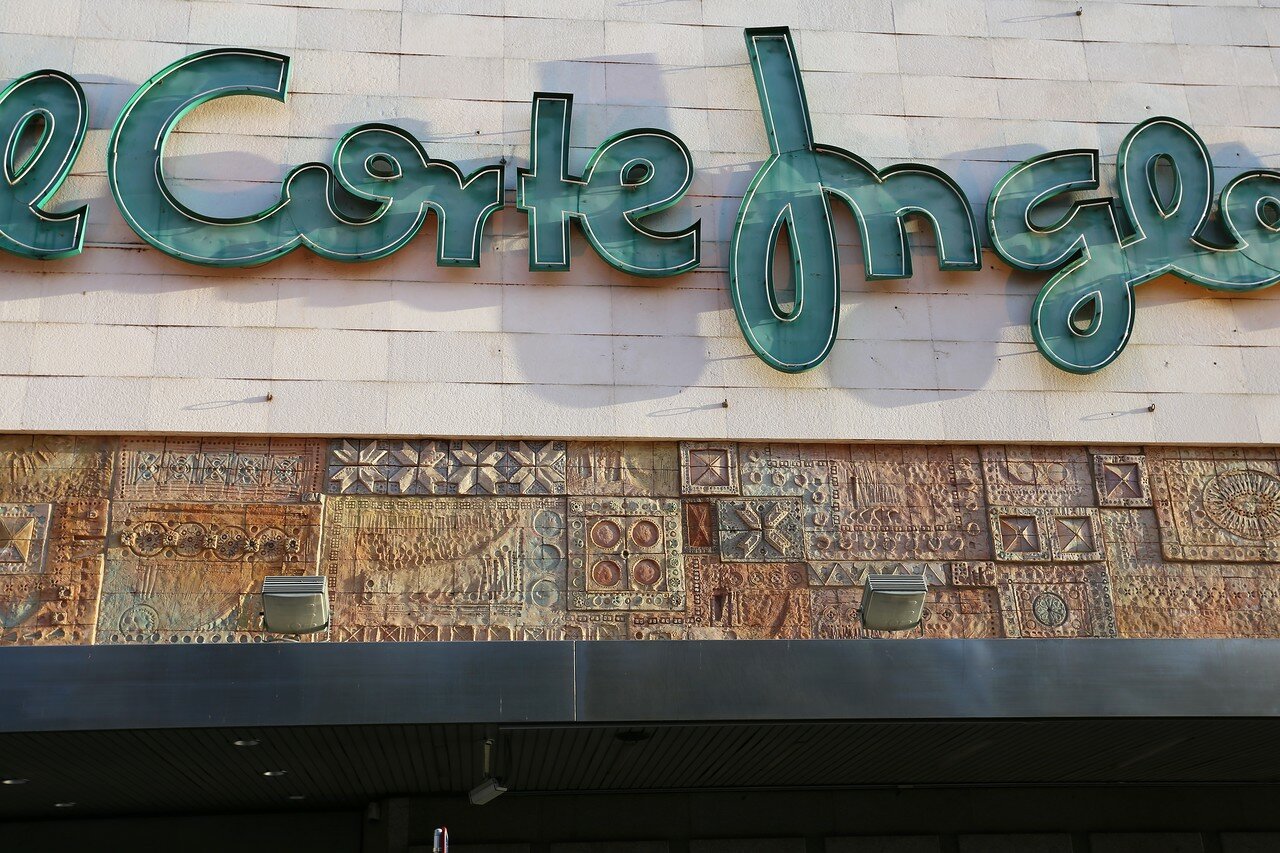