Fifty meters from Noria Albolafia are the walls of the Alcazar fortress Palace, originally the Palace of the emirs of the Cordova Caliphate. In 1236, king Ferdinand III expelled the Arabs from Cordoba and made the castle his residence, strengthening and expanding it. 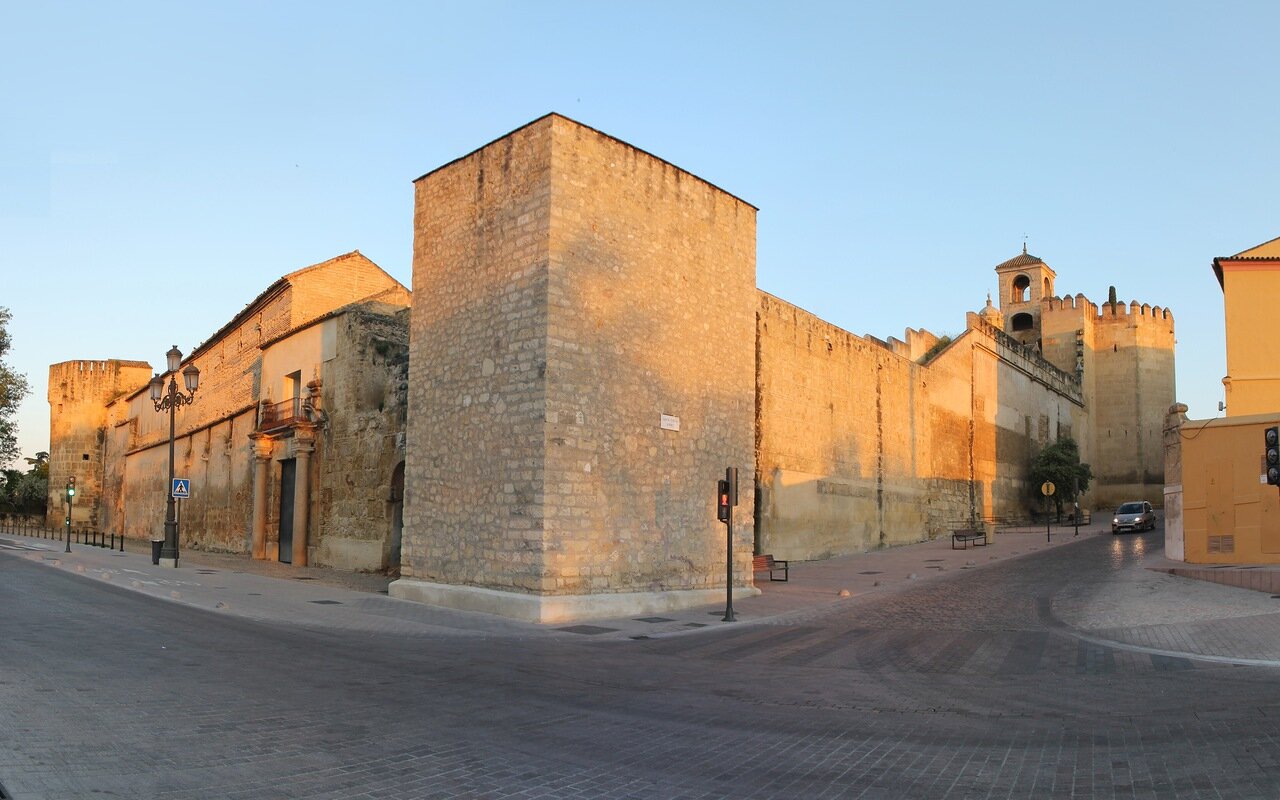 The tower of Remembrance, built in 1328, served as the reading of Royal decrees. 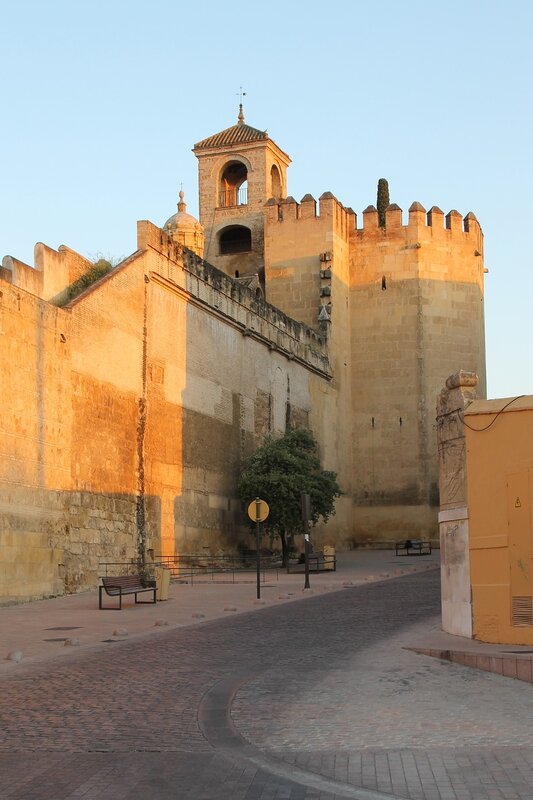 The lion's tower, here is the entrance to the Palace. 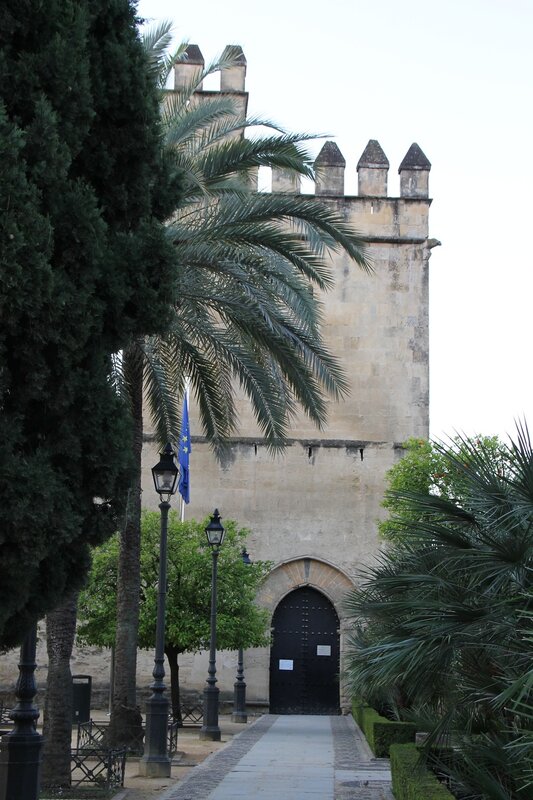 Of course, the fortress was closed at this early hour. This time I couldn't visit it, and neither could Mesquita, and it took me three years to get back.

In front of the Alcazar, opposite the lion tower, you can see the corner part of the old fortress wall. This is the only thing that remains of the fortified quarter, which was called Castilla de Huderia (the Jewish fortress, the fortress of the Jewish quarter). 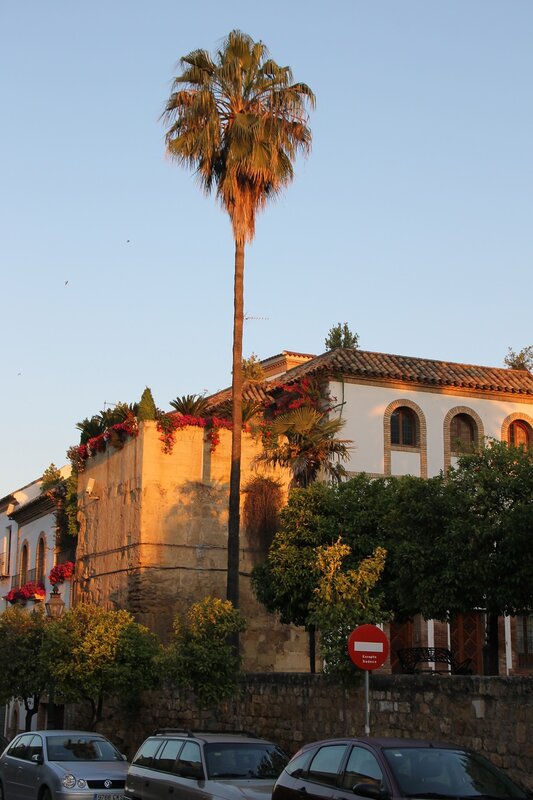