At the end of the 19th century, Almeria remained the only major city in Spain that did not have a railway connection. Although as early as 1870 the government had decided to build a road between Linares and Almeria, things did not move forward until private business became interested in this route.

Catalan mining industrialist Ivo Bosch, interested in the delivery of minerals from the Sierra Morena mines, in 1889 received a concession to build a road and founded the Southern railway Company roads of Spain. The first train on the new line did not pass until 1895, but as early as 1893 two large passenger stations were built at the final points of the road, although the road was built mainly for the transport of ore. 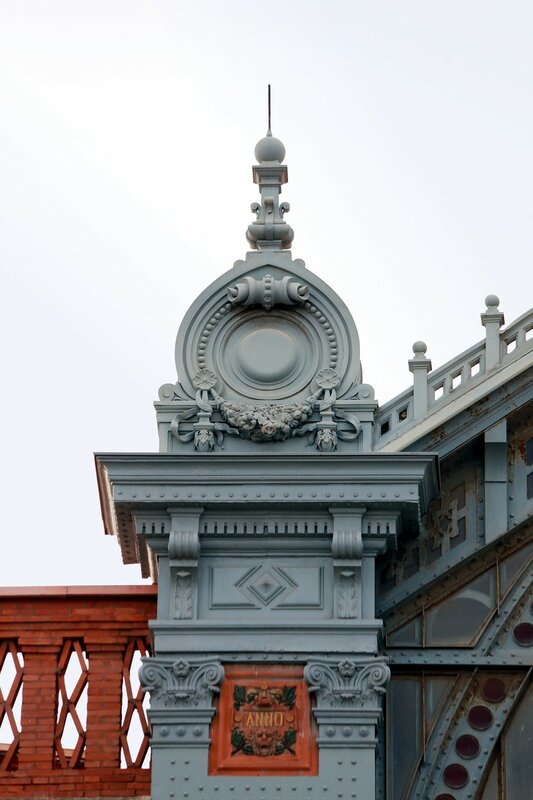 The construction of the line and stations was carried out by a French company, the author of the project is considered to be Laurent Frag. The station building in Almeria is considered one of the most beautiful examples of the "Iron's Art Nouveau" era, its main span is an arch of figured metal structures with a large stained glass window. 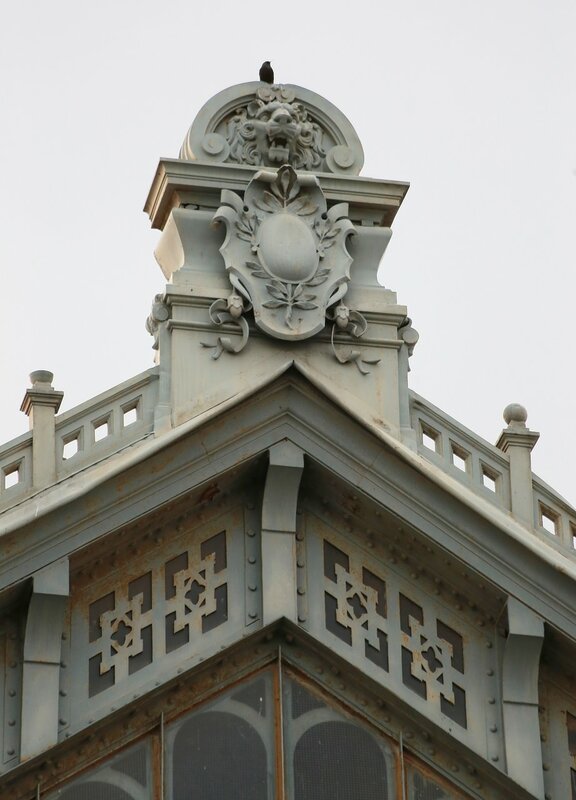 The central window was decorated with a clock by Paul Garnier-I. 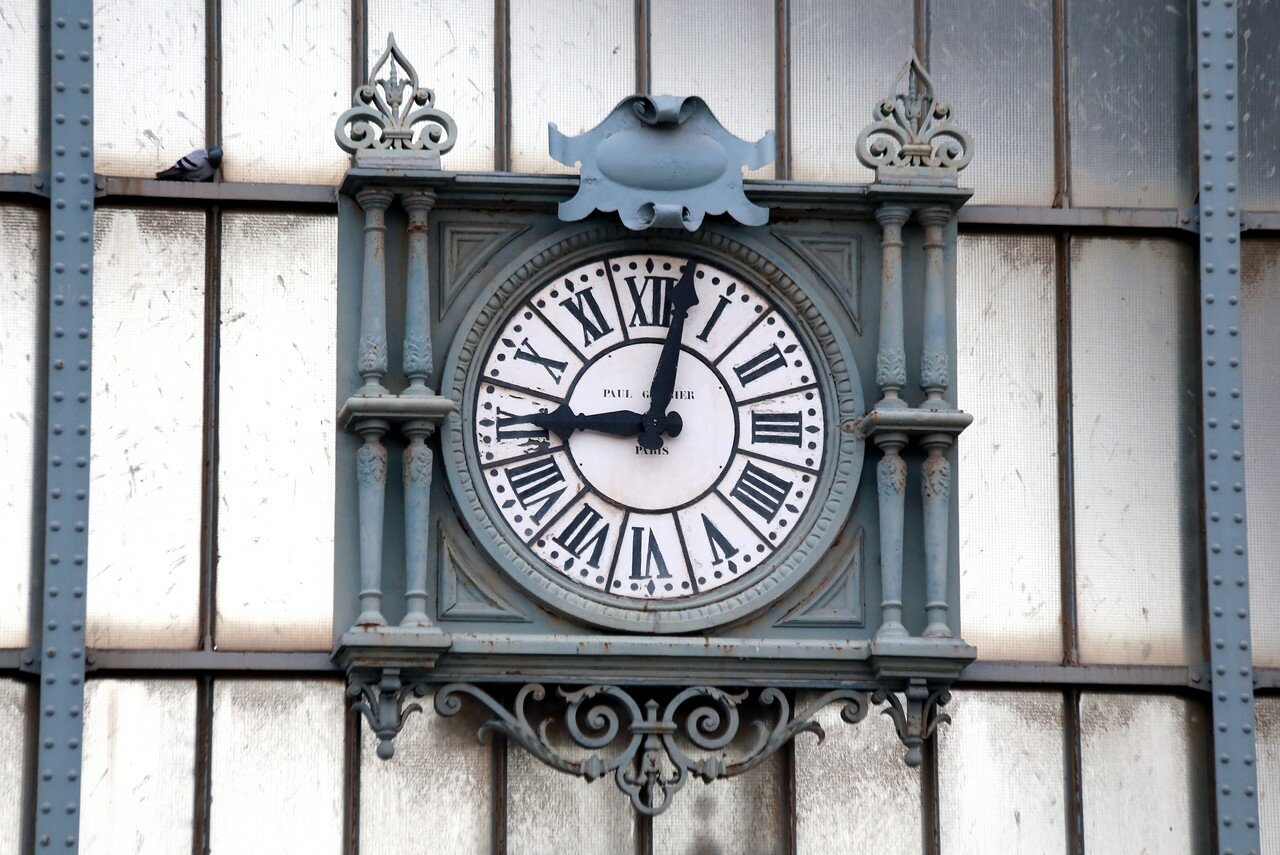 On the sides of the arch are built two wings of red brick, decorated with green ceramic elements depicting vegetation. 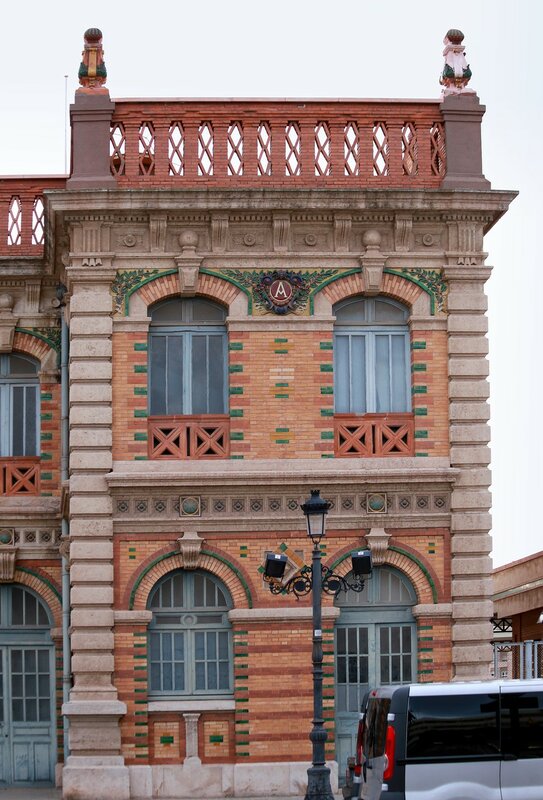 In 1985, the station was recognized as a cultural heritage, and after the construction of a new intermodal (bus-rail) terminal in 2005, the old station was empty for a long time, and now is in the process of restoration - the city authorities plan to use the building for exhibitions and concerts. 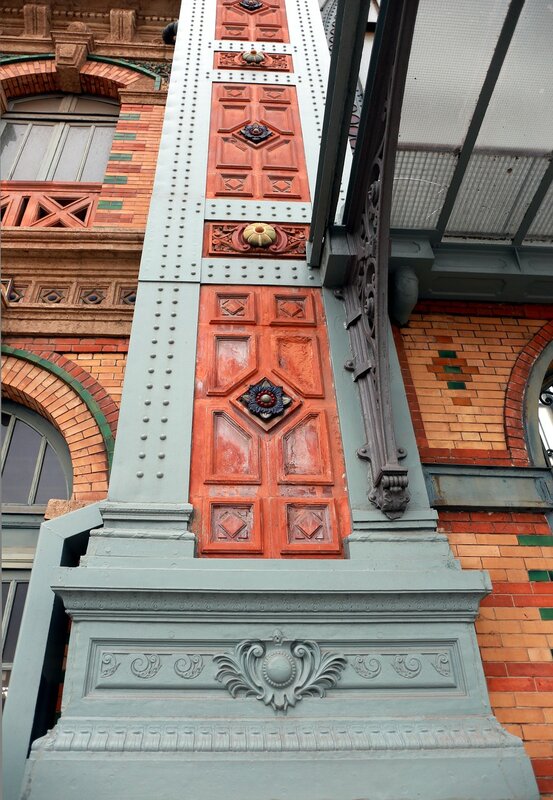 During the Civil war, in 1937 the central metal arch with a window and clock was destroyed by shell bursts, and after the war was replaced by a brick one. To date, the central arch has been restored in an authentic form, but so far without stained glass windows. 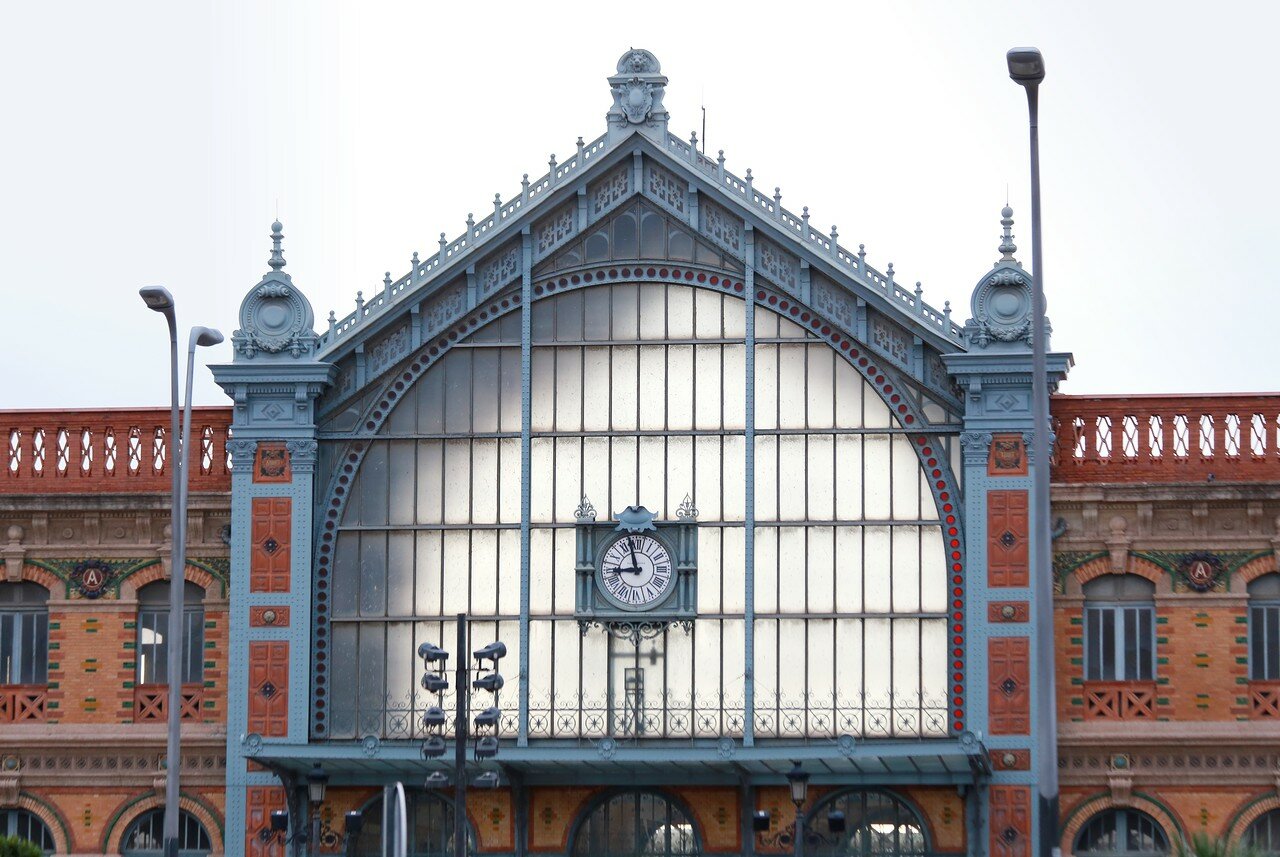