This grandiose structure in the seaport of Almeria is a monument of technical architecture of the early 20th century and one of the symbols of the city. 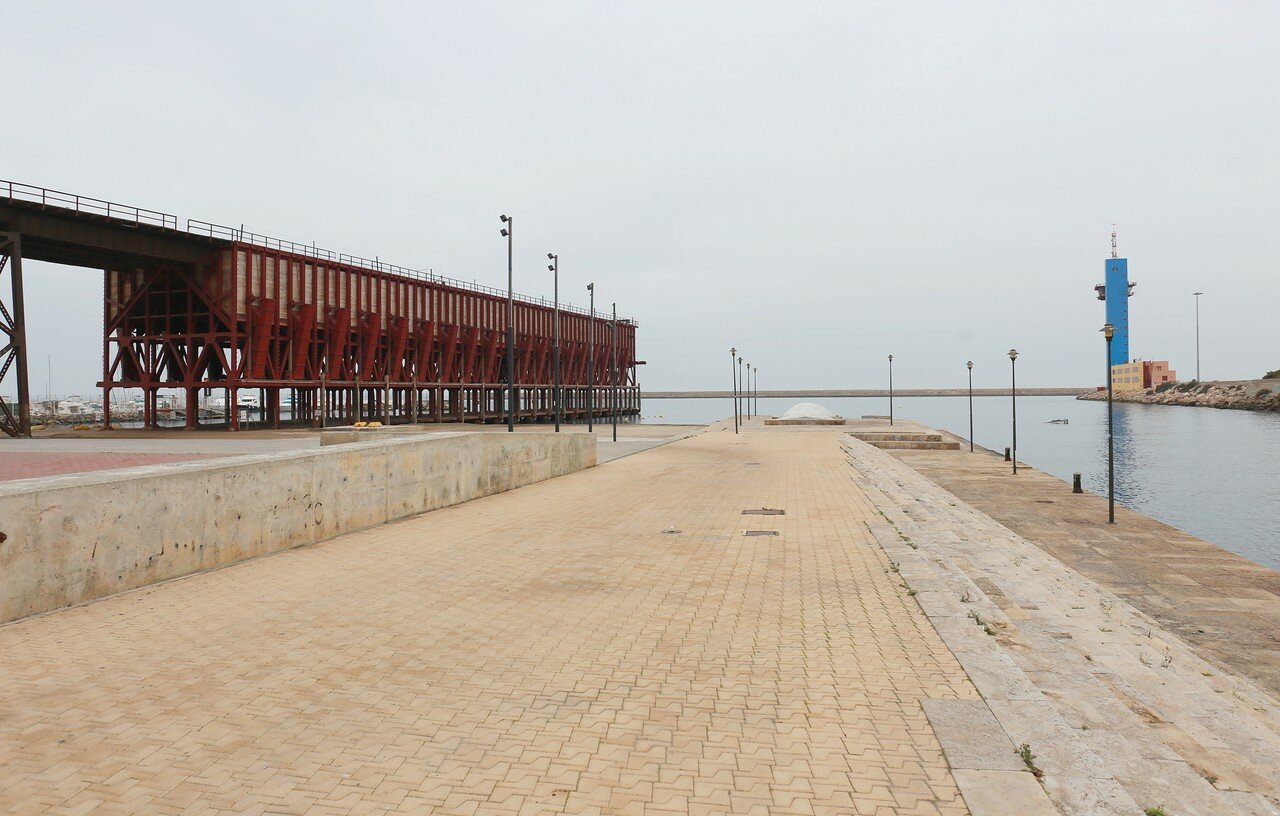 In 1899, a railway was opened that connected the mining area of Linares with Almeria to deliver iron ore to the seaport of Almeria. Initially, loading ore on a single ship took 8-10 hours to significantly reduce it, the alquife Mines and Railways Company Limited did not ask the authorities for permission to build an overpass from which the ore could be directly from the wagons to the holds of ships. 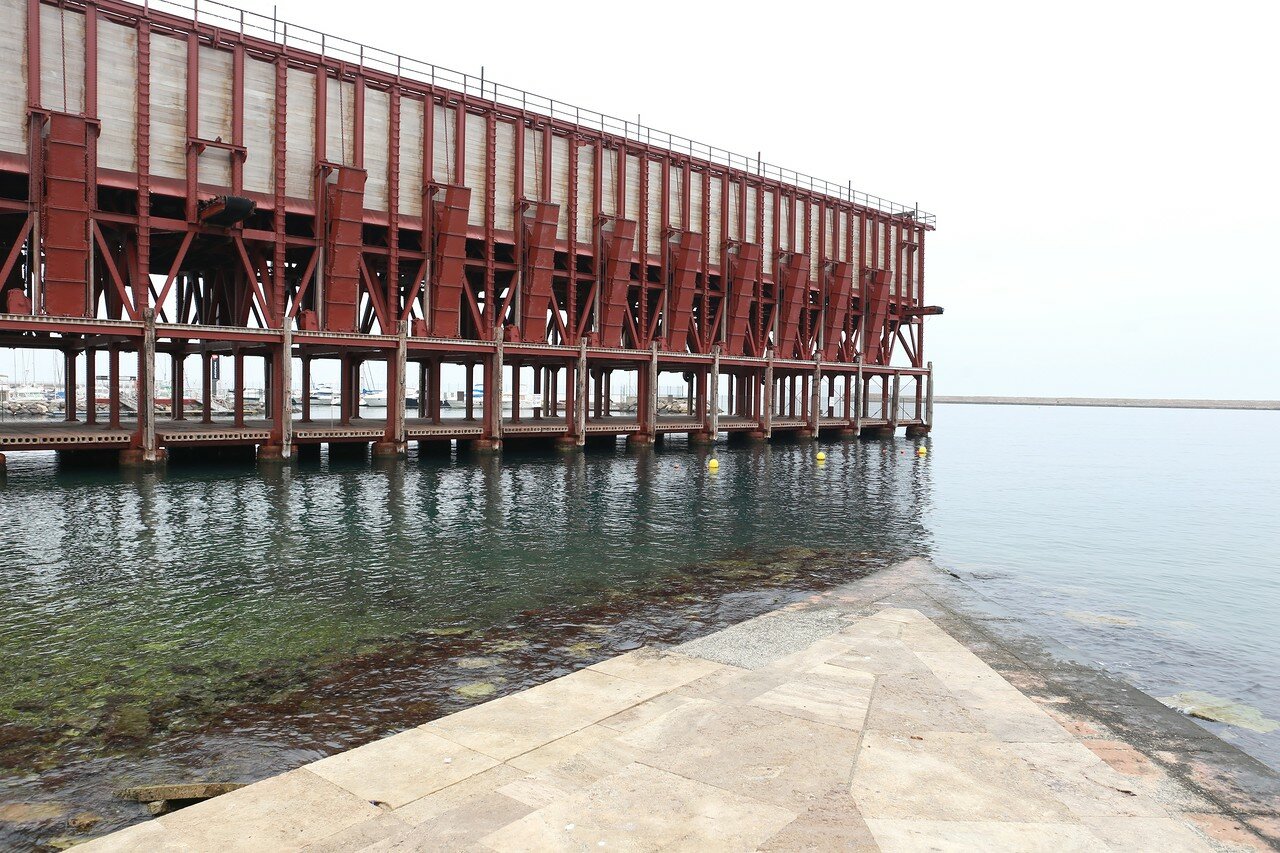 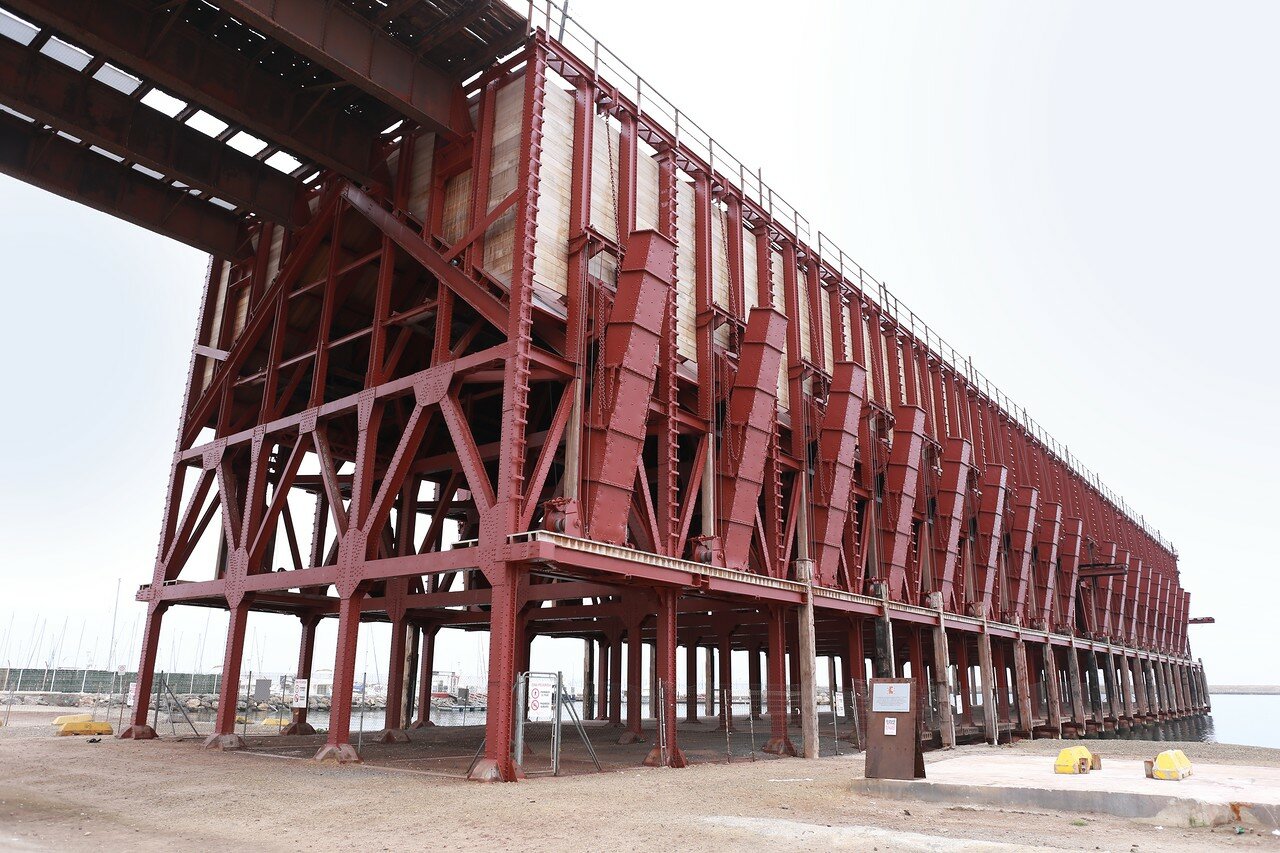 Permission was obtained in 1902 and construction began immediately. The company was owned by British capital and had its headquarters in the city Glasgow, so the structure was named Cable Inglés ("English line") among the residents of the city, although it was officially called "Рier El Alquife" (Muelle El Alquife). 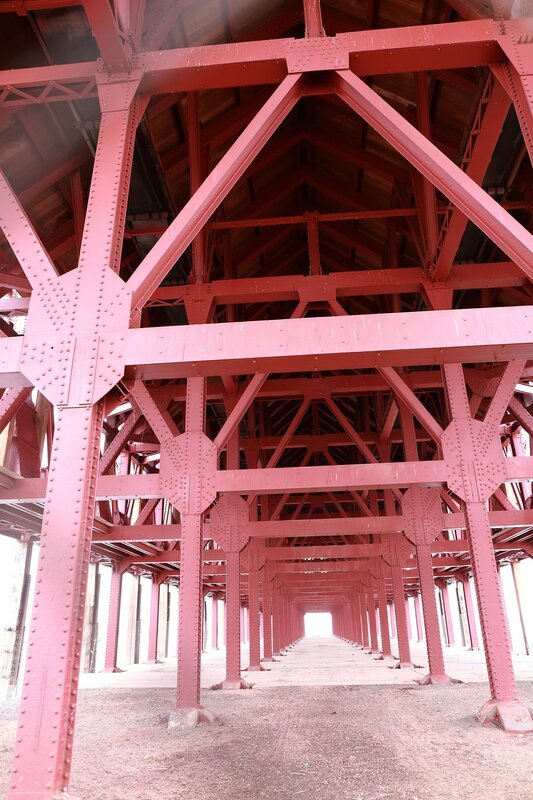 The project was developed by the British engineer John Ernst Harrison, a follower of the Gustav Eiffel school, about four thousand tons of steel were delivered from Scottish factories for construction, 8 thousand cubic meters of wood were used for cladding, 1153 cubic meters of concrete were poured, the length of the access railway tracks was just over a kilometer. 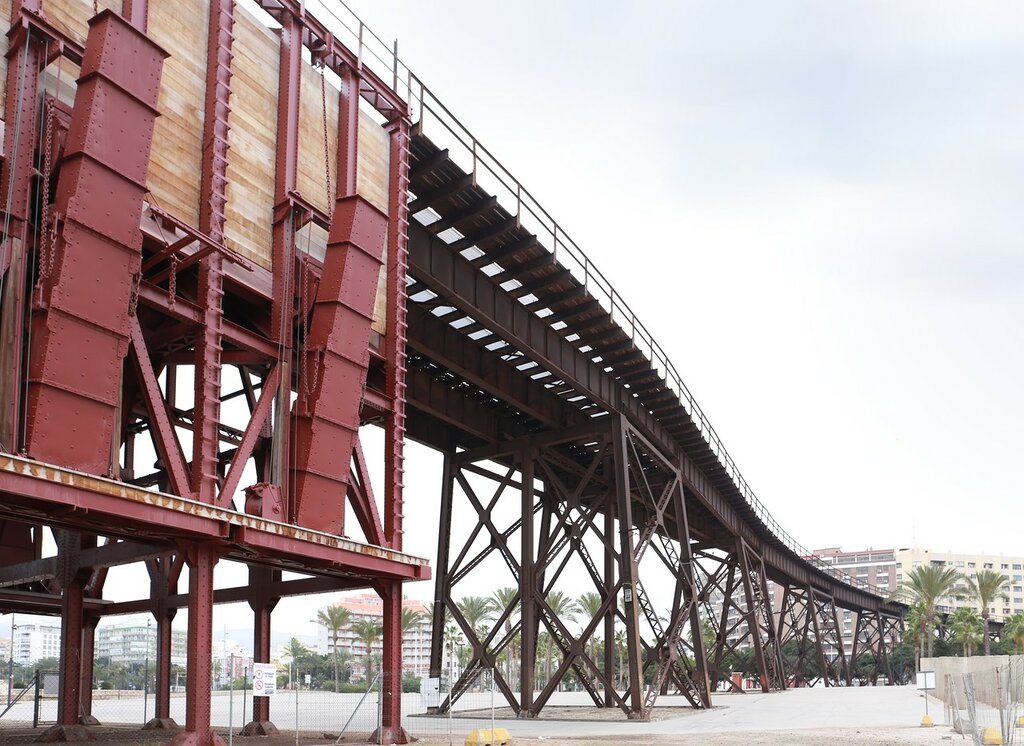 After the Civil war, the property of the British was nationalized, then sold to the metallurgical company from Bilbao Altos Hornos de Vizcaya. The overpass was in operation until 1973, when the land lease expired in 1980, and the structure was subject to demolition by law. However, in 1984, the Ministry of culture proposed to preserve the structure as a monument of industrial architecture. However, for almost 30 years, no one had been working on the overpass, and it gradually collapsed from corrosion. 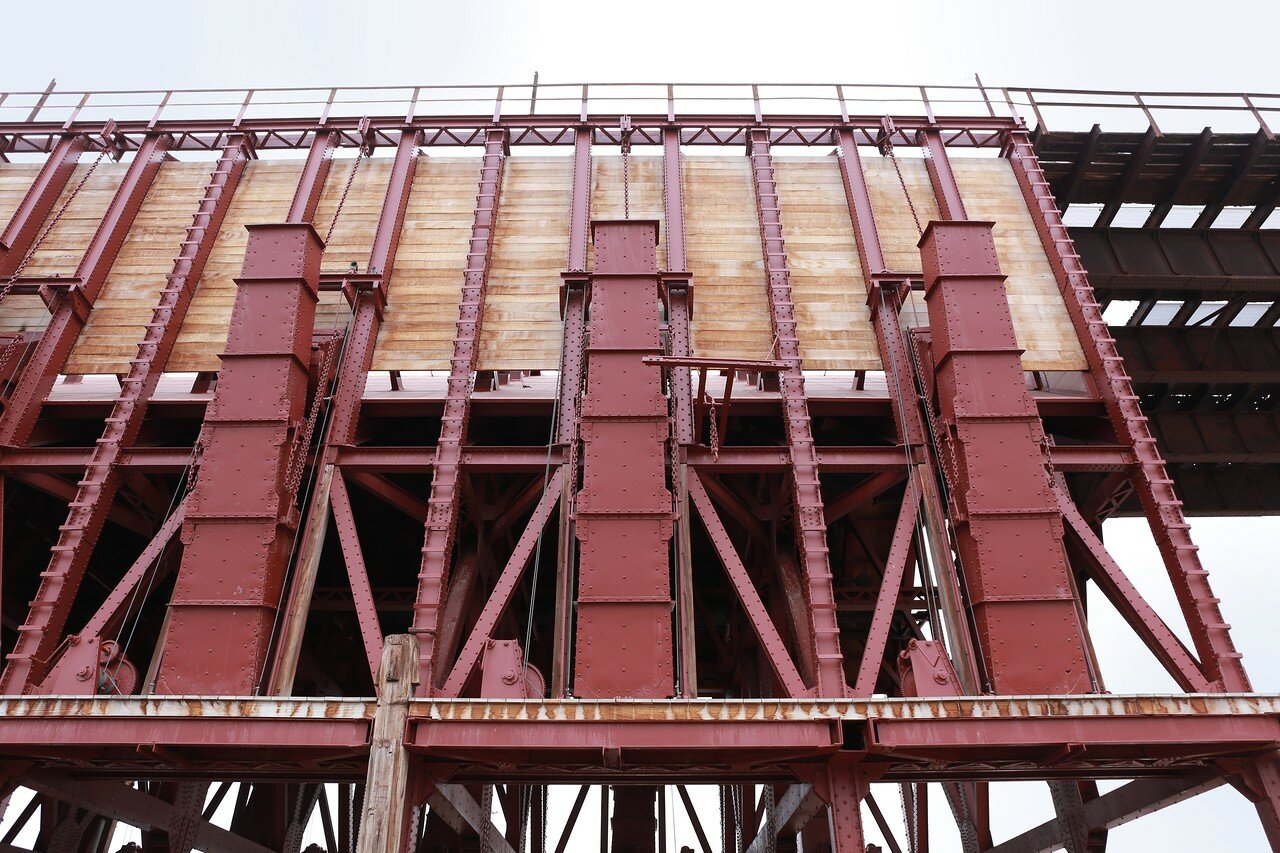 In 1998, Cable Inglés received the status of a cultural monument in Andalusia and passed from the ownership of the seaport to the municipality of Almeria. Restoration work began at the end of 2010. emergency metal structures were replaced, the overpass was painted, and the surrounding area was cleared. According to the project, there will be an exhibition center, a restaurant and an entertainment complex, and a viewing platform will be arranged at the top. 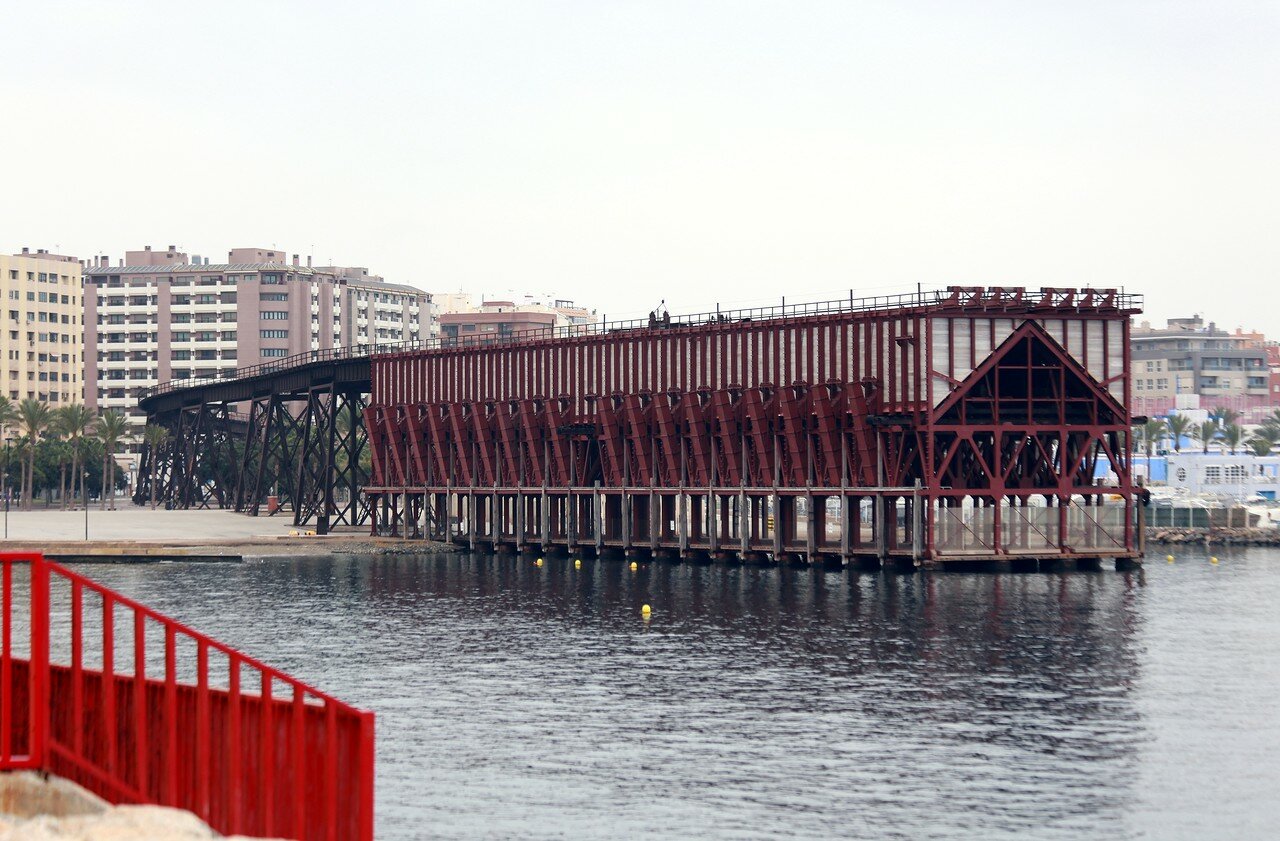