In summer, getting to Tabarca island from Alicante is very easy - there is a pier on the embankment, where you will be offered to take a boat trip to this island. But I was in Alicante at the beginning of January, so I did not find any activity on this pier. And I went to the fishing town of Santa Pola, from where there is a year-round connection with Tabarka. From the Alicante bus station to Santa Pola there is a bus every hour, it takes about 50 minutes to go, and another 10 minutes to walk to the port. 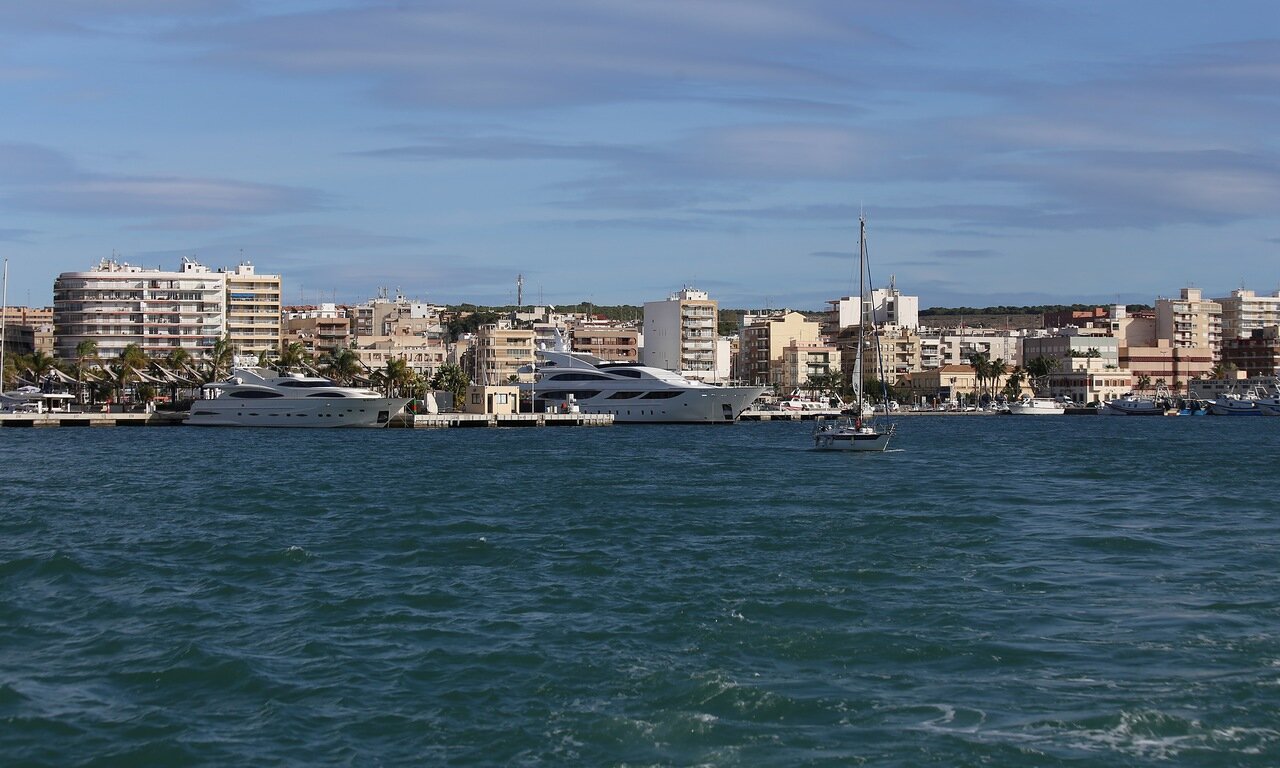 In the port, I quickly found the right vessel, the catamaran Faro de Tabarca. At a kiosk opposite the pier, I found out the schedule and bought a round-trip ticket for 15 euros. In winter, the catamaran departs once a day, at 12: 00, on public holidays there are more flights (the current schedule and prices can be found on the website islatabarca.com). 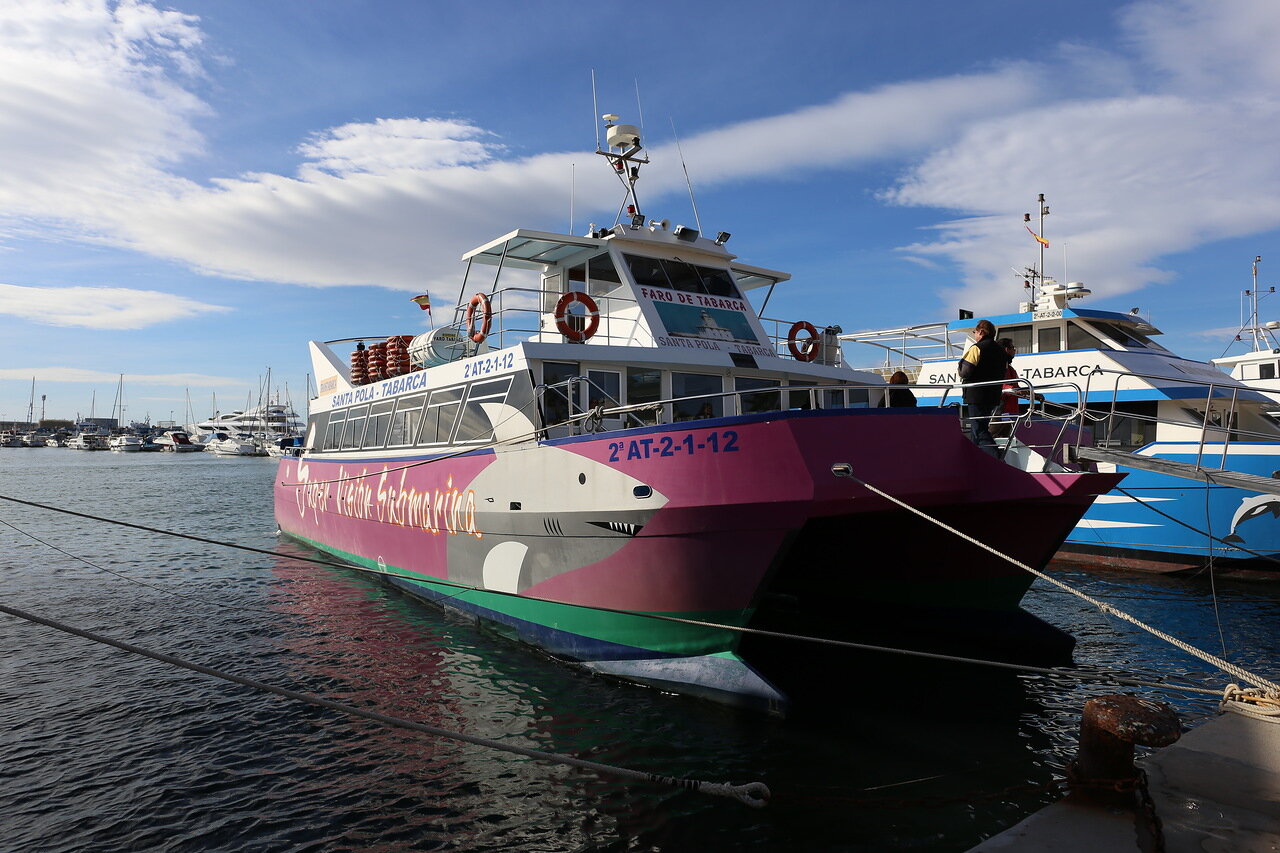 I had about half an hour to spare, and I strolled along the wharves of the fishing Harbor. 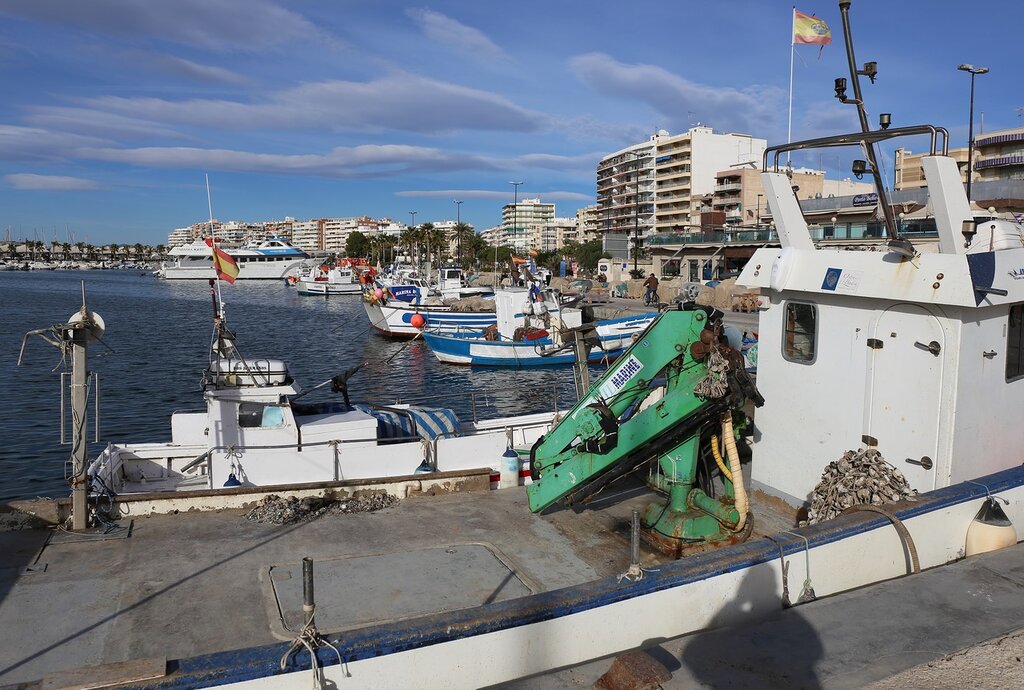 The trawlers had already returned from their morning fishing. 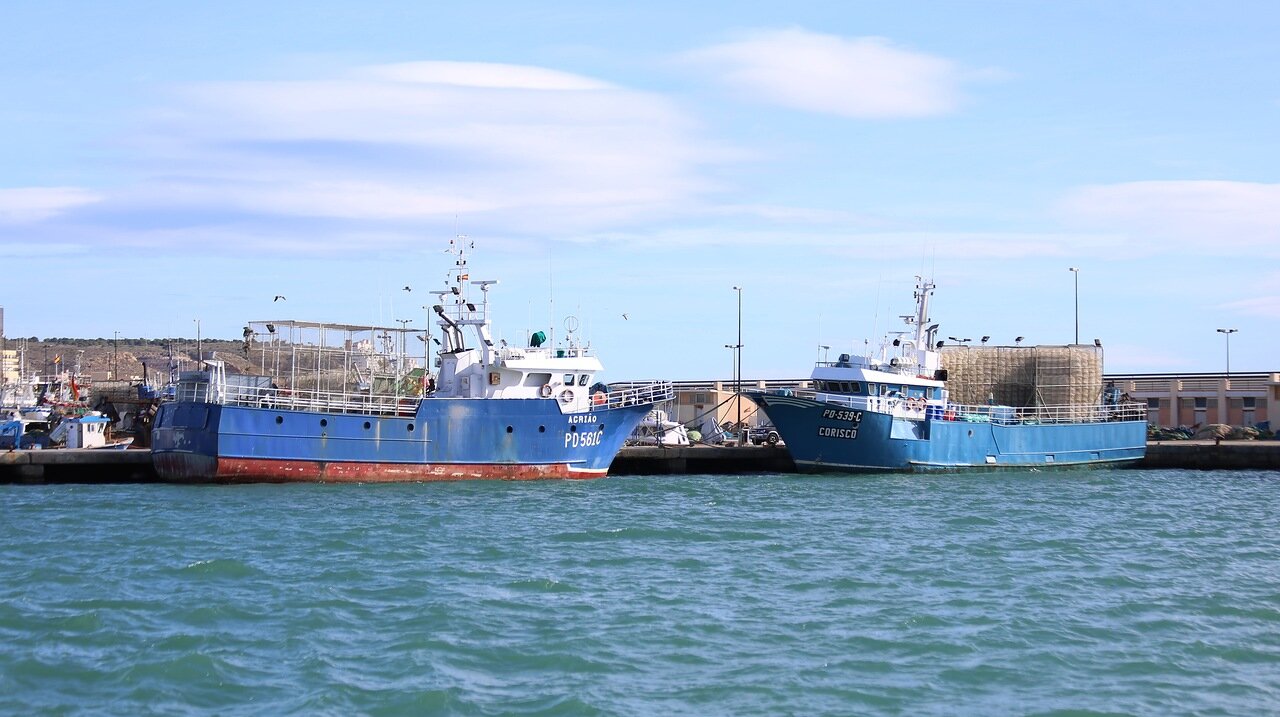 And the nets, after being washed, were stretched out to dry on the wharves. 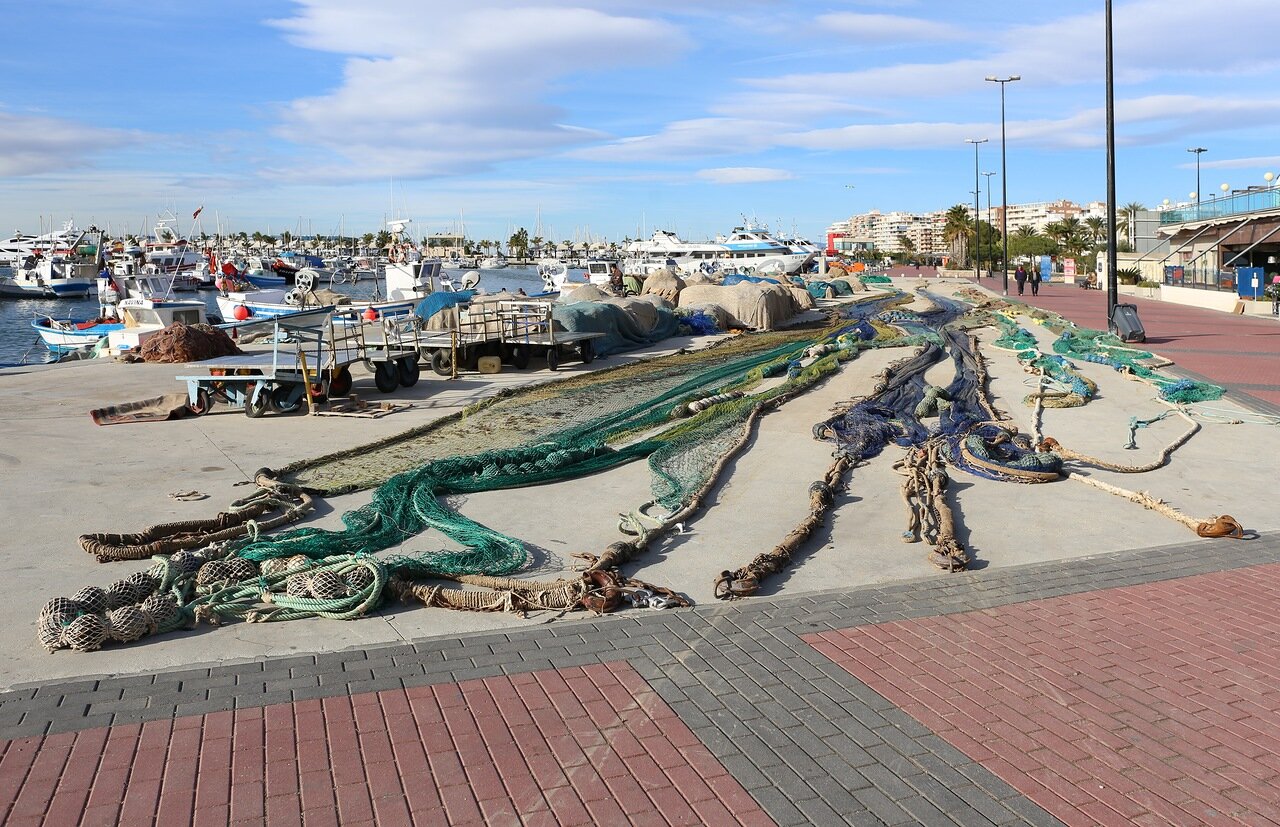 Another tourist catamaran with underwater portholes for observing marine life in the shallows. 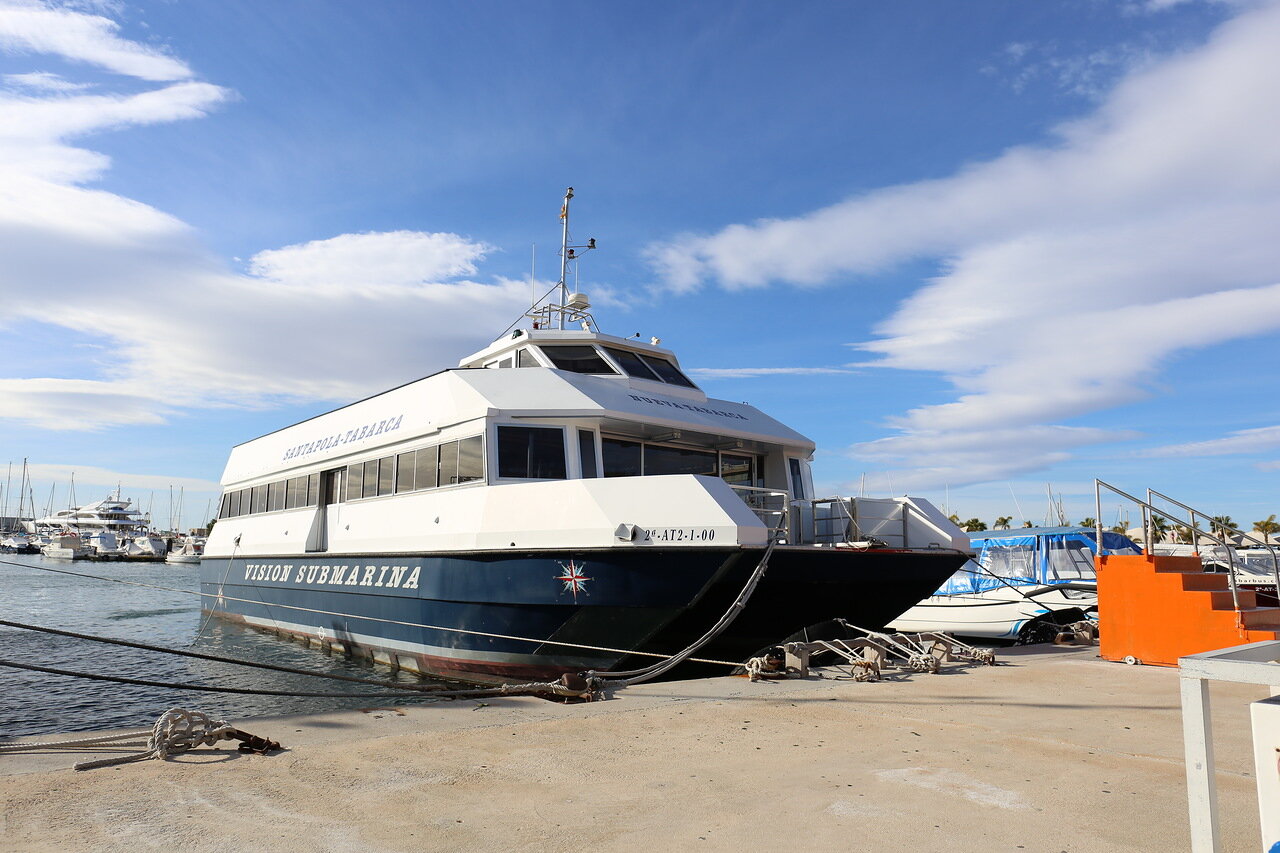 In addition to fishing vessels, there were several luxury yachts in the Harbor. 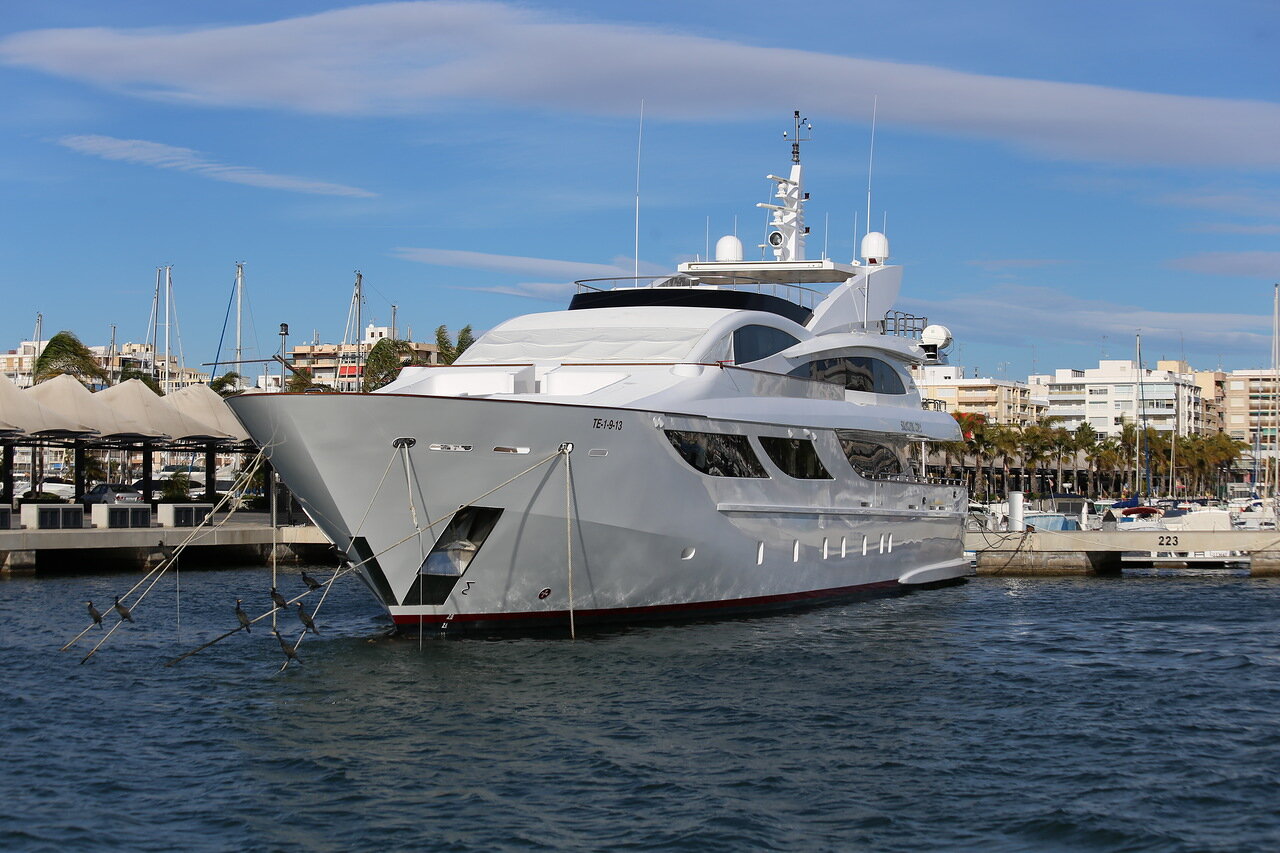 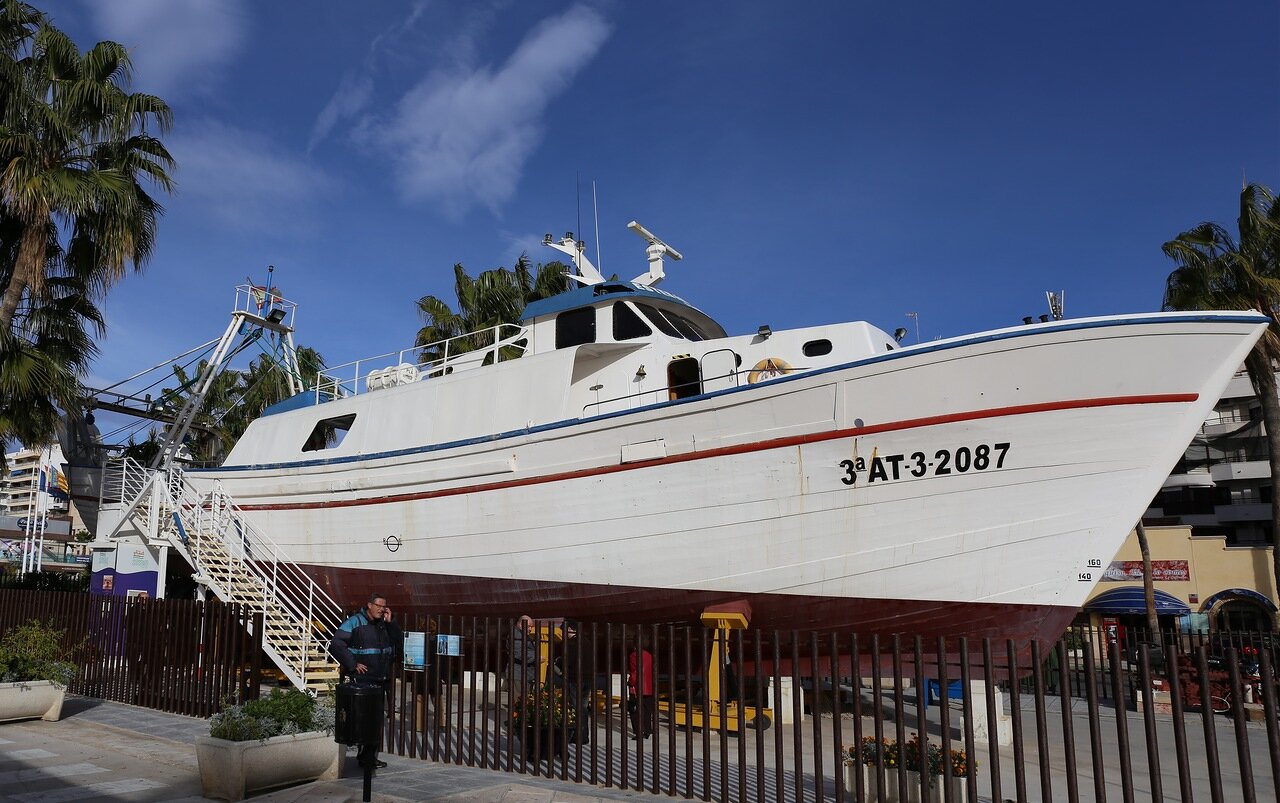 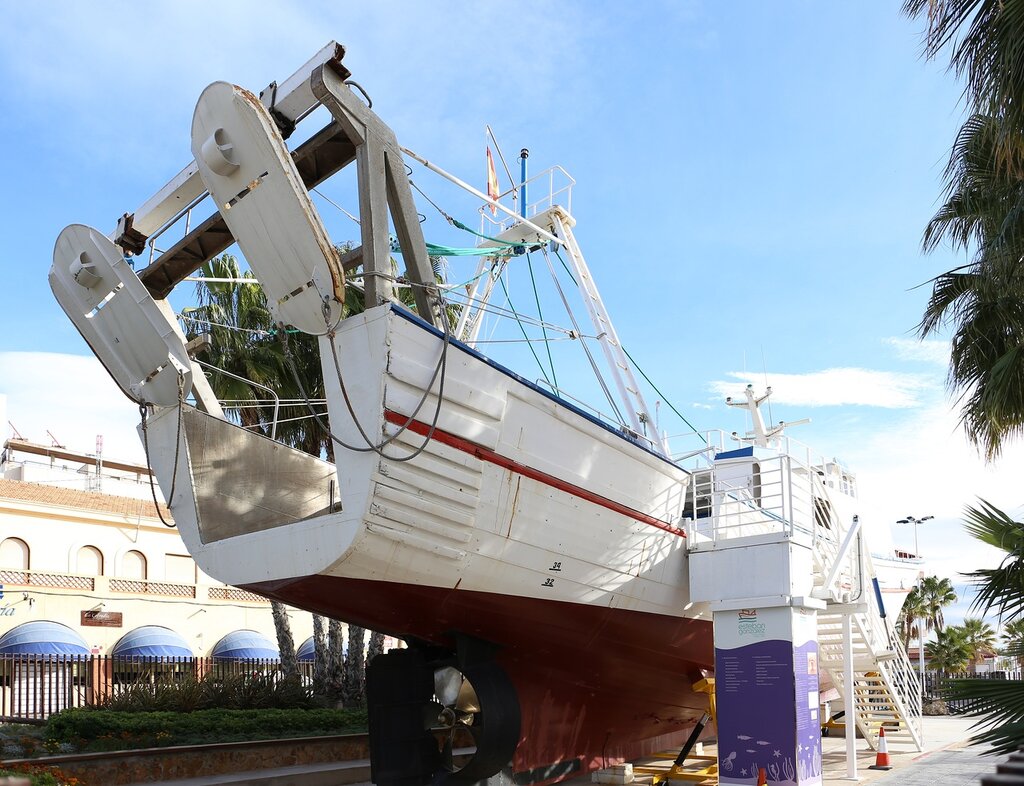 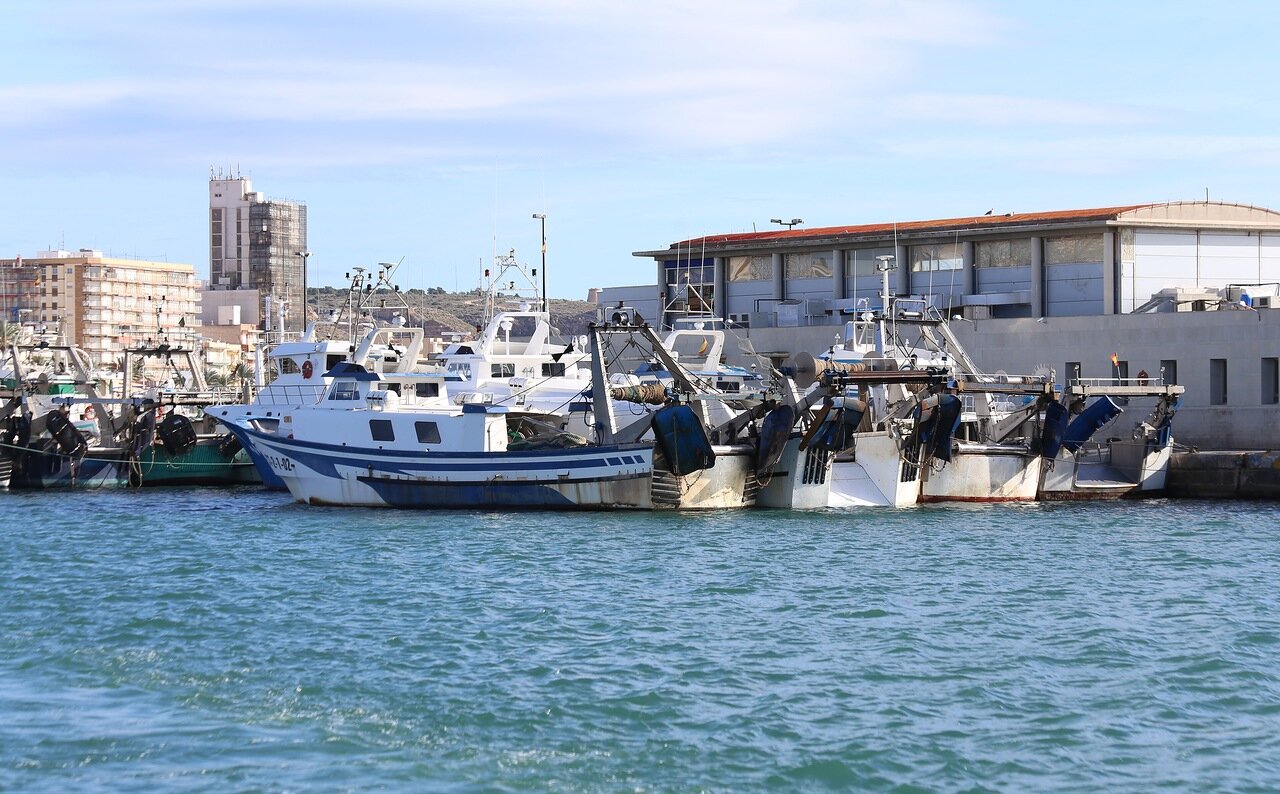 In the Harbor, they passed a sailing yacht that was also heading out to sea. 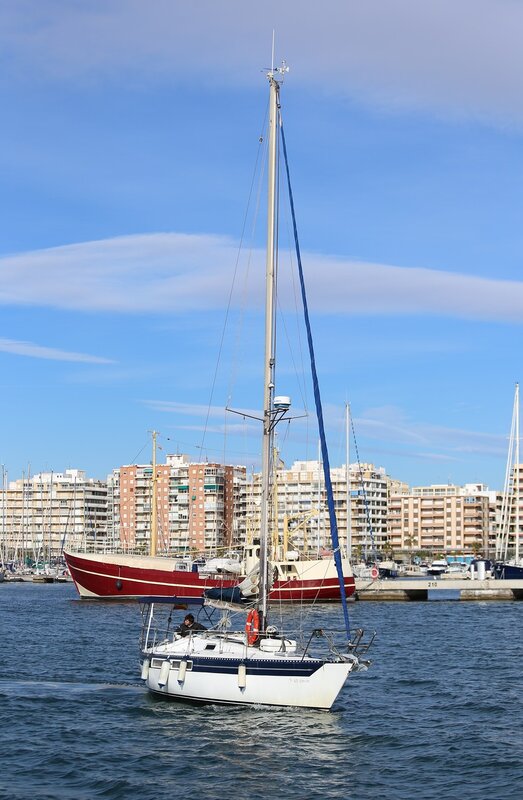 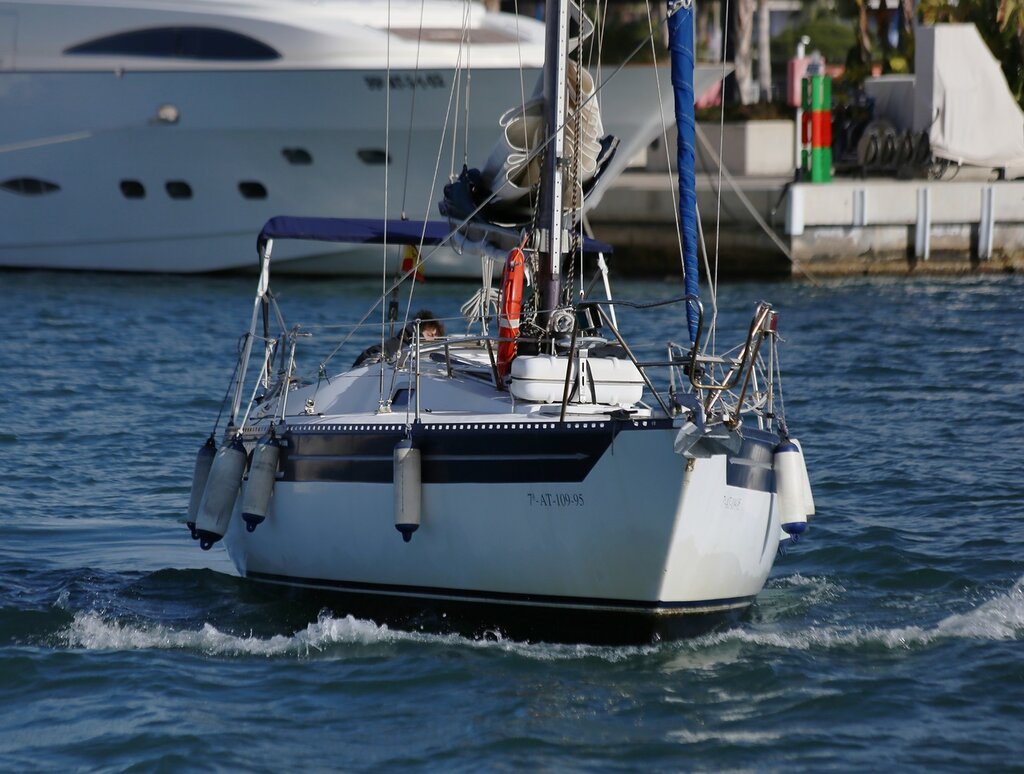 Our catamaran went out around the end of the protective pier with a lighthouse and headed towards the Tabarka archipelago. 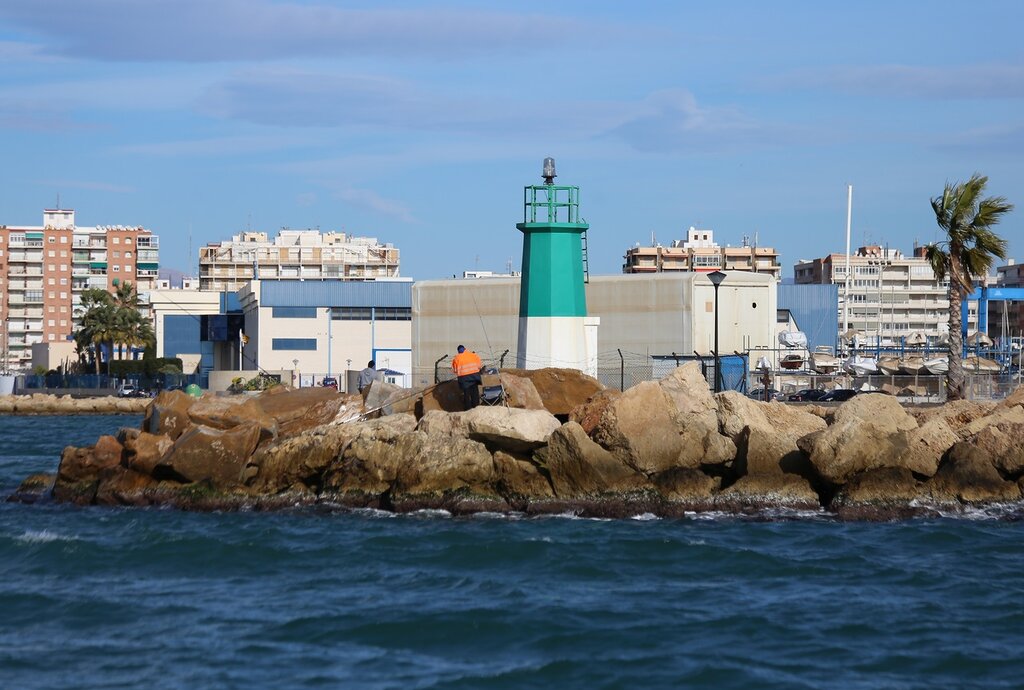