In Agrigento I moved to Canale 1 Apartment that cost me only 24 euros for two nights. The apartment turned out to be an ordinary apartment on the fourth floor of a five-story building. The house is clearly not included in the prestigious category, there is not even an Elevator, although the ceilings are very high. The entrance is clean and bright, and there is even a print of angels on one of the platforms. I would like to add that I had to wait for the owner for almost an hour after the phone call, although it was promised to arrive in 10 minutes. The entrance While I was waiting, a dark cloud rolled over, which added to my worries, since there was absolutely nowhere to hide from the rain in the visible space. Even on the entrance was not the usual visor. Well, anyway, the rain did not gather, and the landlord of the apartment came up with a heartfelt apology and, picking up my backpack, dragged me into the entrance - let's put it down to the cost of budget tourism. 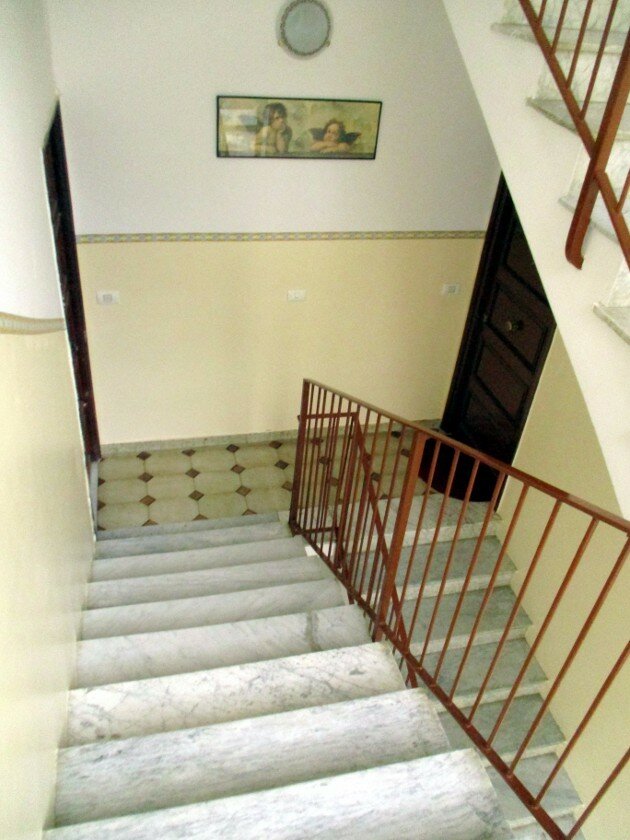 The settlement procedure was extremely simple - I was shown my room and given a set of keys - from the room (purely symbolic, since instead of the door there was a plastic "accordion", from the apartment and street doors. Then a quick tour of the common areas-kitchen and bathroom, with brief instructions on how to use the equipment. When he was done, the owner told him to leave the keys on the nightstand when leaving and just slam the door. At parting, I was informed that I would spend the first night completely alone in the apartment, and the next day another guest would occupy the second room. 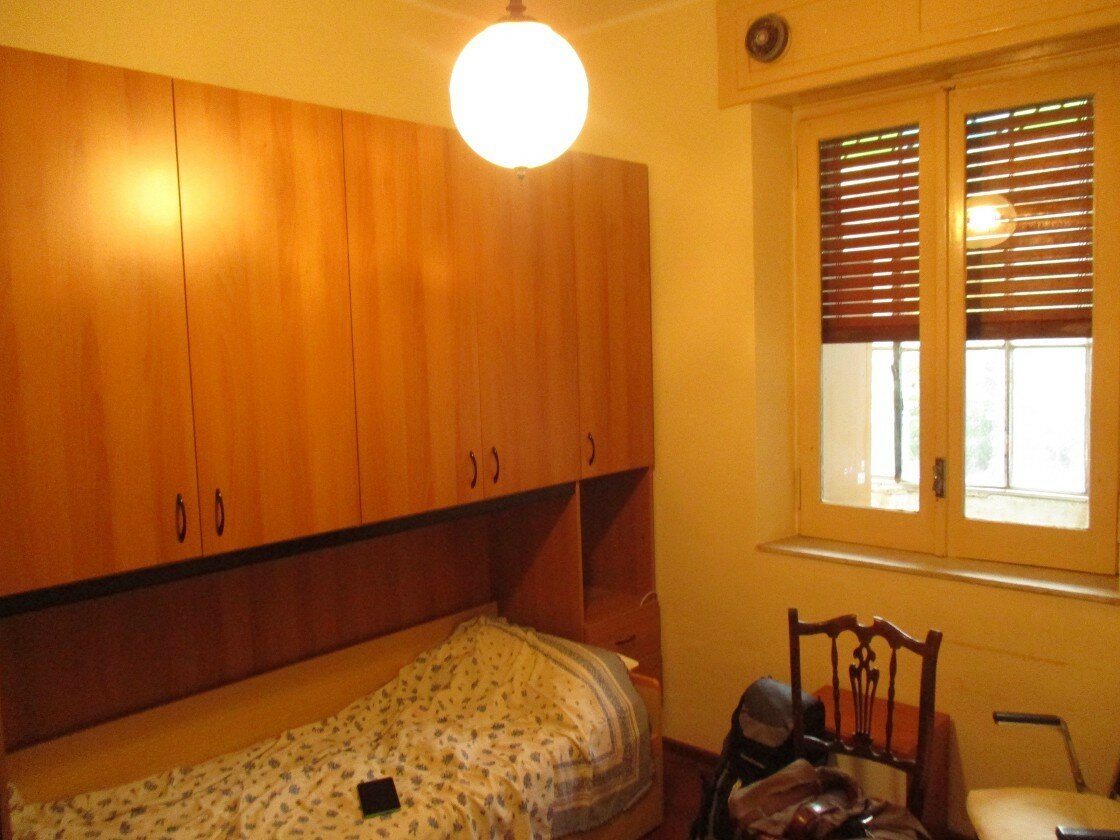 After unpacking my belongings, I studied my new apartment in more detail (I apologize for the quality of the photo, I took it with the duty soap dish). The first thing I did was look into the kitchen - there was the necessary minimum of equipment - a gas stove, sink, a large refrigerator, and in the cabinets I found some dishes - what else do I need? 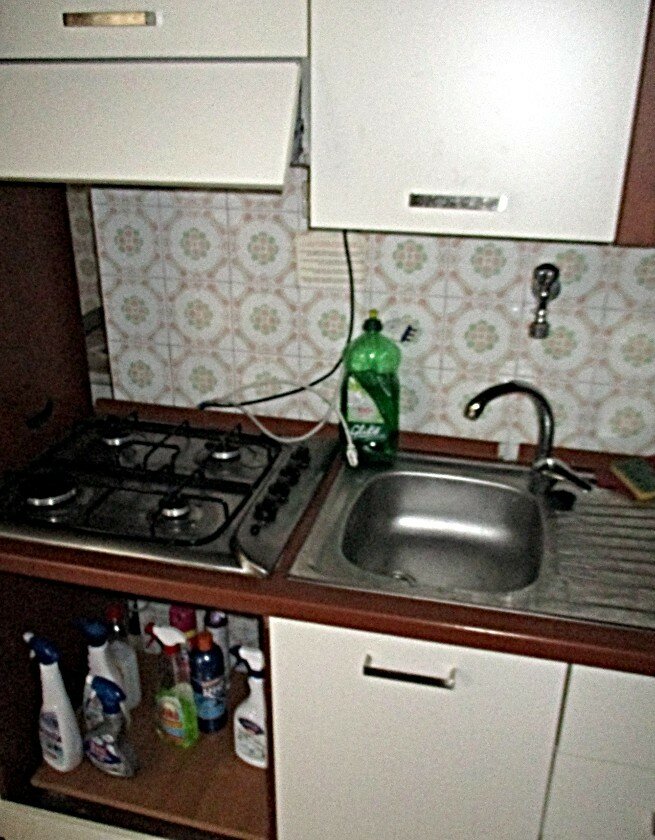 Looking behind the refrigerator, I found a gas cylinder resting against the compressor unit - this attitude to safety caused me, to put it mildly, bewilderment. I pushed the canister as far away as I could, but still ventured to turn on the refrigerator. 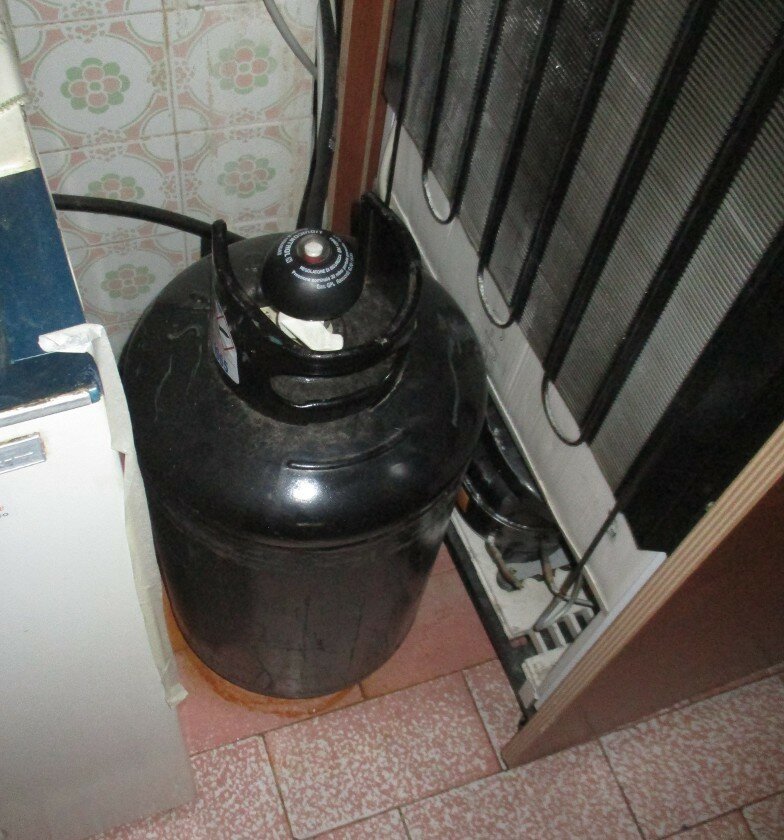 In addition to the cylinder, behind the refrigerator was found a relic washing machine INDEZIT. Judging by the design, the unit was made at a time when in my Homeland no one even dreamed of washing machines. I can't say anything about its efficiency, but I think that if the car is not in a landfill, then it works. I remembered that a friend of mine had sent at least three modern Indezites to the landfill over the past ten years because they were completely unusable. However, all of them were not Italian, but domestic production. 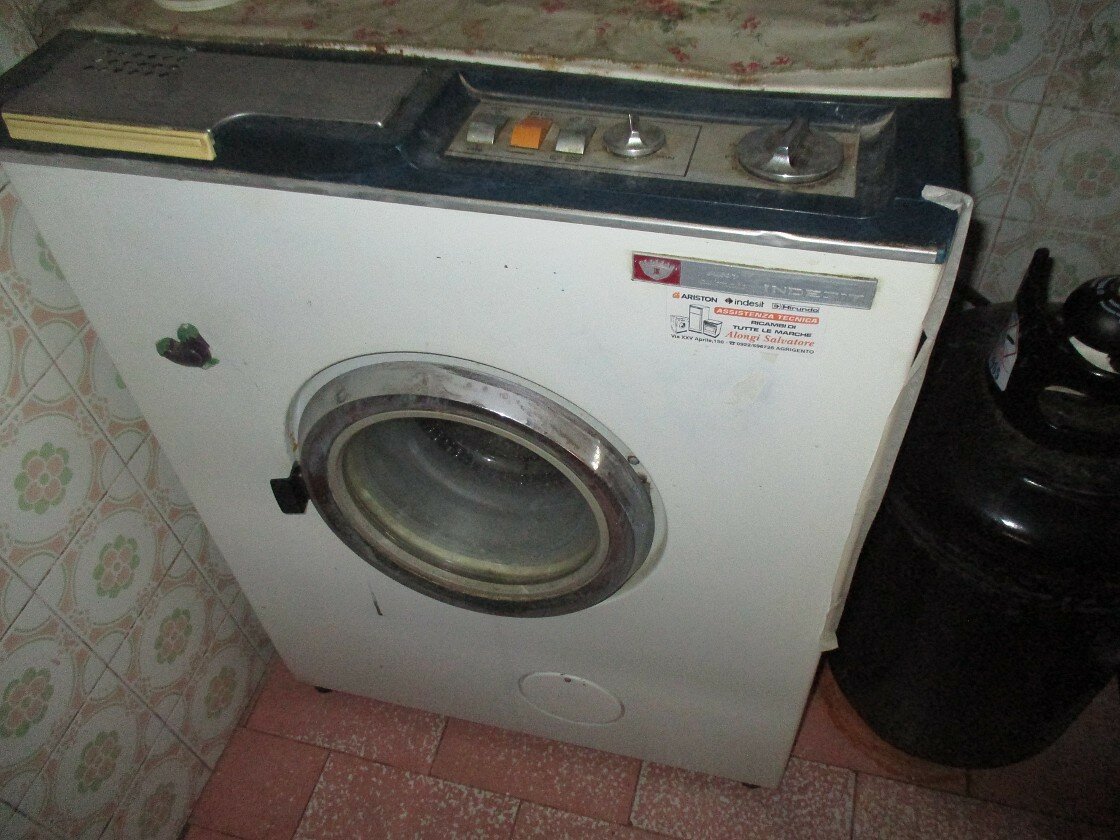 Behind the washing machine was a small storage room with a water pump mounted on the wall. About this in more detail - with the water supply in Sicily, as I understand, not everything is easy, because everywhere you can, there are huge tanks installed - on the roofs, on balconies, hung on walls, and also directly in apartments (here such a tank is visible under the ceiling). The pressure in the main lines is weak, especially on the upper floors, so saving the drowning is the work of the drowning themselves uninterrupted water supply is a personal matter for homeowners. This automatic pump turned on as soon as I opened the tap above the sink. The pump was turned off when we arrived, and the owner showed me where to turn it on. When the pump was turned off, only a thin trickle flowed from the tap. 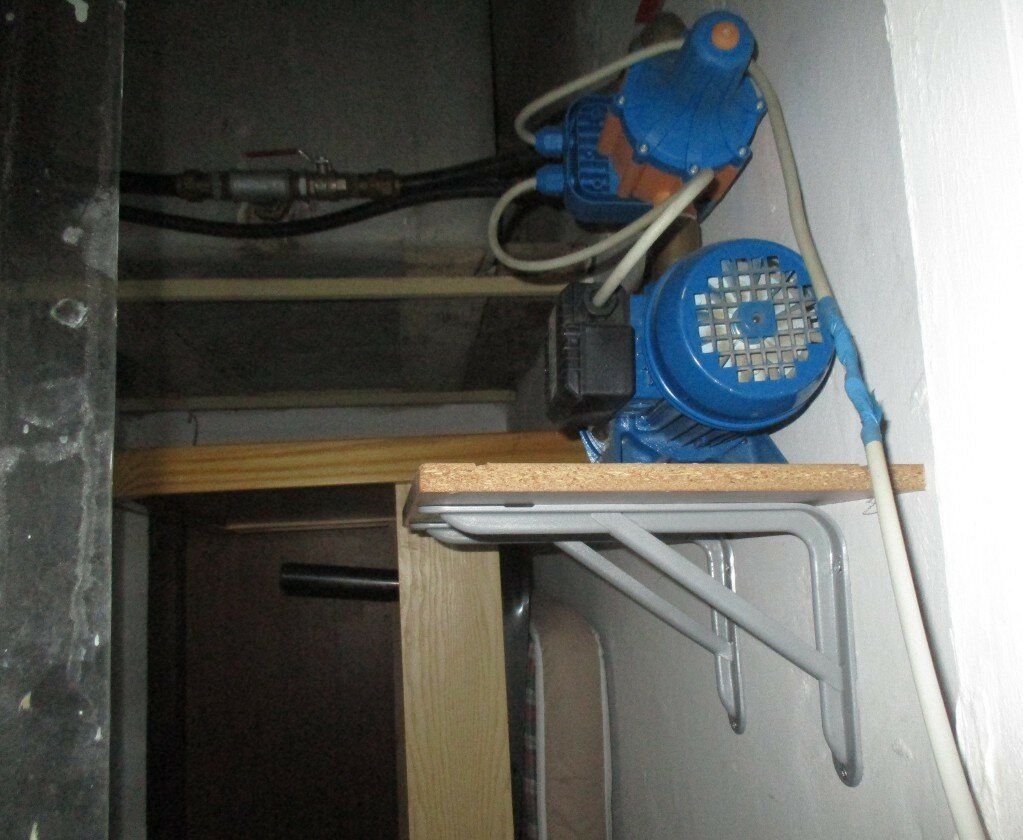 Another door from the kitchen leads to a small glass-enclosed loggia, which also opens out of my bedroom window. Here, in my chair, I would sit for a Cup of tea in the evenings, reading the guidebook on my tablet. 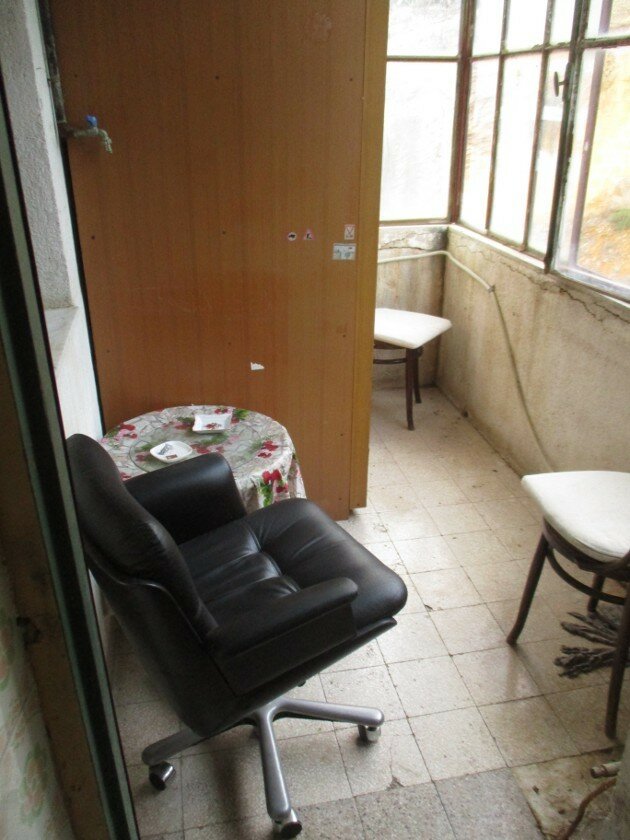 A large part of the loggia is occupied by a huge Cabinet, on which there is another water tank. 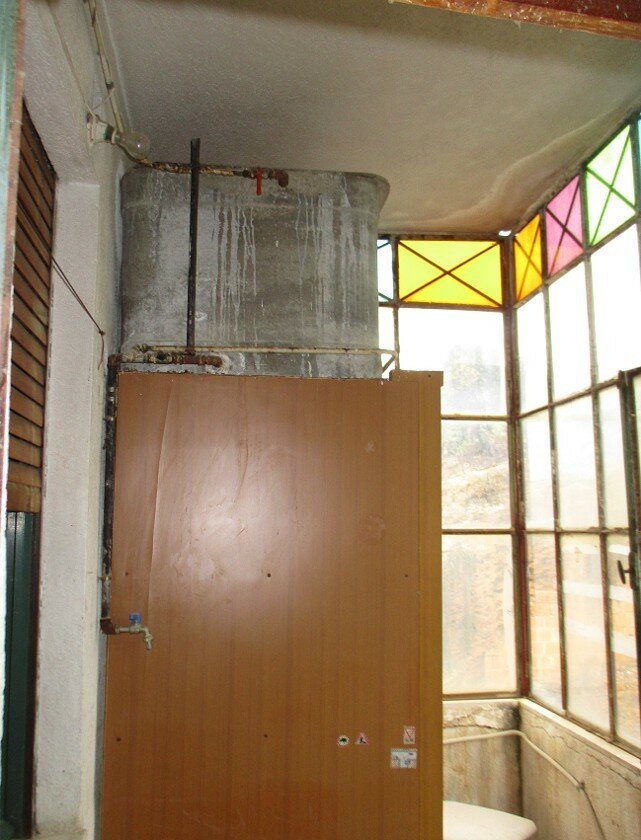 A gas heating boiler is also installed here. If the kitchen stove is powered by a cylinder of liquefied gas, then the water heater is connected to the gas supply system, of course, through a meter. 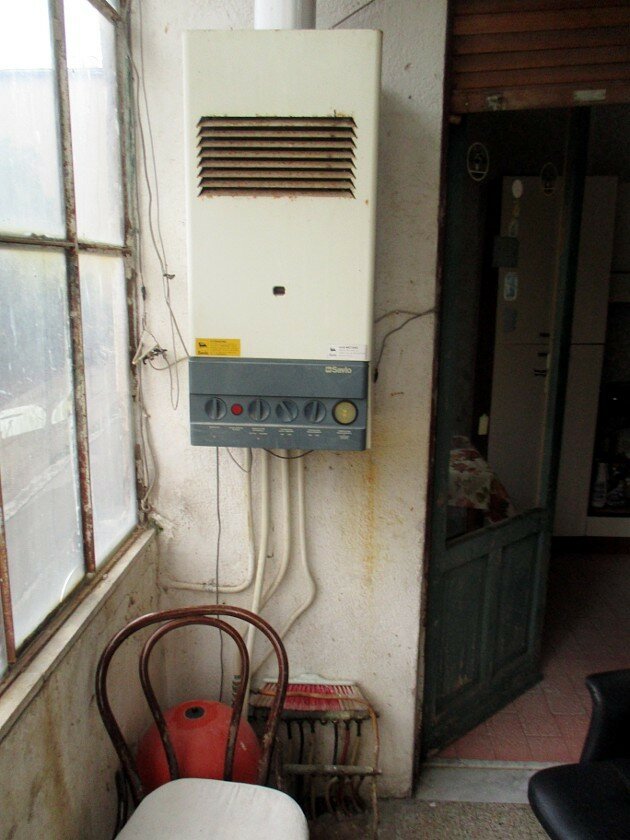 The heating system is arranged on the principle of "warm floor", has its own pump and receiver (red ball). All heating pipes are copper, with a plastic shell. I don't know how many months of the year this system is in demand in Sicily, but on November 6, when I left, it was +28 in Catania. 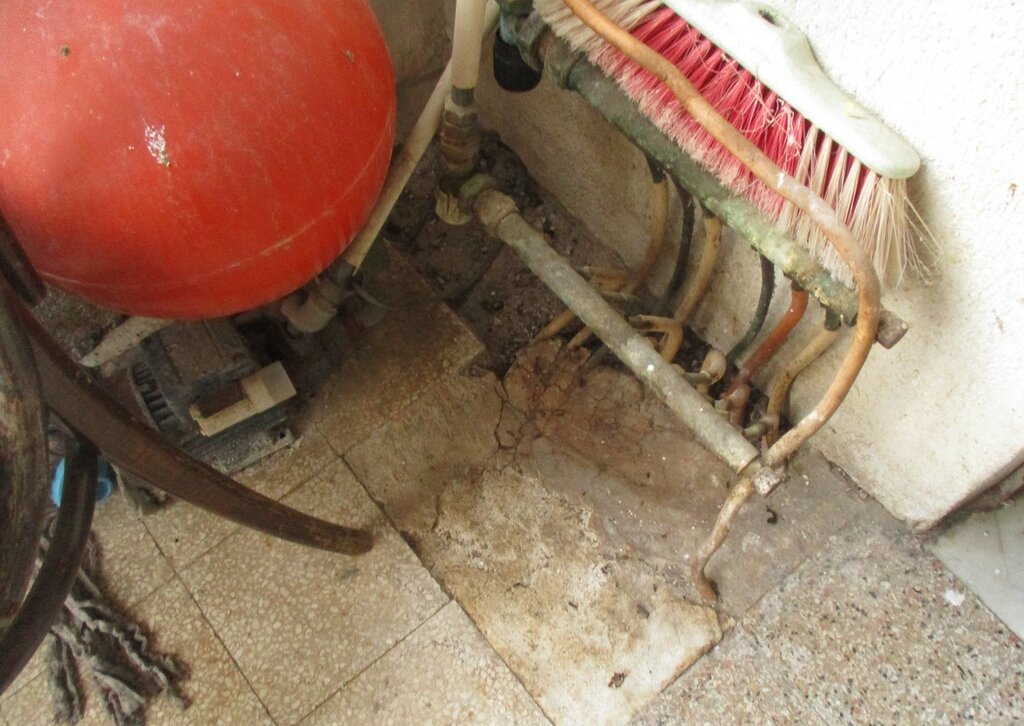 Then I visited the bathroom. Joint. In Italy, they are everywhere combined, and not only in Italy. At home, this is for some reason considered abnormal, the presence of a combined apartment greatly reduces its prestige, and its invention was attributed personally to the General Secretary of the Central Committee of the CPSU, comrade N. S. Khrushchev - such bathrooms are an indispensable attribute of apartments - "Khrushchev", in typical mass-built houses of the fifties and sixties. 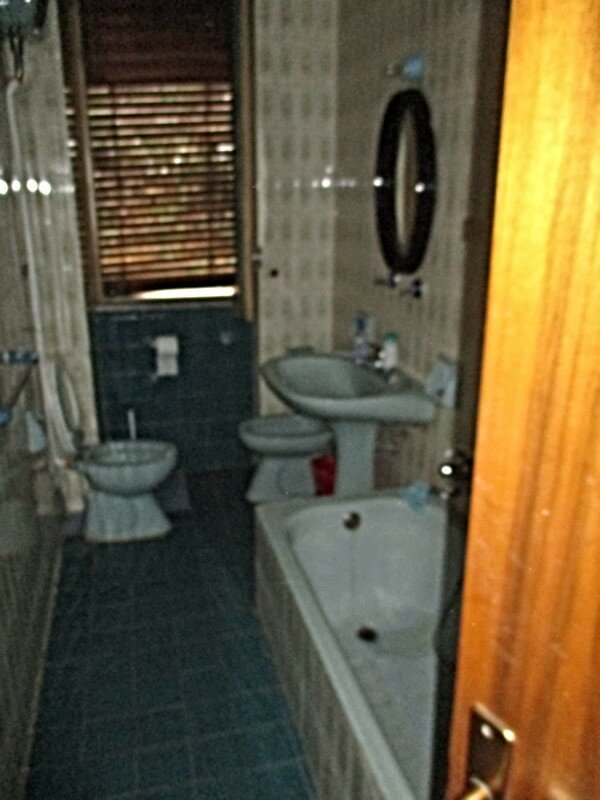 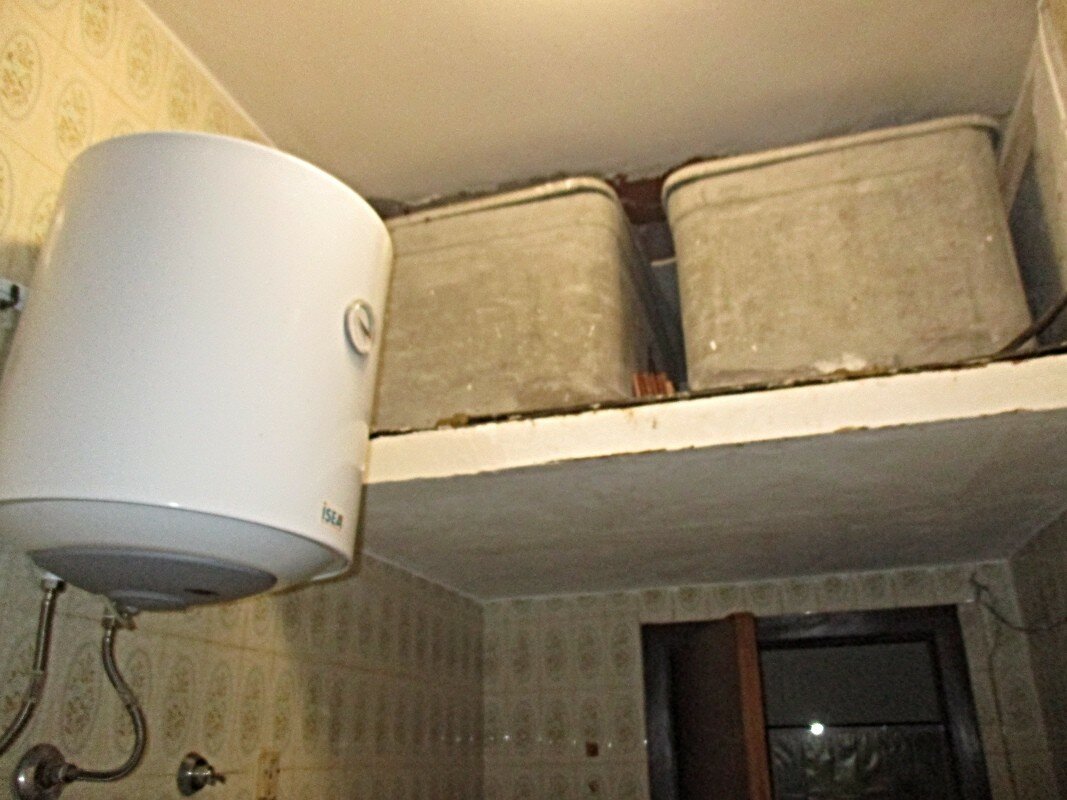 And again, perplexity was caused by the power supply scheme of this very boiler. However, to fill the wire with water, you need to try very hard. I was also surprised by the absence of a curtain over the bathroom and any mounting for the shower divider. Well, you can wash yourself, and for such money it is generally a sin to complain. 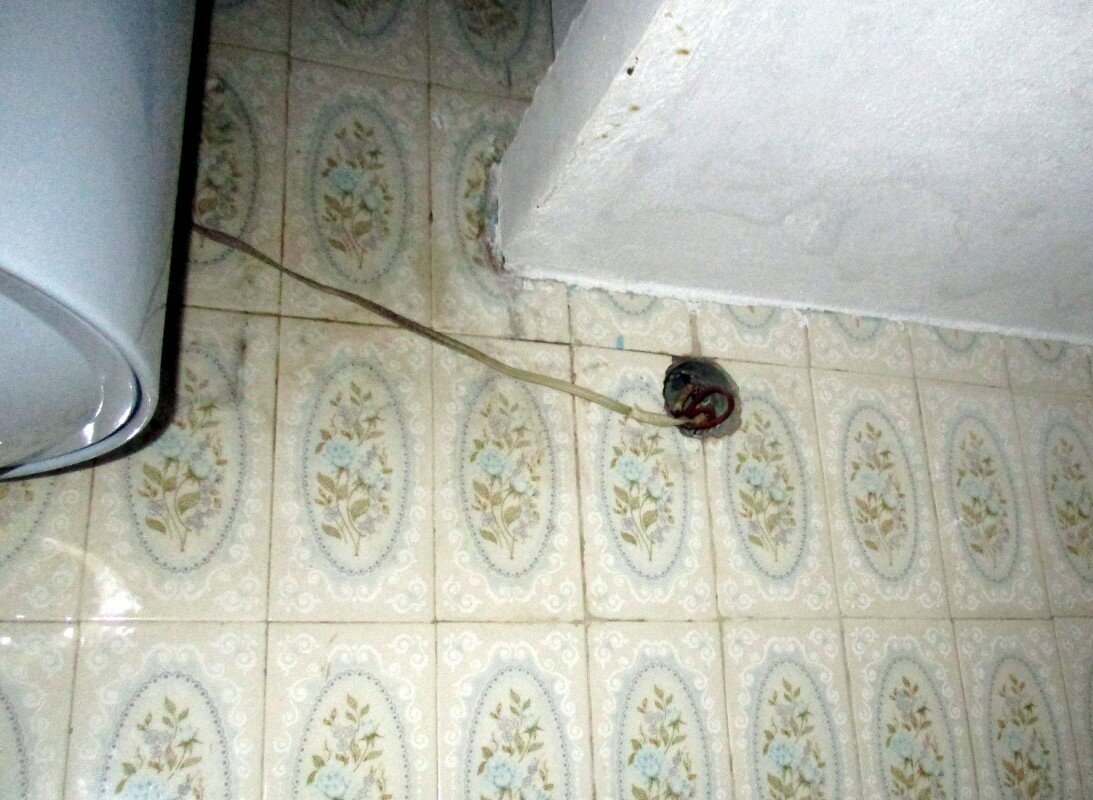 Here, above the door, on a major concrete slab, there are two more water tanks. And again, you can admire the masterpiece of electrical installation. 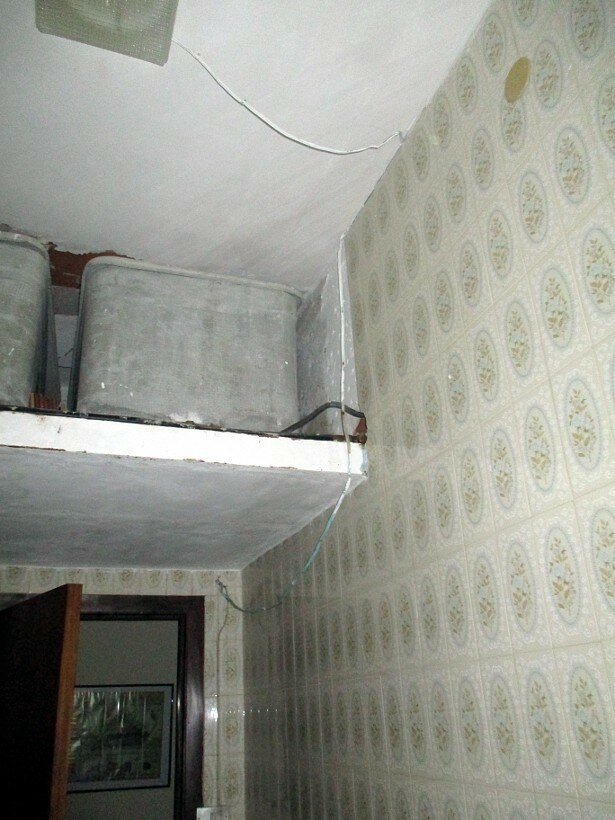 Completing the picture is the original lock of the sliding window shutter. 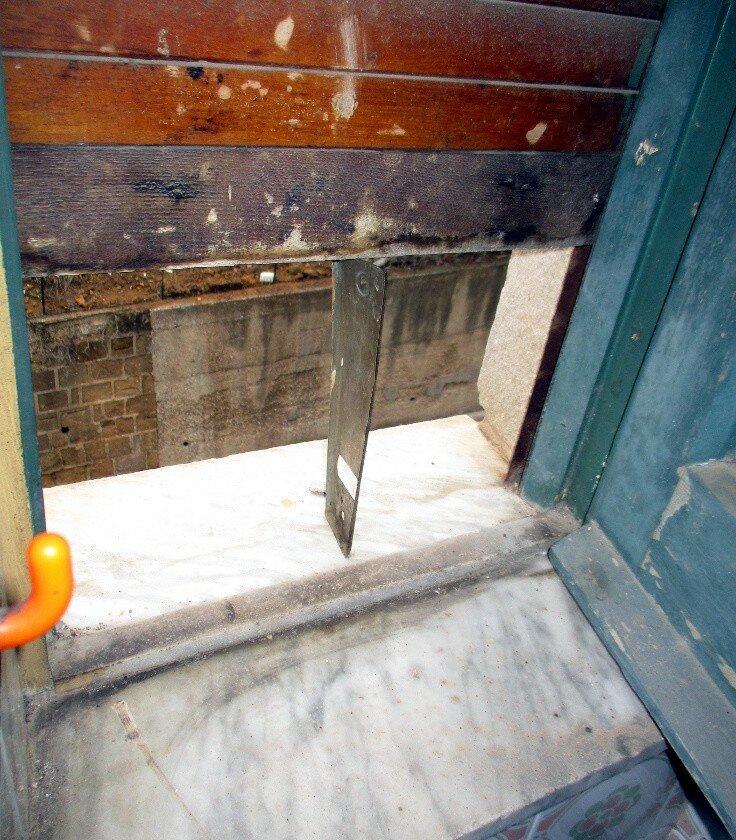 In conclusion, I looked into the next room - it was much more spacious and comfortable than mine. It is interesting that the lodger did not turn up in it, I lived in the apartment for two days completely alone. 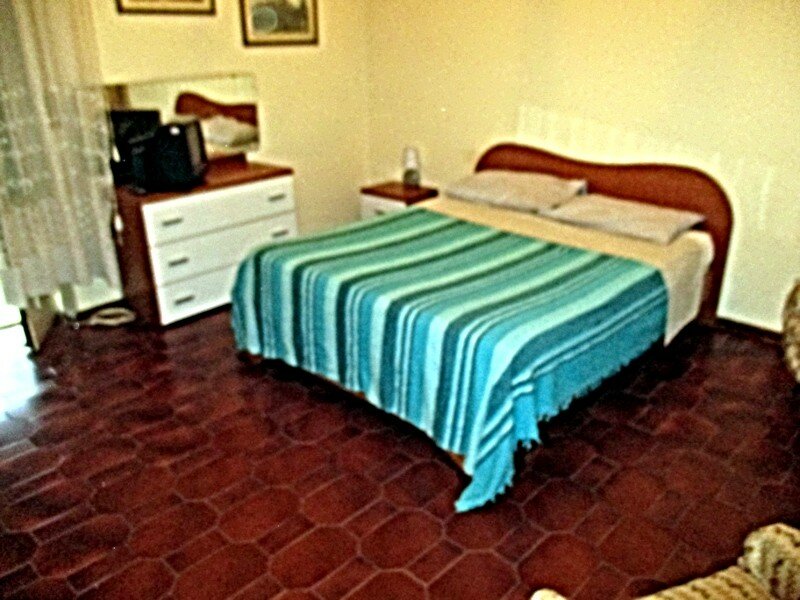 I can add that the house is located one and a half kilometers from the main attractions of Agrigento-the Valley of temples and the Archaeological Museum. The railway station and the historical center of the city are also close horizontally but much higher vertically - you need to overcome several stairs. Well, it's not unusual in Sicily.