On the pier, where museum ships are moored, present a collection of small vessels and naval weapons. Unfortunately, my time was very limited and I spent it getting to know the submarine and the boat and the shore exhibits looked almost running. 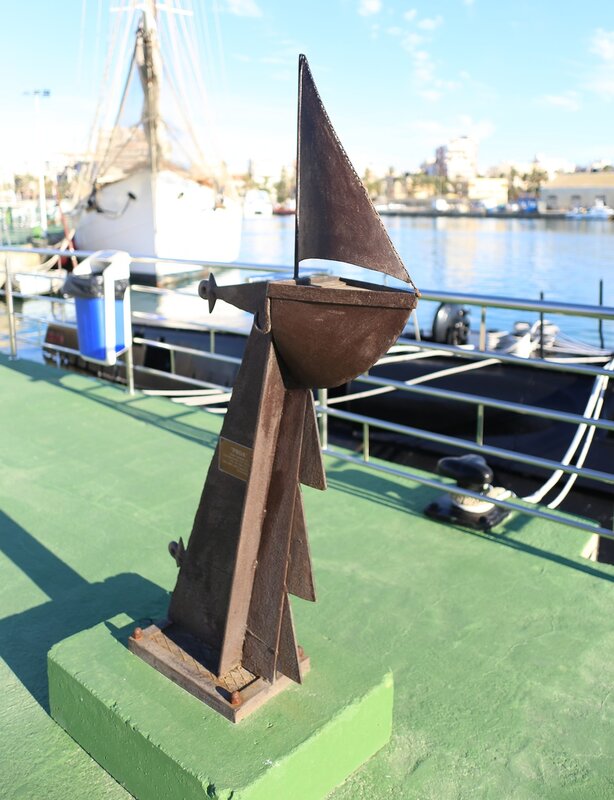 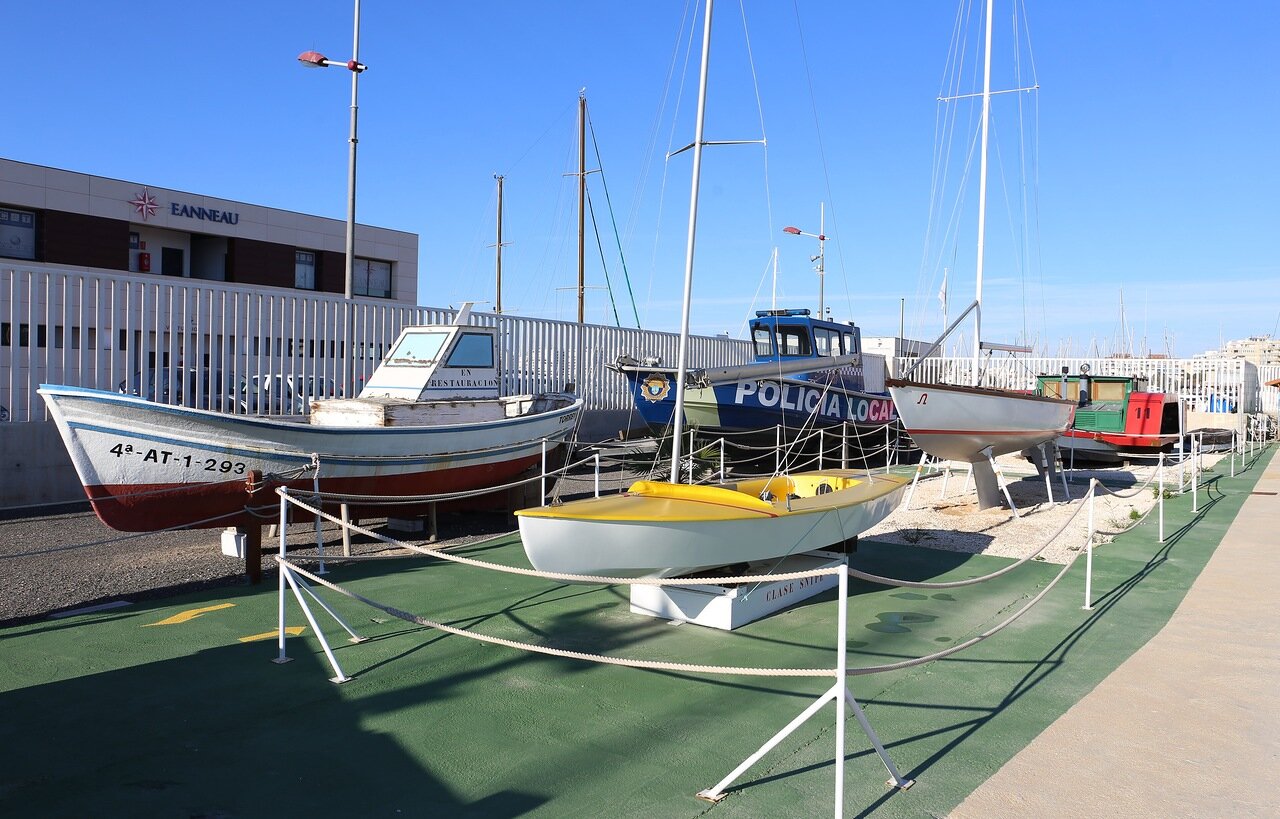 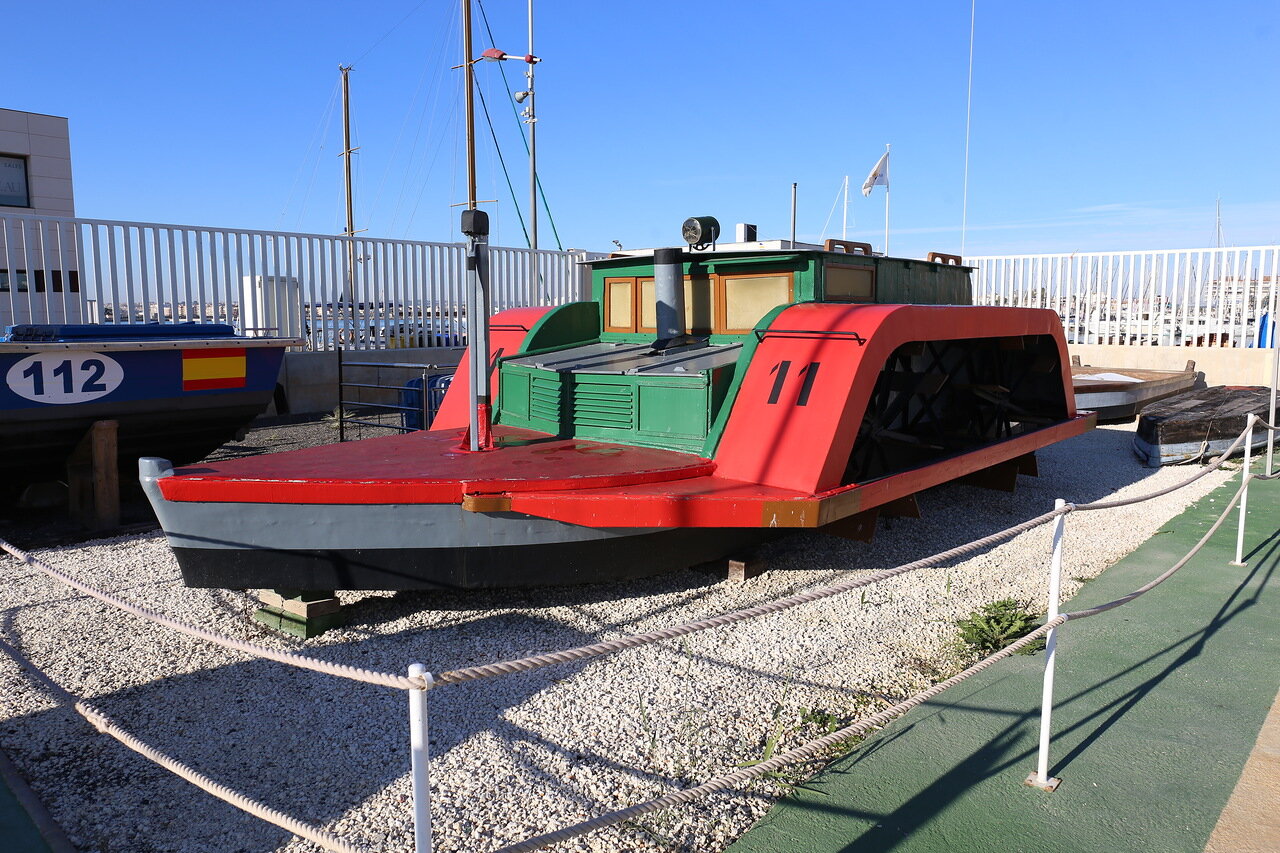 Due to the large width of the hull, the vessel has a very small draft, which is very important for Spanish rivers, which have low water for a long time in the year. 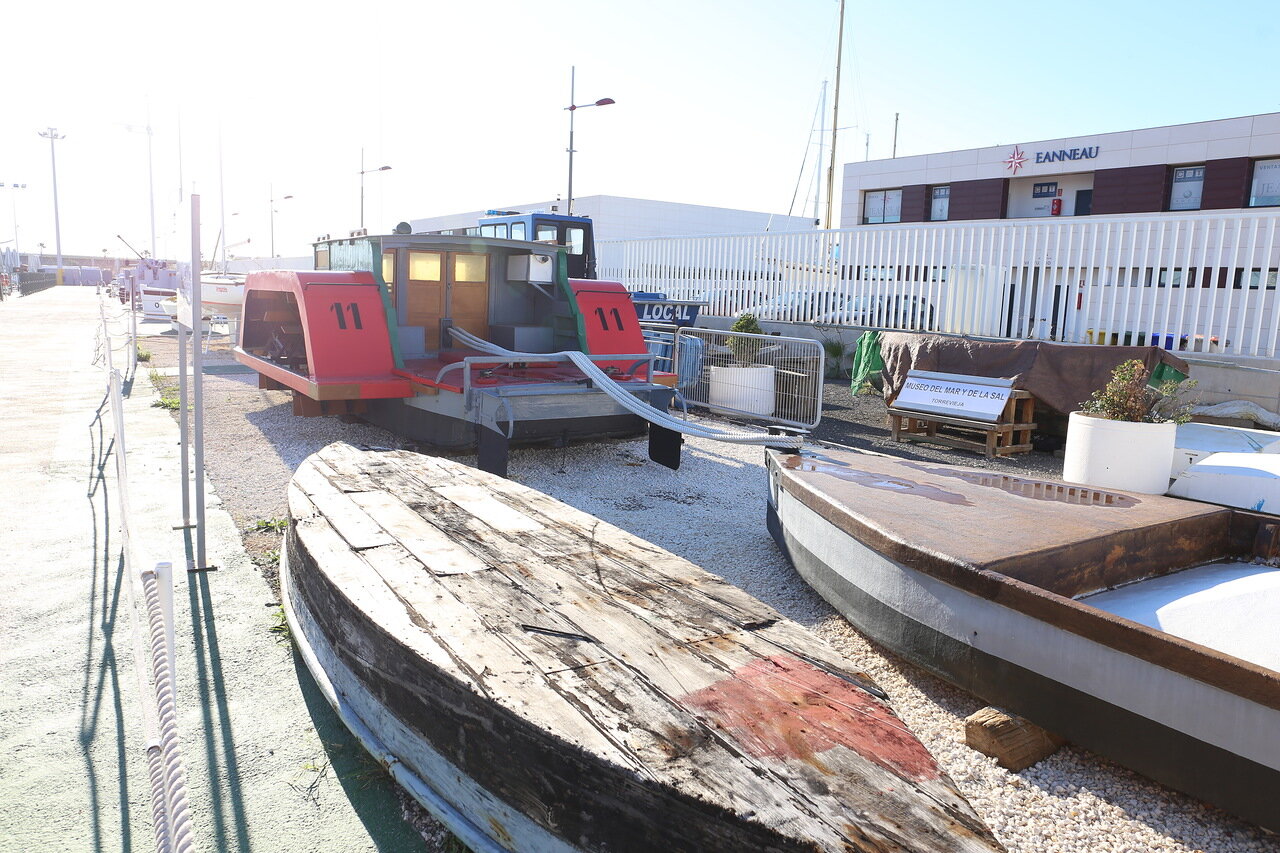 Naval anti-aircraft gun of the Swedish company Bofors, the model of the 40mm L/70. This quick-firing gun was developed in 1948, but is still used in both sea and land forces of many countries. 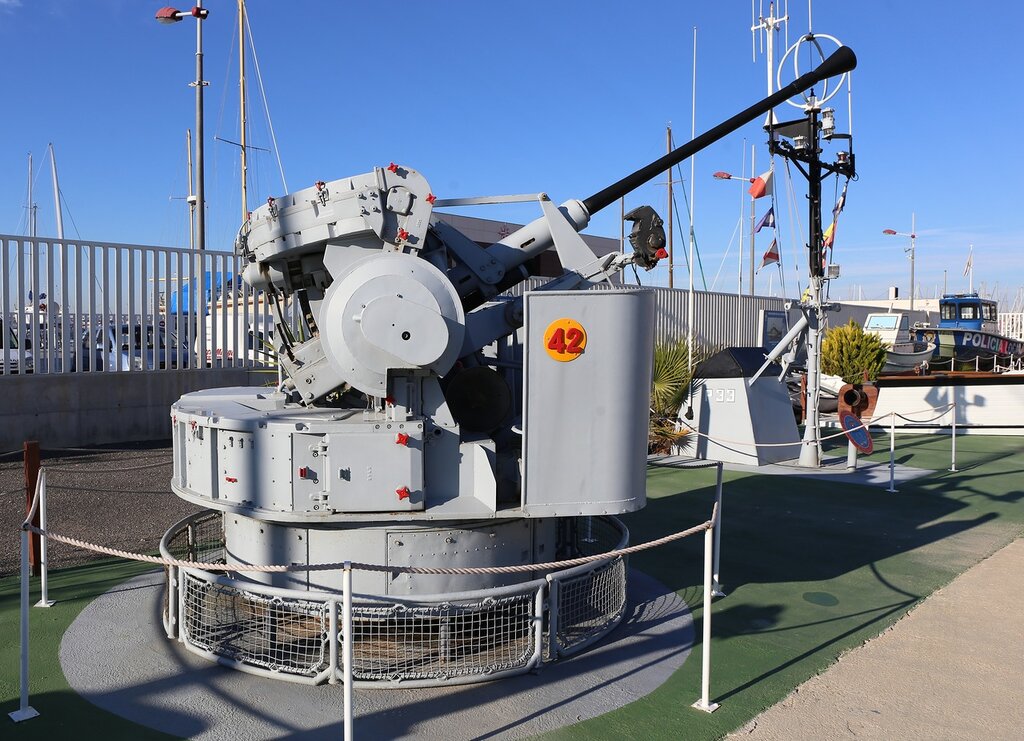 Due to the high initial speed of 1150 m/c and the mass of the projectile of almost one kilogram, the Bofors l/70 guns have good accuracy of fire and effective range for air targets in 3000 meters. The maximum range of the projectile is 12,500 meters, a completely unique result for small-caliber artillery. The rate of fire of 240 shots per minute, the gun barrel resource is 4000 shots. 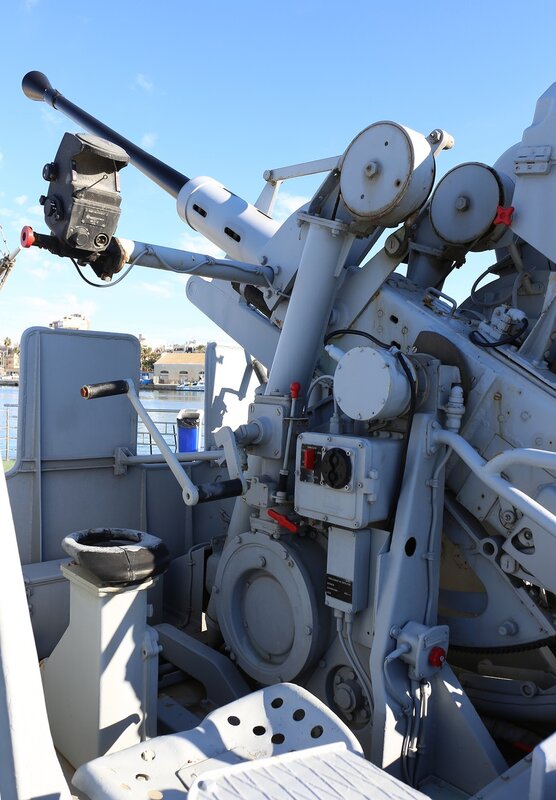 Twin 20mm automatic gun Oerlikon. This artillery system was developed during the First world war in Germany, but according to the Treaty of Versailles, the patent for it went to the Swiss company SEMAG, and after its bankruptcy, the technology was bought by the company Oerlikon in the same suburb of Zurich.. 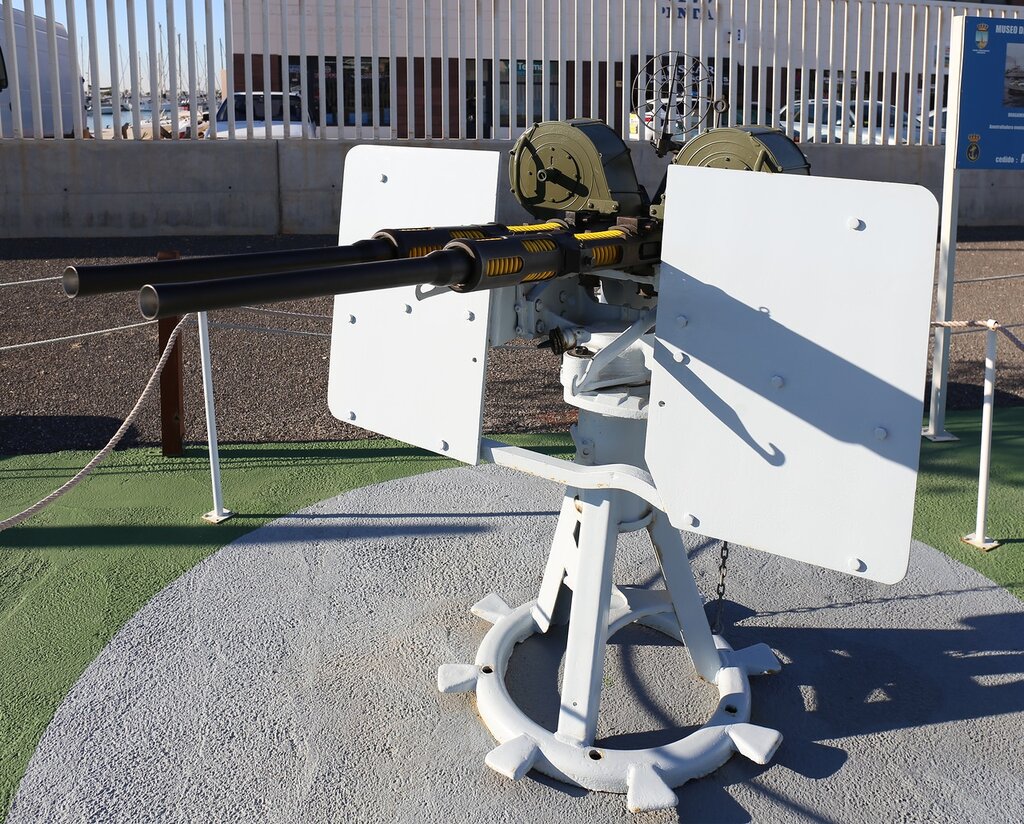 Oerlikon is also produced under license in the US and the UK and was widely used in world war II by all combatants. 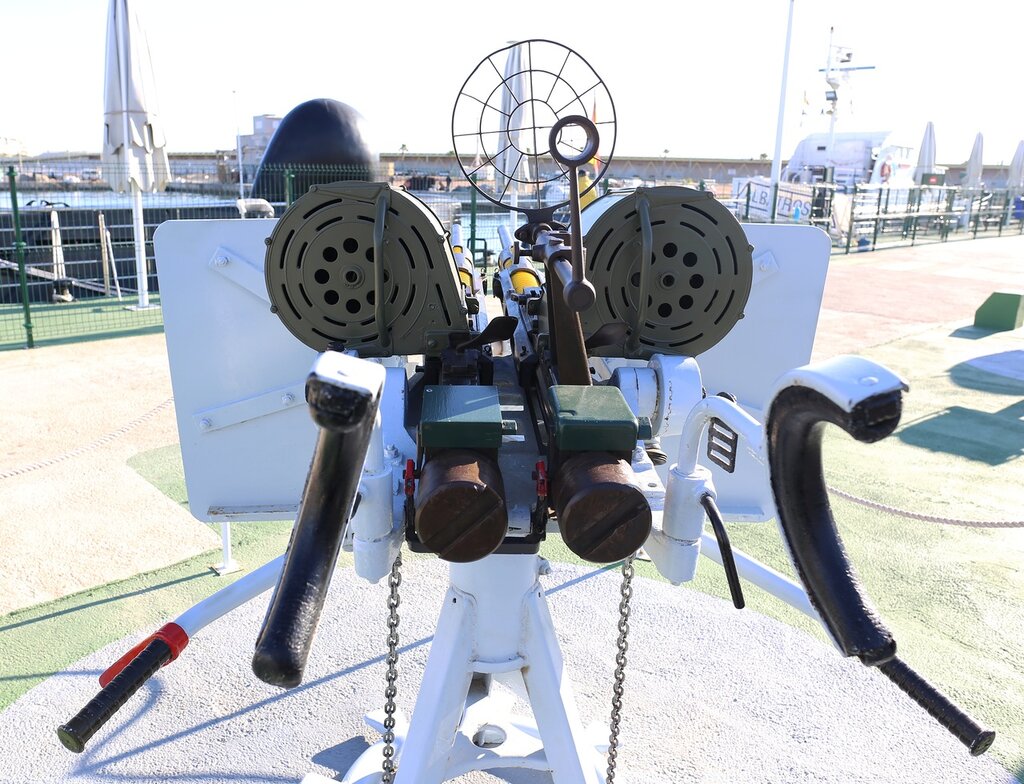 In the museum presents model 2SS of 1945, which has a rate of fire of 650 shots per minute. Such installations are now in service, in particular on the US Coast guard ships. 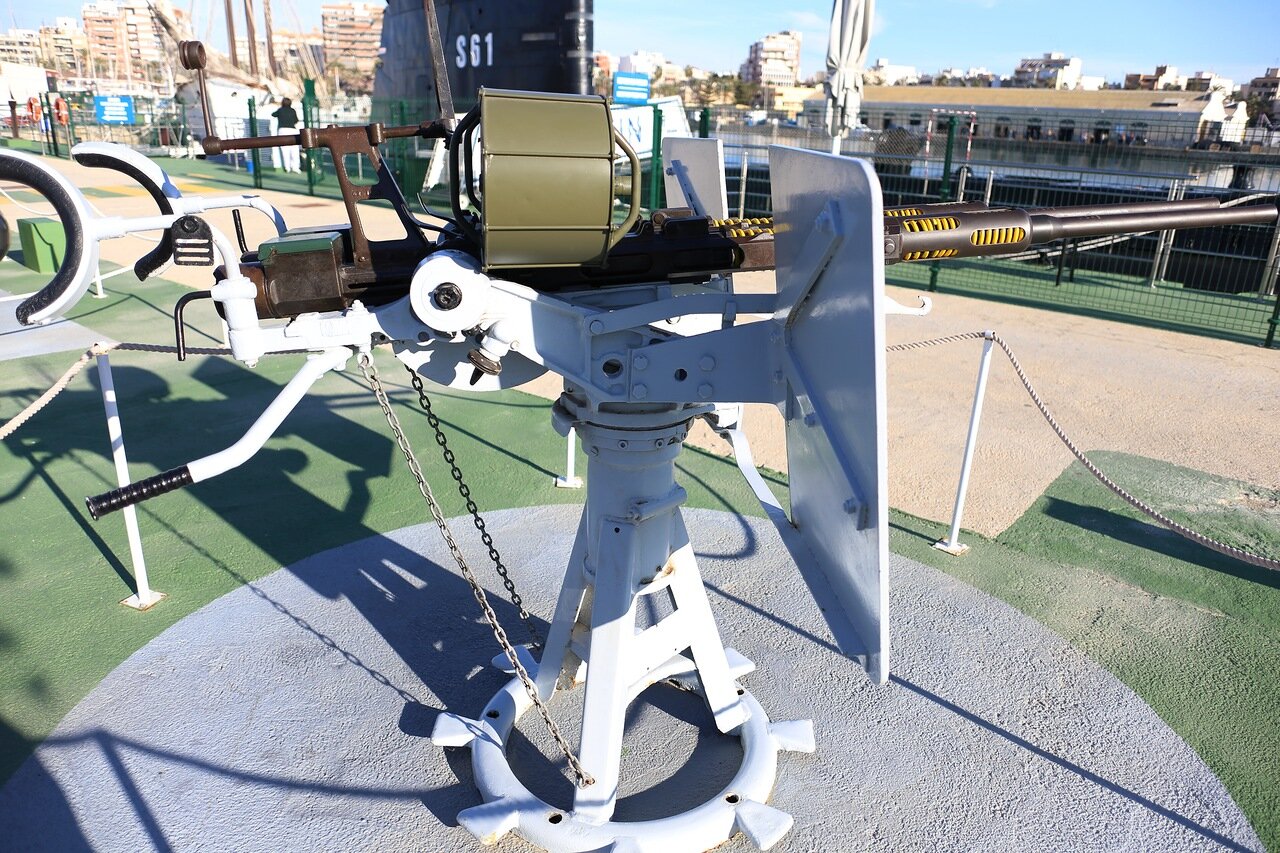 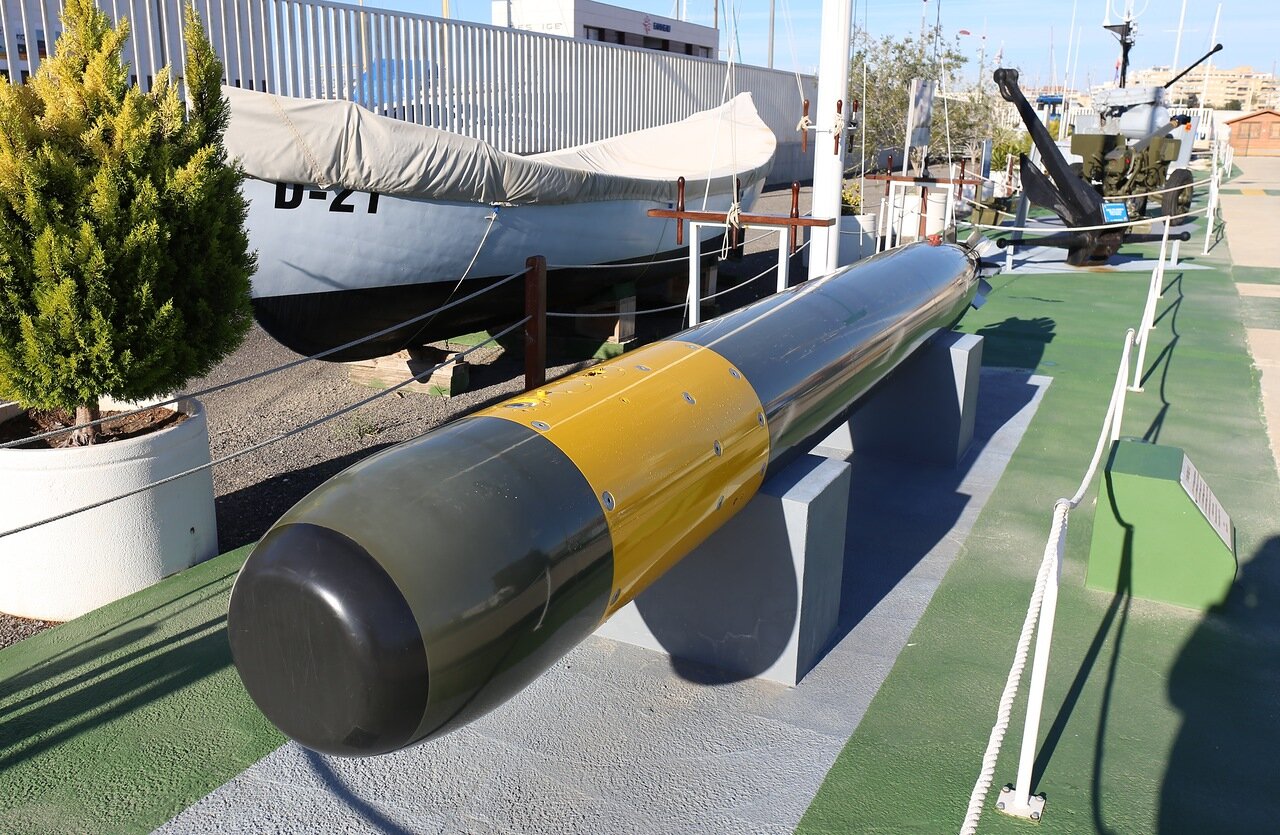 This is, I think, a safety device. 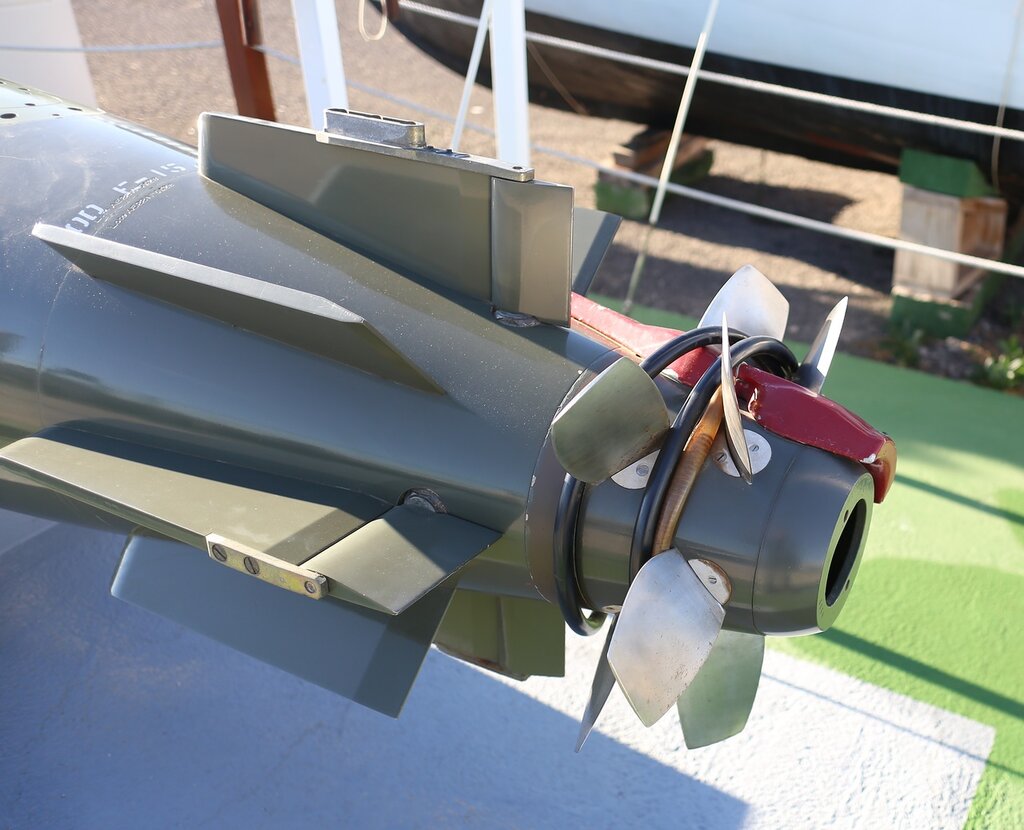 Deep bomb on the launcher. 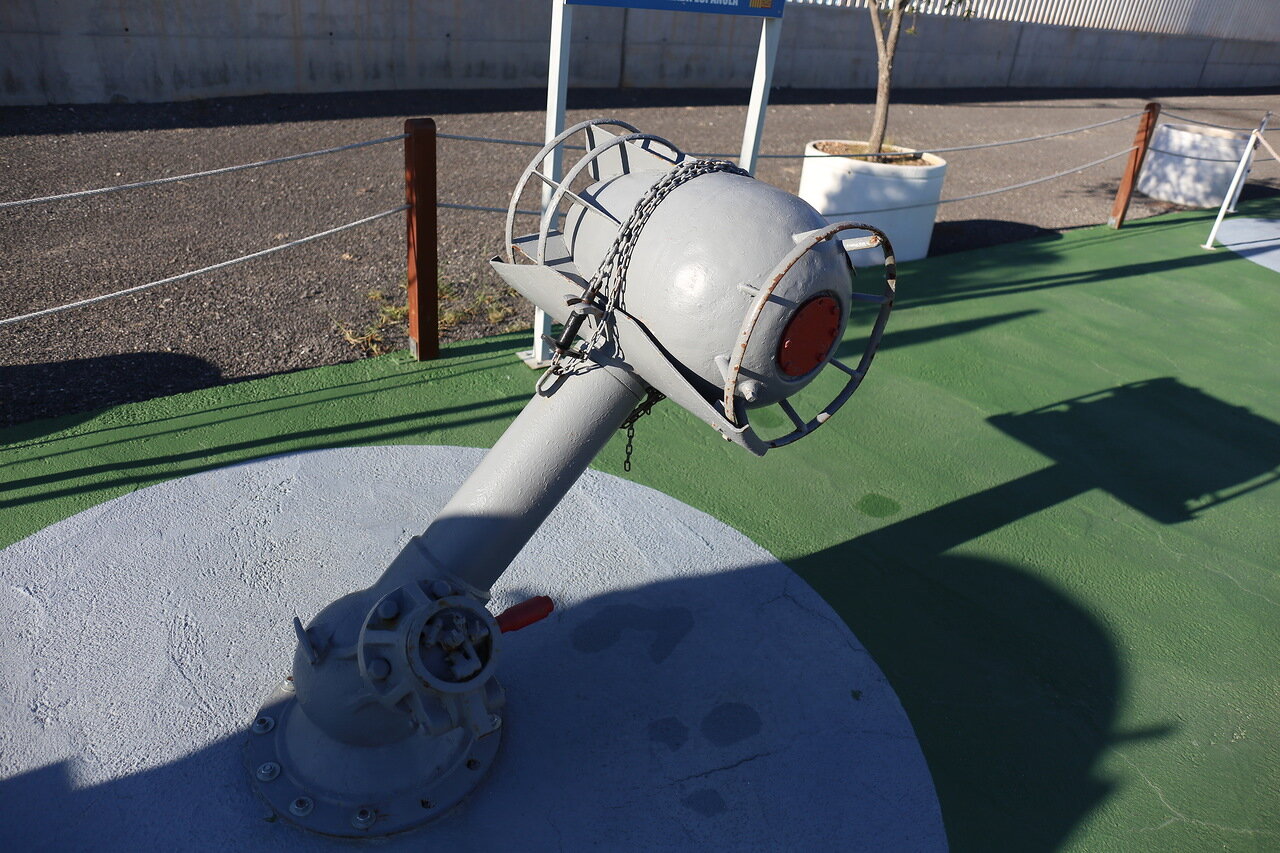 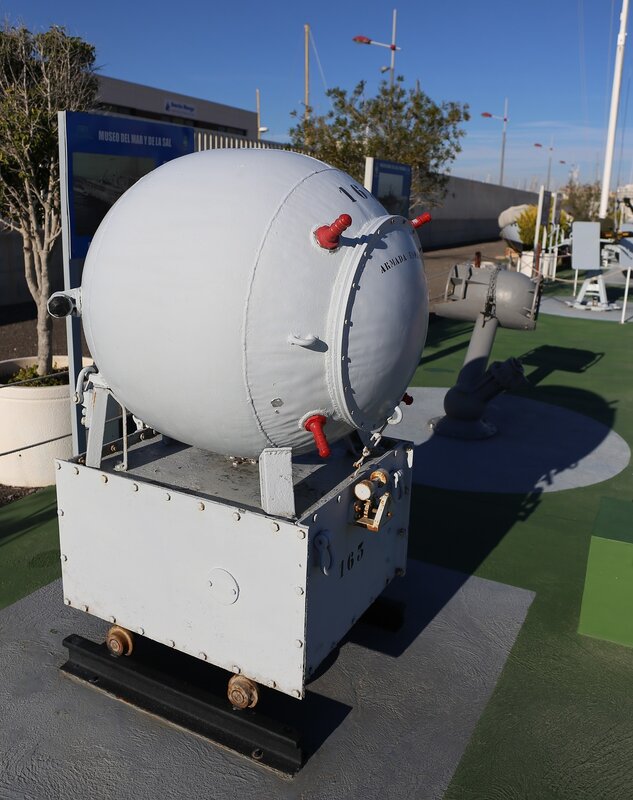 Obús howitzer 105/26 sample 1950, the Spanish company Reinosa. On the shield of the gun emblem armored group GACA XII, which participated in the fighting in the Spanish Sahara in 1974-1975. 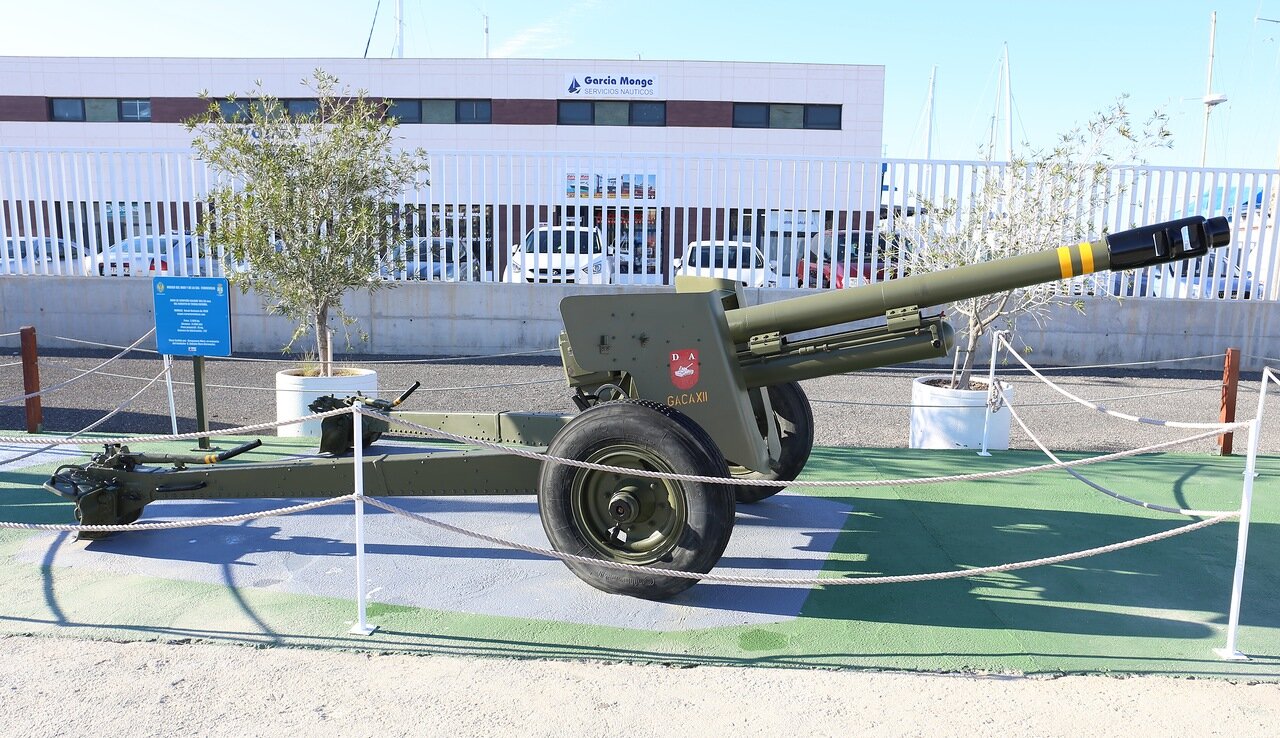