Part of the southern border of Tasso Square is the edge of a deep and narrow gorge with almost sheer walls, going towards the sea. This is part of the so-called Valley of Mills (Il Vallone dei Mulini), a natural canyon where the oldest remains of buildings in Sorrento have been discovered. During the Middle Ages, there was an industrial center of the city, several mills and sawmills were built on the river that then flowed through the canyon. The canyon divided the city into two parts, and at the place where we are standing now, it was crossed by a stone bridge. As a result of seismic processes in the 19th century, the river dried up, and the mills stopped working. In the process of beautification of the city, part of the canyon was filled in and became Tasso Square. In the far part of the canyon, to the south of the square, you can still see the ruins of an old mill. I would like to note that most tourist sites indicate a canyon depth of 100 meters. However, this is nothing more than an exaggeration, since the Tasso area is located at an altitude of about 50 meters above sea level, and the depth of the gorge does not exceed 30 meters 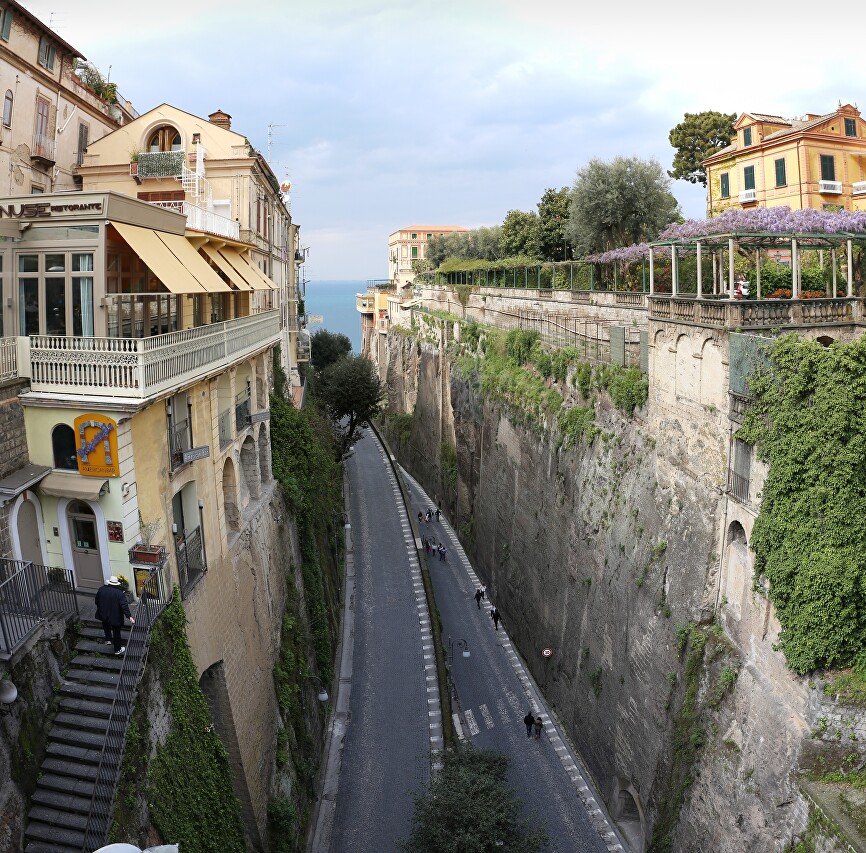 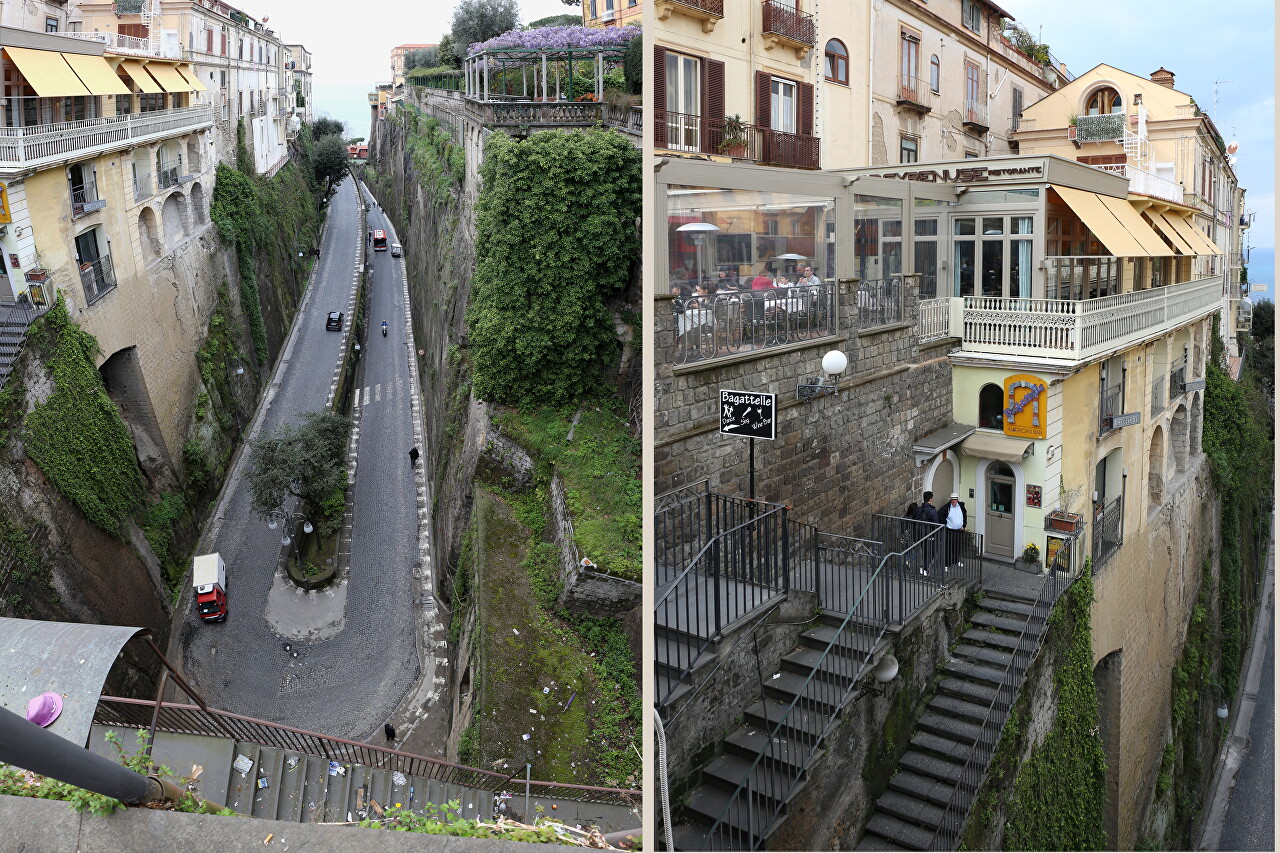 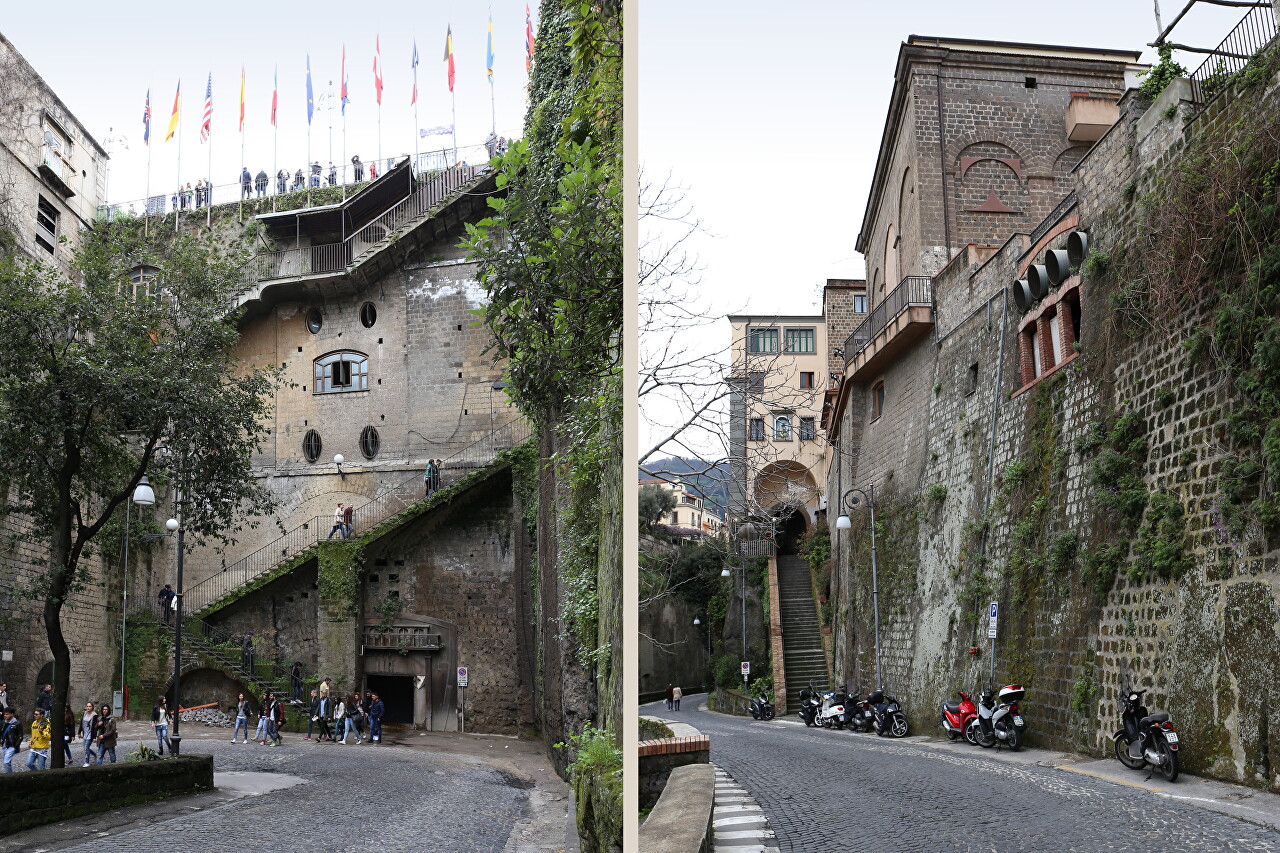 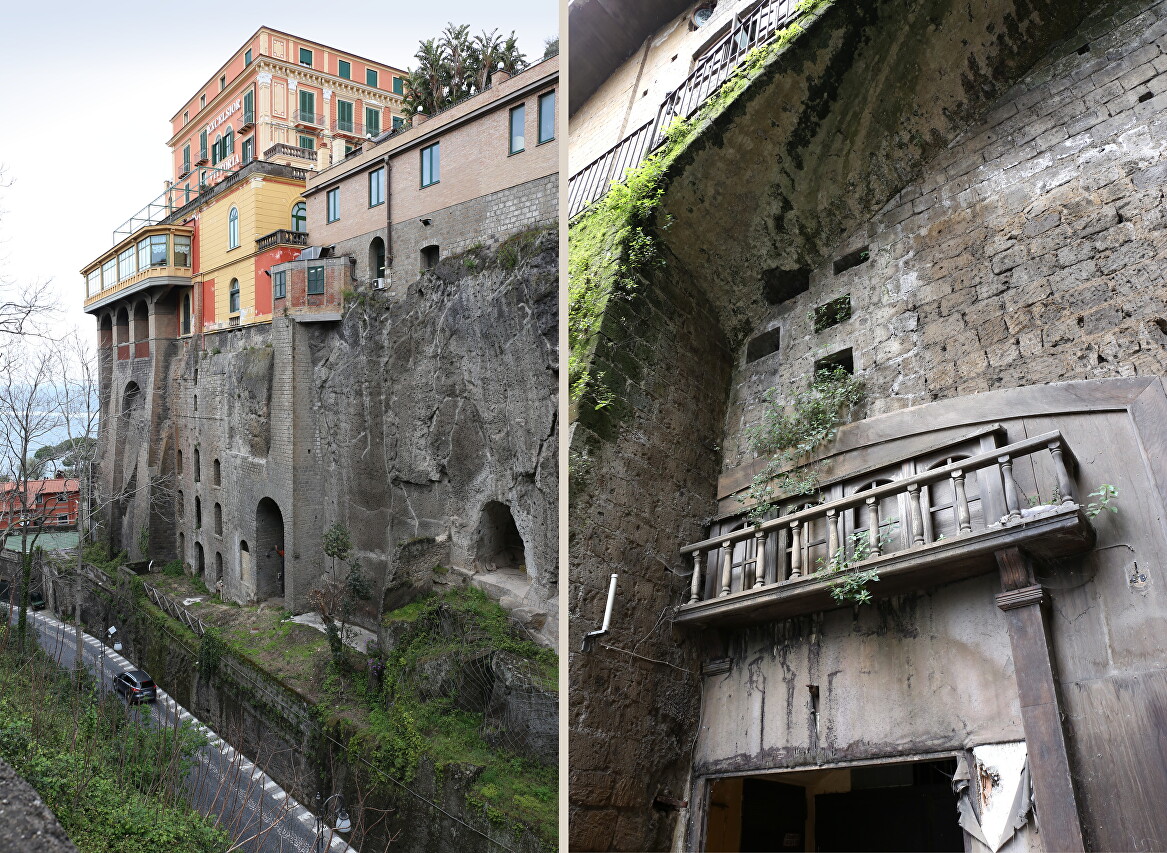 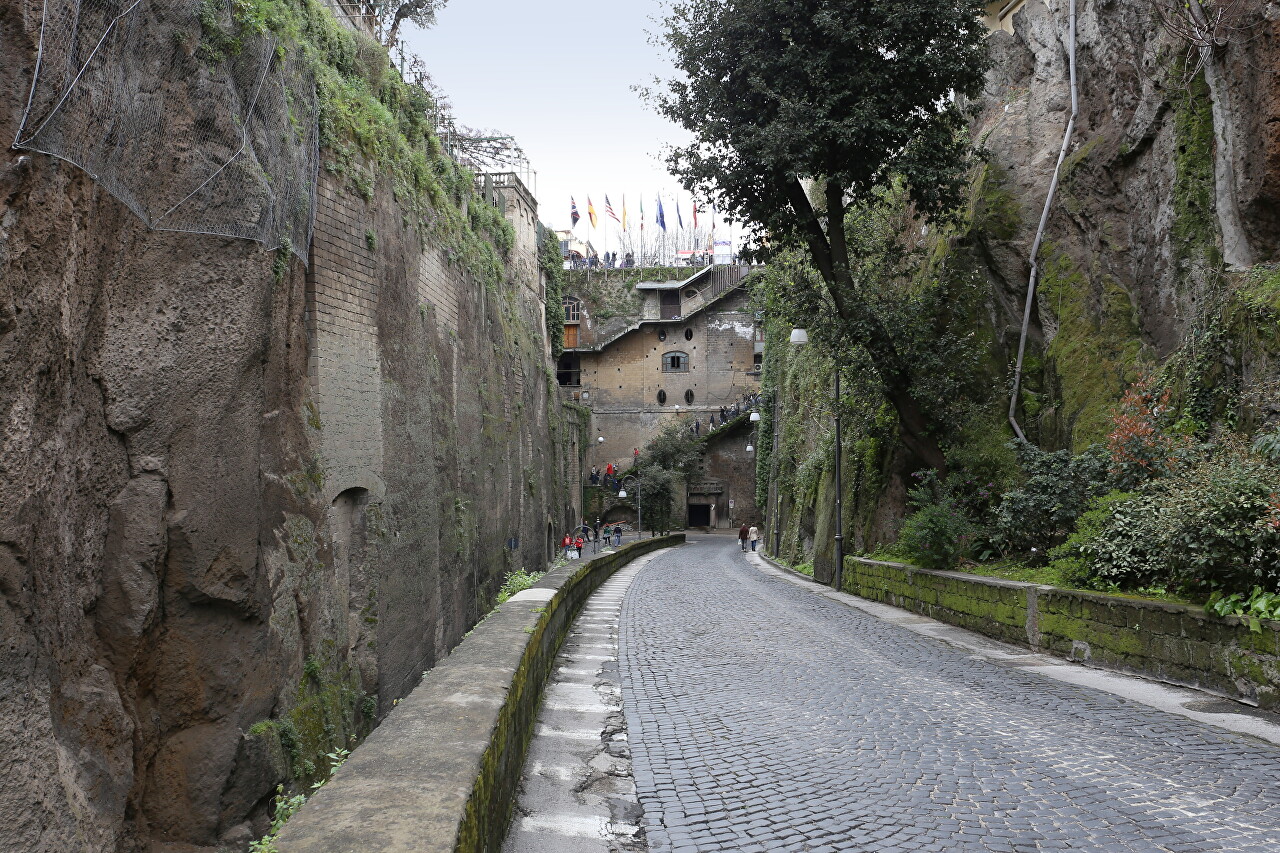