From Ercolano to Vesuvius

While preparing for the trip, I read a lot of tips on how to climb mount Vesuvius - from some sightseeing buses from Naples to a transfer by jeeps from Sorrento. It was a lot easier - the landlady where I was staying, advised to get the train to Ercolano Scavi station, line Naples-Sorrento, supplied me with bus schedules "Vesuvio's Express". The ticket office of this company is located on the forecourt and opens at 8: 40, the first bus departs at 9: 30. Buses run every 40 minutes, the last flight depends on the season, in summer access to the crater is open until 18 hours, in winter it closes 3 hours earlier. 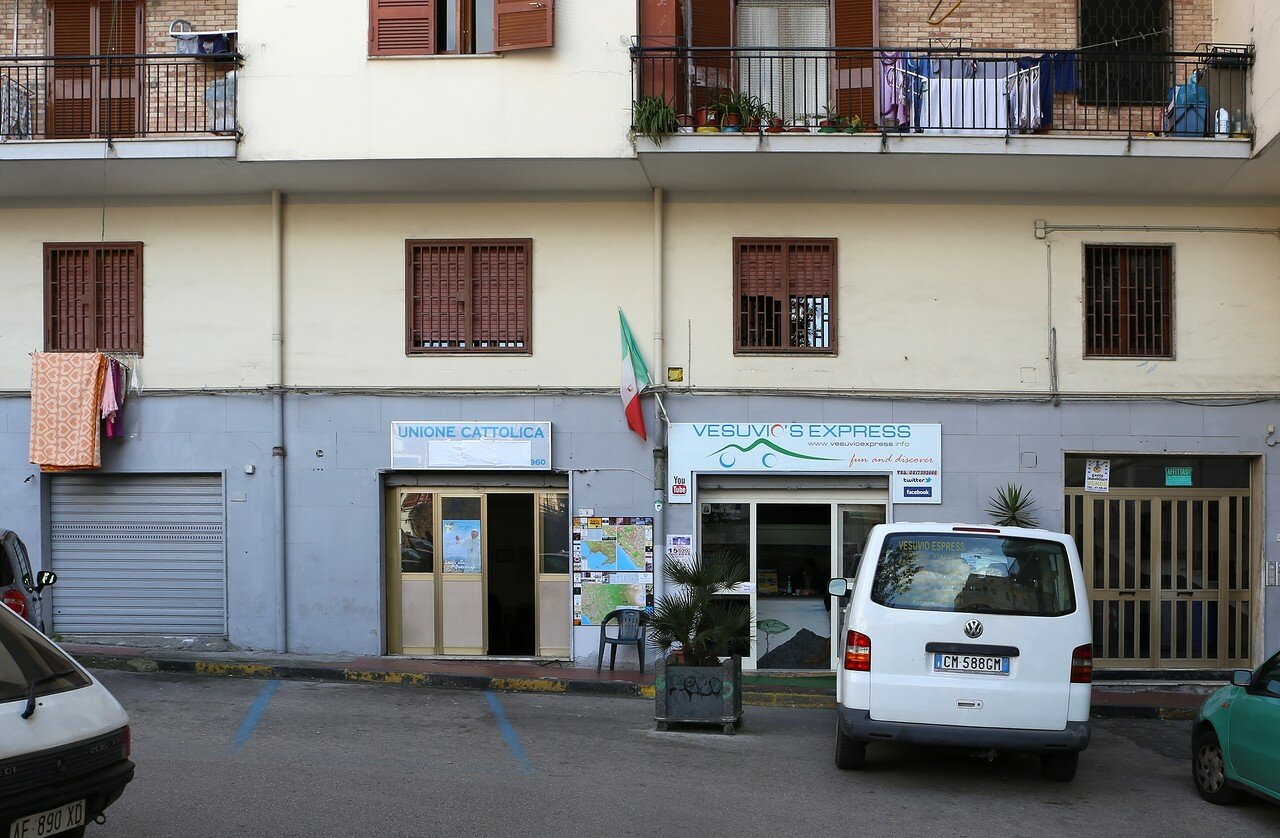 In order to have time to visit Vesuvius and visit the excavations of Herculaneum, I arrived early, and was the first visitor. The ticket, which includes travel and visiting the natural Park "crater of mount Vesuvius" cost me 20 euros. Leaving the office, I began to study the map of Ercolano to the window, wondering where to spend 40 minutes prior to departure as the following wish to climb Vesuvius - a young woman with a son of 10 years and began to study the information in the window of the office. At the same time, they spoke in Russian, obviously having difficulties - all the information was only in Italian, and other excursions were sold here besides Vesuvius. Then the woman called me " sprechen Zee Deutsch? "and was very happy to hear"a little sprechen...". Having found out what was what, they bought tickets and I went to kill time to get to the bus in the company of new acquaintances. In addition, it immediately turned out that we are almost fellow countrymen - they are originally from Perm, but live in Germany. 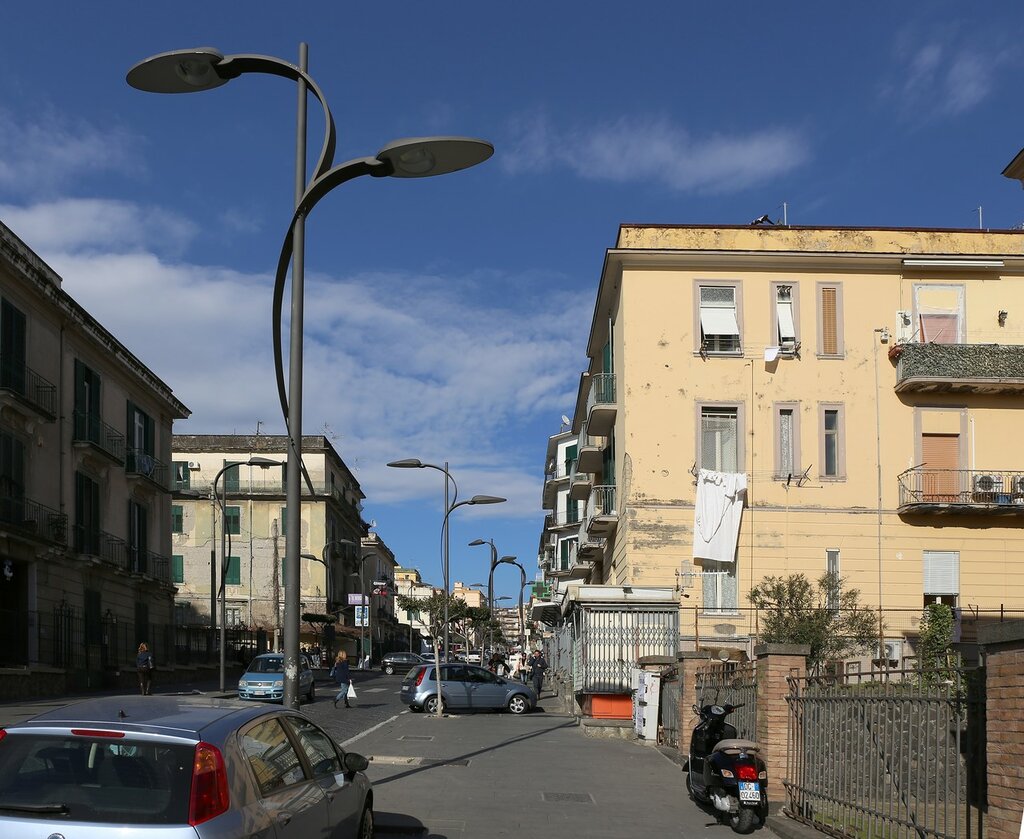 The fountain at which the main streets of Ercolano converge. 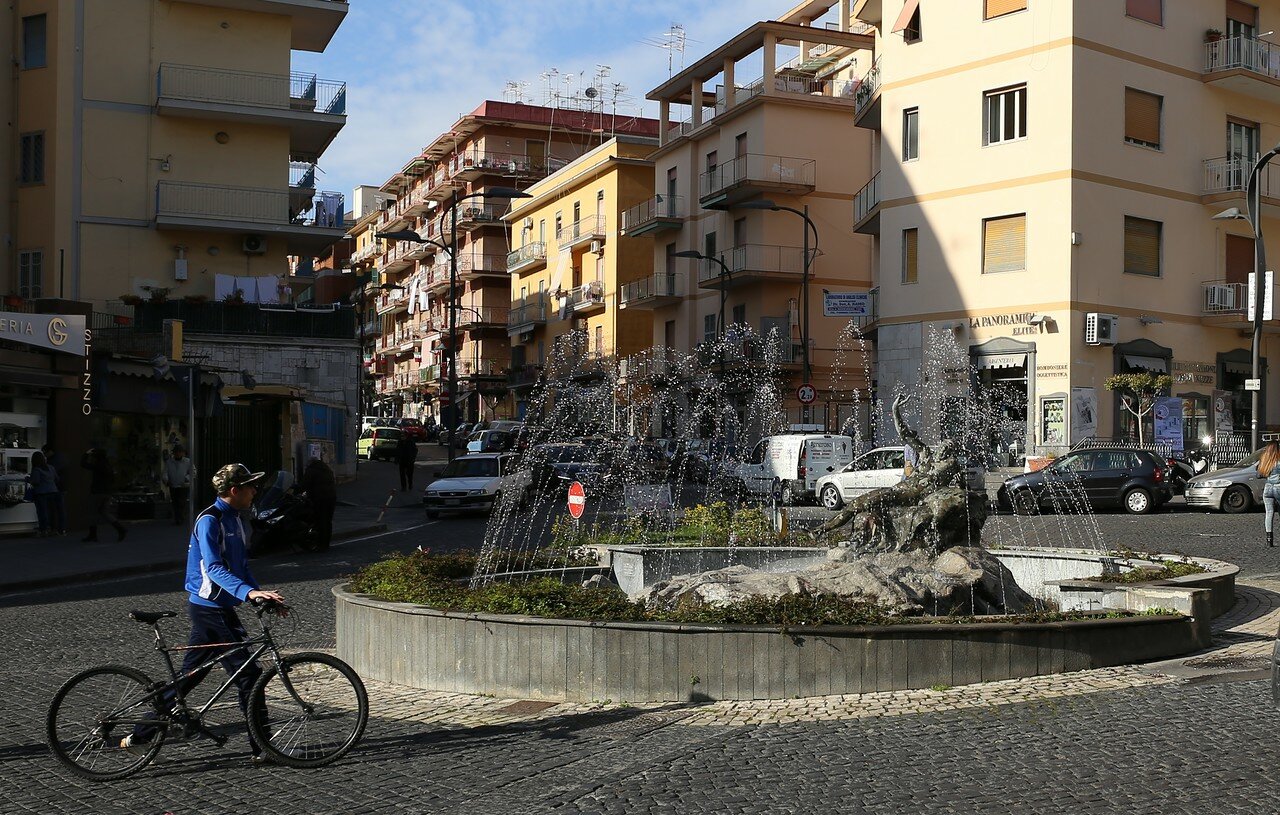 We walked from the station along October 4 street, past shabby houses to the Herculaneum site, and turned back. By the time we got back to the office, there was already a small queue, and our bus had left without a single empty seat. 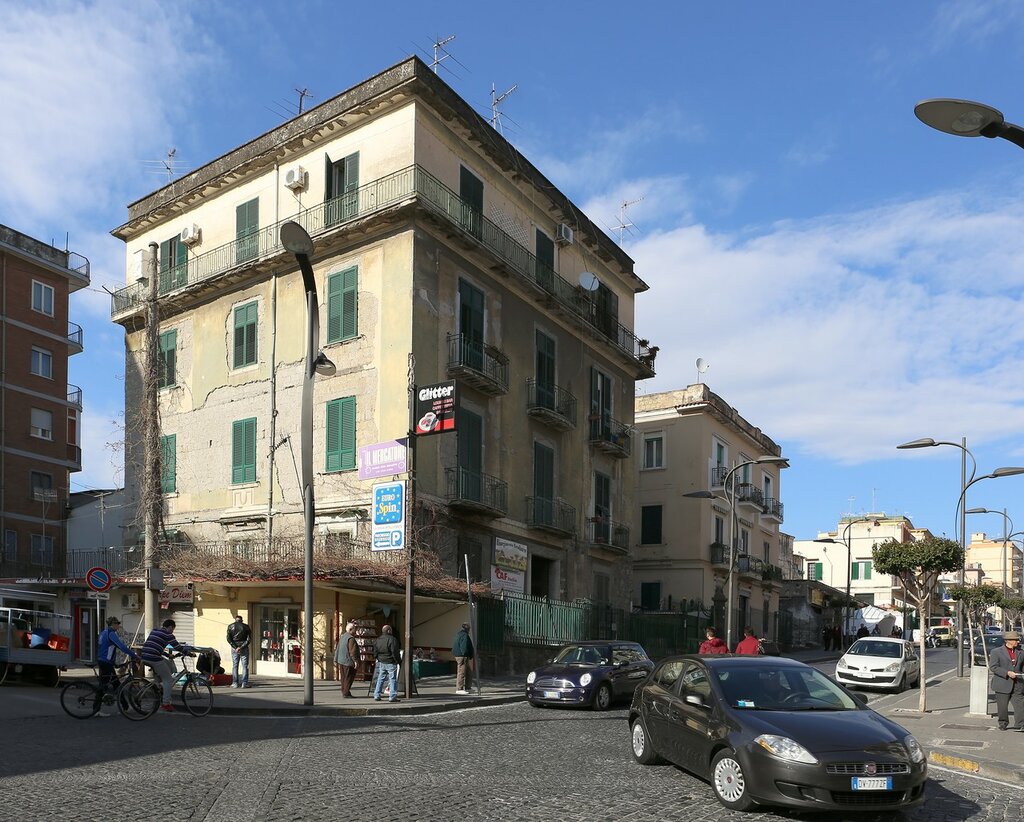 The road ran first through the city blocks, followed by low-rise buildings - villas on huge plots. 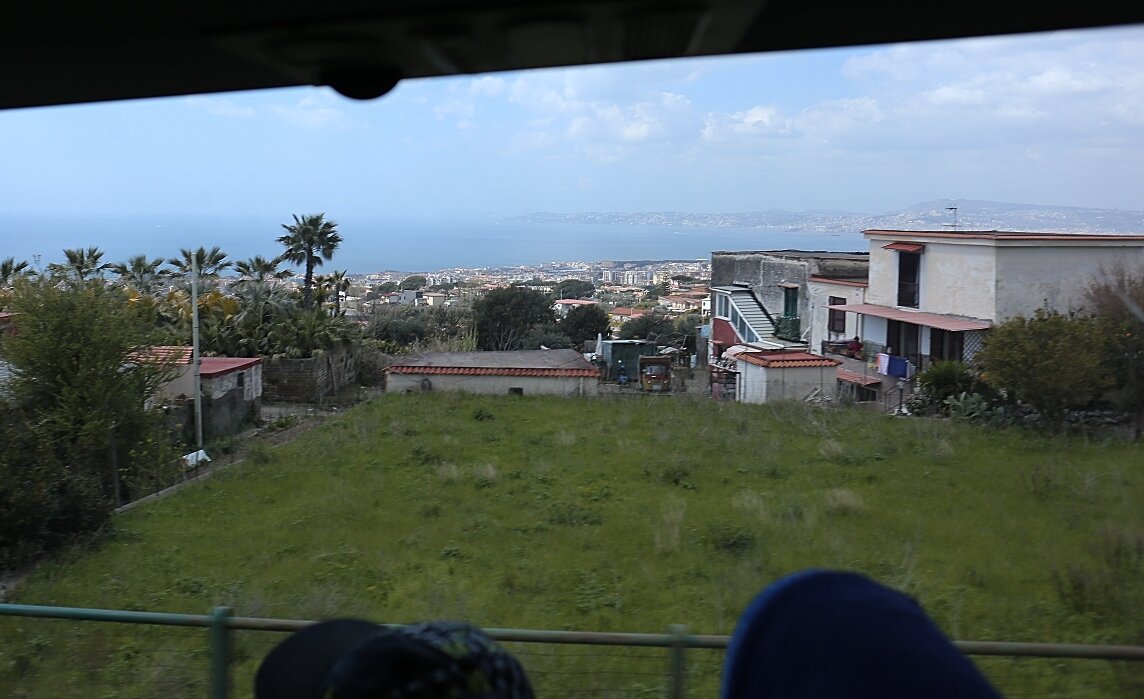 Then the Alpine meadows began. 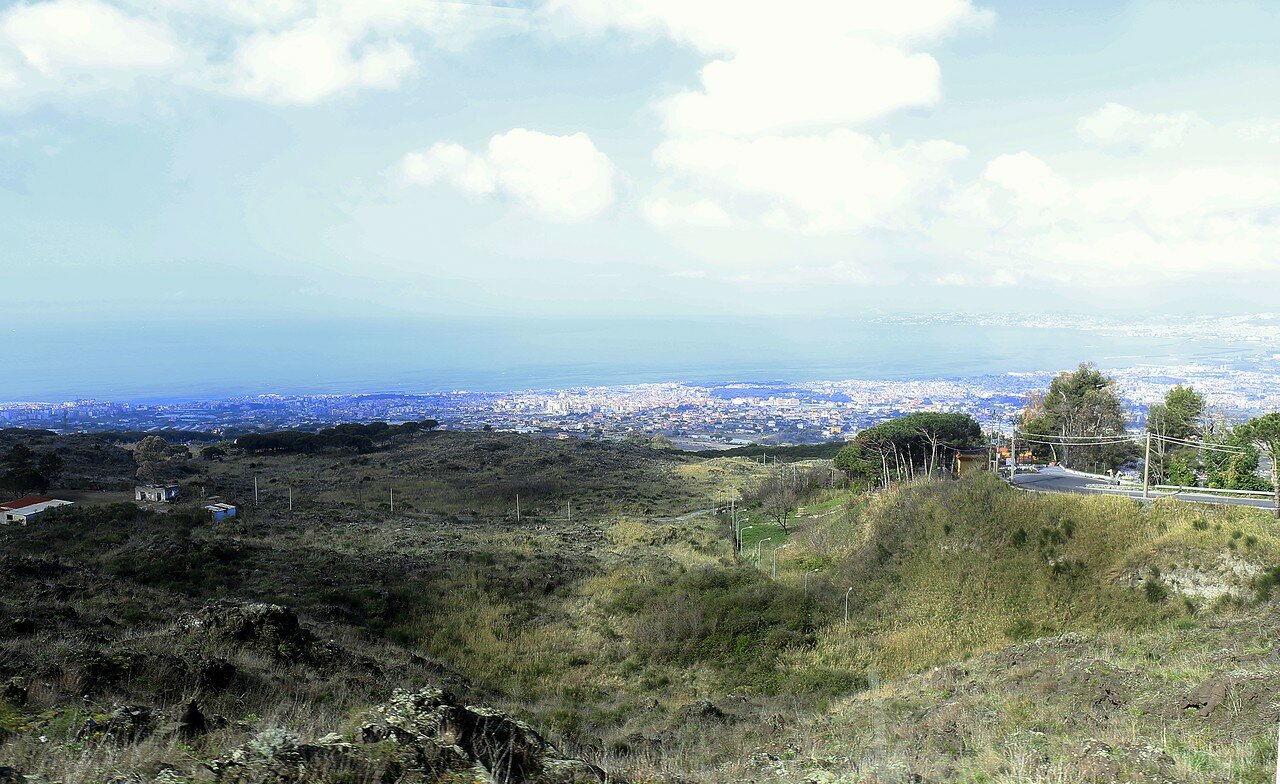 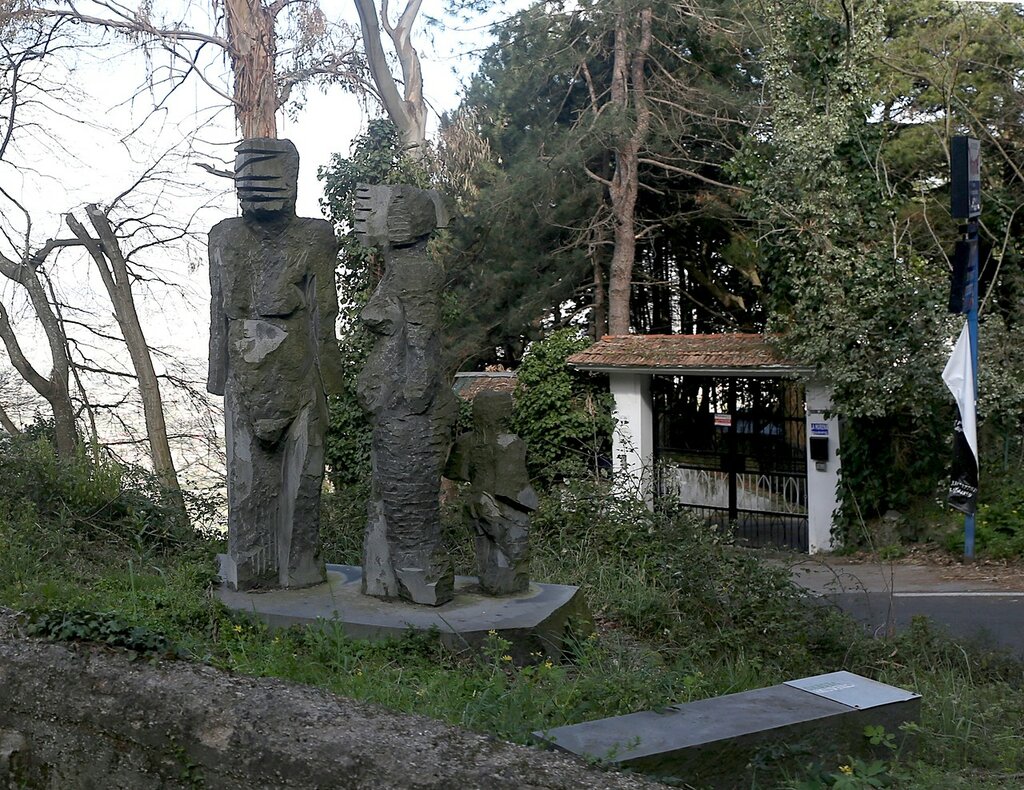 There are masterpieces "cylindrical". 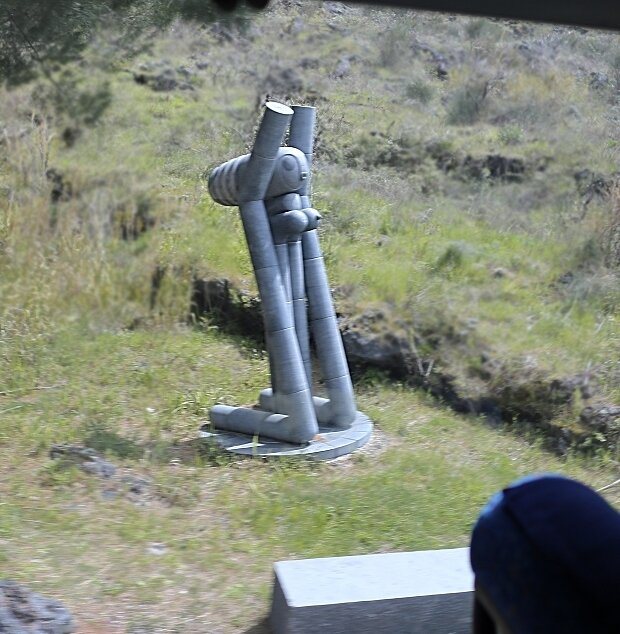 Even higher was the zone of coniferous forests, where we were already winding along a narrow serpentine. 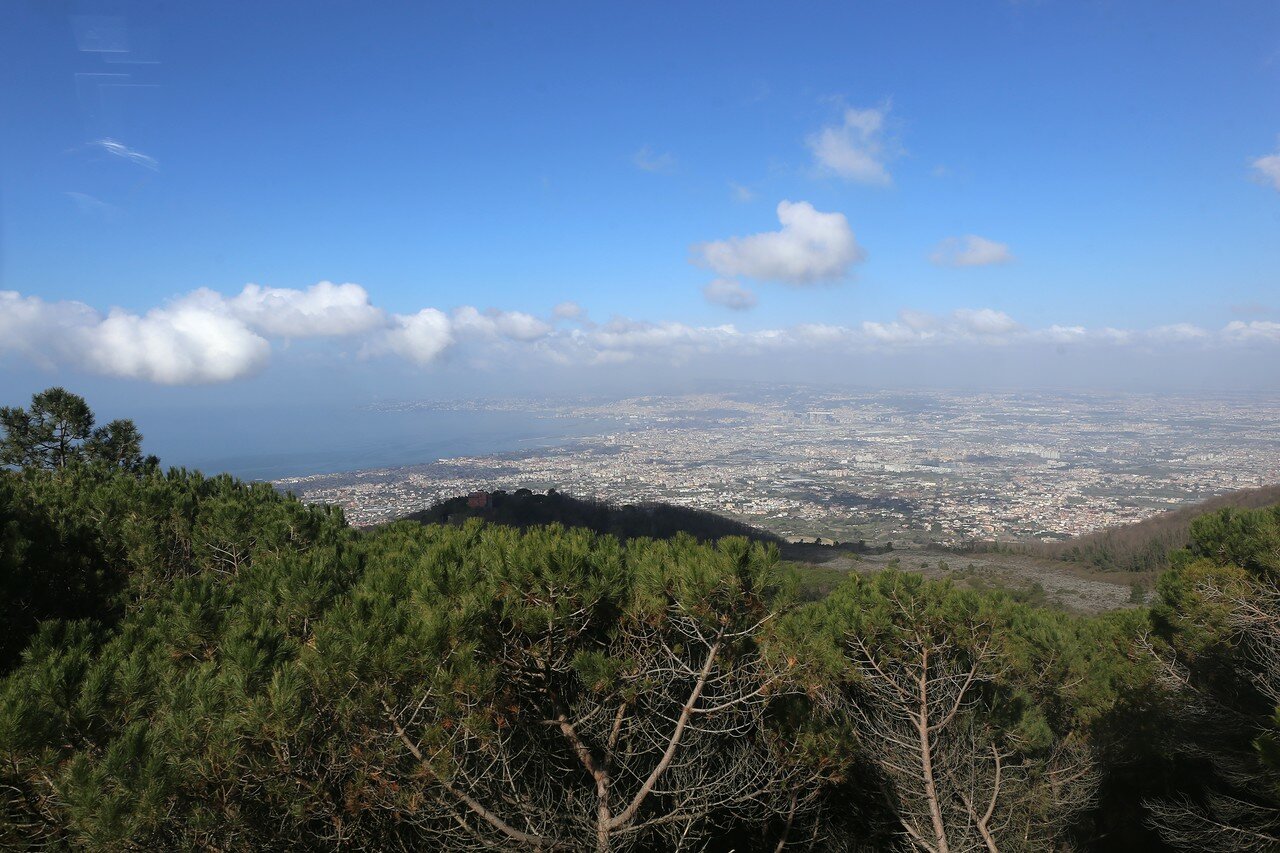 About 25 minutes later, we arrived at the Parking lot located at an altitude of 1000 meters. 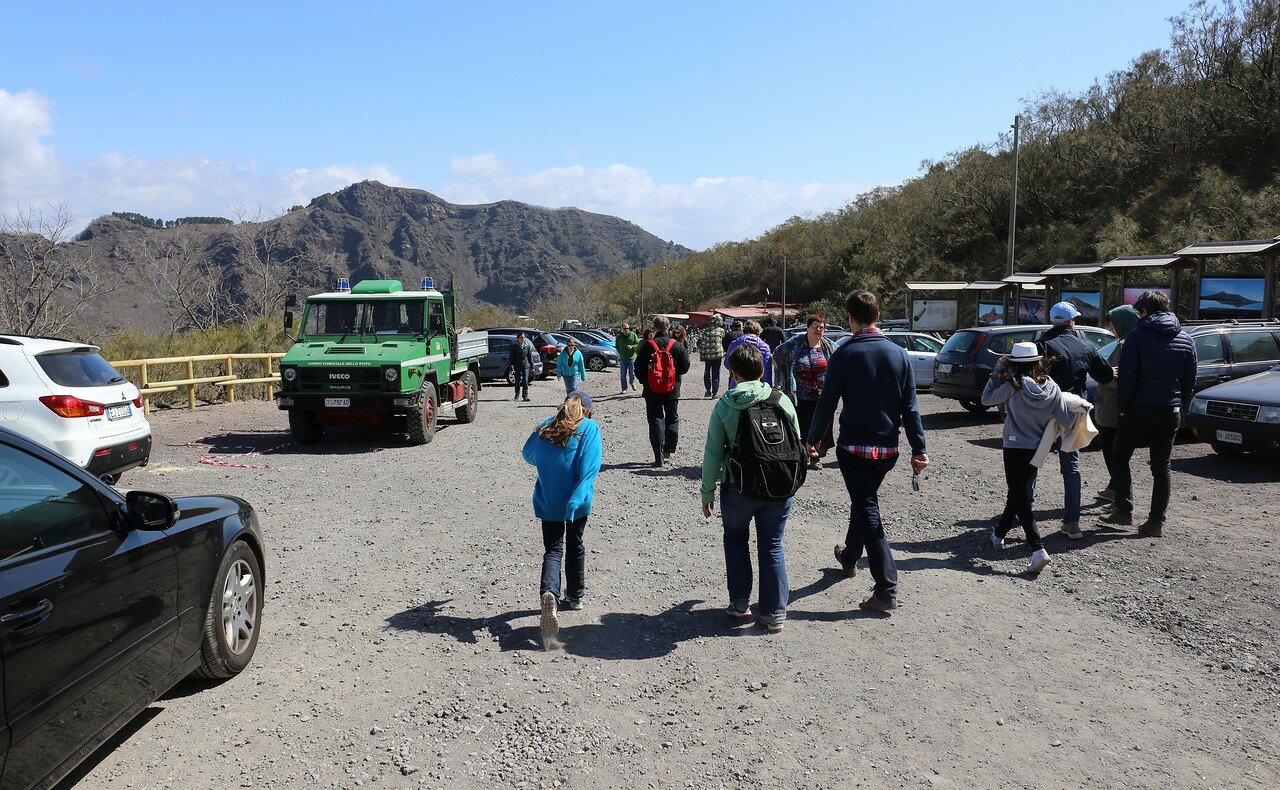