At the end of the day, I took a walk to the seu Vella Cathedral. From my hotel, the easiest way to do this was by taking the Elevator that took me up from San Juan square 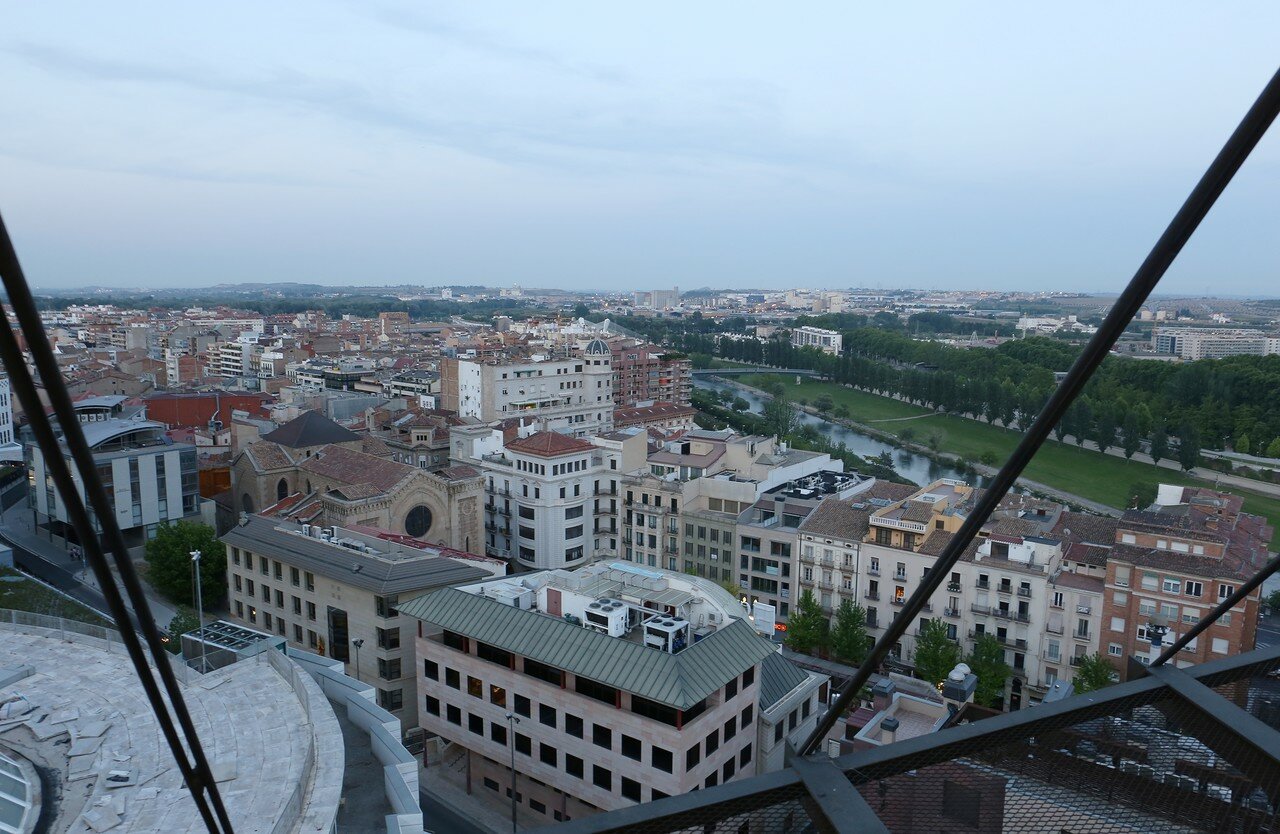 straight to the walls of the old fortress. 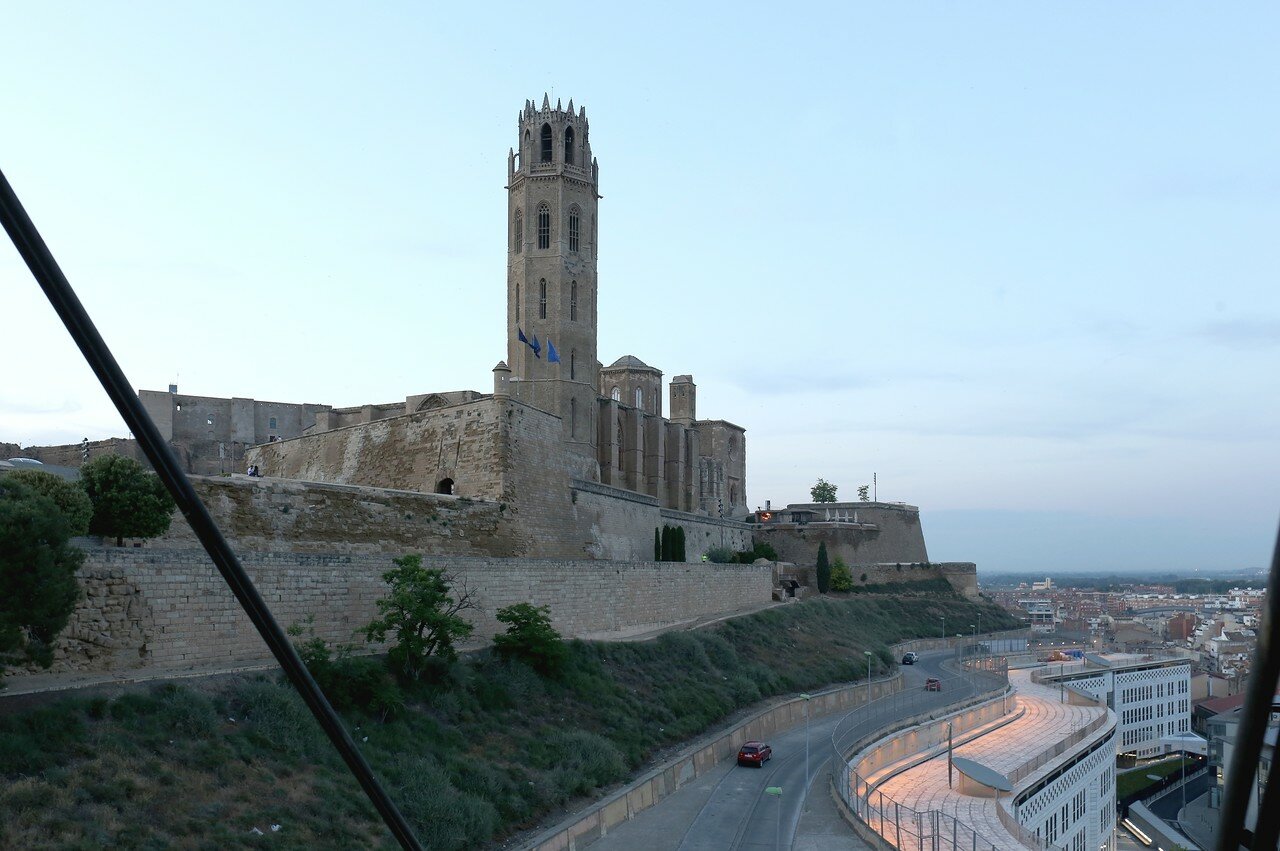 From the Elevator tower there is a pedestrian bridge, which was a little scary to step on, because the boards creak under your feet, and in the gaps between them you can see the ground far below. 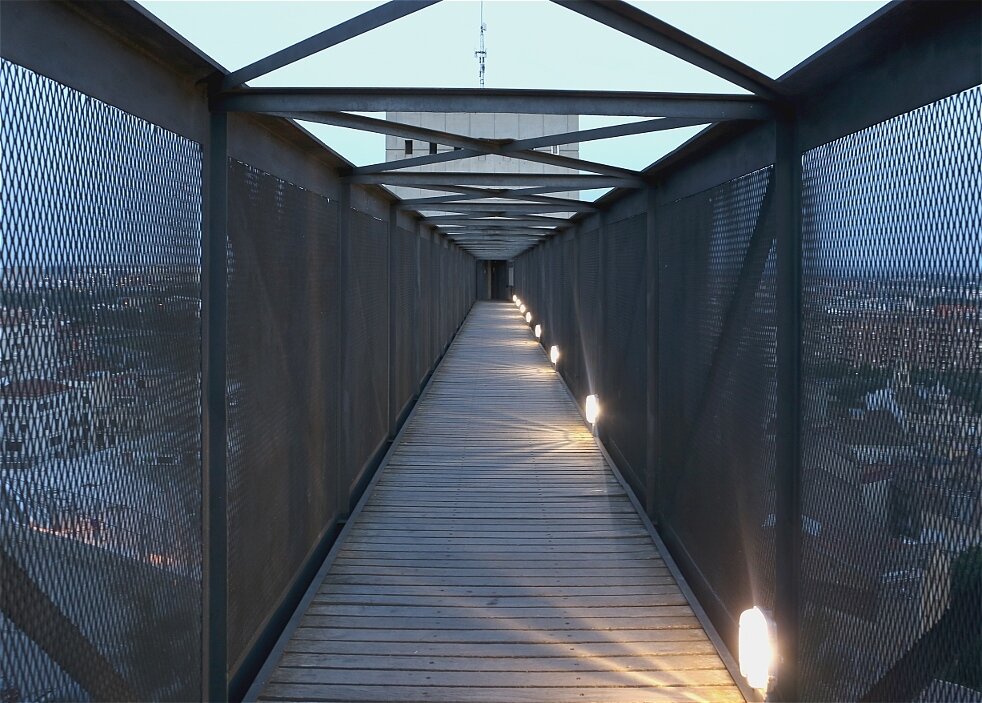 The bridge itself is surrounded at full height by a dense grid, so that for shooting there is a small suspended platform on the Elevator tower, from where the first picture was taken. On the set, the experience is even more exciting, because I only had enough for one frame. Of course, if you stand for a while, the discomfort goes away, but quickly it was getting dark and I hurried to the Cathedral.

The best view of the city and the Cathedral opens from the Eastern Bastion, located near the altar part of the temple.

From the corner of the Ravelin, a good circular panorama was obtained. 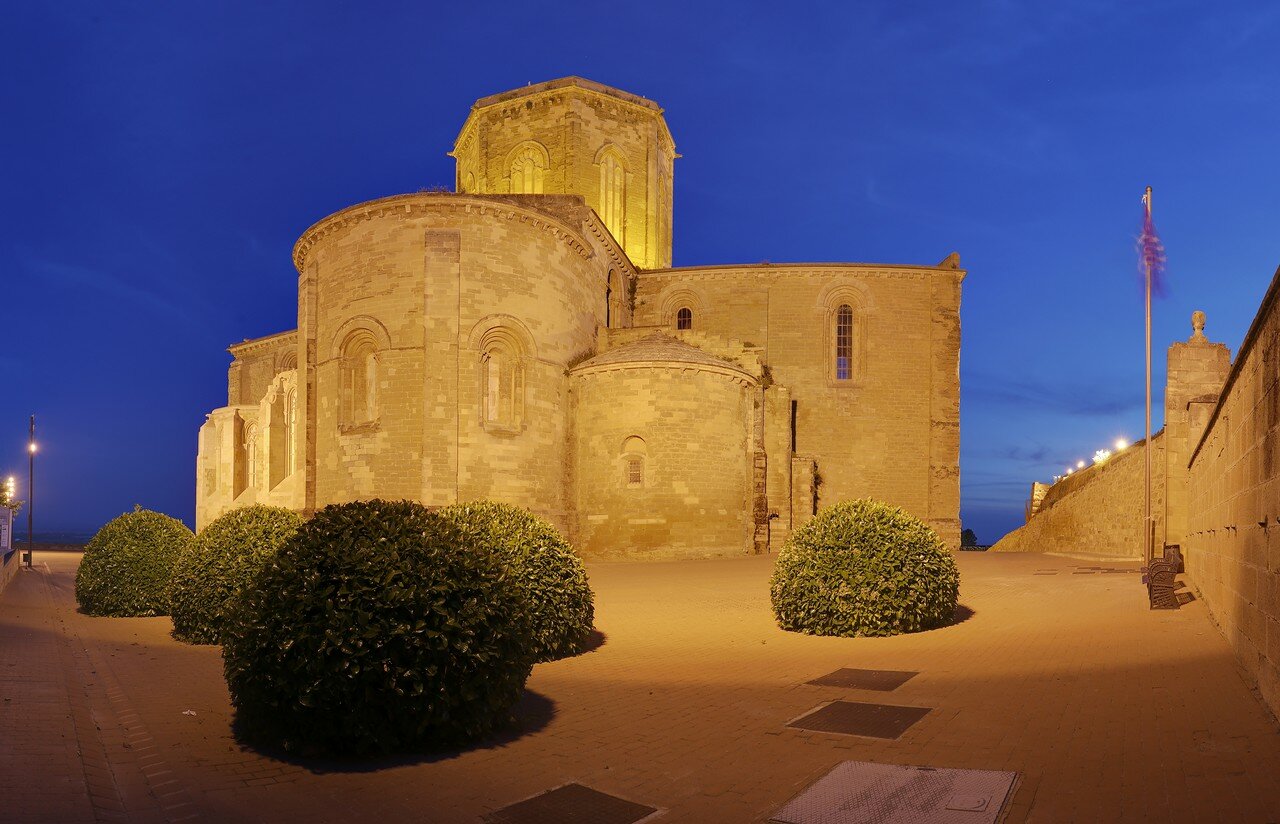 I walked along the North facade of the gathering to the Chateau De La Souda. 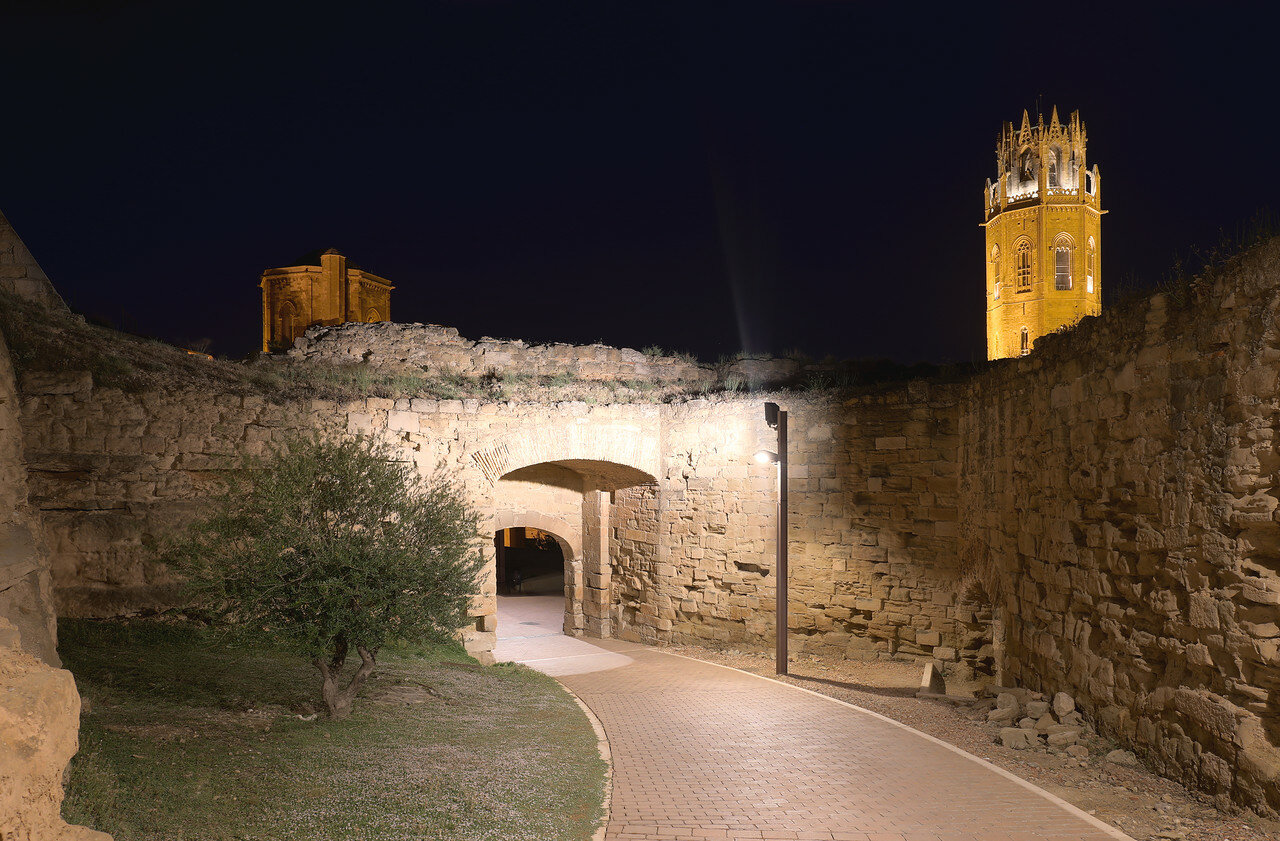 The main facade and portal of the Cathedral can only be captured from one place - not too wide an area in front of it. 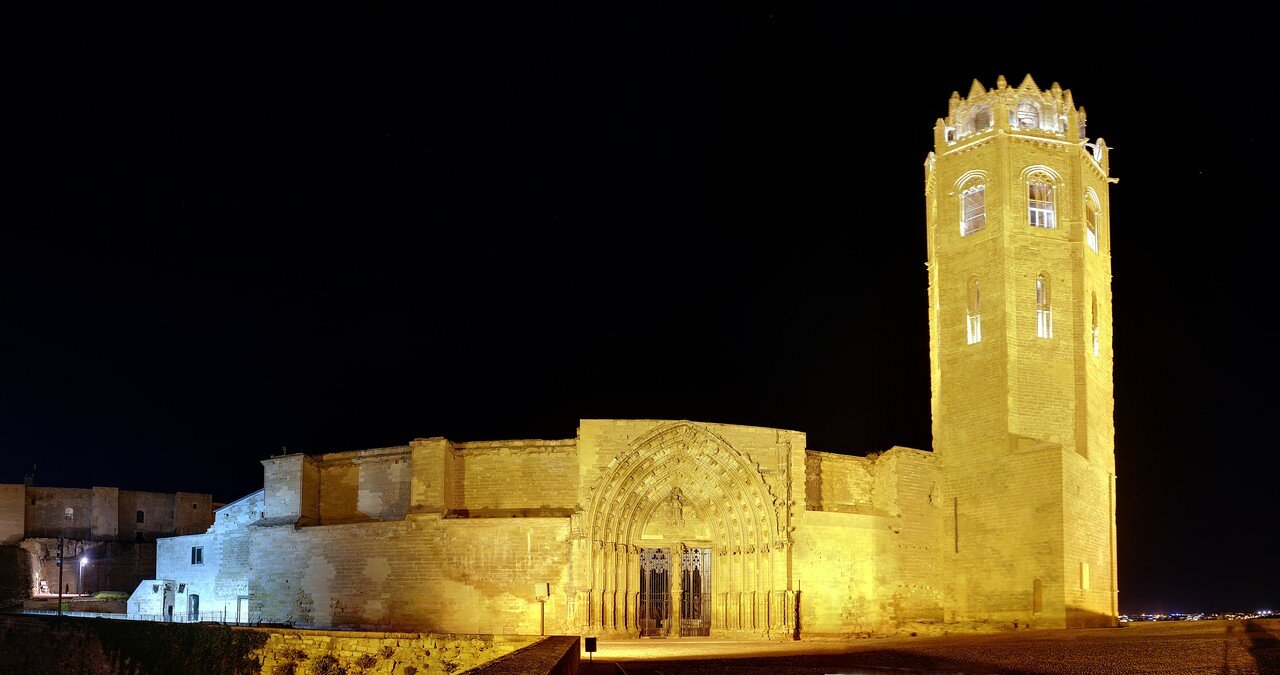 After taking a panoramic view of the Spanish American square and heading down into the maze of streets, the troughs, after some wandering, led me to the New Cathedral. As it turned out, I was wandering in a "bad" area inhabited by Arabs and Gypsies. The next day, I walked through it again, experiencing the gazes of the aborigines (or rather, on the camera), but tonight these streets were completely deserted. 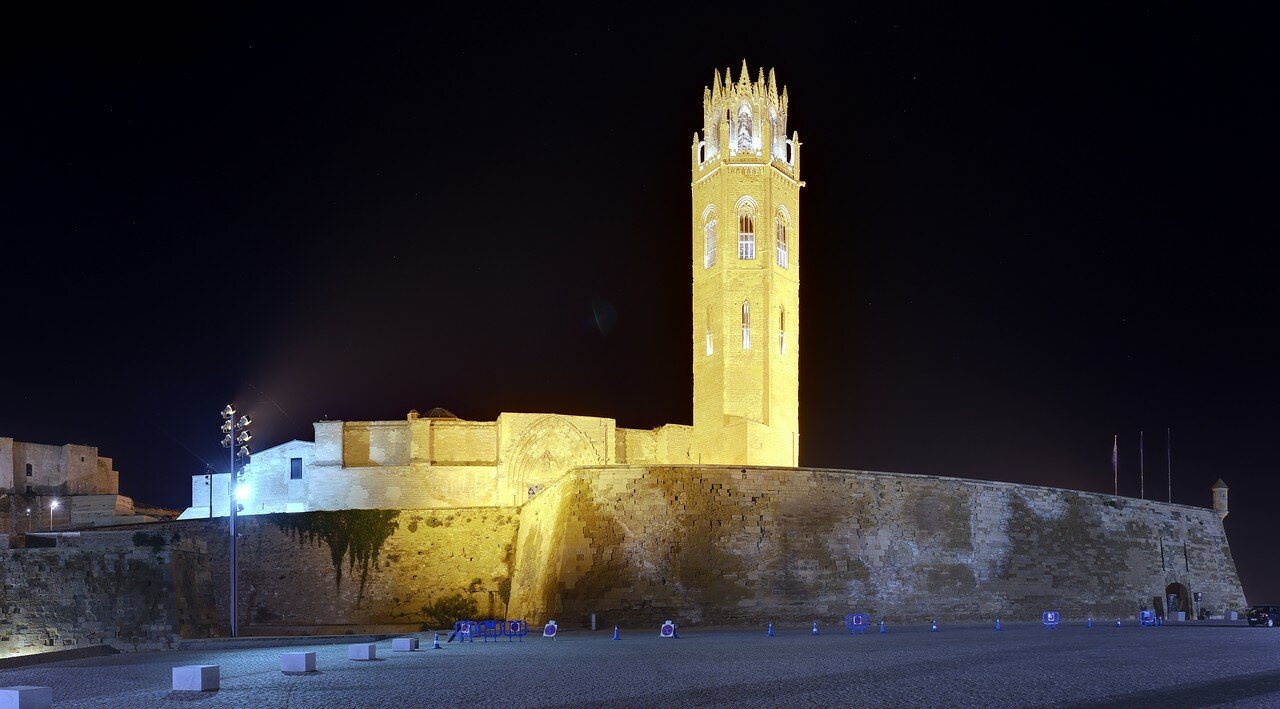